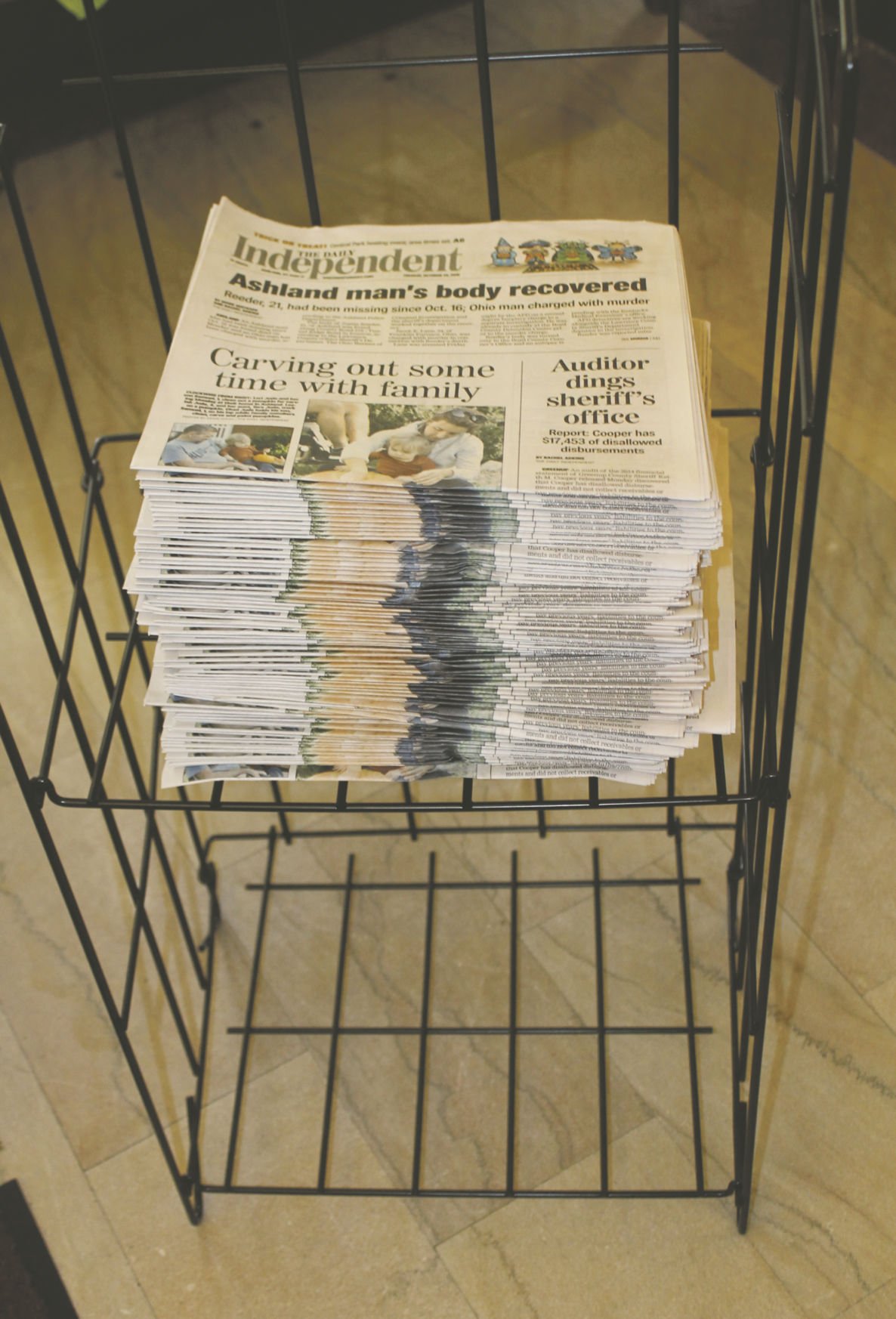 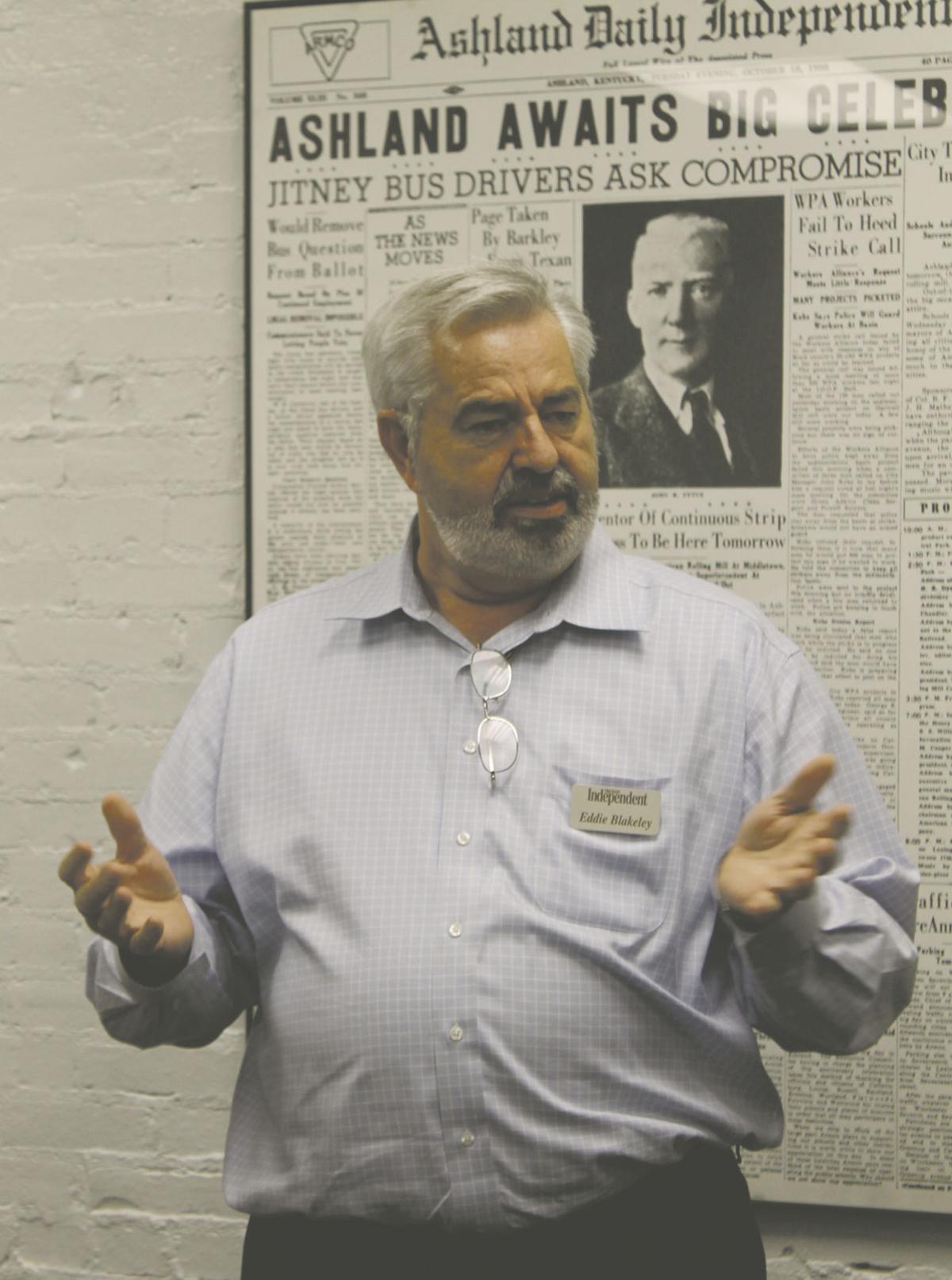 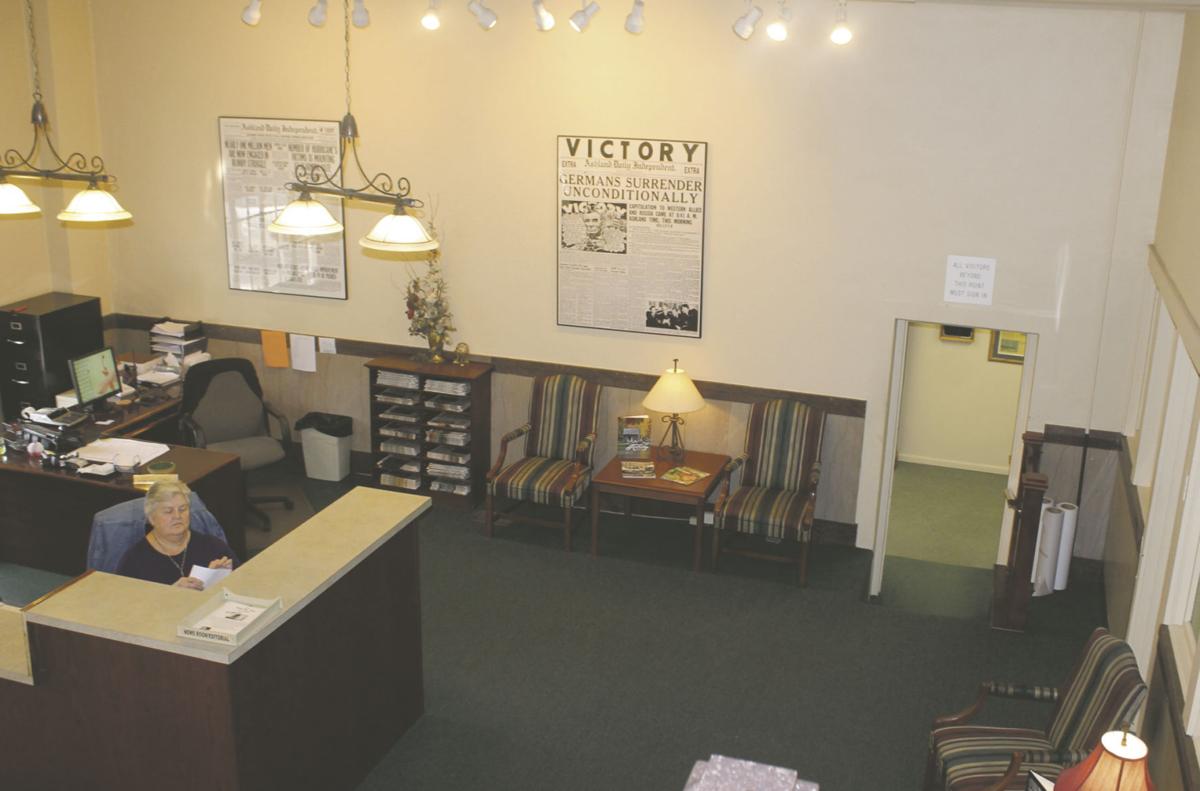 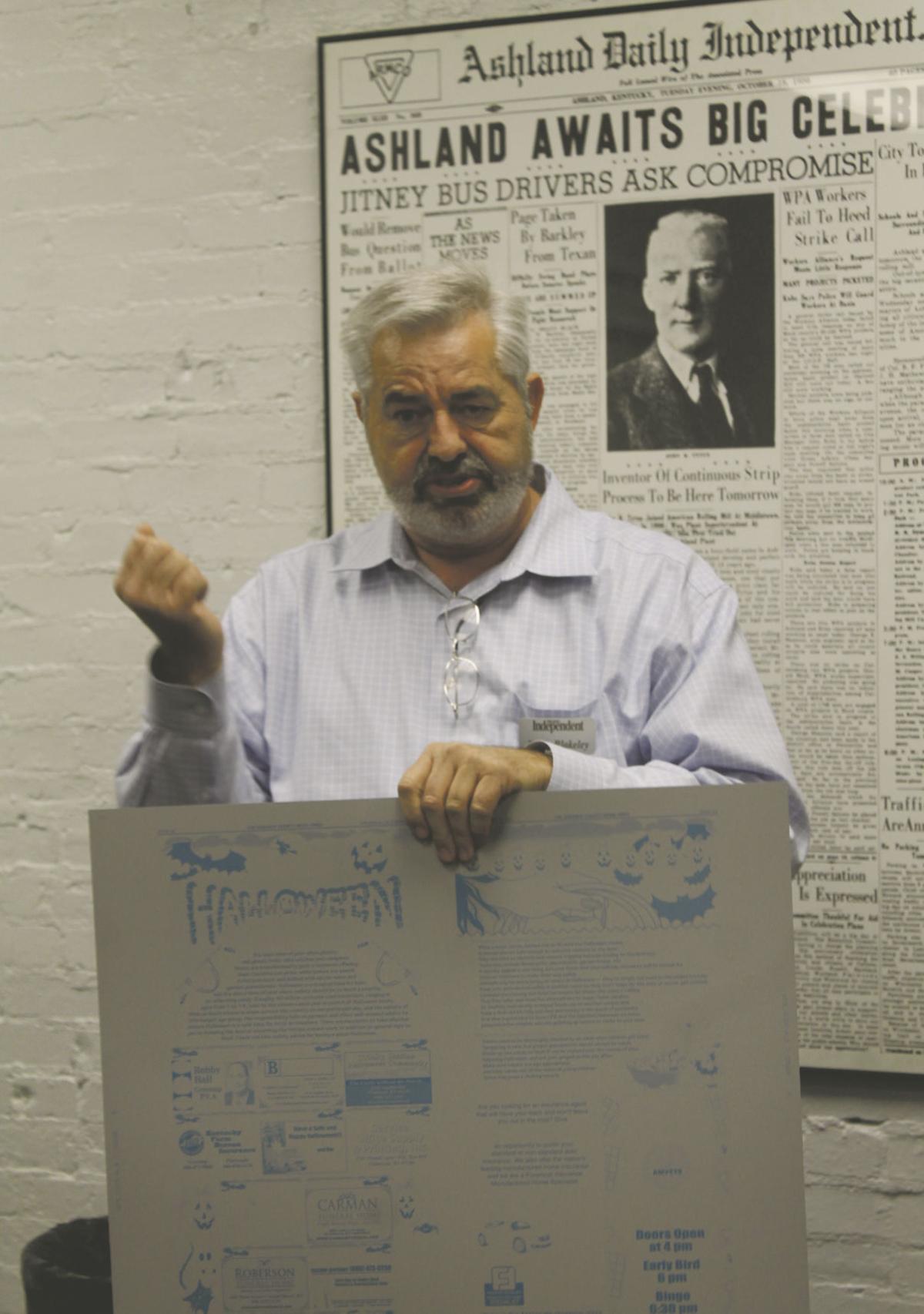 ASHLAND One of the most enduring institutions in the region, The Daily Independent will mark 121 years on Dec. 17 as a continuously published newspaper.

The publication started as the Tri-State Independent in Catlettsburg with publisher G.F. Friel, moving to Ashland in 1900, where on Greenup Avenue between 11th and 12th streets, as many as 10 women were hired to set type by hand for a press driven by a water motor.

In 1910, Friel sold half-interest in the Ashland Independent Publishing Co. to B.F. Forgey of Ironton, who had been its editor for seven years.

The newspaper moved to its current location on 17th Street in 1912; a remodeling project in 1925 doubled the building’s size and during the coming decades, the business grew to incorporate other adjacent buildings.

Ashland Independent Publishing Co. was purchased in 1921 by the families of Forgey and James T. Norris Sr. of Augusta, a former Marine Corps member who served in World War I.

At 88, James T. Norris Jr. said he recalls his father’s work as associate editor and vice president to Forgey’s editor and president posts.

“On the weekends when Dad was there pounding the typewriter, I would go down and visit him and my grandfather,” Norris said, who eventually joined the staff as a reporter who covered the integration of the Ashland school system.

“Ashland was one of the earliest communities that integrated its schools,” he said. “But it was the first to integrate the faculty. Others patted themselves on the back for integrating the school, but we did the same with the addition of faculty.”

“We had some high-quality black teachers there who moved into the Ashland schools,” he said.

Norris said he remembers the community being generally receptive to the idea, despite a few “pretty hot letters to the editor from a few people.”

“It was a complete success,” he continued, noting the school board, which consisted of businessmen Claude Fannin, F.F. Crawford and Donald Putnam, led the charge. “It was a glorious chapter in our history.”

By then, Norris Sr. had become the newspaper’s editor; he and Forgey ran the paper for more than 40 years.

The newspaper had experienced growth since after the 1937 flood of the Ohio River, when publication was suspected briefly as 40 inches of floodwaters seeped into the ground floor of the building, making operation of the press impossible. The publication was printed temporarily on the presses of the Big Sandy News in Louisa.

A new press was purchased the year after the flood and bureau offices were operated in Greenup, Johnson, Carter and Rowan counties.

Norris Senior became chairman of the board and McCullough president and editor when the senior Forgey died in 1960.

Norris said he had a major role in The Daily Independent’s switch to electronics.

“I urged my father to go from hot metal to cold type,” he said. “I thought it was a forward-looking step, if I do say so myself.”

The change to offset press occurred in 1971, and with it came expansion into an adjoining building to accommodate a seven-unit, 56-page machine. The format changed to six columns that were wider than the previous eight columns. Computer systems were added in 1977 in the editorial and classified departments. The Daily Independent was among the first Kentucky newspapers to use computers.

Norris, who became publisher in 1972, said he’s most proud of the relationship management had with labor during his reign.

“Labor issues had to be faced and resolved,” he said. “I was a friend of the union. I considered members of the union colleagues as well as employees and they got ’er done.”

The newspaper was sold in 1979 to Ottaway Newspapers, Inc., a subsidiary of Dow Jones and Co. Inc., which also owned The Wall Street Journal.

Robert McCullough Jr. was named publisher of the newspaper, a position he held until 1984 when he was succeeded by John W. Del Santo.

Editor of the newspaper going into the sale was Paul W. Sierer, who had been an editorial employee since the mid-1950s. Sierer continued as editor until his retirement in 1989.

His successor was Wickliffe R. Powell, who had worked at the newspaper periodically since 1963.

The newspaper was sold to Comunity Newspaper Holding Inc. in 2002, at which time  Roger Coleman became publisher.

In May 2003, the daily newspaper changed to a morning delivery cycle and adopted a different size according to industry standards.

In October 2003, Eddie Blakeley, formerly the publisher of The Portsmouth Times, was named publisher.

Mark Maynard, another longtime employee who started at the newspaper in 1975, was promoted from managing editor to editor in 2012.

One aspect of The Daily Independent that has never changed is its role in the community, Norris said.

“A free press is vital to democracy,” Norris said. “People must be informed for democracy to work and that’s why journalism has ideals. You build your reputation through truth and ethics. It’s the same with bankers and lawyers. Truth is the foundation.”