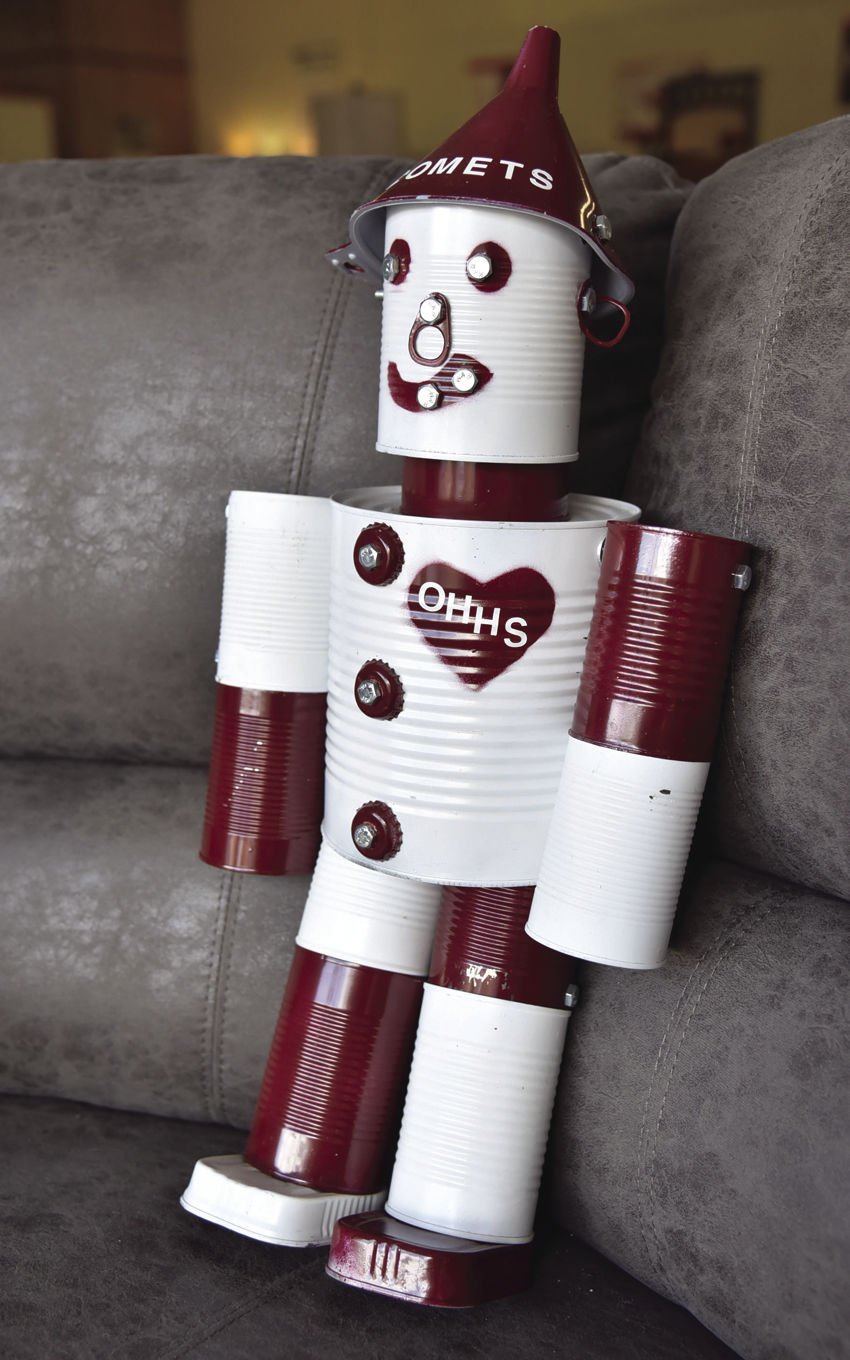 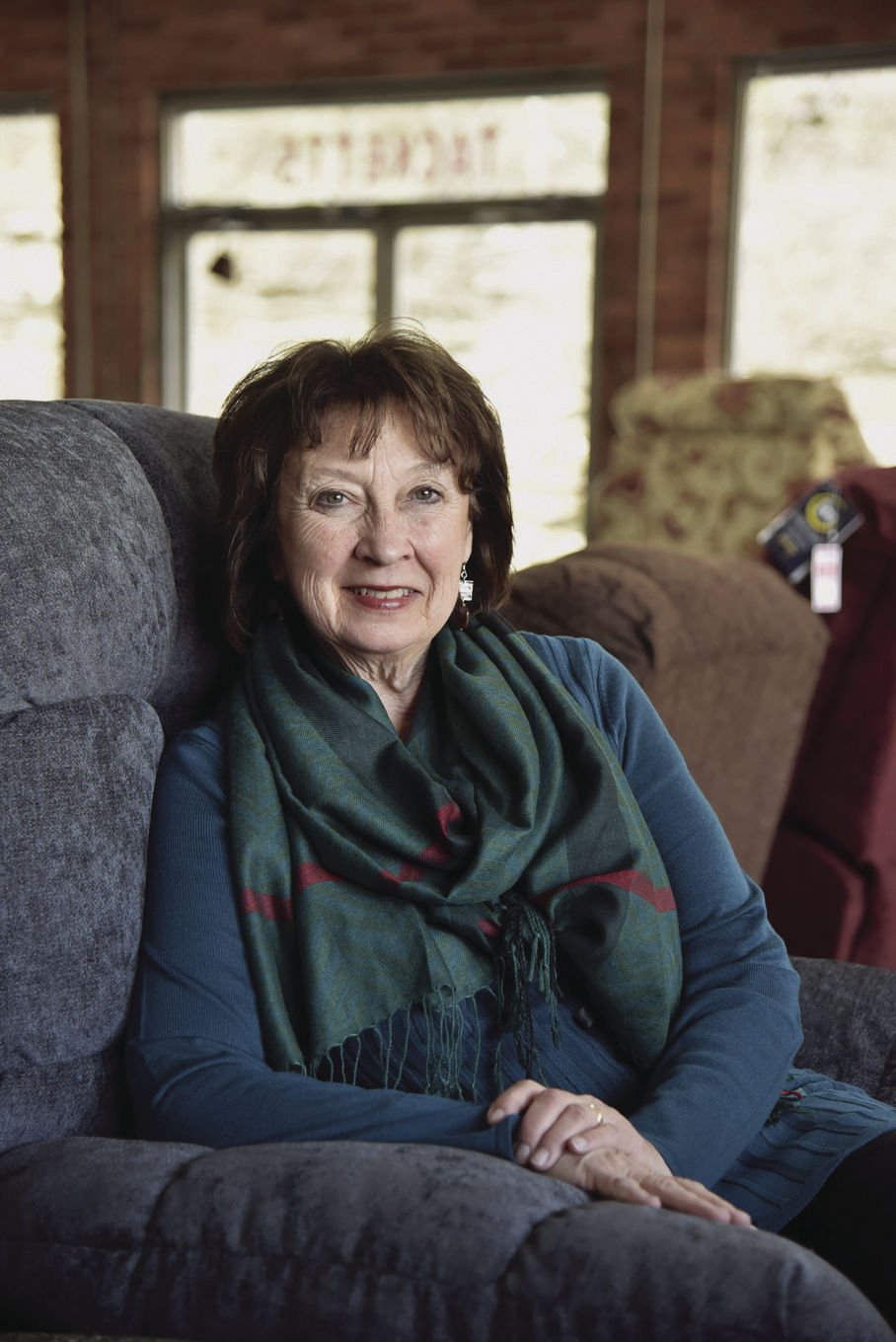 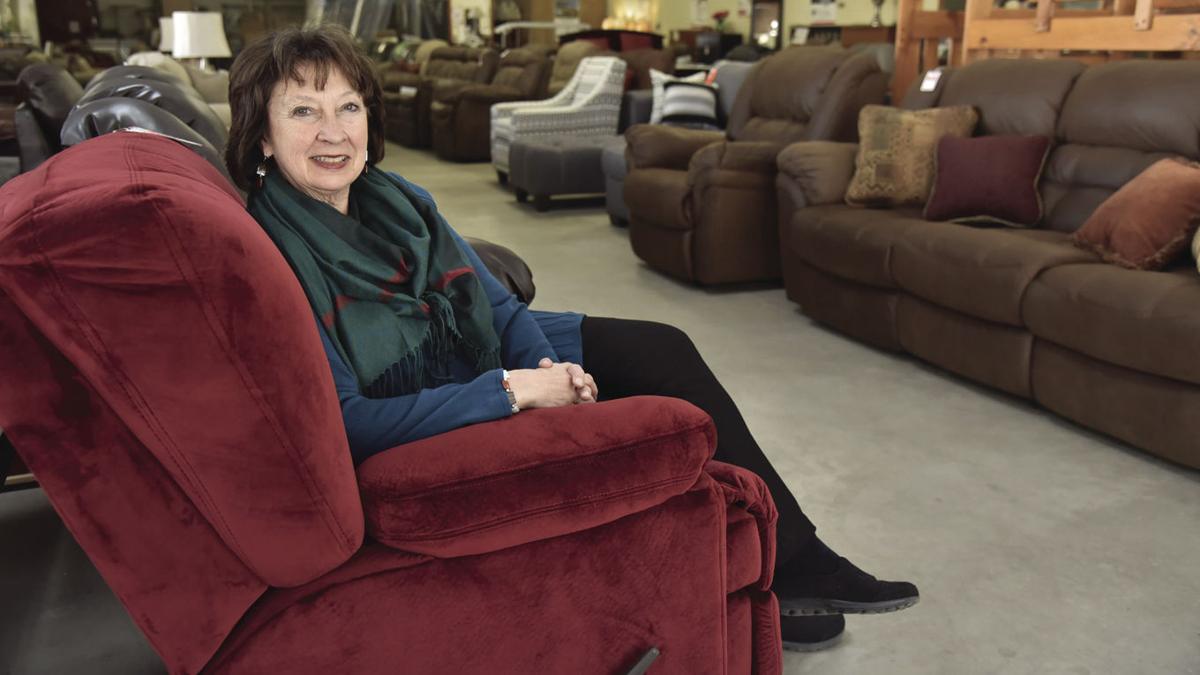 OLIVE HILL One of Debbie Baker Harman’s loves is saving her family’s history.

It’s also a large reason why she runs Tackett’s Furniture on Tom T. Hall Boulevard in Olive Hill when she could be a retired clinical psychologist.

It’s not the only reason.

“It provides retail opportunities for the community,” Harman said. “We’ve lost a lot of business in Olive Hill.”

Harman is a third-generation owner — she inherited the store from her father, the late James Carcel Baker, when he passed away in 2007. She didn’t intend to sell sofas, recliner chairs and beds until she returned to Carter County to settle her dad’s affairs.

“The store was still here, and it still had a lot of merchandise,” she said. “I had a lot of people helping me, we were still doing inventory, trying to sell out items that we still had.

“And customer after customer came in and said, ‘Please don’t close.’”

Harman graduated from West Carter High School’s first class in 1972. She earned degrees at Georgetown College and the University of Kentucky, and she maintains her license (she’s a mental health therapist) and goes to Bluegrass Comprehensive Care in Danville one day a month.

“I’ve just always been interested in people,” she says. “ … I seem to have, I don’t know, kind of a natural curiosity about what people think and feel, what motivates them, why do they do the things they do.”

Harman’s aunt and uncle, the late Ola and Wilford Burchett, opened the business around 1938. Her grandmother, the late Bertha Qualls Tackett, joined later after closing a dairy farm; the business was named Tackett’s after Bertha’s second husband, Reese Tackett.

“It’s my understanding that pasteurization had a role in that,” Harman says. “You know, technology often changes things, and a lot of those small dairy farms were having to decide whether to make investment and buying the equipment for pasteurization.

“ … People in town had a great affection and respect for (Mrs. Tackett), and when she joined the furniture store, that business really took off.”

Harman’s mother, Jenny, started working at the store sometime in the 1940s. Her father joined after returning from World War II.

“This was right about the time when electronics was starting to develop and take off,” Harman said. “(Dad’s) part of the business was TV, radio, sales and service.”

Though she cannot say for certain, Harman thinks her dad secretly wanted her to take it over.

“He was the last surviving member,” Harman says. “I think he always hoped that someone in the family would take it over … He did always say, ‘If you ever come back to Olive Hill and you and (her husband Ted) ever wanted to keep the store open, I think it would be a good thing for you.

“The community’s always been good to this business. He never really got to see me involved.”

Harman says having a psychology background helps her run a furniture store.

“When you’re working with customers, you’re using a lot of the same kinds of tendencies because you’re talking to people,” she says. “You want to find out what they’re interested in, what they could take home with them that would make them happy.”

Harman says the pace at her store “is pretty slow,” and she doesn’t mind if people just hang out like she did when she was young. She remembers what her dad said — that customers are also friends who tell stories about her family.

“We have a number of older people, and I think a lot of them probably live alone, and just like to visit,” she says. “They come to town and they do their business, and I think it’s an important part of socializing for them to be able to talk to shop owners.”

“We love that. We really invite that.”

Maggie Duncan has worked at Tackett’s for about seven years. She says not a lot has changed.

“The most surprising thing to me is memory foam,” Duncan says. “It’s something I don’t think I ever knew about. When we got ‘em in, they’re in a box; you have to open the box and just let ‘em roll out.”

You almost cannot talk to a downtown Olive Hill merchant without mentioning the 2010 flood, when Tygart Creek rushed in and ruined many businesses. Harman said about 2 feet of water seeped in.

“It ruined all our mattresses that we had,” Harman said. “The upholstered furniture, it really didn’t get into the cushions, but it got around the bottoms.

Do Olive Hill residents go for something a bit garish, like Tuscan sofas with fringe on the bottom? Harman’s not sure, but she doesn’t think so.

“In Olive Hill, people still tend toward fairly traditional, nonextreme styles,” she says. “We do sell some contemporary-style pieces to younger people.”

Harman says her business falters when the economy does. “Furniture is one of those things that people, when they don’t have extra money to spend, they will put that off, of course” she says. “You’ve got to buy your groceries and your medicine. You’ve gotta put clothes on your kids to go to school.”

Selling furniture is not all Harman does. She’s part of the town’s historical society, Center for Arts and Education, Council for Planning and Restoration, Olive Hill Trail Town Task Force and is a worship coordinator at Olive Hill’s First Baptist Church.

The Harmans will eventually sell the building, though not right away. Since they have no children, their best hope is to find someone who’ll open a business that can thrive.

“I don’t think I had a map for retirement in my head,” Harman said. “I think I knew when it was time to retire. The next steps, I think God unfolded for me, led me back to my hometown.”