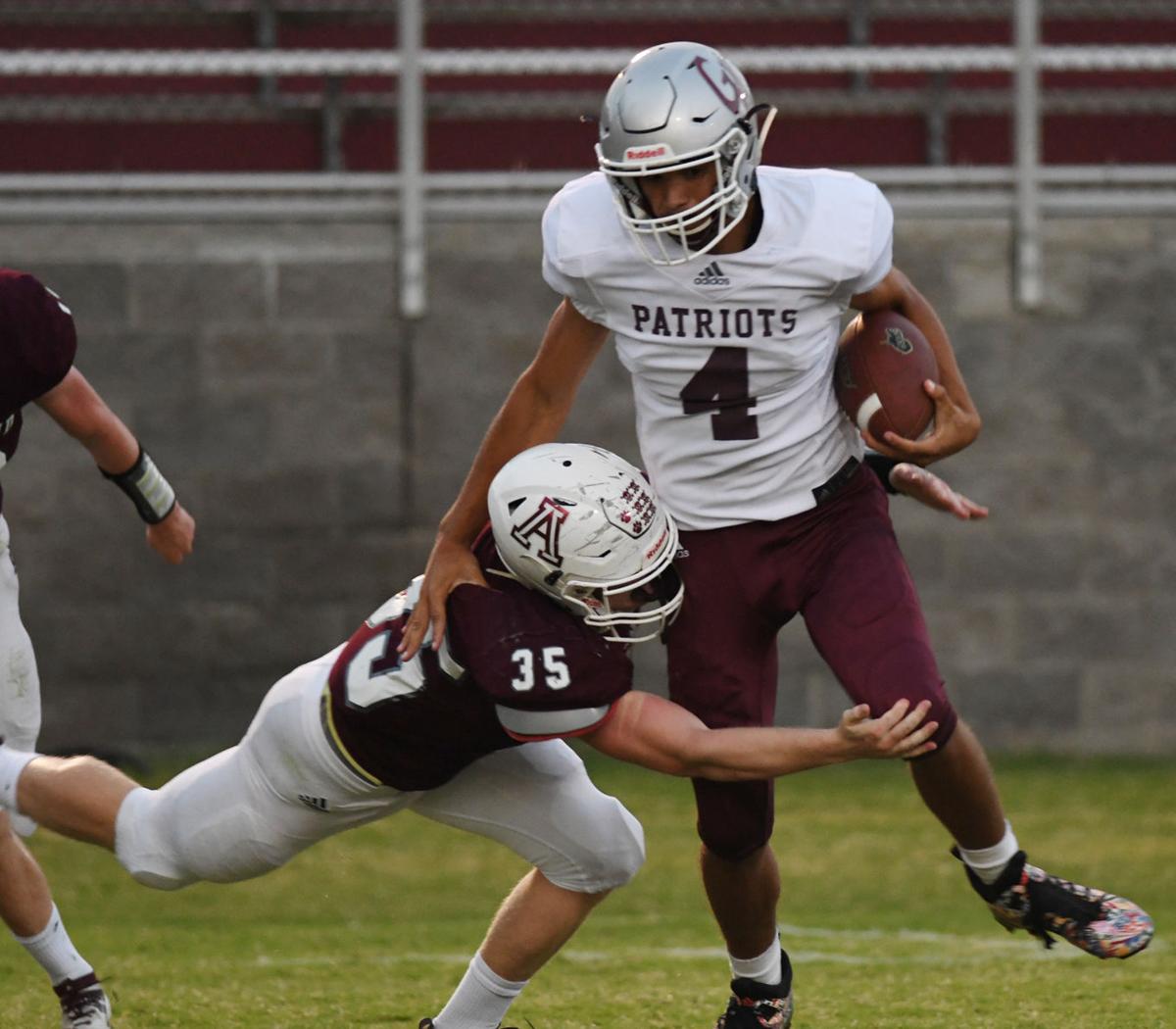 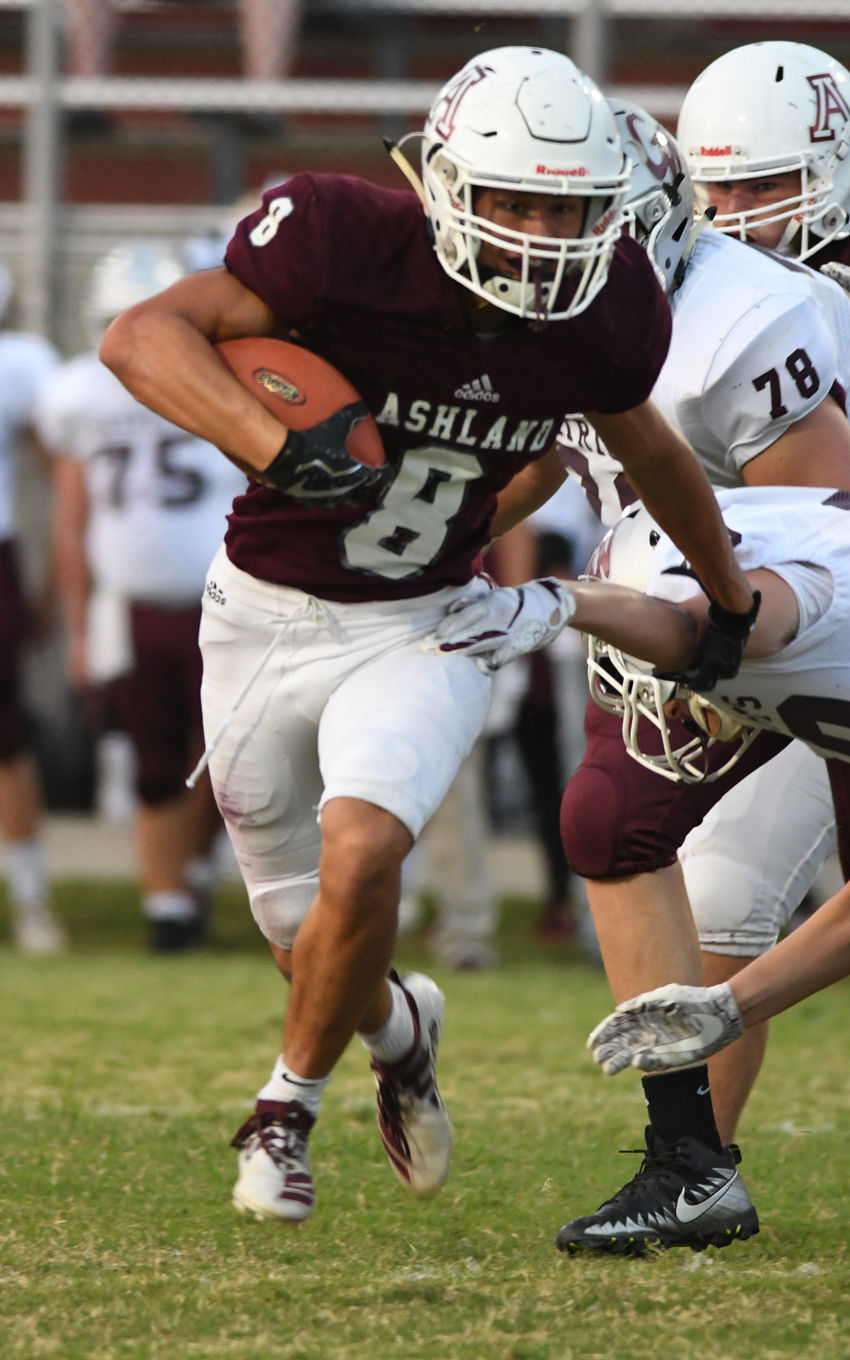 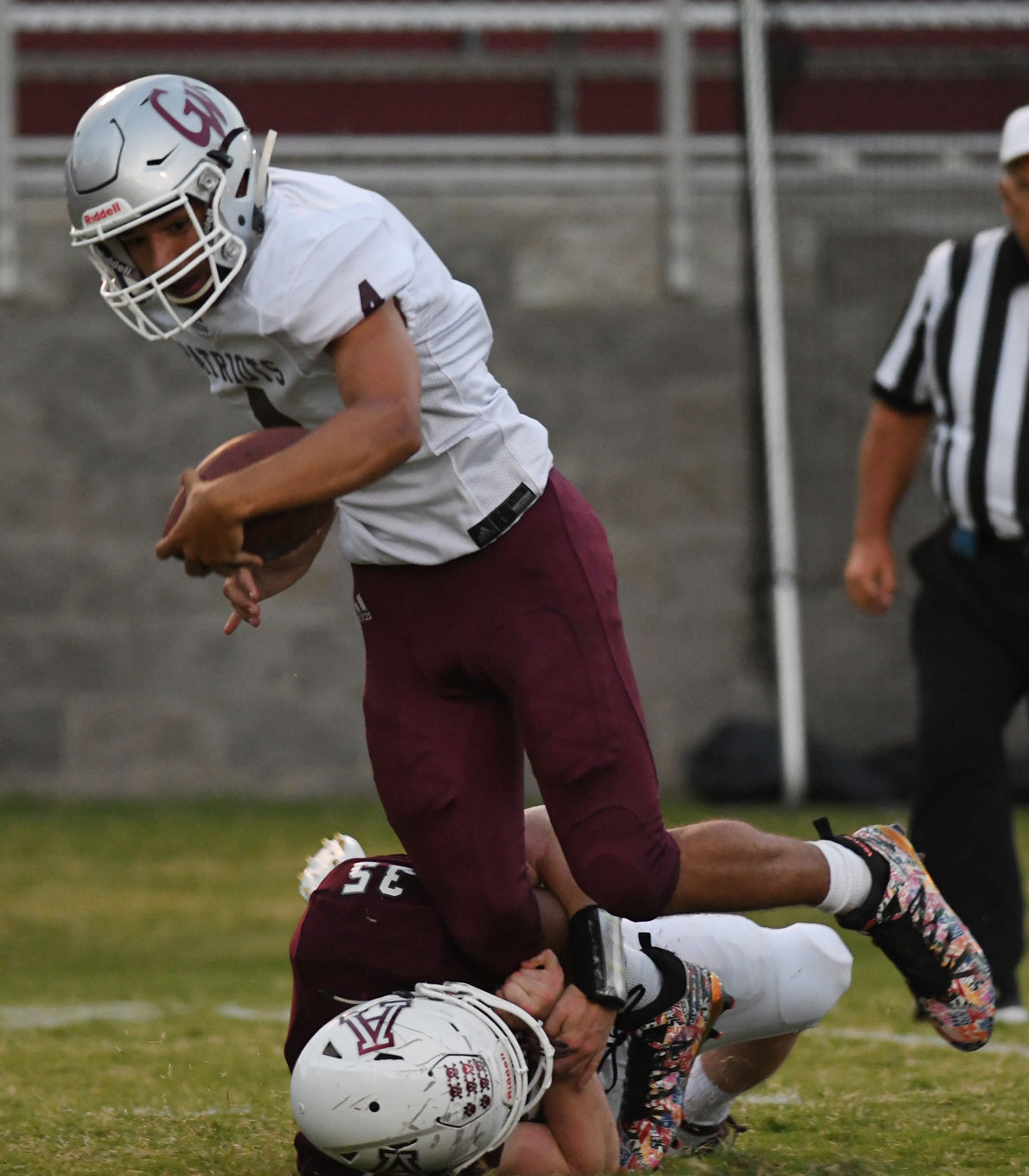 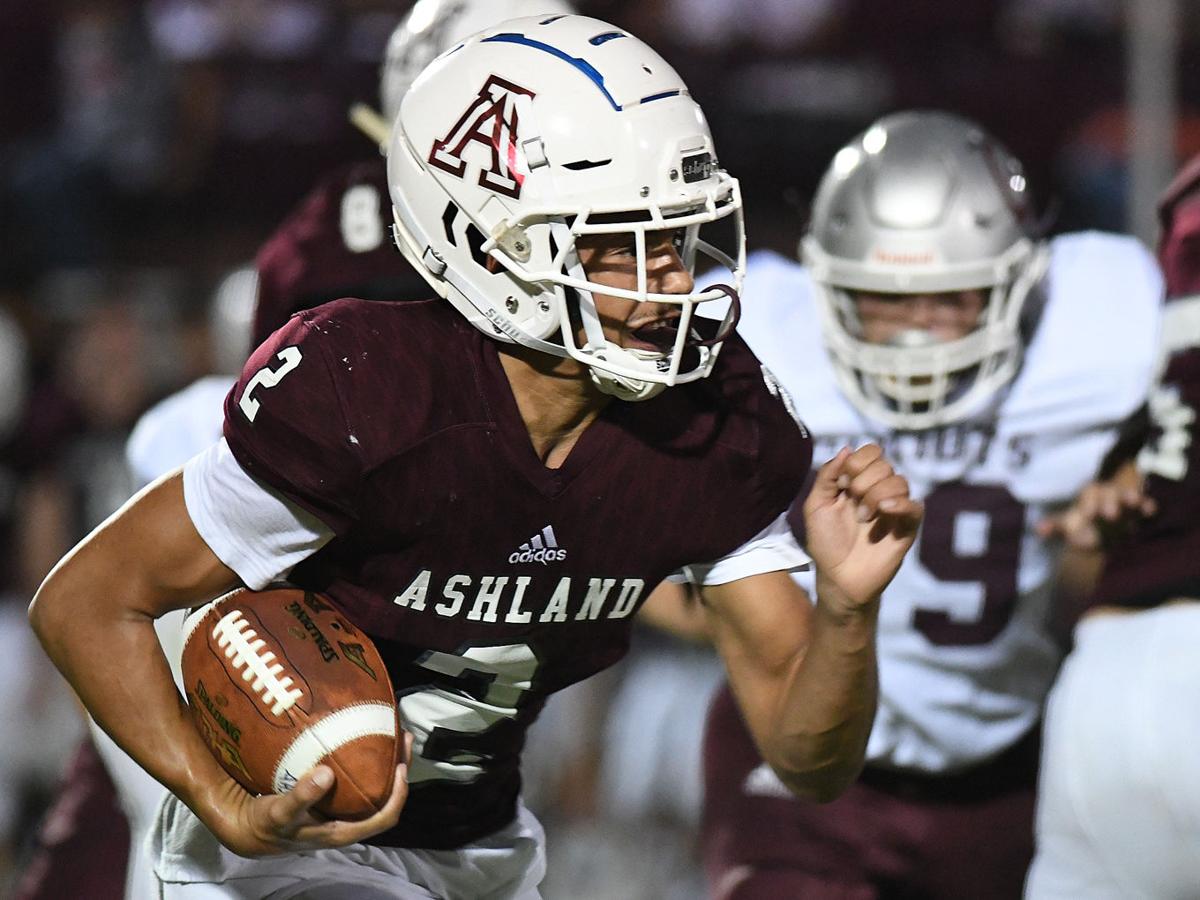 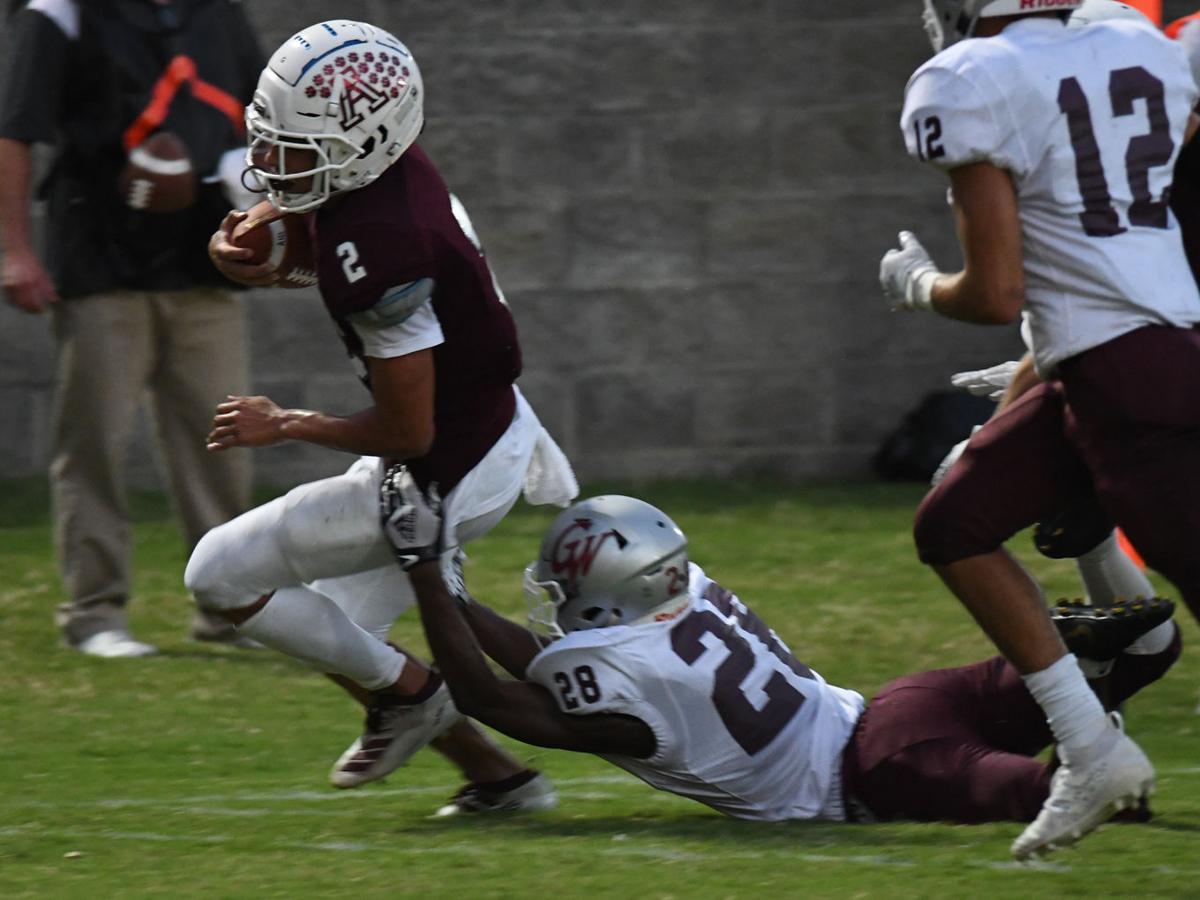 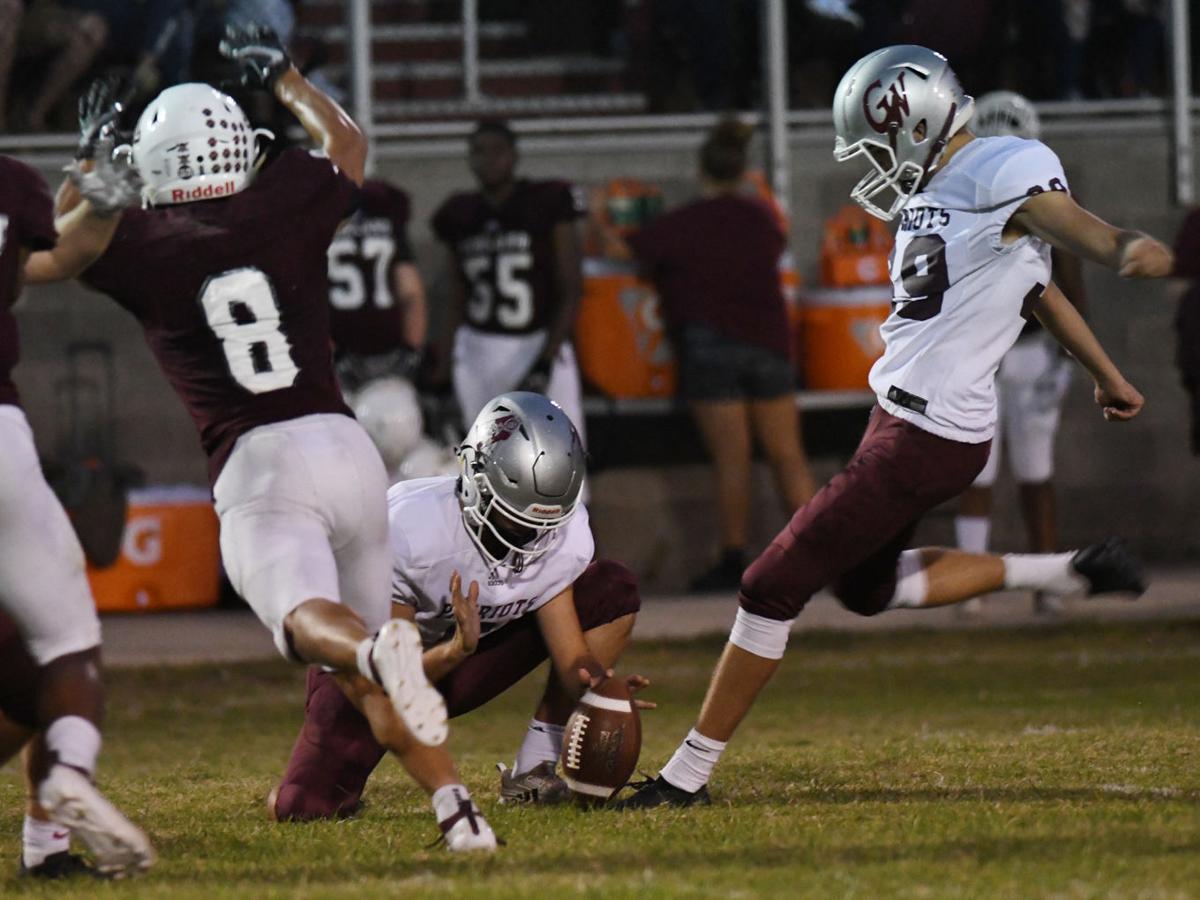 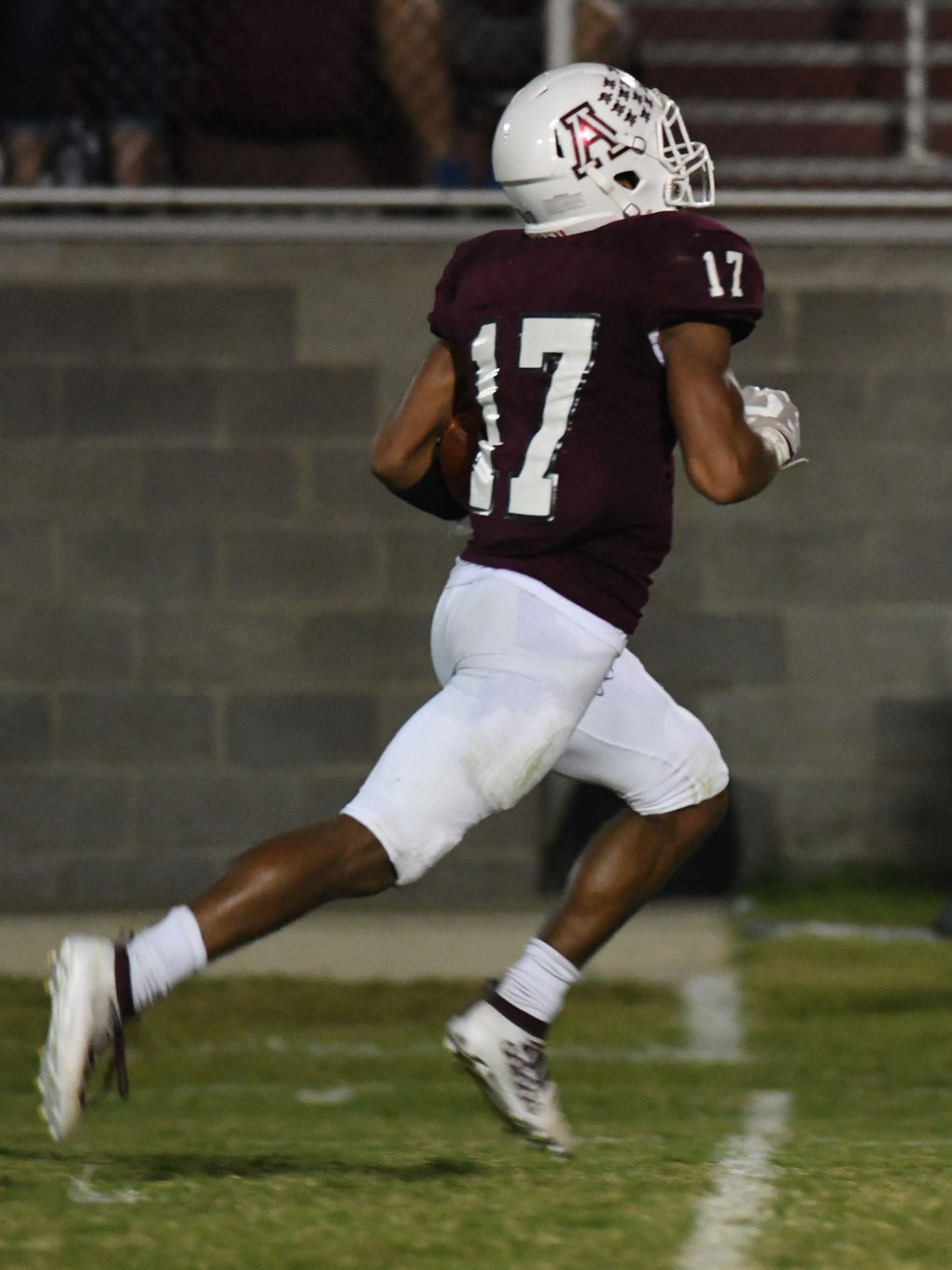 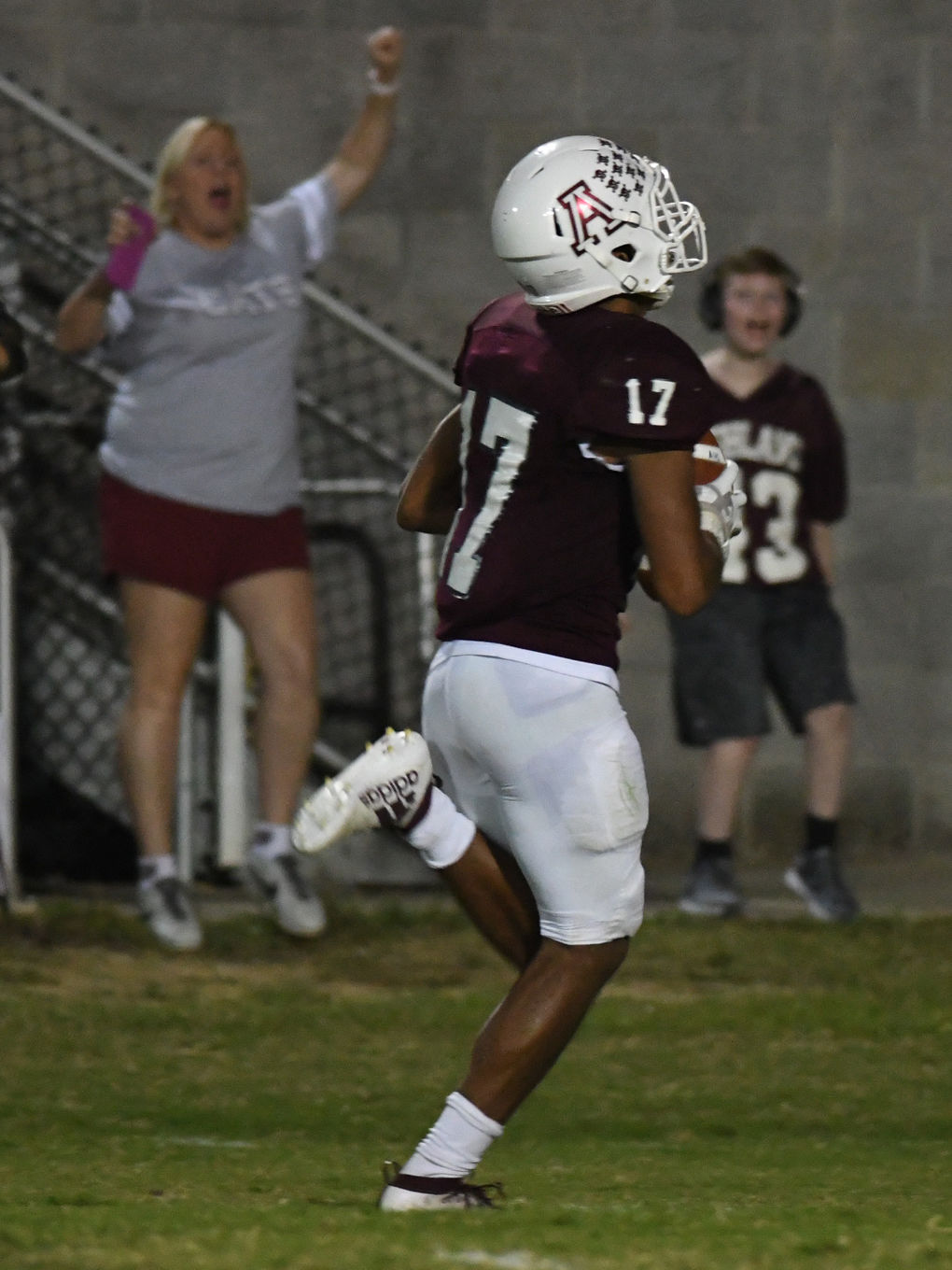 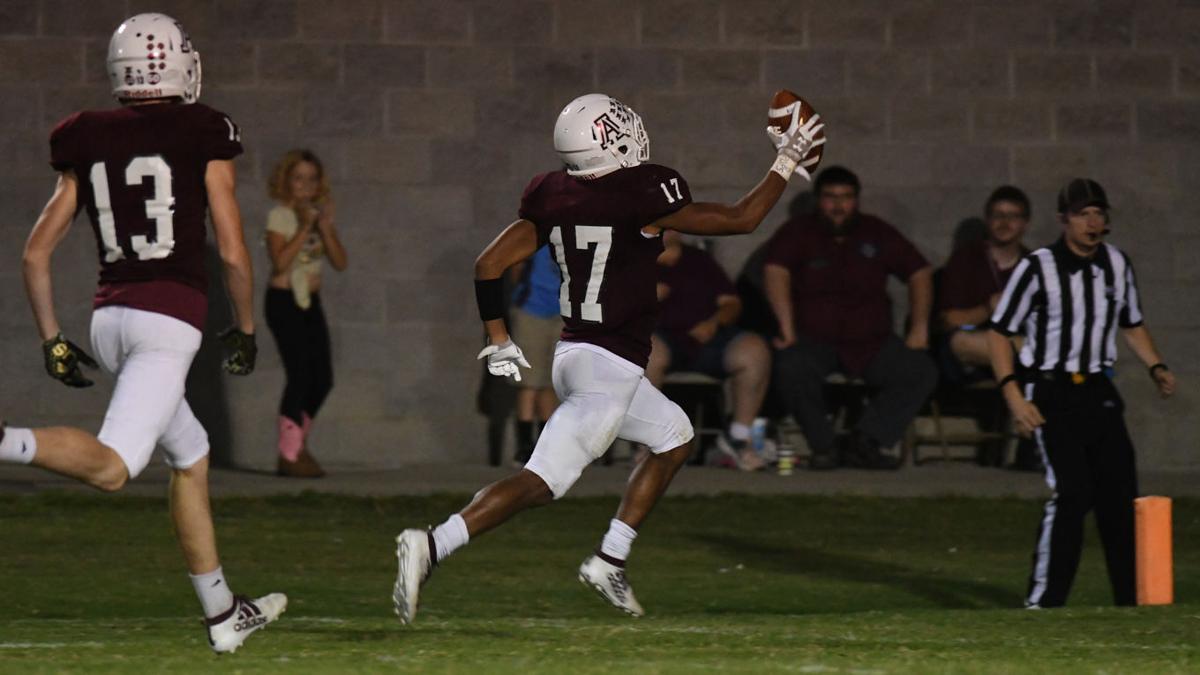 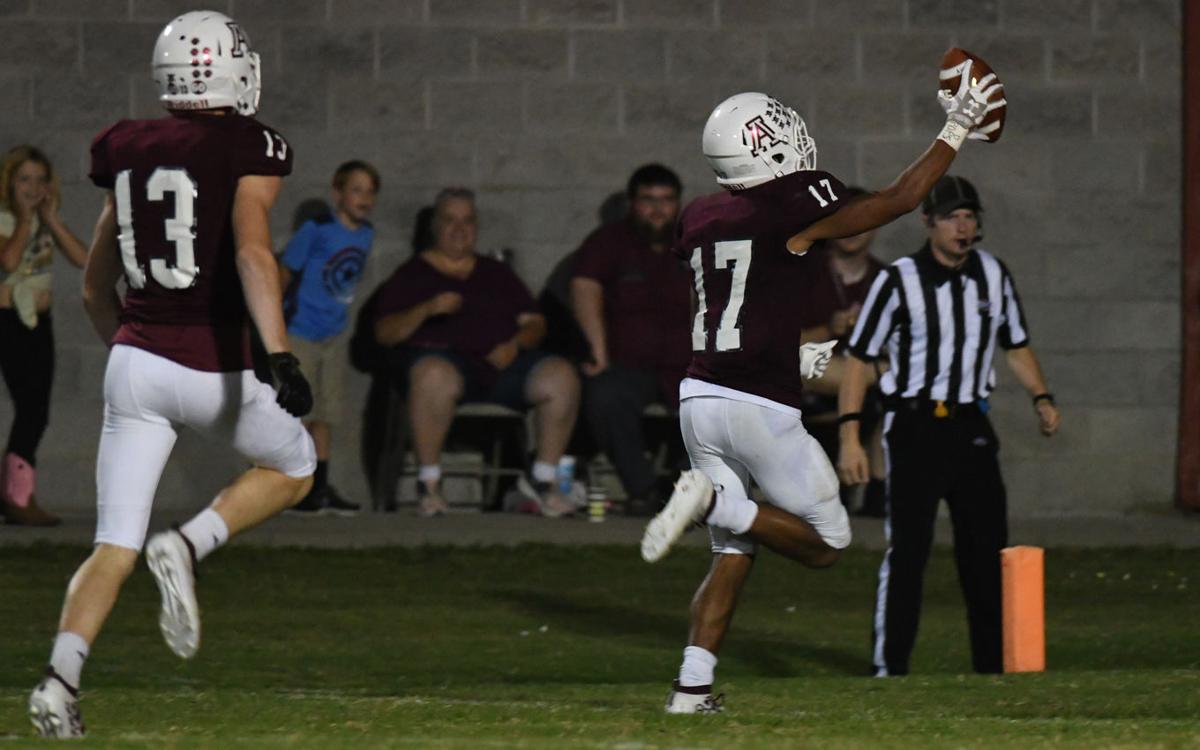 ASHLAND Blake Hester listened in with a wide grin and chimed in with a “Love you, man,” as Steele Workman completed a postgame interview the same way he did everything else on Friday night at Putnam Stadium — intense, passionate, even staccato.

Hester and Keontae Pittman had just combined for four touchdowns and 335 yards of offense in Ashland’s 49-16 wipeout of George Washington. Workman carried the ball three times for 10 yards, but two of those carries went for TDs.

By the time it was all over Friday night, the Patriots hadn’t been able to shut down Hester’s wiggle, Pittman’s burners or Workman’s burst.

“It makes us more deadly. Who you gonna stop?” rhetorically asked a shirtless Workman. “I’m not saying I’m Blake or KP. I can’t run like they do. But I do think I kinda run hard, and you don’t know who’s getting the ball when I come in. You’re gonna key on (Hester and Pittman), and we might hit you with another play and that’s five yards right there.”

The Tomcats outrushed George Washington 269 yards to negative-3. Hester led the way, time and again displaying a slippery spin move while toting the ball 26 times for 174 yards and two TDs. He also played the whole game in the defensive secondary.

Hester didn’t look tired at the end of it, either.

“I worked every day for this, so I am ready for it,” Hester said. “Eight months of offseason work for, like, 10 or 11 games left? I’m ready for this and I’m built for this.”

“Any time you put that kind of relentless running out there on the field, it elevates the guys around them, too,” Ashland’s coach said. “It challenges those guys to work harder for that extra block or that extra yard. ... (Hester) is the guy that sets the tone for what our team is about.”

Workman helped, too. In addition to his offensive contributions, the senior linebacker sacked GW quarterback R.T. Alexander on the Patriots’ third possession to force a field goal after they had reached the Ashland 8-yard line. Workman added a sack for a loss of 11 on GW’s final drive, moments after delivering a hit in pass coverage that left a Patriots receiver down for a few moments.

Alexander did connect on 22 of his 39 passes for 250 yards and two second-half touchdowns. On several of them, he used a seven-step drop from the shotgun, which messed with Ashland’s typical reads, Love said.

“We really press with our kids that when you see an extended drop by the quarterback, usually he’s inviting the rush and they throw a screen on you,” Love said. “I think in terms of pass rush, it was a little bit confusing sometimes, because we didn’t want to get caught getting upfield and then missing the screen. But at the same time, you can’t let him sit back there all day long because he’s good. He’ll pick you apart.”

Ashland, though, was already up two scores by the time GW (0-2) got going. The Tomcats defense forced a three-and-out on the Patriots’ first possession, and Pittman capped a 11-play, 64-yard drive with a 2-yard scoring run on Ashland’s first trip.

The Tomcats recovered a fumble on the ensuing kickoff at GW’s 38, and six plays later, Workman broke the plane from 3 yards away.

The second of Ethan Slone’s seven extra points put Ashland up, 14-0, less than eight minutes into the game.

“I’m supposed to stop them, and we didn’t do it,” said a frustrated GW coach Steve Edwards Jr. “(Ashland has) got a really good football team. They’ll continue to keep winning, and hopefully we’ll find a way to win and get better.”

Nearing the final minute of the second quarter, Gregg found himself scrambling toward the GW sideline on third-and-12 from the Ashland 30. He found Garrett open along the boundary. Garrett reversed it across the field for a 70-yard score to give the Tomcats a 25-point lead at intermission.

Pittman contributed 83 rushing yards on 13 carries and two receptions for 41 yards. He scored in both of those phases.

“Whenever you have a young quarterback that’s cutting his teeth on some things, to have a good offensive line and good running backs in front of you takes the pressure off,” Love said. “We’re not asking (Gregg) to do more than he’s capable of. Every week, we’re expanding what we are asking him to do, and we look at this as a long-term growth process. By the time we get to the 10th week, I think he’s gonna be a dangerous player.”