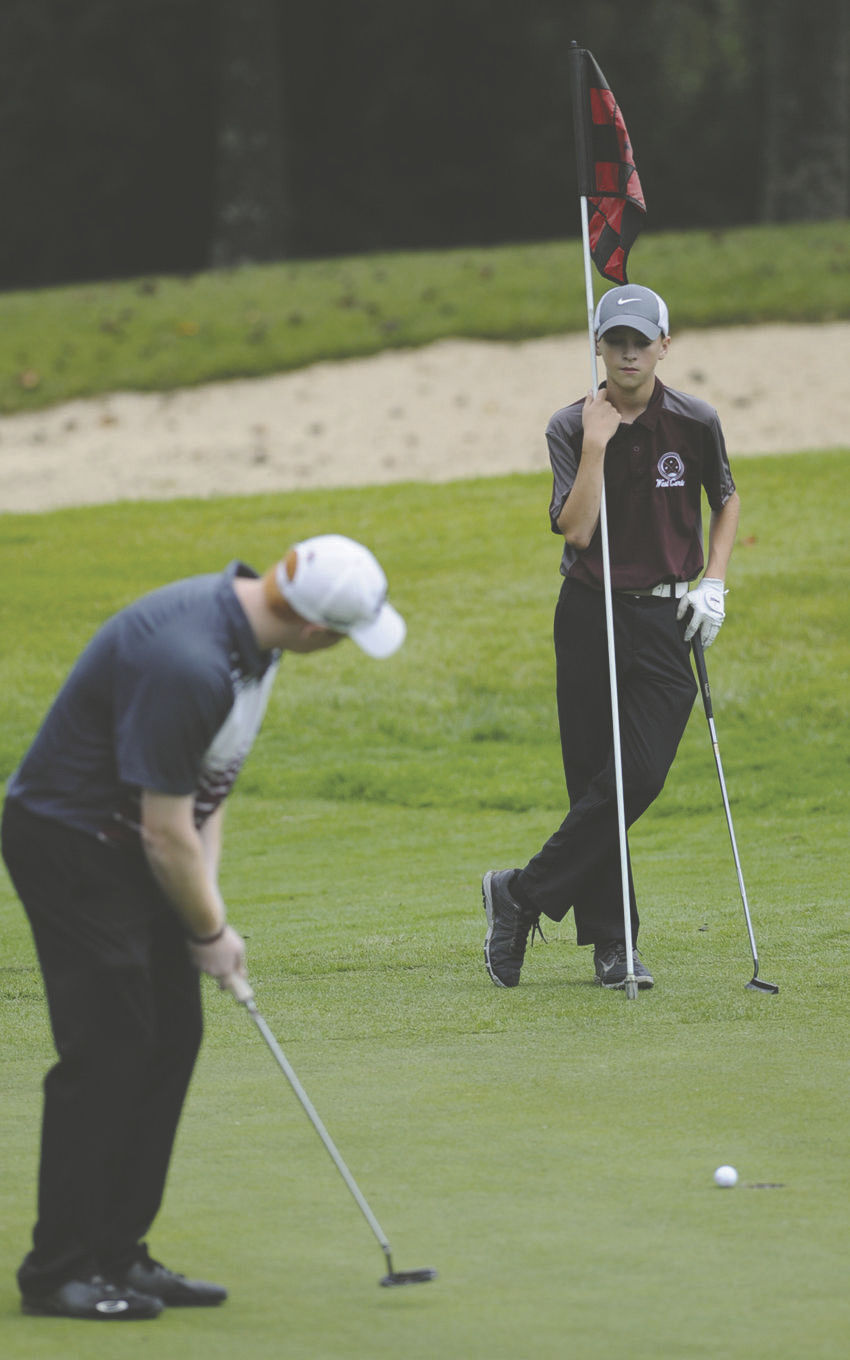 West Carter's Nick James holds the flag and watches Russell's Ben Wilson putt on No. 18 at Hidden Cove during the 2015 boys region tournament. 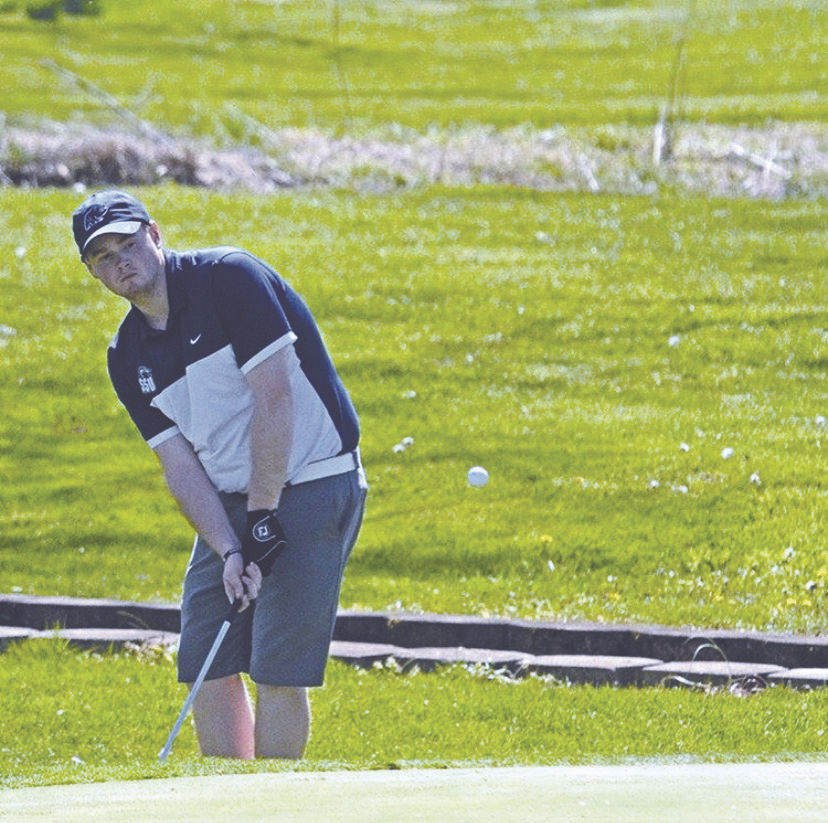 West Carter's Nick James holds the flag and watches Russell's Ben Wilson putt on No. 18 at Hidden Cove during the 2015 boys region tournament.

Players are nominated by their coaches. Standards include campus and community leadership, future ambition and demonstration of the NAIA’s five core character values — integrity, respect, responsibility, sportsmanship and servant leadership.

“All of our guys enjoyed Ben’s four years,” Hopkins said. “When he got to play in tournaments or matches, guys on other teams appreciated being around him, too. Ben’s personality was always a plus for us. The award he won is one of the top ones that the Mid-South recognizes athletes for.”

Shawnee State’s entire spring season was wiped out due to the COVID-19 outbreak. Wilson said he actually found out about his award by accident.

“I was scrolling through Twitter and reading the article about myself,” Wilson said. “It was definitely a surprise, and a pleasant one at that. A little while after that I got a text from my coach congratulating me. I know it’s usually done at the Mid-South Conference banquet at the end of the season. I guess things changed because of the cancellation.”

On the course, he’s found his own niche.

“During my career at Shawnee State I just focused on being a team player,” Wilson said. “I knew my role. I’m good enough to play college golf but not to win at this level. I’ve been supportive and done whatever I can to help the team.

“His first couple of years he played a lot for us,” Hopkins said.

It’s become increasingly difficult to crack the Bears’ starting lineup. Shawnee State won three invitationals last fall —  the first time for the program to accomplish that feat in a single semester since spring of 2005.

In his final tournament last October, Wilson posted a two-day total of 173 in the Roger Merb Invitational at Elks Country Club in McDermott, Ohio.

“If I knew that would be my last tournament — I’m not saying I could have tried any harder, but I would have cherished it a little more,” Wilson said.

Swinging a club has been part of Wilson’s life back to toddler days when he hit plastic golf balls in his grandparents’ yard.

Currently, Wilson is finishing up his student teaching duties at Western High School in Latham, Ohio.

“Ben is going to do wonderful things,” Hopkins said. “He will be a great teacher. I expect him to just continue what he did for us, being a solid teammate and good friend to everybody and have a great career in that field.”