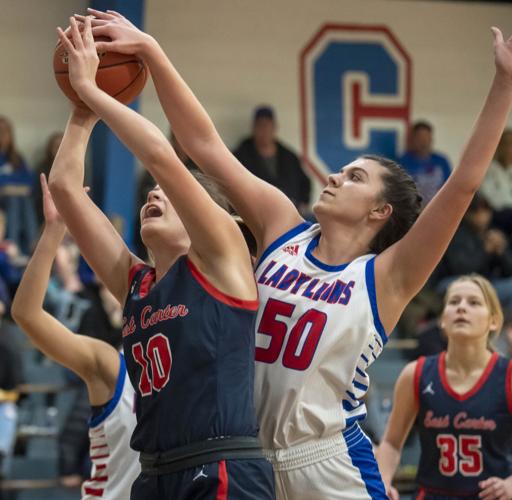 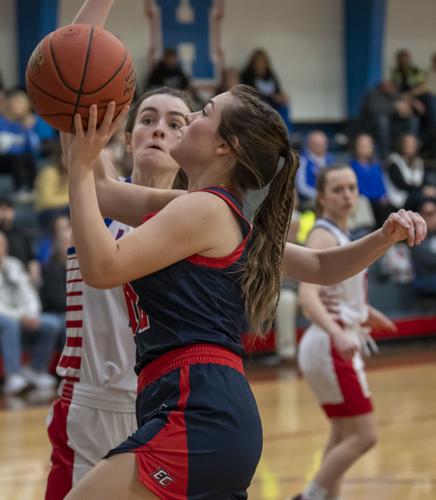 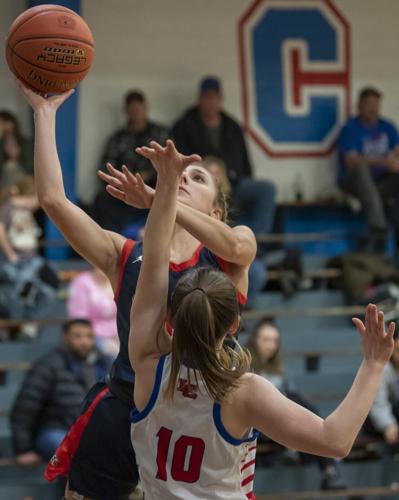 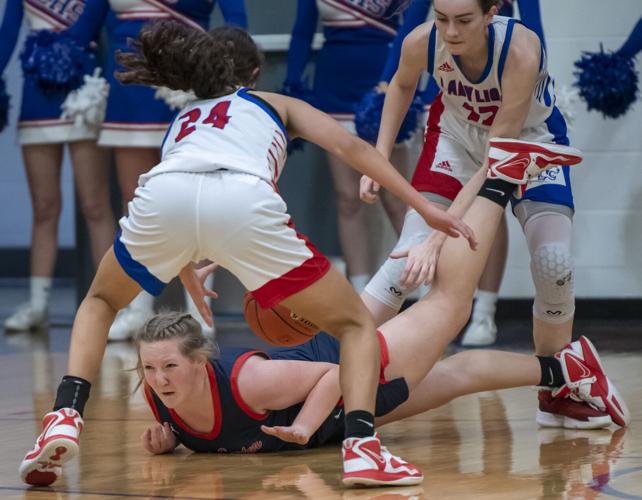 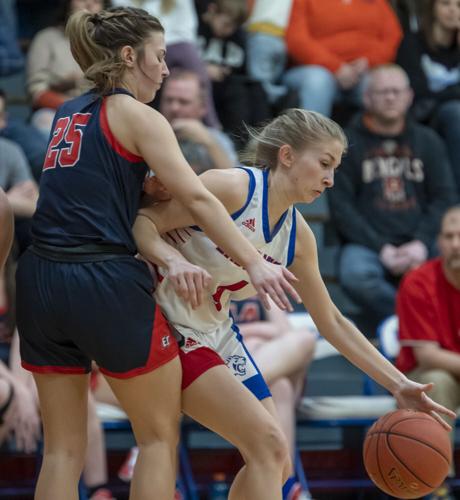 Lewis County’s Sarah Weddington (12) goes up for a shot Monday, January 23, 2023, during the Lewis County and East Carter game in Vanceburg, Ky. Photo by Taylor McKnight | The Daily Independent 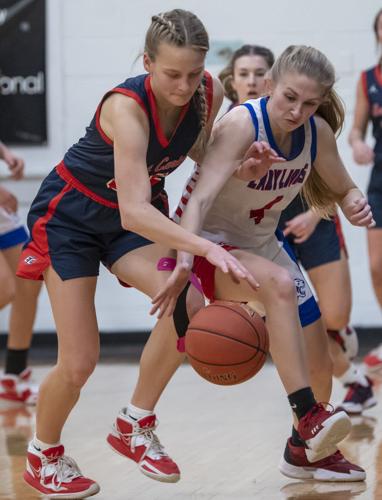 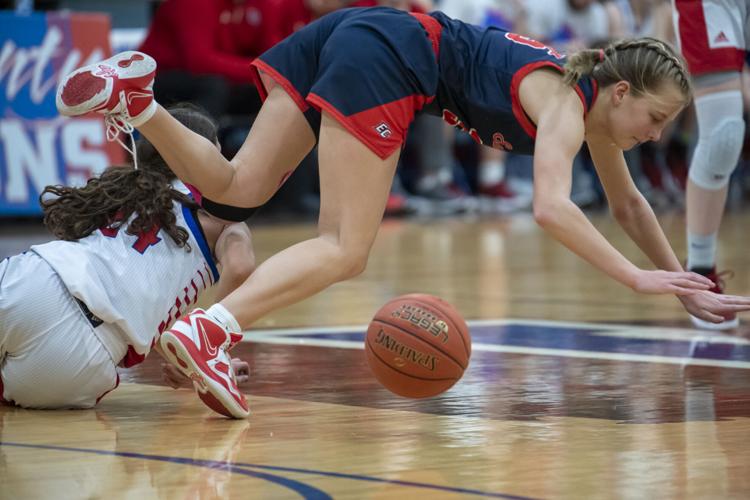 Lewis County’s Sarah Weddington (12) goes up for a shot Monday, January 23, 2023, during the Lewis County and East Carter game in Vanceburg, Ky. Photo by Taylor McKnight | The Daily Independent

VANCEBURG Sarah Paige Weddington felt a bit lethargic in the second half of Monday’s game against East Carter.

You could forgive East Carter for energetically disagreeing, especially because Lewis County’s senior forward scored 26 points and grabbed 11 rebounds in the Lions’ 53-39 win.

“I felt we moved the ball well in the beginning,” Weddington said. “I feel like I was a little sluggish the second half, but my teammates picked up for me … something a little off, I guess.”

Lewis County coach Jay Fite countered: “It would be great to be young and be sluggish, wouldn’t it. But no, I thought she had a great night. Of course, Coach Fite did correct her a couple times; I corrected her on a couple things late.”

Weddington scored 10 points and added seven rebounds over the final 16 minutes. She wasn’t sure which statistic was more satisfying.

“I’ve always loved rebounding,” Weddington said. “It’s always been something that I’ve kind of worked on and I’ve been good at. Scoring just kind of came, but I love them both.

“I love helping my team —whatever I can do for them, I’m gonna do.”

When it comes to rebounding, Weddington tries to position herself near the opposite rim and boxes out her opponent.

“Usually, (a shot) comes off the opposite side of the rim, so I try to get there as much as possible,” Weddington said. “… You can’t get a rebound if you don’t box out.”

After Lewis County’s Liv Campbell (eight points, three rebounds, two assists and a steal) opened the scoring with a bucket 10 seconds into the game and East Carter’s Maddie Moore scored a little more than a minute later, Weddington had a part in the Lions’ next 11 points.

She tallied an offensive rebound, a field goal and free throw, a 12-foot jumper, a steal that led to Katlyn Arnold’s bucket, a five-footer that included a counterclockwise spin in the paint and an 18-foot top-of-the-key jumper over East Carter’s Makyla Waggoner.

Waggoner led East Carter (6-12) with 13 points. Her two free throws, a field goal over Weddington and Avery Hall’s 3 from the right corner pulled the Raiders to within 17-15 after one quarter.

After Lewis County’s (13-7) Liv Campbell’s hit a free throw and East Carter’s Brayleigh Boggs’ right corner 3 tied the score at 18-all a little less than two minutes into the second stanza, the Lions took off on a 15-2 run.

Arnold started with a breakaway layup and free throw. Weddington followed with an improvisational eight-foot jumper — she started a left-to-right spin similar to an earlier bucket, but when Waggoner met her in the lane, Weddington hit the fadeaway field goal.

“I try to adapt,” Weddington said. “They pick up on things on the defensive end.”

With a little more than three minutes before intermission, Weddington scored with a defender on her hip. About 35 seconds after that, she rebounded Katlyn Gilbert’s missed 3, and the resulting layup gave the Lions a 30-18 lead.

East Carter’s offense was mostly nonexistent the rest of the half. After Boggs’ 3, the Raiders didn’t score again until Rachel Tussey knocked down a five-footer with 1:08 left, and Gilbert’s offensive rebound and stick-back at the buzzer gave Lewis County its 33-20 advantage.

And Weddington’s first-half output? Sixteen points and only four rebounds.

“I’m not sure exactly sure what she had at half,” East Carter coach Matt Clark said of Weddington’s rebounds, “but it felt like she had a thousand. She changes everything that you have to do underneath.

“Two sets of girls have to go at her at all times to give yourself a chance.”

East Carter had the aforementioned chance a little more than two minutes into the fourth quarter – the Raiders closed to within 44-37.