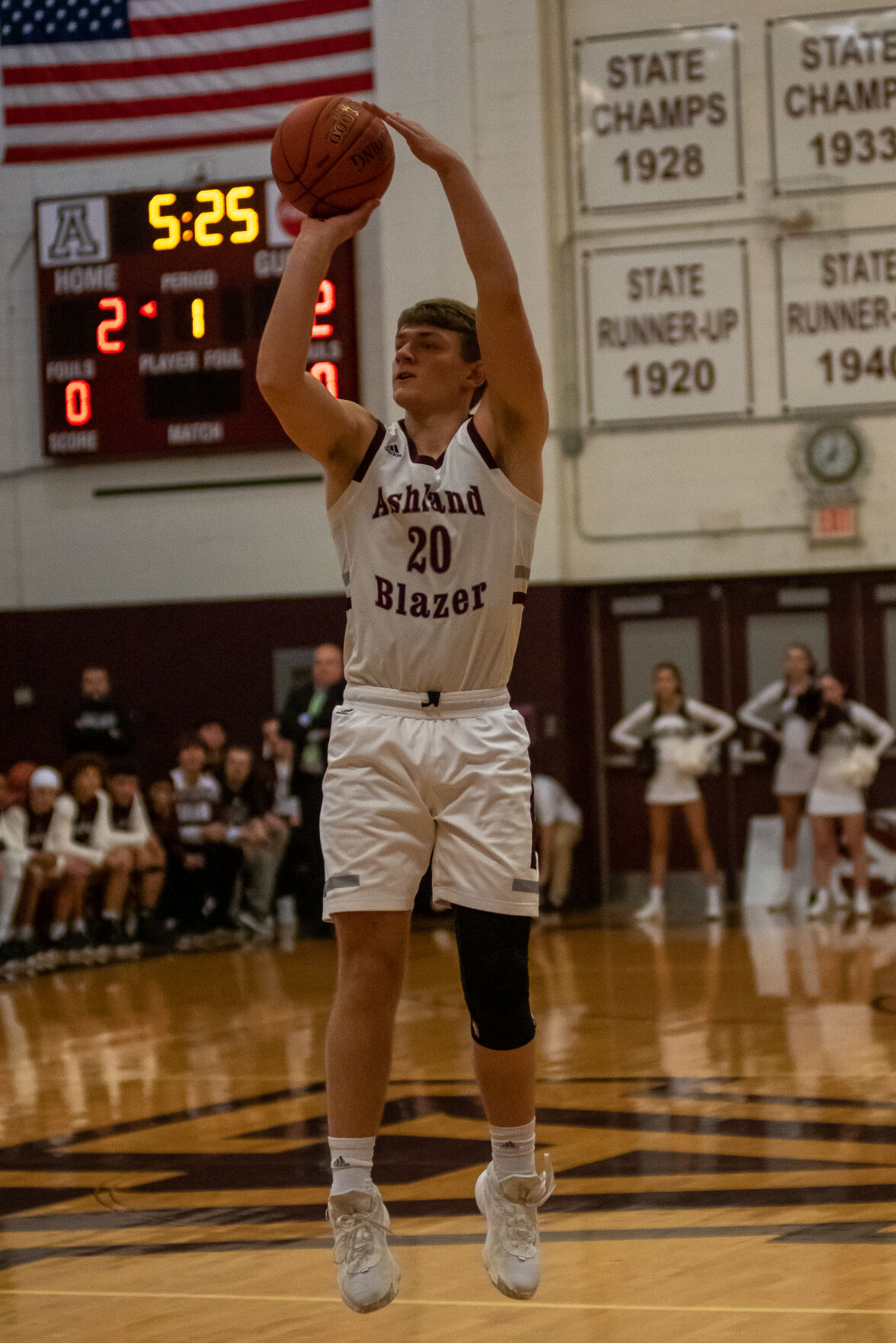 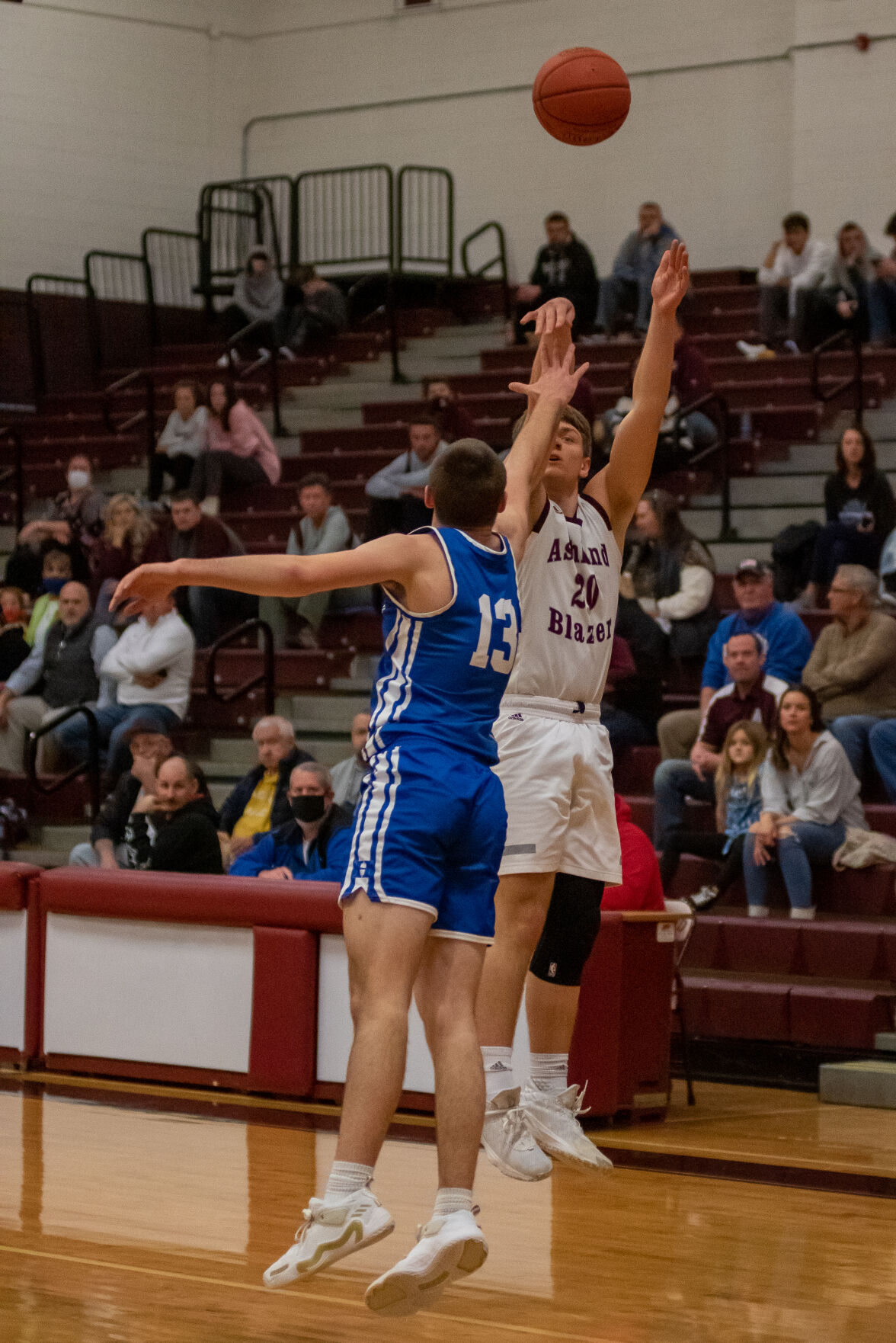 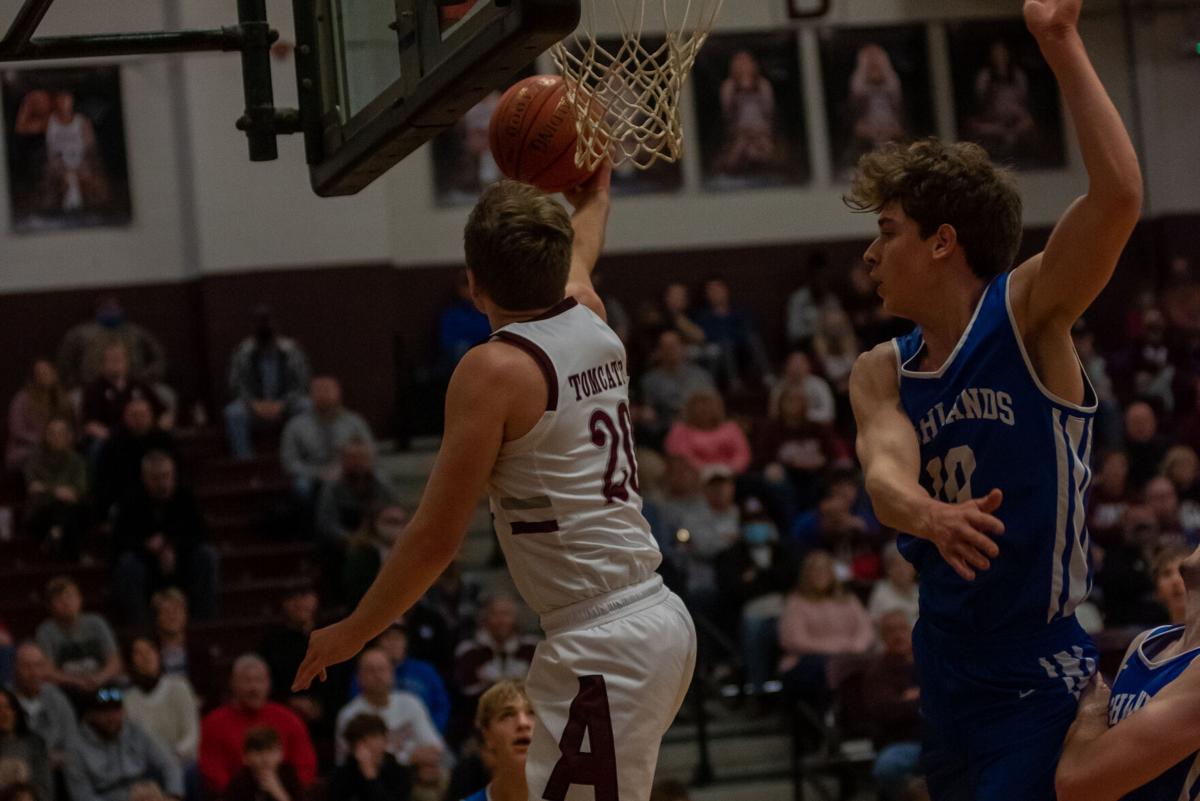 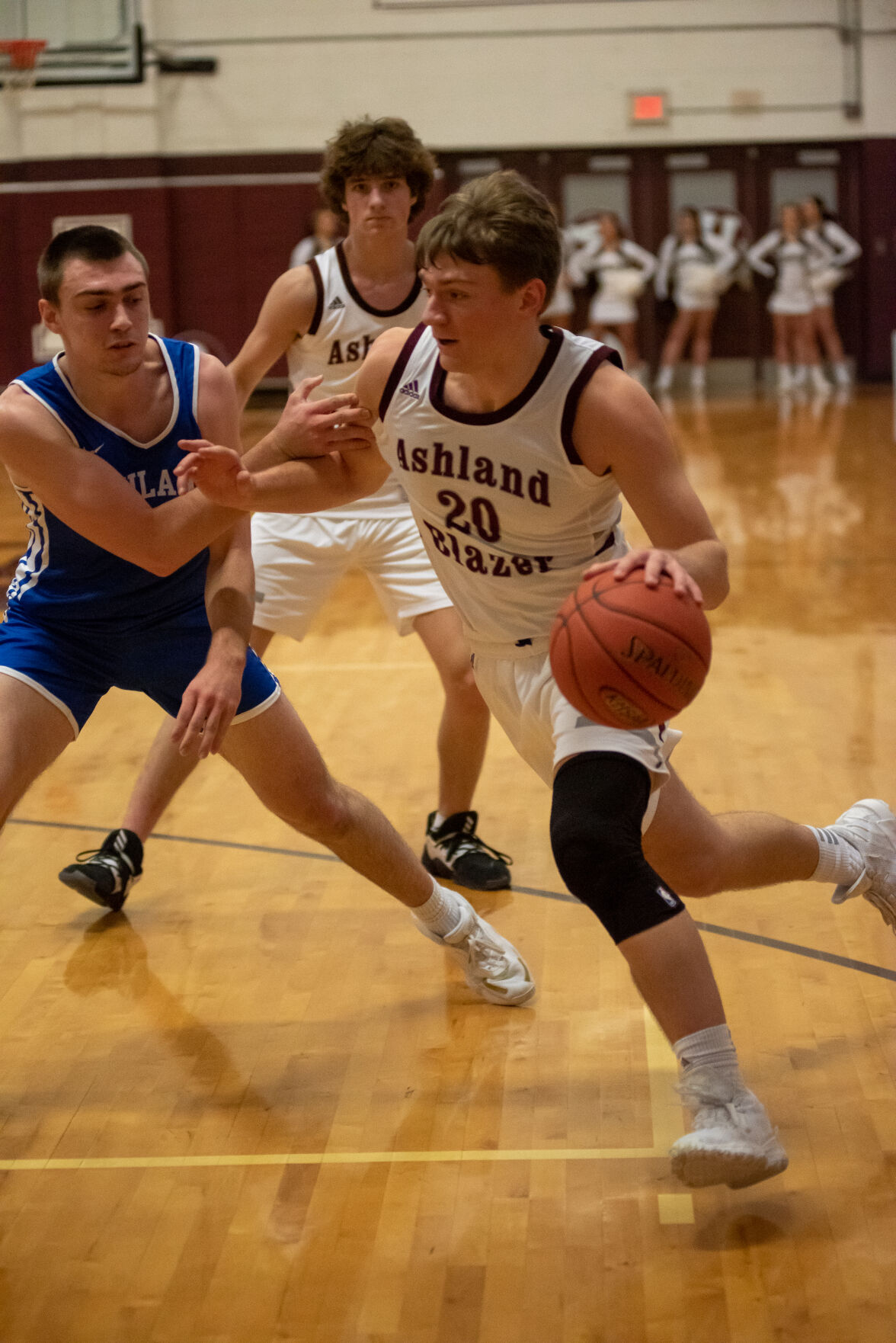 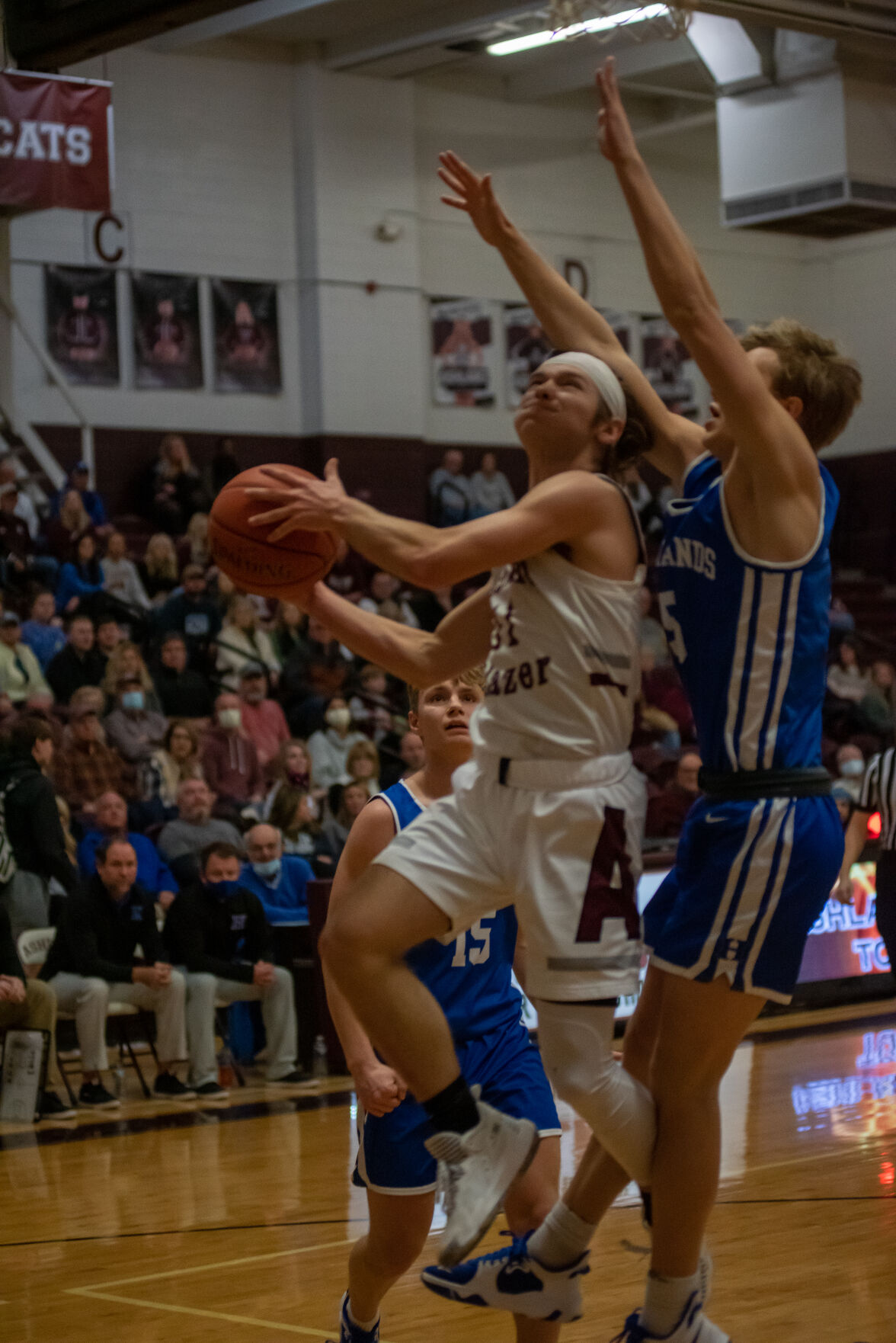 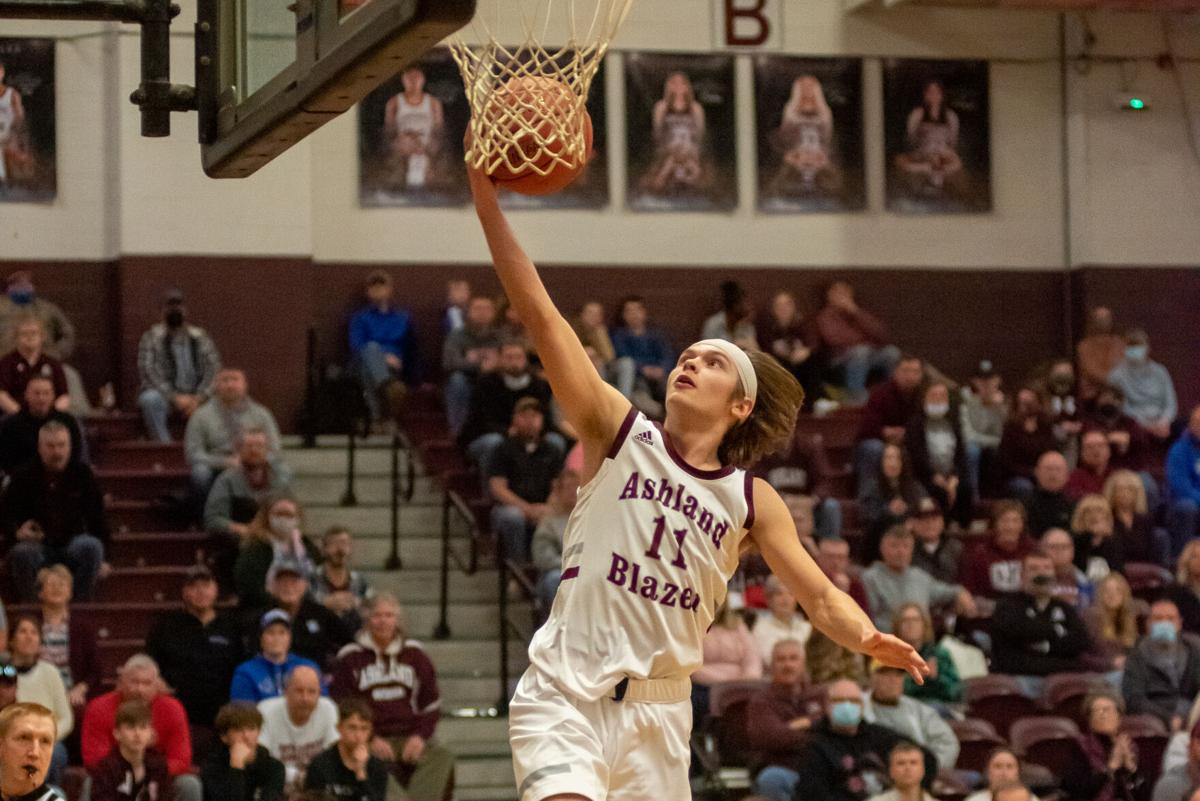 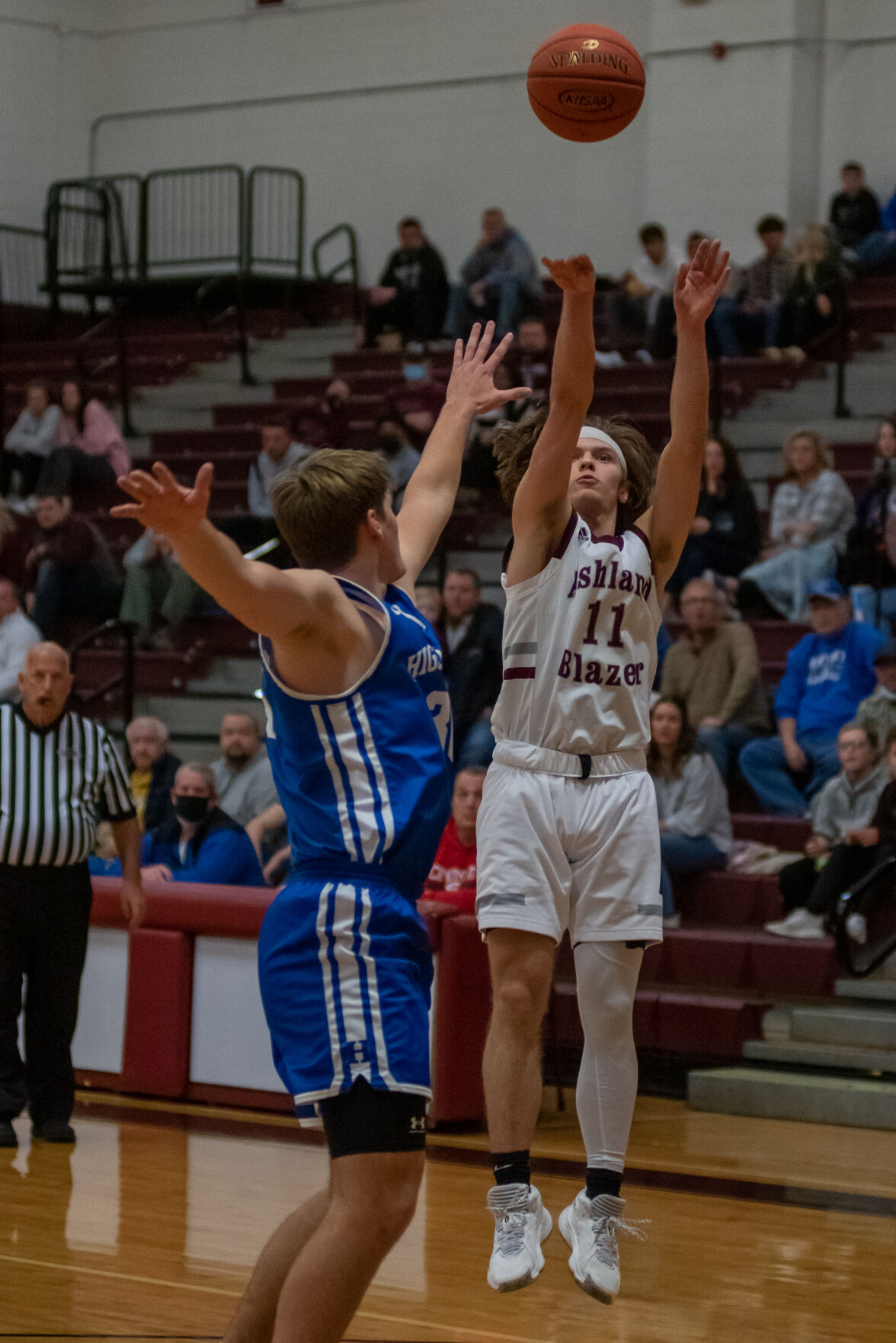 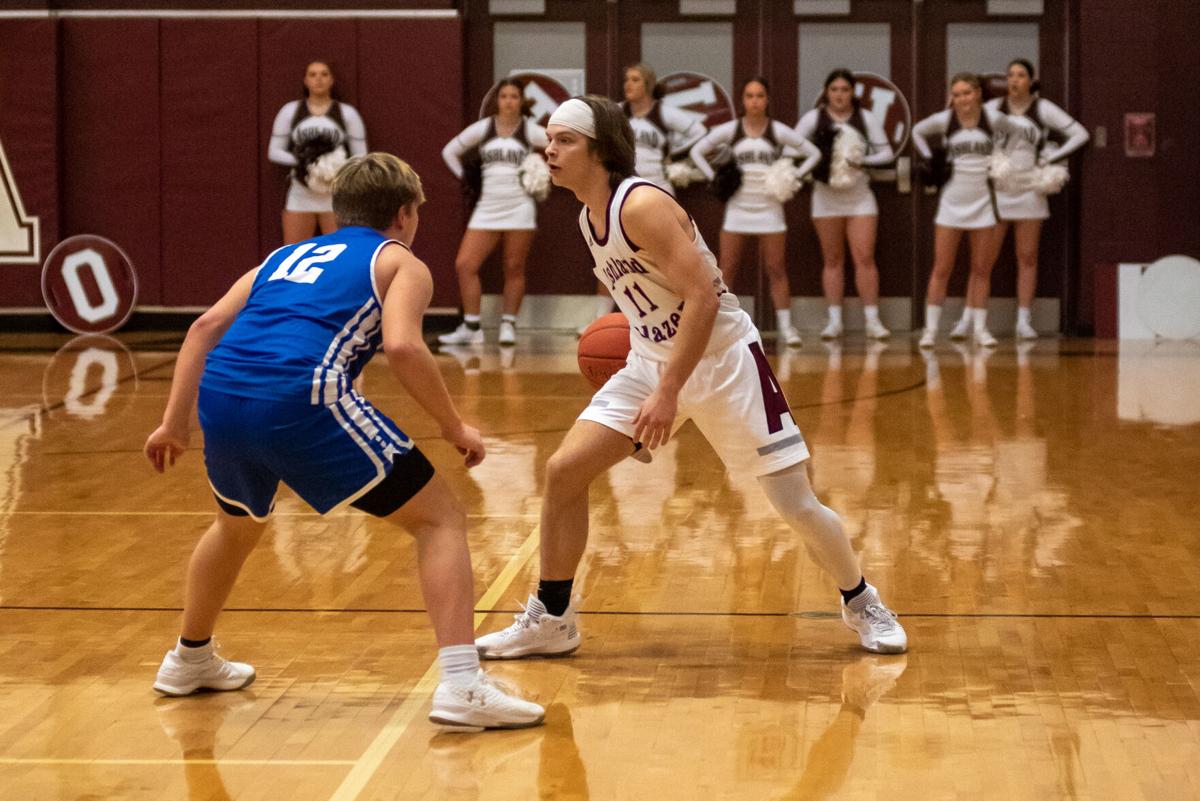 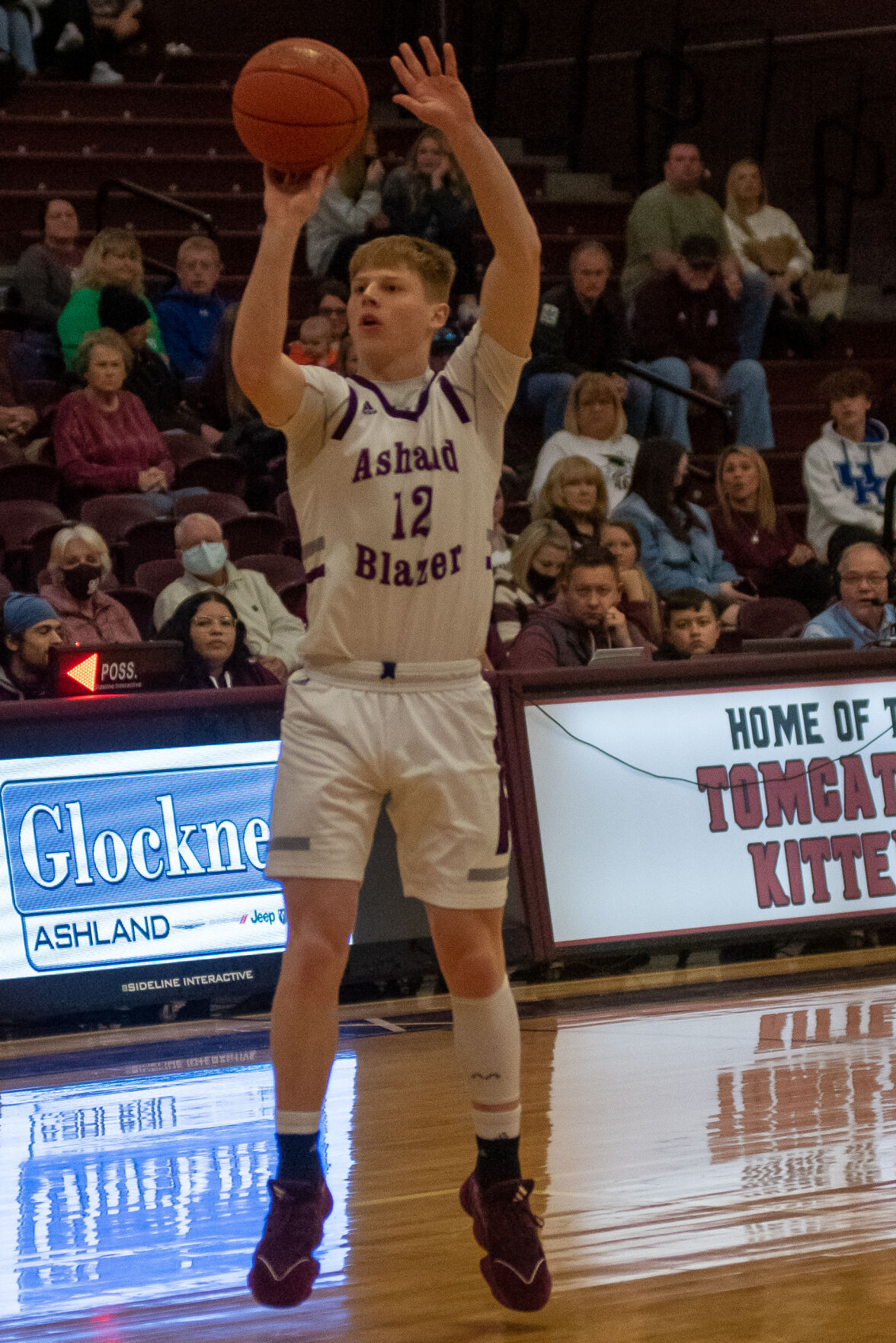 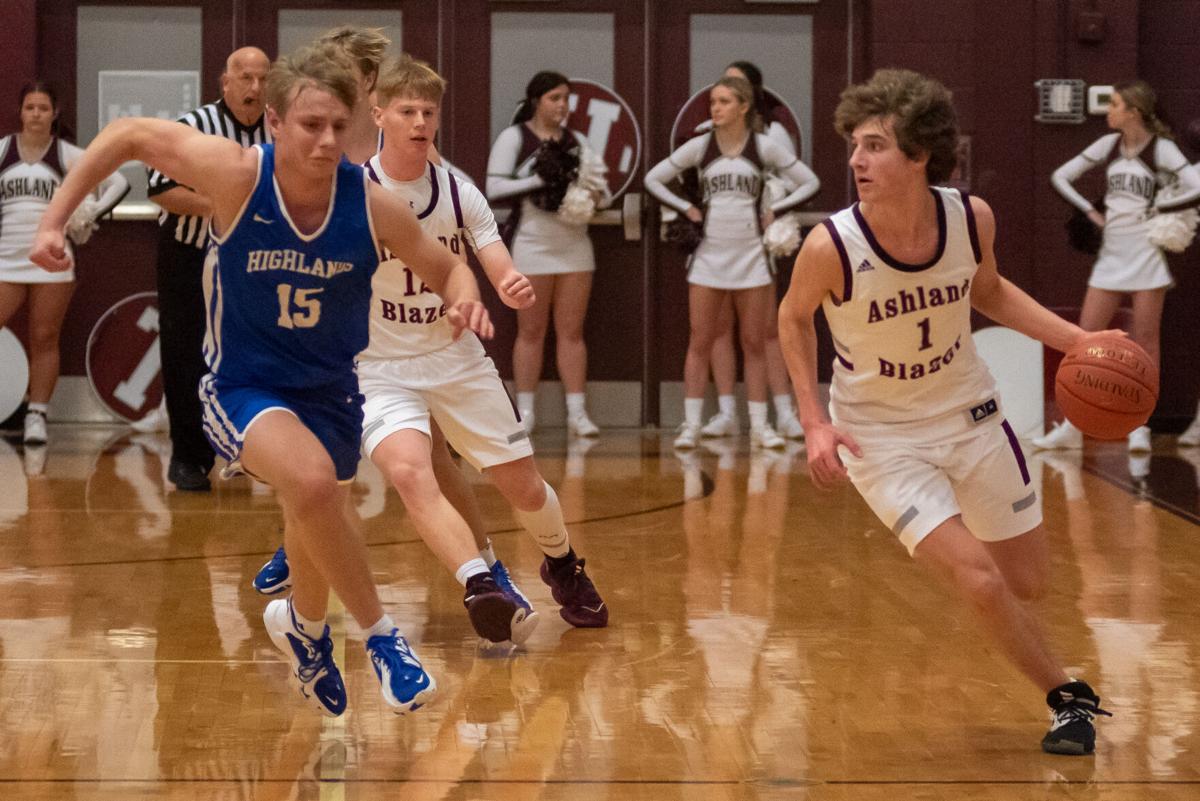 ASHLAND Ethan Sellars emerged from the locker room with an emphatic statement after Ashland defeated the defending state champions.

“Cole Villers is back, baby!”

After the senior’s early shooting display, it seemed like he never left.

Villers saw his minutes increase on Saturday night against Highlands. A lingering knee injury forced him to miss court time during the early portion of the schedule.

Villers made a brief return in the last two games but logged 28 minutes at Anderson Gym with the Bluebirds in town.

The star guard hit six 3-pointers and led the Tomcats in scoring with 23 points in a decisive 75-57 win over Highlands.

“I’m still getting back into basketball shape,” Villers said. “My legs start tired and get more tired as the game goes on. Whenever you can hit shots, you can forget about it. You start feeling good. If you start missing shots, that’s when it gets in your head, and you think about it more. I just have to do better with my confidence and mentality with (the injury).”

A snow day on Friday altered the weekend schedule. Both teams opened the game flat. The first quarter was played with two referees after a miscommunication on the early start time. The third joined the contest at the start of the second quarter.

Ashland was the first team to get it in gear. An opponent’s missed shot turned into transition opportunities for the Tomcats. Villers’s teammates found him for open looks, and he splashed three triples during a 16-2 first-quarter run that allowed Ashland to grab a 18-4 advantage.

Ashland coach Jason Mays said Villers’s days between games will be managed differently. They will monitor the injury as the season progresses.

“I think he has cleared some things mentally, regarding his knee,” Mays said. “He saw some shots go down early. I thought it was important for his confidence to leave him in. He looked good on Friday in what little workouts we did. He is looking better every time he’s on the floor.”

Villers wanted to stay aggressive on the offensive end. Highlands began and ended the Tomcats’ 2020-21 season with a loss and the senior wanted to play a significant role in reversing the outcome this year.

“When I first came back against Elder in the AIT championship, I hadn’t touched the ball in 10 days,” Villers said. “I am one of those people that needs to shoot every day to feel good. I just didn’t feel it during that game. In this game against Highlands, I knew I had to play a big part in it. Luckily, my shots were falling, and God blessed me with a good game.”

Highlands coach Kevin Listerman eventually called timeout to stop the initial Ashland surge late in the first quarter. The Bluebirds answered their coach’s challenge and reduced the margin to 20-11 in the second frame.

“We just needed to compete,” Listerman said. “We know when you make this trip, there are a lot of things against you. You are not in your normal rhythm or your normal setup. I don’t think we responded well early. Ashland got it going. I took the timeout and said we just have to compete and get a stop and a score. Our group did a great job after that to get back in it.”

The Tomcats’ next four field goals were from downtown. Colin Porter and Asher Adkins connected from beyond the arc and Villers added another pair of long balls to stretch the advantage back to double digits.

Porter scored Ashland’s final six points of the first half to give his team a 38-25 edge at intermission.

The Tomcats recorded 15 3s on the night, but Mays doesn’t want his team to become complacent and rely on the 3-point shot.

“I thought we played with a little basketball arrogance tonight,” Mays said. “My staff said, ‘Coach, you come off a game where you hit 20 3s and made 15 (against Highlands).’ They are confident that they are going to make them.

“There will be a game where we don’t hit all those shots,” he added. “So, I told my team I want you to go out and play like you’re not going to hit another 3 in this game. That’s how hard you have to play on defense. We only had four offensive rebounds. We have to do the little things well.”

For now, Ashland (11-4) continues to put up impressive shooting numbers. The Tomcats lead the state in made 3-pointers with 171. Highlands isn’t far behind on the list with sharpshooter William Herald. The junior’s 53 3-balls tops the state.

But the Bluebirds were just 3 of 9 from long distance against Ashland. The Tomcats forced 16 turnovers and tallied 13 steals.

“We turn people over a lot,” Mays said. “We take away 3-point shots. … But they can shoot over us and score inside on us. We have to live with that. But the tradeoff is getting deflections, turning people over and making 3s.”

Listerman expects the Bluebirds to get their opponents' best shot after collecting a state title in Rupp Arena last year. Highlands embraces its success but wants to look forward.

“It’s a totally different journey,” Listerman said. “Unfortunately, we do have that target on our back. People look at us different when we walk in the gym because of what we accomplished last year. I really try to keep the kids’ focus on this year’s journey. It’s our growth. We have guys in different roles. For the most part, we have done a great job with a challenging schedule.”

Highlands (10-5) cut the second-half deficit to 44-36 after Oliver Harris completed a 3-point play midway through the third quarter.

Ashland kept answering the Bluebirds' rally with the 3-pointer. Porter, Adkins and Tucker Conway each silenced a potential spurt with a long jumper to end the frame.

“It’s the mark of a really good team,” Listerman said, “and a team that has a really great point guard. They were really patient to get what they wanted. They did a good job of getting downhill into the paint and kicking it out and knocking down shots. … We didn’t do a good enough job of keeping them out of the lane.”

The schedule doesn’t get easier for Ashland. The Tomcats face district rival Boyd County on Tuesday. They also have January dates with Huntington, Bardstown and Covington Catholic.

“It’s brutal, but it’s going to prepare us for State,” Villers said. “We saw that last year. We did well in the first two games but then we just wore out. Highlands was the better team when they beat us. The schedule this year is 10 times harder than last year.”