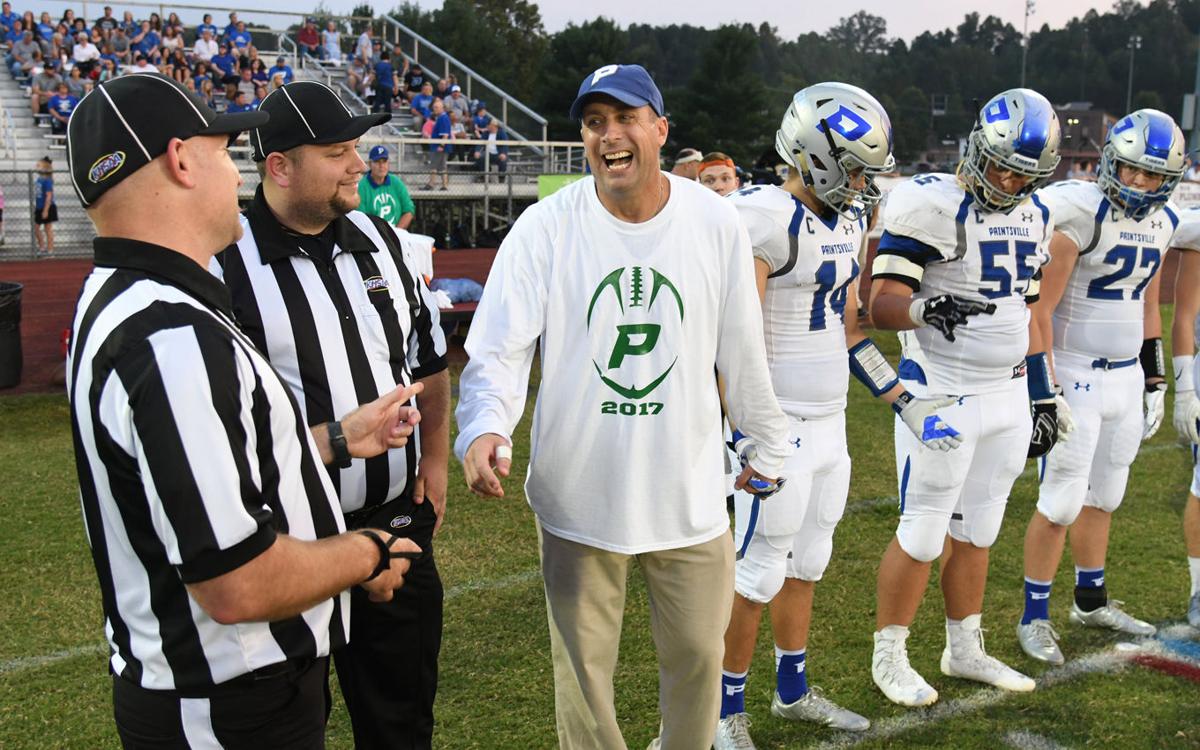 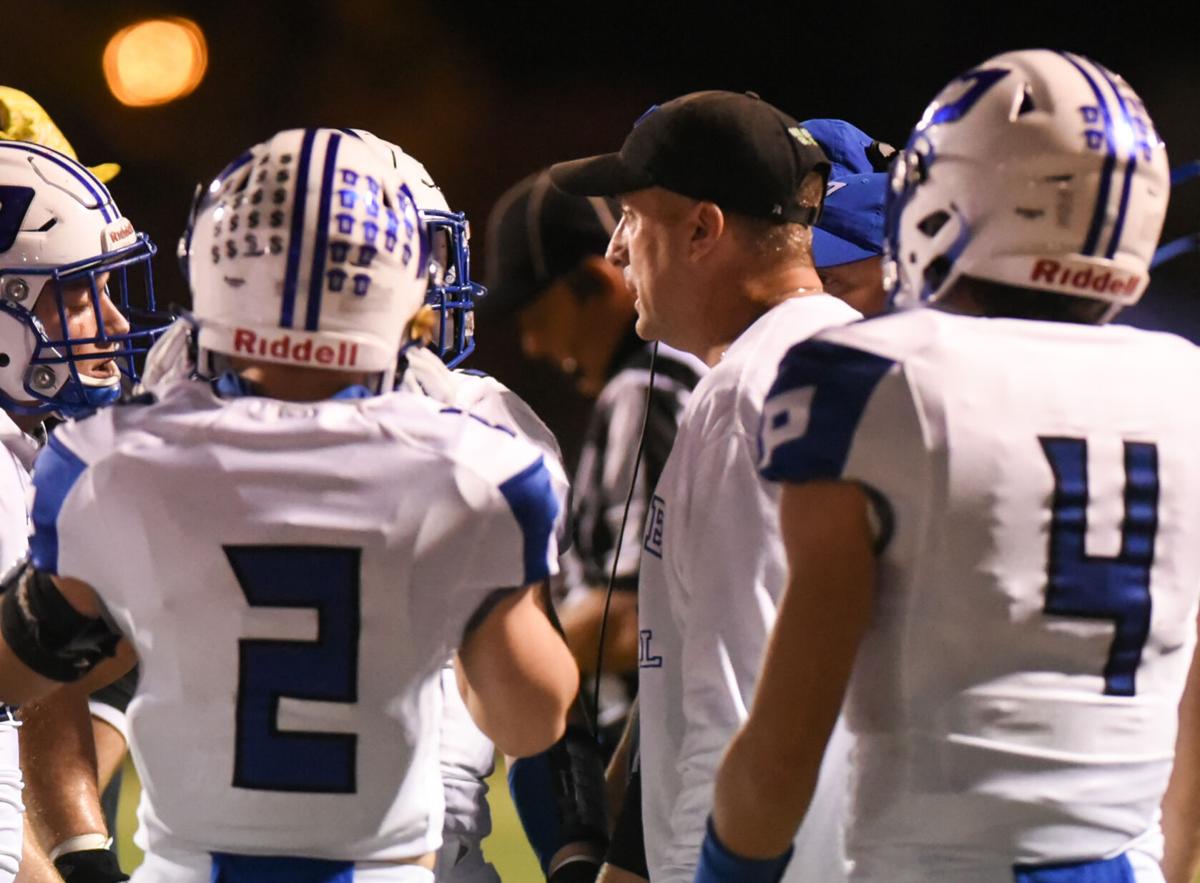 Paintsville head coach, Joe Chirico talks with his team during a timeout against Raceland on Friday evening. 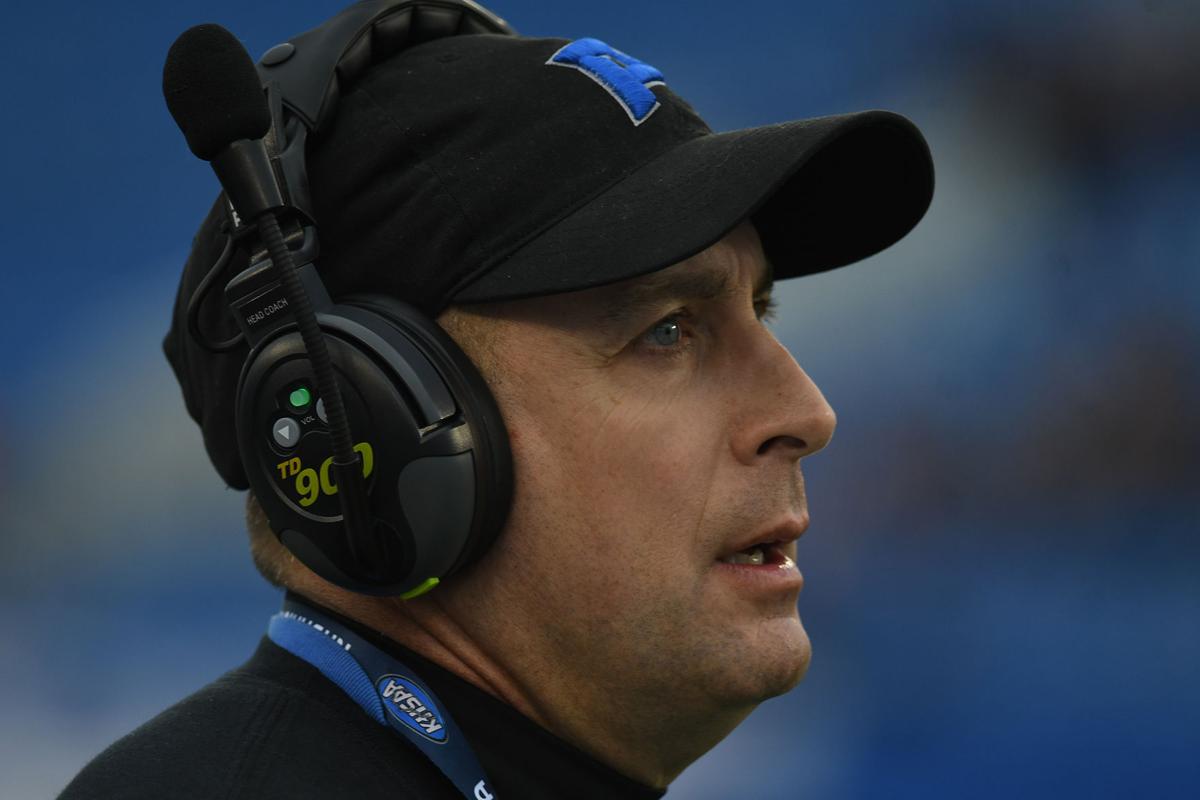 Paintsville head coach, Joe Chirico talks with his team during a timeout against Raceland on Friday evening.

In true Joe Chirico fashion, Paintsville’s former football coach downplayed his own role in the Tigers’ success on his way out.

“It’s hard to leave something that you’ve been a part of for a long, long time,” Chirico said Thursday. “Then maybe you look back and say, well, maybe somebody else can do it a little better than what I’ve been doing it, a little different voice.”

Chirico’s voice worked well enough to lead Paintsville to its first state championship in 100 years of football in December. Now he’s on to his next challenge at George Rogers Clark.

Chirico was introduced as the Cardinals’ new coach on Wednesday in Winchester.

“I’ve cried, I’ve laughed, excited, all those things thrown into one,” Chirico said of the job change, which is at least in part because of his other job.

By day, Chirico works for Consolidated Graphic Communications, a branding and marketing agency that has offices in both Paintsville and Lexington. Before the pandemic, it wasn’t uncommon for Chirico to make the trip to Lexington once or twice a week, but the company has worked on getting Chirico closer to Lexington for some time, he said.

“It’s been a whirlwind, really,” Chirico said. “Hate leaving such great families, such great players, a home of 25 years, but things happen for a reason. My real job was part of that reason.”

Paintsville’s 38-7 victory over Kentucky Country Day in the Class A state final made it both easier and more difficult to leave the Tigers, Chirico said.

“I want Paintsville to always be successful and continue to build on what those players have built over these years,” Chirico said.

The Tigers went 86-20 in Chirico’s eight seasons as head coach, playing in consecutive Class A state finals in 2019-20 and reaching the state semifinals before that in 2015-16.

Paintsville finished 8-4 in Chirico’s first campaign in 2013 — winning as many games as it had in the previous three seasons combined — and never won fewer than 10 games in each of the next seven years.

Kash Daniel, who was Mr. Football in 2015 and led the Tigers to the first of those state semifinal trips before playing at Kentucky, authored a pivotal role in the turnaround, too.

“We are very appreciative for Joe Chirico,” Paintsville athletic director Morris Copley said. “He brought our football program back to prominence and we can never repay him for that. He instilled values in our student-athletes that will stay with them forever. We wish him great success in his new chapter. He and his family will always be a part of the Tiger family.”

George Rogers Clark hasn’t won double-digit games in a year since the KHSAA began keeping comprehensive online records in 1998, though the Cardinals did post consecutive seven-victory seasons in 2018-19 before slipping to 3-5 in 2020.

“They have been successful there,” Chirico said, “and I get to be a part and put my spin on whatever I can do.”

Chirico added that George Rogers Clark’s personnel have been inviting and the “facilities are amazing.” The school opened a sparkling new facility with artificial turf in 2019.

George Rogers Clark’s enrollment is 1,570, according to the KHSAA, which is about seven times Paintsville’s 224 students.

Chirico said he’s excited about the prospect of a larger roster size, but hasn’t abandoned the concept of what he called “iron man football” in the 2014 preseason, when Paintsville dressed 28 players. So some Tigers routinely played in all three phases of the game.

“The best 11 gotta play, no matter what scenario comes up,” Chirico said. “It’s always been something I’ve stuck with. I’m sure there’s guys at GRC that want to play one way, but maybe they’re needed somewhere else sometimes.”

“And that goes beyond being a football coach,” Keene said, according to the Herald-Leader, “just as a man and a leader of young men. He’s known for doing things the right way and then success follows on the field and off the field.”

Chirico will also be closer to adult daughters Sydney, who lives in Lexington, and Presley, a junior basketball player at Centre College.

Chirico and his wife, Ashley, also have two children still in school: son Brayden, whose fight with spina bifida has been well-chronicled, and daughter Isabella, a high school freshman currently playing basketball at Paintsville.