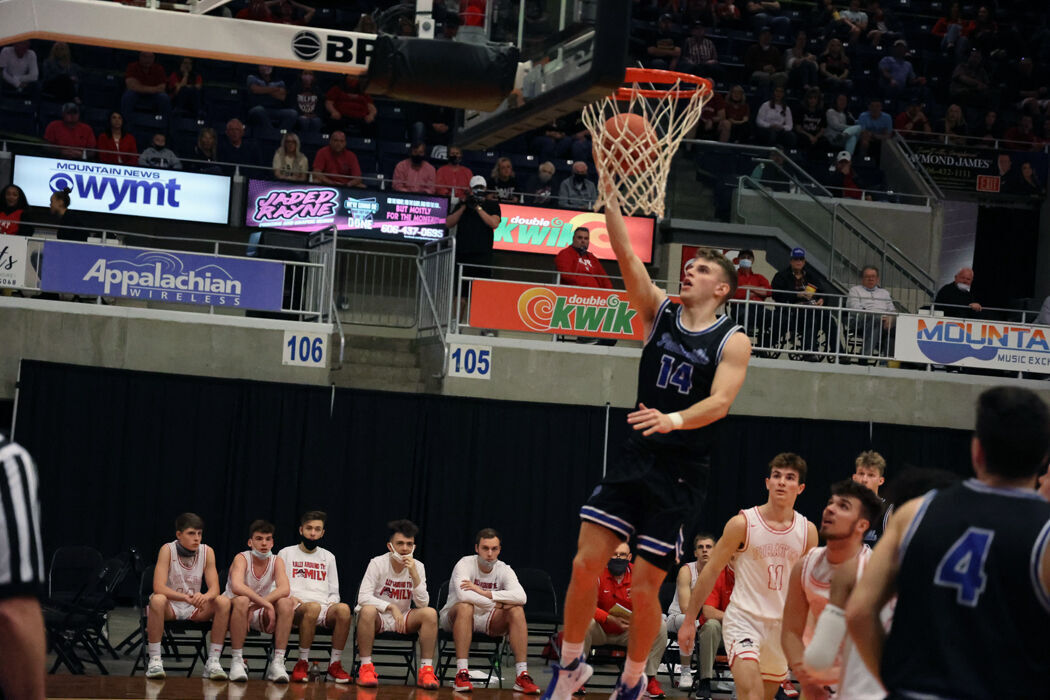 Paintsville's Jaxon Watts shoots a layup against Belfry on Friday night. The Tigers won the 15th Region Tournament for the first time since 2008. 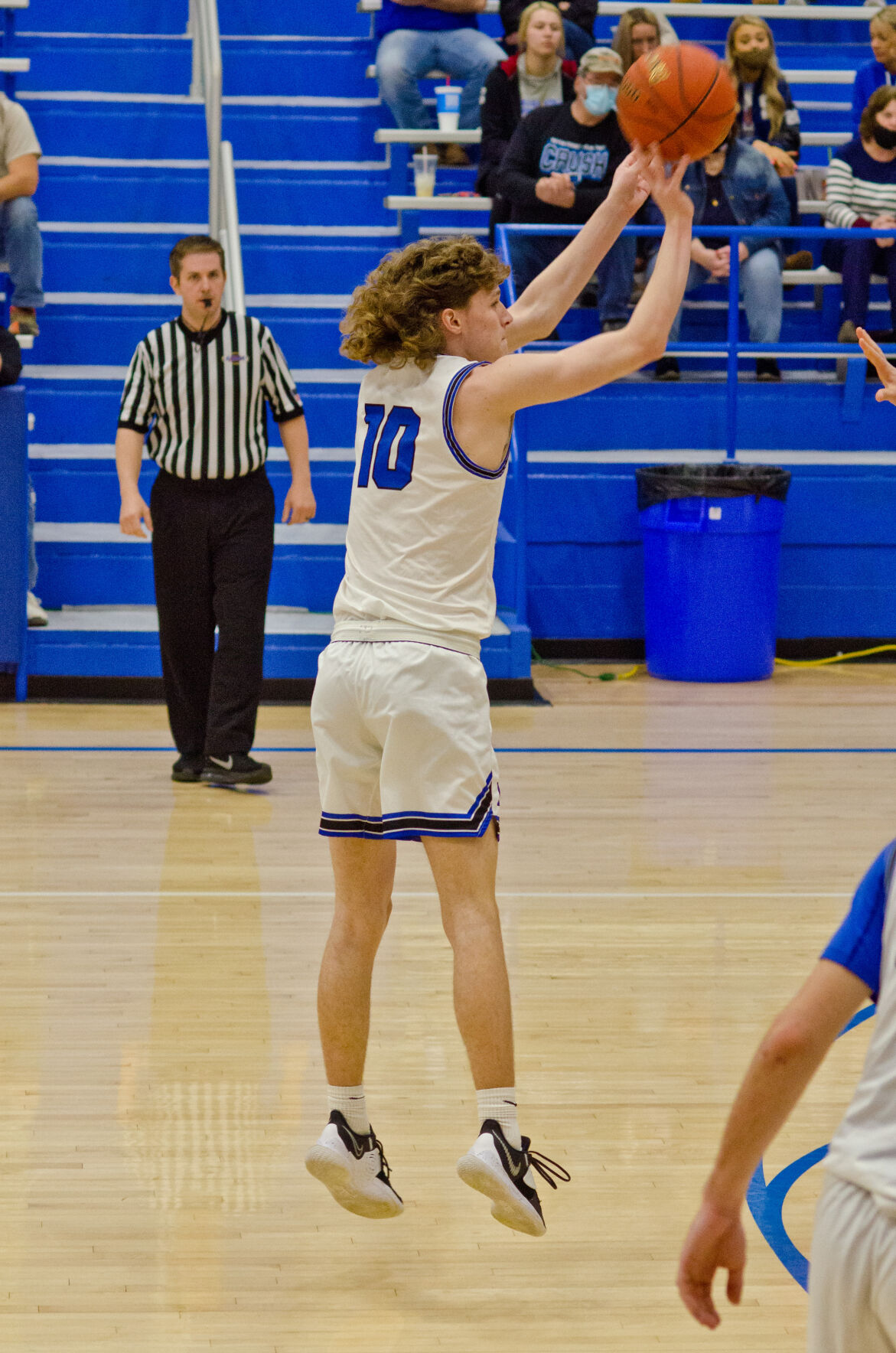 Paintsville’s Connor Fugate prepares to launch a 3 against Shelby Valley on March 3.

Paintsville's Jaxon Watts shoots a layup against Belfry on Friday night. The Tigers won the 15th Region Tournament for the first time since 2008.

Paintsville’s Connor Fugate prepares to launch a 3 against Shelby Valley on March 3.

Paintsville coach Landon Slone will step back into familiar territory on Thursday.

He was a starting guard for the Tigers on the Rupp Arena floor the last time Paintsville played at the state tournament in 2008. Now, he will lead his alma mater from the sideline as the school makes its first Sweet Sixteen appearance since that momentous March 13 seasons ago.

The Tigers head to Lexington winning their last seven games and 10 of their last 11. Slone said his team found their identity halfway through the 2020-21 campaign.

Several players found their footing on the hardwood after returning from a state title run on the gridiron.

“The biggest part for me was just trying to get our team in a rhythm during the middle of season,” Slone said. “We were able to have a little more practice time. We played some games at home and that's where we found that identity and that was our defense. It's been consistent all year. We’ve had more time to work on our halfcourt sets and our offense. They bought into what we wanted to do. It’s helped having four seniors to pave the way.”

The excitement for their return trip to Lexington extends to the community, according to Slone.

“When we came back into town (after winning the region championship),” Slone said, “we had a caravan probably a mile long. We had fireworks. Everybody was on their porch flashing in their lights. For the kids, it was really exciting to be back on that level.”

Paintsville had lost to its crosstown rival Johnson Central twice during the regular season but evened the series in the district and regional championships and needed a total of three overtimes to accomplish the feat.

Slone feels the team is well equipped to play any style of basketball and can handle the pressure of postseason basketball. That was evident during the 15th Region title game as the Golden Eagles tried the same strategy they used against East Ridge in the opening round.

Johnson Central held the ball for a long stretch of the overtime period but Slone and Tigers wanted to be to be the aggressor in the extra session.

“I was fortunate to watch the East Ridge game,” Slone said. “East Ridge laid back in a zone and I said to myself that you need to make something happen on defense. You have to go out and guard them man-to-man. …. We talked about that as a staff. The Eagles got up four late in the game. We got steal and a layup and they missed the front end of a one-and- one. Our kids just kept believing and made plays at the end.”

Senior Jaxon Watts made the biggest play of the season for the Tigers. His perseverance paid off and on his third try at a putback, the ball fell through the hoop as the final horn echoed through Appalachian Wireless Arena. The game winner was the only two points he scored in the contest.

“I told him during the game that I don’t care if you miss it 10 more times, I just want you to keep shooting it,” Slone said. “If you look throughout the year, he's been one of our more consistent shooters. For him to have the mental awareness and then go in and get those rebounds at the end, it was huge.”

Paintsville (15-8) will meet 12th Region champion, Boyle County (21-4), on Thursday at Rupp Arena at 5 p.m. The Rebels defeated Lincoln County in the region final on the Patriots’ home court after falling to the same team in the district championship.

“We were fortunate to beat them three out of four times,” Boyle County coach Dennie Webb said. “In that district championship, we just didn't have our edge. We were a step slow to everything. At the region tournament, we got back to basics. We got down and defended. We tried to simplify things a bit. The kids just grinded it out. It was a great effort. Lincoln County wasn't going to back down by no means.”

Boyle County increased its win total to 21 after recording 12 victories last year. Webb attributed the success to the experience the team gained in the prior season. The Rebels played several underclassmen and encountered a new system during Webb’s first year as Rebels coach.

“We changed things up a little bit,” Webb said. “I was getting to know them and they getting to know me as a head coach even though I was assistant coach here. We did tweak things a little bit offensively. There was a feeling out process. This year we had a better plan of what we wanted to do.”

Boyle County has a Luke on the perimeter and another in the post who leads the team in scoring. Luke Imfeld is the Rebels top scorer at 18.7 points a game. Luke Sheperson totes 11.0 points a contest and pulls down 8.4 rebounds a night.

The Rebels have two more players who average double figures. Hagan Webb scores an average of 10.4 points and Jagger Gillis scores at a 10.0 clip.

“Luke Enfield plays on the perimeter,” Webb said. “He hits big shots and is probably our best perimeter shooter. He is the one that other teams kind of focused on and to be honest, it's allowed our other kids to step up and take care of some things on the offensive end.”

“We have several kids that can score,” he added. “Luke Sheperson plays on the inside for us.  He’s maybe a little undersized as a center. He’s 6-foot-3 and a very athletic and strong kid. He gives us a physicality and athletic ability inside.”

Slone said he has watched film on the Rebels and is aware of their scoring ability and up-tempo style of play.

“They have two really good shooters,” Slone said. “It is really similar to watching us play. They play physical defense, and they have the capability to pick you up full court. … “It's a big challenge. We've had big challenges all year.”

Webb knows his team needs to slow down No. 12 for the Tigers. He acknowledges trying to stop Paintsville’s Colby Fugate is no easy task.

“My assistants have been watching them on film,” Webb said. “I watched a quarter of their region championship game. Fugate seems to be their guy.  I have watched him play some in summer ball. He's a nice player. They have good size from what I've seen. They might be a little bigger than us.”

Colby Fugate averages 21.0 points a game to lead the Tigers. His brother, Connor, records 10.9 points a contest and leads the team in rebounding with 6.5 boards.

Four-year starter and senior Braxton Tharp rounds out the double figures scores with 13.2 points an outing.

Webb believes his team will enter the game Thursday with the knowledge of what it takes to succeed this weekend in Lexington. Slone concurred with his counterpart.

“I will tell them to seize the opportunity,” Slone said. “I know that's a cliché, but they have earned this. It’s been a lot of hard work, especially in a year like we've had. I want them to have fun. We're happy that we're going but we want to go there and win and compete.

“With the kids that we have this year, that shouldn't be a problem,” he continued. “They always give great effort with everything they do, and they continue to do that. You never know what may happen.”