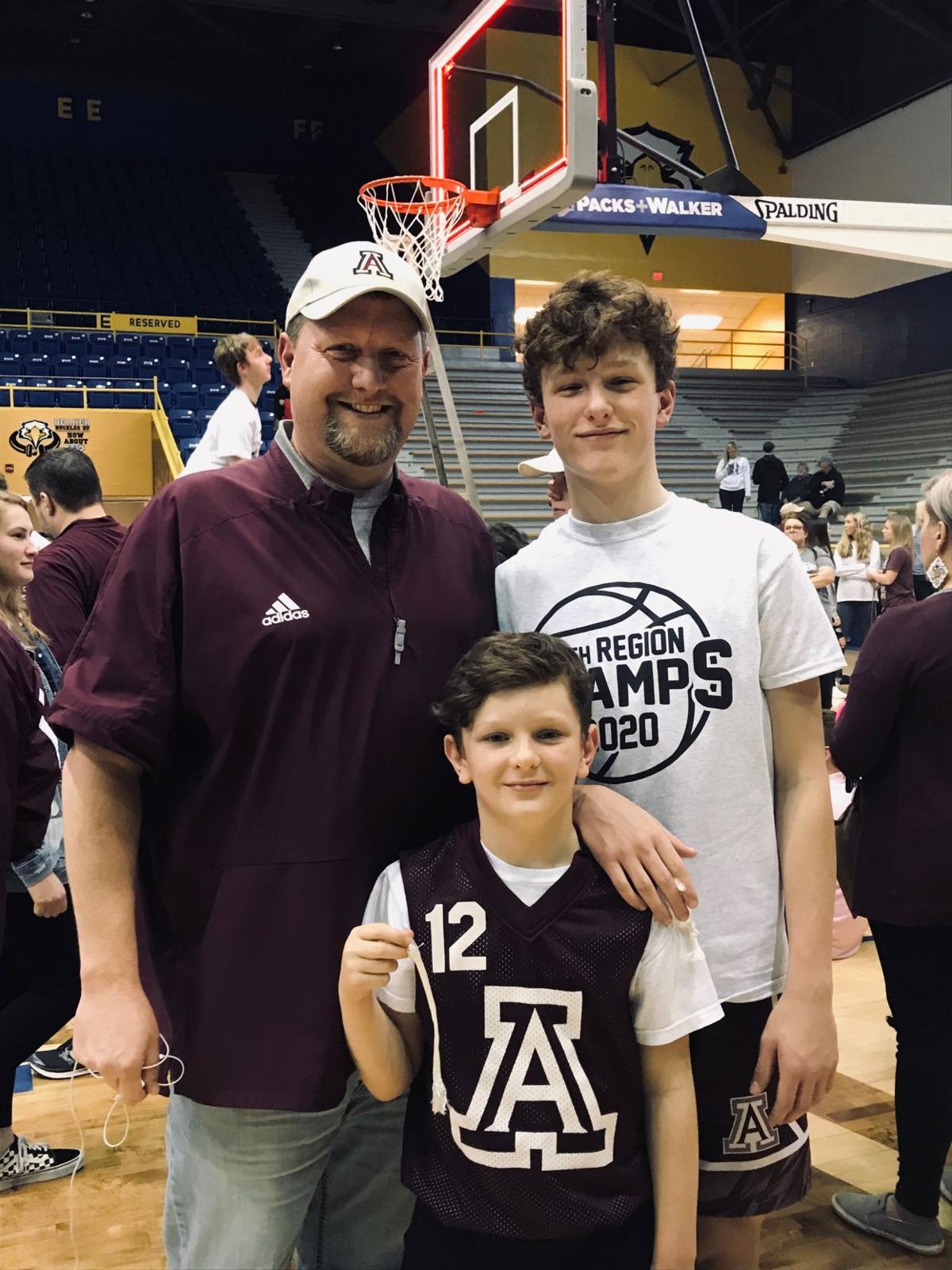 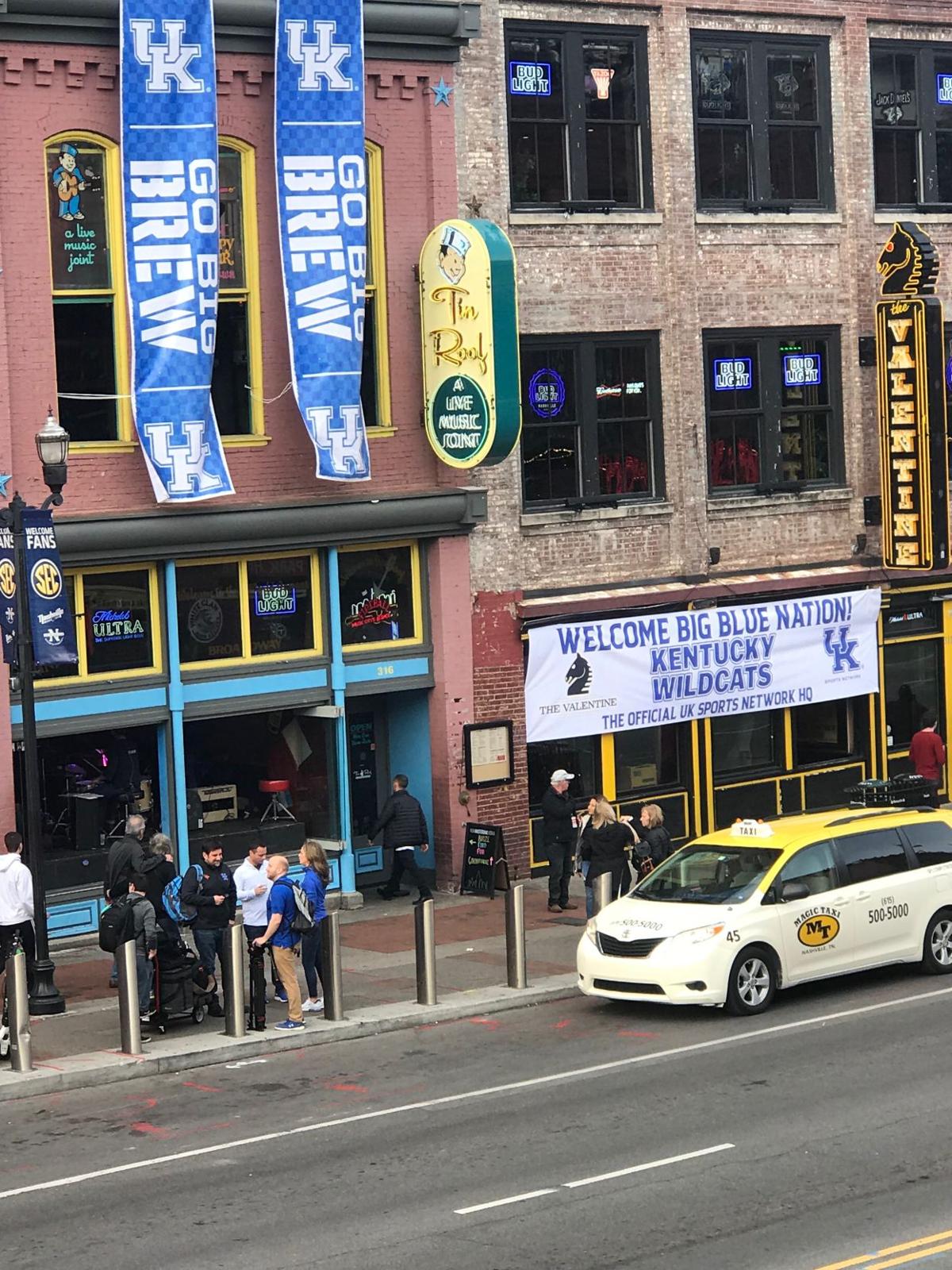 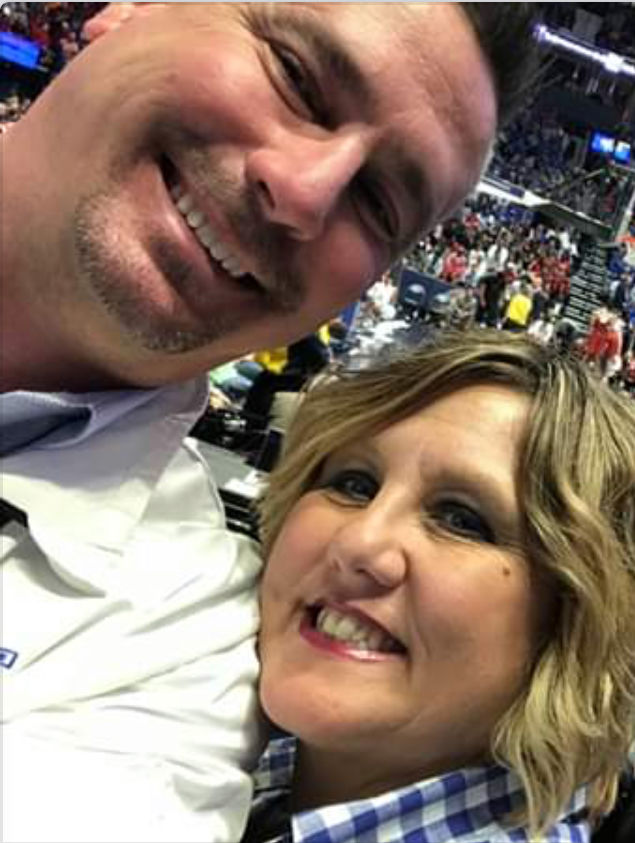 Adkins’s middle son of three, Asher, is a freshman guard on the Ashland boys basketball team that earned the right to take a 33-0 record to Rupp Arena today to open the Sweet Sixteen. To top that off, after what the Adkinses and all of Ashland hoped would be a long and prosperous stay in Lexington, Benji had gotten tickets to go to the Final Four in Atlanta with his father, C.J., and sons Will, Asher and Nathan.

What projected as a memorable month of March for the Adkins family washed out last week when the NCAA canceled its tournament and the KHSAA indefinitely postponed the Sweet Sixteen due to concerns over the COVID-19 pandemic.

“I understand the concern for everything, I understand the precautions that people want to take, but a lot of people have worked a lot of hours to be able to get to this position where they are, and for that to be taken away from them, I just hate it for everybody involved.”

Melinda Gifford shares the sentiment. She was feeling blue on Sunday, which in a different context wouldn’t be so bad, but this isn’t a typical third week of March for University of Kentucky basketball fans.

“I’m in Big Blue depression,” she said the next day.

Gifford, 48, who works in the Greenup County Circuit Clark’s office and lives in Raceland with her husband, Johnny, puts up a Kentucky-themed Christmas tree every year in their family room and doesn’t take it down until the Wildcats’ season is over. So she put it away on Sunday, which under normal circumstances would’ve been Selection Sunday.

The week before, the Giffords were in Nashville, Tennessee, with SEC Tournament tickets. Johnny, 48, works in digital advertising and marketing for cars.com and needed to be in Nashville for work anyway, but they’d gotten tickets through the UK Alumni Association and planned to mix business with pleasure.

As news broke Wednesday that Rudy Gobert of the Utah Jazz had tested positive for the novel coronavirus, leagues and conferences across the world began postponing and/or canceling games and tournaments.

“We started hearing rumors they might shut down this, shut down that,” Johnny said, “and we were like, we better get down there and at least catch a couple games before they shut this stuff down.”

Kentucky hadn’t been scheduled to play in the SEC Tournament until Friday, having secured a double bye to the quarterfinals by virtue of a top-four finish in league play. But tournament play began Wednesday, so the Giffords got to Bridgestone Arena in time to see Georgia-Ole Miss and Vanderbilt-Arkansas.

“During halftime of the Vandy game, we heard that they were shutting down the entire SEC Tournament,” Johnny said, in reference to the SEC’s initial plan to close tournament play to fans, an announcement roundly greeted by booing from fans in attendance. “And we both just looked at each other like we’d lost our best friend.”

Added Melinda: “This is my favorite week of the year.”

“Even seeing the shot, the 32 from that other team, I would love to see it,” Johnny said, laughing, referring to Duke’s Christian Laettner’s 1992 shot to beat Kentucky that is typically omnipresent on TV this time of year — but preferring not to credit the Bluegrass’s villain by name.

Kentucky’s potential to make a deep run in the SEC and NCAA Tournaments made their cancellation more frustrating for the Giffords and Adkinses.

“Every year at this time, with our one-and-dones, we’re always trying to build that team up,” Johnny Gifford said. “We felt like we were finally peaking, even after we lost that 18-point lead at home to Tennessee and then came back and bounced back to win the Florida game. They’ve been showing signs of fighting.

“We felt like we were gonna run through the SEC Tournament and get a good seed for the March Madness brackets for sure. We thought we would be going to the Final Four.”

Benji Adkins’s uncle, Carl, is executive director of Atlanta’s host committee for major sports, Adkins said, and got his family tickets to the Final Four. He’d planned to retire after that event, having worked at the College Football Playoff national title game in 2018 and Super Bowl LIII the next February.

“This was the only time that we’ve been able to go to anything,” Adkins said. “It was (Carl’s) last thing, and just kind of a punch in the gut.”