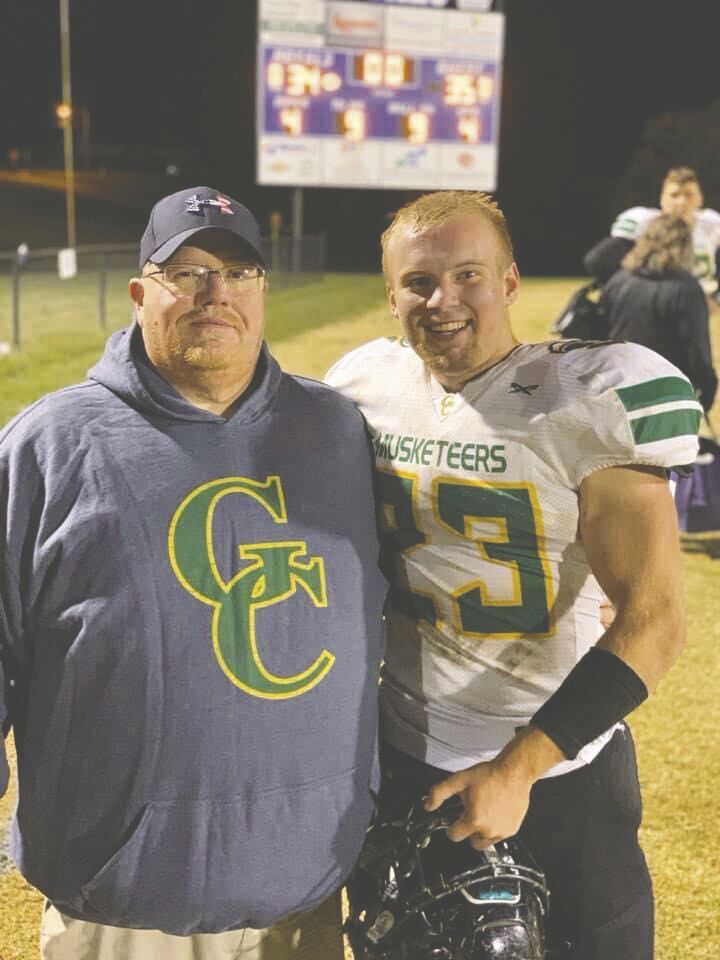 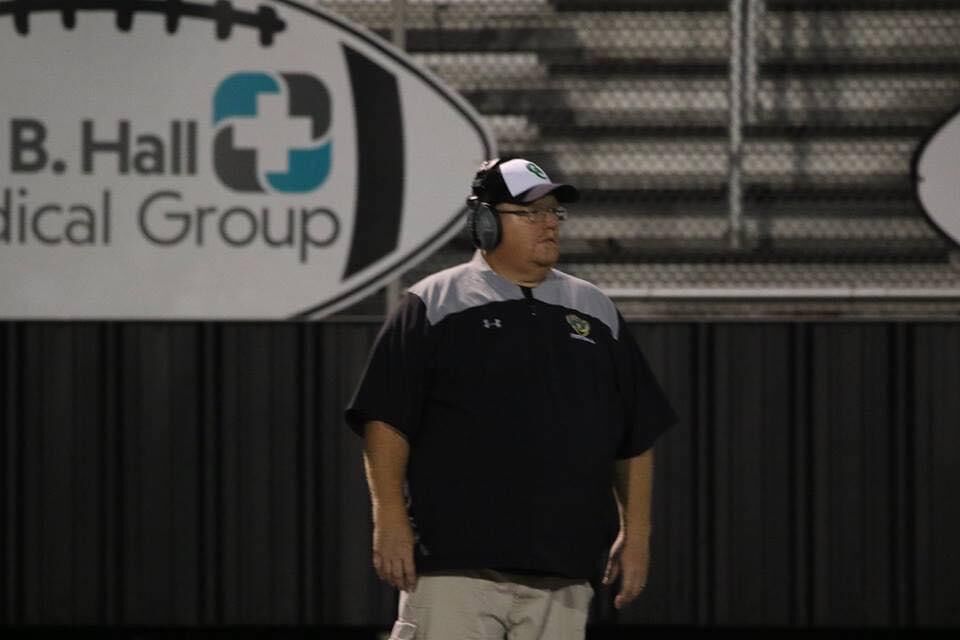 Football coaches really get to know each other in long meetings and hours of watching film, but they have a way of first meeting through connections, shared relationships and chance encounters. That was how Zack Moore made the acquaintance of Jamie Kennedy, then a high school assistant coach working at a hotel where Moore stayed while helping run a Morehead State satellite camp in 1999, he said.

Nineteen years later, Moore and Kennedy joined Greenup County’s staff at the same time. Moore was struck by the Musketeers’ new offensive line coach’s way of relating to his players.

“They were just bought in to him,” Moore said of Kennedy. “All of us are limited in our coaching ability and what we can get out of kids, but one limitation he didn’t know was how to reach a kid and how to put them at ease around him. And I know it’s cliche in these times, but that speaks to the man, because he was like that to every kid in the school.”

Kennedy died Wednesday, two days after his 49th birthday. His bosses, former and current, Moore among them, remembered Kennedy as a coach who related to players on a personal level and built strong units that way.

“Always positive,” said former Lewis County coach Josh Hughes, who shared a staff with Kennedy from 2007-08. “He rarely raised his voice. Extremely smart and well-prepared. The kids loved him. His rapport with them allowed him to get things out of them while being able to be his relaxed, positive self.”

Kennedy began his coaching career as a student assistant at Union College under Matt Ballard, Moore said. Ballard went on to coach Morehead State beginning in 1994, and Moore worked for him there. Ballard and then-Morehead State defensive coordinator John Gilliam, who went on to coach Boyd County, were Moore’s initial one degree of separation from Kennedy.

Kennedy was an assistant at Cumberland High, Knox Central, Lewis County and Johnson Central before joining the Musketeers, where he was in his fourth year on staff at the time of his death.

Kennedy was known there for a meticulous approach that included written tests before games, but there was some levity, too, notably in the form of a PayDay candy bar presented every week to the lineman who had graded out the highest the Friday night before.

“He had a tremendous impact on our state championship run,” Golden Eagles coach Jim Matney said. “Our line, of course, is known throughout our state and many states. He was just an integral part of that. He was always good-natured, good-spirited, and kids liked him, and he worked incredibly hard.”

Johnson Central’s 2016 title came in its second consecutive trip to the state title game — ultimately, the second of five straight visits to the carpet. Before that, the Golden Eagles had never cracked the state final.

“He was a huge part of that, a huge, huge part of us getting to the next level,” Matney said. “When we interviewed for that position, the main thing I was looking for was somebody that could relate to kids, and I felt like he was there. He was the man.”

Kennedy’s is the latest in a series of deaths in current and former members of the Golden Eagles ecosystem in recent years. Matney pronounced himself “especially a little bit bitter about this one.”

Kennedy had moved on to Johnson Central from Lewis County because he no longer had a teaching job lined up there, Hughes said. He remembers being with Kennedy at a Vanceburg laundromat getting the Lions’ gear ready the day before practice started in 2009 when Kennedy got the phone call from the Golden Eagles offering him a teaching and coaching job.

“We would make sure we were near the area where the team was walking out ... and try to catch up at some point while they were down there,” Hughes said. “We were super proud and rooting as hard as we could for them. That was one of our guys.”

After Kennedy moved back to the house he grew up in in Garrison, a reasonable commute from Lloyd, he and Weddington bumped into each other a few months ago at a grocery store. The conversation largely centered on their families and students they’d taught, Weddington said.

“We talked about how kids from Lewis County, Greenup County and Johnson County were all cut out of the same cloth,” Weddington recalled. “They were fiercely loyal to their schools and families. Even though the kids he worked with may have struggled at home or in the classroom, those kids always did everything they could to please you.”

Hughes recalled that linemen — Kennedy’s charges — sometimes feel left out or underappreciated, and Kennedy went out of his way to change that.

“This was their guy, and he was great with that,” Hughes said. “He made sure that before practice, after practice, water breaks, that he stayed with those guys and showed how much he cared, no matter what.”

Moore didn’t have much time Wednesday to process what was happening. He said he learned of Kennedy’s passing less than an hour after finding out he was in medical peril.

Moore declined to comment on Kennedy’s cause of death. The Herald-Leader later quoted Greenup County Schools Superintendent Traysea Moresea saying it was her understanding Kennedy had died of complications from COVID-19.

In addition to coaching together for three years and change, Moore and Kennedy also worked in concert during the school day. Kennedy taught health at Greenup County and Moore is a physical education instructor.

“We had lunch together a lot,” Moore said. “We were together quite a bit. He’d come down every couple Fridays or so and we’d have a Dodgeball Friday. We’d referee those dodgeball games together. So we spent a lot of time together at school.”

As of press time Thursday night, Greenup County was still in search of a game to open its season tonight at Martin County, having had last Friday’s opener canceled and three attempts at games tonight called off during the day Thursday.

If the Musketeers can suit up tonight, Moore thinks that will provide a salve, even under straining circumstances. They’d voted Wednesday to play tonight as scheduled at Martin County, he said, before the Cardinals had to cancel Thursday for COVID-19-related reasons. Road games against Lucasville (Ohio) Valley and Berea were subsequently scheduled and then removed from the docket.

“’Whirlwind’ would accurately describe the past Lord knows how many months, but especially the last couple weeks here,” Moore said. “I think this would be a great way for everybody to deal with the grief.”

That’s because, Moore said, for 48 minutes of game time, the Musketeers might be able to focus on something else.

“When you’re emotional before a game, it’ll usually last until the first series or kickoff, and then it kicks back in after the game is over,” Moore said. “Before and after the game, it’ll be staring us right in the face, but I got a feeling for the time in between, they’re just gonna play the best they possibly can, and the rest of it, we’ll figure out.

“Things are difficult, but this will help us move forward. And it’ll help everybody in their grieving process, I think. It’ll help me, selfishly, to get back to football and do some of those things. I think it will the kids, too.”