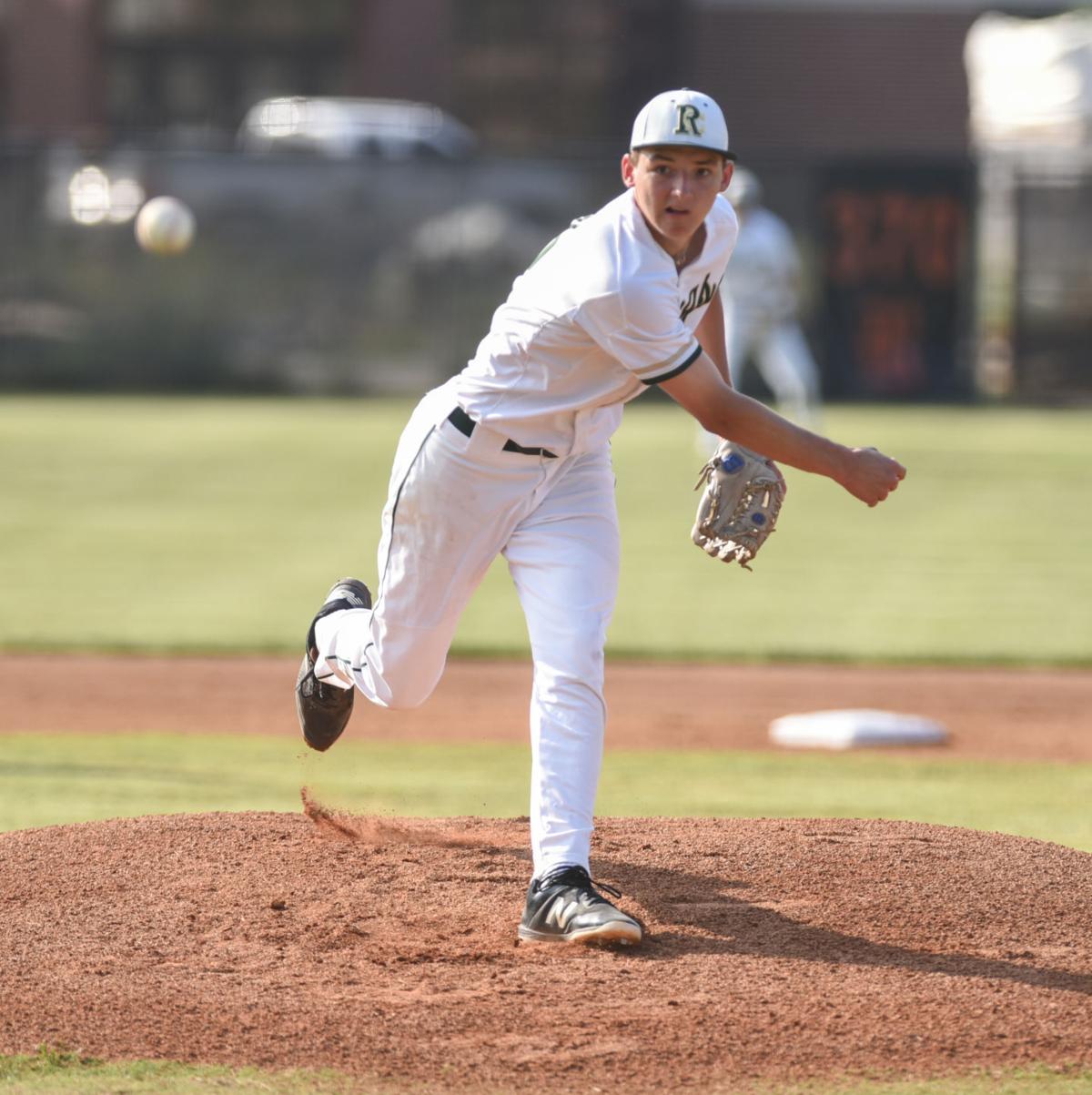 Mason Moore of Rowan County delivers a pitch on Tuesday against Ashland. MARTY CONLEY/ FOR THE DAILY INDEPENDENT 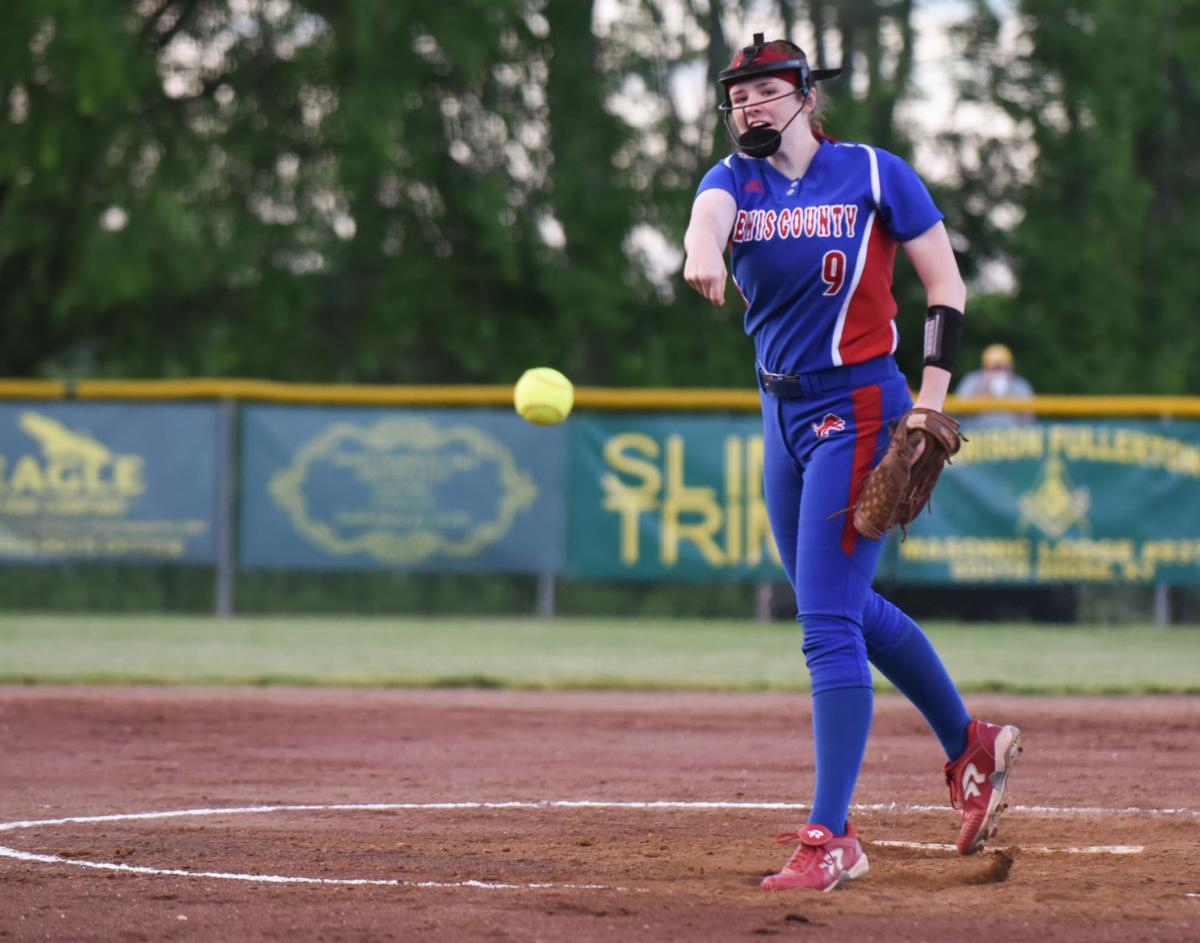 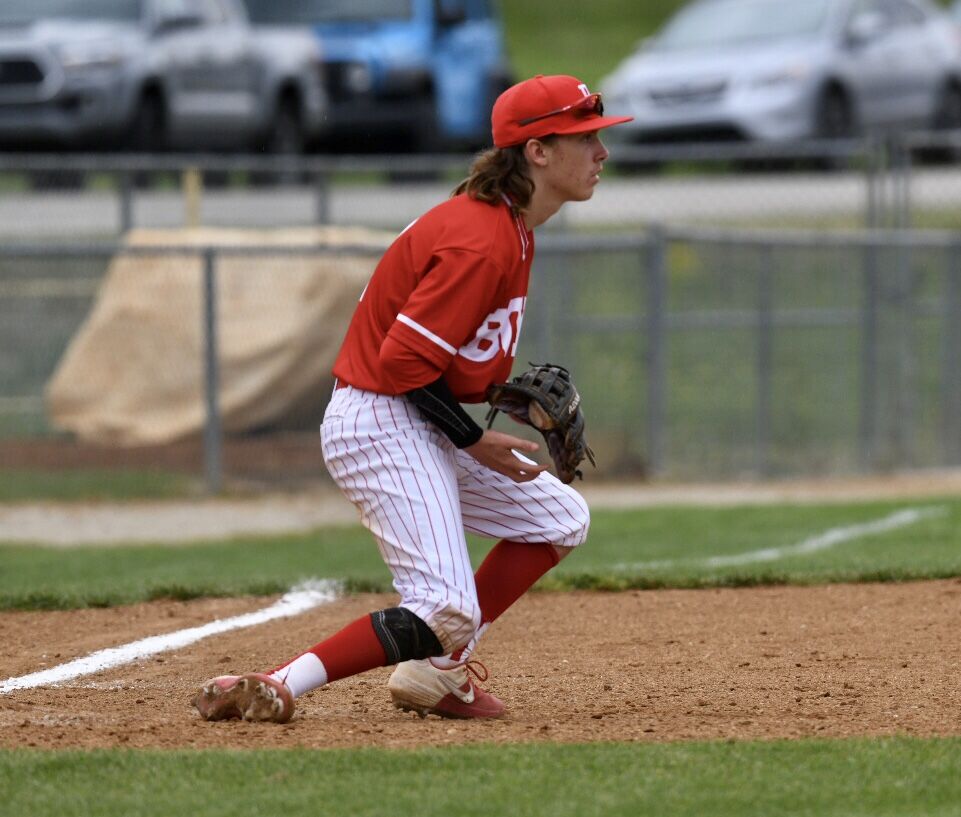 Mason Moore of Rowan County delivers a pitch on Tuesday against Ashland. MARTY CONLEY/ FOR THE DAILY INDEPENDENT

It’s likely he’s the first one who threw a baseball no-hitter the day before.

Excellence in multiple sports is nothing new for Moore, who was the winning pitcher of record in a state baseball tournament game as a freshman and also surpassed 2,000 career basketball points as a junior.

On Thursday, Moore compiled a no-hitter in a 10-0 five-inning Rowan County decision over Ashland. Moore struck out 10 Tomcats and needed just 64 pitches to do it.

The next day, Moore was announced as a member of the basketball Kentucky All-Stars.

The great distinction poses a conundrum: the Kentucky-Indiana games and the semi-state round of the baseball postseason are scheduled for the same weekend. The Vikings certainly hope they will be on the diamond and Moore will be on the mound that Saturday, June 12, when the 16th Region champion is scheduled to travel to a site hosted by the 13th Region winner.

But, that failing, representing the commonwealth that day in Indianapolis in one final competitive basketball game before going to the University of Kentucky to pitch would be quite the consolation prize.

It’s probably safe to say Mason Moore — along with many other basketball and baseball, softball, track and field or tennis athletes — made a smoother transition from winter to spring sports than we did. This is likely the first inaugural Weekly Cycle column to run in the last week of April since some guy who dubbed himself the Monday Morning Shortstop concocted it nine years ago.

For said inaugural Cycle, let’s look at the five northeastern Kentucky baseball teams and five area softball squads (alphabetically) who are off to the most impressive first months of the season.

(Please bear in mind the top 10 from any field of 38 is hardly comprehensive.)

• Boyd County baseball — The Lions (12-1) won their first 11 games, the best start in team history — no small feat in one of the Mount Rushmore programs in the 16th Region. Boyd County had never won more than eight consecutive games to start a season, which it did in 1996, according to the indefatigable Curtis Crye. The run has included a pair of victories over Johnson Central, a win against Raceland and a defeat of Paul Laurence Dunbar, a top 11th Region program.

• Greenup County softball — At 9-1, the Lady Musketeers are off to their best start since the KHSAA began keeping track of that online in 2002. Jeani Gollihue is in the first year of her return to the program — she coached Greenup County from 2006-07.

The Lady Musketeers own victories against Rowan County, Russell and Boyd County — an 18-7 decision.

• Lawrence County baseball — The Bulldogs may be the area team with the most to lose in not having a 2020 season, with sky-high expectations coming off a 15th Region title in 2019. But Lawrence County has picked up where it expected to leave off, starting the season 11-2.

That includes a 14-11 victory over Johnson Central, as well as wins over Russell, Pikeville, Hazard and Huntington High.

The Bulldogs haven’t reported statistics to the KHSAA website.

• Lawrence County softball — The Lady Bulldogs start six eighth- and ninth-graders, but that didn’t keep them from knocking off then-No. 1 Warren East or convincingly taking down Rowan County and Ashland.

• Lewis County softball — The Lady Lions have built upon their winningest season ever, in 2019, to the tune of a 9-1 start to the year. They own victories over Raceland, Lawrence County, Greenup County, Ironton and Harrison County. Joe Hampton — a first-year softball coach who is far from a first-year coach, having long since made his name in the 16th Region basketball world — leads the charge.

Emily Cole has solidified herself as one of the area’s top pitchers, compiling a 0.64 ERA with 109 strikeouts in 55 innings of work. She is also hitting .517 with 12 RBIs.

• Paintsville baseball — The Tigers (13-2) own a pair of victories against Johnson Central, including a 10-0 eye-opener on April 13. Their only loss to a Kentucky team is a 5-3 setback to Pikeville in the 15th Region All “A” Classic final.

Harris Phelps is hitting .475, Ashton Miller is batting .439 and Ashton Adams checks in at .400. Miller has 15 RBIs, while Cory Jefferson has driven in 16 and Gunner Collins owns 13.

• Raceland softball — The Lady Rams (13-6) own an eye-catching victory over Nitro (a 2019 West Virginia state semifinalist) and took down Pikeville, Bethlehem, Hickman County and Somerset in the All “A” Classic state event under first-year coach Robbie West.

Raceland claimed its seventh consecutive All “A” region championship and finished as a small-school state semifinalist on Sunday.

The Lady Rams haven’t reported stats to the KHSAA website.

Knott County Central, Hazard and Greenup County rank as the Vikings’ most impressive wins to date.

• Russell baseball — The Red Devils followed up a late-season swoon in 2019 with a 10-3 start to this campaign. Paul Laurence Dunbar, Belfry, Ironton and East Carter qualify as nice wins for Russell, as well as a split of two games with Greenup County.

A Celebration of Life will be held May 22, 2021, at Glen Willis House, 900 Wilkinson Blvd, Frankfort, KY from 2 to 5 p.m. RSVP to ammw55@gmail.com and please note attendance by Zoom or in-person.