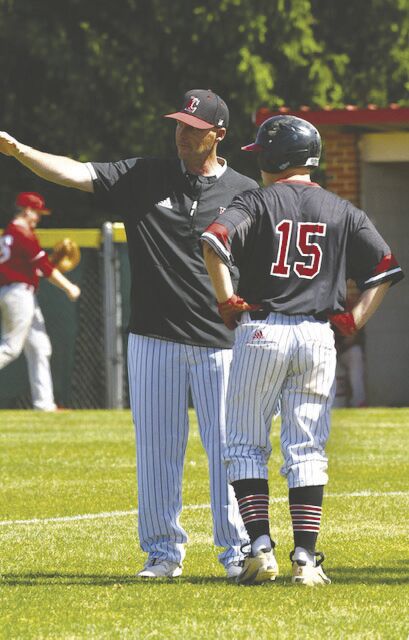 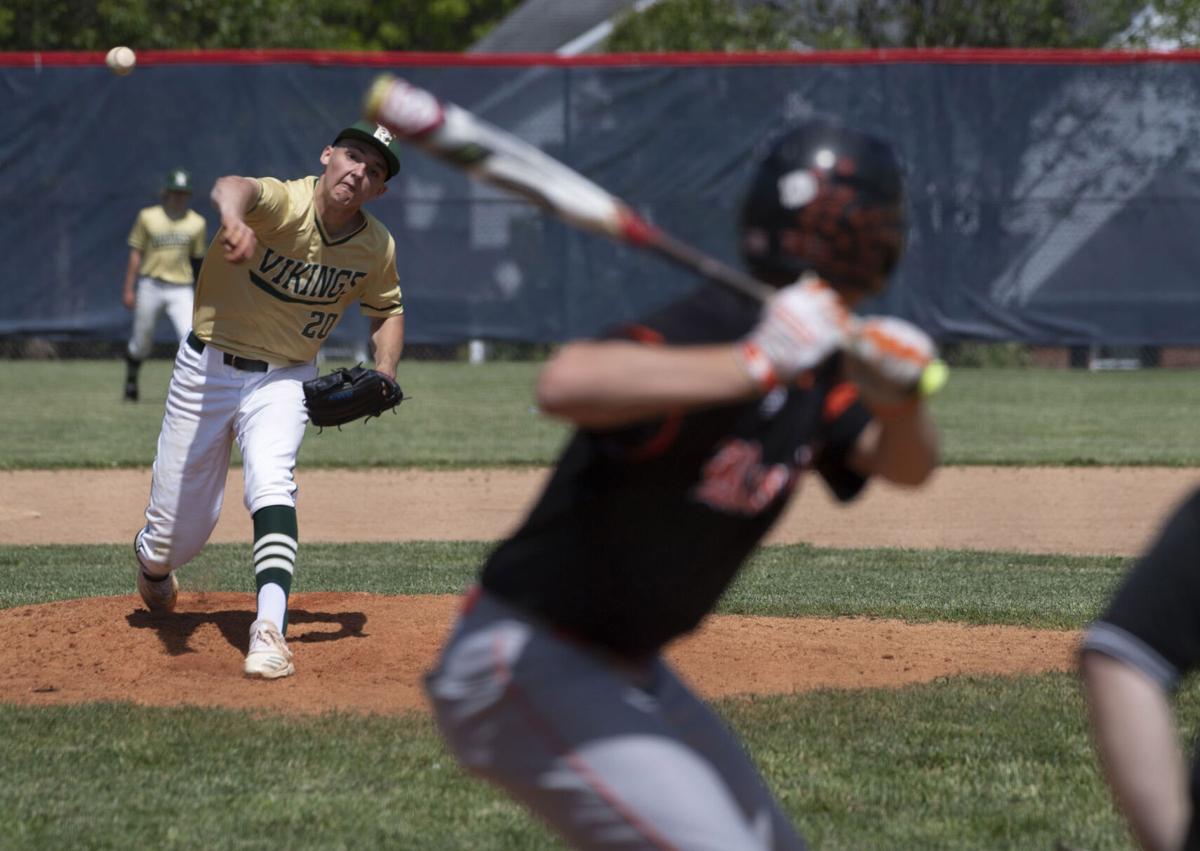 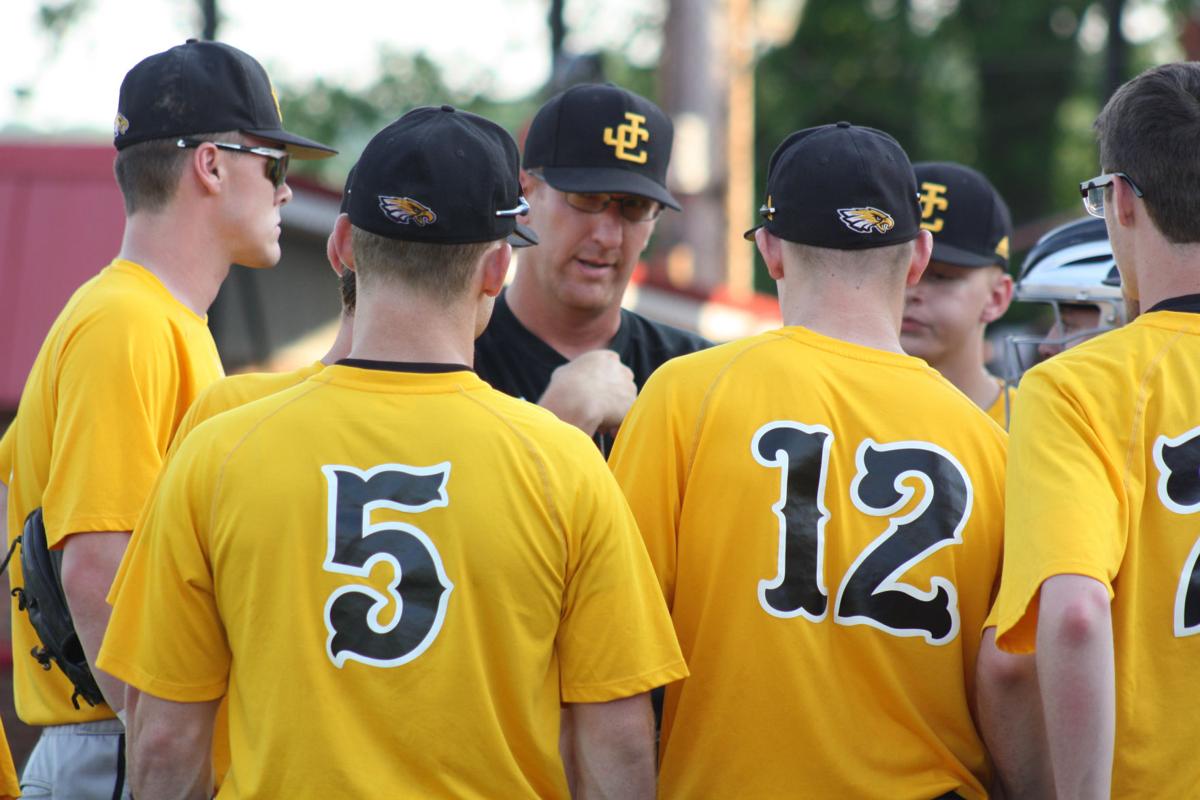 Johnson Central coach Shawn Hall, center, talks to  his team during a game against Boyd County in Cannonsburg on May 14, 2018. Hall won his 400th career game on Tuesday.

Johnson Central coach Shawn Hall, center, talks to  his team during a game against Boyd County in Cannonsburg on May 14, 2018. Hall won his 400th career game on Tuesday.

Travis Feltner didn’t need a reminder to value each opportunity to step onto Randy Keeton Field, or into the visiting dugout wherever Lawrence County might be playing. Not after losing last year — projected to be one of the Bulldogs’ best ever — to the pandemic.

The Bulldogs had never played Estill County during their 12 seasons under Feltner before May 7, when Lawrence County encountered the Engineers and their 28-year-old coach, Blake Crowe, in a neutral-site game at Montgomery County.

“I laughed (good-naturedly) when I met him,” Feltner recalled. “’My goodness, coach, how young are you?’ He just looked so young.”

Young enough to have two, well, very young children, the older of whom had a T-ball game scheduled for the next morning.

Problem was, so was the Engineers’ game against Rowan County in Mount Sterling.

The request was granted, and those proved to be the last games Crowe ever coached. He was electrocuted in a freak accident at his home and pronounced dead at the Irvine hospital on May 9.

“I’m devastated for his family, that community, that team,” Feltner said. “Same for Montgomery County.”

That’s because five days after Crowe’s passing rocked the state’s high school baseball coaching community, Lawrence County was set to host Montgomery County on Friday night. But the Indians never made it to Louisa after a minor was killed in an accident involving their team bus and another vehicle. WKYT later reported her name was Emilee Collins.

“I’ve encouraged our kids and our coaches to keep them in their prayers,” Feltner said of the Montgomery County and Estill County communities, “and I would ask you to do the same.”

Feltner, among the most intense coaches in any sport in northeastern Kentucky and beyond, had no trouble putting the game he coaches in perspective in light of the two tragedies that — broadly speaking — touched the Bulldogs.

“My perspective has changed,” Feltner said. “I’m very competitive to our guys, but I like to think I’m pretty even-keeled. There’s things a whole lot bigger than baseball. There’s an eternity, and these guys’ souls and things like that that you try to be a good witness to.”

It also made a return to the diamond for a sunny Saturday matinee doubleheader against Boyd County feel therapeutic.

“With everything that’s happened for the last 14 months, I have not taken for granted one time coming out here,” Feltner said. “I’ve tried to challenge these guys to do that. They’re teenagers and they forget things quicker than we do, and I try to convince them not to take things for granted, win or lose. We like being very competitive and we want to win them all, but just to embrace the opportunity to get to play.”

• Johnson Central won its 400th game under coach Shawn Hall on Tuesday by knocking off Ashland, 4-0.

“Being a player here, student here, being raised in this community,” Hall said, “it means a lot to reach a milestone like that someplace that you’ve grown up in and loved your whole life.”

Hall, the dean of northeastern Kentucky coaches, is in his 17th season leading his alma mater. Many capable coaches don’t last that long anymore, Hall said, for various reasons including the desire to start families or move into administration. He has persevered through both — Hall is principal of Johnson County Middle School, and he’s married with two children.

The Golden Eagles uncharacteristically started the season 4-7 but then won 12 of their next 13.

“It definitely was a rough start, and we knew it would be,” Hall said. “And I told our guys early, if it’s not what you expect it to be, what you think you want to get out of this early, don’t panic, don’t get upset, don’t get discouraged ... let’s keep progressing, keep getting better and keep working, and they bought into that.”

Hall, who pitched at Morehead State after starring in that role at Johnson Central, laughingly conceded he can be demanding on the Golden Eagles’ hurlers.

“I’ve made comments like, ‘I’m pretty sure I could’ve been in a coma for 10 years and not go out there and walk a guy,’” Hall cracked. “But our guys, most of them are pretty used to me and they just kinda take it as, I guess, constructive criticism at this point.

“I tell them, even guys who get paid millions of dollars have bad days. .... Kids are so hard on themselves anymore because they don’t get that instant gratification in this sport, and it’s a game of failure.”

Less so at Johnson Central — especially as measured by the win column.

• Lewis County’s charmed softball season hit a speed bump on Monday when Emily Cole, regarded as the top softball pitcher in the 16th Region, took a liner back to the circle off her pitching hand.

The Lady Lions, who started the season 14-1, have dropped five straight since — four of them since Cole went down, and three of those by double-digit margins.

Good news for Lewis County: Lady Lions coach Joe Hampton is “very optimistic for a return no later than the final week of the regular season,” he said Saturday.

Hampton said Cole’s swelling is down but not yet totally gone, and she is displaying “good movement and flexibility — hopefully on the mend to a full recovery.” Cole could return as early as this week, Hampton said.

• Bath County softball picked up its first win over Boyd County since at least 2001 on Monday, 5-4. Kenny Williams didn’t mind that the Lady Cats didn’t realize the historical significance of that win.

Bath County later in the week claimed the top seed for the 61st District Tournament with an 11-6 win at Fleming County on Thursday. The Lady Cats broke a three-way tie with Rowan County and Fleming County by allowing the fewest runs among the three in district play — yielding 23 to the Lady Vikings’ 24 and Lady Panthers’ 26.

• In a Saturday matchup of two of the top baseball teams in the 16th Region, Raceland handed Rowan County a 6-5 defeat in eight innings in Grayson.

It was the Vikings’ first loss to a 16th Region team in a game started by Mason Moore since March 19, 2019. Moore didn’t get the decision, but Rams coach Marty Mills saw significance in facing down the ace.

“Any time you can get a win against a quality pitcher like Moore, it helps you get ready going down the stretch,” Mills said. “Once postseason hits, you’re gonna see everybody’s No. 1 and that’s just the way it is.”

• Boyd County and Lawrence County also hooked up Saturday in a baseball doubleheader matching the teams with the best RPI (at game time) in the 16th and 15th Regions. It didn’t disappoint, with the Bulldogs winning both by one run on walk-offs.

“All season long, if you look at our schedule, we have faced everybody’s No. 1, and if we’ve played them twice, we’ve faced their No. 2,” Lions coach Frank Conley said after Boyd County batted against Lawrence County’s Bryce Blevins and Blue Fletcher. “That’s just gonna get us ready for the postseason. I think the kids are ready. They’re hitting the ball better, putting better swings on and barrelling balls up.”

• Lawrence County’s second victory Saturday was its 20th win of the season. That extended the second-longest active string of 20-win-or-more campaigns in northeastern Kentucky to eight.

Only Johnson Central has a longer such streak among area programs. The Golden Eagles are four victories shy of their 12th consecutive 20-win season.

• It took a little longer than Boyd County anticipated, but the Lions found a way to honor their seven-man Class of 2020, which lost its senior season to the pandemic.

Boyd County’s alternate black hats have the familiar block “B” on the front. On the back is “4T7,” which stands for “for the seven.”

The Lions just got those caps in due to shipping issues, coach Frank Conley said. They are in the process of distributing one to each of those seven — Takoda Brown, Alex Lee, Ronan Moore, Conner Ratliff, Ryan Ratliff, Dylan Robinette and Austin Watkins — and they wore them Friday night in a 6-2 win at Paintsville.

• The 16th Region Athletic Directors’ Council is looking for a new baseball assignor to replace Randy Ross, who is stepping down from that role.

The region baseball assignor assigns umpires to games and ensures professionalism amongst all officials representing the region.

Anyone interested in the position should send their resume to pete.fraley@boyd.kyschools.us by Saturday, May 22.

• How dominant has Rowan County baseball been in the AJ Hacker/Mason Moore era?

The Vikings’ loss to Raceland on Saturday was their third loss in their last nine games, going along with a 7-6 defeat at Ashland on May 5 and a 6-4 setback at Mason County on May 10. (Remember, that’s still wins in two-thirds of Rowan County’s outings over that period.)

The last time the Vikings lost three times in a period of fewer than nine games in the same season was the first month of the 2018 campaign, when they started 5-3.

In other words, in a sport that prizes hot streaks more than almost any other, Rowan County has been on one for nearly three seasons.