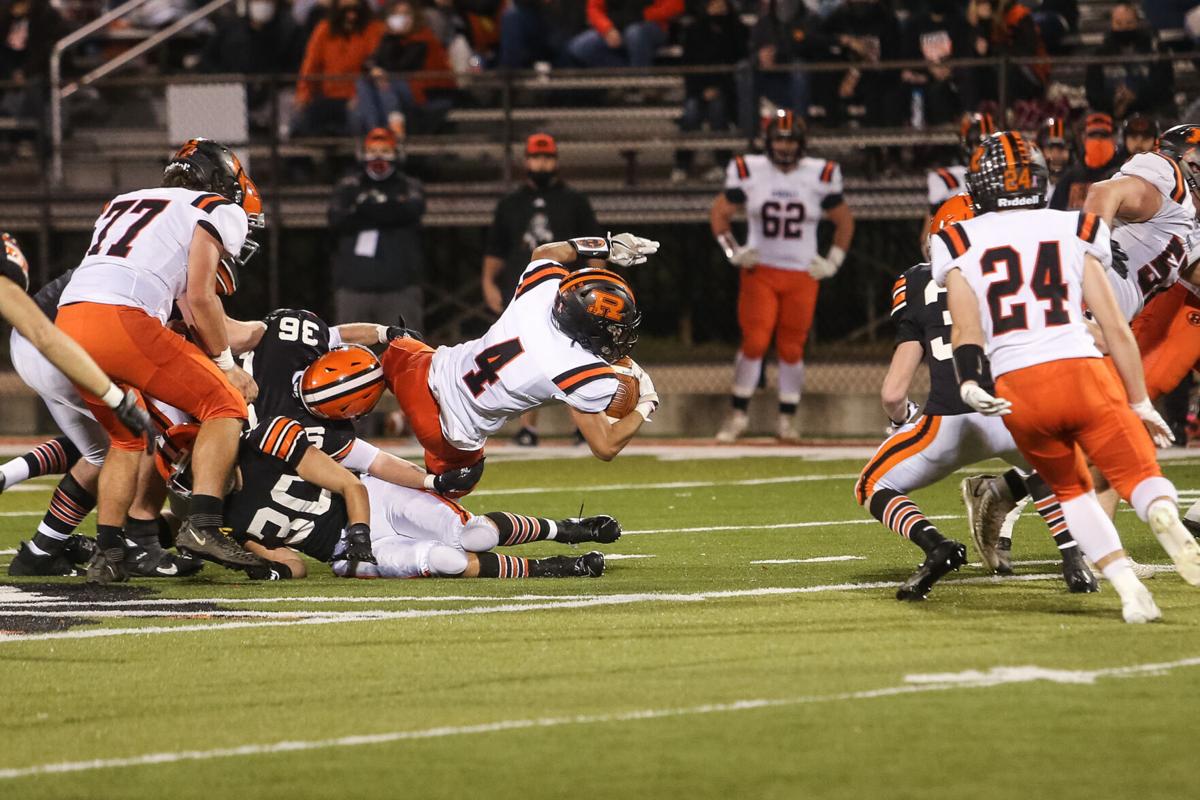 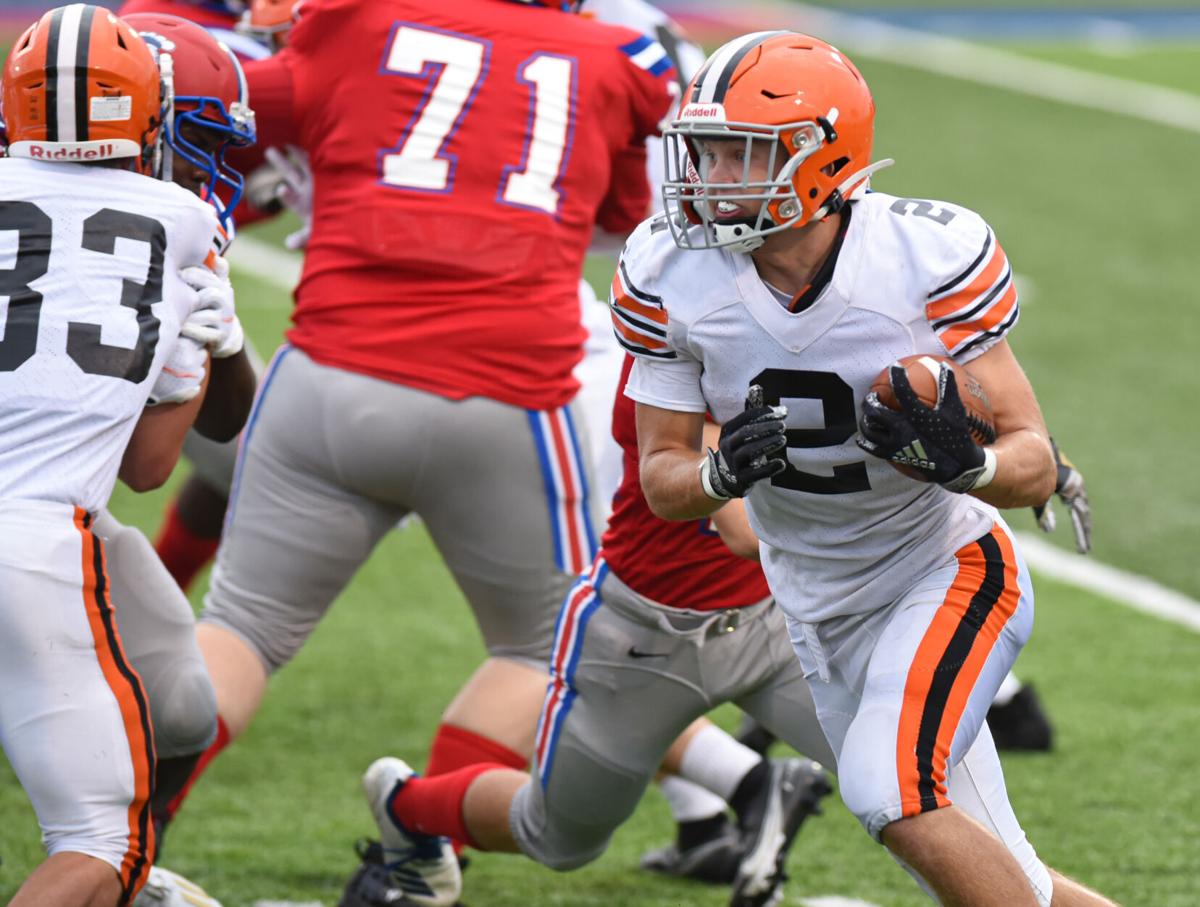 Ironton's Trevor Carter slides past the Portsmouth defense on Aug. 28.  The Fighting Tigers meet Kirtland in the state finals on Saturday. 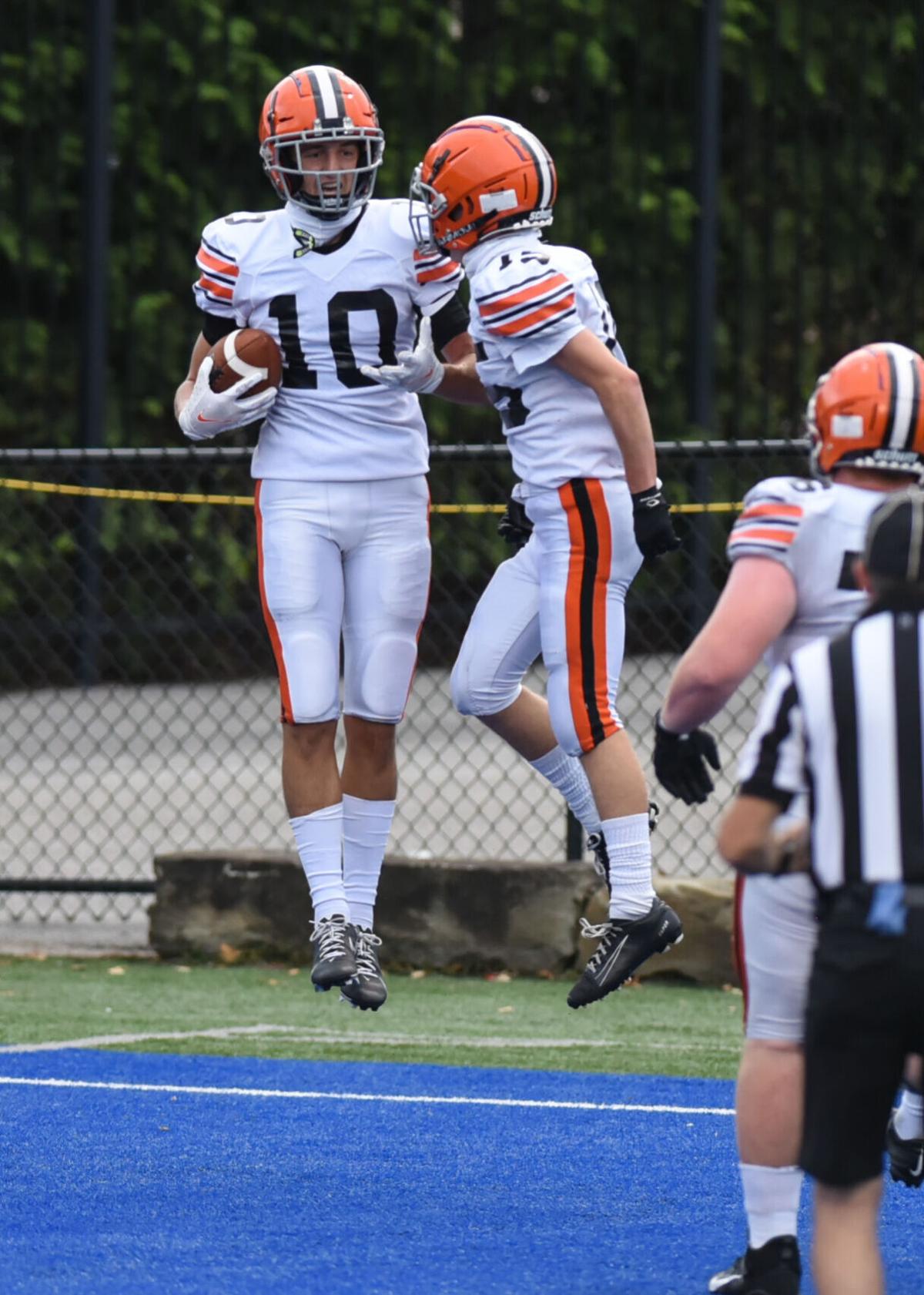 Ironton's Trent Hacker and Kyle Howell celebrate after a touchdown against Portsmouth on Aug. 28.

Ironton's Trevor Carter slides past the Portsmouth defense on Aug. 28.  The Fighting Tigers meet Kirtland in the state finals on Saturday.

Ironton's Trent Hacker and Kyle Howell celebrate after a touchdown against Portsmouth on Aug. 28.

IRONTON Ironton aimed, wanted, even expected to be back in the state championship game ever since tasting that atmosphere last December.

“Even going all the way back to the offseason, we told our kids we don’t know exactly what’s gonna happen,” Ironton coach Trevon Pendleton said Monday. “But we know as of right now we’re playing football and as of right now there will be a state champion crowned in 2020.”

Ironton (11-0) is scheduled to take on Kirtland (10-0) on Saturday afternoon at Fortress Obetz in Columbus in a rematch of last year’s Division V title game in Canton won by the Hornets, 17-7.

The Fighting Tigers are well aware of who will be on the other side of the ball.

“Now that the week’s here and we’re one of the teams playing in it, it’s very satisfying,” Pendleton said, “but we’re definitely not satisfied in terms of the outcome of the game. We’re hungry and this is the game we wanted, the game we’ve had circled for a year.”

Ironton feels better equipped to handle the stage and the opponent than last year, Pendleton said, when the Tigers fell behind 17-0 early in the second half in their first trip to the state final in 20 years.

“I think last year it was a little bit of a shellshock for the first quarter,” Pendleton said. “We were wide-eyed and excited to be there. It overwhelmed us a little bit.

“I think this year, our kids are locked in. They’re focused. They understand this is where we’re supposed to be now, and they’re not gonna flinch.”

Senior center Rocky White said last year’s trip showed Ironton the intensity with which it needs to prepare and play.

“We need to go out there thinking that we’re gonna whoop ‘em,” White said.

The Tigers did that to everyone they met through their first eight games, winning their five Ohio Valley Conference outings by an average margin of 49.8 points before outlasting Division I Sycamore 33-11 in their regular-season finale. They returned to that form in their first two playoff games by sweeping away New Lexington, 49-3, and Johnstown-Monroe, 42-0.

Then came challenges, which Ironton hadn’t faced since last year’s state final. The Tigers passed those too, relying on a sensational defense led by Ohio State-bound senior linebacker Reid Carrico to take down Harvest Prep, 21-14, Ridgewood, 17-7, and Roger Bacon, 22-19.

“Adversity does great things,” Pendleton said. “A lot of people, I don’t think, understand that. Being able to face adversity and come through is great for kids and great for programs. It definitely isn’t a bad thing.”

Ironton figures to be in a battle again with Kirtland, similarly dominant this season, culminating with a 39-13 victory over Otsego in the state semifinals.

The Hornets enter the game having won their last 40 games. Kirtland last lost in the 2017 Division VI state championship.

“Good teams are good at what they do,” Pendleton said. “You pretty much know what they’re gonna do to us, and they’re gonna execute at a high level.”

Kirtland rolled up 498 yards of offense in the semifinals, 442 of them on the ground. Anthony DeMarco rushed 19 times for 233 yards and two scores.

Ironton has shown the ability to move the ball on the ground and through the air. Carrico is known primarily for his defense, but he’s rushed for 1,544 yards and 25 touchdowns as part of the Tigers’ 2,788 yards on the ground behind a strong line led by White.

Trent Hacker has 405 receiving yards and four touchdowns on 18 catches. Six Tigers pass-catchers have made multiple trips to paydirt.

White looks for “a tough, smash-mouth football game, and we’re gonna see what we got.”

Not that he’d need it in this game, but White also will have a little extra juice because he’s playing for the first time since his grandfather, Russell “Rusty” White, died Sunday, the day after Ironton’s state semifinal win.

Rusty White died at King’s Daughters Medical Center. He had pneumonia and COVID-19, Rocky White said, and had been hooked up to a ventilator.

“It was an unexpected, complete turn of events,” Rocky White said. “It went from him being here at practice every day (to where) he just kept getting worse and worse, and he died the morning after the game.

“I feel like he was there with me and he really held out to see what the score of that game was. He was there, and he’s gonna be with me this Saturday as well.”