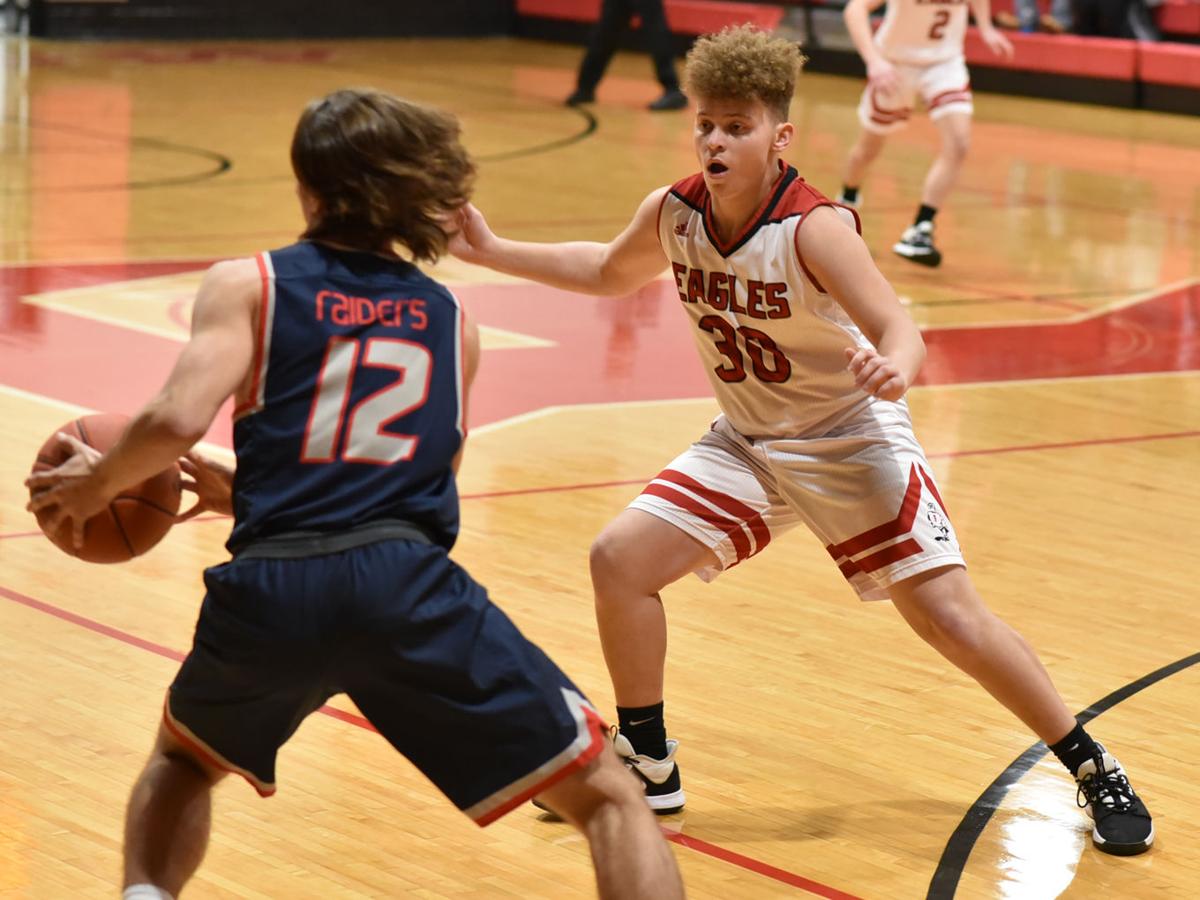 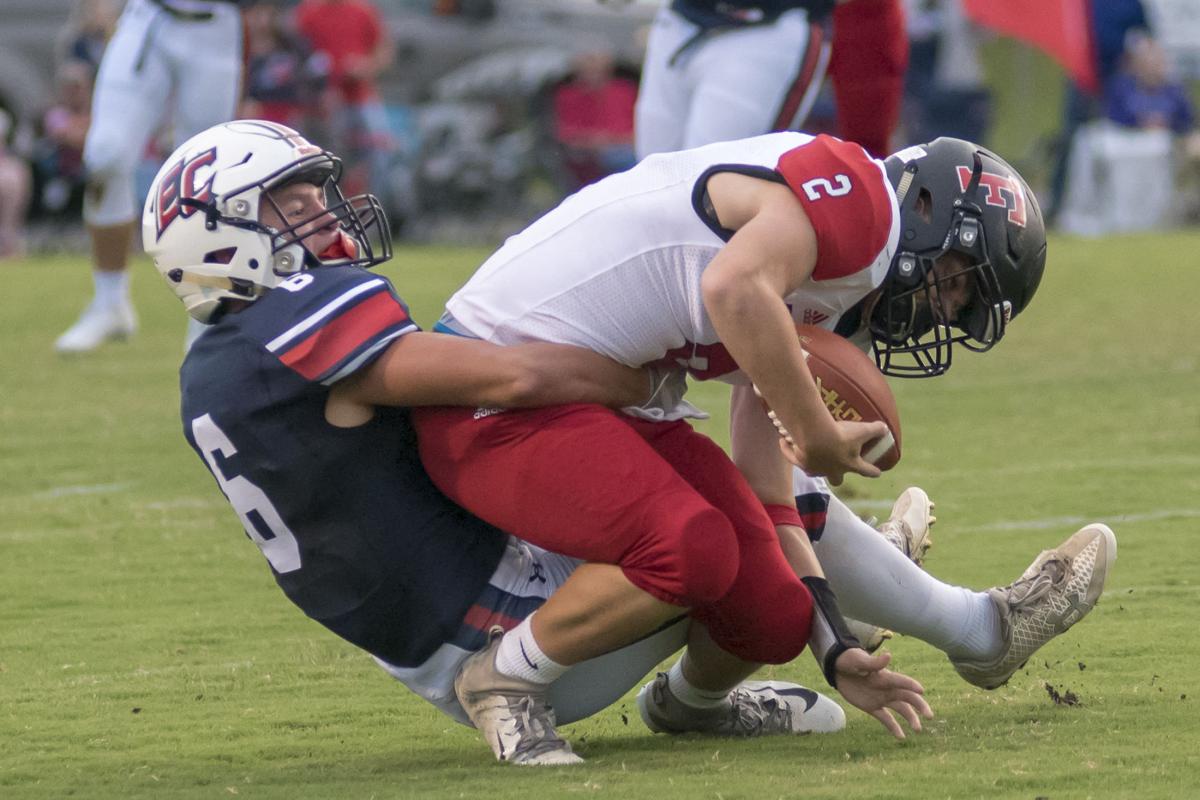 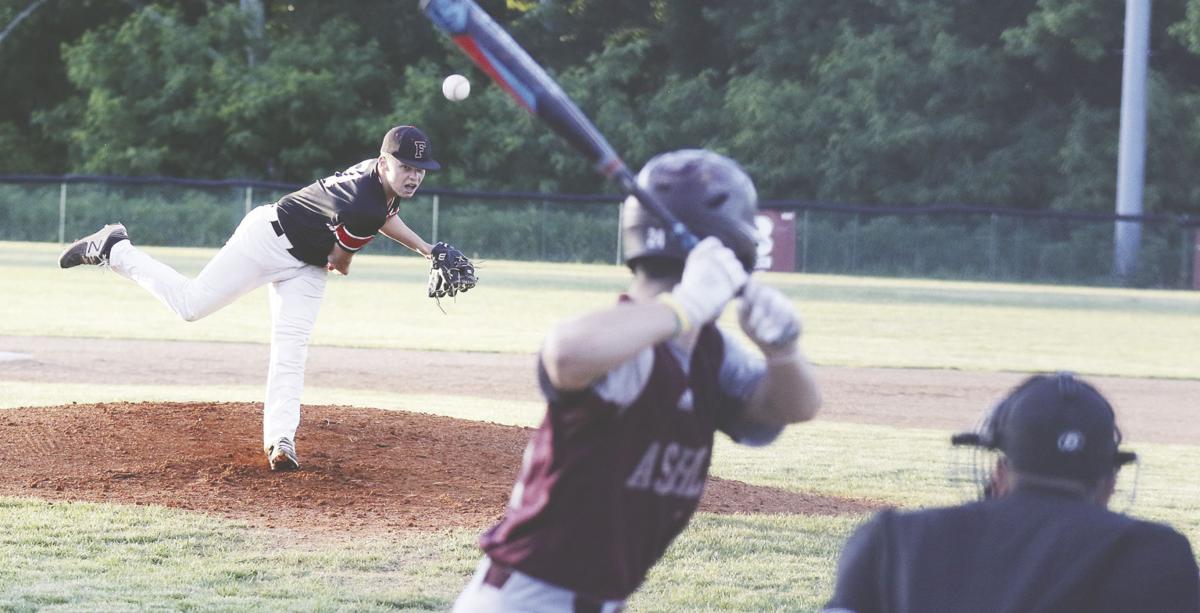 Matt Jones | The Daily Independent Fairview pitcher Terrick Smith hurls a pitch toward the plate during Monday’s loss to Ashland.

Matt Jones | The Daily Independent Fairview pitcher Terrick Smith hurls a pitch toward the plate during Monday’s loss to Ashland.

The year 2017 was a time of great change in Terrick Smith’s life, beginning when he transferred to Fairview from Ashland that spring, late in his freshman year.

“I was nervous. I didn’t have anybody,” Smith said. “But as soon as I got there, everybody acted like they knew me their whole lives. I was welcome. I built a relationship with the coaches, teachers and students very fast.”

That helped Smith that September, because not every development that year was positive.

The month before the preseason of Smith’s first basketball campaign as an Eagle began, his father, Jerome Smith, died.

“It was hard,” Smith said. “Basketball was (Jerome’s) favorite sport, so I used it as motivation to get better throughout the year. I had to stay strong for my family.”

As time went on, Smith was strong for the Eagles family, too, growing from a self-description with a chuckle as “socially awkward” into a lead-by-example role in Fairview’s boys basketball, baseball and football programs.

Smith came out for the Eagles football team as a senior for his first gridiron action since his freshman season at Ashland. He dislocated his kneecap in Fairview’s second game of the year at Nicholas County and, after the knee didn’t heal the way he’d hoped, eventually elected to shut it down and wait for basketball season. But by then, he’d already set a tone for the younger Eagles, said coach Daniel Armstrong.

“He was Mr. Professional,” Armstrong said. “He was there on time, he was always positive, he’s really good with the younger kids, and I think that comes from some of his maturity and his life lessons that he has that a lot of other kids don’t.

“I had a parent come up to me that watched (a preseason) practice, and he said basically, ‘Coach, I thought you were gonna lose ‘em. Last week, I thought they were all gonna quit on you.’ But Terrick was one of those kids that was out there busting his butt every rep, clapping, talking kids up, motivating kids, and maybe if I don’t have a dude like Terrick out there on the field, maybe we do lose three or four during camp.”

Smith did that without saying much, especially at first.

“I had to learn how to become more vocal. Believe it or not, I was way worse than I am now,” Smith said, again with that slight chuckle. “Leadership, instead of saying it, I’ll just give my 100 so everybody will see the example and do as I do.”

Armstrong cited a preseason tackling drill as an example. The new coach didn’t think physicality would be Smith’s strongest suit, based on a perception of skill players who prioritize basketball, and as such had played Smith at cornerback during 7-on-7 action.

But on this early August day, with Oklahoma drills — notorious for testing participants’ fortitude, even under the “controlled” setting in which Armstrong ran them — on the agenda, Smith stepped in as a linebacker.

“I’m like, ‘Hey man, are you good to (do this)?’” Armstrong recalled, affecting an I-don’t-know-about-this tone. “(Smith) is like, ‘I played linebacker when I was in little kid ball,’ and I was like, OK, let’s see what you got.

“And the very first play — he’s just a very instinctual athlete — he just shuffled his feet into position and laid a big hit on, I think it was, Jack Roy. Popped him, and I’m like, huh, this kid can hit.”

Smith earned starting spots at outside linebacker and slot receiver, which he retained until getting his kneecap temporarily knocked onto the side of his leg at the end of a run after what Armstrong called one of the best high school catches he’s ever seen in triple coverage on Sept. 6 in Carlisle.

“He’s just a very tough kid, and it’s something that I didn’t expect, for him to jump out there at linebacker and pop somebody,” Armstrong said. “I think he brought that to the basketball court a little bit, too, being a little bit more physical.”

Last fall was Armstrong’s first year coaching football at his alma mater. In the winter, Smith had another first-year, first-time head coach.

Brett Cooksey was hardly new to the Eagles’ hardwood, but he benefitted from Smith’s leadership, too, he said.

“It was really good to have his experience,” Cooksey said of Smith. “He’s a really good teammate, and I thought he did a really good job of leading the team. One of the most positive guys I’ve ever coached. It’s kinda contagious.

“He’s close with all his teammates, and one of the best things that he does is, he can talk to every guy in a different way. I think where he played so much, he knew when it was time to step up, and it was comforting for the other guys.”

Smith also grew his game from being first, foremost and entirely a long-range threat when he got to Fairview to leave Westwood with a more well-rounded portfolio.

Two years later, Smith was much more balanced, canning 87 triples — and 47.5% from there — as a senior, but also 80 two-point buckets.

“He probably passed up a lot of shots that I wanted him to take,” Cooksey cracked, noting Smith’s long-range percentage. “It was nice knowing going in that he was gonna take good shots. He had a knack for making a shot whenever it counted.”

Despite that skill set, baseball has always been Smith’s best and favorite sport, he said, at least until he found some success on the floor at Fairview. The COVID-19 pandemic cost Smith his senior season on the diamond, but he’d long since made an impression on Eagles coach Ryan Knipp, too. It showed in Fairview’s 17-16 record last season, its first above .500 since 2006.

“This senior group has brought toughness, leadership, and competitiveness that helped Fairview to a winning record last season,” Knipp said, including Kyle Webster with Smith. “(Smith) has always been a great teammate. He is a quiet kid but he showed leadership through the way he prepared and played on the baseball field. ... His mark on the program will be that he would do whatever it took to help make the team successful.”

Smith’s high-water mark at the plate came as a sophomore, when he batted .384. He also pitched a staff-high 53 1-3 innings last season, fanning 73 opposing hitters. He “played every position at some point in his high school career,” Knipp said.

“Chris was the first coach to ever talk to me and build a relationship with me,” Smith said. “He helped me build relationships with all the other coaches, introduced me to his family. He’s treated me like I was one of his own, and that helped me through a lot.”

Williams recognized “determination and drive” in Smith immediately, he said, and wanted to help mine it.

“He lives close to me, so I would take him home sometimes and get to know him as a person,” Williams said. “We’d stop and get some food and I learned a lot about him personally. I realized after a week or two that this kid was going to do some amazing things. The rewarding part is knowing that when most would have given up in his situation, he looked for a second chance and made the most of it.”

Smith is taking that second chance all the way to a college hoops career. He’s signed with Pikeville — which reminds him of home.

“What made me attracted to it was the coach,” Smith said of new Bears bench boss Tigh Compton. “He was very welcoming. Kinda reminded me of Fairview a little bit. It’s not the biggest of schools, but it’s a place for me to play where I want to, so I decided to go there.”