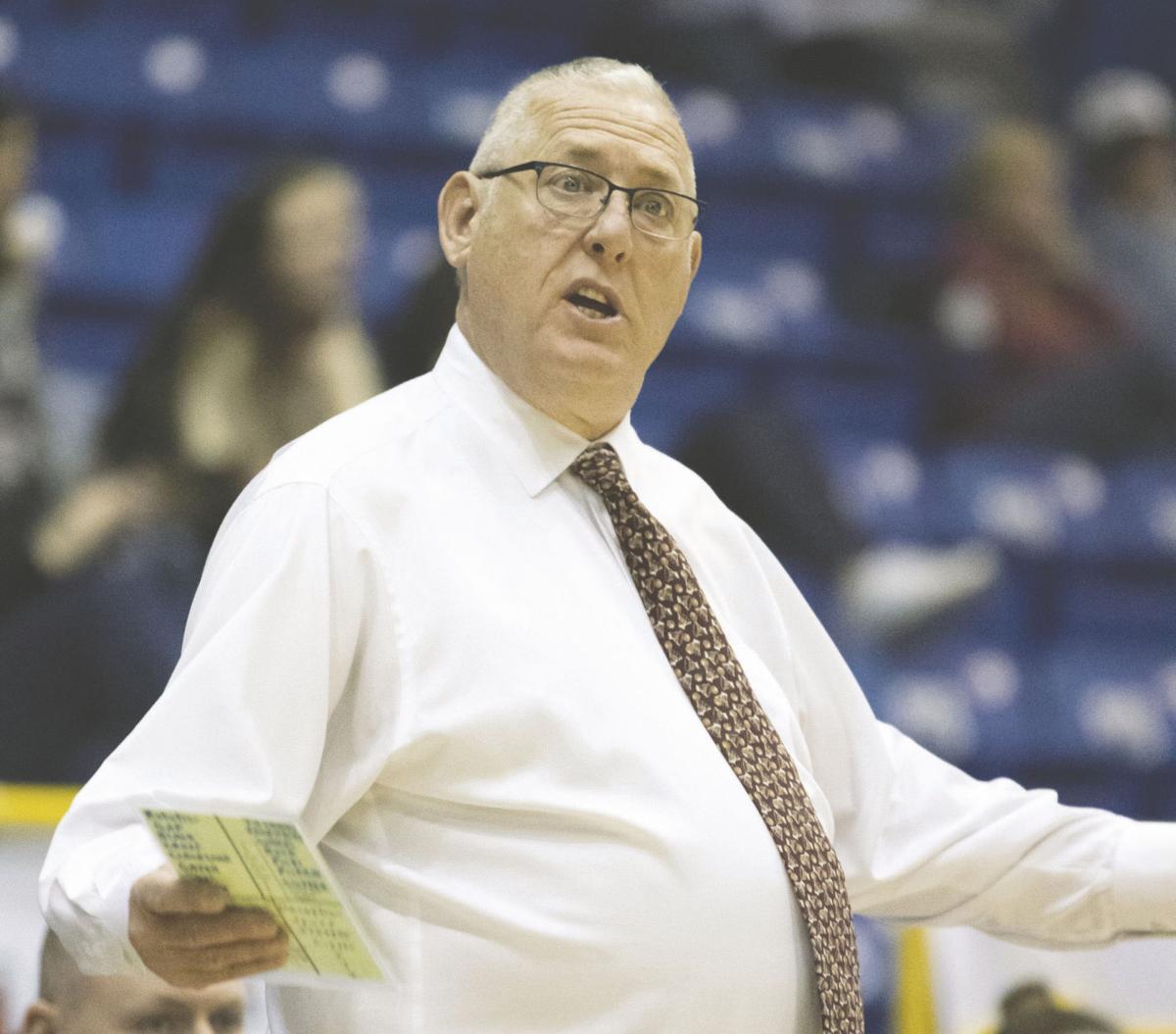 Ashland coach Bill Bradley reacts to a call during the Kittens' 16th Region Tournament quarterfinal against Rowan County on March 3. 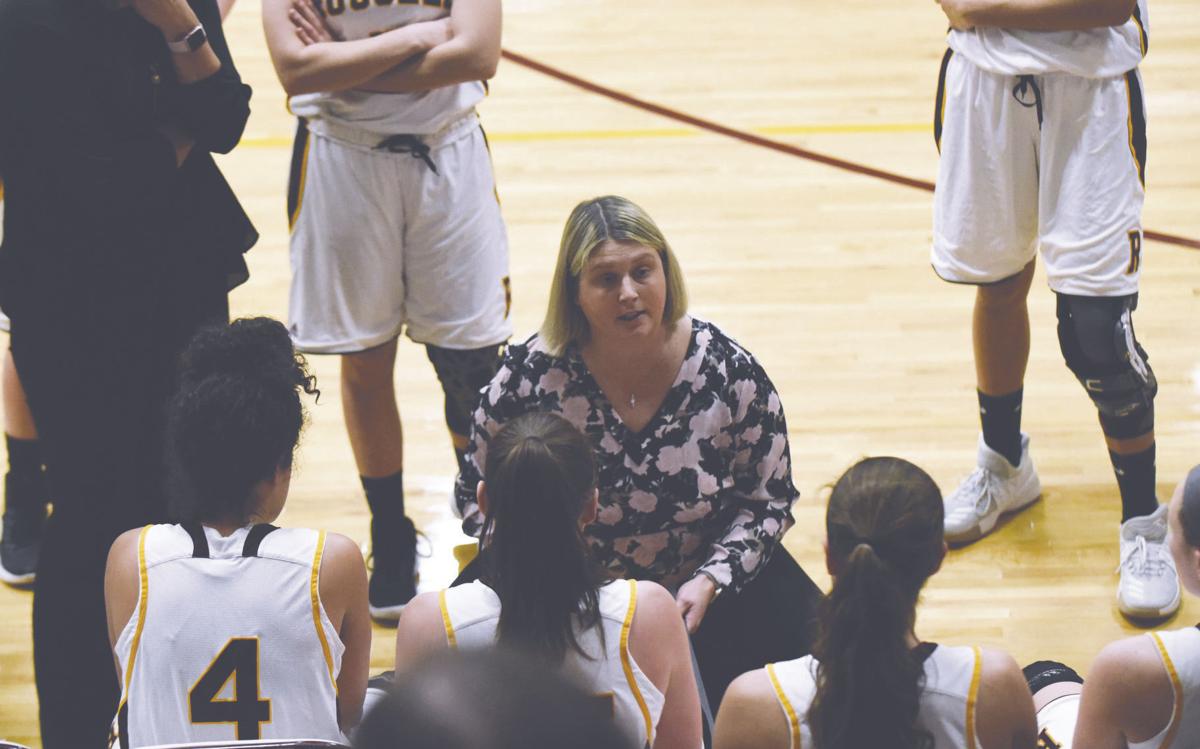 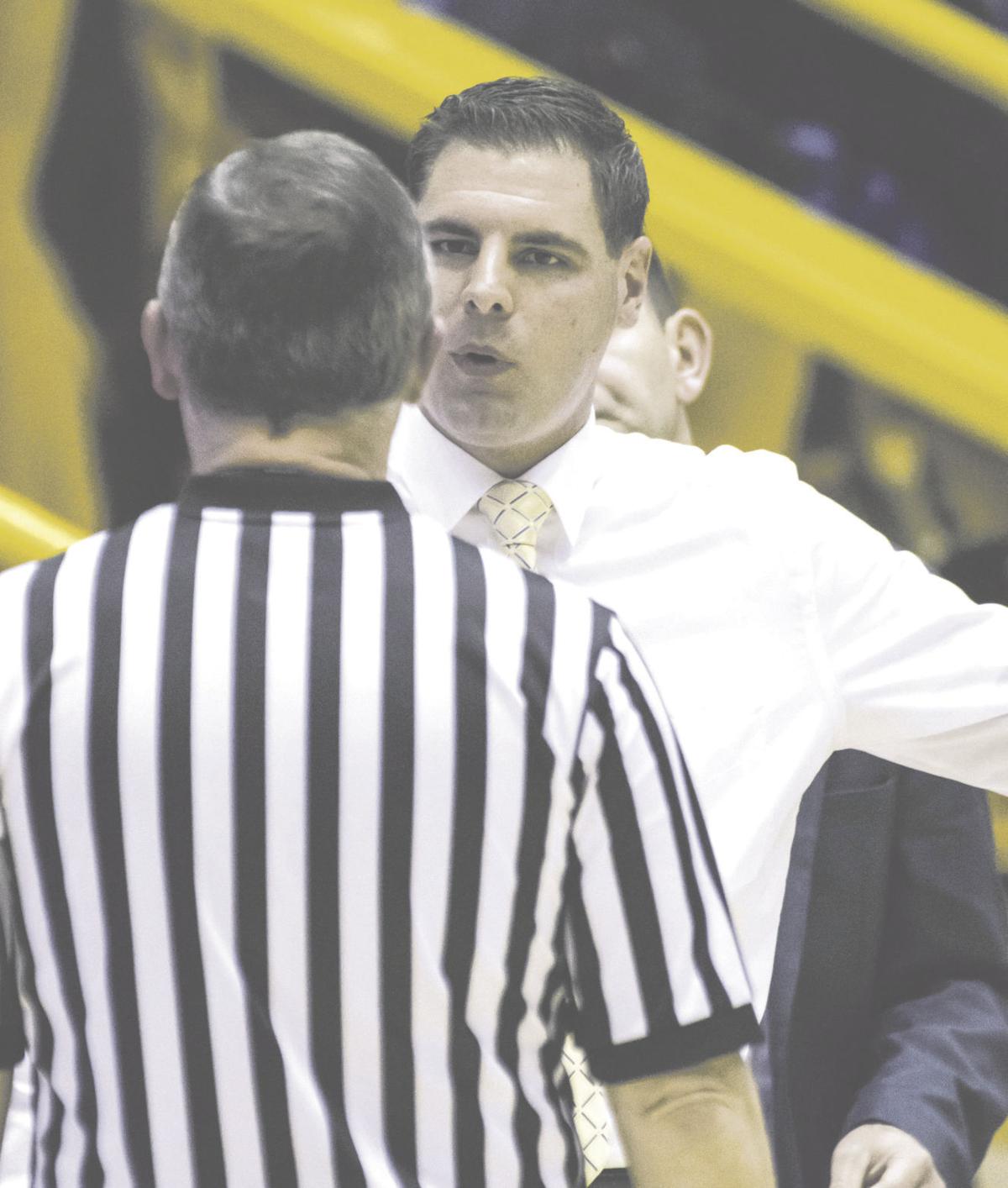 Morehead State coach Preston Spradlin talks to a referee during a game against Marshall on Nov. 16, 2017.

Ashland coach Bill Bradley reacts to a call during the Kittens' 16th Region Tournament quarterfinal against Rowan County on March 3.

Morehead State coach Preston Spradlin talks to a referee during a game against Marshall on Nov. 16, 2017.

Frank Lee couched it with humor, but Bill Bradley noted a slight level of concern in Boyd County’s African American basketball star when the Lions played in certain locales in the early 1990s.

“He’d joke about it,” said Bradley, then an assistant coach at Boyd County. “If we were going down to the mountains to play, he’d just joke around and say, ‘Coach, you stick right next to me the whole time. They won’t let me out of here if we win.’ He still had that in his mind, that stuff like that happened.

“We knew certain people just weren’t ready to accept blacks yet. He would joke about it, but he was probably a little leery going to the mountains and playing.”

Bradley, now the girls coach at Ashland, and Russell coach Mandy Layne said things like that don’t happen anymore — or at least haven’t to the Kittens and Lady Devils, both of whom have prominent players of color or have in recent years. But current events have caused an increase in discussion of issues of race in team settings or between players and coaches.

“I’ll be honest, until this all happened we hadn’t had a lot of conversations (about race),” Layne said, in reference to the deaths of George Floyd, Breonna Taylor, Ahmaud Arbery and David McAtee and subsequent protesting. “We just met to talk about starting workouts here in a couple weeks, and we had a really great, honest conversation. We talked about how everyone should be treated equally and how change is needed.”

Morehead State has connected regularly by virtual means during the COVID-19 pandemic, with basketball the typical topic. Spradlin made sure the Eagles knew beforehand this would be a different team meeting.

“We wanted to make sure everyone was coming prepared and not distracted, and they were ready to discuss and provide some insight,” Spradlin said. “It was really good. (Atkins) did a great job of getting the conversation started. And credit to our players, they did a great job of feeling comfortable with everyone who was involved of sharing experiences and concerns.”

The Eagles earlier this week also met with Leon Buchanan, a 2009 Morehead State alumnus and Eagles player who is now a police officer with the Lexington Police Department.

All of the 12 players currently listed on Morehead State’s 2020-21 roster are black. That alone doesn’t define diversity, though — diversity of experience and background also played into team conversations, Spradlin said.

“Our team, they come from all over the place,” Spradlin said. “If you look at our roster, we’ve got guys from D.C., Atlanta, Charlotte, Spartanburg (South Carolina), Tampa, Orlando, Little Rock. We’ve got players from Kentucky. They all come from different states, different regions, different walks of life, different situations, but they’ve all had similar experiences that they were able to share, and just offer up perspective to each other and to me.

“Through that, we’re gonna figure out a way that we can use their voice as a team to have a unified message as to how we’re gonna make some positive changes in our community and on campus.”

Bradley participated in similar interactions with players at Livingston University in Alabama as a graduate assistant in the early 1980s. Eleven of the Tigers’ 12 players were black, Bradley said, which was a new experience for the Holy Family graduate and coach that helped shape relationships with players over a career entering its 42nd year.

Bradley remembers entering the cafeteria the first day he was there and seeing the 200 or so patrons there having separated themselves by race.

“I thought, this is different,” Bradley said. “But as far as getting along, the whole year I was down there, there wasn’t one problem. That kinda helped me, seeing people being so different (interacting well). You just give a little bit and try to understand the other side, if you want to call it that, and there will be no problem at all.”

The Kittens have featured a handful of players of color during Bradley’s tenure, most prominently sisters Alexis and Mykasa Robinson, who both went on to Division I college careers. Their younger sister, Khia, is a rising eighth-grader whom Bradley expects to break into Ashland’s rotation this season, he said.

Bradley, whose perspective was also affected by watching the wars over segregation-busting busing in Louisville on TV in the 1970s, remembers positive experiences coaching Lee, Charlie Hill and Adrian Black, all black players, at Boyd County and meaningful race-based discussions with Pam Farrow early in his time at Ashland. Bradley also credits former Kittens assistant Kim Owens, who had played with black teammates in high school in Lexington, with helping foster an accepting atmosphere in the Ashland locker room.

Bradley sees that as a test run for what race relations can look like on a grander scale, if society puts the work in.

“It’ll take a lot of great leadership from mayors and governors and even up to the president to try to unify people,” he said. “We have faith that it can be done. If we can do it on a small level as a team, we think in a community like Ashland we can do it, and then go up to, hopefully, the nation.”

Spradlin has a similar aim.

“I think one of the positives that’s come out of this movement that you’re seeing right now is that people will begin to have conversations and talk about these things, and that’s what is gonna ultimately lead to more impactful change that what we’ve had in the past,” Spradlin said. “I think it’s happening, the listening mentality and being willing to hear the perspective of people who have been in situations that we haven’t.”

That is one characteristic Bradley, Layne and Spradlin have in common: race. As white coaches, they are working to relate to their players of color.

“I think it’s really important for every kid to have their own individuality,” Layne said, “and for every coach to embrace their differences and learn about them and their culture, and how I can help them in any way to make sure that they’re fully accepted and that we’re making them part of our family.”

Layne expressed that in a Twitter post on May 31 calling for a corporate stance against racial injustice.

“It was just really weighing on my heart, and I just think that being able to be a coach, to make other players feel like we were standing with them was really important,” she said, “and for them to realize I can’t walk in their shoes but I can definitely have empathy for them, and create a conversation of ways we can figure out how to make some changes.”