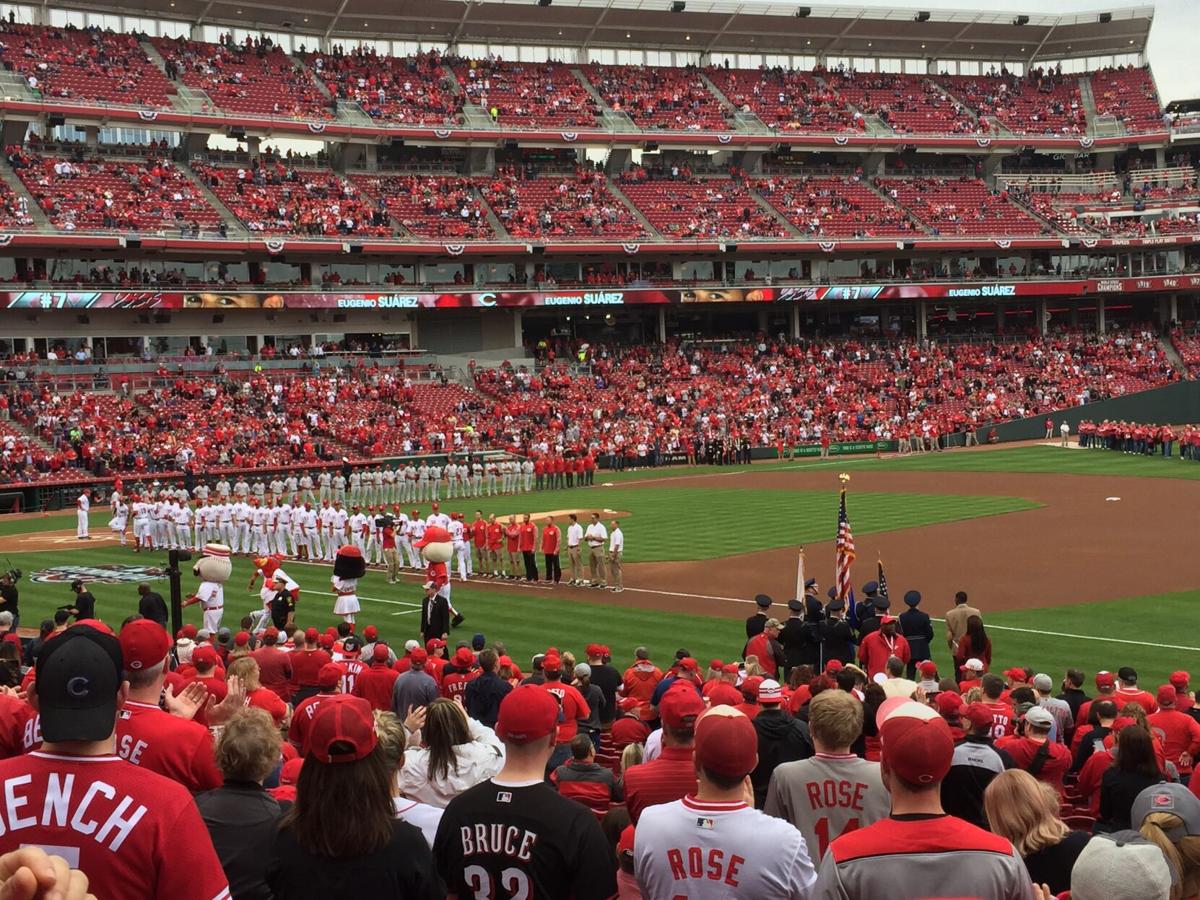 This is Sonny Martin’s view on April 3, 2017 as the Reds’ Eugenio Suarez was introduced before Cincinnati’s Opening Day game against the Phillies. 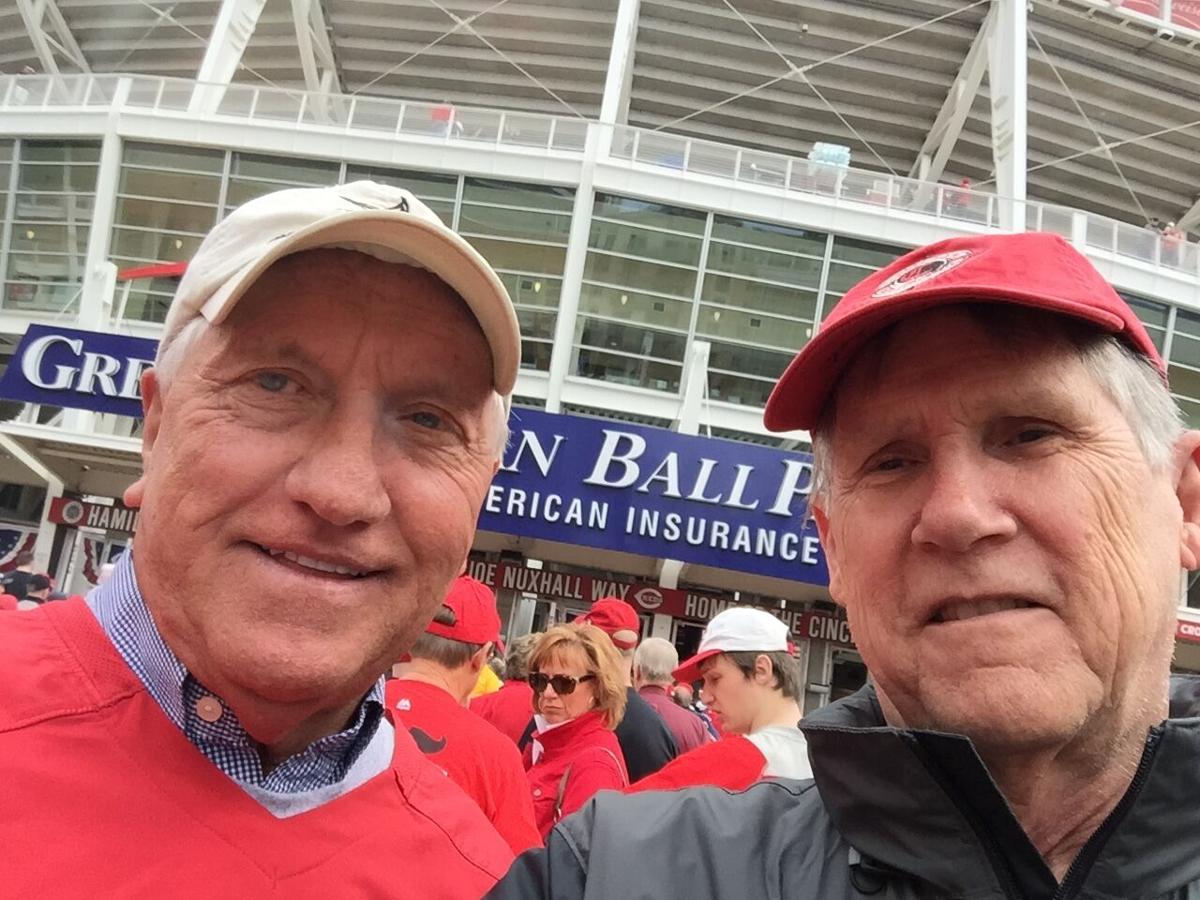 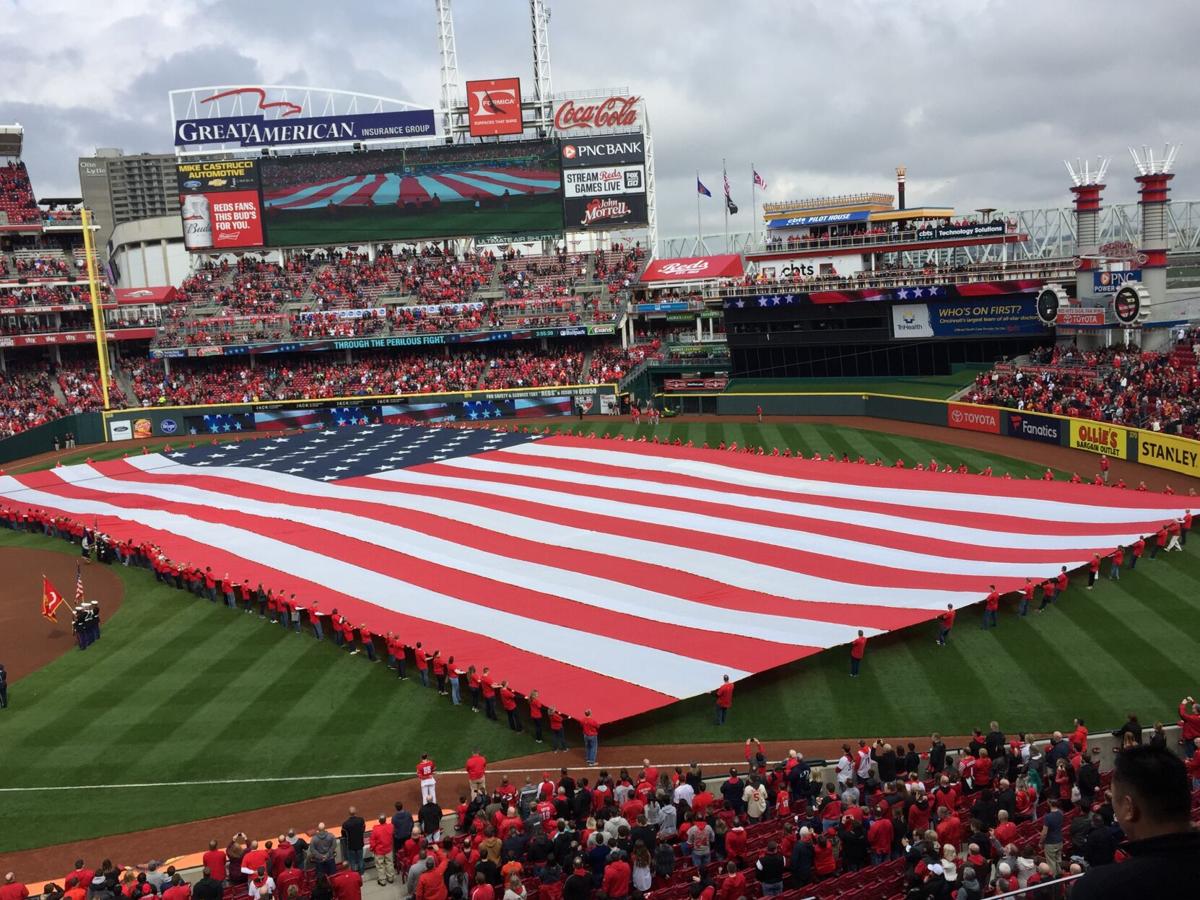 This is Sonny Martin’s view before the Reds’ Opening Day against the Nationals on March 30, 2018. 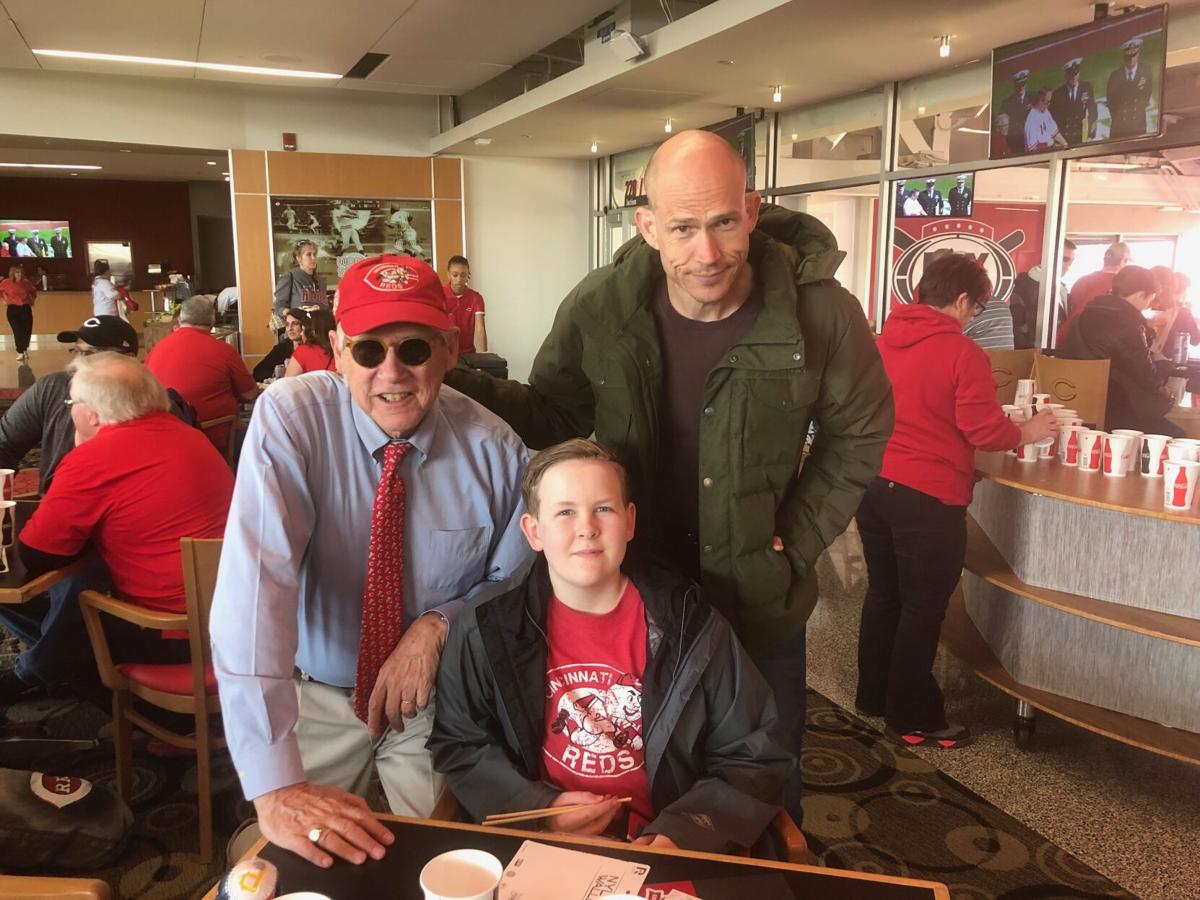 From left, Sonny Martin, his grandson, Caleb, and son Adam pose at the Reds’ Opening Day game against the Pirates on March 28, 2019.

This is Sonny Martin’s view on April 3, 2017 as the Reds’ Eugenio Suarez was introduced before Cincinnati’s Opening Day game against the Phillies.

This is Sonny Martin’s view before the Reds’ Opening Day against the Nationals on March 30, 2018.

From left, Sonny Martin, his grandson, Caleb, and son Adam pose at the Reds’ Opening Day game against the Pirates on March 28, 2019.

Barring extraordinary circumstances, Richard “Sonny” Martin will not be in attendance Friday when the Reds play their first regular season game, which hasn’t happened since 1988.

Then again, he isn’t sure that should count against him, the Ashland attorney said with a chuckle this week.

“It’s kinda hard to call that an Opening Day,” Martin said. “I don’t know that my not being at the July 24 game will disqualify my consecutive Opening Day games (streak).”

Friday surely won’t have the pomp and circumstance of a typical Reds Opening Day, complete with a pregame parade, a flyover from F-16 jets prior to first pitch and a packed house at Great American Ball Park.

But, even if Sonny Gray footing the rubber at or about 6:10 p.m. begins a Cincinnati baseball season unlike any in recent memory, and if it concludes Martin’s run, even on a technicality, it’s better than the alternative, he said.

“There’s been a void,” Martin said. “There’s no way to fill a void created by not having baseball. I haven’t even turned ESPN on. There have been people that have watched old games; I get no pleasure out of that. All the fun of watching a sporting event is the suspense of how it’s gonna turn out.

“It’s been a real struggle getting from March to July. The good news is, we’re gonna have 60 games — hopefully, and there’s no guarantee in that — but at least there’s the thought that we are gonna see some baseball.”

Martin’s sons, Adam and Joel, and his 14-year-old grandson, Caleb, have accompanied him to recent Opening Day games. That recalled “some of the greatest memories I have,” said Martin — memories of going with his own father to Reds games at Crosley Field, he said, and watching the likes of Ted Kluszewski, Johnny Temple, Gus Bell and Roy McMillan play. And Martin saw the Big Red Machine win World Series games against the Red Sox in 1975 and the Yankees in 1976, he said, and took in the deciding game of the 1990 National League Championship Series against the Pirates, with Joel in tow.

During Martin’s current streak of Opening Days, the 2005 and 2011 installments — won on walk-off home runs by Joe Randa and Ramon Hernandez, respectively — have been the most memorable, he said.

“I’ve always believed that baseball is a continuum,” Martin said, citing the opportunity to share trips to the ballpark with family both older and younger than himself.

Steve Gilmore estimated he has gone with Martin to seven of the last eight Opening Days, Ashland’s mayor said, missing once for a family vacation. Gilmore also associates trips to take in the Reds with family.

“The only vacation that my brother ever took was with my dad and my uncles from Ohio. They had a couple kids,” Gilmore said. “And once a summer, we’d take a Friday, Saturday and Sunday and go to Cincinnati. Back then, we might catch a twi-night doubleheader on Friday and a Saturday afternoon game and sometimes a doubleheader on Sunday. It was different.

“Those are memories that I will always cherish.”

Gilmore said the regional nature of Reds fandom — spreading as far as the wings of 700 WLW will carry it on a clear summer night — creates a unique and special Opening Day atmosphere, and that it makes the 77-year-old “still feel like a little kid on Opening Day.”

“It’s such a breath of life to a city like Cincinnati,” Gilmore said, dropping the closing “I” in Cincinnati to an “uh,” as is common among members of his generation. “A lot of big-league teams, the market area most of them are in are much bigger cities. But here, the market is Morgantown, West Virginia to Paducah, Kentucky, and over to Indiana. So people are coming from four or five states that have become Reds fans growing up.”

Martin has filled the summer evenings typically blocked out for Reds consumption with reading, he said, particularly the spy novels of Daniel Silva. He and Gilmore have counted down the days to Friday by texting each other updates and scuttlebutt, Gilmore said.

Both are excited about the upcoming season, not only because it’ll finally be live baseball but because of the expected strength of Cincinnati’s pitching staff.

“We’ve got optimism every year,” Martin said, “but this year, we have a genuine reason to have it, with the best rotation we’ve had at least since 1990. ... I think with a short season and only 60 games, we’ve got a real shot at being in the Series.”

Martin means, of course, the World Series. But a three-game series against the Tigers is a start, even if he and his typical cadre can’t be there.

“It’s gonna be weird that there’s no crowd,” Gilmore said. “(But) the pure baseball people would accept whatever, in order to hear them or see them in some fashion.”