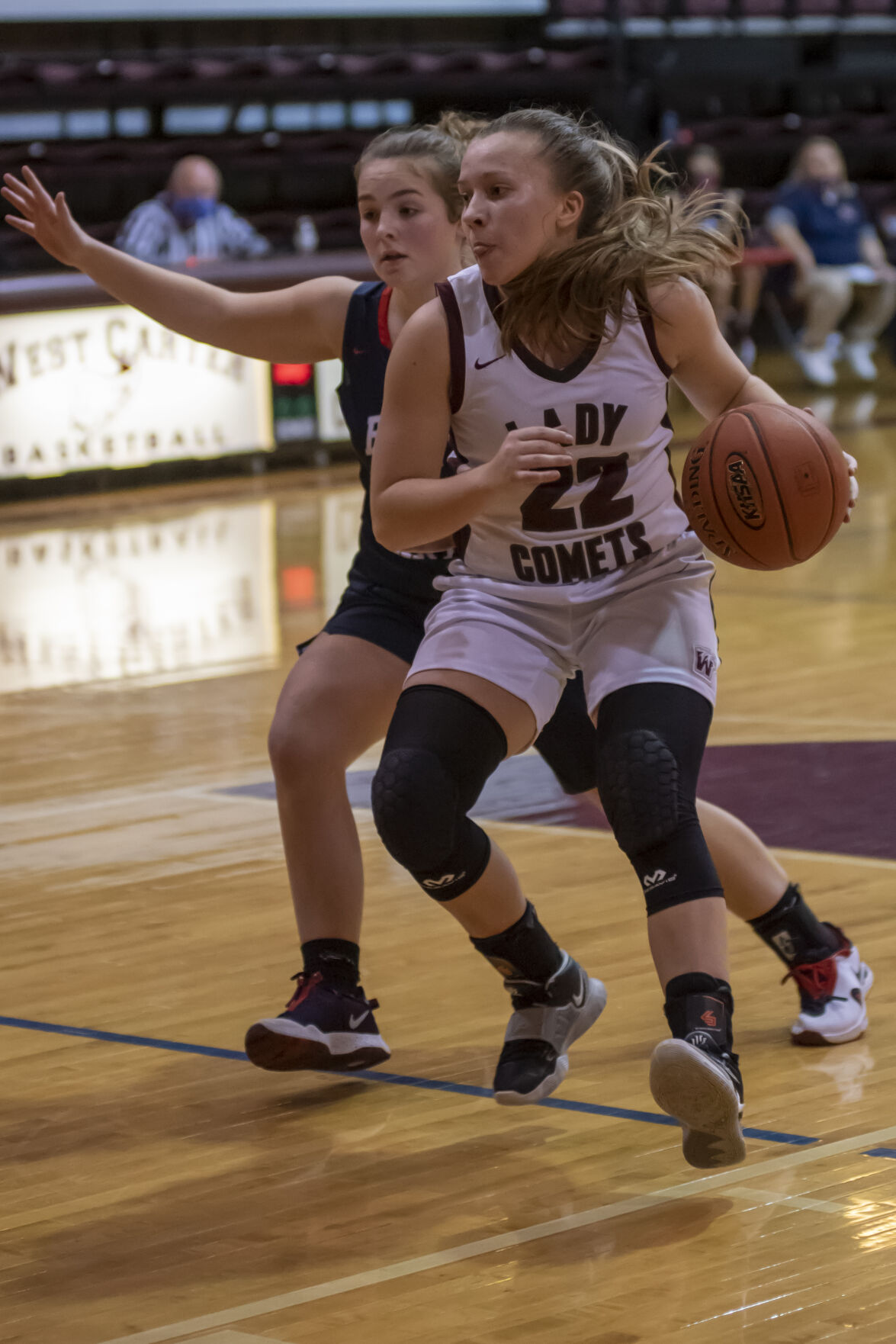 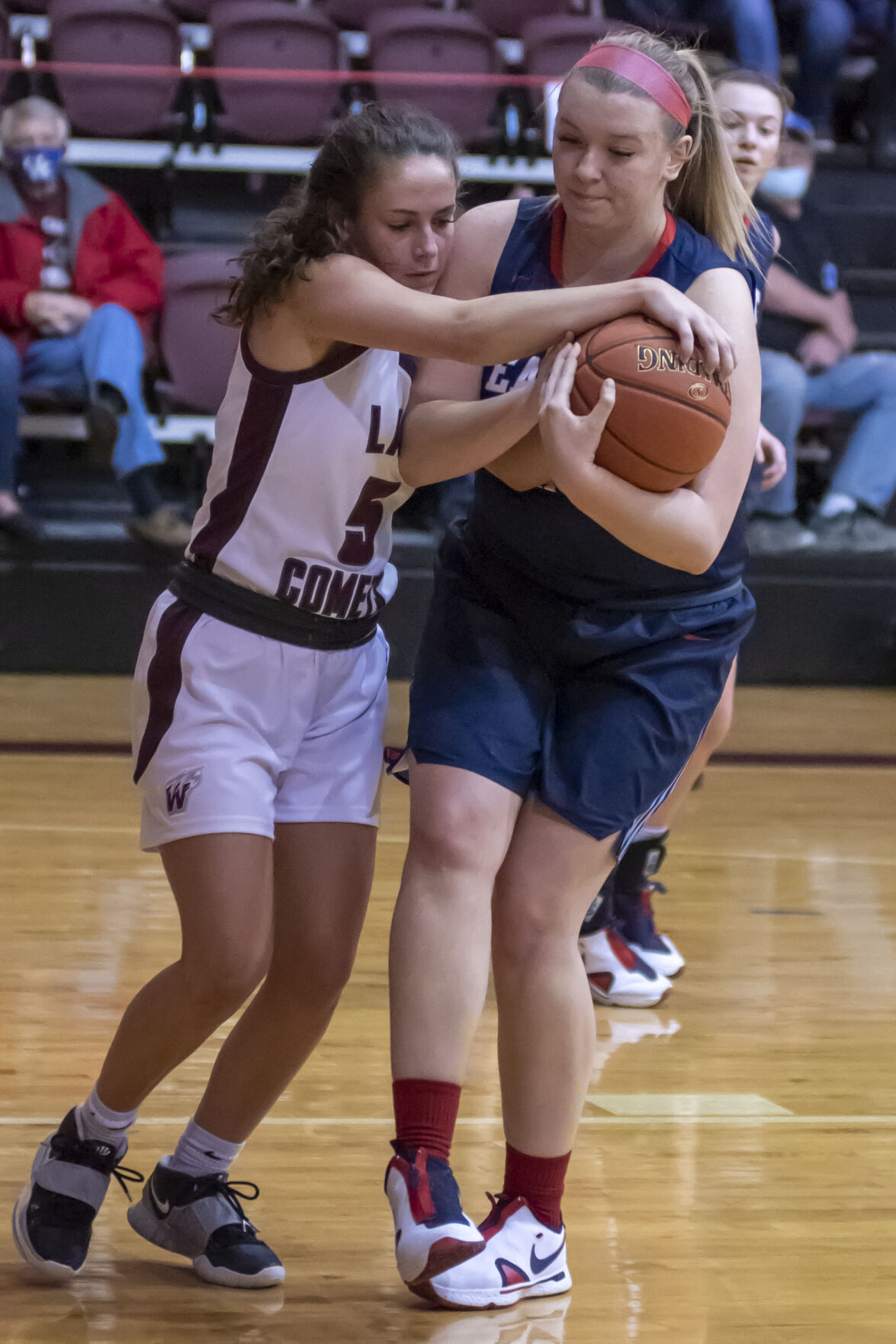 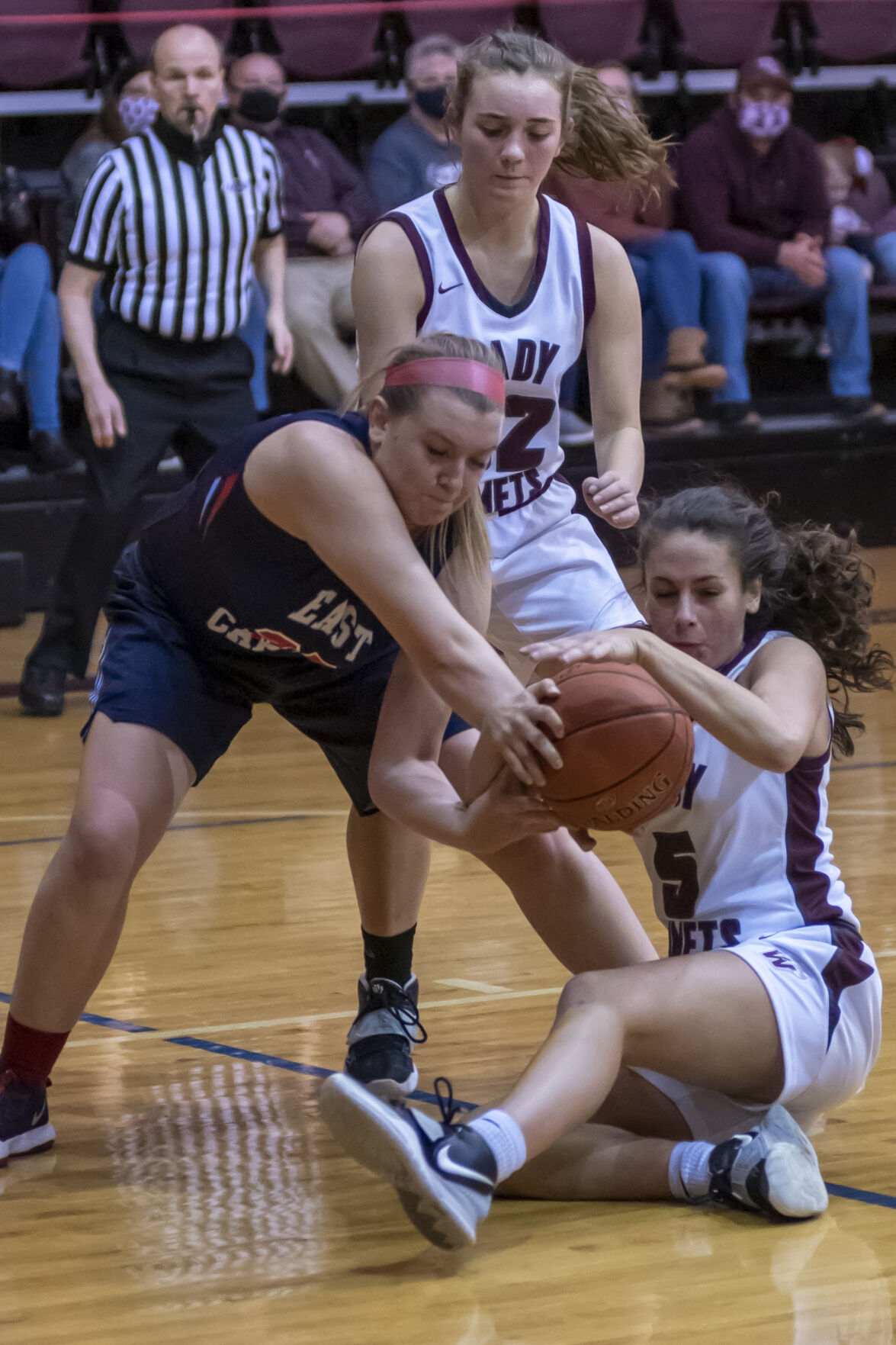 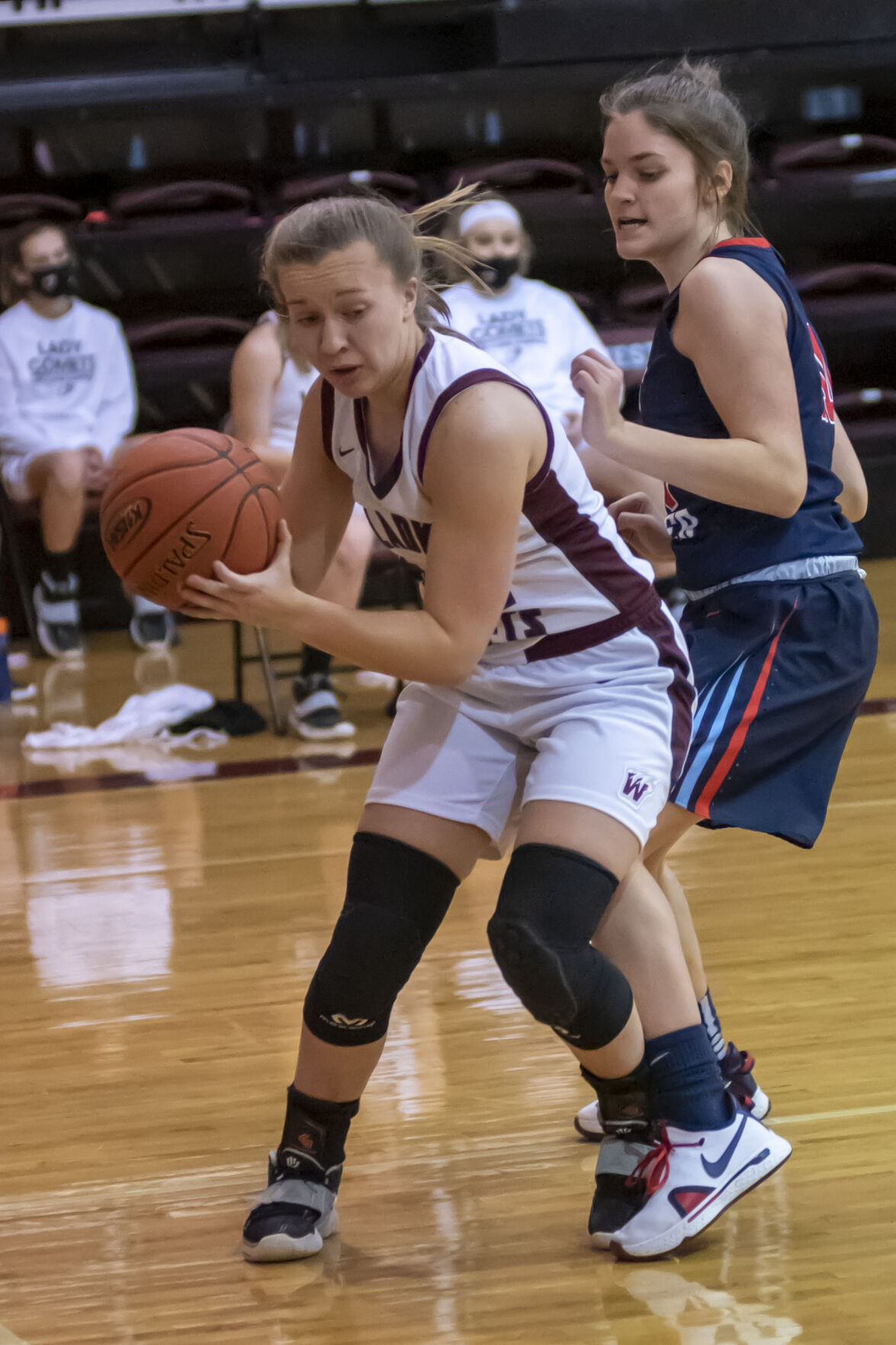 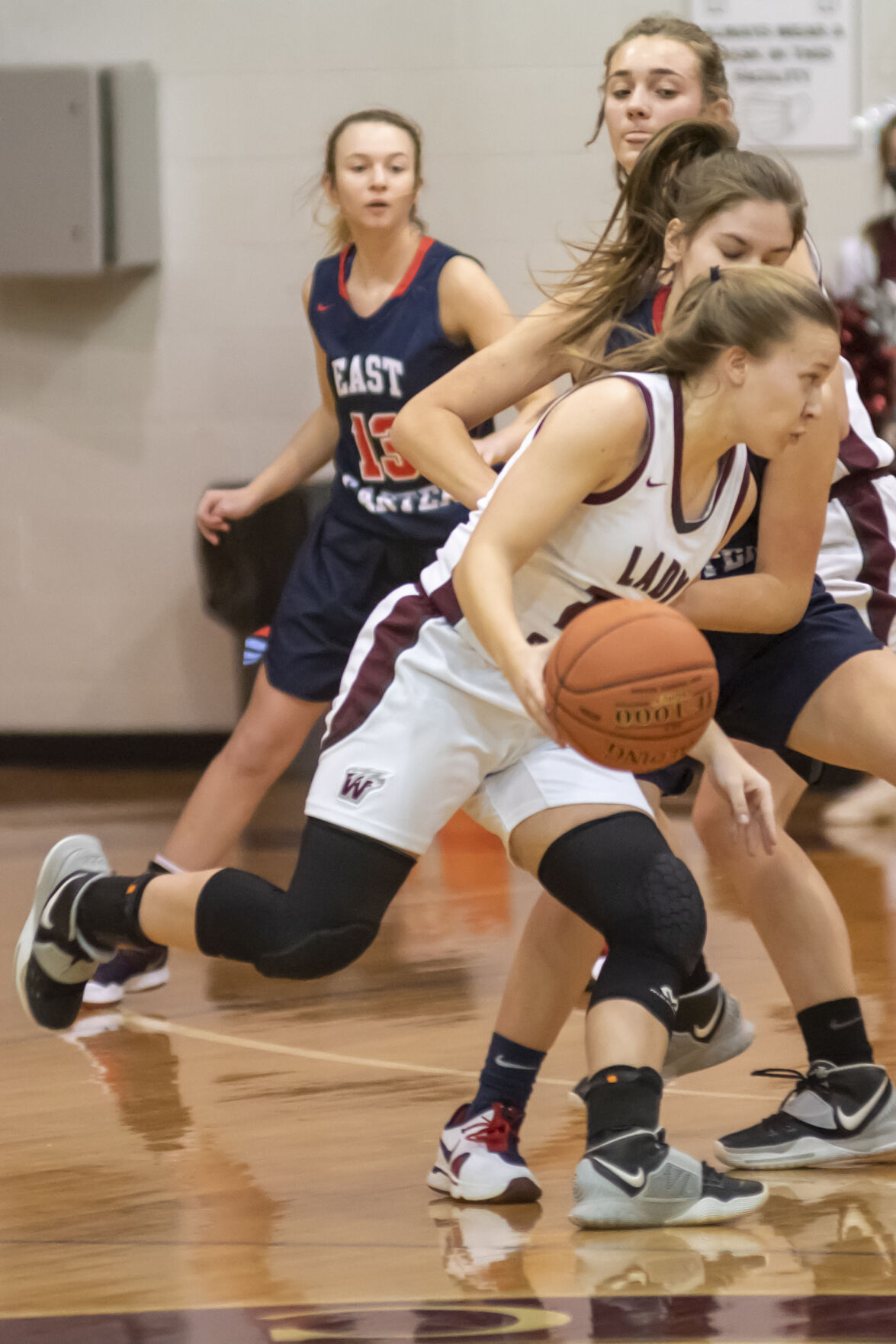 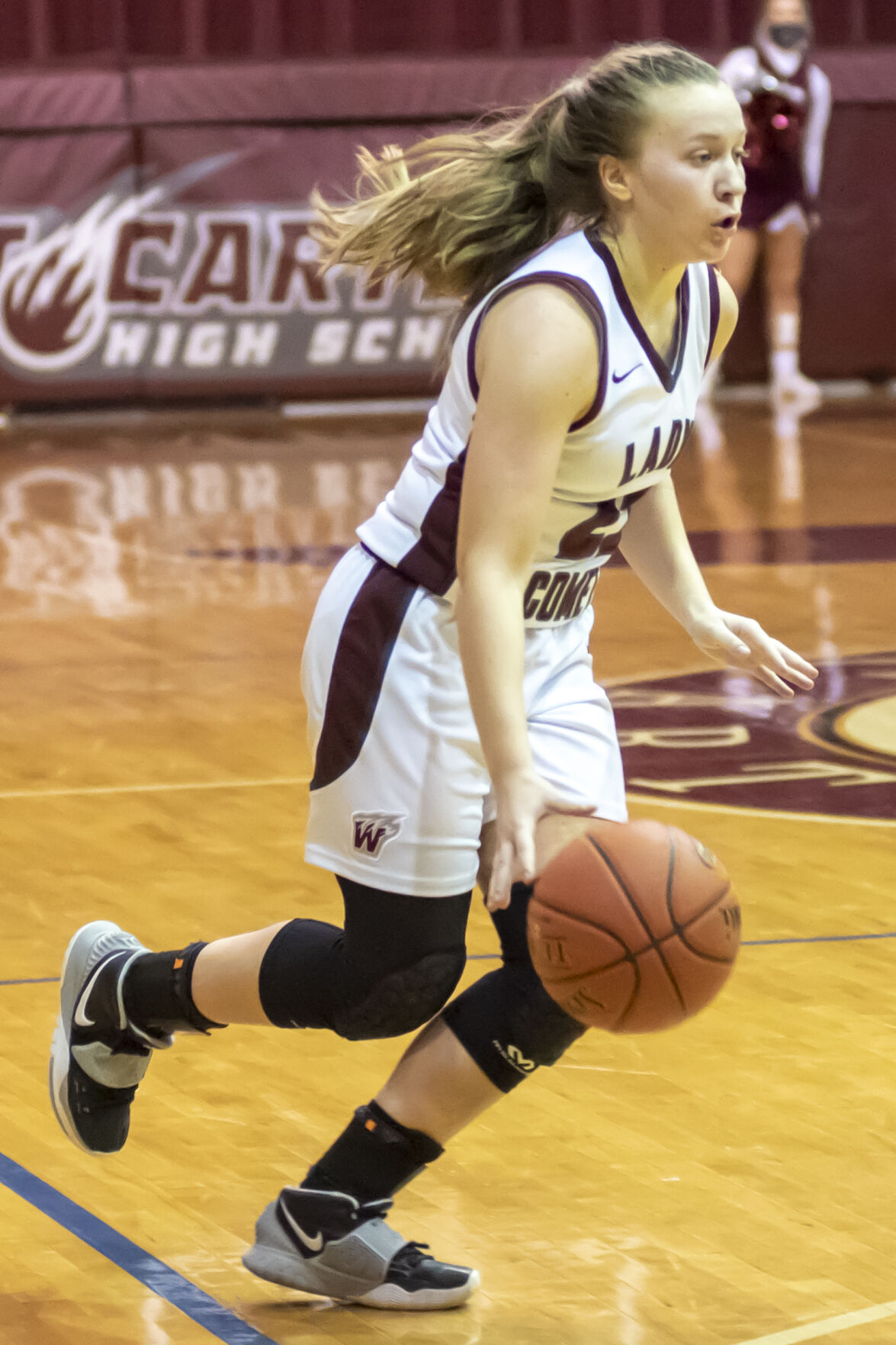 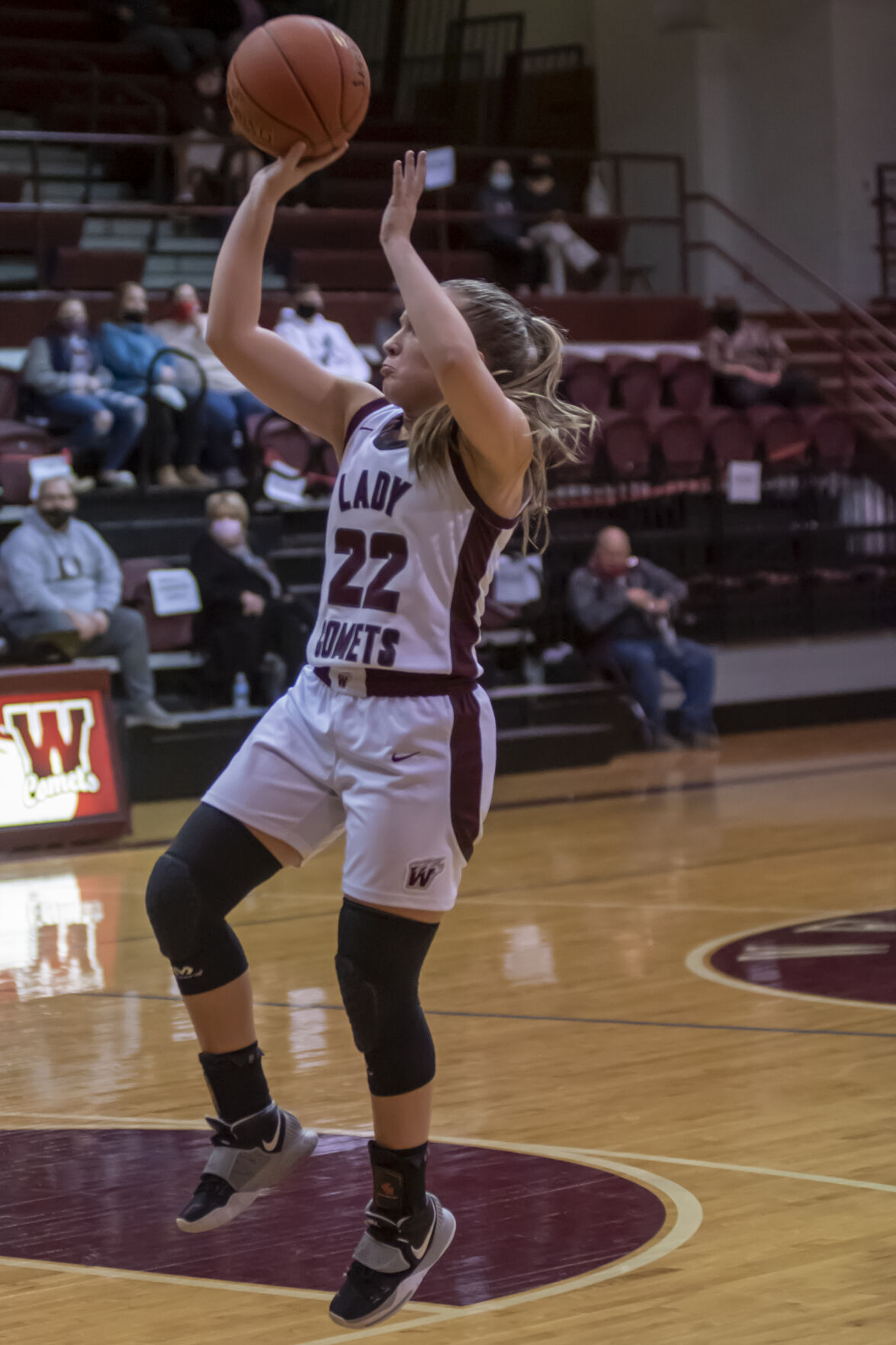 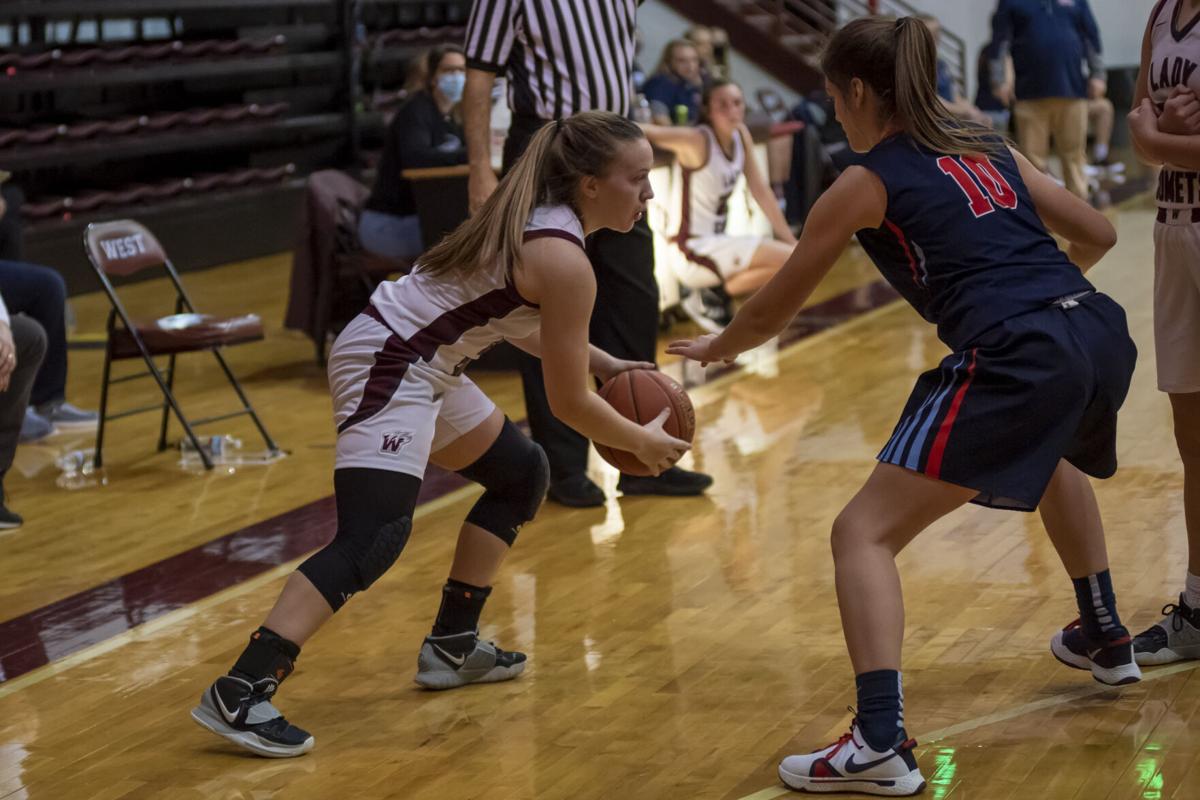 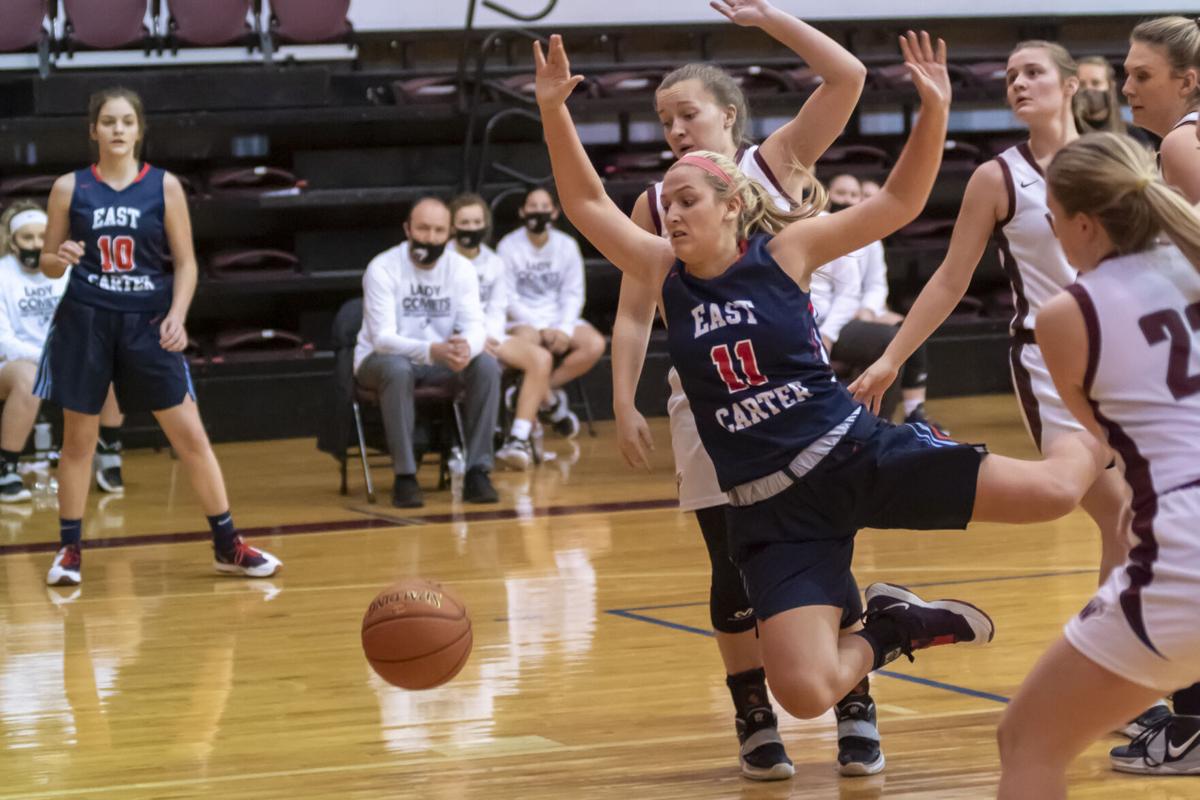 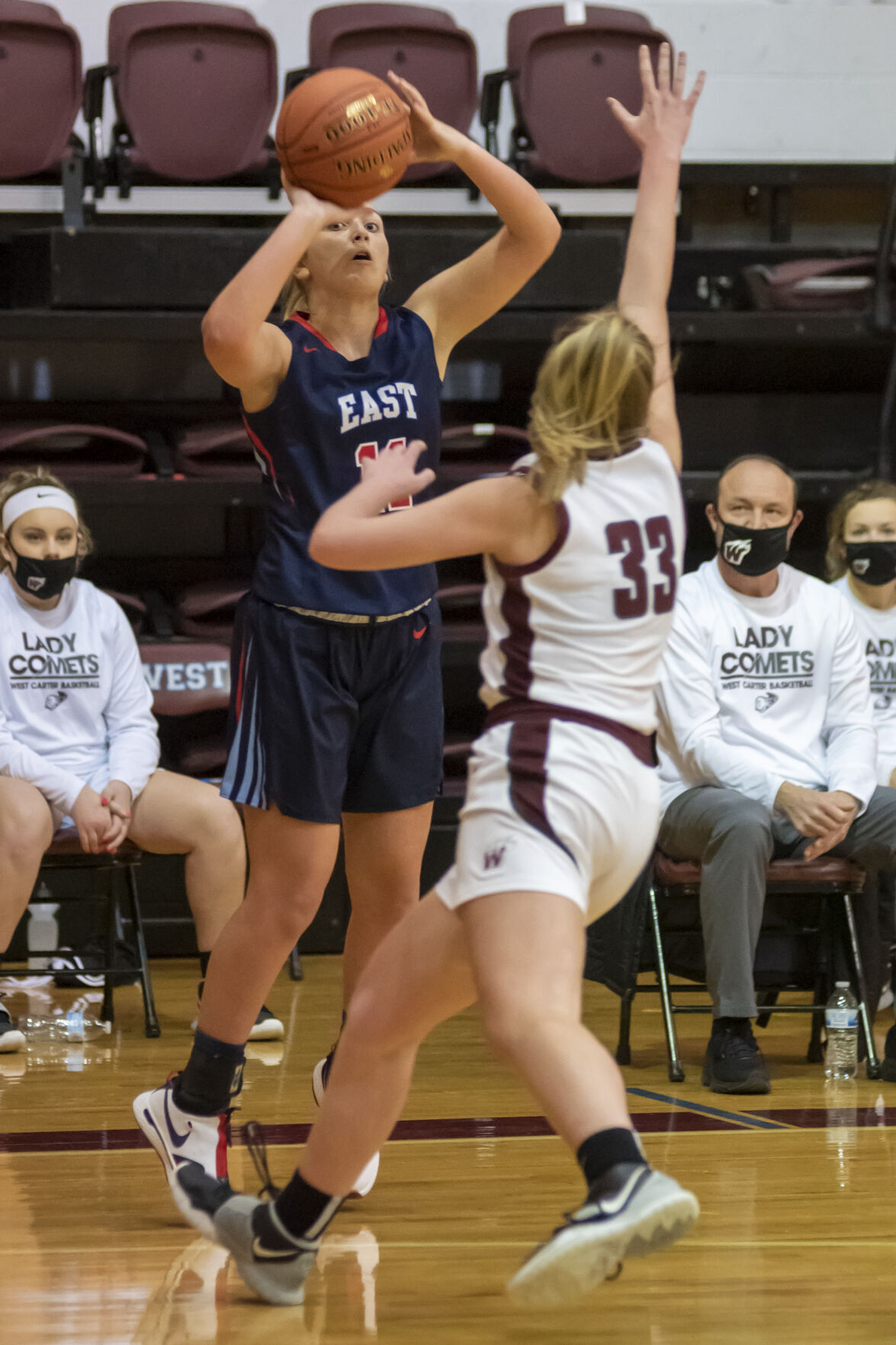 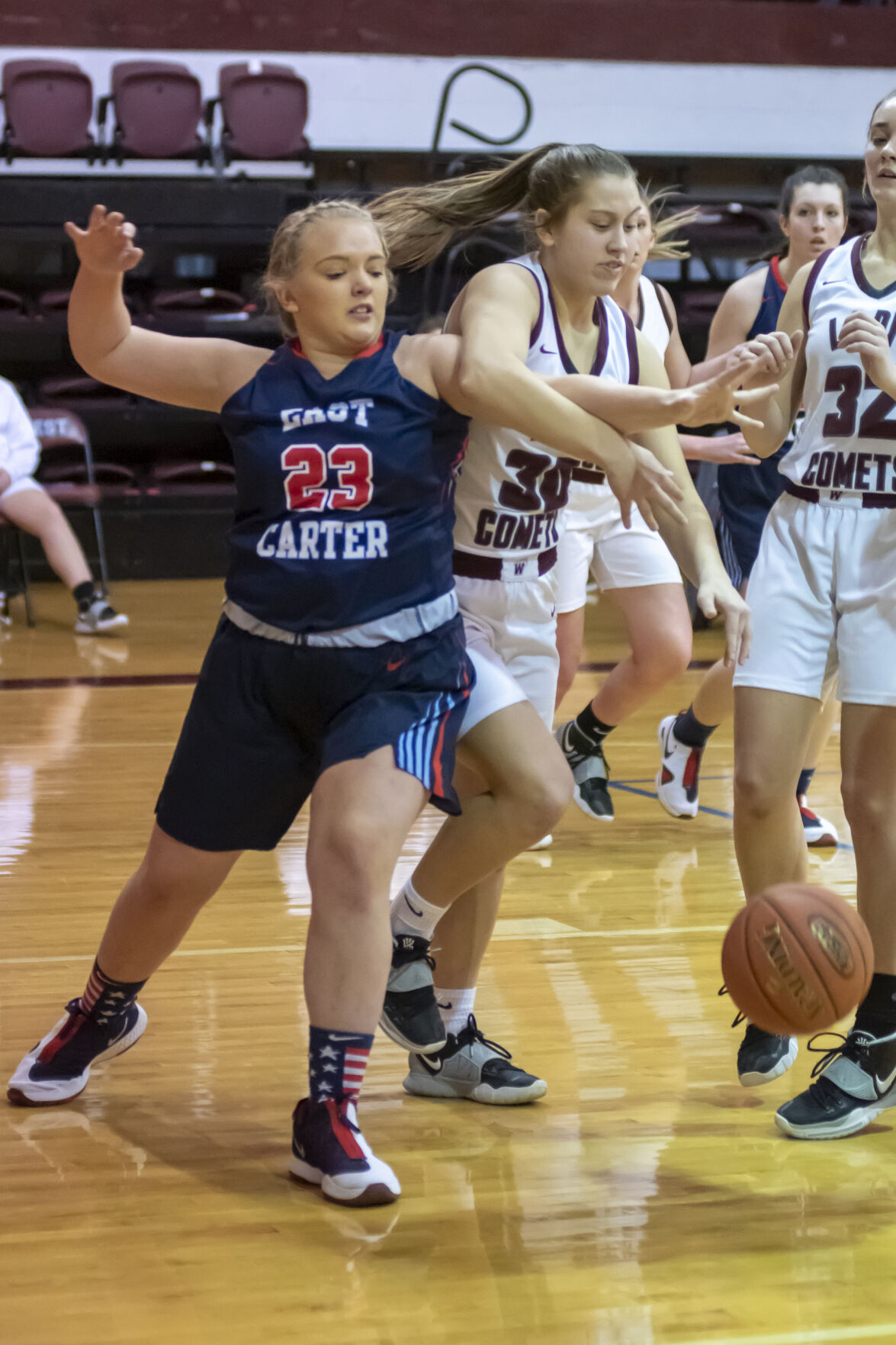 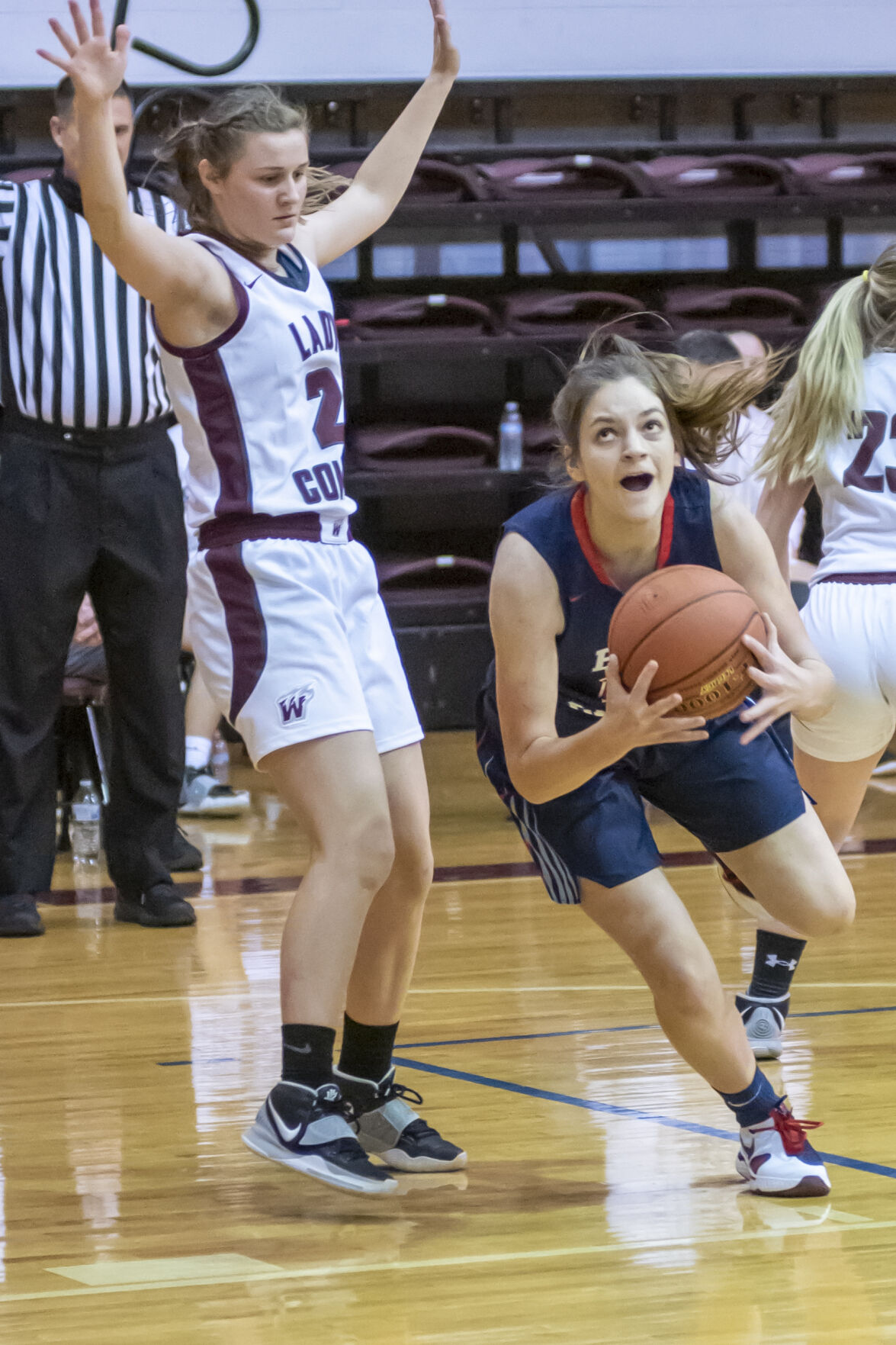 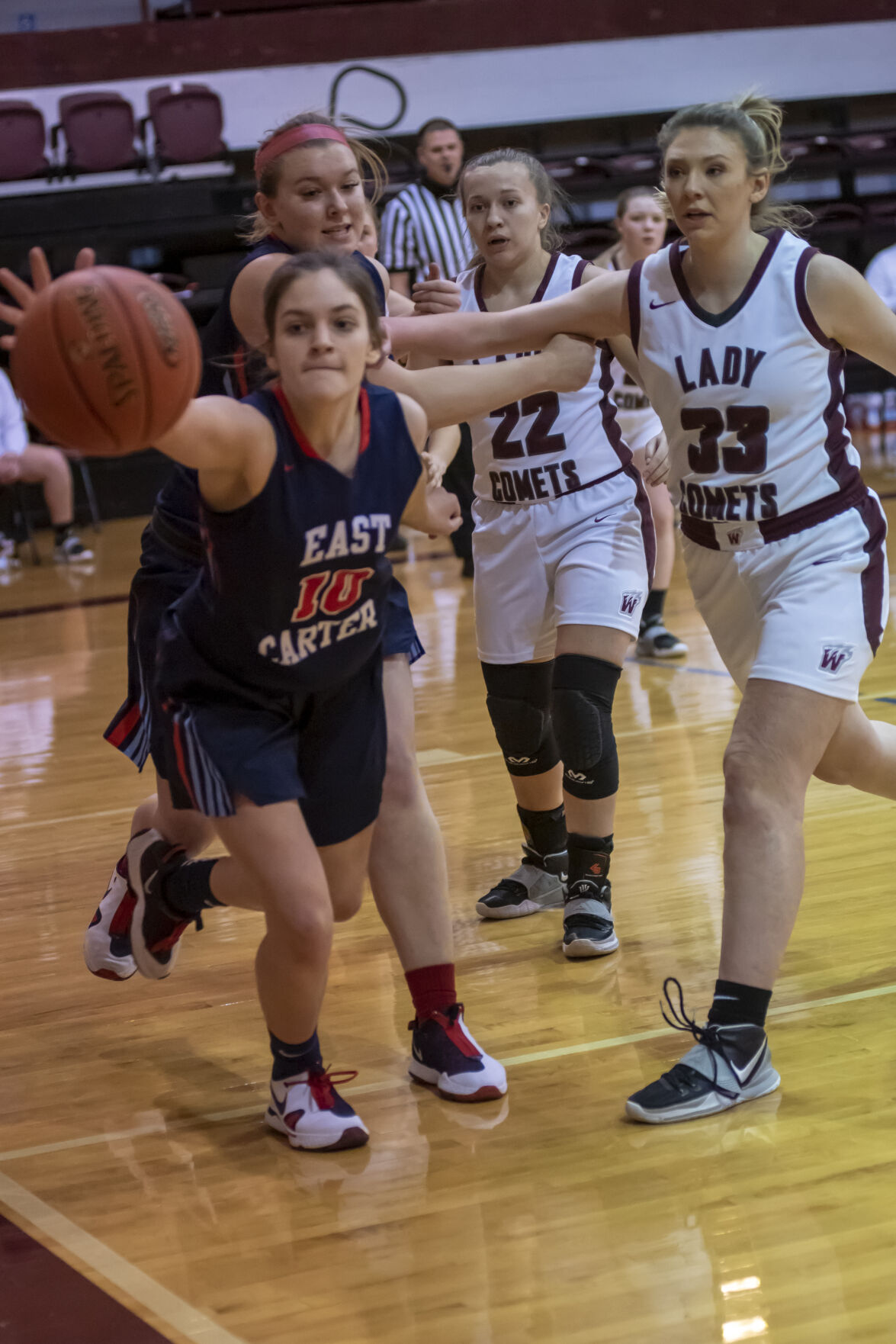 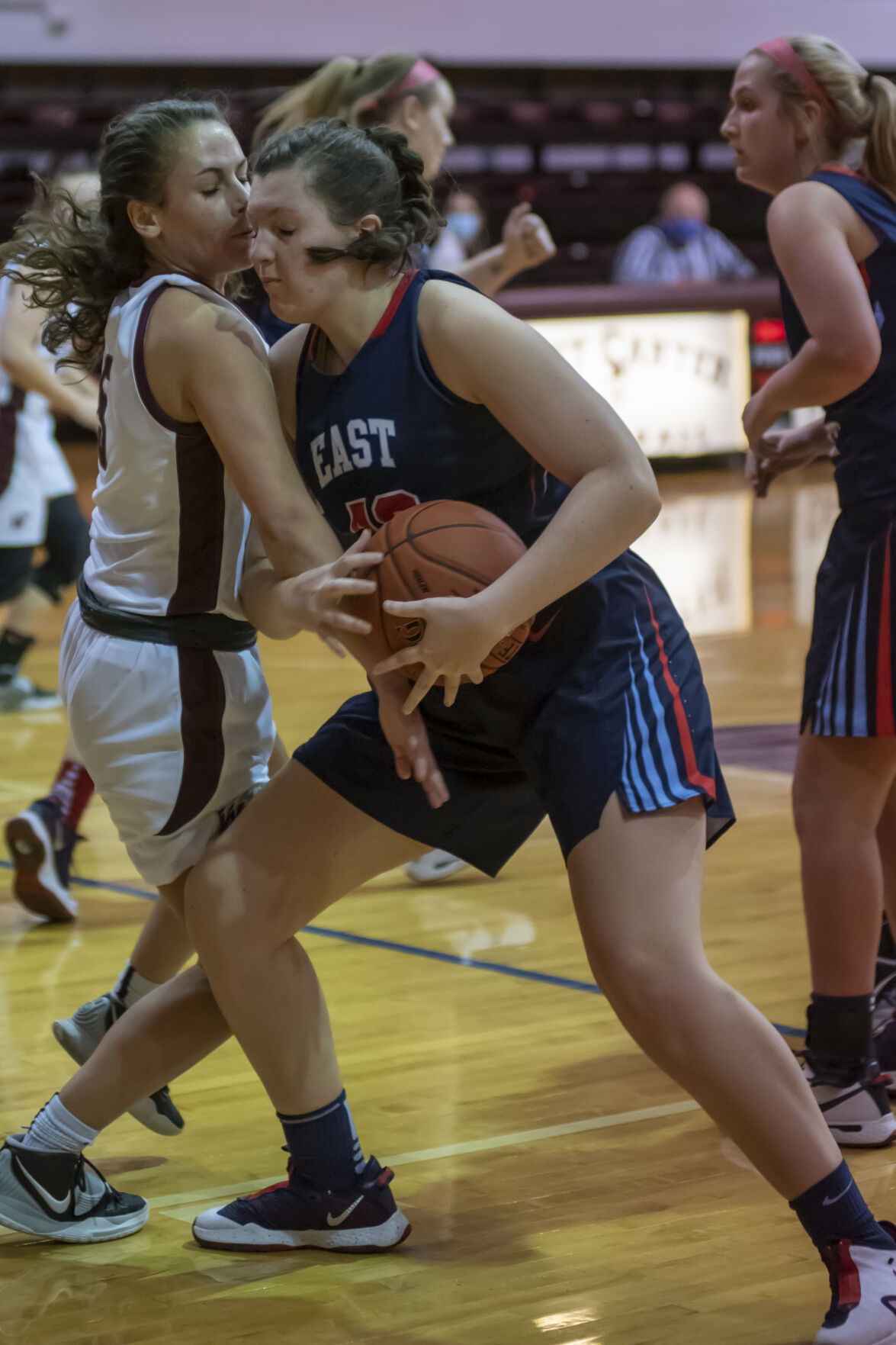 Stone, however, got the last laugh on both her coach and her rival. She drained a 35-footer before the halftime horn that left East Carter coach Jeff Damron collapsed on one knee on his sideline and Conn eating crow.

“It’s funny because Allie had just airballed one the other night and I just made fun of her today at our shootaround and told her that I just called you a timeout and you went out there and airballed it,” Conn joked of a sequence in West Carter's previous game . “So, this one, I think, was in my face to make sure I knew she was going to hit the next one.”

Stone raced one step past the midcourt stripe and let fly with two seconds remaining before the break to cap off a 12-2 Lady Comets run.

“To go into the locker room with that momentum was huge because it depletes the other team a little bit and we go in there on a high,” Conn said.

West Carter (5-3) continued that momentum and broke every East Carter run for a 66-50 win over their district rivals at the Harold L. Holbrook Athletic Complex West. Stone finished with a game-high 20 points, including 11 in the first half with the triple heading into the locker room being a point of emphasis from Damron to his team.

“That’s our learning curve,” he said. “We’re still not in position and shape where we can play a full game. When you take off plays against really good players and really good teams, they make you pay for it.”

And Stone made East Carter (1-4) pay in every way possible. The junior led her team with six rebounds, a handful of assists and proved she could step to the wrestling mat if needed after a pair of late loose-ball tie up attempts resulted in a Lady Raider taking a spill to the floor after the attempt to snatch the rock away from Stone was unsuccessful.

“She wants to win so bad that she picks up the slack wherever it's needed that night,” Conn said of Stone. “It’s really nice to have her on my team. She is so smart and her ball IQ is so high that at the end of a game, I don’t have to worry as much as some do in high school. It’s nice to have her to be able to slow the ball down or if she sees an opening that she can get through, she’s going to attack it. Having that IQ of knowing when to go and when not to is great.”

Stone had plenty of backup. Beth Middleton added 12 points and the duo of Lexi Bond and Amelia Henderson combined for 19 points and eight rebounds off the bench.

“Having those two coming off the bench to up our intensity is fantastic,” Conn said, “knowing when we make our first subs that we are actually going to go up in defense and a little bit in scoring."

East Carter cut the West Carter lead to 10 multiple times in the third stanza but never found the bucket or defensive stop needed to get over the hump. Leading 47-37 late in the third, West Carter rolled off a 9-2 run which featured bookended Stone buckets, a Bond goal and a Lady Raiders turnover that resulted in a margin of 17 with 5:19 to play in the game.

“I love the effort,” Damron said. “We took a big step in the right direction tonight. ... Jascie (Greene) should’ve learned a lot tonight by the way that she played and she should know that she can get in there and go bang and go score. Overall, I don’t like losing, but I like the step in progression that we made.”

Greene finished with eight points and a game-high 10 rebounds, including five offensive boards for the Lady Raiders.

“It’s hard work,” Damron said. “Running the floor is hard. Fighting to get those rebounds, fight to post up, everything is hard and you just have to fight through that.”