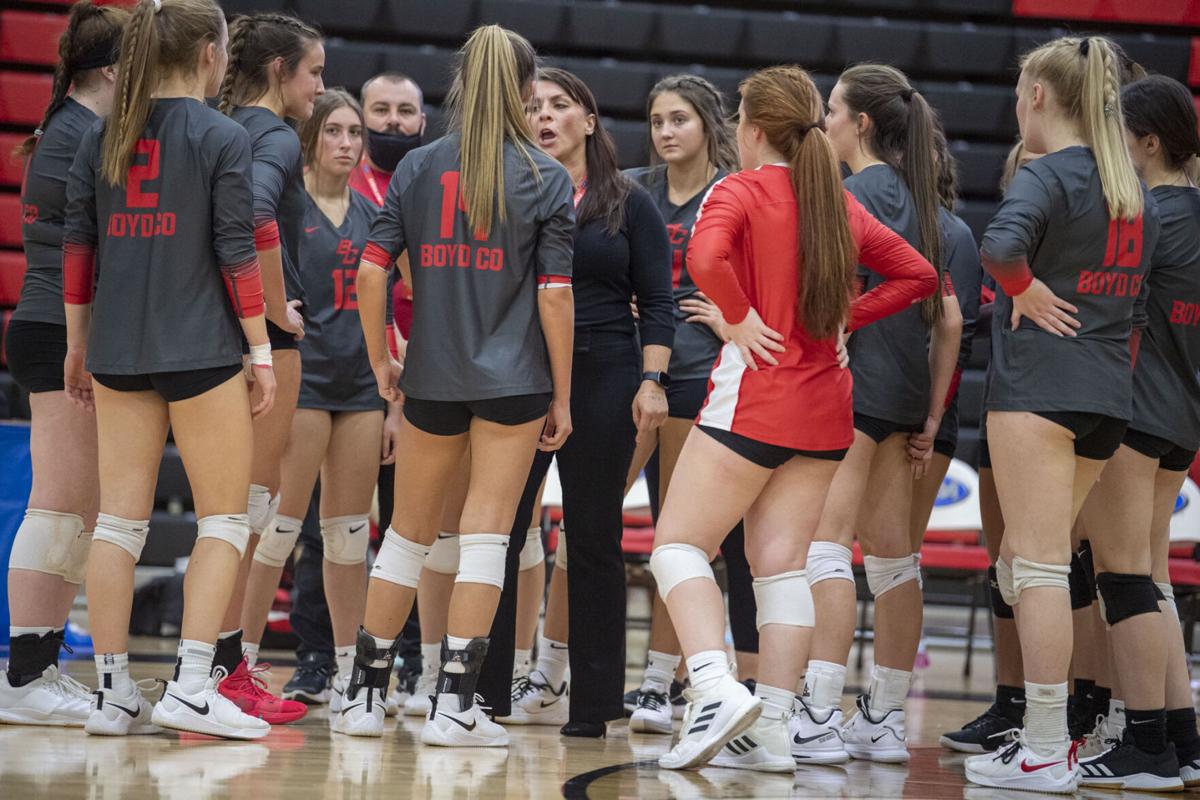 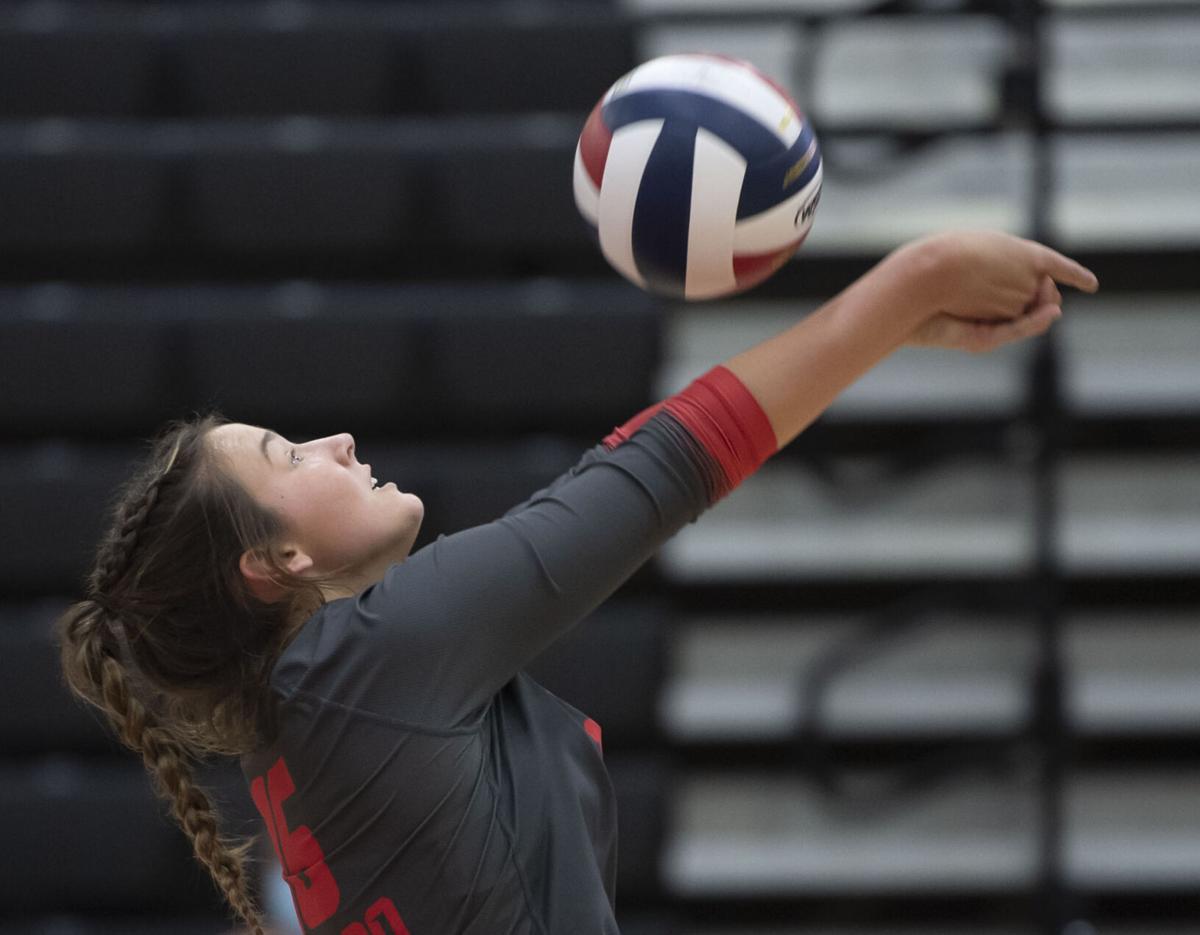 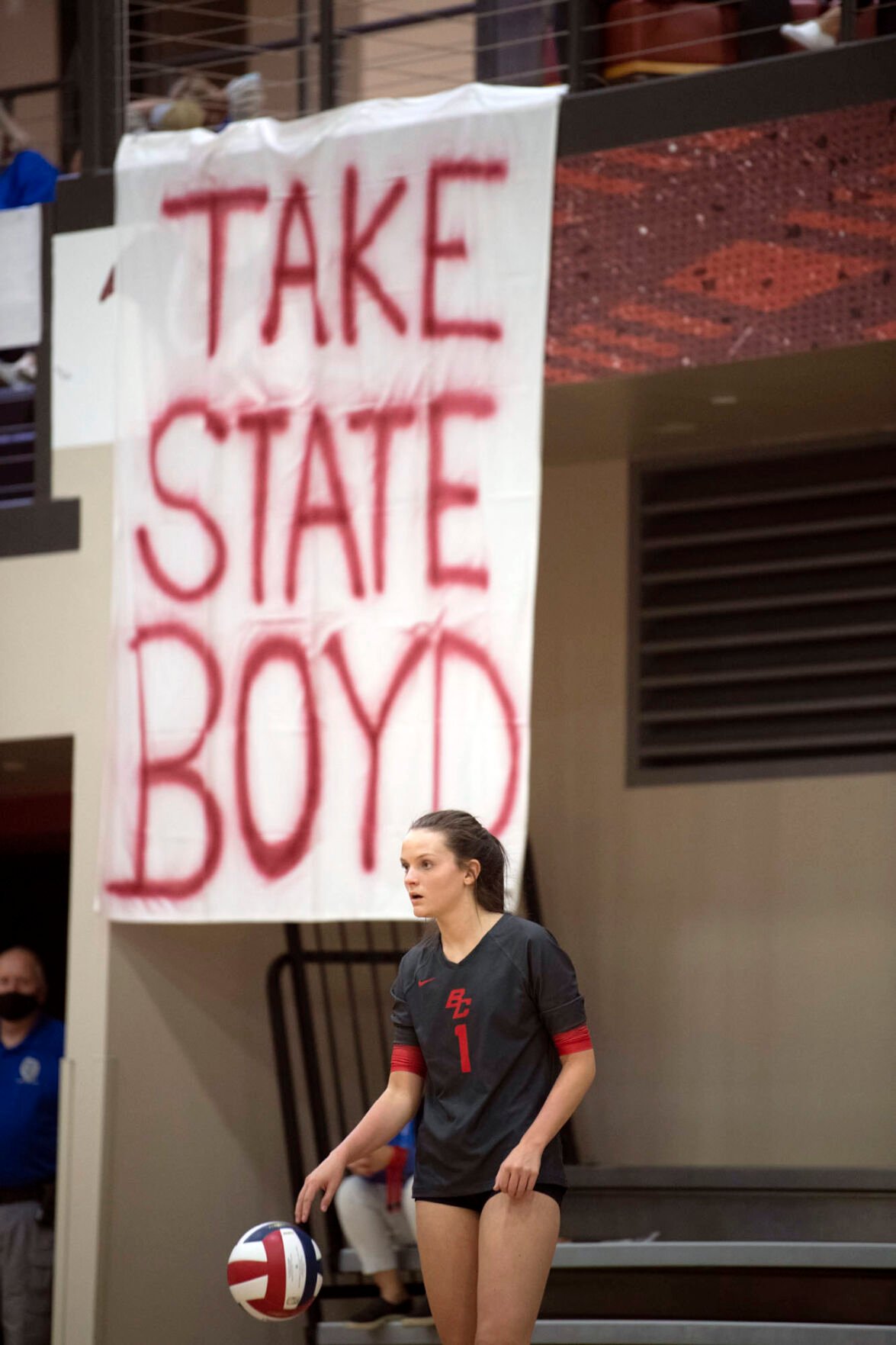 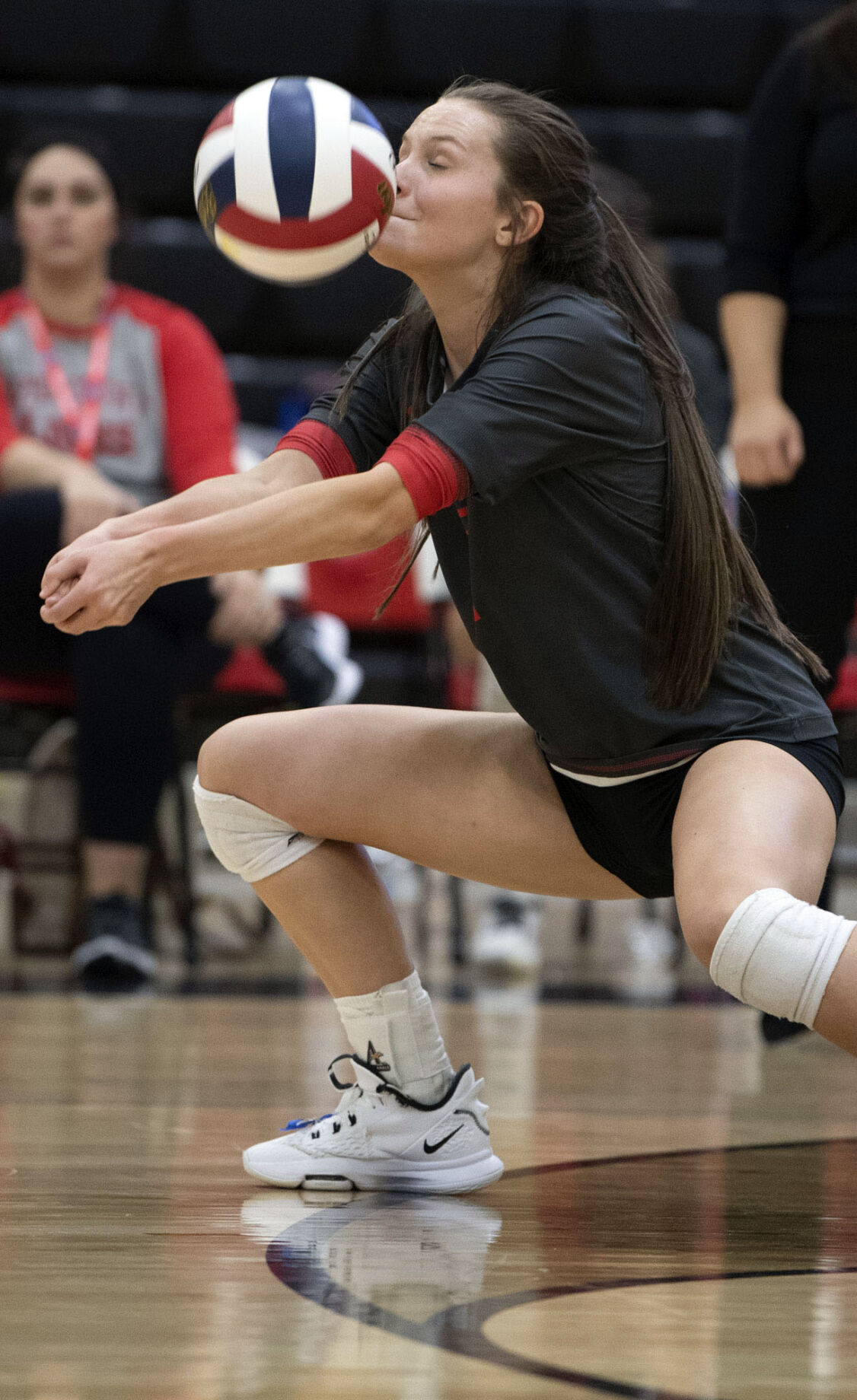 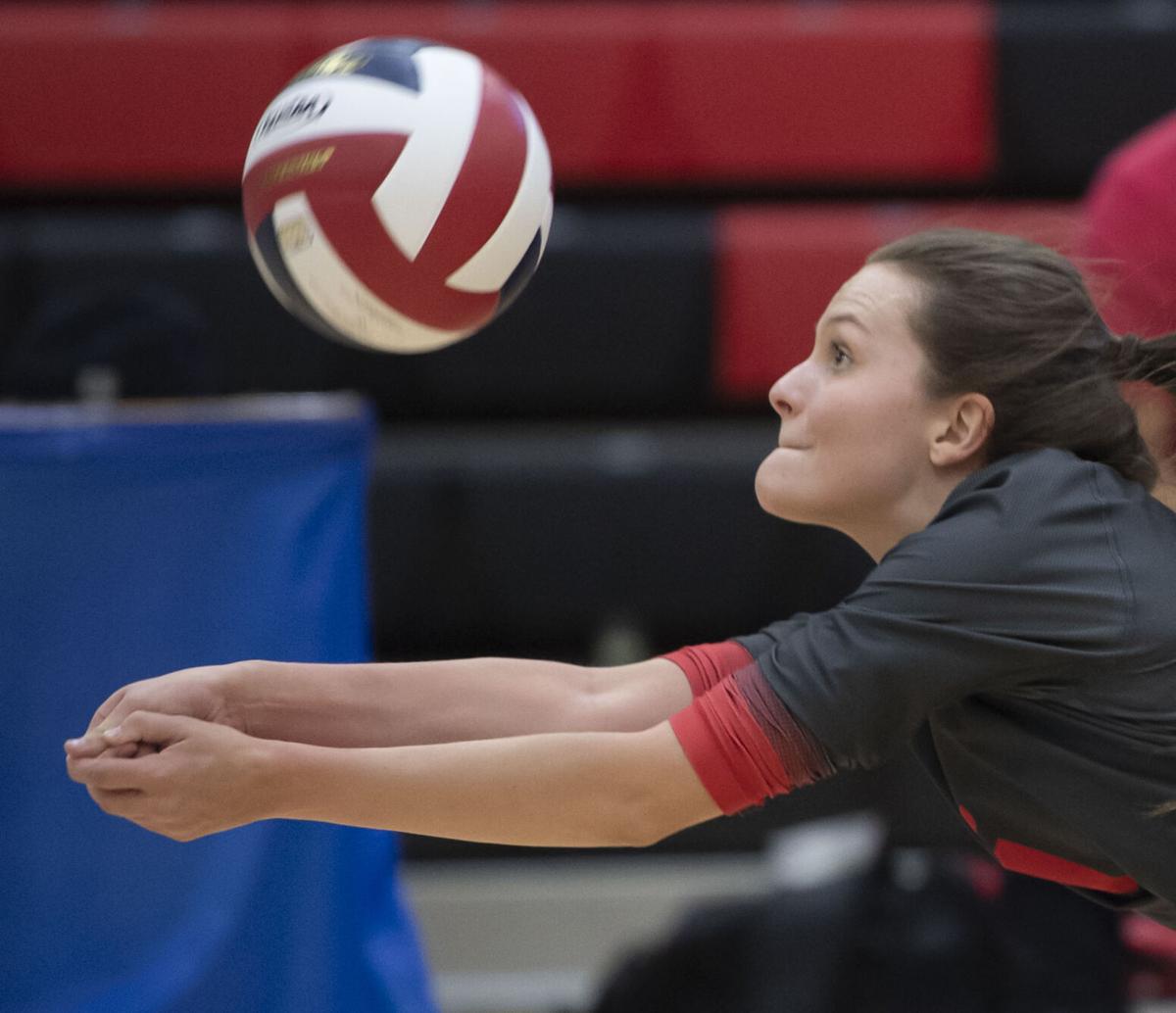 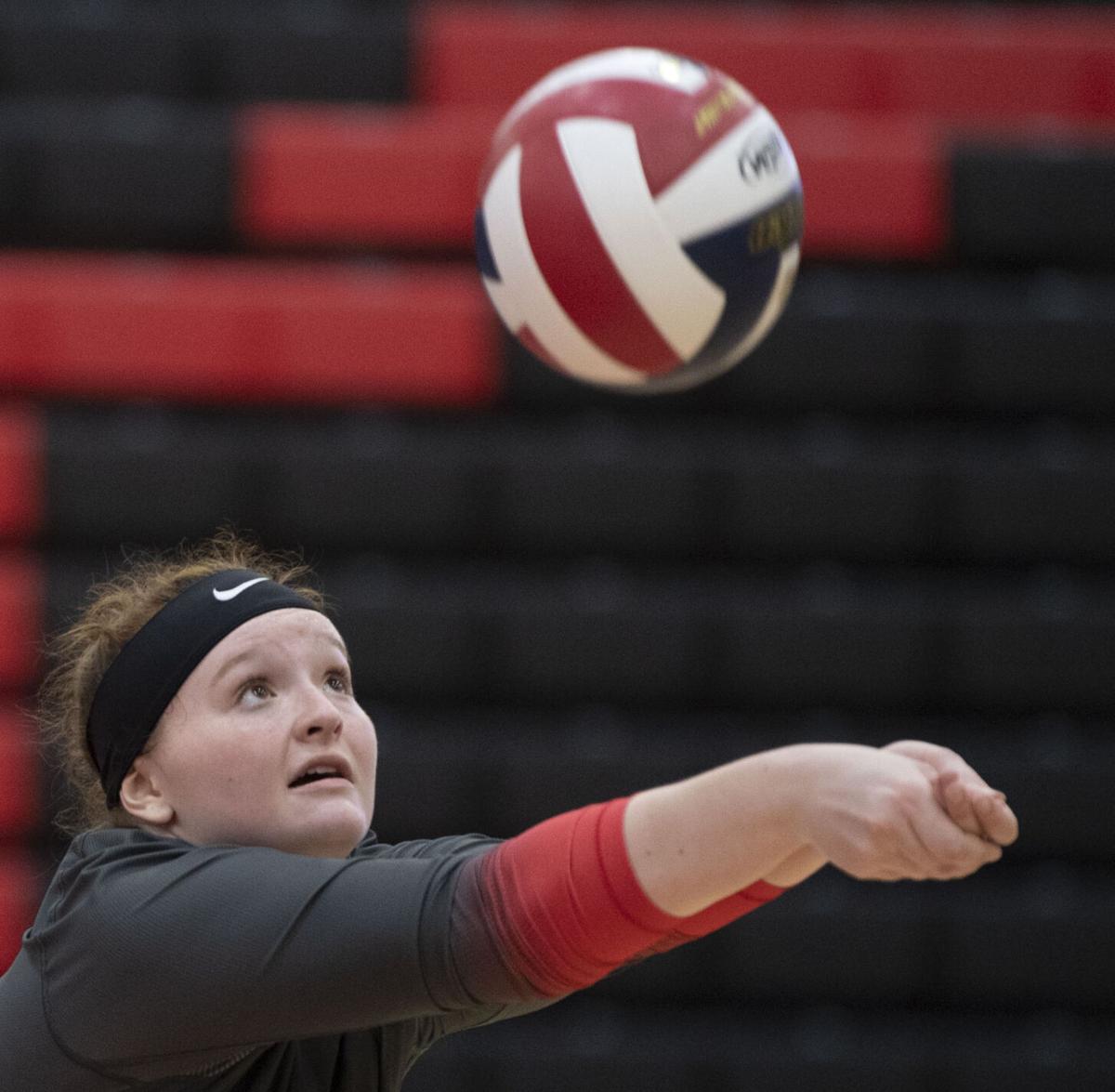 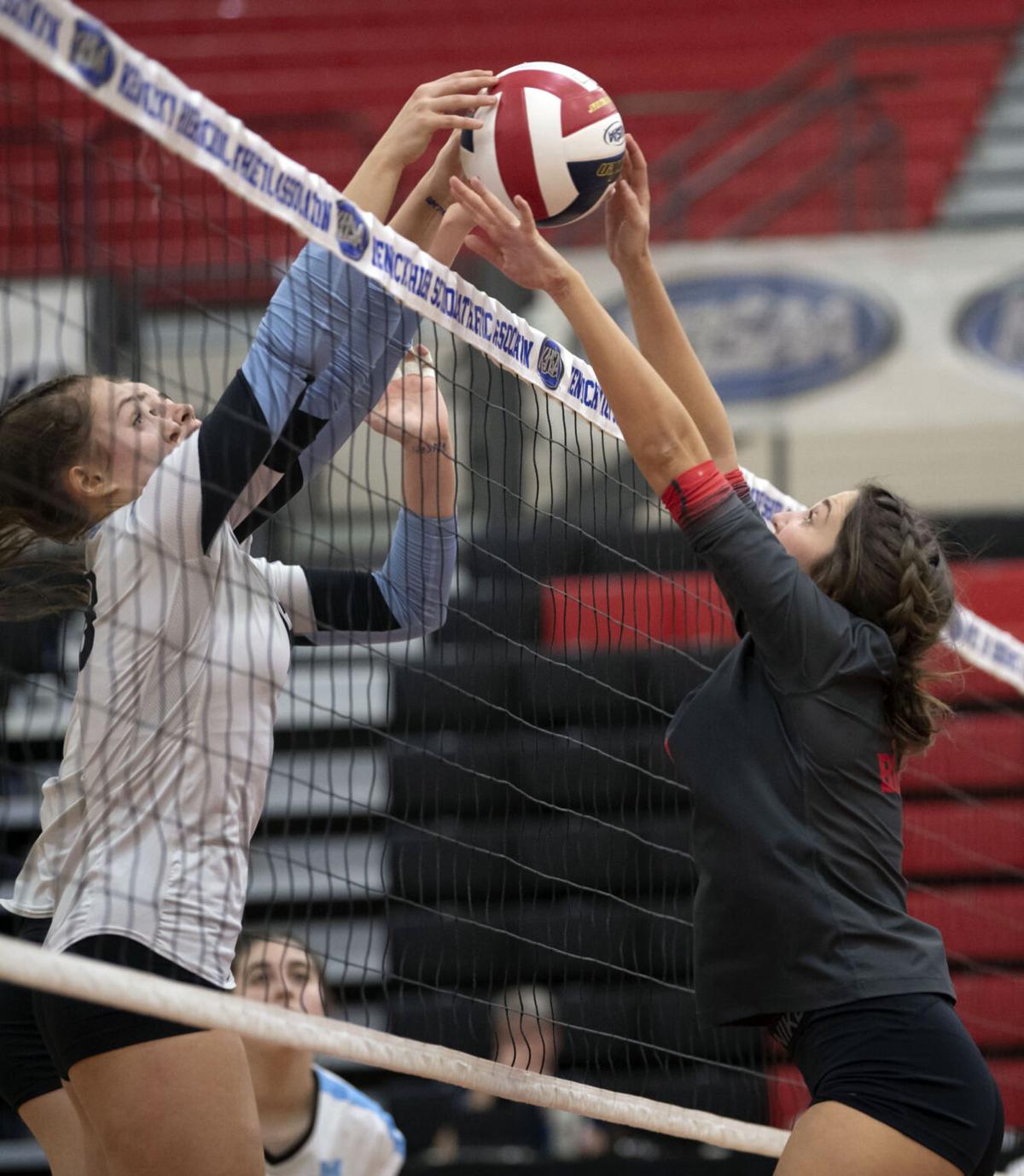 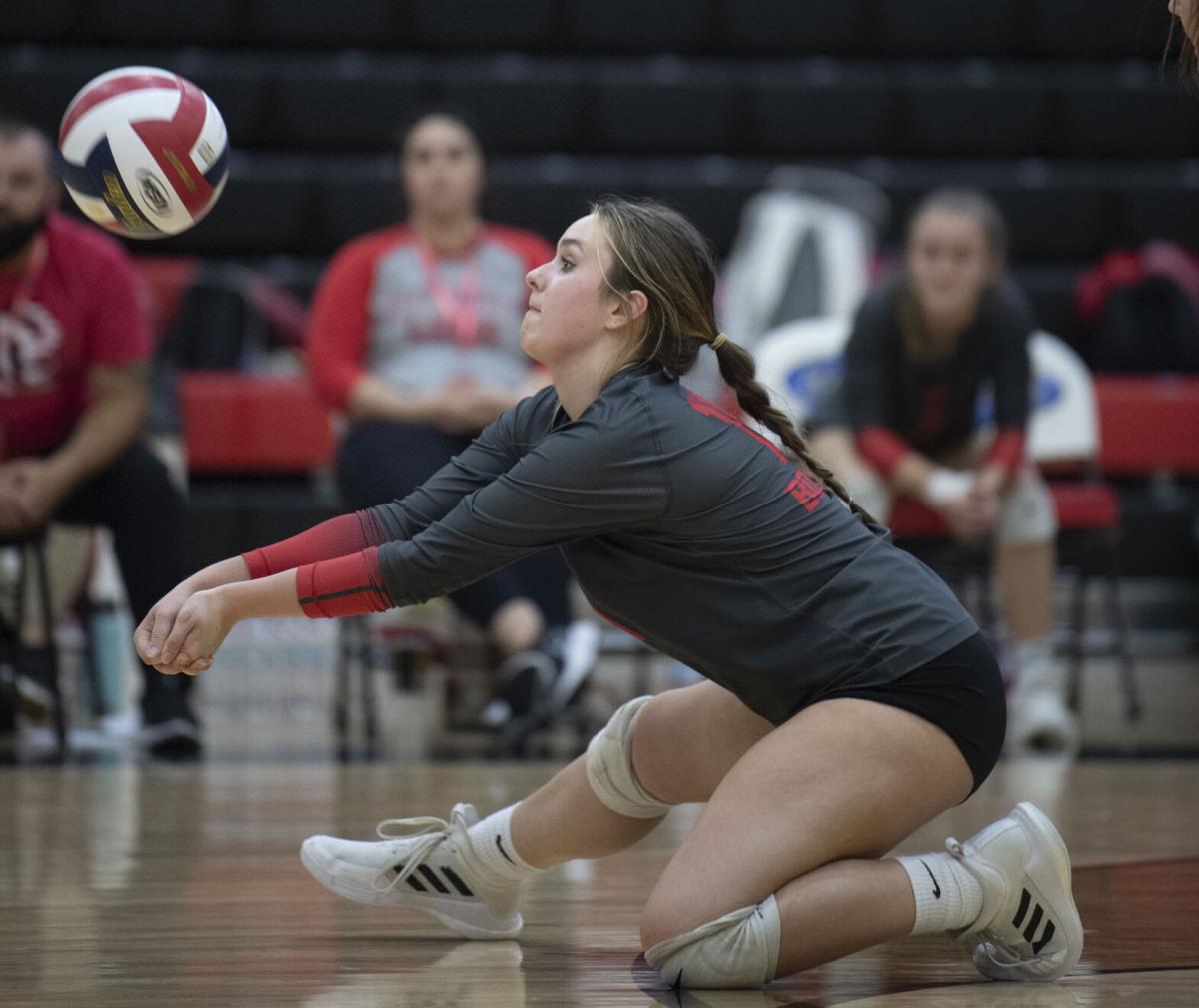 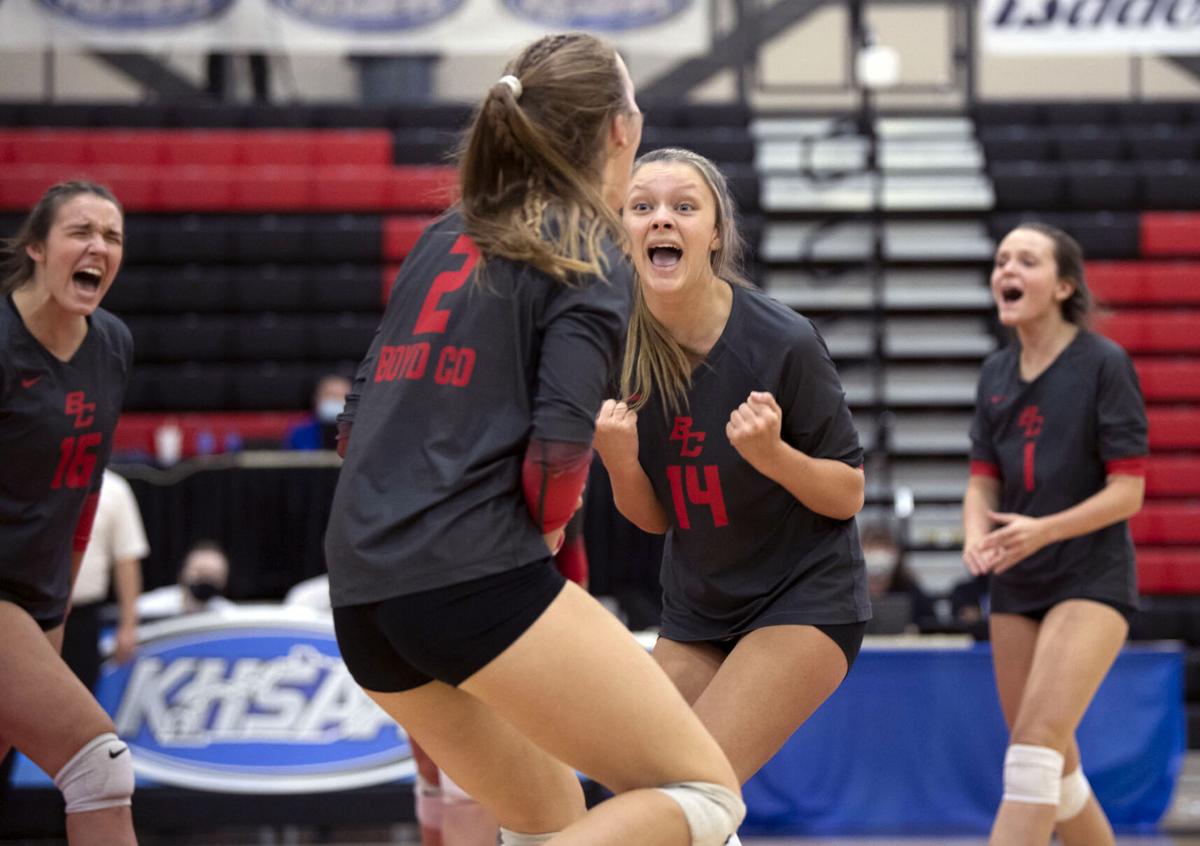 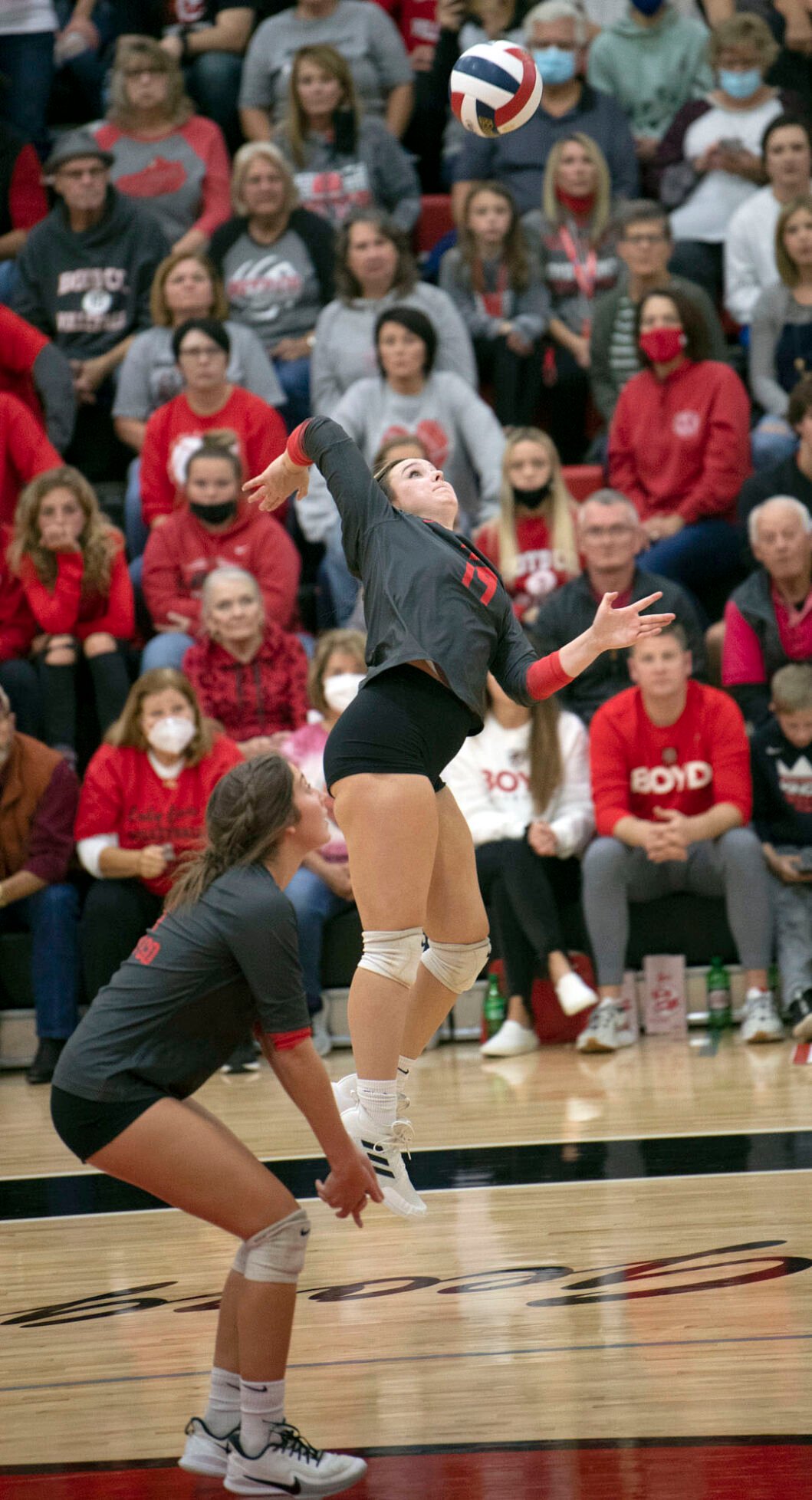 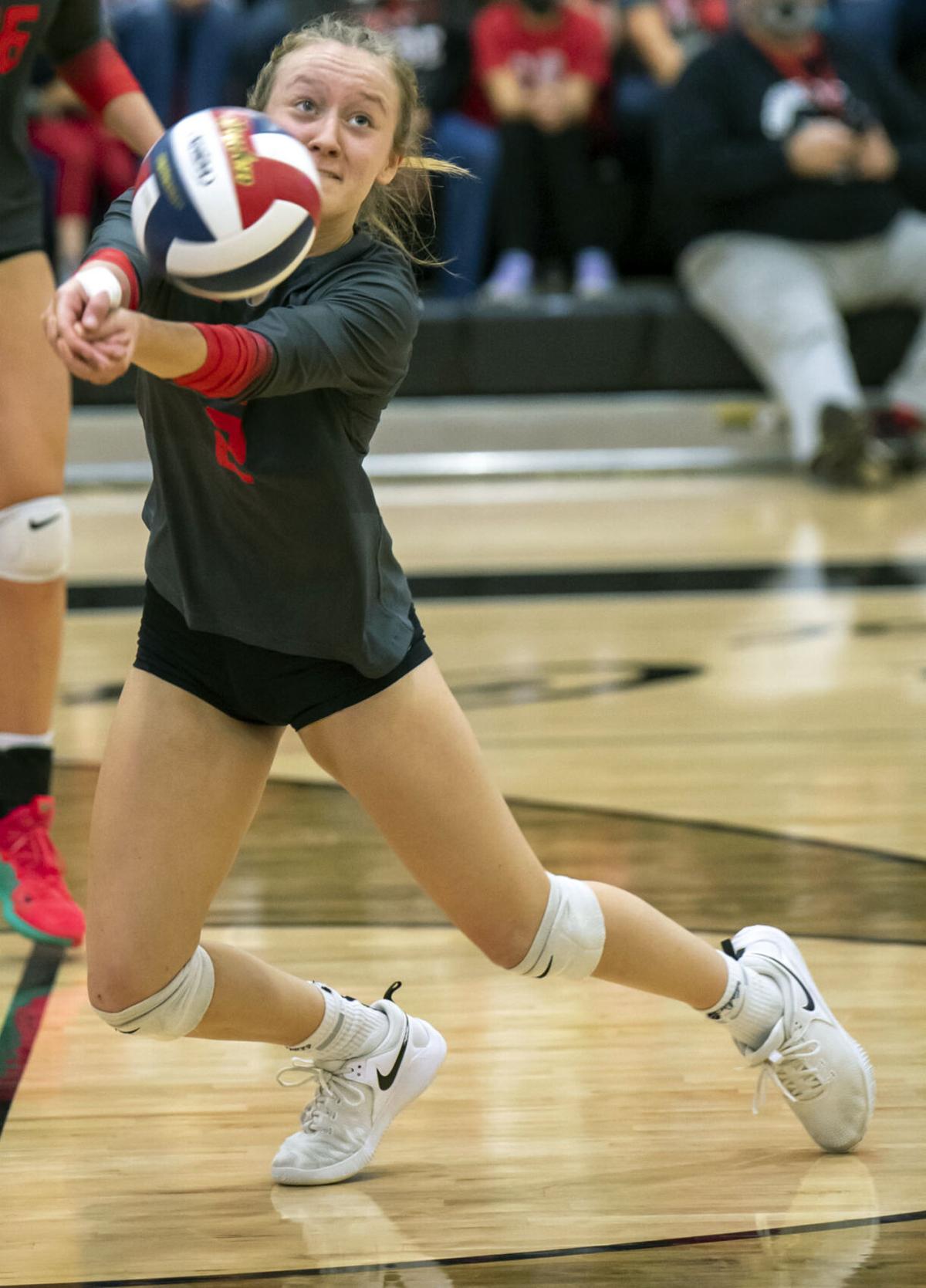 WINCHESTER Boyd County's volleyball season ended Friday in a flurry of kills from a much taller team.

“We made history out here,” Boyd County sophomore Audrey Biggs said. “Obviously, it didn't end up the way we would've wanted it to end, but we had a great run this season.”

Boyd County coach Katee Neltner said her team “did a lot of good” on the way to the Lions' first 16th Region Tournament title since 2003. Still, she was upset about how the program might be perceived.

“The frustrating thing for me at this point is that people are going to walk away saying, 'Well, you did play a past state champion,'” Neltner said. “The truth of the matter is, Boyd County just didn't show up to play their game (Friday).”

After Boyd County beat Russell in the region tournament final, Neltner said the first point of the match determined how things went. Friday, the first points – and most of the rest – went Mercy's way, starting with the first set, where Mercy took a 3-1 lead.

Boyd County's Morgan Lewis (14 kills in 62 attacks for the match) pulled the Lions to within 3-2.

Mercy did the same thing pretty much all night – get the ball to either 6-foot outside hitter Maddie Hagan (29 kills in 60 attacks) or 6-4 Meredith Brown (24 in 43). Setter Ella Teeley usually had the assists; she finished with 72.

“We not only didn't get our block up,” Lewis said. “They're so big, they can jump straight over our heads. So we put our hands up, they're swinging right over our hands.

“At that point, you just get a soft block and hope for the best.”

Biggs, meanwhile, didn't seem intimidated. “Their height's not anything I've not played against,” she said.

By the end of the set, the two words the public address announcer most frequently spoke were “Point, Mercy.” The Jaguars finished with a 10-2 run.

“Our defense flailed miserably (Friday),” Neltner said. “We don't have a pass to set up anything effectively offensively, that's a problem.”

No passing or defense was a recurring pattern all night. Brown opened the second set with a couple kills – part of a 9-1 run.

“Once they got one hit to the floor, we felt like we weren't capable of getting any more up,” Biggs said. “And we just kind of shut down, and we had to dig ourselves out of that shutdown stage.”

Boyd County nevertheless countered with a 9-4 string to pull to within 13-10 – and then watched Mercy finish with a 10-3 outburst. Hagan led the run with a couple of kills and Elle Jackson added a pair of aces.

Two third-set runs kept Boyd County close. A double-team block by Biggs and Taylor Bartrum helped the Lions pull to within 9-7, and a 6-2 string made it 16-14. From there, Mercy ran away – a 9-3 outburst the rest of the way.

In the end, Lewis was grateful to see how far Boyd County's program had come the last six seasons.

“We were 0-28 when I started as a seventh-grader (in 2016),” Lewis said. “And to be in the elite eight, I've dreamed about it since I started playing volleyball. To finally be here was amazing.”