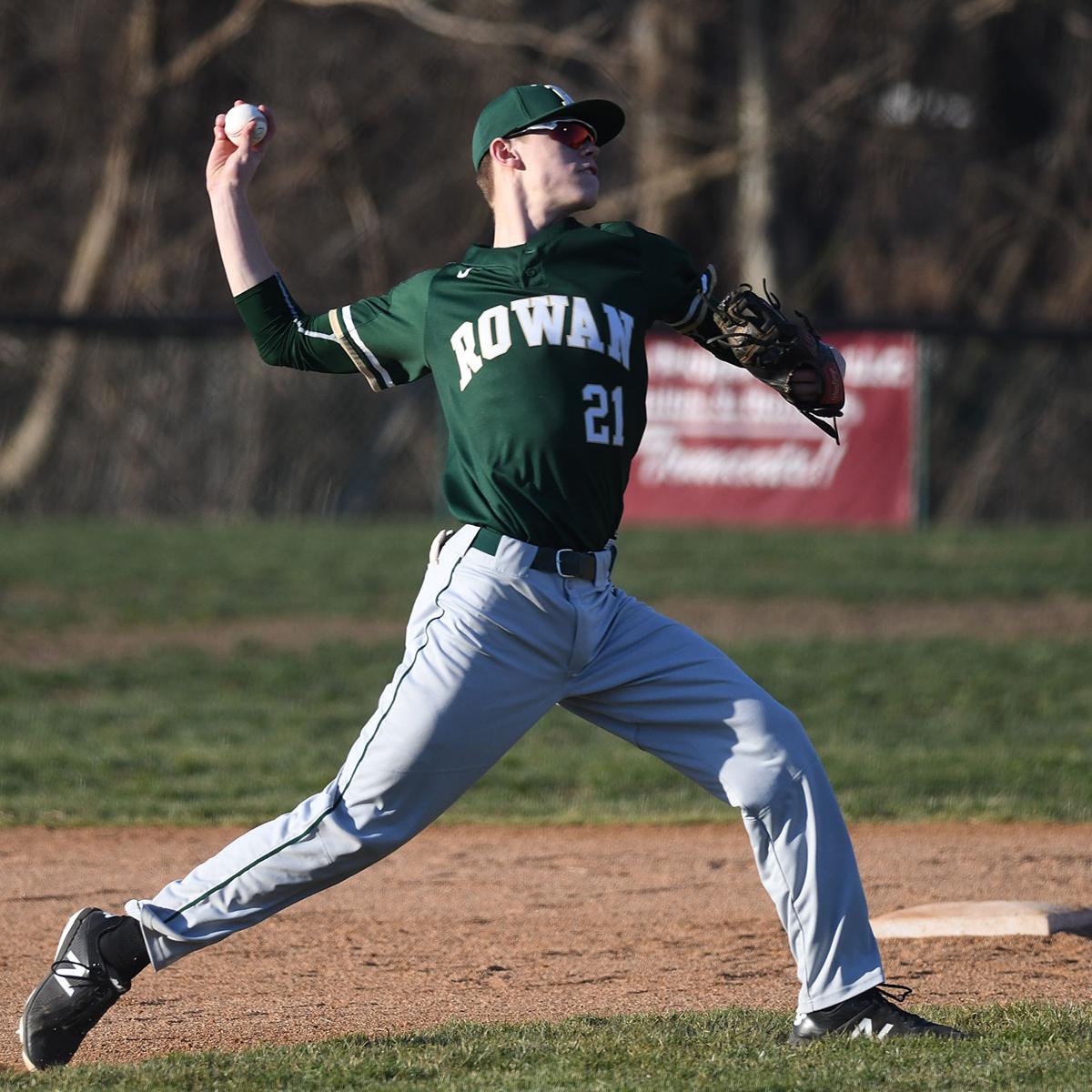 Rowan County shortstop Chase Alderman throws a ball hit by Ashland's Richie Hall for an out during the first inning at Alumni Field in Ashland on Tuesday. KEVIN GOLDY | THE DAILY INDEPENDENT 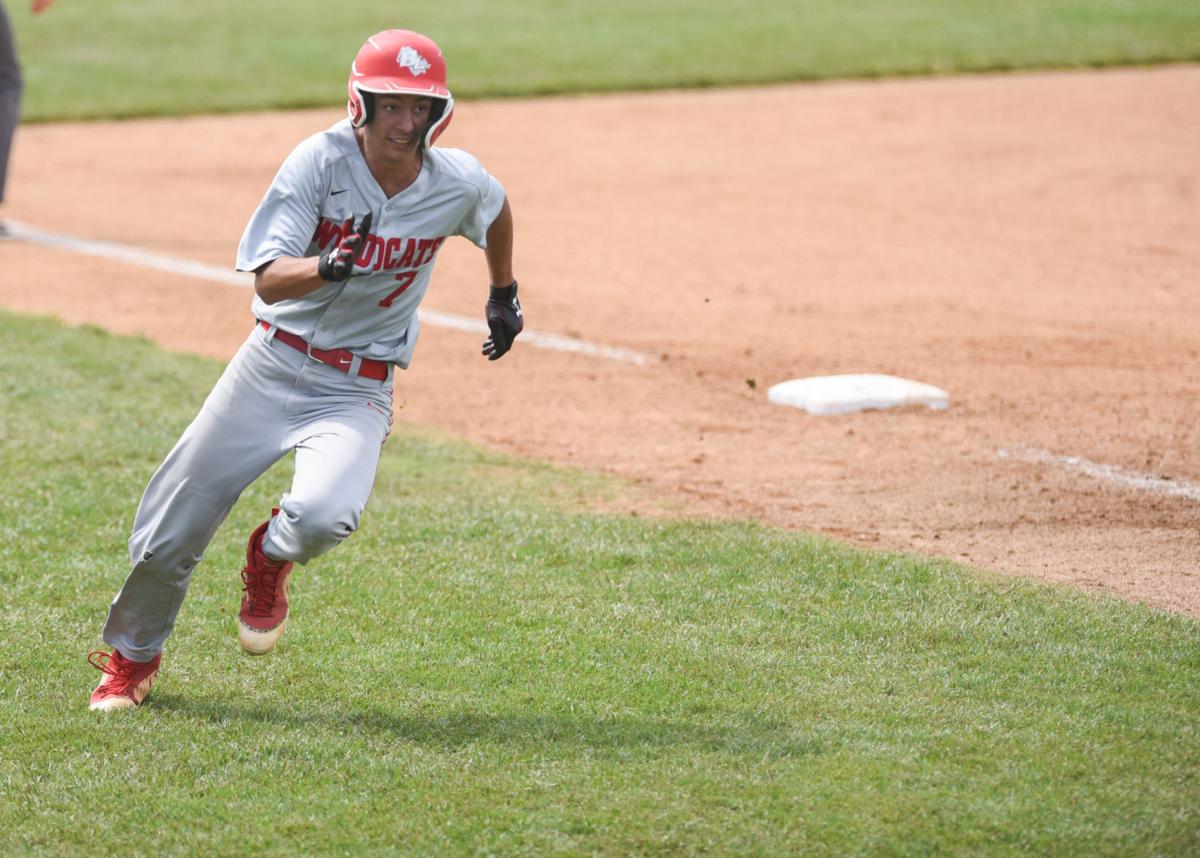 Rowan County shortstop Chase Alderman throws a ball hit by Ashland's Richie Hall for an out during the first inning at Alumni Field in Ashland on Tuesday. KEVIN GOLDY | THE DAILY INDEPENDENT

Armitage and Collins coach baseball at 61st District runner-up Bath County and defending district and 16th Region champion Rowan County, respectively. Unless you’ve been living on a glacier in Greenland or Antarctica the past six months, you know what event concerns them.

That would be the coronavirus/COVID-19 pandemic – the disease Johns Hopkins University says has killed more than 7,100 worldwide as of Monday evening.

And about 4,592,217th on the list of priorities, it is the yet-to-be-contained disease that caused the KHSAA to institute a dead period through April 12.

“Obviously, this is unprecedented times with what’s going on,” Collins said. “Everything focuses on the safety of our kids.”

“Bottom line is, all the facilities around here are shut down,” Collins said. “We used the city park, the city has closed it, so we can’t go down there.”

Rowan County and Bath County reached the regional tournament last year. Armitage said the Vikings are the favorites “until somebody beats them,” but Collins thinks Raceland and Boyd County are also contenders – if the season ever starts.

“We’re hoping, in a couple weeks after the (KHSAA) ban gets lifted, we’ll be able to go back to playing baseball,” Collins said. “That’s our hope, anyway.”

Collins nevertheless would’ve liked to have seen everyone together.

“Obviously, you’d like to get together as a team where you’re able to watch them and give them instructions on how much we want them to do so that they don’t go over and try to do too much too early,” he said.

Moore and Alderman are similar; Collins says they both have good breaking balls.

Goodpaster and sophomore Wyatt Welte are the the likely third and fourth starters. “Nathan came in and got some games for us last year,” Collins said. “Wyatt’s a little crafty lefty that’s been doing really well for us this year early.”

Leuenberger and senior Nicholas Eastham could also get some innings. The Vikings are less settled at catcher; Collins said Eastham and sophomore Jacob Plank are likely replacements for 2019 graduate and Tusculum University freshman Corey Binion.

As for the rest of the lineup … “We don’t know all that yet,” Collins said.

Armitage didn’t say so verbatim, but the 2020 season is hard to predict for one reason – nine seniors graduated. It is, however, an Owingsville equivalent to the Licking River east of town.

“We’re still very fluid,” Armitage said. “I’m not going to mention any of the young guys’ names because from day to day, it could be a different lineup.”

Winning 20 this year, however, might remind you of the title of Travis Biggs’ 1975 boogie/jazz-funk/jazz album. It’ll be a “Challenge” because nine seniors graduated.

“So this year wasn’t a rebuild, it’s kind of a restart,” Armitage said. “We’re returning some good players.”

“He throws a lot of stuff, he’s known for his off-speed,” Armitage said.

Until the season starts, Armitage and the Wildcats have to wait for what they will be a baseball equivalent to Andra Day’s 1985 song “Rise Up.”

“By the end of the season, whenever the season is, I feel like we’ve got a group that’ll kinda rise to the occasion,” Armitage said. “We’ve got a group of super-competitive young ballplayers a lot of people have never heard of.”

That’s not diamond double-talk. Harper was an assistant to former coach Eddie Johnson from 2017-19.

“I love working with the kids,” Harper said.

The reason for Harper’s enhanced optimism is twofold: a stronger summer league program for the junior varsity team; and a pitching tandem – seniors Jaryd Masters and Chase Williams.

“It’s kind of exciting for us,” Harper said.

If the Wildcats start the season April 13, it won’t be easy because the opening opponent is – Rowan County in Frenchburg and in Morehead the following day.

Panthers coach Austin Hart wasn’t sure what to tell his team.

“I told my guys, ‘I don’t even know what it looks like on (April) 13th,” he said. “Are we going to have to be able to play a game on the 13th, or are we gonna have a week’s worth of practice? Either way, we’ve gotta stay in shape to be ready for that week we come back.

“I gave them a workout plan they can do on their own at their house.”

Last season’s 7-21 season included nine mercy-rule losses and four extra-inning setbacks. Hart is hopeful this year partly because of what he saw in a March 11 scrimmage against Pendleton County.

“I think we’ve got a lot of pitchers this year, a lot of good pitching,” Hart said. “Within three hours of a scrimmage, we still didn’t get through all of our varsity pitching; that was a highlight.”

“Three sophomores threw really, really well for us,” Hart said. “They’ve all got pretty good off-speed pitches, their fastball is pretty accurate this year. They’ve all got a changeup; they’ve all got three pitches to work with.”

Junior Buddy Morgan is the catcher. After him is a senior-laden lineup: Jacob Werline starts at first base, Jonathan Maher at shortstop, Tyler Jamison in left field, and Carsen Gulley in right field.

One thing, however, is missing.

“I don’t have a left-handed kid on the team,” Hart said. “I had (2017 graduate) Harrison Fryman three years ago, and that’s the only (southpaw) kid I’ve had, any position.”

Coach's outlook: “We did lose seven seniors off of last year's team, five starters. We do have some key pieces to fill.”

Where season ended: Regional first round

Coach's outlook: “We have a lot of new faces in seven new places, but we have talented guys that I feel can step in and remain competitive.”

Where season ended: District first round

Coach's outlook: “The kids have been working hard all winter. They're so hopeful about the season 'cause this is gonna be probably one of the best teams we've had in several years.”

Where season ended: District first round

Coach's outlook: “I graduated zero seniors last year. This year, we were looking to make a run at the regional tournament.”