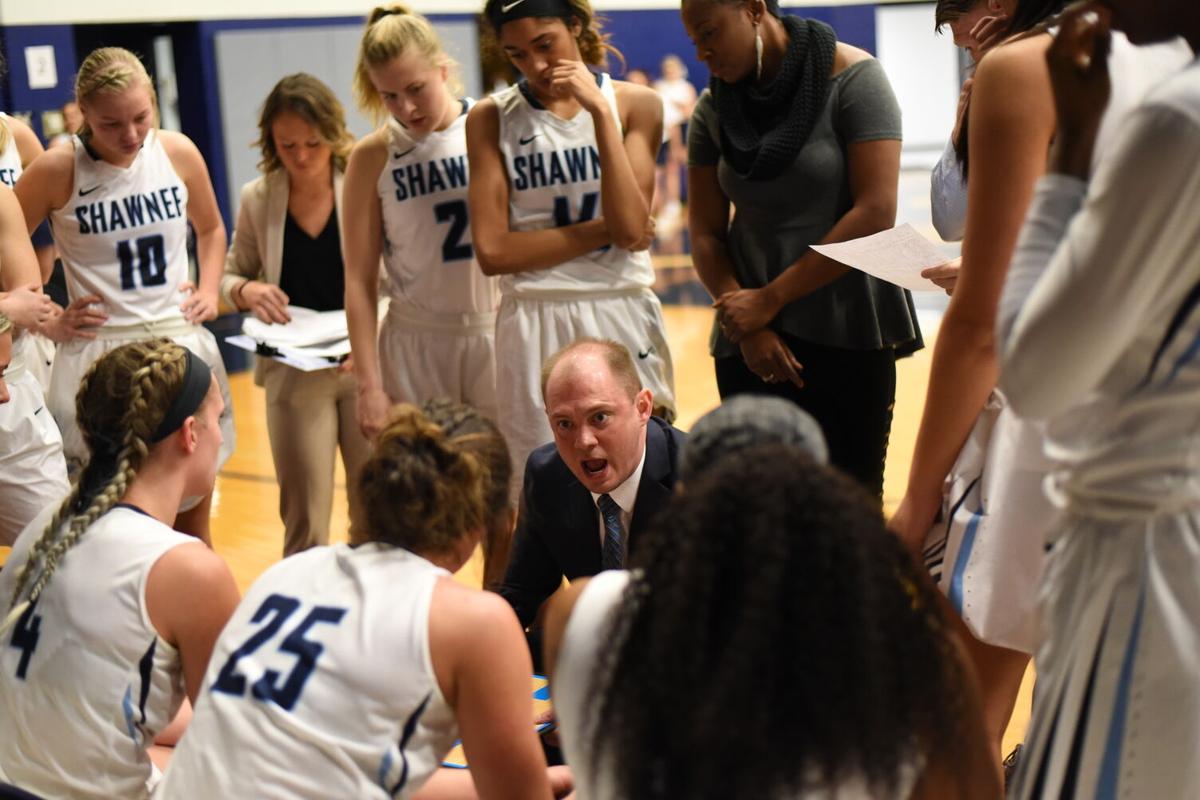 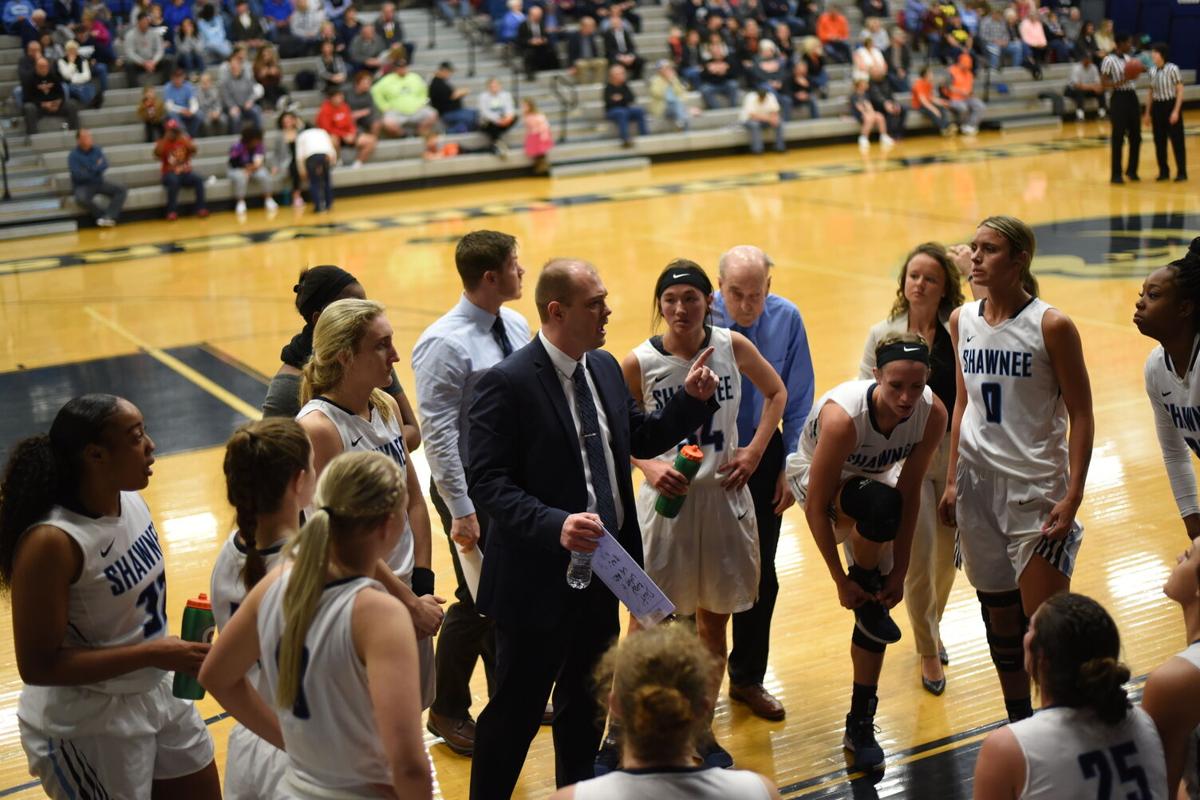 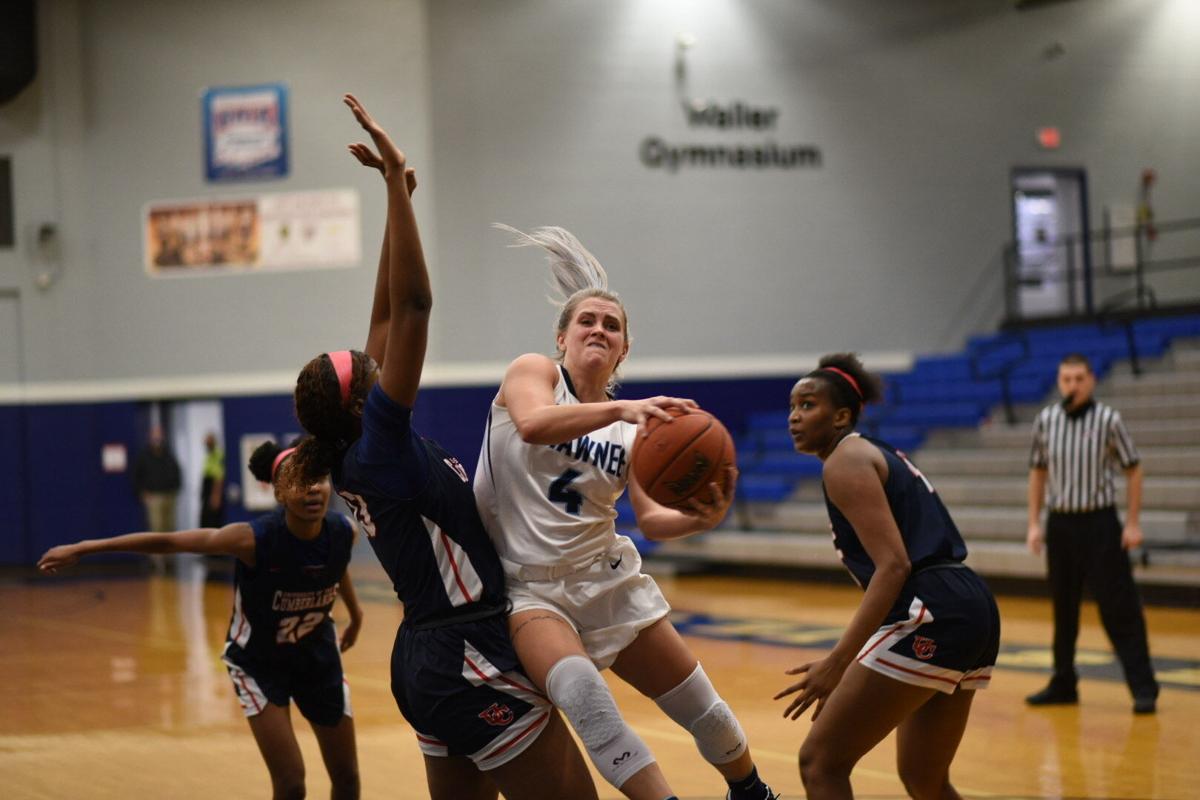 Shawnee State’s Brandie Snow works in the lane during the Bears’ 77-69 victory over Cumberlands on Dec. 31.

Shawnee State’s Brandie Snow works in the lane during the Bears’ 77-69 victory over Cumberlands on Dec. 31.

PORTSMOUTH Jeff Nickel, at least so far, is a coaching lifer, and he has 206 wins and counting on the college level to show for it.

Nickel, 39, began coaching basketball at 18 at McKell Middle School. He now pilots the women’s college basketball program with the highest winning percentage in Ohio, just across the river at Shawnee State. He’s accumulated wisdom through listening and experience in the time in between, but the basic tenets of coaching are the same whether you’re working with 10-year-old boys or 22-year-old women, Nickel said.

“You’ve gotta figure out, what can a kid absorb?” Nickel said. “That’s the thing I love, manipulating your offense and defense and scheming to bring out the strengths of your players.”

The South Shore native has done that well enough to build upon a Shawnee State tradition that includes a national title and another national runner-up finish. The Bears picked up their 200th victory under his stead in November and have kept on going to a No. 7 ranking and an 11-2 record.

Those results display Shawnee State’s perseverance in a season that began against the backdrop of being cost what Nickel called a legitimate shot at a second national crown last season, when the NAIA national tournament was canceled at its outset due to the COVID-19 pandemic. And the Bears were shut down again for 16 days, Nickel said, after Thanksgiving after a member of the program contracted the virus.

Through it all, Shawnee State kept winning. Occasionally, that has meant celebration, such as Nov. 12 at Rio Grande, when the Bears beat their river rival, 85-63, to secure their 200th victory under Nickel.

And often, especially in these unusual times, it comes with far less fanfare, such as a New Year’s Eve matinee that epitomized the grind of coaching and playing small-college basketball, with only players, coaches, referees, support staff and media in attendance for a 77-69 victory over the University of the Cumberlands.

The path that led Nickel to all those days and nights at Waller Gymnasium started at age 2, when he began attending every Greenup County home football and basketball game, he said. It soon got better than that.

“When I turned 3, I got to go to all the road games,” Nickel said, “so if we went to Johnson Central, I went. If we went down to Virgie or something, I went.”

And he paid attention.

That fostered a love for basketball so strong that Nickel had a “Now what?” moment when his own playing career for the Musketeers ended in the 16th Region Tournament final in 2000.

“That really stuck with me because after we lost, it was just kinda like it was over,” Nickel said, “and I never really thought about what I would do if basketball was over, and I was like everybody else trying to figure out what I wanted to do about college. I just couldn’t leave the fact of, I’m not gonna be involved in it, you know?”

“You think back on things you did and tried to implement, and you just start figuring out how little you actually know,” Nickel cracked, “but gosh, it was just a lot of fun. ... I got ate up with it and started coaching every year.”

Nickel then followed his high school coach, Randy Ward, to Portsmouth Clay and got to call shots at the junior varsity and freshman levels. Being in charge of programs from such a young age accelerated his coaching education, he said.

“I was a head coach, and so I made a lot of mistakes,” Nickel said. “You learn a lot from that.”

Nickel, who also counts one season with Greenup County’s boys and two seasons skippering Portsmouth’s girls on his resume, broke into the college game when Robin Hagen-Smith, who had been Nickel’s professor as well as architect of the Bears’ sterling program, reached out to him.

“Once I coached college, I just love the speed of the college game,” Nickel said. “I love the shot clock. I love the aspect of improving. You’re getting kids that are a little bit older, they’re away from their parents, they’re trying to grow into adults, and that was always my niche.”

Nickel took over the Bears on an interim basis in 2013 when Hagen-Smith retired, and he kept the gig. He’s now in his eighth season, and this one has uniquely tested him and his team.

One example of their ability to handle that on the fly was on Dec. 31. Shawnee State dressed 10 players — they’d lost a few to various COVID-19-related reasons — against Cumberlands, and then had early foul trouble. That was before Division I “bounce-back” Anyia Pride, a former Cleveland State player in her second season in Portsmouth, got hurt in her 11th minute of play and sat the rest of the afternoon. (Pride has since returned to action.)

So the Bears turned to a fresh tactic.

“We got our bigs out with foul trouble, and they’re running two 6-3 kids,” Nickel said of the Patriots. “We were able to play a little small ball. We hadn’t done that. We hadn’t played five out; we haven’t practiced five out. We’re a power, pound-it-into-the-post-type team, but we were able to spread them out and go about it a little different way.”

Shawnee State’s Brandie Snow, listed at 5-foot-9, collected a career-high 35 points and 13 rebounds and Erika Hendrixson chipped in 11 points off the bench, including five in a 23-second span down the stretch, as the Bears held off Cumberlands’s charge.

“It was interesting, to say the least,” Nickel said of the improvisation. “I think the big thing is our kids are very resilient. We’ve gotten a lot better at getting coached.”

Nickel has done that well enough to earn the admiration of Cumberlands coach Rick Reeves.

“He’s a lot like a younger version of me,” Reeves said after the Bears’ win. “He’s very intense when he coaches. I don’t take any of that personally, and I’m intense still.”

That comically showed up as Nickel and Reeves traded good-natured barbs late in the game when Reeves pointed out to the officials the game was out of reach after what he thought was an unnecessary whistle.

Reeves’s endorsement carries more weight than the typical coach of a conference colleague might: he was a Division I head coach at Gardner-Webb, Liberty and Southern Miss and has led teams in four NCAA Tournaments.

“For 40 minutes, he’s trying to beat me and I’m trying to beat him,” Reeves said, “but after that, I feel like we’re good friends and I would do about anything for Jeff. All he’s gotta do is ask. He’s been one of the first coaches to reach out to me in this league, and I appreciate Jeff.”

Nickel pointed to the coaching relationships, such as his with Reeves and the mentorships he’s received from Ward and Hagen-Smith, as an aspect of his job he loves. He’s also happy when personal relationships cross paths with his job.

Nickel’s 200th win was more special, he said, because his son Carter was in attendance at Rio Grande that night. Carter is a sophomore at Lucasville (Ohio) Valley playing football and basketball, so Nickel wasn’t sure if he’d be able to come. He was pleasantly surprised.

“It just meant a lot to me to have him there with me,” Nickel said. “When you coach in college and you got a kid, you miss some things. You’re playing and he’s playing identical schedules a lot of times.

“To me, when you have a milestone, it’s about the people that sacrificed everything they did.”

Nickel’s parents and grandparents taught him “determination and character,” he said, and their influence made that win over the RedStorm meaningful, too.

“Anything I accomplish in this life is because of those people,” Nickel said, “because nobody got here alone.”

Exactly what you might expect a successful coach to say.