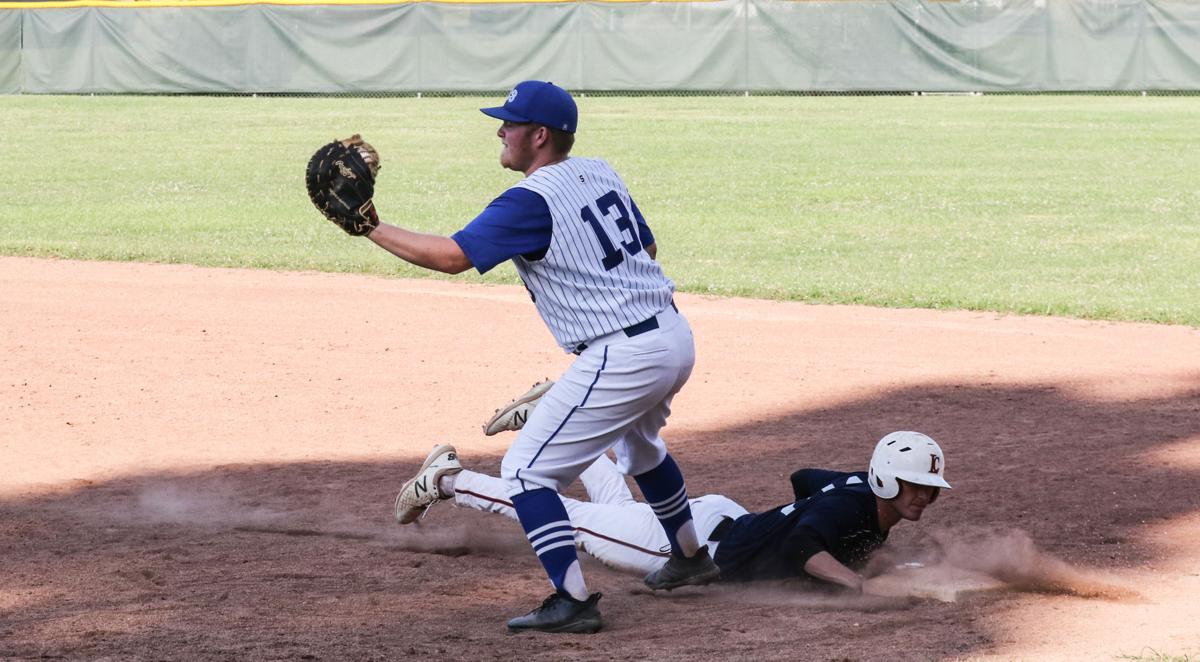 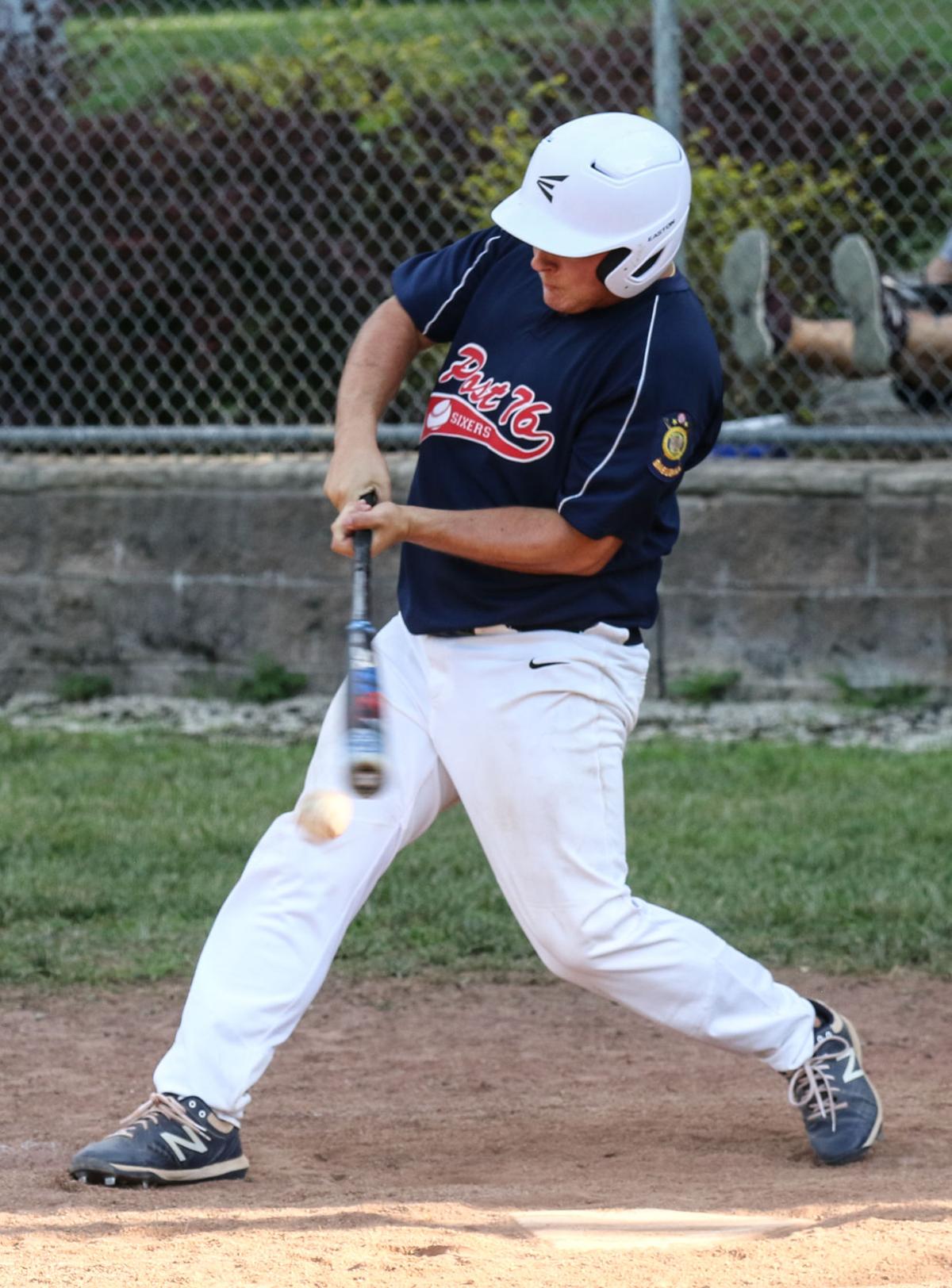 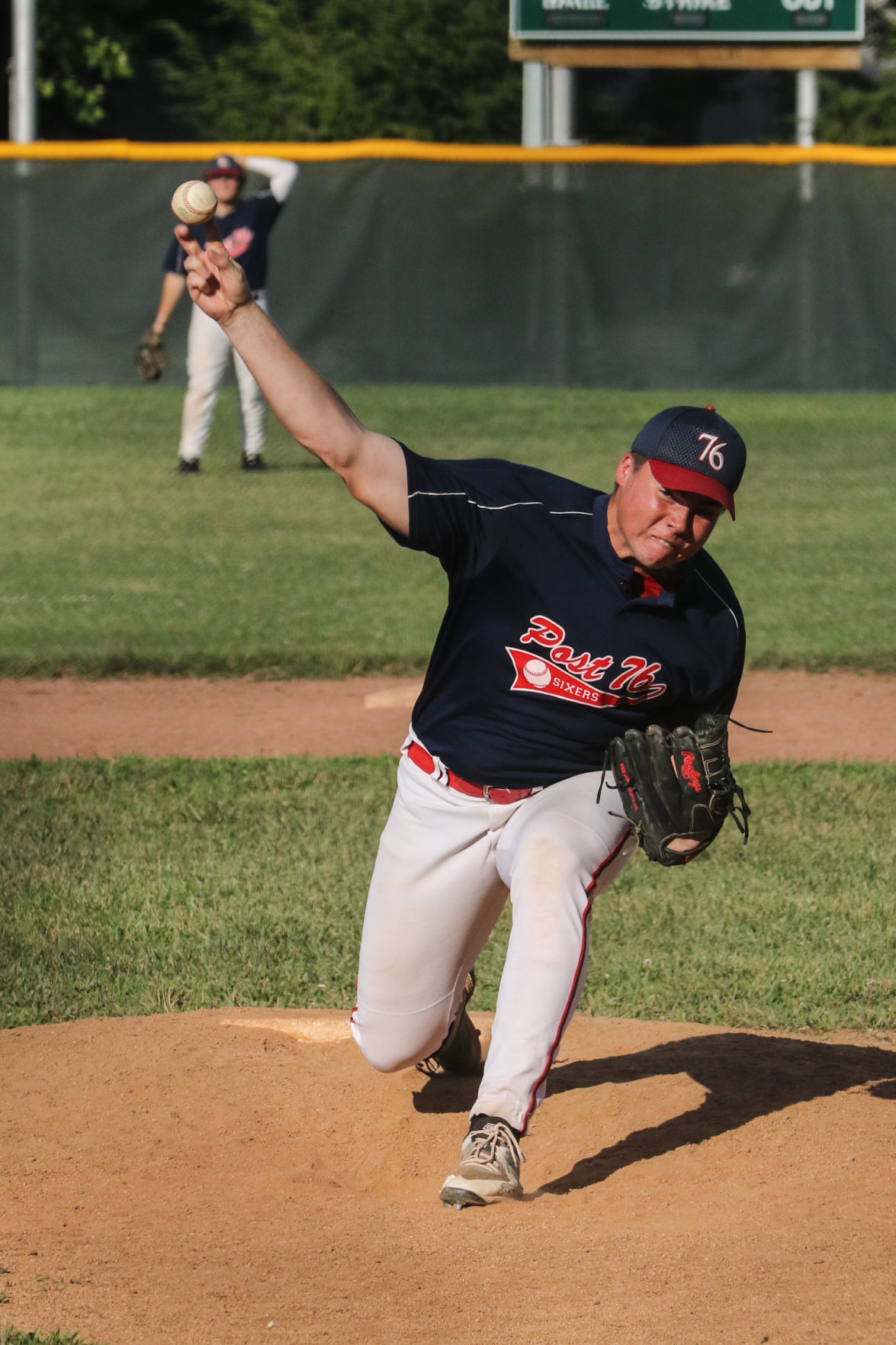 Post 76’s Jackson Feltner hurls a pitch toward the plate during the third inning of Tuesday’s game against Post 23. 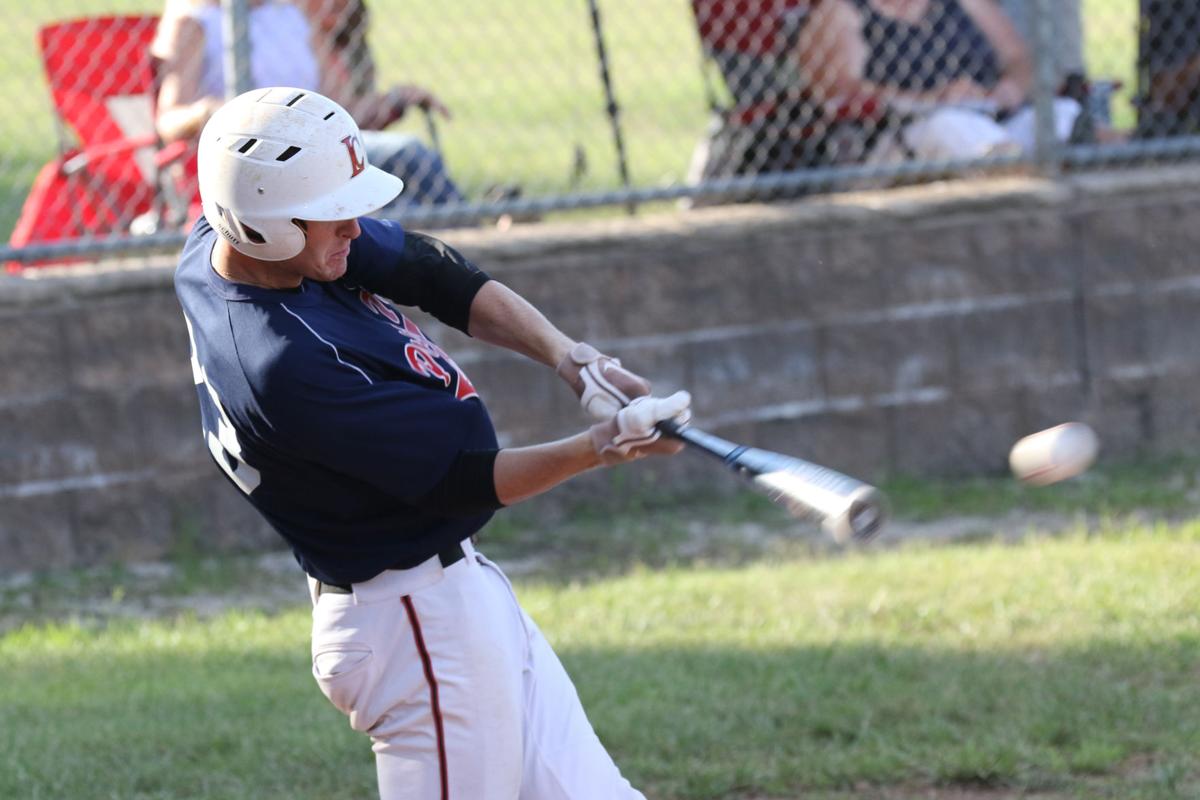 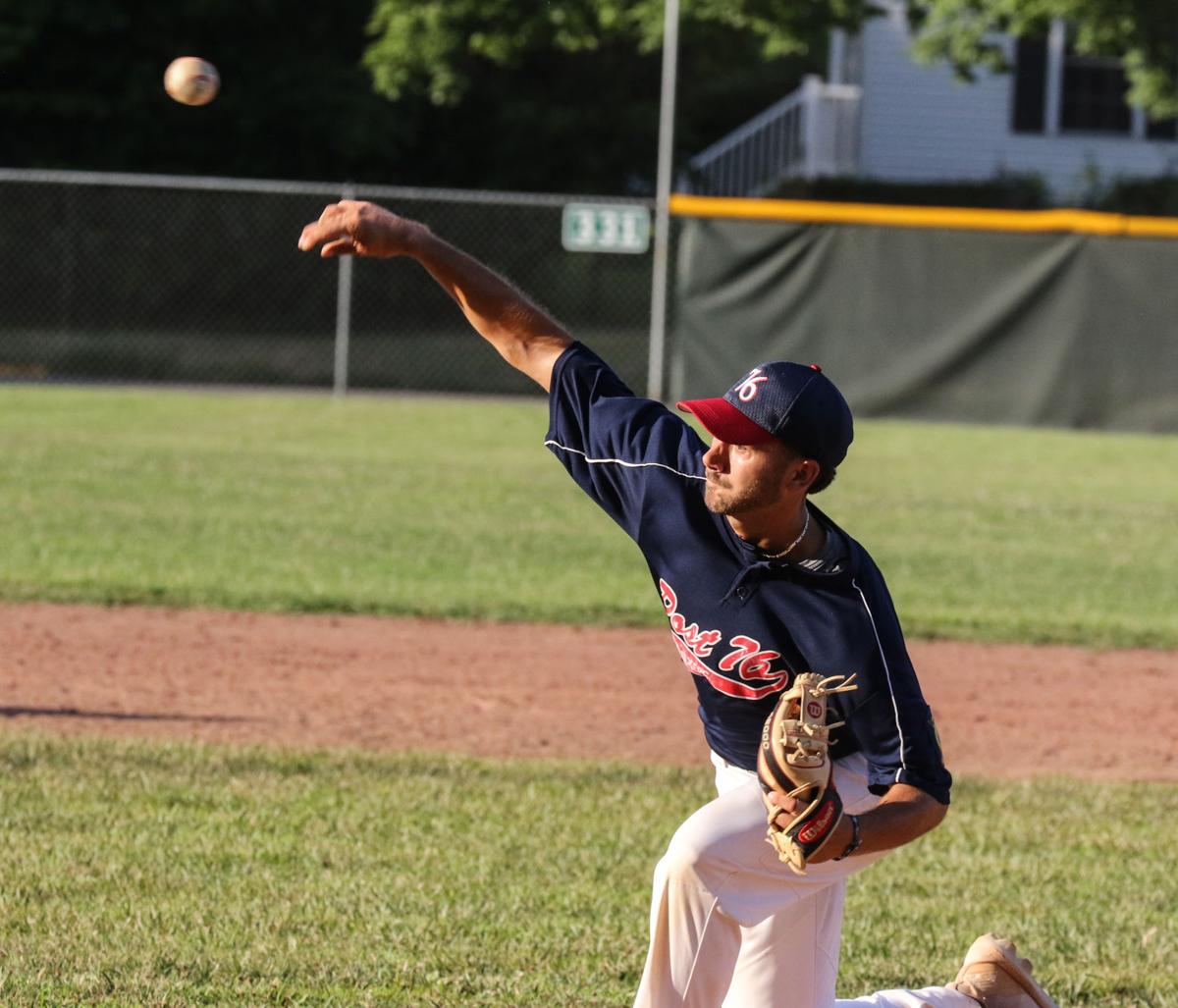 Post 76’s Jackson Feltner hurls a pitch toward the plate during the third inning of Tuesday’s game against Post 23.

That didn’t mean Zach Francis didn’t take it seriously when he was summoned to the mound in relief for Post 76.

The Sixers led 7-3 with one out in the top of the fourth inning, but Post 23 had the bases loaded for fifth-place hitter Cade McNeil.

Asked his mentality in that situation, “just don’t think about it,” Francis said, “and hope you don’t screw up.”

Having done exactly that — throw strikes — Francis induced consecutive fly balls to center fielder NeShawn Peppers. The first was a run-scoring sacrifice fly, but the result of the exchange was Post 76 out of the inning still ahead by three runs.

“I think Cade McNeil made a really good swing on the baseball right there,” Post 23 coach Drew Lowe said, referring to the first hitter Francis faced. “Center fielder made a great play, coming in to get that. It hurts momentum going forward for us in that situation. We think, a base hit in the gap scores two for sure, with the go-ahead run on second base and the tying run on third.”

Francis, one of seven pitchers for Post 76, was credited with the win in relief. He retired all five batters he faced, one via the strikeout but otherwise pitching to contact and trusting his defense.

“Just knowing how to play outfield,” said the Raceland product, who also spent time in right field, “it makes you feel a lot better, that guys (behind you), you can trust them.”

Seth Wright got the ball first for Post 76 and struck out two batters in an inning of work. The Sixers then tallied four times on six hits in the bottom of the first and led the rest of the way.

CJ Fairchild singled and  Maynard hit a ground-rule double to left-center to set the stage for their former Lawrence County teammate, Jackson Feltner. The Morehead State signee launched a one-out opposite-field double into the right-field corner to score two.

Ben Wilburn followed with a bouncing run-scoring single up the middle and Seth Mills produced a sacrifice fly for the big early cushion.

“That’s big,” DeLaney said. “That makes it a lot better, because when you’re batting 12, you don’t want to be fighting from behind.”

Post 76 listed 12 batters and Post 23 counted 13 in order to get everyone at-bats in preparation for the weekend, and the teams combined to use 11 pitchers. Post 76 goes to a wood-bat tournament at Whitaker Bank Ballpark in Lexington, while Post 23 starts Ohio’s Region 5 Tournament on Sunday.

Francis, bound for Rio Grande to continue his baseball career, has relished the opportunity to at least play this summer after the KHSAA canceled the spring season due to the COVID-19 pandemic.

“It feels great, honestly,” Francis said. “I wouldn’t have it any other way, to at least play some games before I go off to college.”