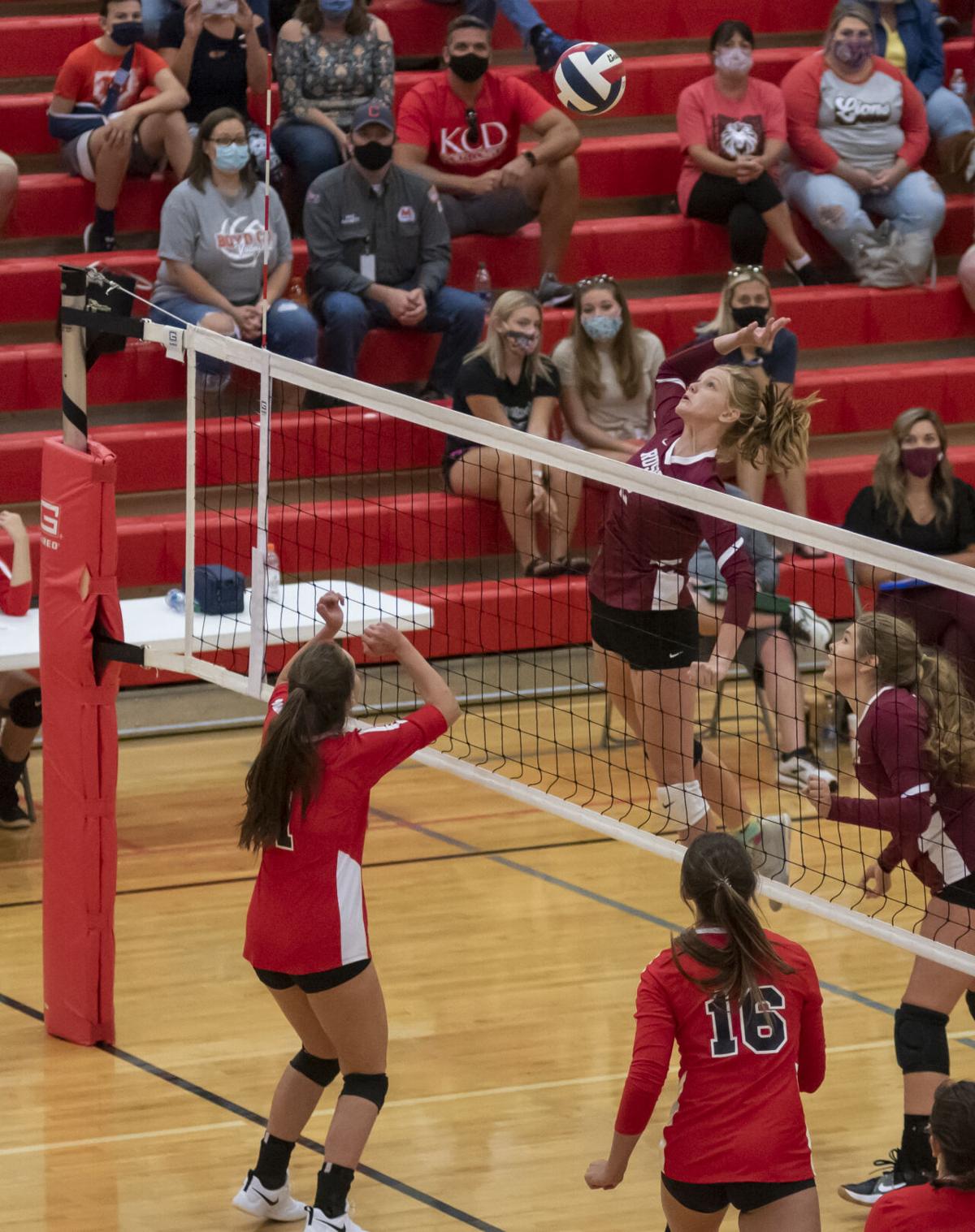 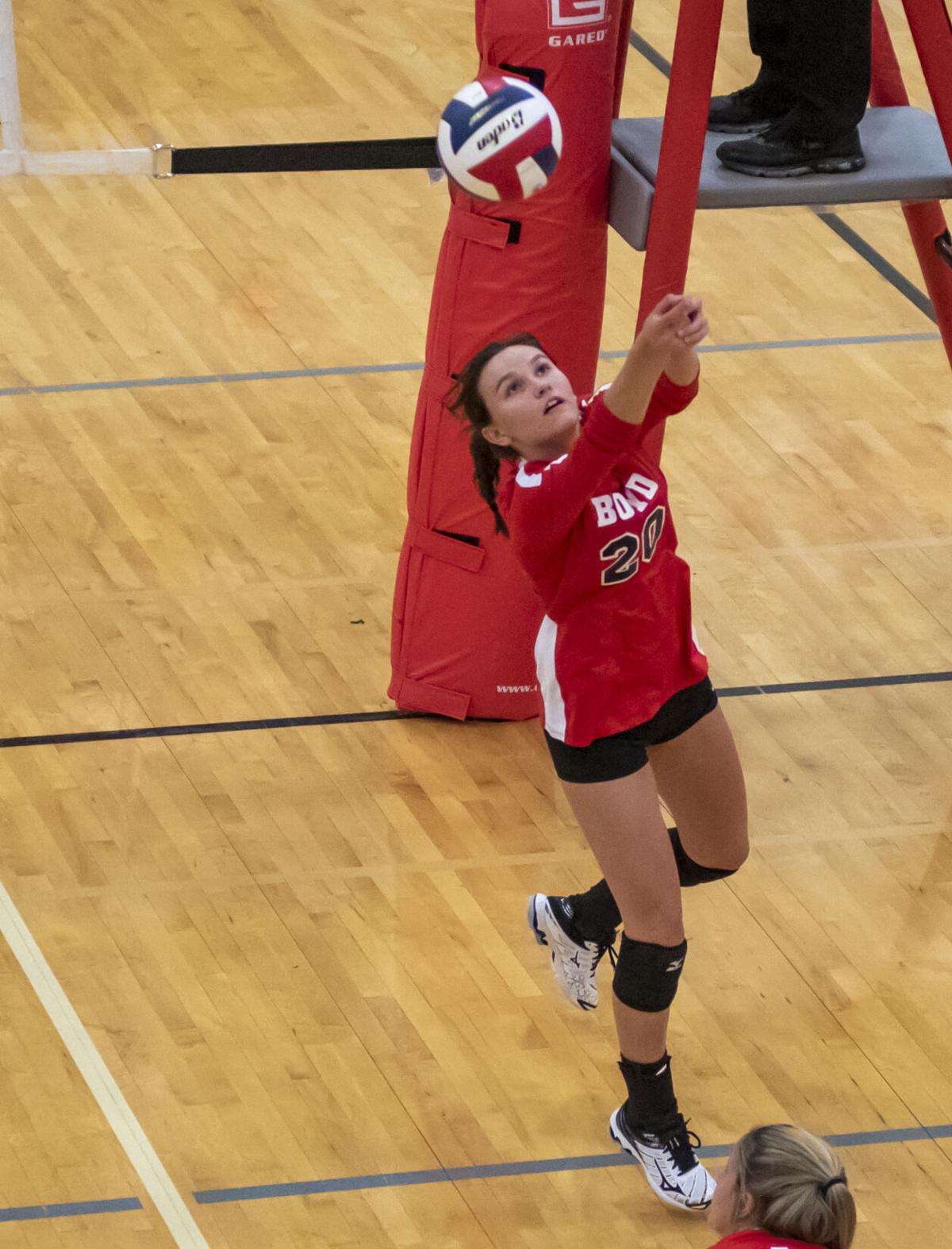 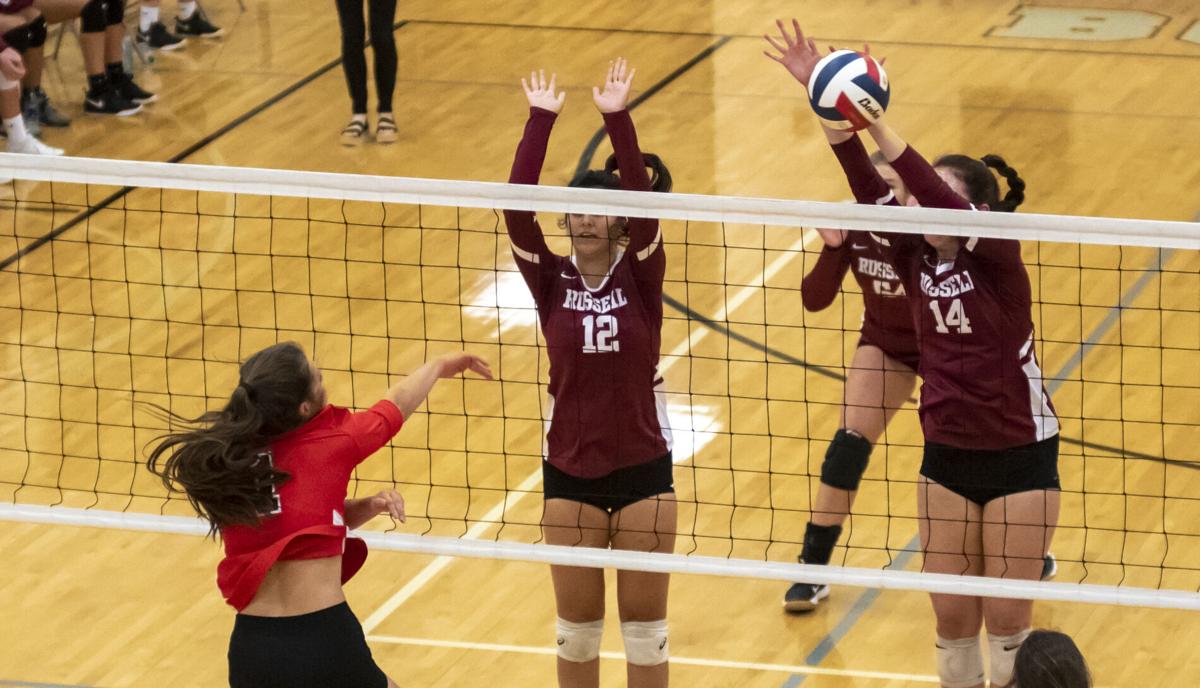 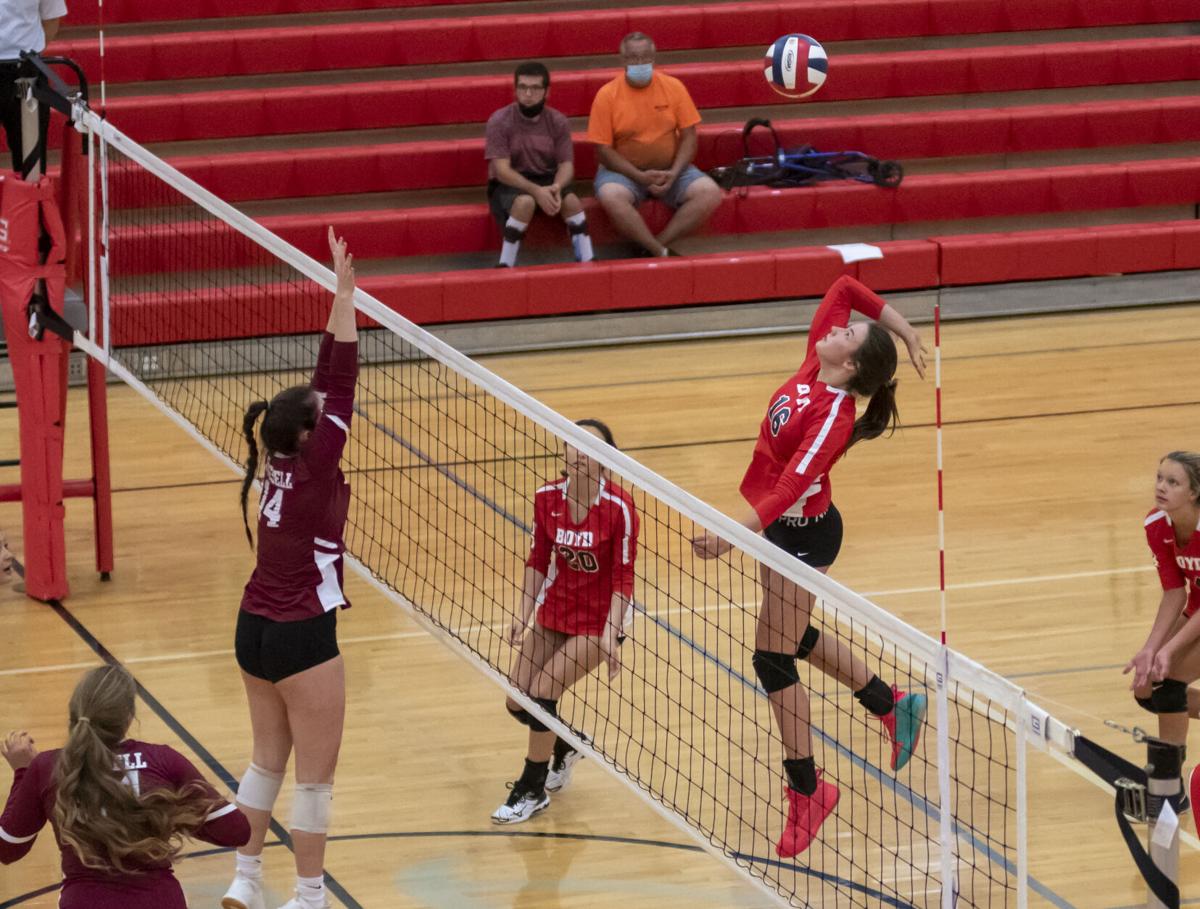 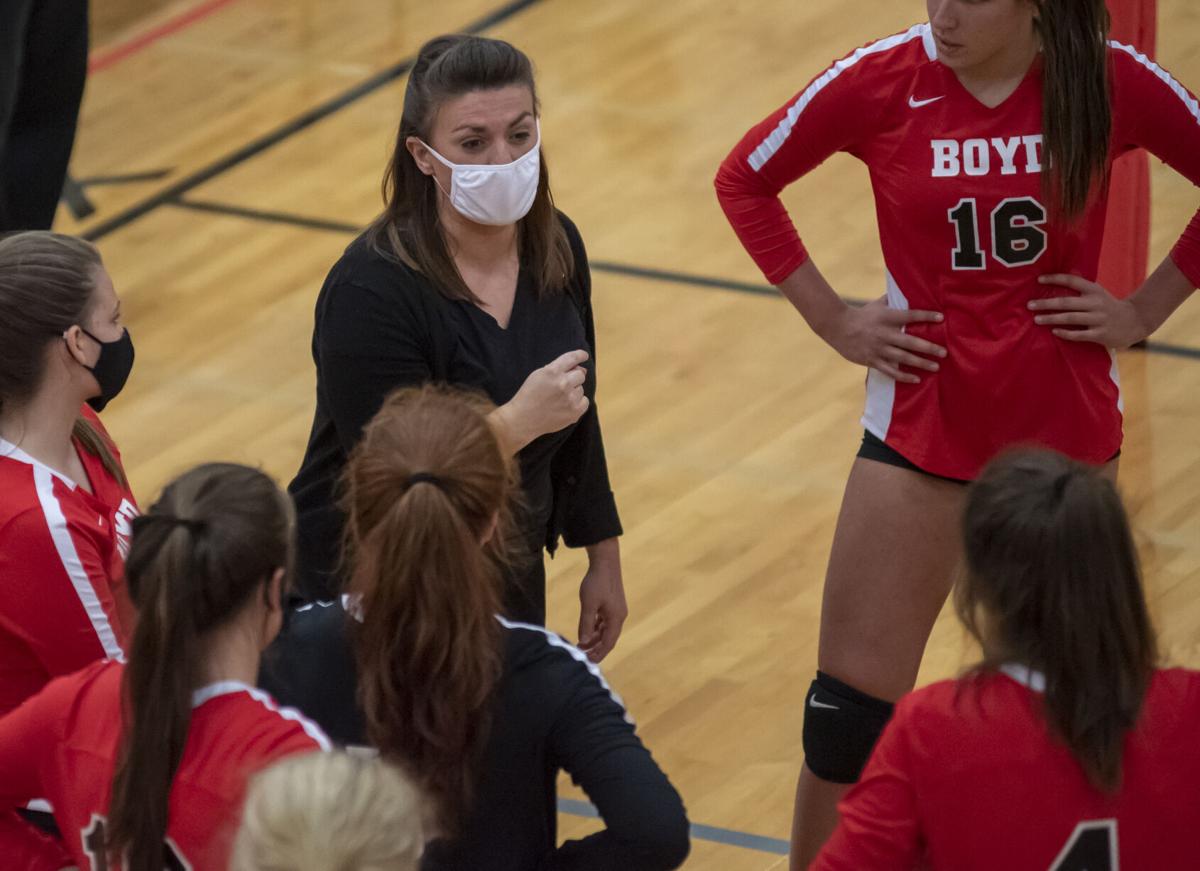 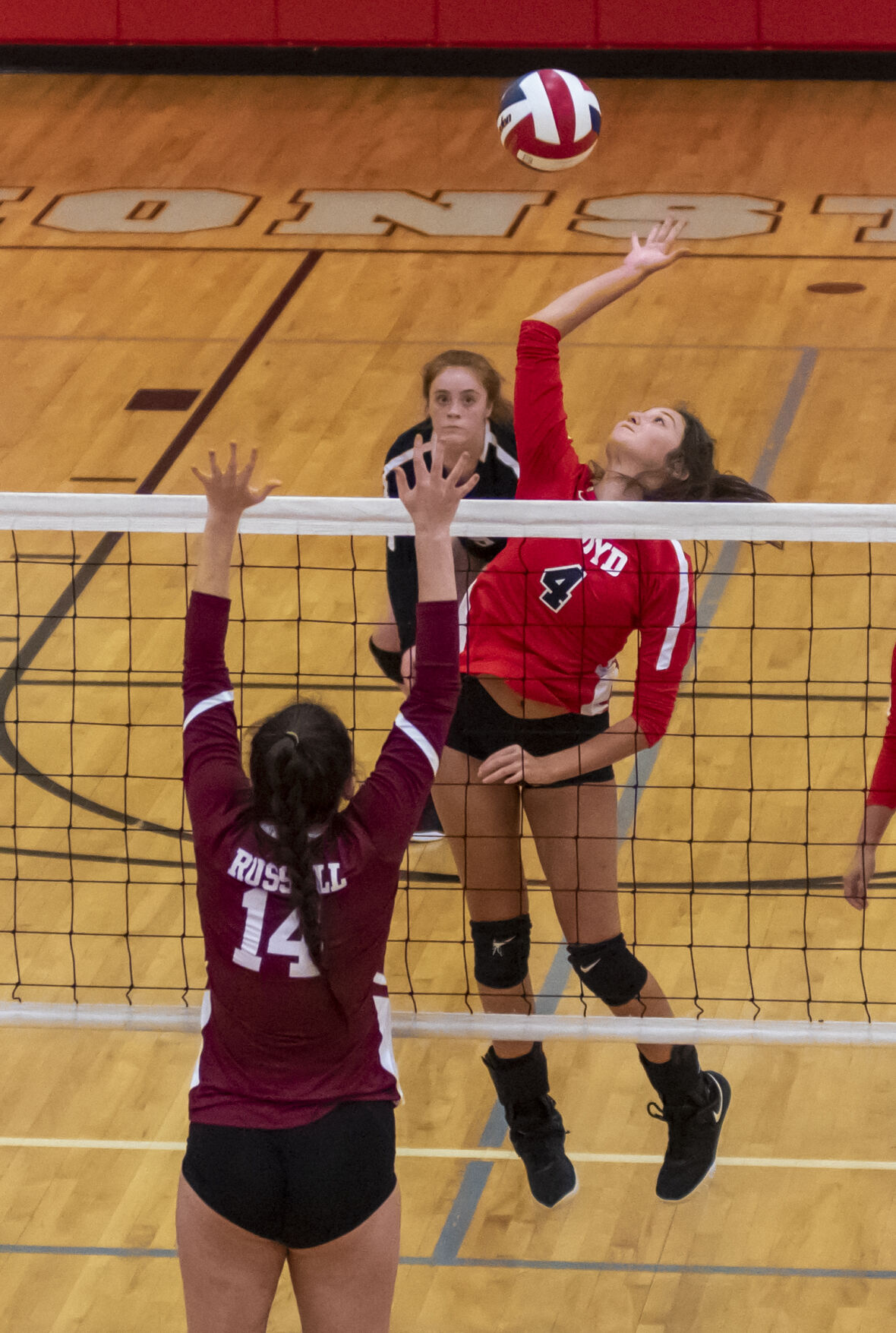 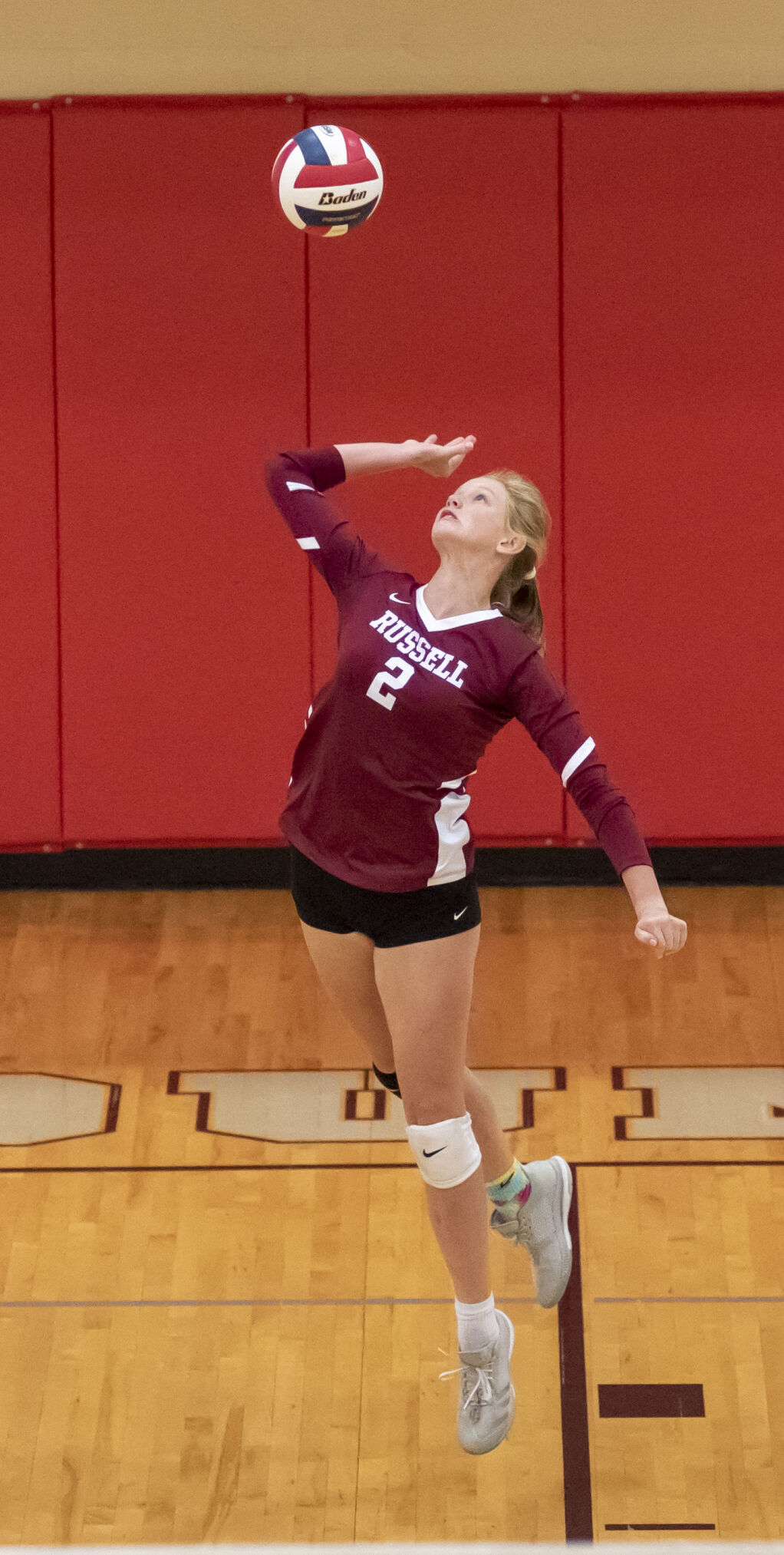 CANNONSBURG Russell showed it still had a little rust hanging around in its match with Boyd County Tuesday night at Boyd County High School.

McKenna Barfield and Christin Corey made certain to knock that off with dominance at the net that Boyd County could not slow.

“Christin is stepping up and playing the role she needs to play,” Russell coach Tiffany Perry said. “(Christin) and McKenna are pretty dominant.”

Back-to-back Emily Ruggles blocks opened a 9-3 Lady Devils lead that forced a Lady Lions timeout in Set 1. Boyd County answered the call out of the break to pull to within three twice in the set, but Corey would put the finishing touches on the opening stanza for a 1-0 lead.

Russell grabbed a 13-9 edge in Set 2 after Corey dropped in back-to-back aces. Boyd County responded with a pair of aces from Carly Mullins and an Emma Sparks kill to secure the lead for good and even the match at 1-1.

Barfield secured four of the first seven Russell points at the net to open the third set as she and Corey tallied three kills each in the set for a dominant 25-12 win.

Boyd County looked to even the match at two after Aubrey Biggs powered home a kill and an 11-6 lead forcing a Lady Devils timeout.

“They had to climb uphill and I hate doing that,” Perry said. “That’s always the most difficult thing to do. When you have to come up from a deficit and you have to score even more, that’s very difficult to do, especially against a team like Boyd. I told the girls to stop feeling sorry for themselves. You have to either pull it off or give it to them.”

The Lady Devils elected for the first option as they closed on a 17-4 run behind an onslaught of Barfield kills and blocks at the net. Barfield turned in her best set of the match, slamming home five kills and four blocks to secure the win.

“McKenna is really stepping up as a senior leader,” Perry said. “She just has a great attitude and I can see that leadership, maturity and a lot of growing this year that she has done. I’m so proud of who she is becoming on the court as a leader.”

Lady Lions coach Katee Neltner pronounced herself "pleased" with how things went in the season's outset.

"It’s difficult to go up against such a solid team first up with two weeks' prep time, but we showed signs of life — taking the second set and jumping on some leads early on in the other sets," Neltner said. "We have to use this season to improve and learn to finish. Props to Russell, they are solid as always."