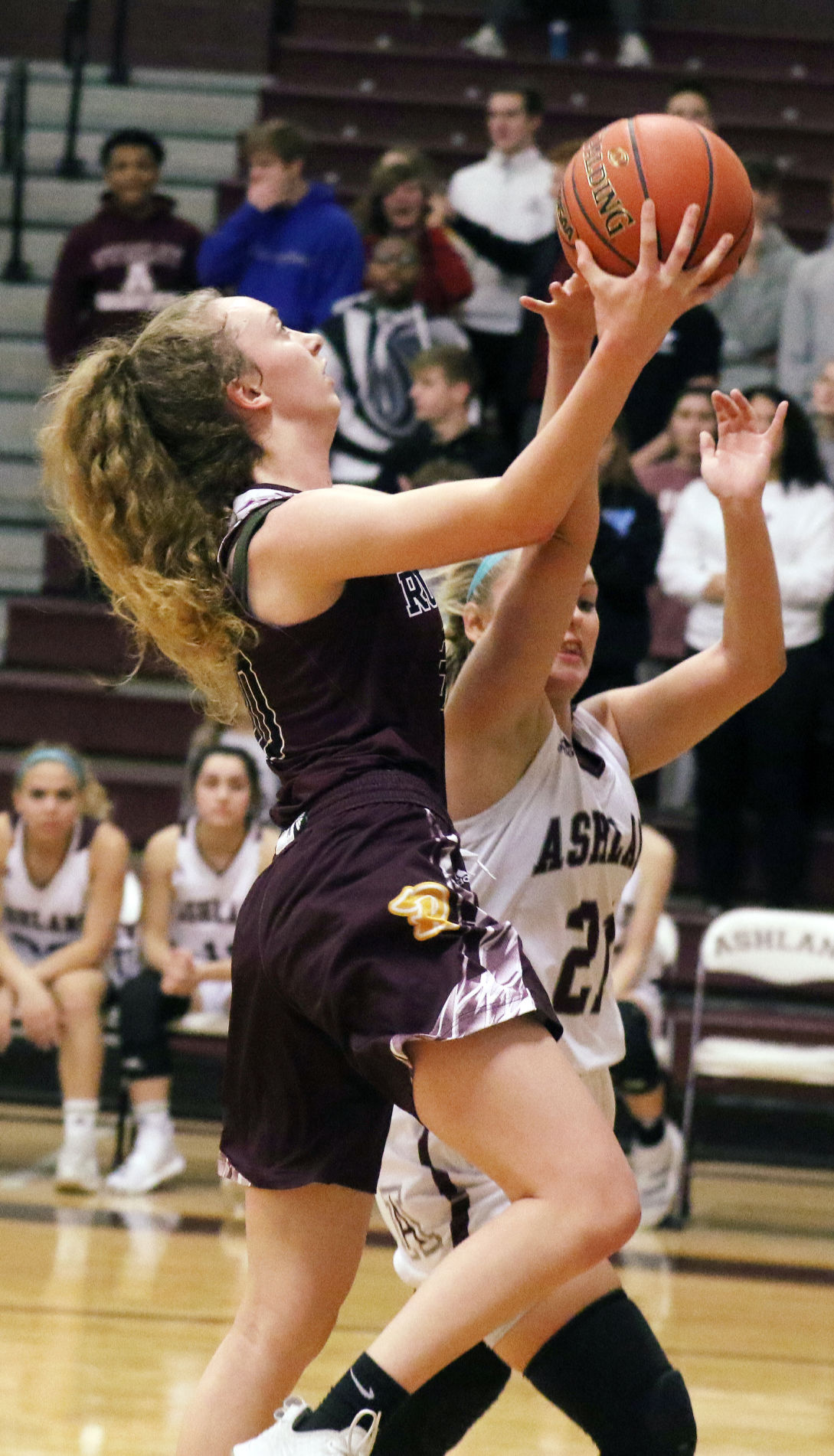 Matt Jones | The Daily Independent Ashland’s Mikayla Martin finds space in the lane in the first quarter of Thursday’s game against Russell. 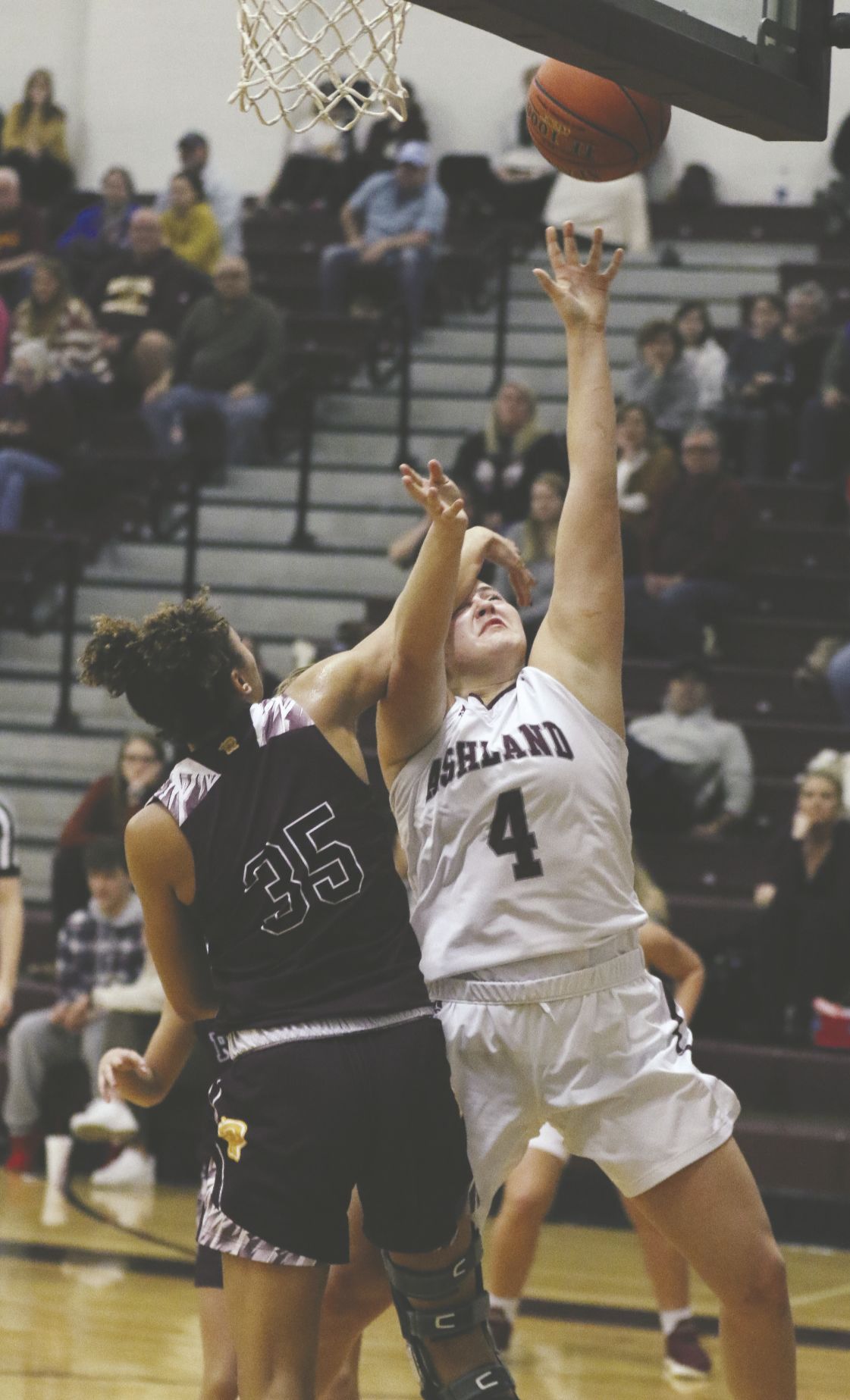 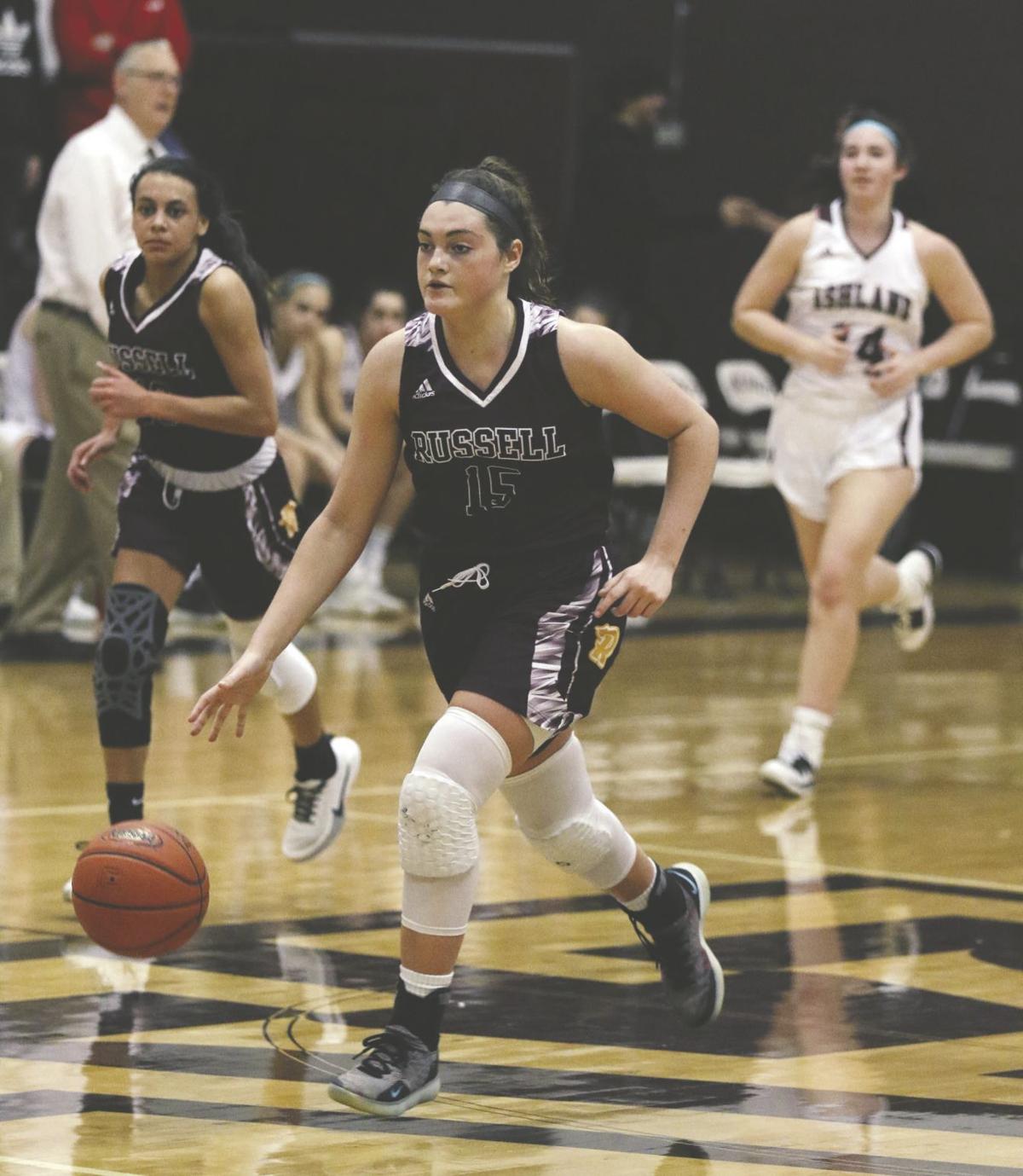 Matt Jones | The Daily Independent Russell’s Kaeli Ross leads a fast break in the second half of Thursday win at Ashland. 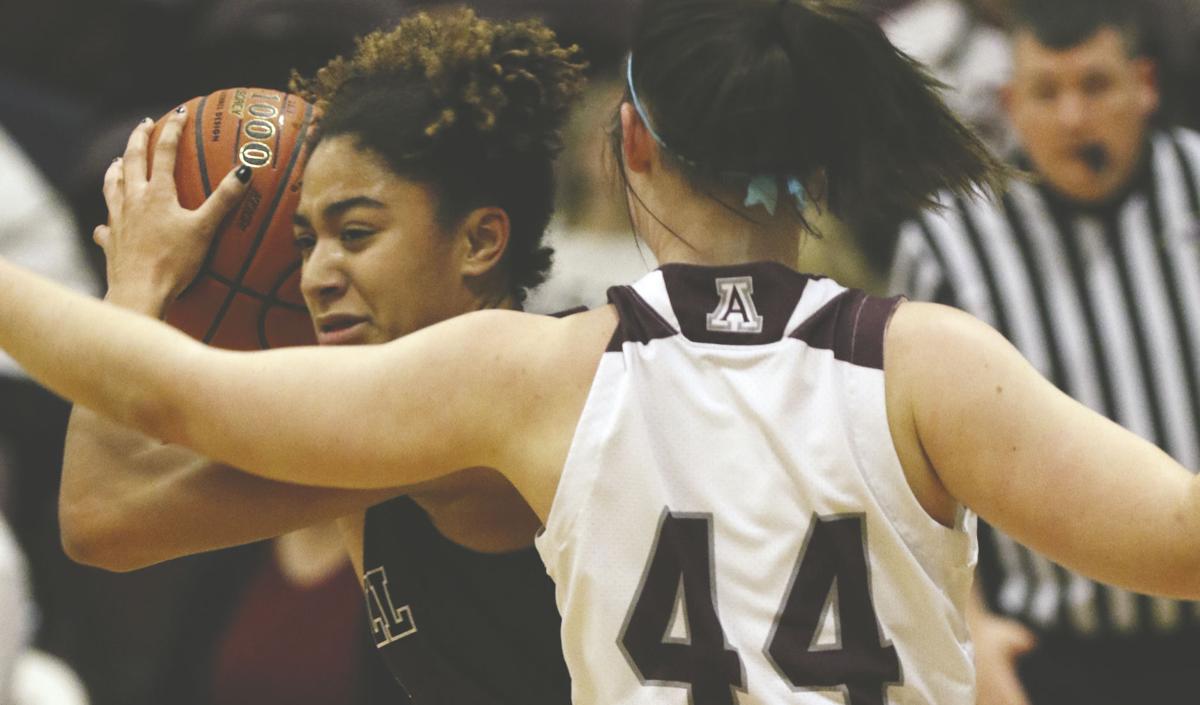 Matt Jones | The Daily Independent Russell’s Aubrey Hill looks for space to pass the ball while being guarded by Ashland’s Mikayla Martin. 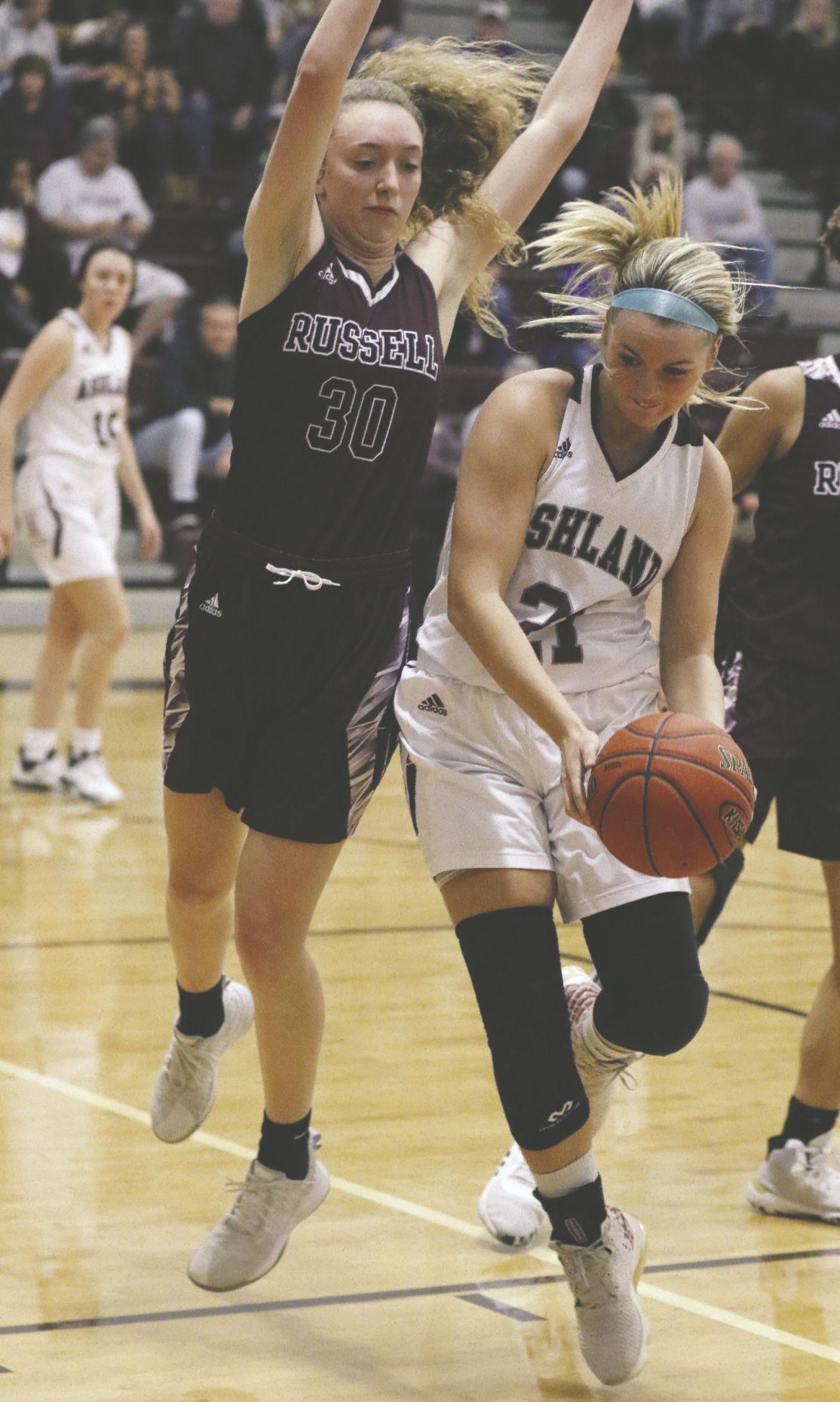 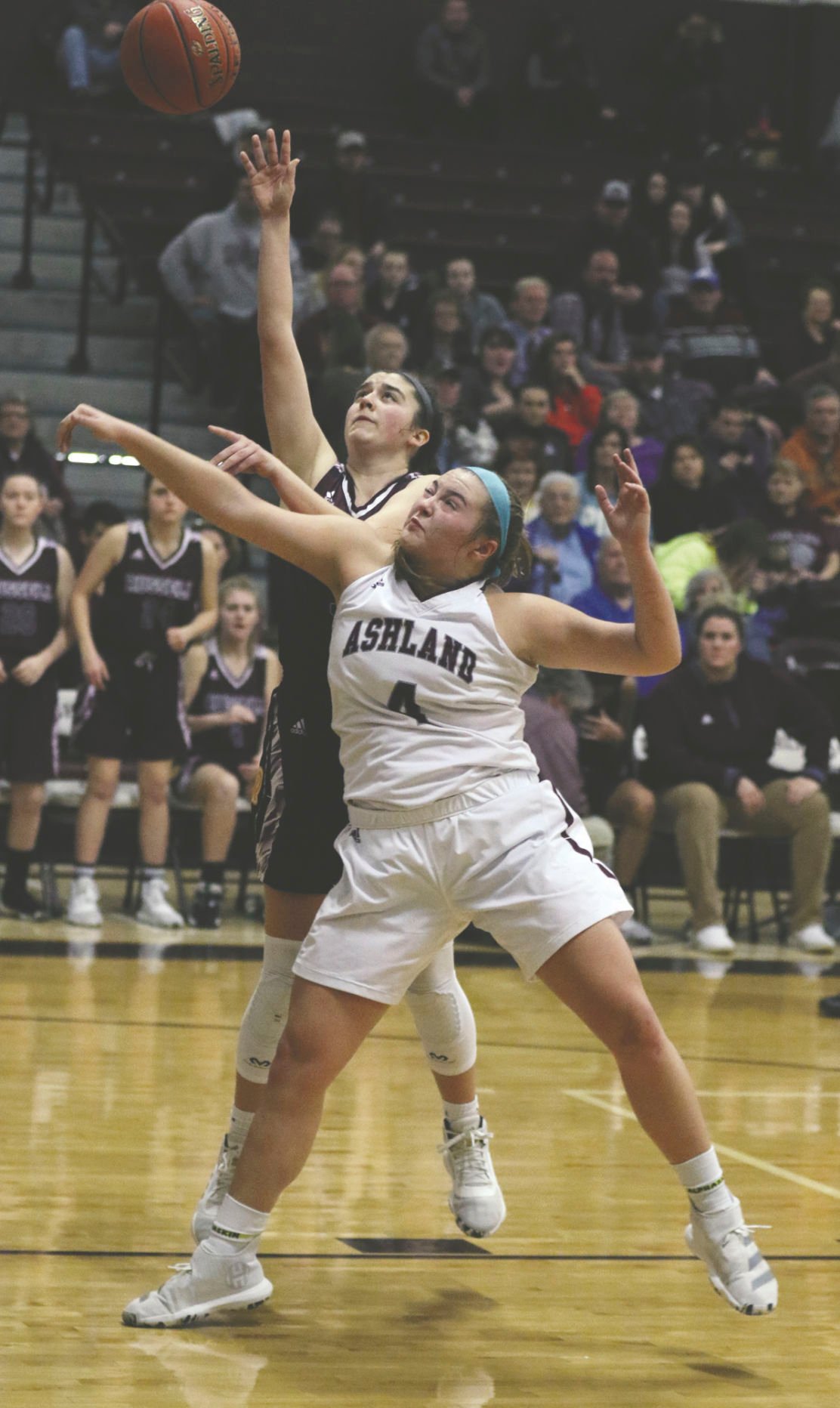 Matt Jones | The Daily Independent Ashland’s Mikayla Martin finds space in the lane in the first quarter of Thursday’s game against Russell.

Matt Jones | The Daily Independent Russell’s Kaeli Ross leads a fast break in the second half of Thursday win at Ashland.

Matt Jones | The Daily Independent Russell’s Aubrey Hill looks for space to pass the ball while being guarded by Ashland’s Mikayla Martin.

ASHLAND The Russell varsity girls basketball team played its customary game of “knockout” during halftime of the junior varsity game on Thursday night against Ashland.

It was fitting, as the Lady Devils had knocked the Kittens out of last year’s 16th Region Tournament, and would go on to knock off Ashland 49-44 in a thrilling defensive battle at Anderson Gymnasium.

“Usually when we play them it’s always in the 40s,” Kittens coach Bill Bradley said. “It doesn’t matter, it’s a grind out game and it just matters who can hit a couple shots and free throws.”

Early on, it was all Ashland.

The Kittens stymied Russell through the first 3:45 of game time, limiting the Lady Devils to 0-for-4 shooting and forcing four turnovers.

Ashland led 9-4 after one thanks to six points from Mikayla Martin, who established her presence inside early.

“She’s a warrior, and she was doing it on both ends of the floor,” Bradley said.

Russell tied the score with 4:20 remaining in the second period, but Ashland’s Julia Parker went on an 8-0 scoring run herself over the next two minutes to put the Kittens ahead 19-14.

“We were able to contain everyone else which was huge for us tonight.”

Parker finished with a game-high 27 points, going 6-for-9 from beyond the arc. Her teammates finished 0-for-5 from 3-point range.

Ashland led 21-17 after a tightly contested first half.

In the third quarter, Russell’s dominant defense was on display. The Lady Devils forced 10 Kittens turnovers in the frame, and held Ashland scoreless for nearly six minutes of game action before Morgan Bradley broke the ice at the free-throw line with 2:06 remaining.

“I was just so proud of my team’s defensive effort tonight,” Layne said. “We’ve really been getting on to them about helping, and not just worrying about who you’re guarding and overall I thought we just really put it together there in that second half.

“Best defensive half we’ve had.”

Russell pressured the basketball and was able to force Ashland’s younger guards into some costly mental mistakes.

“That’s just experience. Our guards lack experience, and they had Shaelyn (Steele) out there and (Kaeli) Ross, that’s two All-Area players.”

While Steele and Ross were two Lady Devils players who stood out throughout the night, others emerged in the fourth quarter.

Eighth-grader Bella Quinn posted four points in the final quarter, and Malia Blevins opened the frame with a big 3-pointer to start the Russell scoring.

“Bella Quinn was huge,” Layne said. “Her confidence had been down a little bit, so it was great. She did a great job playing defense on the ball and a couple of the passes and scores and drives to the basket that she made.

“Another kid that I’m really happy about is Malia Blevins,” added the coach. “She stepped up and hit some huge shots, and I thought she did a really good job overall on Parker.”

Parker posted 10 points in the fourth quarter, but it wasn’t enough to overcome the 20 that the Lady Devils posted as a team.

“I thought Julia really, really battled tonight,” Bradley said. “That was one of her best games ever, we’ve just got to give her a little more help next time.”

Russell (8-5) picked up their fifth 16th Region win of the season. The Lady Devils host Scott on Saturday.

Ashland (10-4) fell for the second time in its last four games. The Kittens hit the road on Monday night to face off against Boyd County.