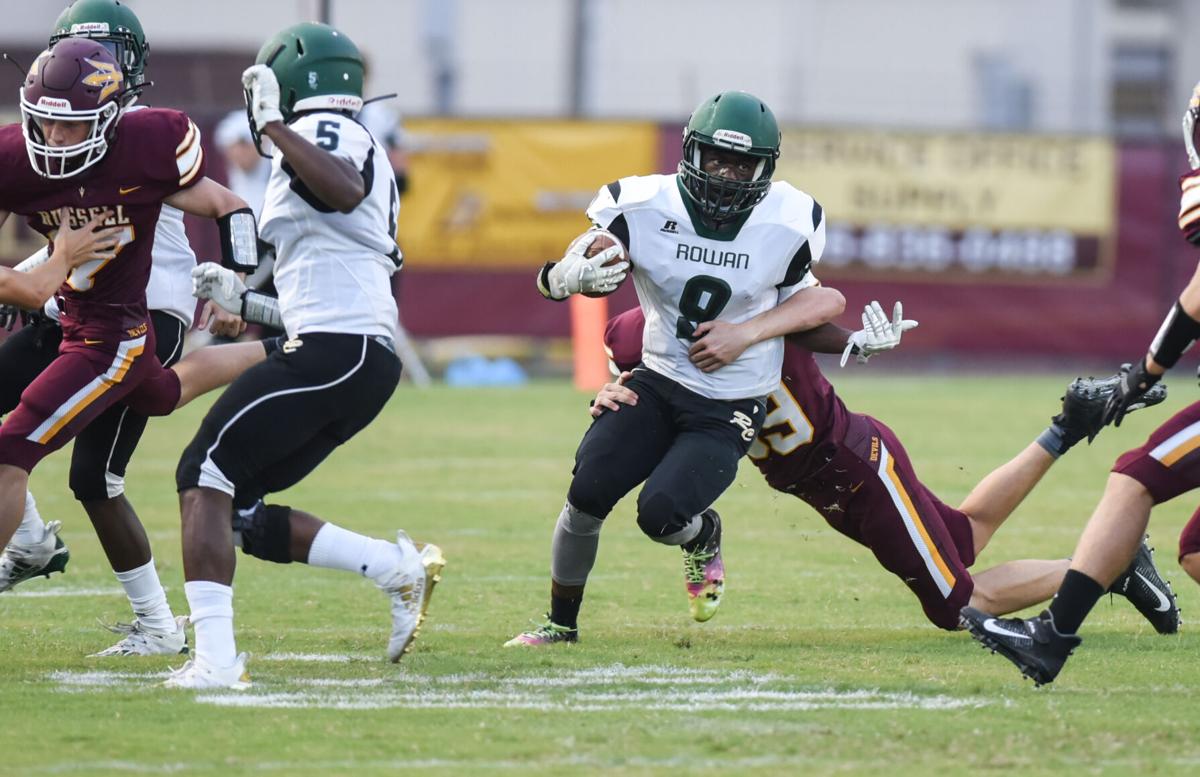 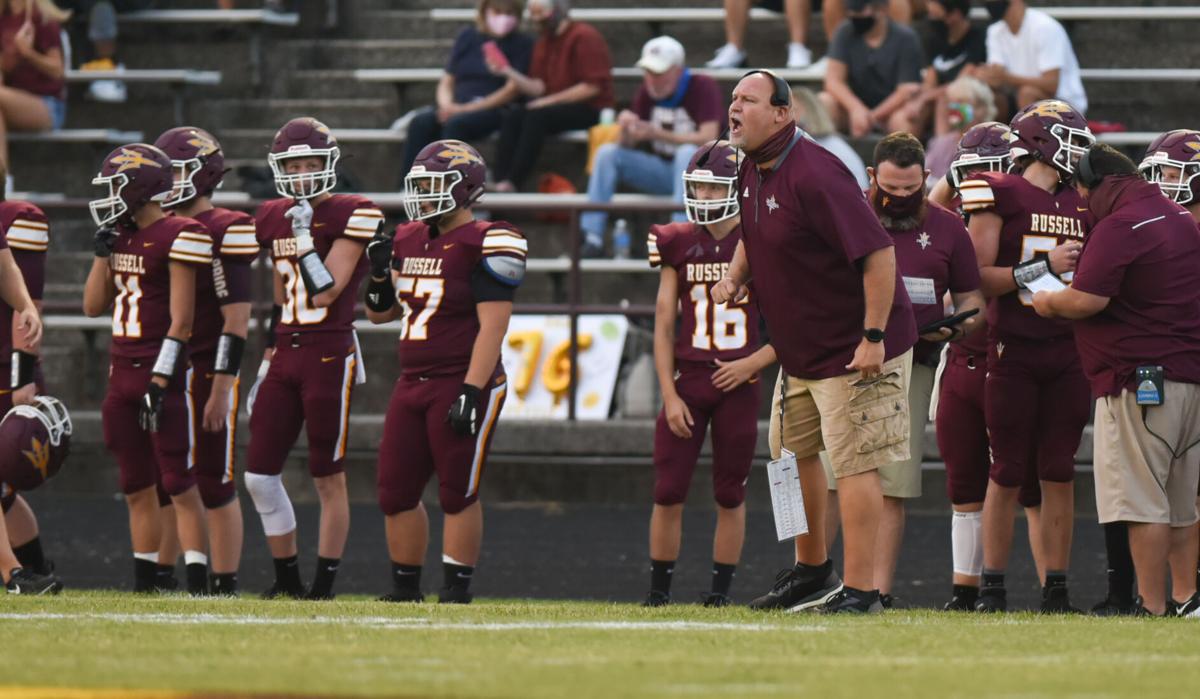 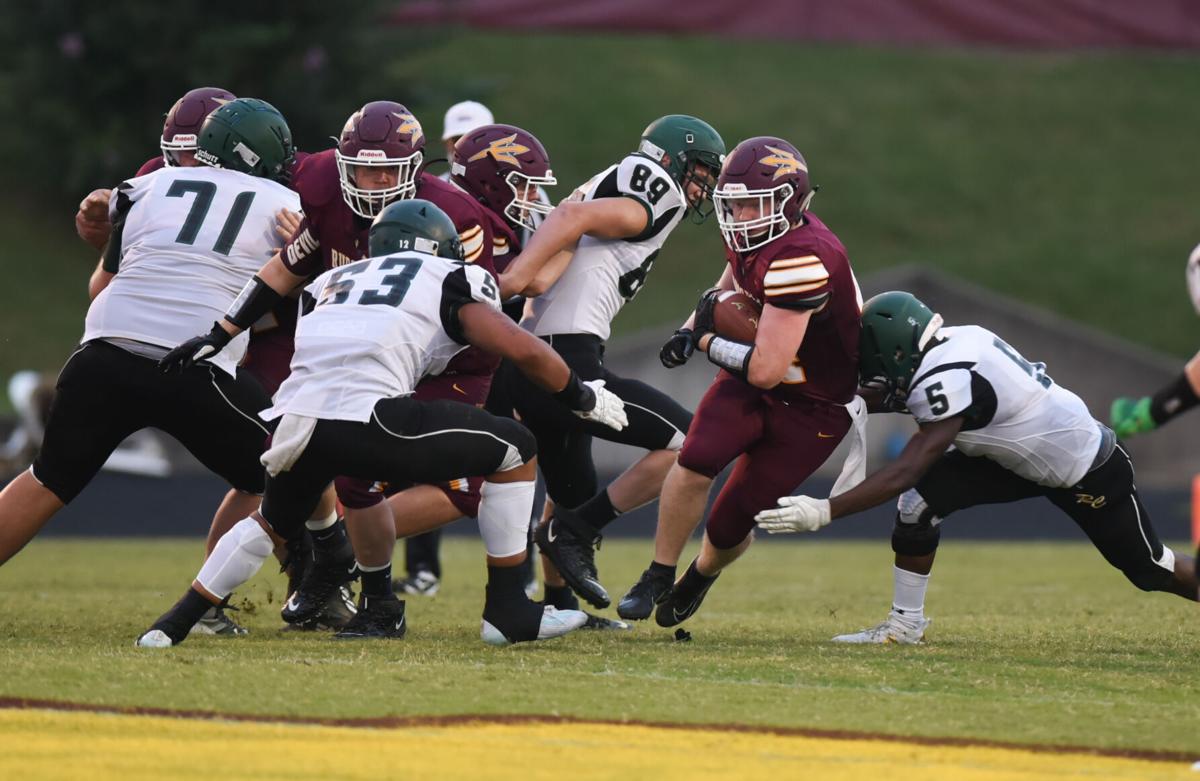 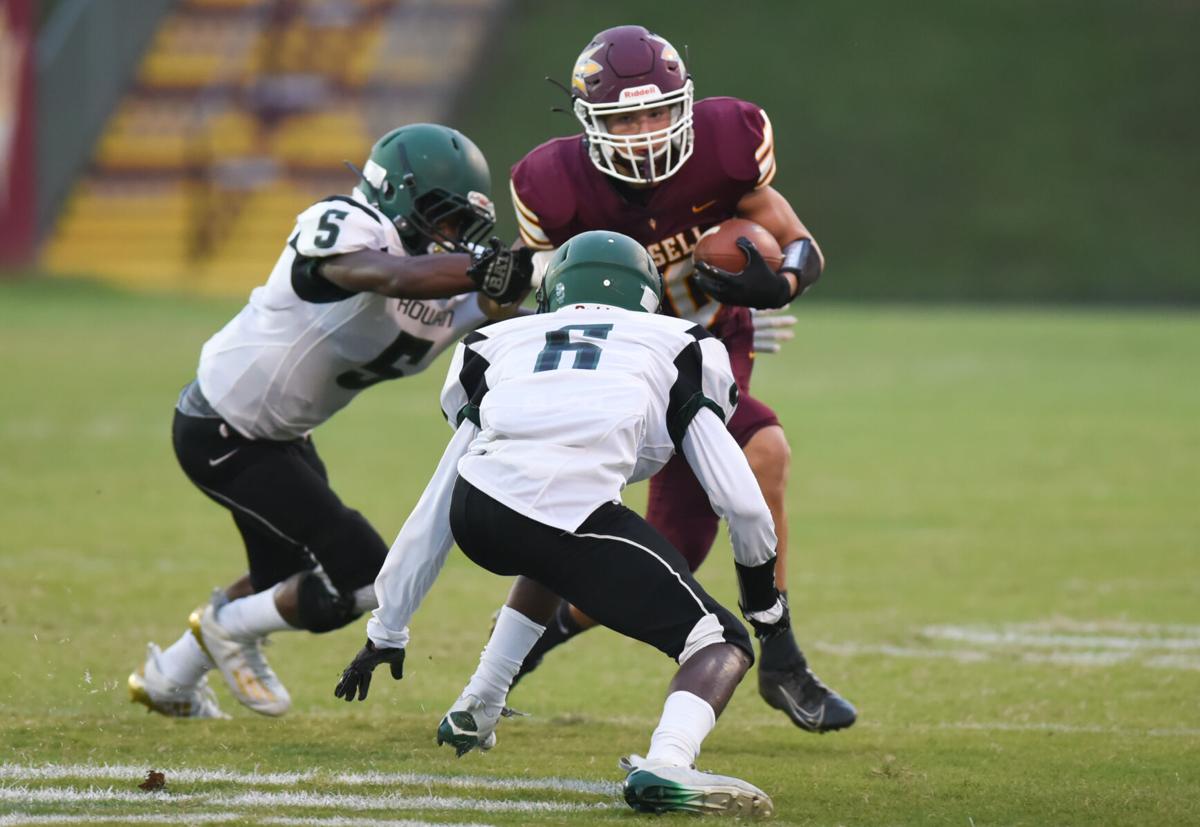 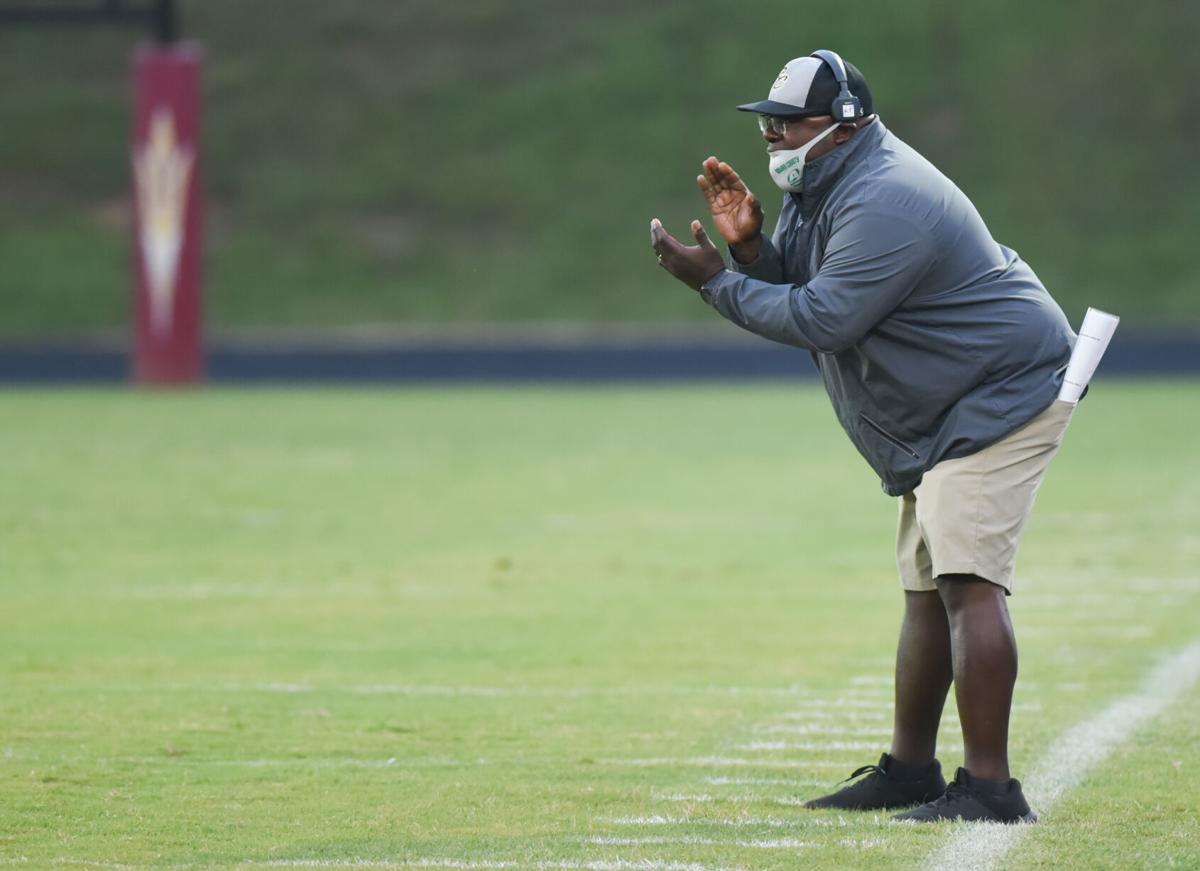 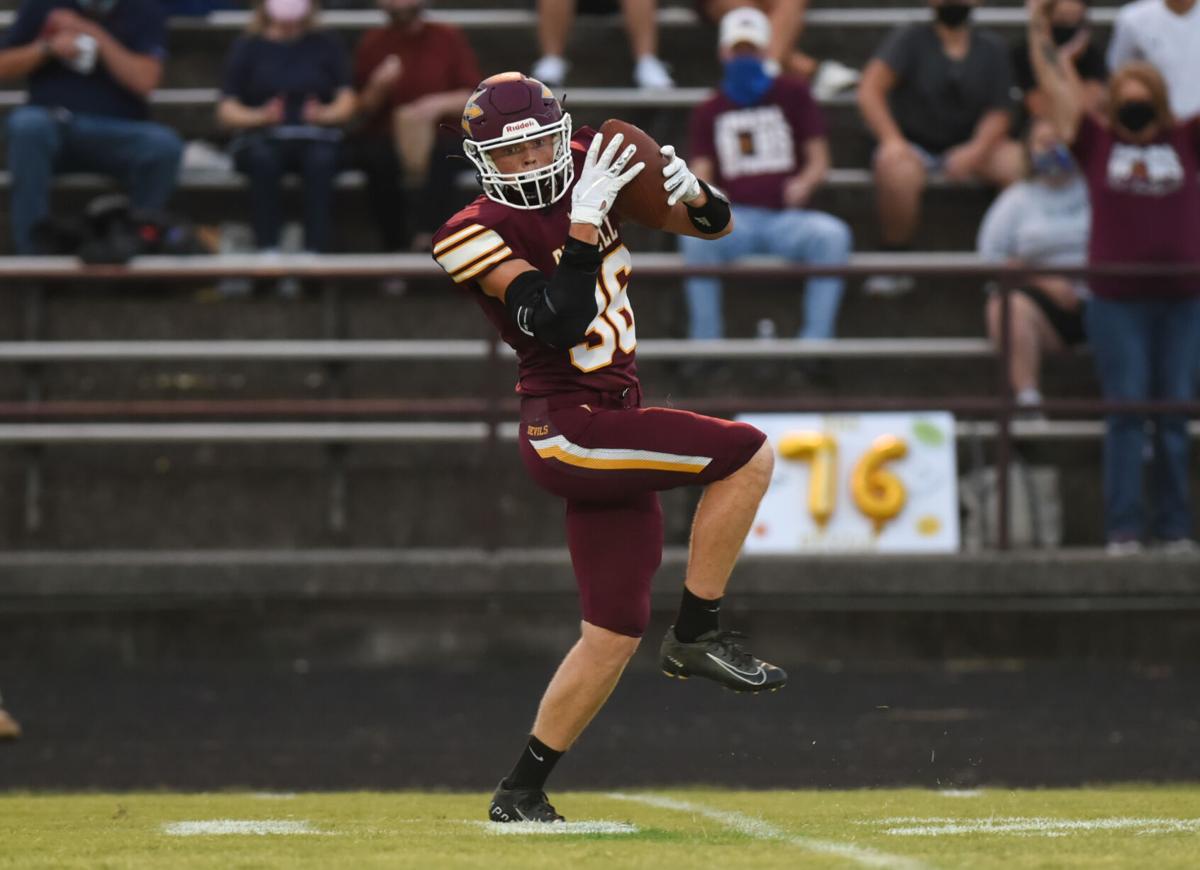 Russell's Hunter Martin pulls in a reception for long yardage against Rowan County on Friday evening. 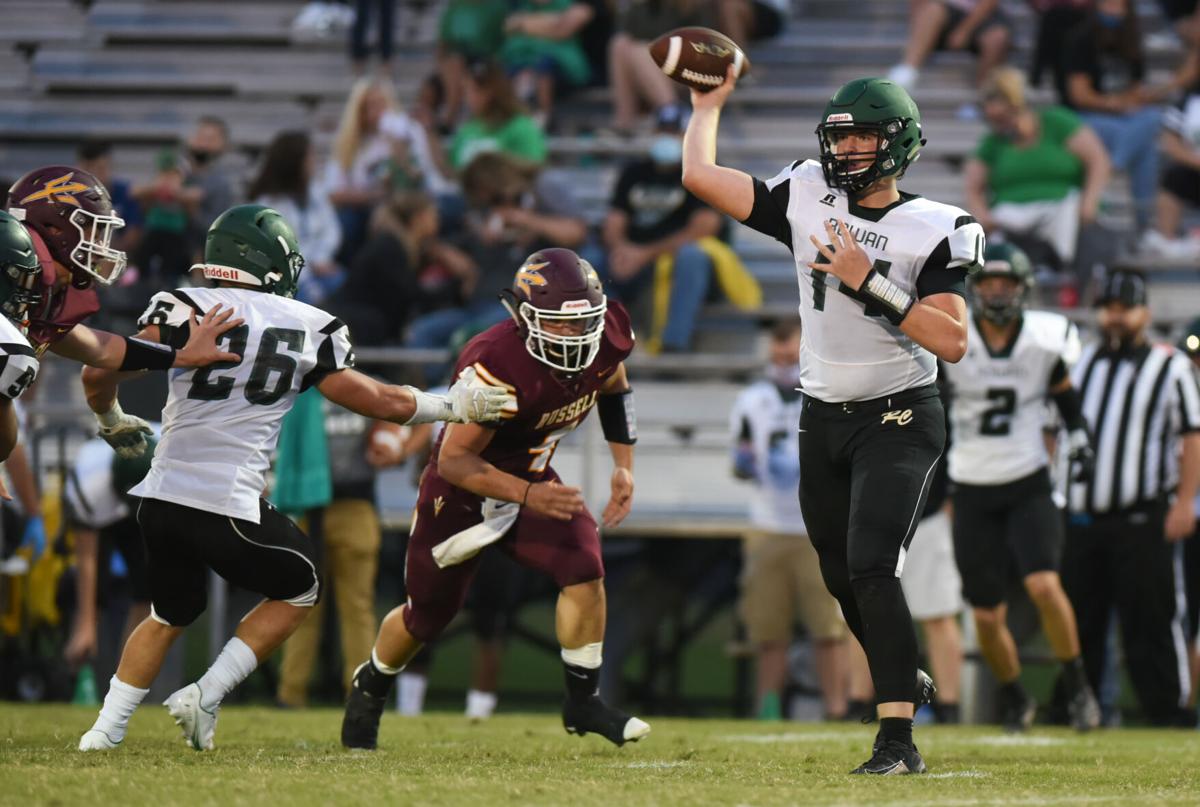 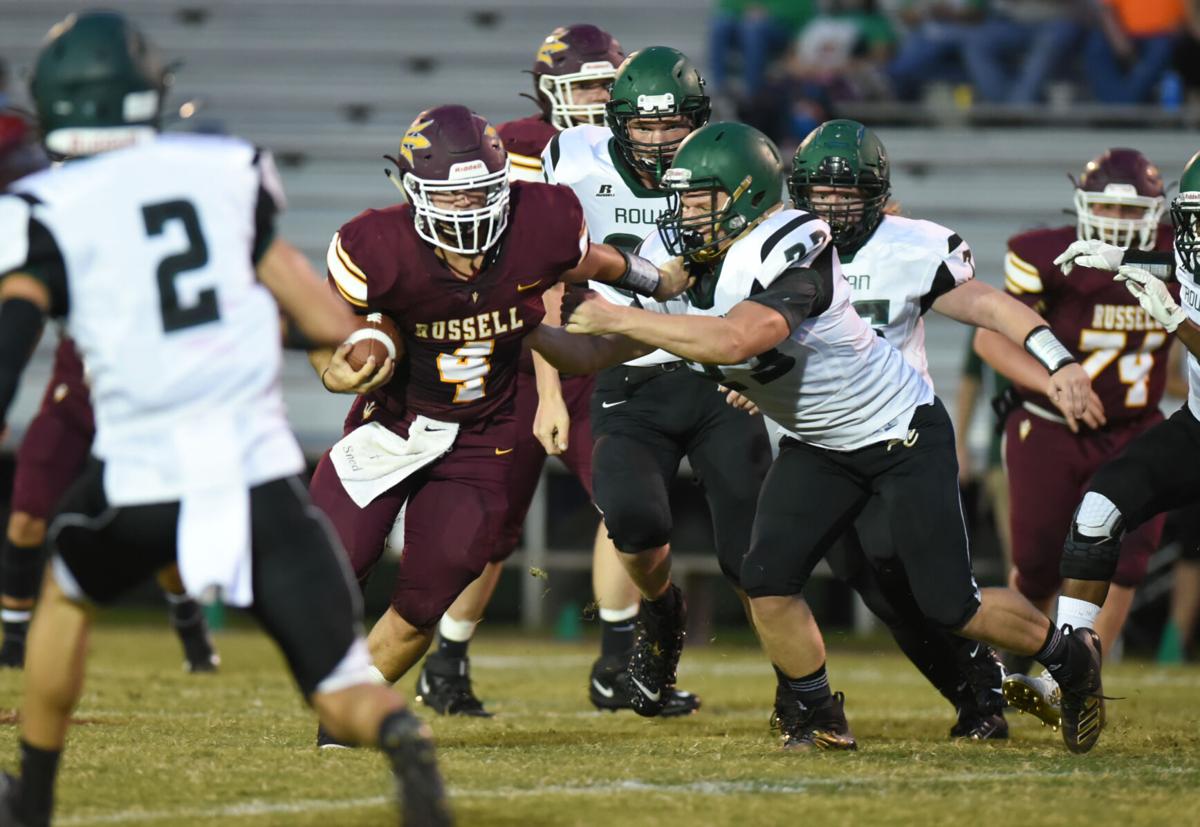 Chase Snedegar of Russell gets by Rowan County's Byron May on Friday evening. 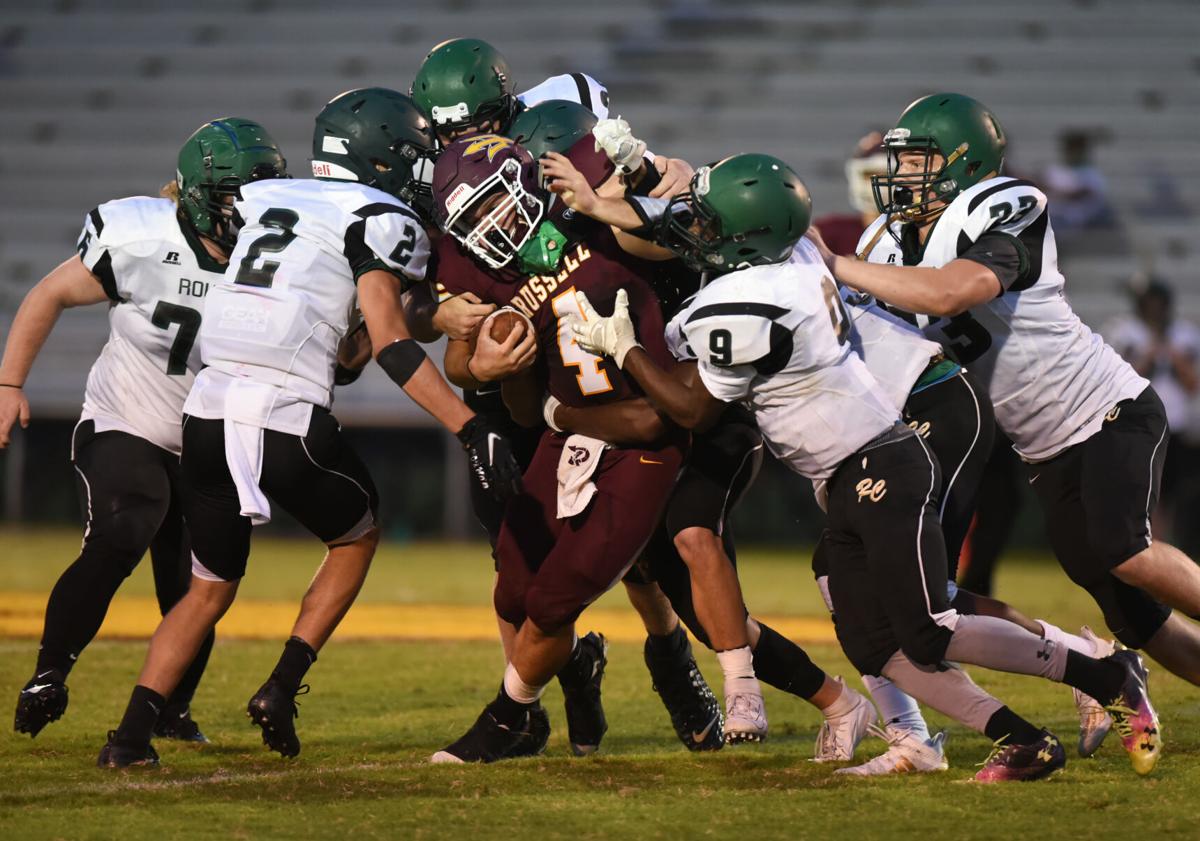 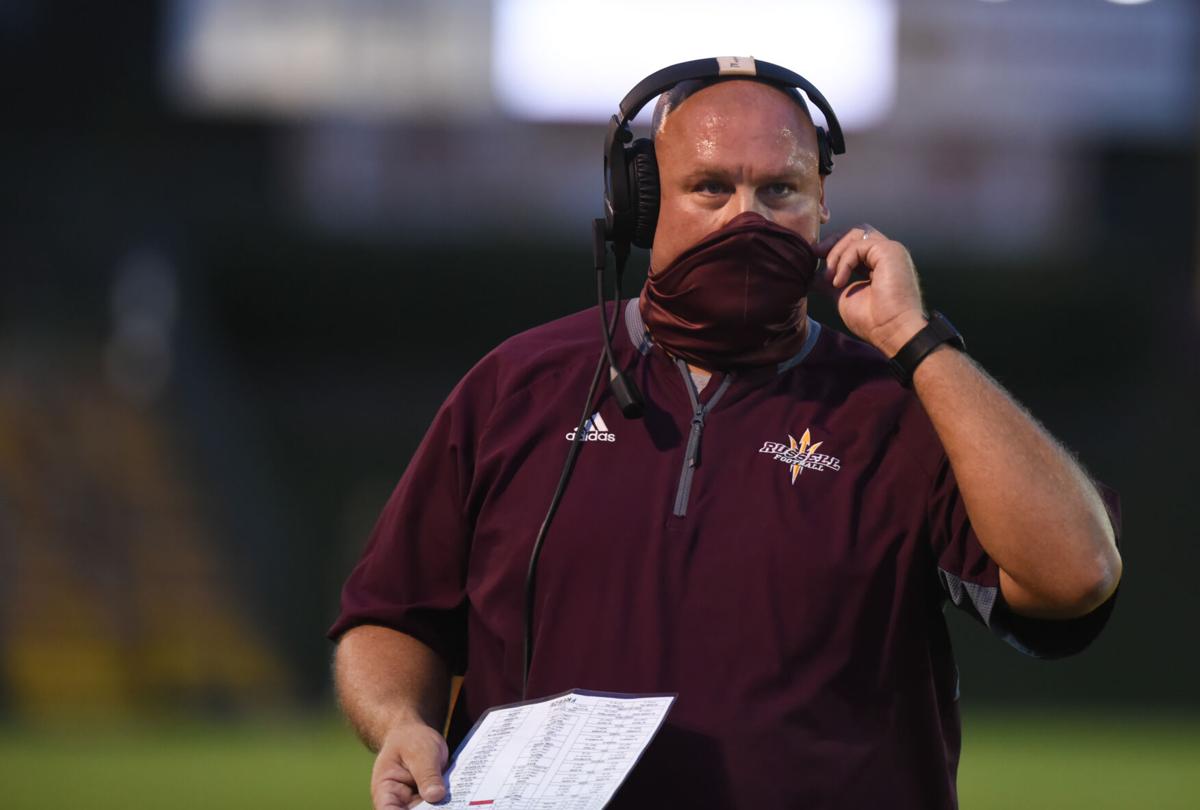 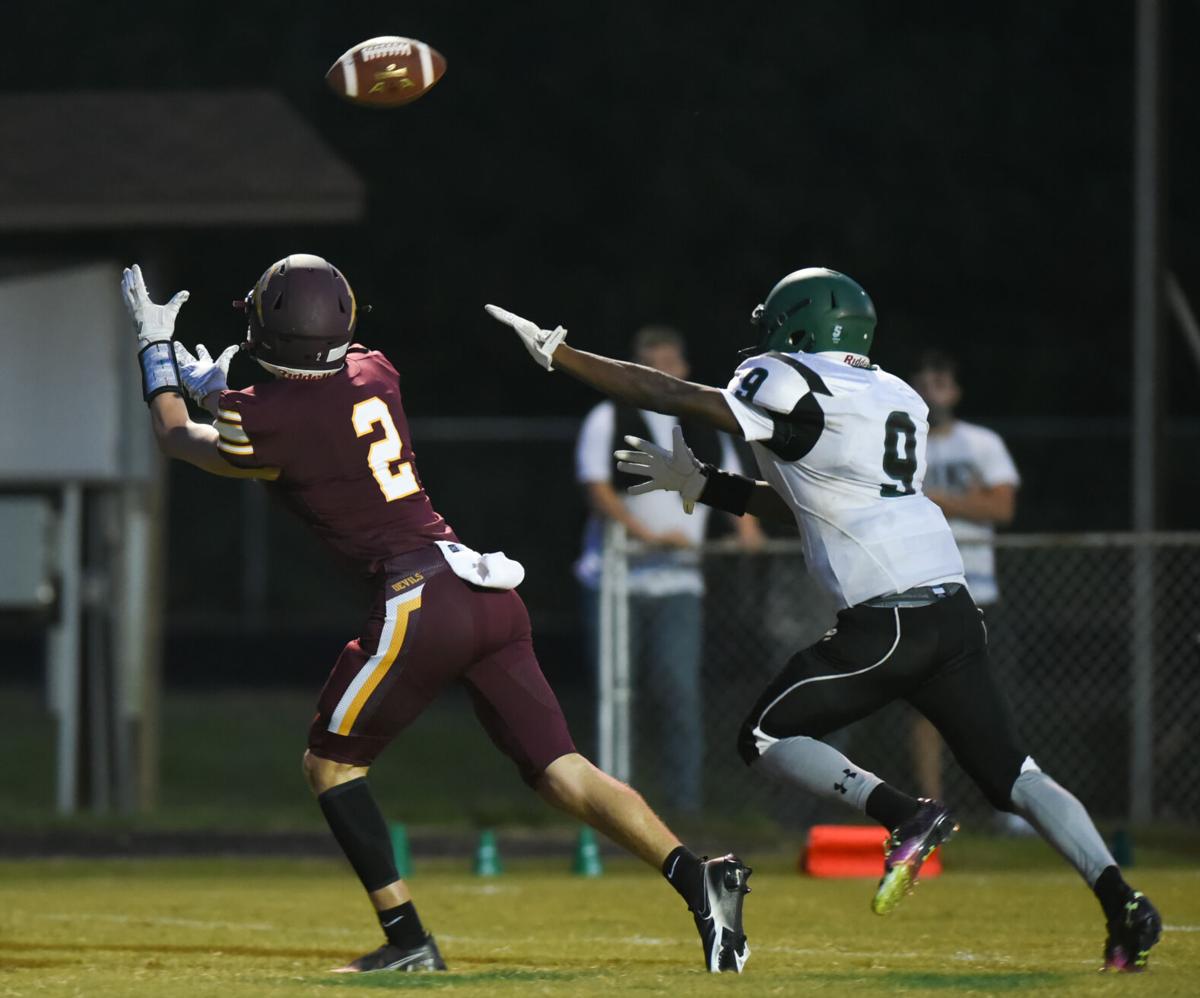 Russell's Carson Patrick extends to receive the pass for a touchdown against Rowan County on Friday evening.

Russell's Hunter Martin pulls in a reception for long yardage against Rowan County on Friday evening.

Chase Snedegar of Russell gets by Rowan County's Byron May on Friday evening.

Russell's Carson Patrick extends to receive the pass for a touchdown against Rowan County on Friday evening.

FLATWOODS Russell had a Devil of a time lining up a season opener.

After an offseason of obstacles and two cancellations, Russell looked in ship-shape during its first football action on Friday night. The Red Devils found the end zone early and often in a 37-7 win over Rowan County at Henry R. Evans Stadium.

“It’s exciting to be back on the field with my brothers,” Russell quarterback Charlie Jachimczuk said. “Right now, you never know whether we will have a next game. It can get canceled anytime. This first game felt good.”

The Red Devils took advantage of early Vikings miscues. On Rowan County’s first possession, the shotgun snap sailed over the head of the quarterback on consecutive downs, resulting in a combined 34-yard loss.

Russell followed by converting on fourth down near midfield on its opening drive. Jachimczuk connected with Hunter Martin, who broke free after the Vikings loaded the box. The play went for 44 yards and set up Russell near the goal line.

“We discussed that play in the timeout,” Jachimczuk said. “They were coming up hard with our run game. That is what a lot of teams are going to do. We saw them come up, so we just took a shot.”

Russell coach T.J. Maynard was happy with his team’s execution throughout the contest.

“We had three penalties,” Maynard said. “To me, that is really big in the first game. ... I thought special teams was pretty solid. Penalties, turnovers and special teams, especially on the short practice cycle that we  have had, are things you worry about. We had no turnovers, only three penalties and we didn’t give up any big plays in special teams. I am pleased with those three aspects.”

Senior Chase Snedegar followed with a 1-yard plunge to start the scoring for the Red Devils. Snedegar has battled injuries the last two years and his teammate was happy to hear his number called for the play.

“Seeing him get that touchdown after everything he has been through, it was good,” Jachimczuk said. “Seeing him excited, it just fuels the fire that we had.”

Jachimczuk hooked up with another wideout to start the second quarter. The senior signal caller rolled to his right and lofted a pass to the end zone. Carson Patrick laid out and made a diving 28-yard TD grab.

Rowan County accrued several mistakes in the opening half and tallied minus-9 yards of offense. It put the team continually behind the sticks and they could not regain the field-position battle.

“We are a young football team,” Rowan County coach Kelly Ford said. “We lost a lot from last year. We are trying to get things going. We had some issues snapping the football tonight. I was really happy with our defense. They didn’t get easy scores. We made them work to put drives together. We have to continue to get better each week.”

Nathan Conley had 43 rushing yards for the Red Devils. He barreled into the end zone on a 3-yard scoring run midway through the second stanza after a short Vikings punt put Russell (1-0) deep in Rowan County territory.

The Red Devils scored on five of their first six possessions in the opening half and five different Russell players put six on the scoreboard.

“We have multiple guys that can make plays for us,” Maynard said, “ and will have to settle into some roles, especially some of the young guys. They just have to get caught up to game speed and learn the in-and-outs of playing on Friday nights. The game is so much faster for them.”

“I was pleased with our effort.” he added. “We will go back and watch film. To me, this is our first scrimmage. We have another scrimmage next week. We have to make sure that on Oct. 9, when we start district play, everybody is up to speed.”

Martin recorded a short touchdown catch before halftime. Jachimczuk sprinted past defenders for a TD run of his own. The quarterback had 122 passing yards. He completed 13 of his 20 pass attempts.

“I changed my body over the offseason,” Jachimczuk said. “(Coach) Maynard has seen it. I can throw the ball better. He is throwing in some wrinkles. I like throwing the ball. It opens up the run game more.”

Louis Hayes had a 52-yard touchdown catch in the final frame for Rowan County (0-1). Senior Austin Fannin was making his first varsity start under center. Ford saw progress in his quarterback in the final 24 minutes.

“He did settle in during the second half,” Ford said. “He was antsy. He missed a lot of different reads and was holding onto the football. It’s going to take time to get him going.”