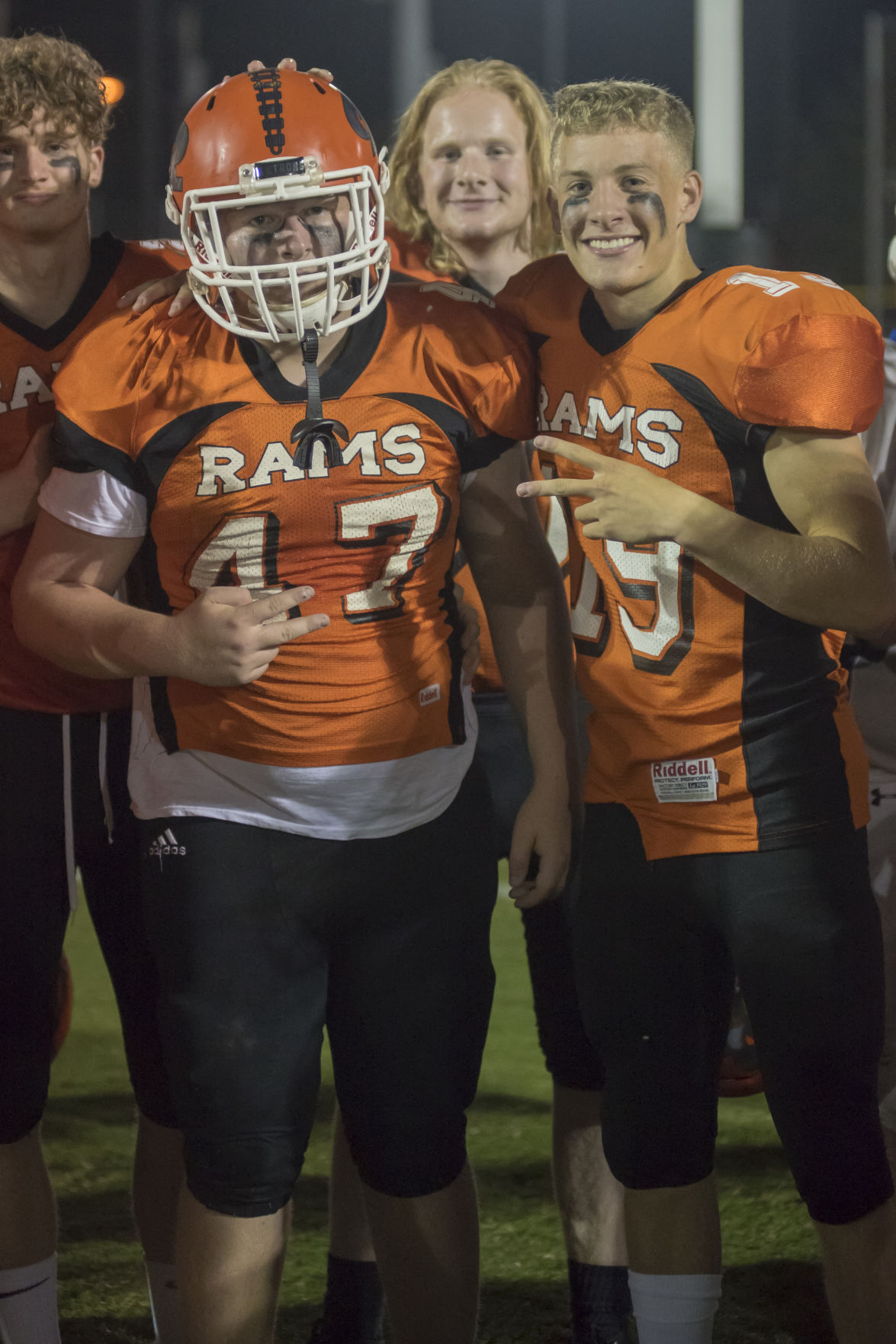 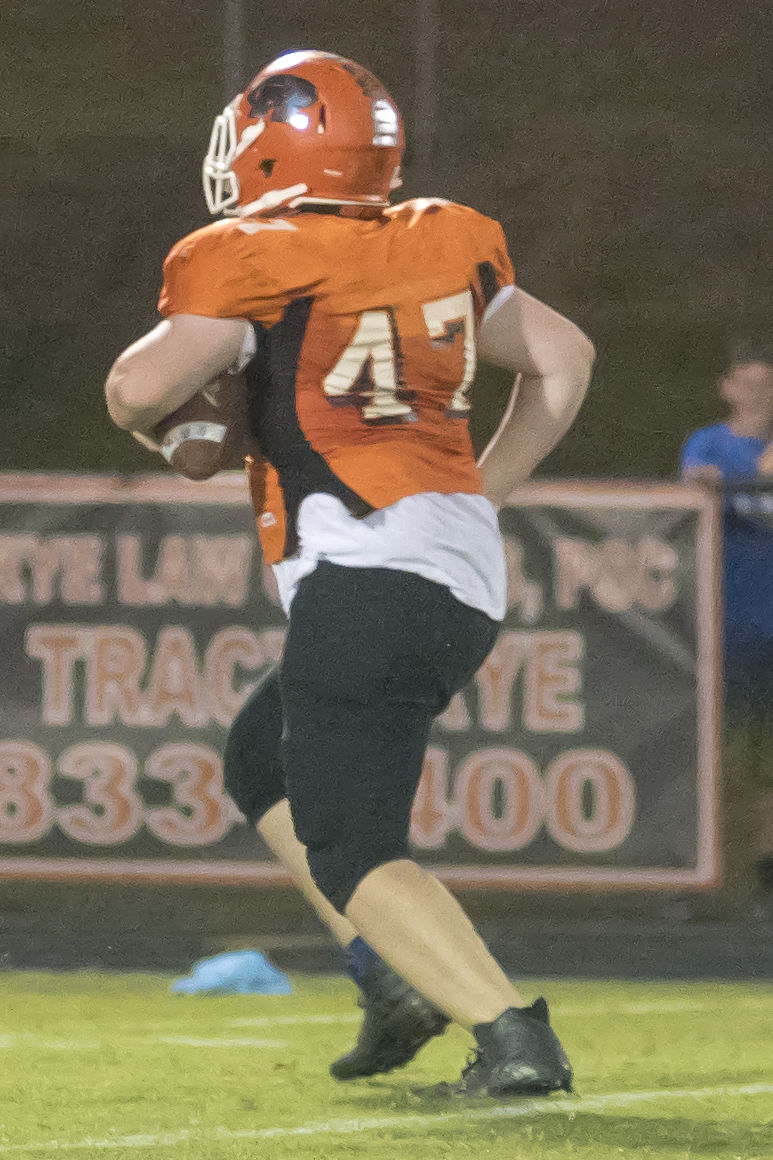 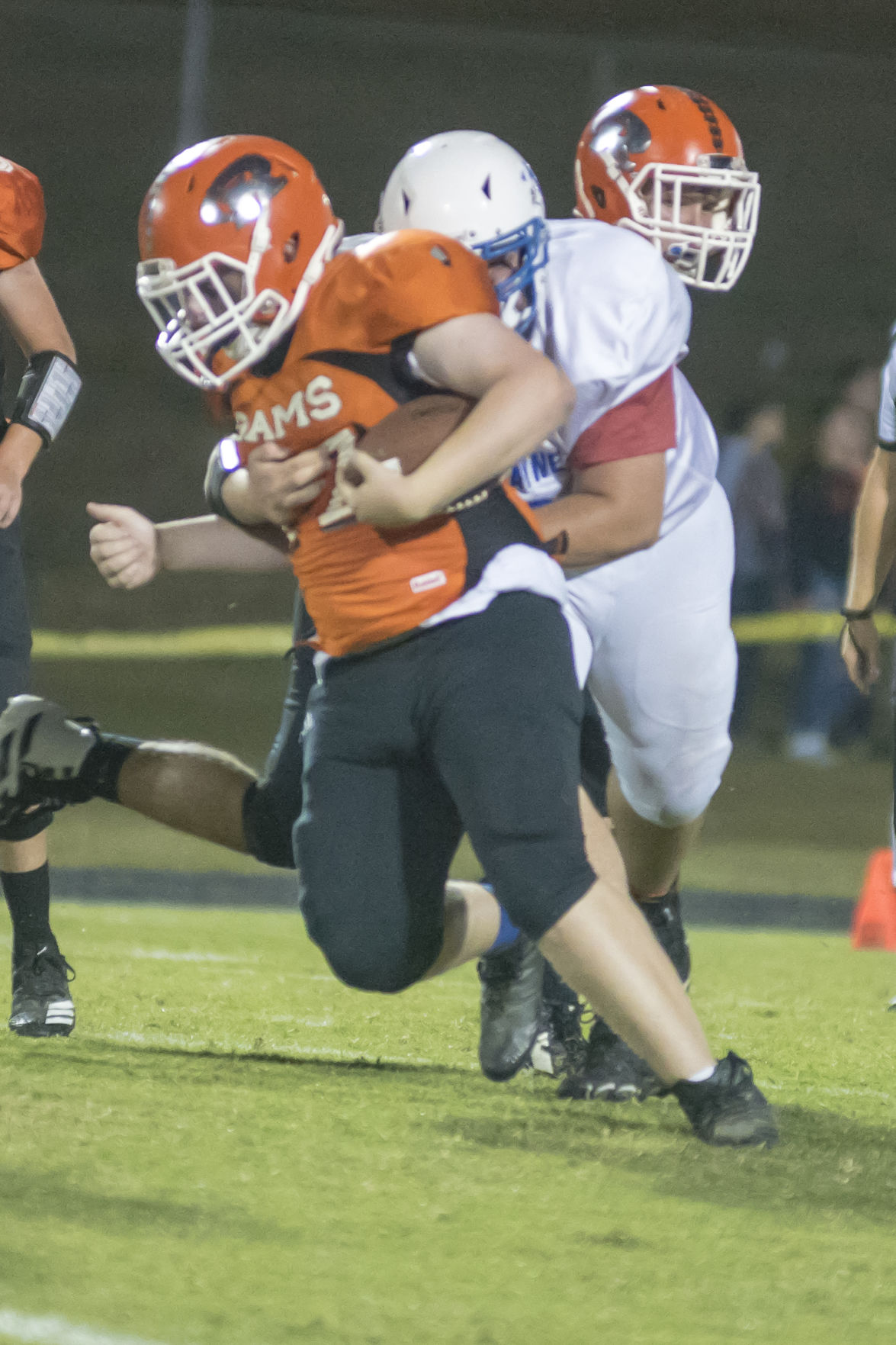 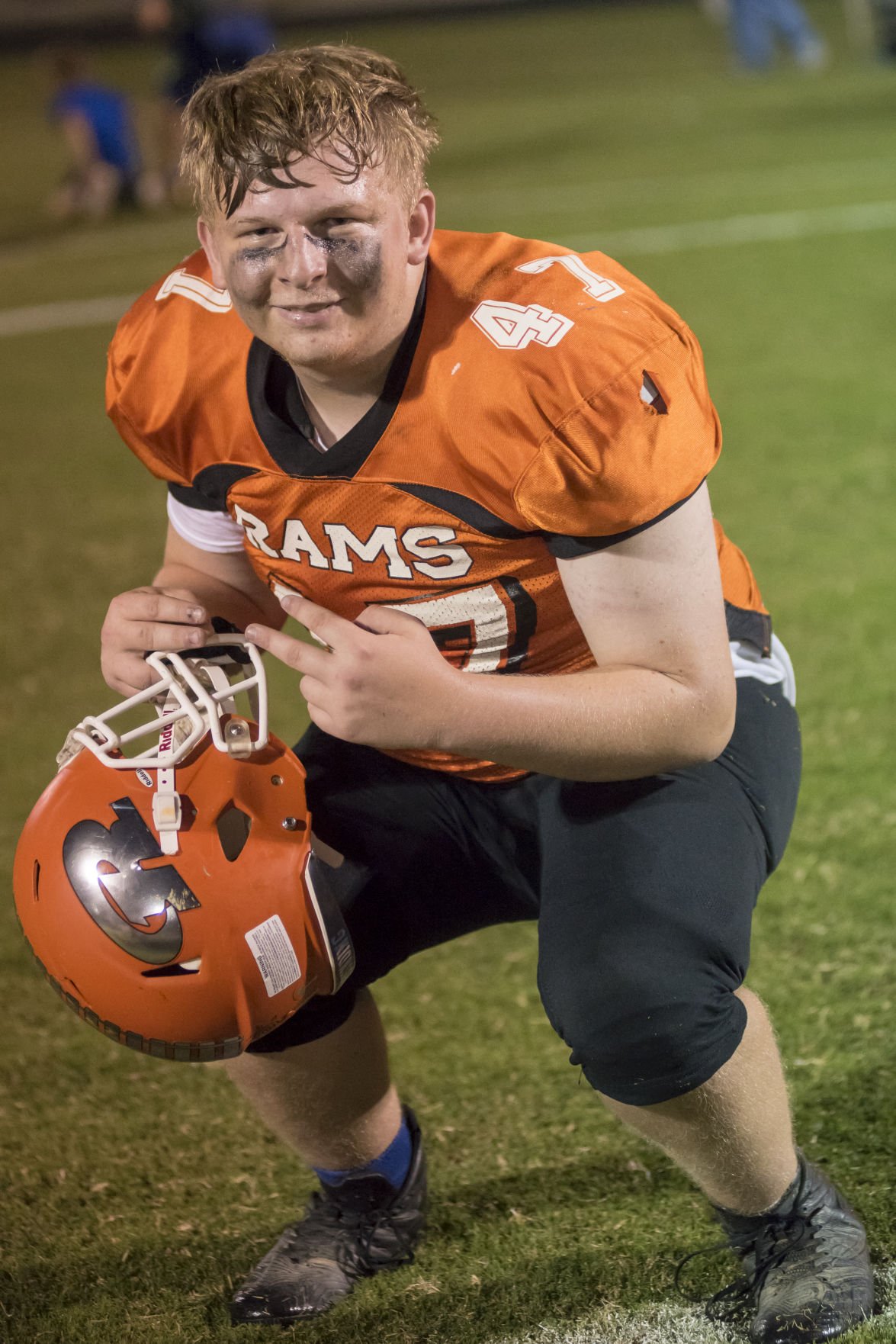 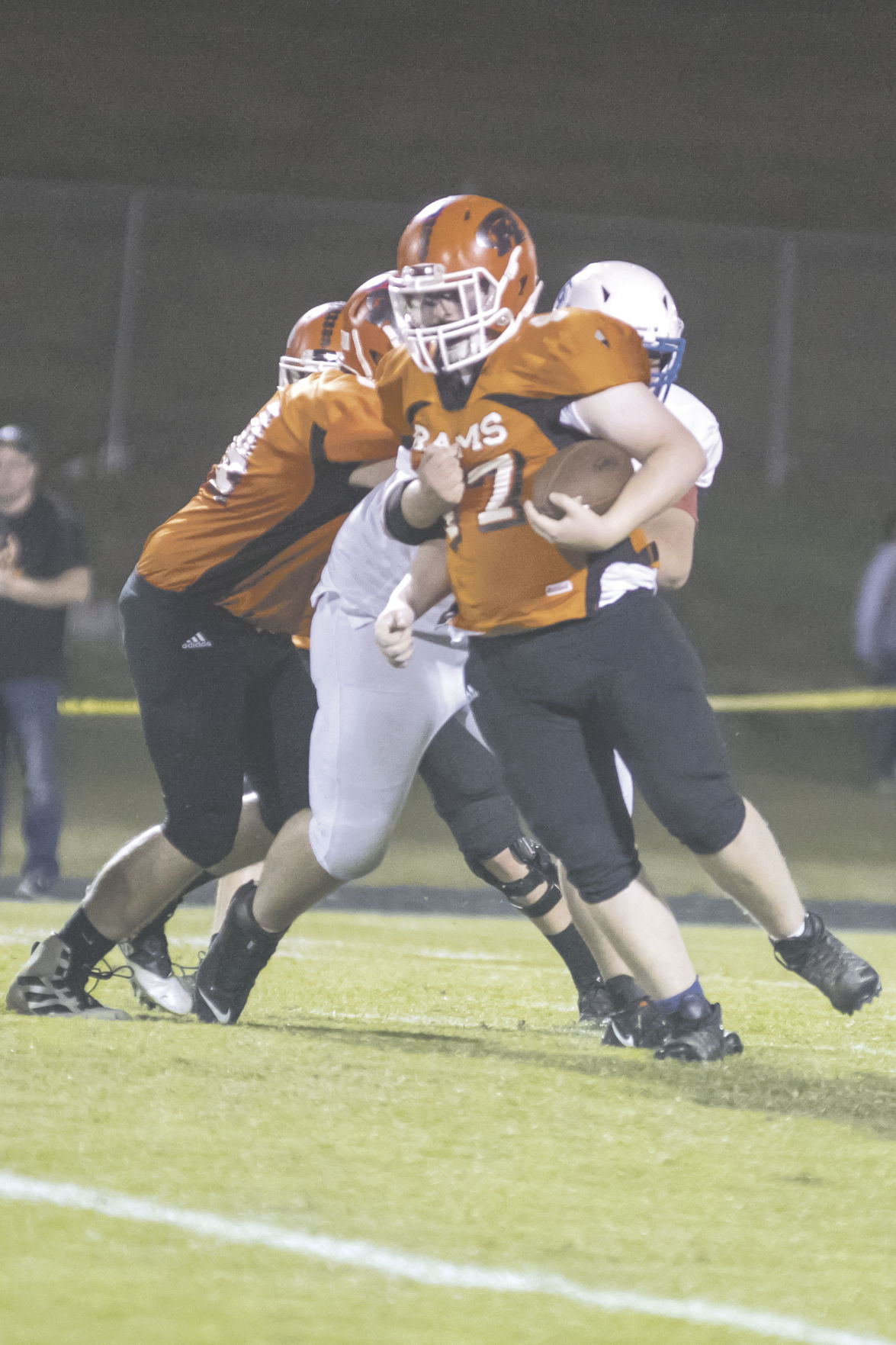 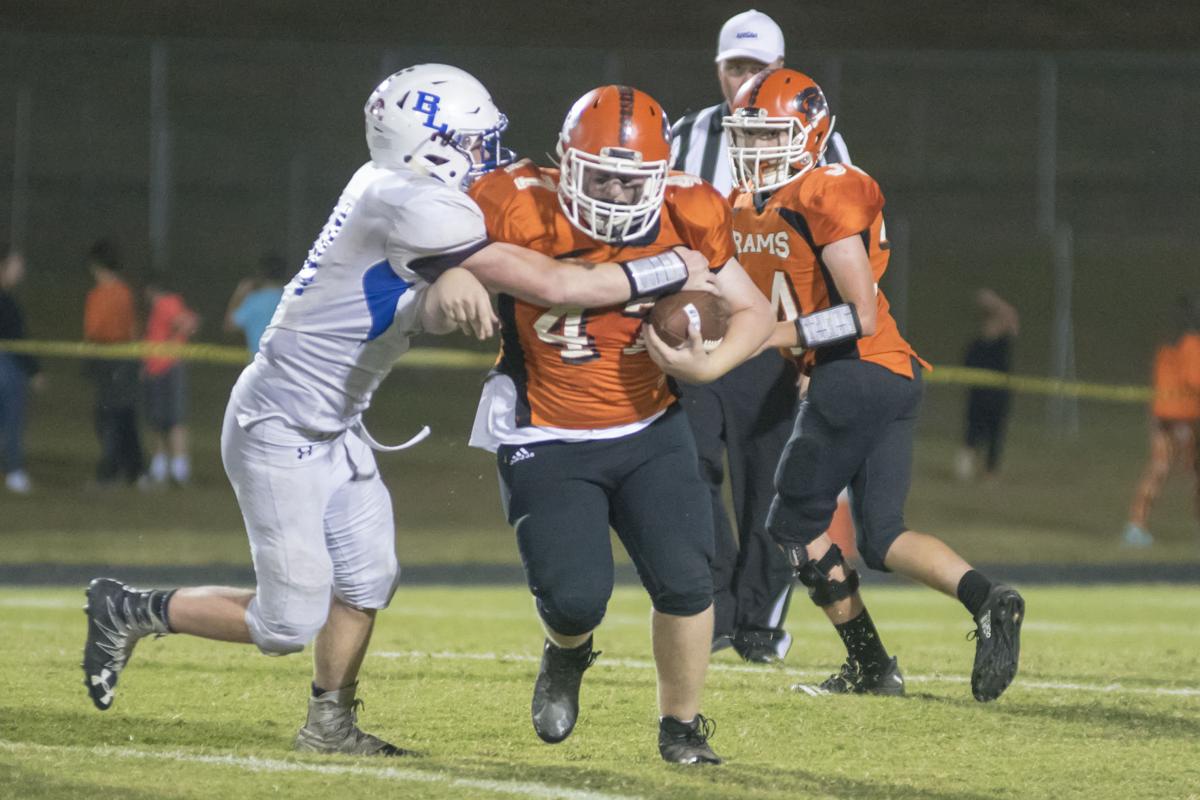 RACELAND They were six points that made no difference in the outcome of the game on Friday night at Rams Stadium.

Raceland led 61-0 over Betsy Layne and faced third and long with fewer than 30 seconds to play when pandemonium broke loose on both sidelines.

On his third carry, Raceland senior running back Matthew Richardson took the handoff, angled for the hole off the right side and dashed 63 yards to paydirt with orange and white jerseys in tow, making certain he reached the end zone.

Richardson is a special needs student at Raceland-Worthington High School but on Friday night he was as big a star as any NFL player in the land.

“I’m not a Hollywood guy, but it was almost like it was made for movies,” Raceland coach Michael Salmons said with a smile. “I’m lining up on the 50 and trying to figure out what I’m going to tell this guy because I owe him so much gratitude for what he did and the next thing I know, Betsy Layne is tackling our guy in celebration after allowing him to score a touchdown. That was really special and a real classy group of guys. It really shows you what small-town football is all about.”

After two failed attempts of springing Richardson for a score, Salmons was tempted to let the clock expire but was convinced to give it one more go.

“After the second play I said, ‘Do you just want to let the clock run out? And one of the coaches said, ‘Let him run it again,’” Salmons said. “By that point, I guess coach (Scott) McCoy had recognized it. I certainly didn’t disclose it to (McCoy), and I didn’t expect them to do that. Extremely classy move there. Totally caught us off-guard as we had no idea.”

Betsy Layne’s coach actually had nothing to do with the final call, rather a player who was on the field who recognized the opportunity for something special.

“You see that on the news, where teams allow a player to score,” McCoy said. “It’s funny because one of my players has a brother who is a special needs player and a team let him score. I’m a special needs teacher, so I love it. I love seeing that and what’s the difference between 61 and 67? Nothing! It’s a game. People will forget that score, but they will remember this for the rest of their lives.”

It was a scene words struggle to describe when Richardson reached the end zone for his first-ever touchdown as both teams raced to celebrate his feat.

“Their kids were very complimentary and congratulatory,” Salmons said. “I literally think they were as happy for him on the white team as we were on the orange team. Our kids were screaming and hollering, and their kids were just jumping right in with it.”

Fellow Raceland senior Gunnur Lewis said the emotions were ones he had never experienced before.

“That was the best feeling I have ever felt in my life,” Lewis said. “It makes me so happy to see Matt get his first touchdown.”

Lewis, who has a long-time connection to Richardson, said the dash after the handoff caught him by surprise.

“It makes me so happy to see them be a part of something like that. Matt is such a special kid. It means the world to me to see both teams celebrate like that. There’s certainly something bigger than football and to see a moment like that, I almost teared up. I love Matt and he’s been a part of my life for about 12 years now. He was tearing up. It was awesome.”

Raceland quarterback Jake Heighton, who made his return to the gridiron after suffering an injury in Week 2 versus Russell said he has been waiting for the chance to see Richardson score.

“Nobody on our team really said anything,” Heighton said. “There was a kid on their team that said, ‘Let him score.’ That’s just class. You can’t teach that at all. That’s the way you should play the game. That’s true sportsmanship.”

Salmons said a couple of Bobcats’ players actually offered him an apology after the game went final.

“They said they didn’t know the situation,” he said. “They thought we were just putting a lineman back there to run the ball. I told them not to apologize because their job is to tackle the guy with the ball and that’s what I expected them to do.”