Off the charts: Virus hot spots grow in America 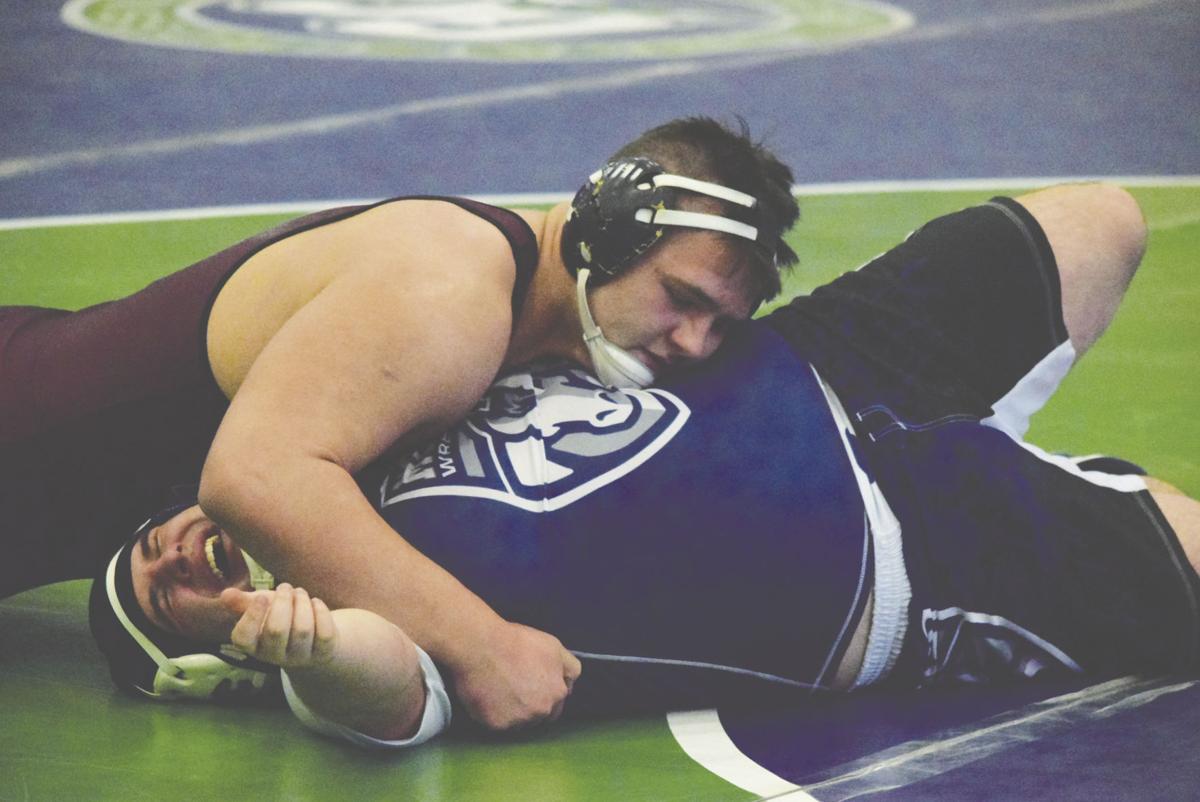 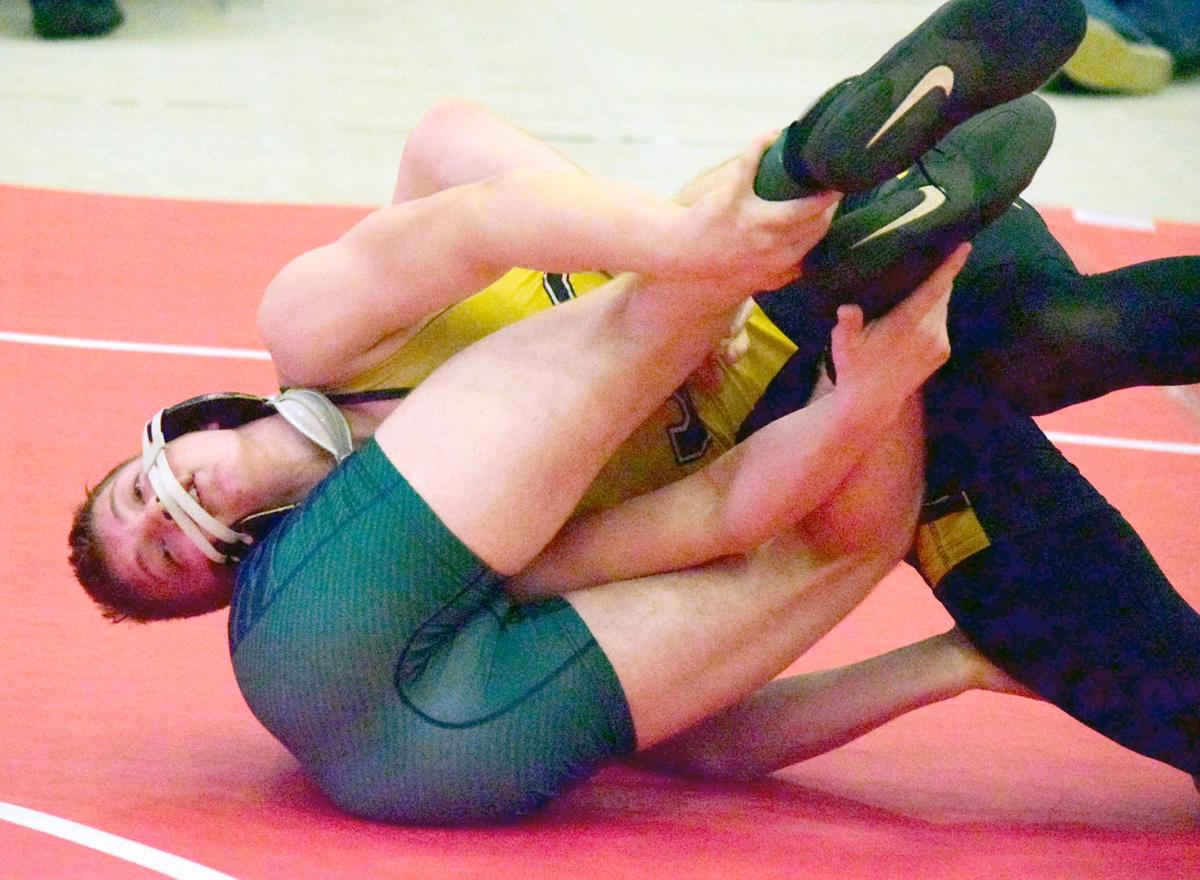 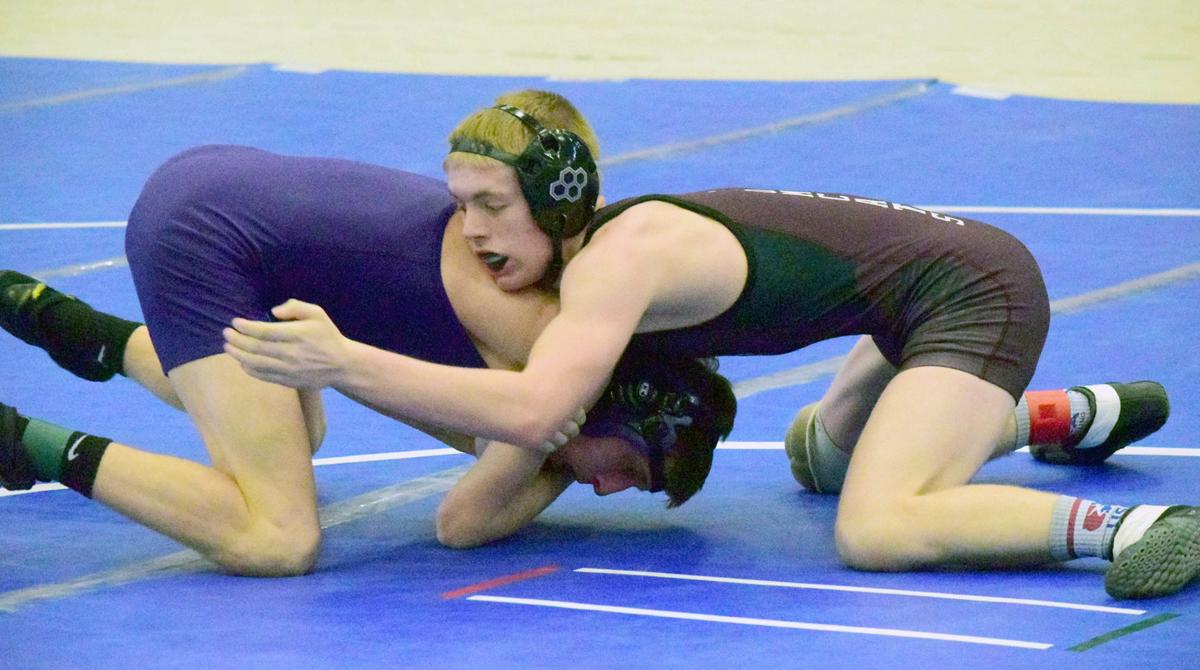 Even if Johnson Central is a “heavy” favorite to win its 12th consecutive Region 8 championship on Saturday, according to at least one opposing coach, other northeastern Kentucky programs are making pushes of their own.

Ashland has five wrestlers ranked in the top 25 in the state in their respective weight classes in this week’s KentuckyWrestling.com ratings, and its individuals are ranked 24th collectively. The Matcats had to work their way through a series of bumps, including a deep postseason run by Ashland’s football team that delayed the start of the season of a handful of wrestlers, match cancellations and a bout with the flu.

Ashland has come out strong on the other side, said coach Butch Scarberry, and hopes to show it in the region competition Saturday at Letcher County Central.

“Everyone is healthy now and ready for Saturday,” Scarberry said. “We hope to be fairly competitive and send quite a few to the state tournament. Might even be some surprises and some kids step up that might not be expecting to.”

Two seniors who boast 100 career wins lead Ashland — Jarrett Sanders, ranked 15th in the state at 132 pounds, and John Stone, tabbed fourth in the state and tops in the region at 285 pounds. Stone signed a letter of intent Wednesday to play football at Eastern Kentucky University. That duo has “really picked up their game this year,” Scarberry said.

Juniors Kolby Coburn, ranked 13th in the state at 170 pounds, and Jack Latherow, tabbed 13th at 182, “have shown to be dependable leaders,” Scarberry said, and sophomore Zaine Christian, eighth in Kentucky at 220, “has really improved and had shown to be a force in the region,” according to his coach.

The other schools from the 16th Region footprint with wrestling programs, Boyd County and West Carter, don’t have any state-ranked participants, but both are building, their coaches say.

The Lions, in their eighth season as a varsity program, feature mostly eighth-graders through sophomores, with one senior. Boyd County went 12-5 in duals this season, including victories over Spring Valley and region foe Belfry, and was third at regional duals behind Martin County and Ashland.

“With injury and youth, we look to compete this weekend and improve our team as a whole,” Lions coach Clayton McClelland said. “Each year, we continue to progress and develop our kids and put them in the best possible position. Depending on the bracket draw, we hope to still have a few wrestling next weekend in Lexington.”

Dean Martin went 20-3 this season at 145 pounds but is considered doubtful for this weekend due to injury, McClelland said. Sophomore Skyeller Tallent is 21-8 at 285 pounds and has “a lot of potential for the next two years in our region,” said the coach. Tyler James (170 pounds) and Trent Litteral (195) also have winning records this year.

“This is a significant accomplishment for our program, as it’s the first state champion for Boyd,” McClelland said.

Manning is the son of David Manning, the former Boyd County football coach now an assistant at Kentucky Christian.

West Carter is competing in its first season of wrestling, but the Comets aren’t going to Whitesburg just happy to be there.

“It’s been competitive for sure,” coach Ethan Miller said. “We’re a first-year program, so we’re taking some bumps and bruises, but we’ve also handed out a few as well. We’ve taken on pretty much everybody in our region except for Johnson Central.”

Miller, 29, graduated from Woodford County in 2008, when he finished as state runner-up in his weight class. He went on to wrestle at Lindsey Wilson, then coached his alma mater in Versailles for “five or six years” and worked as an official last year before taking the helm in Olive Hill.

Miller has instilled a gung-ho mentality.

“Like I’ve told everybody and their parents, wrestling’s not for everybody,” Miller said. “It’s not for the faint of heart, it’s not for the weak-minded people, it’s for those who strive to be simply the best at everything that they do and the ones who are basically tough enough.”

“He’s so strong for that weight class and so explosive and athletic that he surprises a lot of kids,” Miller said.

“I don’t think it’s out of the question for these guys to place and punch their ticket to the state tournament,” Miller said. “As a first-year program and a first-year head coach in this program, I come to win. I don’t come for consolation prizes. I don’t instill that upon the kids, because that’s not what wrestling’s about. It’s about going and getting what you earn. So if you work for it, I fully believe that first place is what I’m striving for every time.”

As the Matcats, Lions and Comets build, they’re chasing Johnson Central. The Golden Eagles, second in the Kentucky Wrestling Coaches Association large-school state duals last month, are coached by Jim Matney, who was named the National Federation of High Schools Boys Wrestling Coach of the Year for last year in January. The Golden Eagles are ranked third in duals in the KentuckyWrestling.com ratings, fourth in the state in individuals rankings, and boast 12 wrestlers tabbed in the top 18 of their respective weight classes. Johnson Central has state-ranked wrestlers in 12 of the 14 weight classes.

“Johnson Central continues to be the heavy favorite in our region, returning some outstanding wrestlers,” McClelland said. “They have a chance to make another run next weekend (at State).”

Concurred Scarberry: “Johnson Central is reigning region champion. Until someone knocks them off, they are the team to beat.”

Sophomore Levid Rodriguez is 30-0 and ranked second in the state in the 195-pound weight class. Rodriguez, senior Dalton Lawson (third at 120) and sophomore Jacob Cain (ninth at 132) each placed at State either last year or the year before, Matney said. They have helped lead a Golden Eagles squad that finished second in the state last year, then had to replace key components lost to graduation.

“We’ve got a really good young team, and our middle school just won the state championship,” Matney said, “so we’ve got them coming down the pipeline for the next four years, if we can just keep them going in the right direction.”

Matney, who called his NFHS honor “surreal,” pointed to the growth of area programs as progress in the sport.

“I think people are starting to figure it out, that success in wrestling kinda bleeds across into success on the football field,” said Matney, also Johnson Central’s gridiron coach. “Wrestling, of course, is the oldest or second-oldest, depending on what you read, sport in the world, and it’s very popular throughout the world, and it’s been one of my life-long goals to build up wrestling in eastern Kentucky, and I think we’re starting to see it.”

Scarberry also mentioned Martin County as a contender, as a team that “is always well-coached and peaking come postseason.” Matney tabbed the Cardinals, Matcats and Harrison County as teams that might challenge the Golden Eagles’ title mantle.