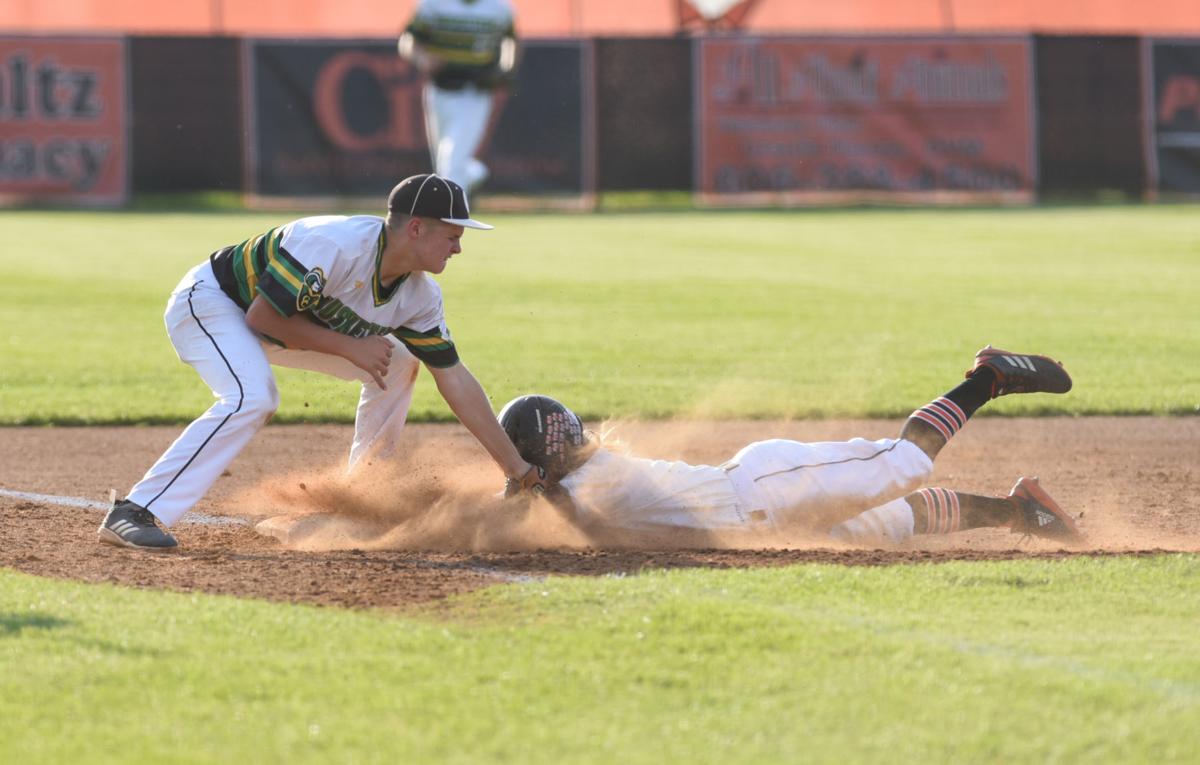 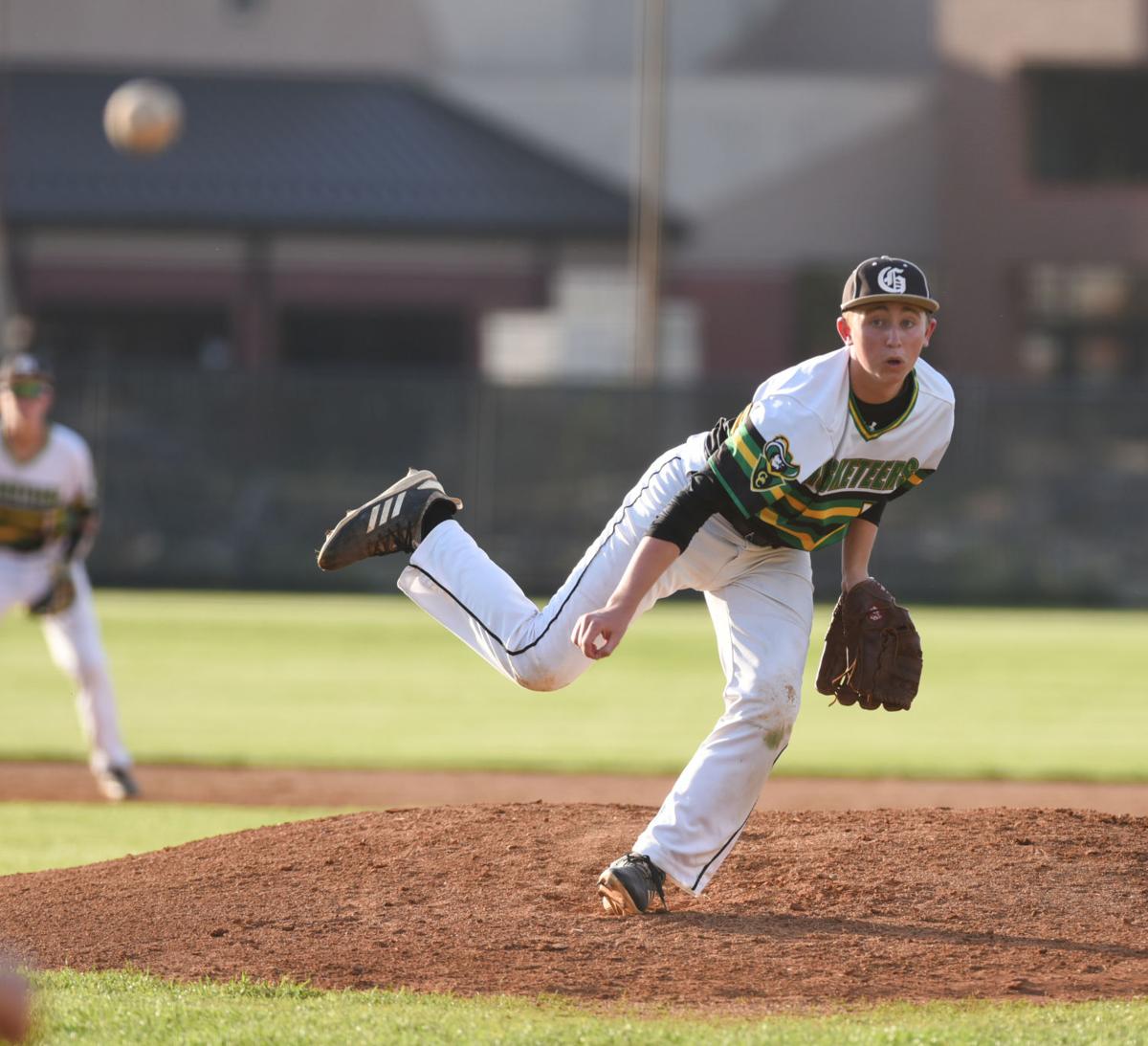 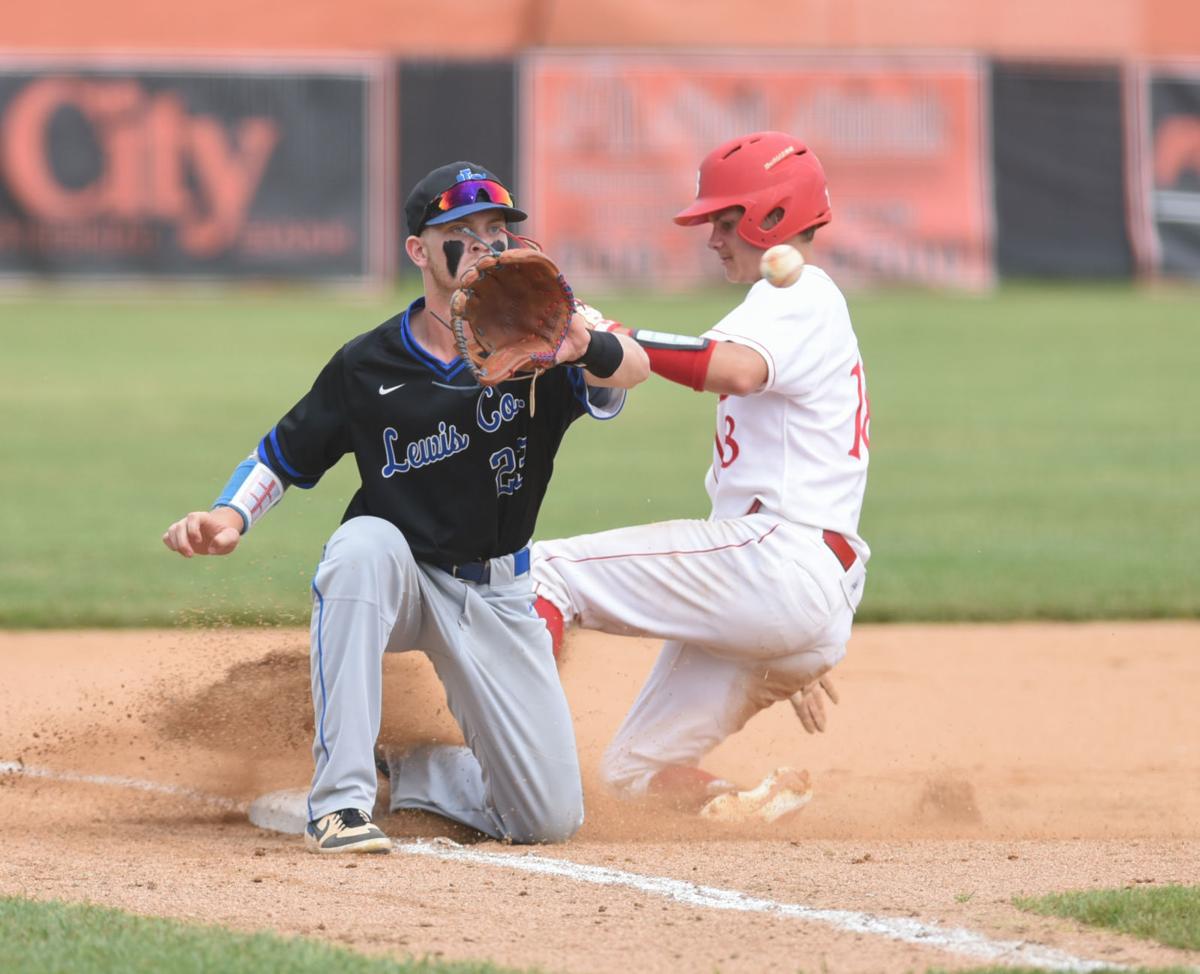 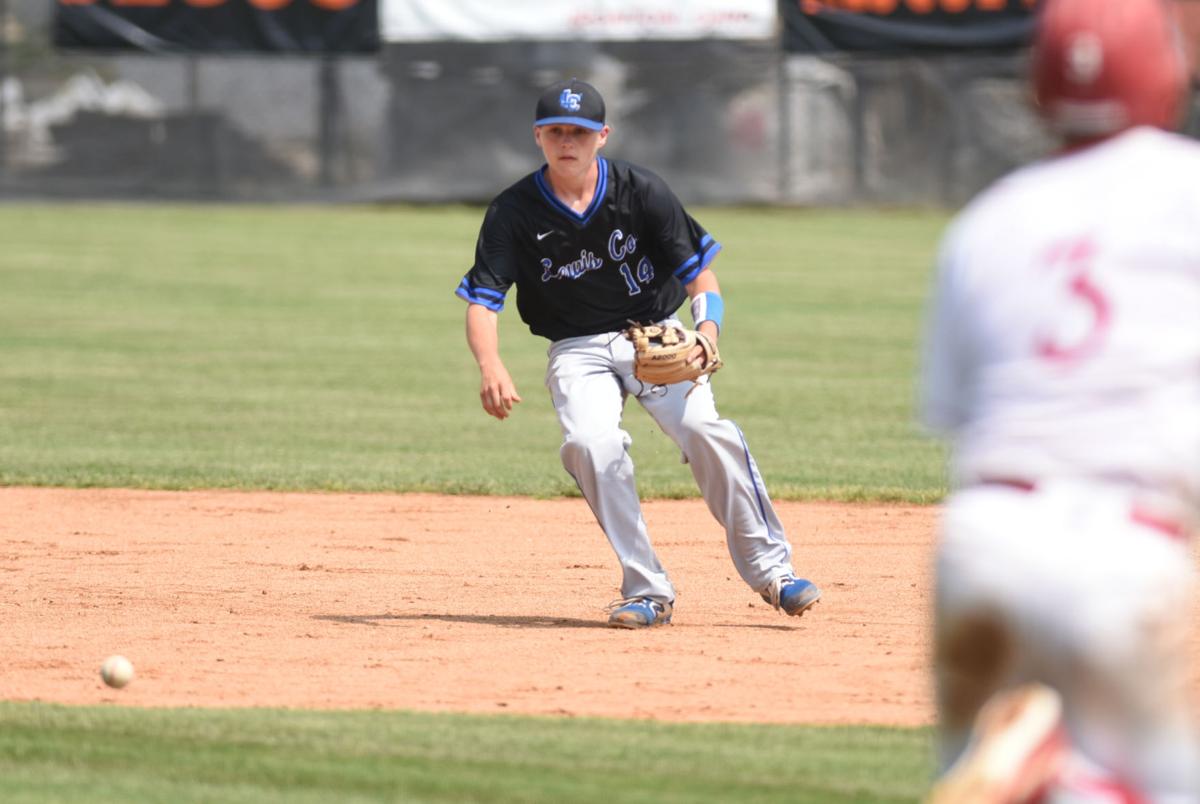 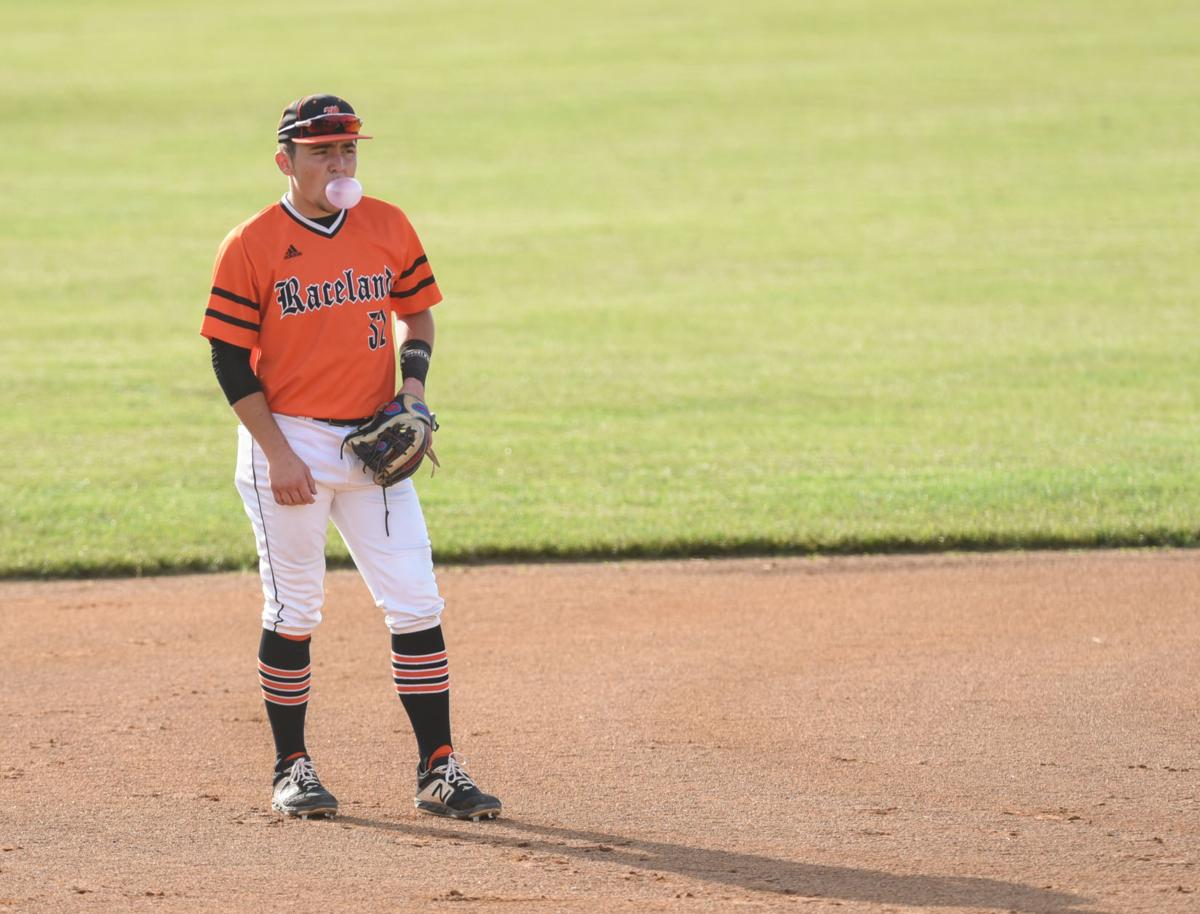 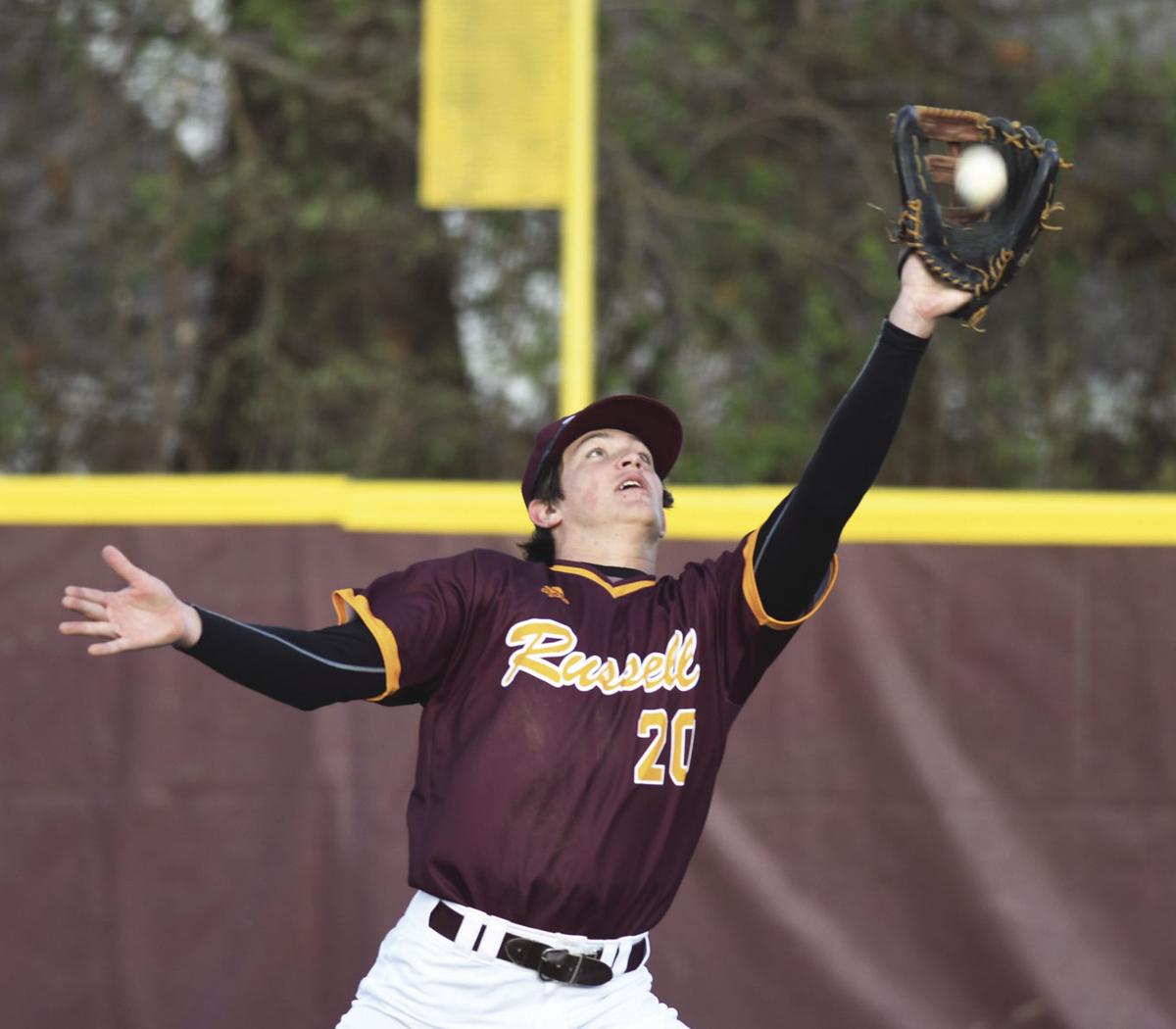 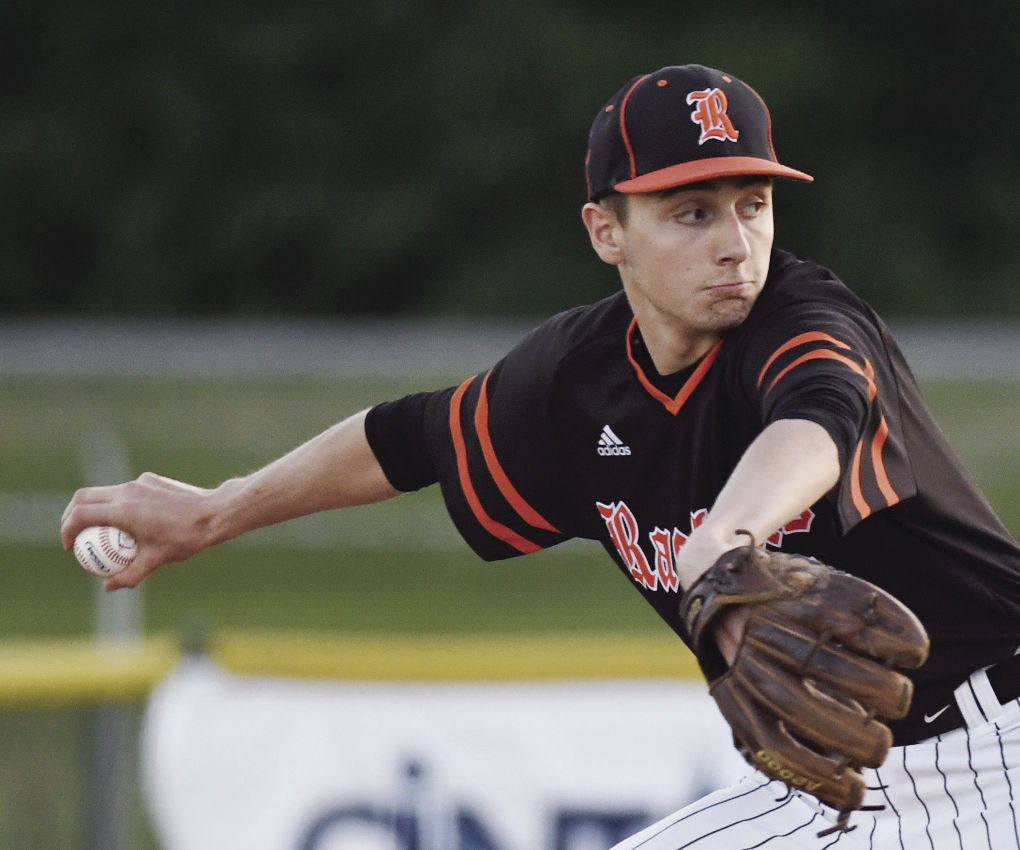 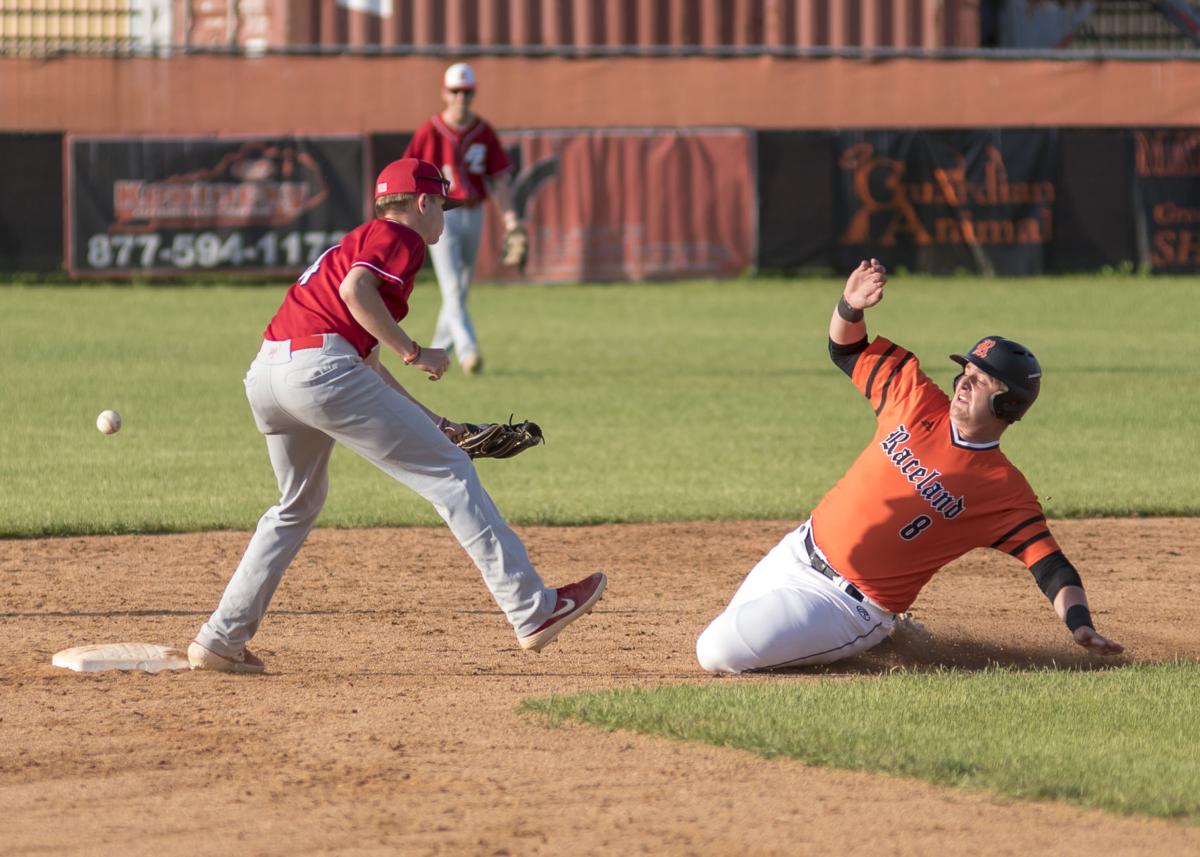 Raceland's Braydon Shore swipes second base as the throw sails into center field.

Raceland's Braydon Shore swipes second base as the throw sails into center field.

Baseball coaches in the 63rd District have long touted it the toughest in the 16th Region. The numbers agree.

The 63rd is the only district in northeastern Kentucky to send four different teams to the region tournament in the last two years, and is one of just four across the state to do that.

“The difference between one and four (seeds),” Raceland coach Marty Mills said, “I think we’ve proven that over the last several years that that can change the first round of the district tournament.”

By comparison, you have go back 17 years to find four unique region qualifiers from the 64th District, 16 years in the 61st and 15 years in the 62nd.

That’s where the Musketeers finished last season, but with that year of experience for what was an overly youthful bunch, they’re aiming higher in 2020. So are the Rams, who won 30 games for the first time ever last year and collected their first district title in 17 years and are looking to translate that to the region stage.

When and if this season begins — the global coronavirus pandemic has put that in question, with an unprecedented KHSAA mid-year dead period in effect until at least April 12 — Lewis County and Russell seek to put experience gained last spring into practice. The Lions edged the Red Devils, 1-0, in the district tournament semifinal to begin that process.

“We’re trying to establish our culture and what we want in our program,” Lewis County coach Sammy Holder said, “and that’s to expect to win.”

Countered Russell coach Tim Rice: “A lot of our guys understood what was going on last year. ... When we got back from the beach, we saw a lot of (opposing pitching) No. 1s and No. 2s. It’s sometimes hard to compete every day, day in and day out, against teams like that, but steel sharpens steel. We’re not gonna get any better beating up on some teams that we should beat up on.”

The Musketeers dipped from 37-6 and state quarterfinal participants to 10-22 and loser by run rule in the district semifinals in the span of a year, but in fairness, personnel-wise, the greatest similarity of those two teams was their uniforms. Greenup County tried to make up for the graduation of seven key contributors last year, and Logan thinks the experience the young Musketeers gained will kick in.

“Probably the best thing that could happen is 12 months older, and that’s gonna help tremendously,” Logan said. “When you put seventh- and eighth-graders out there, it’s hard to compete against kids 17, 18 years old, but at the end of the season, I thought we could play with a lot of people four, five innings, and then we just run out of go-go juice.

“Hopefully we find that, where we can be competitive the fifth, sixth and seventh, and I think that will come; it’s just gonna take some time. I think we got a good group coming back that’s gonna be really competitive.”

Hunter Clevenger was to be the Musketeers’ lone returning everyday starter last season as an eighth-grader, but he blew his knee out in a preseason game and missed the whole season. He went on to break his leg in a junior varsity football game in October but is expected to be back and ready to go.

“Hunter’s put on a lot of weight, some muscle we hope, and he doesn’t look like a freshman, I’ll say that,” Logan said.

Clevenger, Wireman, Carroll and sophomore Jonah Gibson will play in the infield, along with sophomore Brock “Gomez” Kitchen — his nickname is derived from 1930s-40s major league pitcher Lefty Gomez because of his southpaw status — and freshman Dakota Tuel. Bays is the primary catcher.

The coach has the top five spots in the Musketeers’ batting order more or less penciled in: Clarkson, who “runs as well as any kid that we’ve had here,” Clevenger, Wireman, Lacey and Greene. Logan looks for Tuel to contribute offensively, too.

The Lions said good-bye to great equalizer Seth Wright, one of the region’s aces, at graduation. They still expect a strong effort at remaining in the mix for a district title based on their approach.

“We take the field with confidence and we play the game the right way,” Holder said. “We play hard, we run balls out and play good defense.”

When he doesn’t pitch, O’Keefe is shifting to center field from first base. Junior Bryson Dummitt will take over at first, and senior Jacob Prater and eighth-grader Colton Tackett are competing for time at second base. Sophomore Logan Liles mans shortstop and Montgomery and Collins are third basemen.

Senior Wyatt Yates is “our staple” behind the plate, Holder said.

In talking about potential offensive leaders, Holder credited Montgomery for his offseason work, as well as Dummitt for losing some weight and getting back in shape. “Looks like a totally different kid,” the second-year coach said.

O’Keefe and Yates “do what they do” with the bat, Holder said. O’Keefe batted .342 last season. Liles was working his way into fine form as well, the coach said, when the dead period commenced.

Mills looks forward to the Rams’ attempt to build on a sterling 2019 campaign that included a school record for victories, a second straight trip to the All “A” Classic state semifinals and the end of a district drought — but ended sooner than Raceland hoped at the hands of a late Ashland rally in the opening round of the region tournament.

“These guys are pretty resilient,” Mills said. “We’ve got an older, mature lineup and our team chemistry’s been really, really good in the offseason, and all the preseason stuff was really, really good. These particular guys are all baseball players. They’ve hit the weight room really hard in the offseason, did a lot of extra work on their own, and they understand what they want out of this.”

Raceland’s defensive personnel will shift depending on who’s pitching on a given day — or in a given inning, Mills reminded. The Rams were using openers and “Johnny Wholestaff” and bullpenning long before it became fashionable to do so at the major-league level, and Mills pulls strings aligning the defense accordingly.

“That’s always been the strength of our team, guys playing multiple positions,” the coach said, “and we feel very comfortable doing that.”

Seth Mills and Heighton will play all around the infield, though Marty Mills said he would try to get them more time at corner infield spots to preserve them for pitching duty. Sophomore Conner Hughes will play in the middle infield, and senior Brayden Kelly will primarily catch.

Heighton and Seth Mills “come back with heavy bats,” Marty Mills said. They batted .418 and .433 last season, respectively, and combined for 75 runs batted in. Shore (.375), Francis and Kelly (.350) drew mention for their anticipated offensive production as well.

Rice anticipates “a reload and a chance to compete with anybody in our region,” he said. A strong 1-2 pitching punch fuels that belief.

Senior Isaac Jenkins and junior Daniel Blanton form that duo, which Rice touted as “formidable.” Jenkins posted a 1.80 ERA last season, capped by an 11-strikeout, six-inning complete game in the district semifinal. The only run of that game was unearned but enough for Wright’s Lions to prevail. Blanton composed a 2.83 ERA.

Williams mans first base, while junior Ethan Sharp and Tice are likely to be in the lineup somewhere every day. Tice, a utility man, should play second, third, center and left, Rice said. Junior Curtis Davis plays shortstop, and Sharp and Bartram will share time at third base.

Bartram is the top catcher, with Campbell and sophomore RJ Rigsby likely to receive too.

Tice and Sharp provide “a little bit of speed and a whole lot of contact” at the top of the Red Devils order, Rice said, and Bartram and Jenkins (.344, 19 RBIs last season) are “the boppers in the middle.” If the rest of the offense develops as Rice hopes, “our lineup could be pretty tough top to bottom,” according to the coach.

Coach’s outlook: "We've got some pretty good athletes. They're just still young, but we're gonna hopefully get better at it."

Coach’s outlook: “Our guys have worked extremely hard and are buying into our system. We have a good mix of younger and older guys on the roster.”

Coach’s outlook: “Russell is led by senior Isaac Jenkins who is the only returning starter from a year ago. We will lean heavily on a talented junior class, all of whom have the potential for a successful season in a very difficult and balanced 63rd District.”

Betty Sue McComas Hutchinson, 77, of Catlettsburg, Ky., passed away Friday, April 3, 2020, at her home. Mrs. Hutchinson was born June 18, 1942. in Lundale, W.Va., to the late Cletus and Matilda Crum McComas. Betty was also preceded in death by her husband Clifford Hutchinson in 2001; brother…

Nancy Kay (Gosnell) Street, 84, of Russell, Kentucky, died peacefully on Friday, April 3, 2020, at her residence. She was born in Alexandria, Ind., on October 30, 1935, daughter of the late Floris Louella Mitchel and Edgar Earl Gosnell. In addition to her parents, she was preceded in death b…