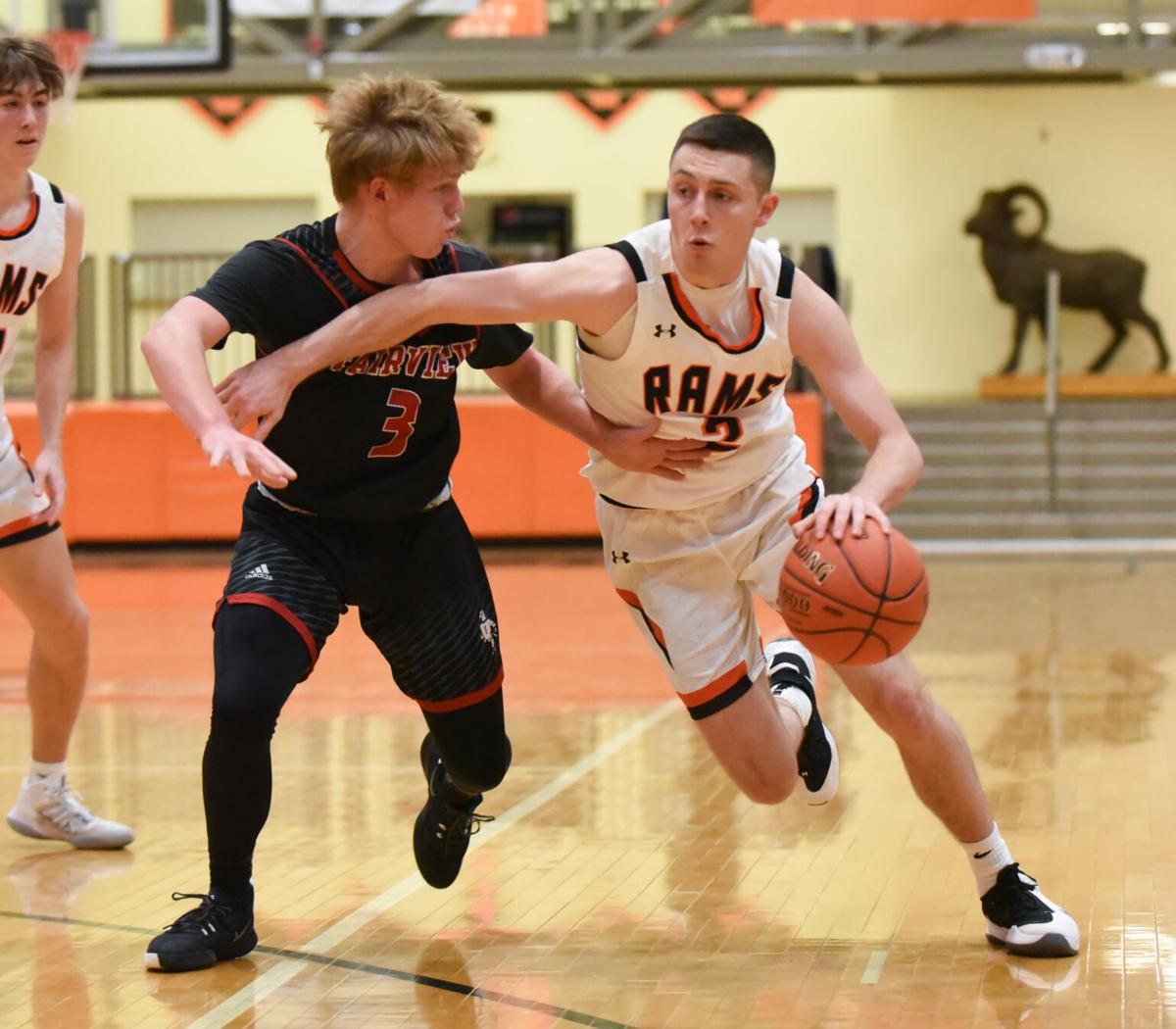 Raceland’s Kirk Pence drives as he is defended by Fairview's Jeremy Harper on Feb. 2. Pence signed with Glenville State in November. 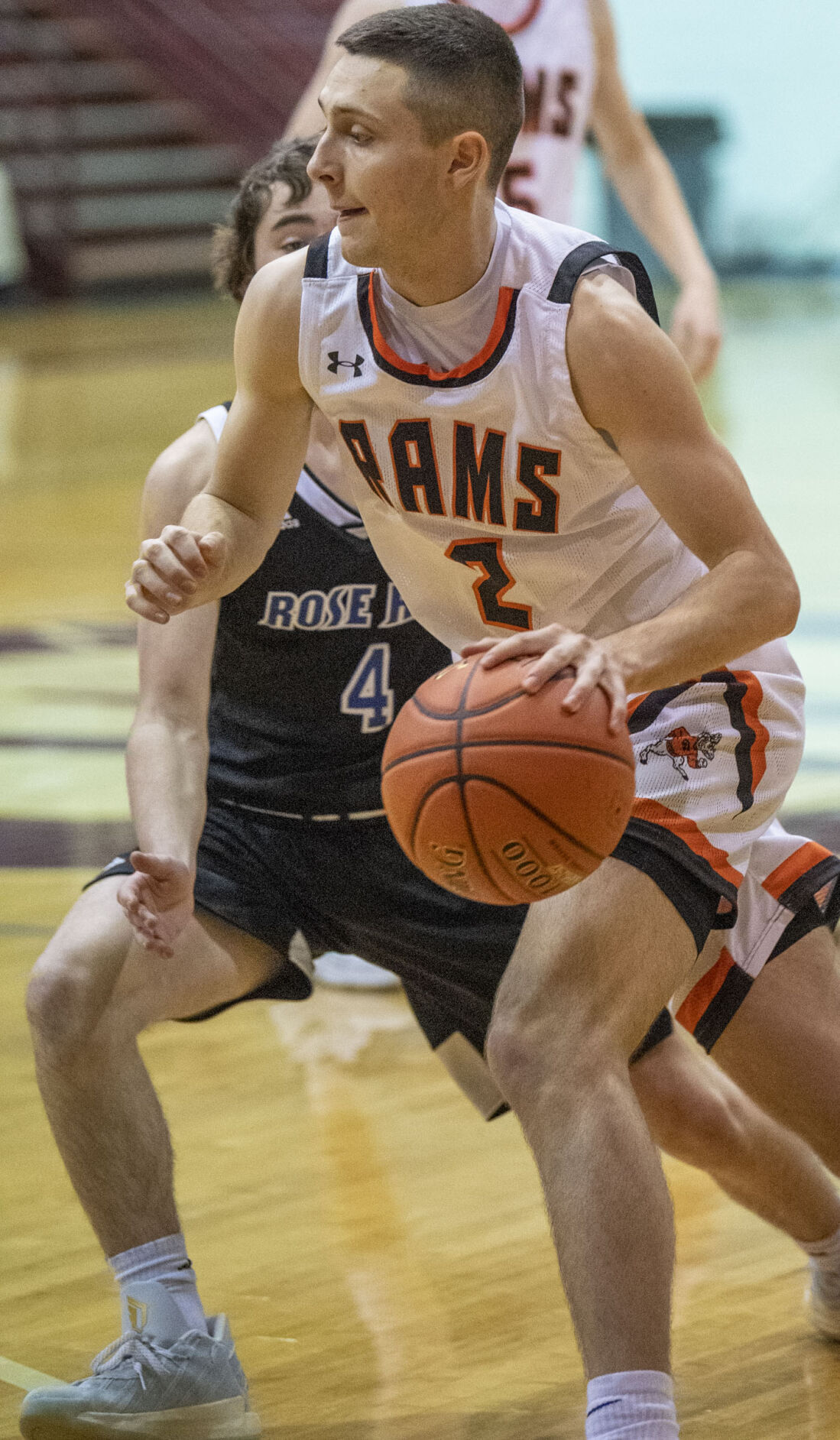 Raceland’s Kirk Pence dribbles past Rose Hill’s Luke Pennington during the 16th Region All ‘A’ Classic semifinals in Olive Hill on Jan. 11.

Raceland’s Kirk Pence drives as he is defended by Fairview's Jeremy Harper on Feb. 2. Pence signed with Glenville State in November.

Raceland’s Kirk Pence dribbles past Rose Hill’s Luke Pennington during the 16th Region All ‘A’ Classic semifinals in Olive Hill on Jan. 11.

Glenville State’s basketball program is on the rise and third-year coach Justin Caldwell is looking for players to further the ascent.

The selling point caught the attention of Raceland senior Kirk Pence during the recruitment process. The guard decided that the school would be the best place to take his game to the next level.

Pence signed his letter of intent last November at the high school gym.

“From the beginning, coach Caldwell talked about where the team was headed,” Pence said. “He said fourth or fifth in the conference wasn’t good enough. They wanted to be on the top of the conference and nationally ranked. It was the bottom line there. He will not accept anything but the best and that’s something I really wanted to be part of.”

The Pioneers have started to achieve their coach’s vision. Glenville State, a Division II school located northwest of Charleston, is 6-2 as of Feb. 7, and ranked No. 24 in the latest coaches’ poll and No. 11 in the media poll.

Pence said the Pioneers met all his needs on the court and in the classroom.

“I’ve said that I would go to a school that is the best fit for me,” Pence said. “I really loved Glenville State. It met everything I needed for academics and what I wanted to do athletically playing basketball.”

Pence is a two-time All-Area player that has experienced meaningful varsity minutes since he was in junior high. He made the 63rd District Tournament team as an eighth-grader and excelled at the 16th Region Tournament as a freshman.

Raceland coach Bob Trimble could see the maturity in Pence’s game during that time. The work he puts in during the offseason has given him the tools to succeed in college.

“He’s gotten a lot stronger,” Trimble said. “He played AAU ball and played against some good competition. He set goals at a young age and he has really worked to put himself in the best position to reach those goals.”

“He had an injury last year that prevented him from pitching during baseball and lifting weights,” he added. “He’s had a full year to be healthy. He is a hard worker. He’s in the gym before school and after practice. He is a 4.0 student.”

Pence has added a physical element to his game. It has evolved from a jump shooter to attacking the tin and finding ways to get to the free throw line.

“It comes along with age,” Pence said. “The experience of playing (helps). You have to know how to get to spots. I love playing with my teammates and trying to create more. Roles always change year to year with personnel.

“Coach Trimble is really big on preparation and taking care of the work that needs to be done. Everything will fall into place as long as you take care of what’s needed to help the team.”

Trimble said Pence has taken on a bigger leadership role this season. The senior averages 24.6 points and grabs six rebounds a game.

“This year he’s more vocal than he’s ever been,” Trimble said. “On the floor, he is talking to guys and getting them to where they need to be. He’s not a real outgoing, loud type of a guy. He has gotten better at that. He’s a guy that wants everybody to get better because he knows that helps the team get better. He’s willing to do whatever it takes.”

Caldwell is a former Glenville State player. The Pioneers won 14 games in 2019-20 and sits at 6-2 this season.

“When someone is that invested in the program,” Pence said, “it will always mean that much more to them.”

The Pioneers like to get up and down the floor on offense. Glenville State averages 93.4 points a contest.

Pence feels he has the ability to play both guard positions.

“I just want to get better in all aspects of the game and get bigger, faster and stronger,” Pence said. “I will work hard to put myself into position to do whatever coach Caldwell asks of me and whatever is needed for team.”

Pence wants to make the most of the time he has left in a Rams uniform. Raceland hopes he can help guide the team back to the region tournament.

He still took time to cherish his socially-distanced signing day in front of his family and teammates.

“I’m humbled and grateful,” Pence said. “You work for something for so long. It seems like it’s far away in the distance. To actually have that day come and be present in that moment, it was very special.”

“I’ve had so many memories here,” he added. “There is really no place like Raceland. It’s a really special place. The support from the teachers, students and coaching staff is second to none.”

Pence plans on studying sports management in college and eventually get into coaching.