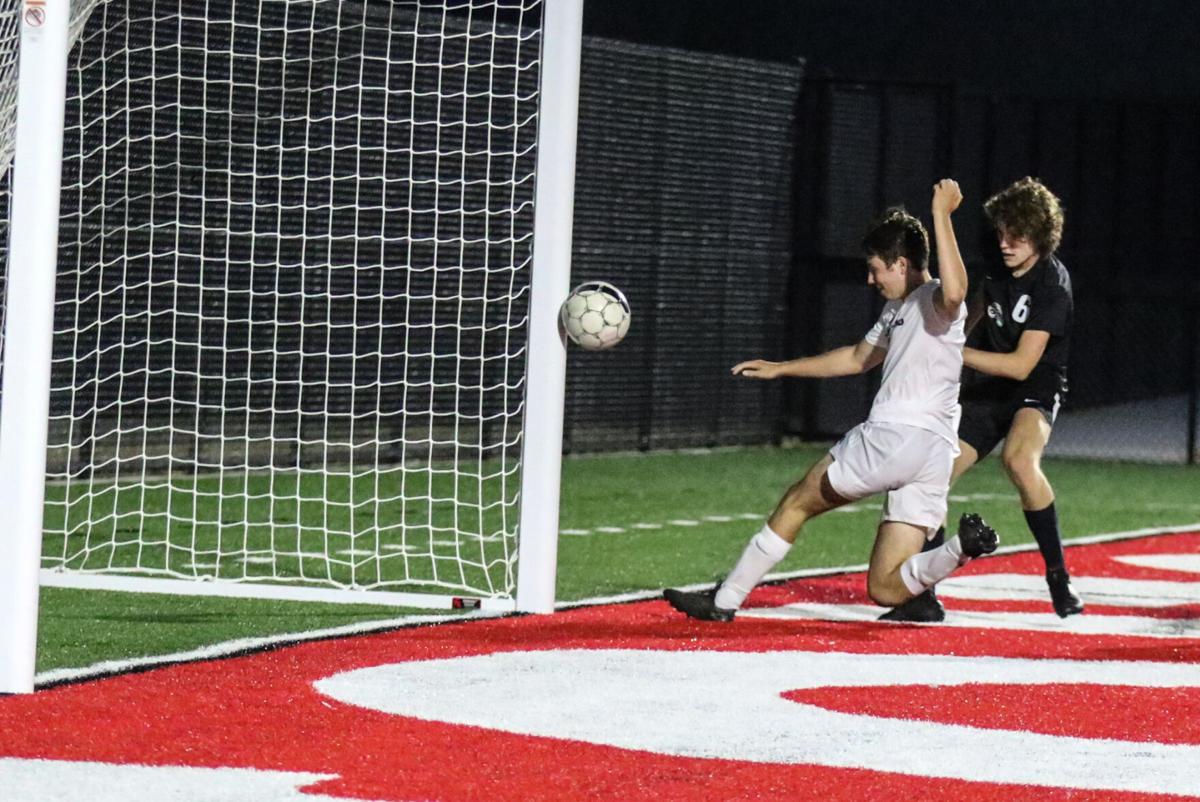 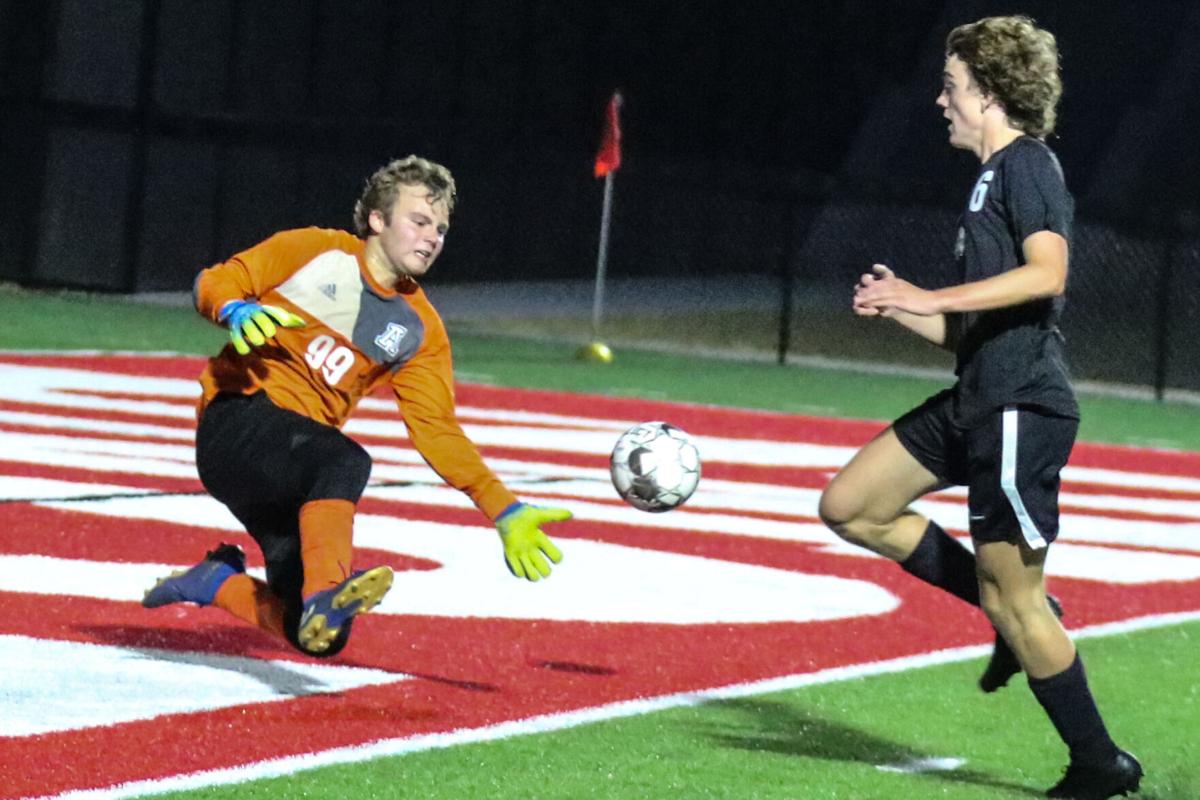 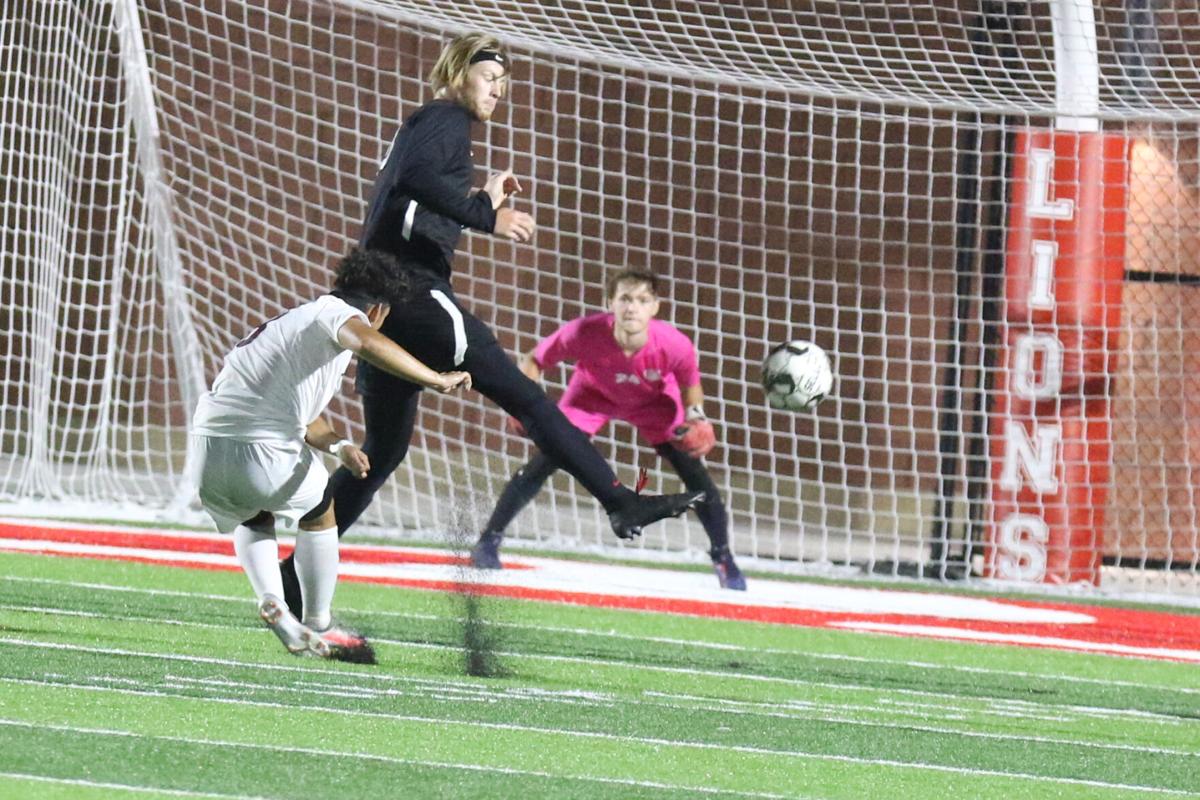 Ashland's Santiago Gutierrez gets a shot at goal off before Boyd County's can block. Lions goalie Jack Samuel looks on. 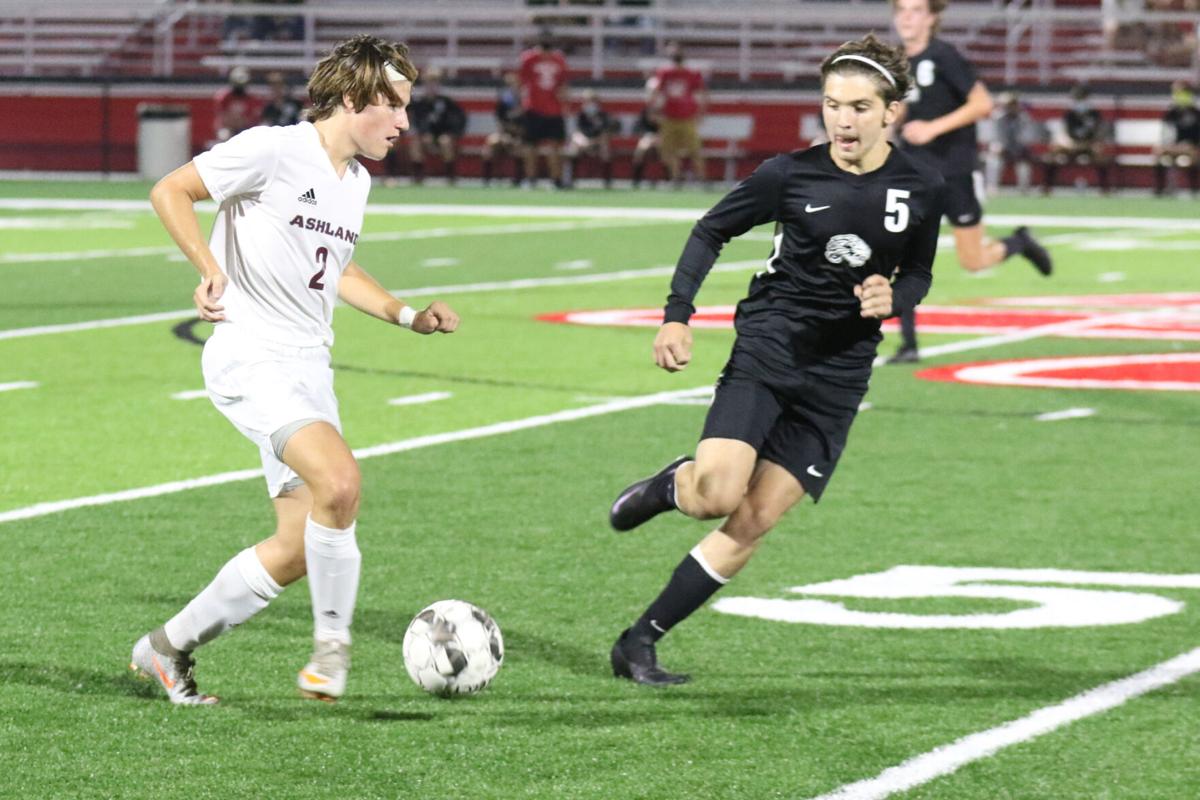 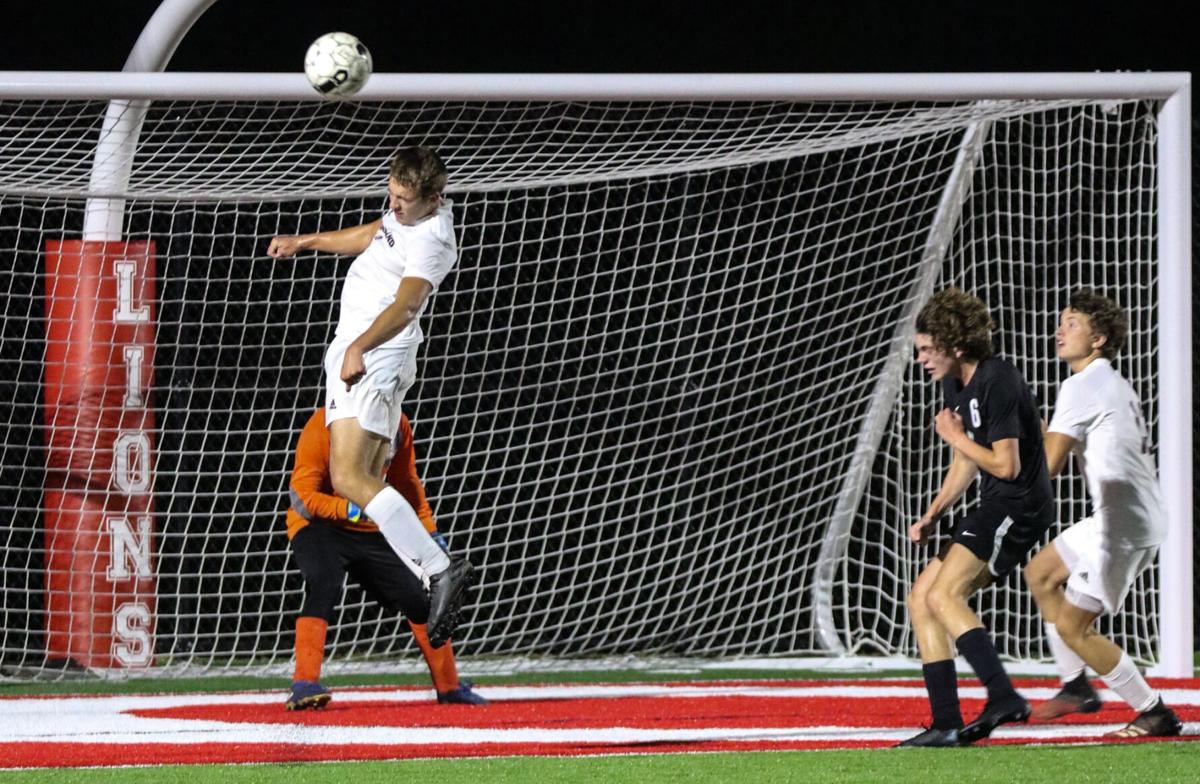 Ashland's C.J. Hunley heads a ball clear of his goal before the cross can reach Boyd County's James Terrill.

Ashland's Santiago Gutierrez gets a shot at goal off before Boyd County's can block. Lions goalie Jack Samuel looks on.

Ashland's C.J. Hunley heads a ball clear of his goal before the cross can reach Boyd County's James Terrill.

He determined that their opponents would all season long.

The junior forward bookended goals to start and end Boyd County’s 2-0 win over rival Ashland and opened the school’s new athletic complex in style. Price said Terrill’s scoring and speed showcase is a direct result of his preparation.

“We knew that J.B. would be a problem,” Price said. “If you watched the game, you knew he is going to be a problem for other teams. I am thankful for coach Becca (Chaney) and the cross country team and the work that J.B. puts in. It’s a credit to him because he is fast for a reason. He has really put in the work to be that way. He really gets on you quick.”

Terrill wasted no time finding the scoring column and supplied the Lions with some early momentum. He rocketed a shot past the Ashland keeper in the first minute. Boyd County wanted to set the tone with its aggressive nature and speed.

“We talked about going fast,” Logan said. “I didn’t know that we were going to go that fast, to be honest. That was a nice surprise. I was really happy that we didn’t take the foot off the pedal after that either. We were unfortunate that some shots didn’t go in, but that was a credit to Ashland. They were making some plays. Hats off to their keeper tonight. He did a great job of keeping us out of the goal.”

Ashland (0-1) keeper Matthew Jimison denied the Lions other opportunities for much of the contest while facing numerous shots, including blocking a penalty kick midway through the first half. The early Boyd County goal stood up in the opening 40 minutes and the Lions held a 1-0 lead at halftime.

“Our keeper definitely kept us in the game,” Ashland coach Preston Freeman said. “Our midfield let us down big time today. Our midfield was so stretched from the first minute of the game. Our guys didn’t put their heads down when we gave up that goal. We kept battling. I will give our team credit. We kept battling in ways, but we just weren’t physical enough.”

Freeman said the Lions stayed in the attack mode and his team was unable to adjust.

“They were a lot more physical then we were,” Freeman said. “Their mentality from the outset was to go at us hard. They accomplished that. We were back on our heels. They pretty much attacked us from the get-go.”

“They are a veteran team,” Logan added about his Lions. “They are grinders. They will continuously come after you. So for these guys to go away, it will have to be a knockout punch. They will stay in and hold their own. I was proud of them.”

Boyd County (1-0) found some breathing room with 13 minutes remaining. Rylan Keelin found a streaking Terrill down the field and the pass hit his teammate in stride. Terrill gathered and blasted the ball into the back of the net.

With the trials and tribulations over the last few months, each contest will take on new meaning this season. As the Lions prepared to take the field, Price could sense that the team grasped the moment.

“We have talked all summer and I’ve had to do some self reflection about what I am thankful for and grateful for,” Logan said. “It’s these guys and this team. We can’t take anything for granted. All the things we went through and everything we had protocol to do. Tonight was the payoff. ... To have that energy, it was really nice for the guys.”

Price found time to appreciate Boyd County’s new facility after the game. He couldn’t help to reminisce about the team’s former home.

“We miss the atmosphere down at the bottom of the hill,” Price said about the old Boyd County soccer field. “When the fog rolled in for an 8:00 game against Ashland, it’s a different feel. We have learned to love it and be thankful for it. Our adminstration and our Board (of Education), who put in the work to put this together, we are so thankful. For us to get to open it up, we hope we made everybody proud.”