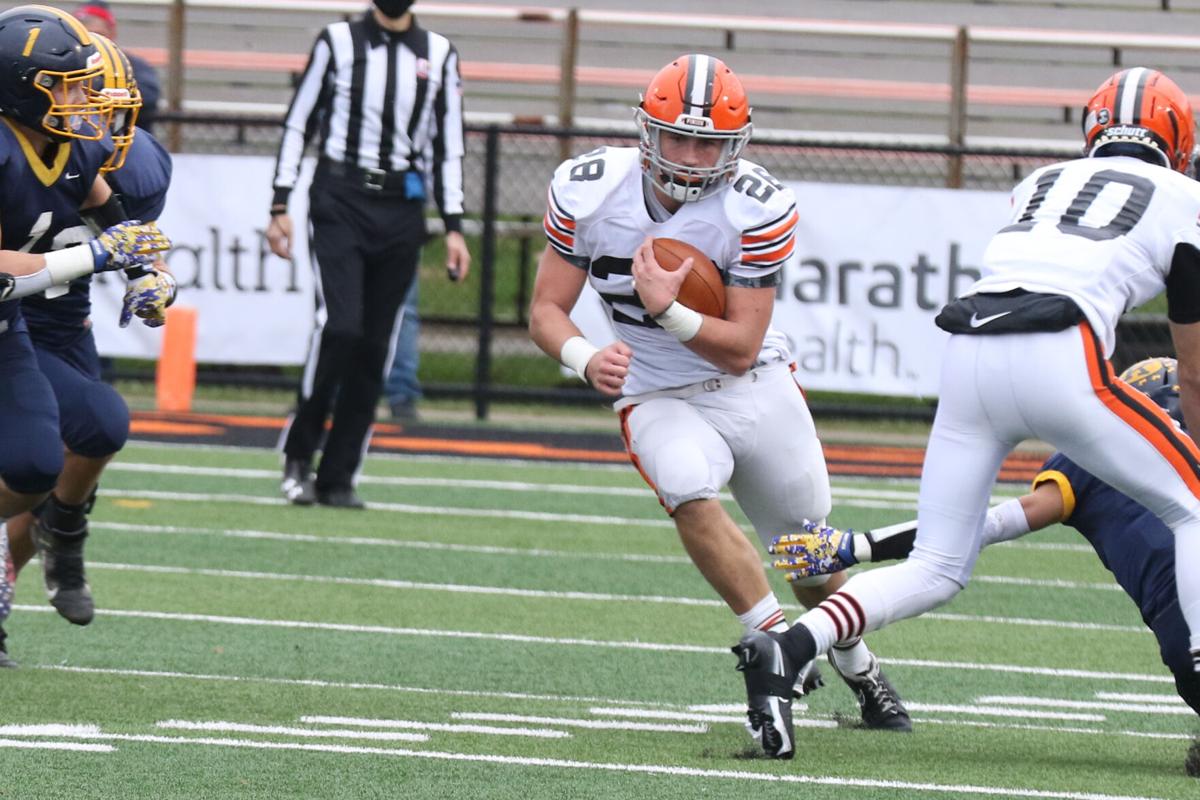 Ironton’s Reid Carrico cuts the ball upfield in the first quarter of Saturday’s loss in the state title game. 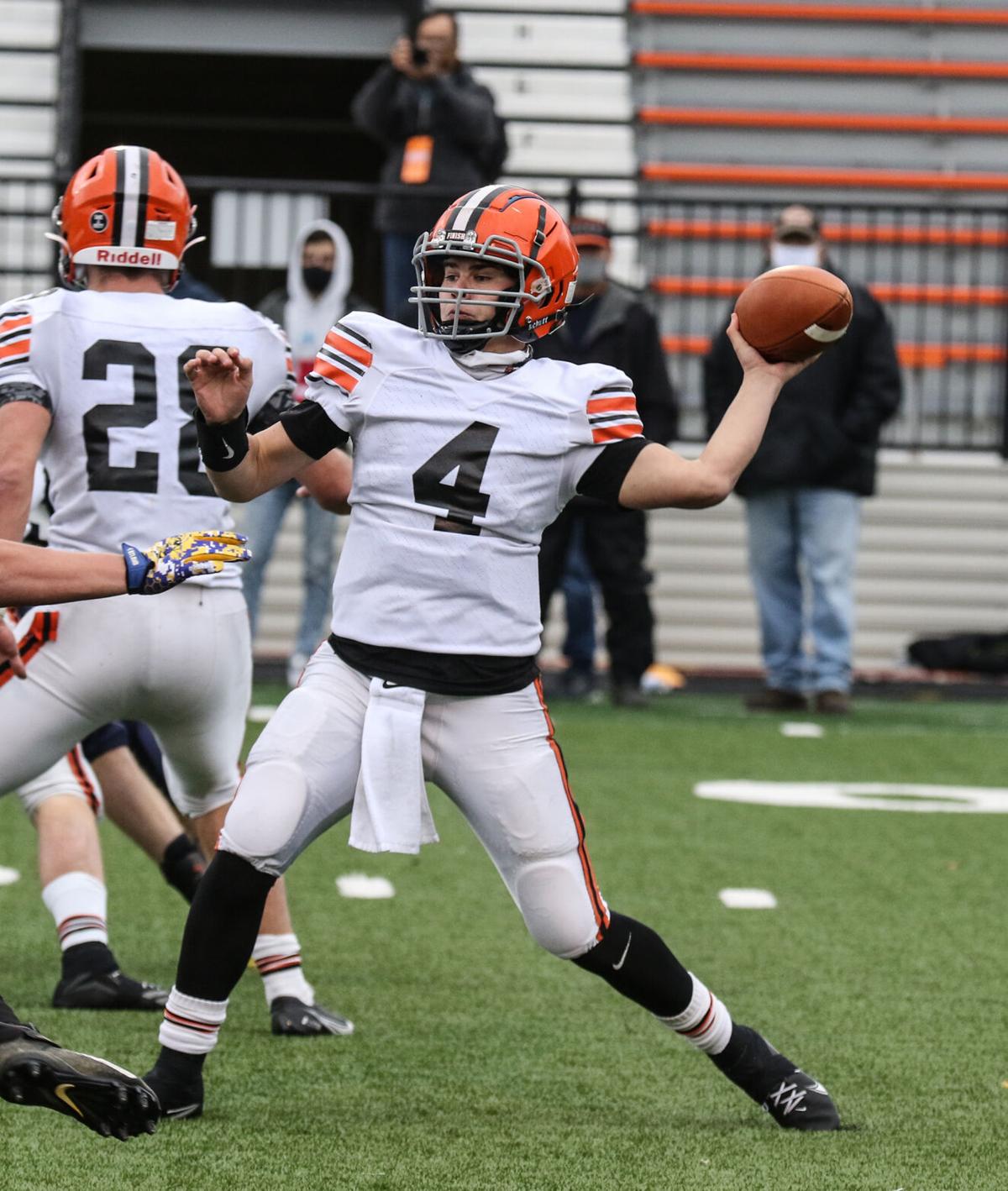 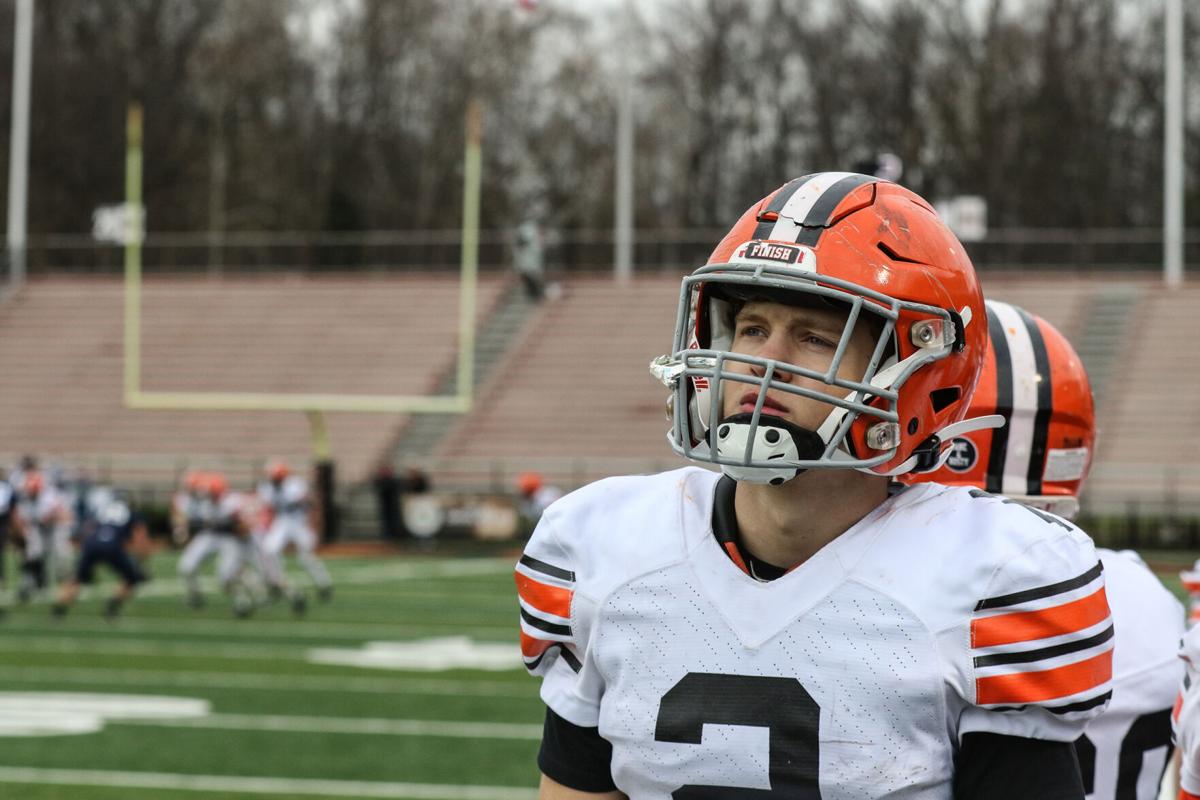 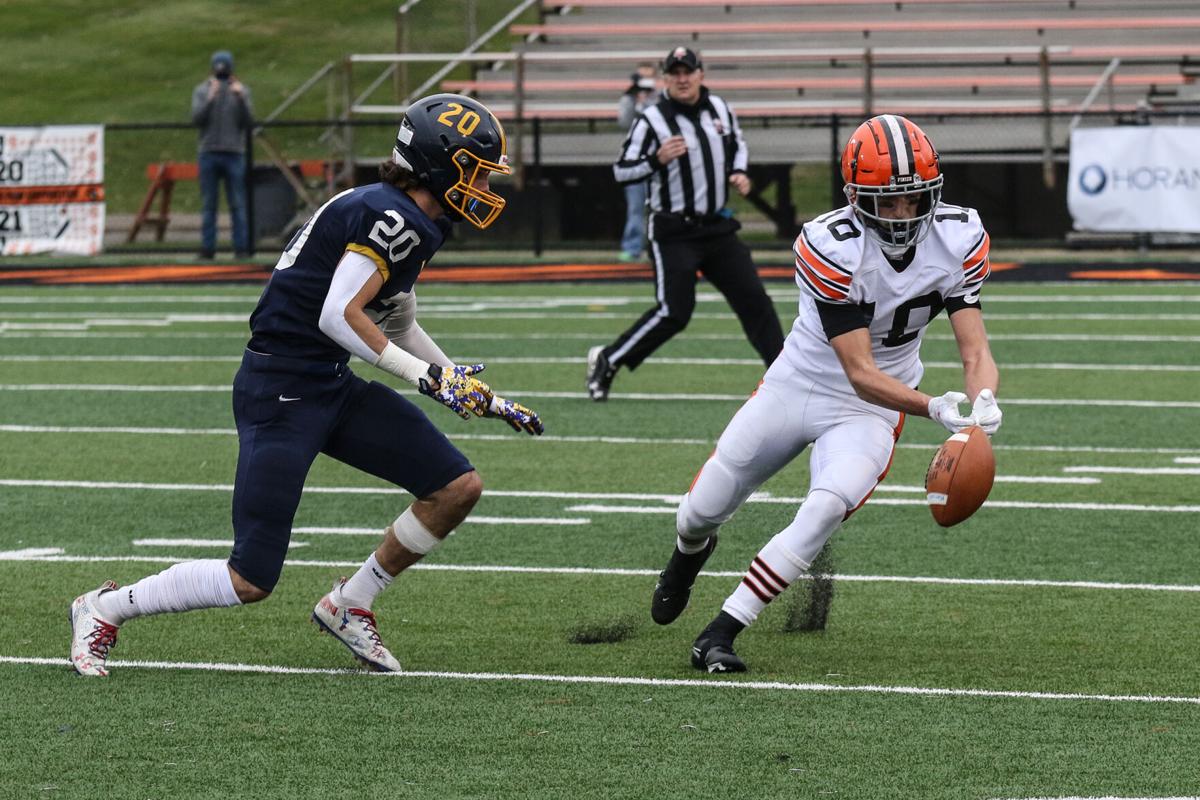 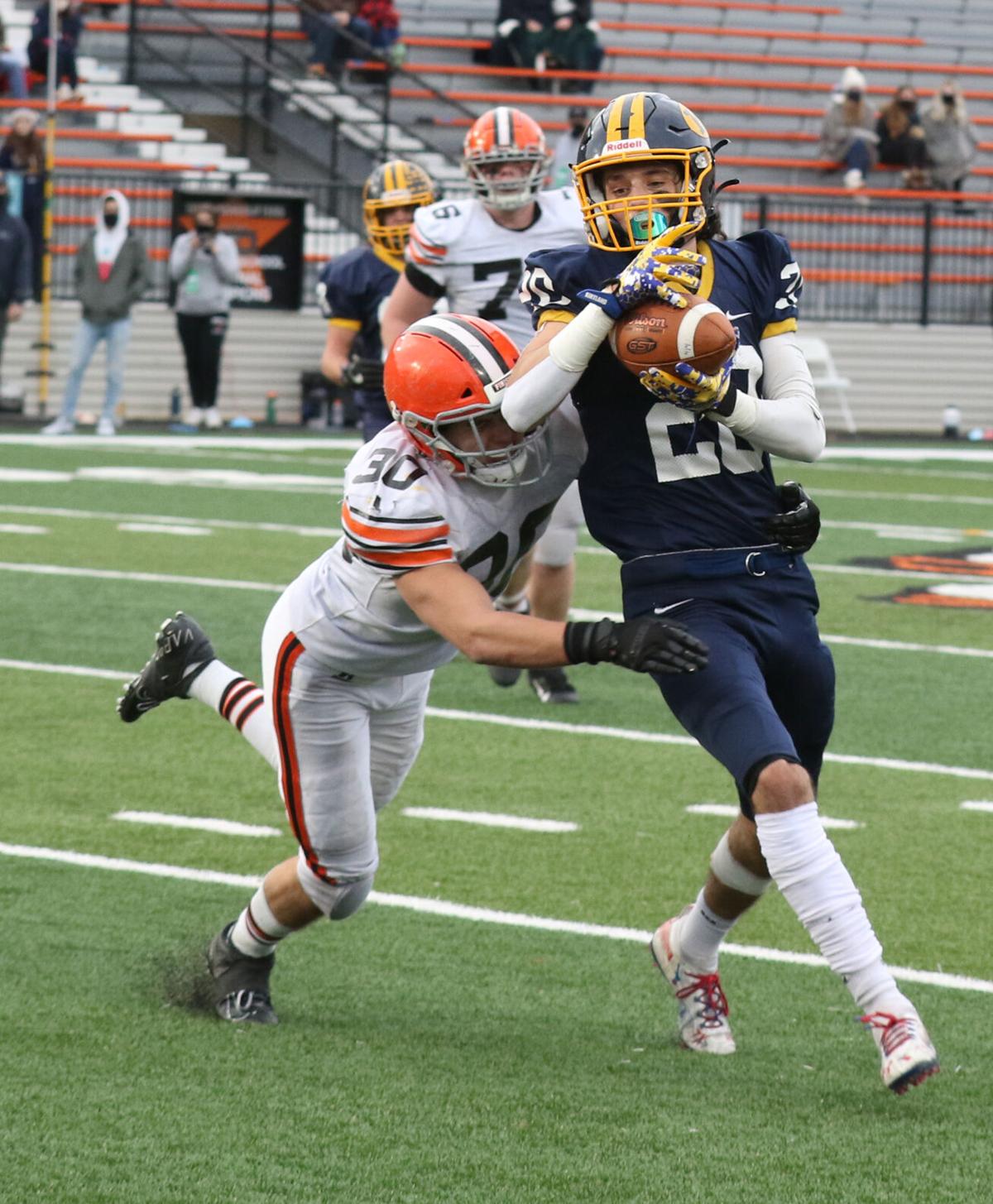 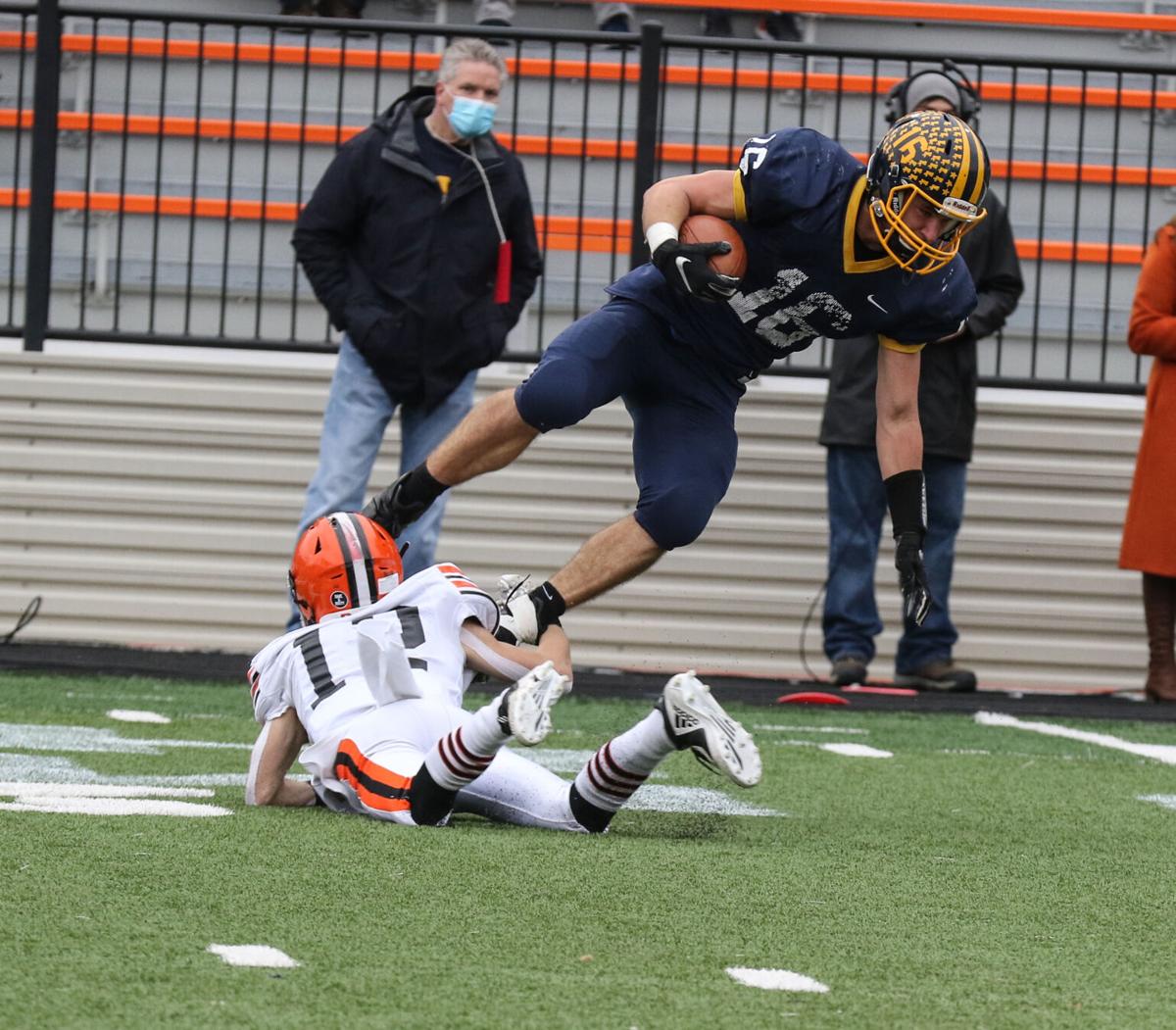 Ironton’s Aaron Masters makes a shoestring tackle on a Kirtland's Anthony DeMarco during a return in Saturday’s game. 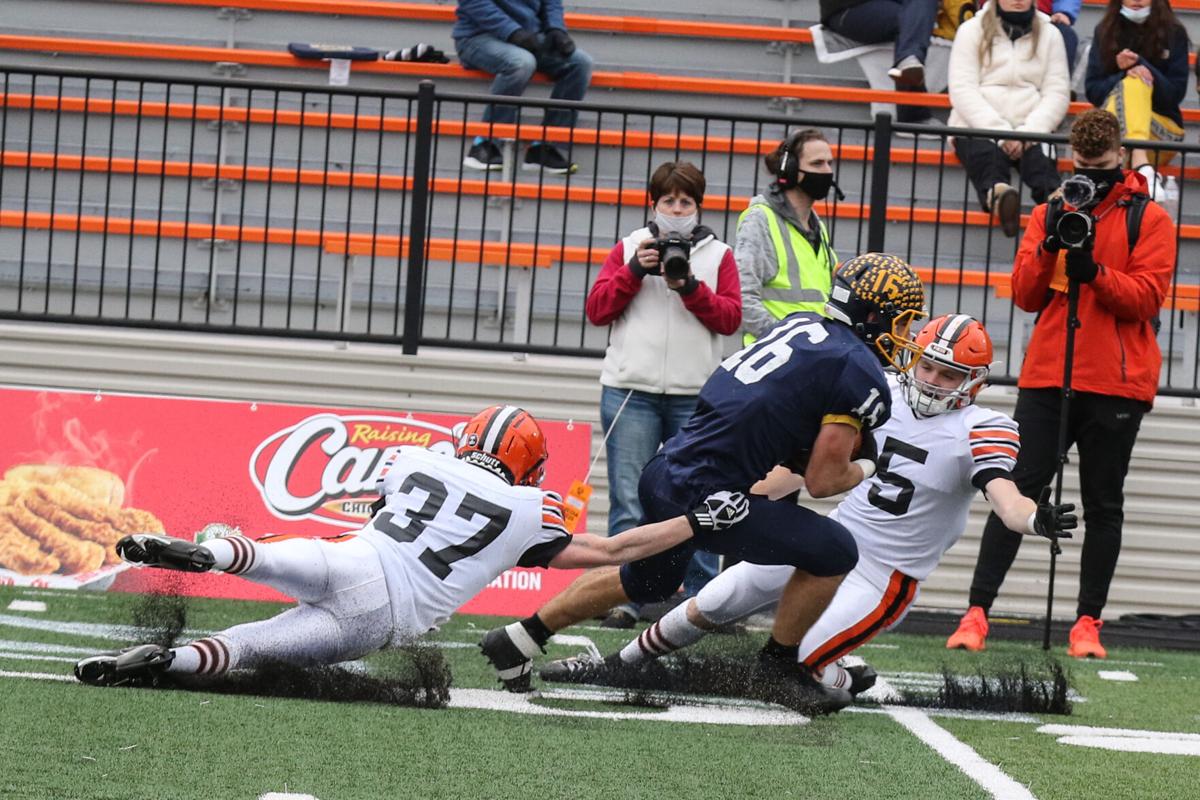 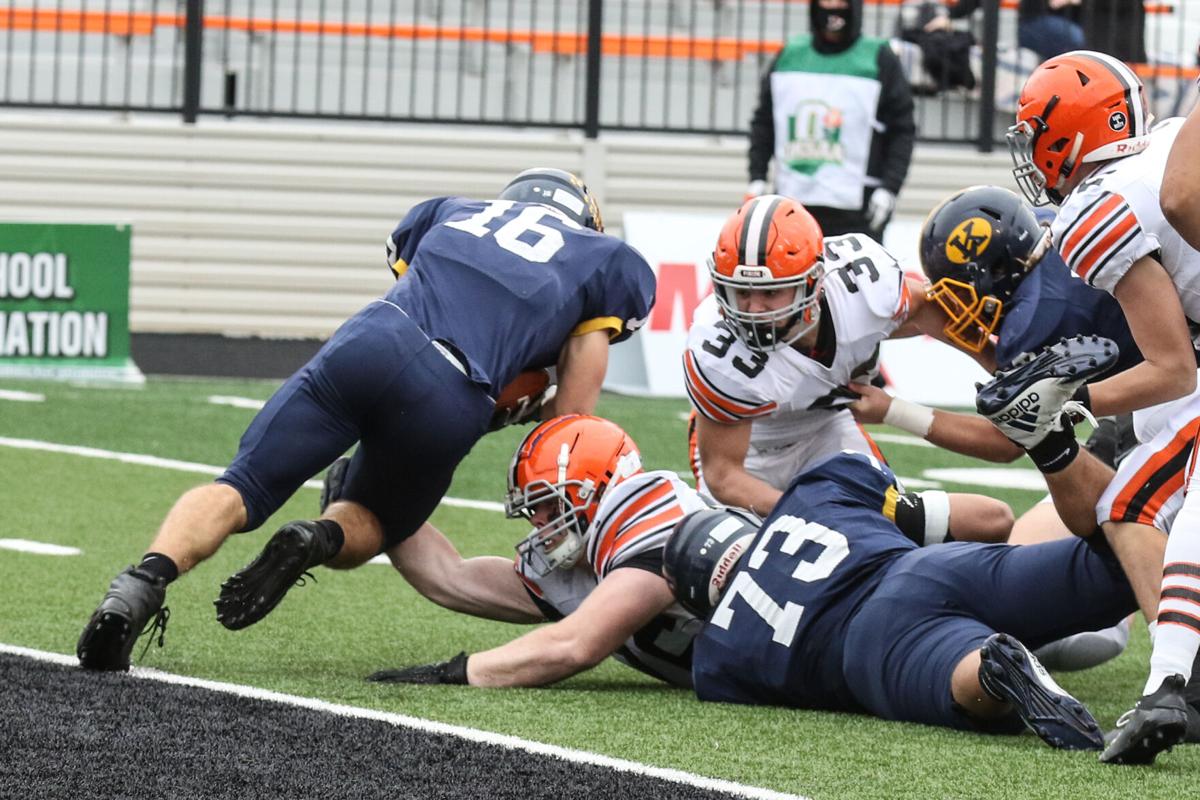 Ironton’s Nate Cochran fights through a block to tackle Kirtland runner Anthony DeMarco in the first quarter of Saturday’s game.

Ironton’s Reid Carrico cuts the ball upfield in the first quarter of Saturday’s loss in the state title game.

Ironton’s Aaron Masters makes a shoestring tackle on a Kirtland's Anthony DeMarco during a return in Saturday’s game.

Ironton’s Nate Cochran fights through a block to tackle Kirtland runner Anthony DeMarco in the first quarter of Saturday’s game.

The Hornets extended one of the longest winning streaks in the country on Saturday afternoon. Kirtland also secured its third consecutive Ohio Division V state championship, and its sixth in the last ten years, with an impressive 38-0 victory over Ironton at Paul Brown Tiger Stadium in Massillon.

Hornets coach Tiger LaVerde, who improved his record to 175-17 in 15 seasons at Kirtland, said the program’s success and longevity takes years of commitment.

“Tomorrow, they will all be in the weight room, LaVerde said. “Or course, they will have to find a weight room somewhere, but they will find one. These kids have an incredible work ethic. The kids learn what it takes in third, fourth and fifth grades. It just becomes the norm around here.”

“We have a great community that supports our kids,” he added. “… To give them a little bit of joy after seeing what these kids just did, it is really cool. Everybody can smile tonight.”

Ironton only trailed 10-0 at intermission, but First-Team All-Ohio Hornets running back Mason Sullivan opened the second half with a 32-yard sprint up the sideline. He culminated the drive with an 17-yard touchdown run six plays later.

“I think there was several times that we could have swung momentum,” Ironton coach Trevon Pendleton said. “Unfortunately, we didn’t do anything to help do that. We could never get the momentum in our favor. High school football is a game of momentum. If the ball bounces differently here or there, you have an opportunity.”

“I think for the game we had 28 offensive plays,” he continued. “That is not a really successful formula.”

Kirtland (11-0) ran 70 plays to the Fighting Tigers’ 28 and outgained Ironton, 408 to 58, in total offense. The Hornets stacked the line of scrimmage and stymied the Tigers rushing attack, allowing just 45 yards on the ground.

“We knew we had three solid guys in the back end, (Anthony) DeMarco, (Danny) Davidson and (Joey) Grazia,” LaVerde said. “We are really comfortable with those guys. We wanted to get eight guys to the ball and stop the run. We watched their films. They want to overpower you. They want to give (Carrico) the ball and let him lean on you. That was my biggest fear, letting them run down the field and get four yards a pop.”

After an initial three-and-out by Ironton (11-1) to begin the game, a 58-yard punt pinned the Hornets inside their own 5-yard line. The Tigers got the ball back in Kirtland territory but turned the ball over on downs. The Hornets answered with a 11-play drive and Mario Rodin booted a 30-yard field goal for the game’s first points.

The Hornets’ ball-control offense struck again and held the ball for 14 plays on their next possession. Grazia corralled a dime from quarterback Liam Powers along the sideline but officials ruled he was out of bounds. The huge jumbotron at Paul Brown Tiger Stadium showed a different story and after a replay review, the call was overturned.

Powers closed out the drive with a 1-yard scoring plunge to give Kirtland a 10-point lead.

“They are well-disciplined,” Pendleton said of Kirtland. “They are a well-coached football team. They do things the right way. They are very similar to us, but we never could get them off-balanced.”

Sullivan had 19 carries for 125 yards. DeMarco added 79 rushing yards on the ground and a score.

After an Ironton turnover, Sullivan showed off his arm after finding his brother, Gage wide open down the field. Mason hit him in stride for a 50-yard scoring strike with the halfback pass in the third quarter. The Hornets needed just five plays to score again with DeMarco’s short TD run.

Kirtland took advantage of a second takeaway to start a running clock early in the final period. Powers connected with Davidson and the senior nimbly avoided the sideline to scoot in with an 18-yard touchdown catch.

Davidson picked off a Tigers pass, and the Hornets ran out the clock to preserve their 41st straight victory. According to Max Preps, it is the fourth largest active winning streak in the country.

“I can’t even put it into words,” LaVerde said. “To see what they do 365 days a year in the weight room and then see them come out and perform like they did, it doesn’t seem real right now. These kids will remember this game for a long time.”

The departing Ironton seniors brought the championship culture back to the program, guiding the Tigers back to the state stage. The Tigers made their second straight trip to the state finals this season and their 10th overall. Pendleton said their leadership will leave a lasting impression.

“That’s where the focus needs to be,” Pendleton said. “I can’t say enough about these kids with all the work that they have put in. They put in countless hours and arrive in the morning when no one is watching. These guys always show up and work. They are great leaders and great men off the field. I am proud of them. I am proud of how they left the program.”