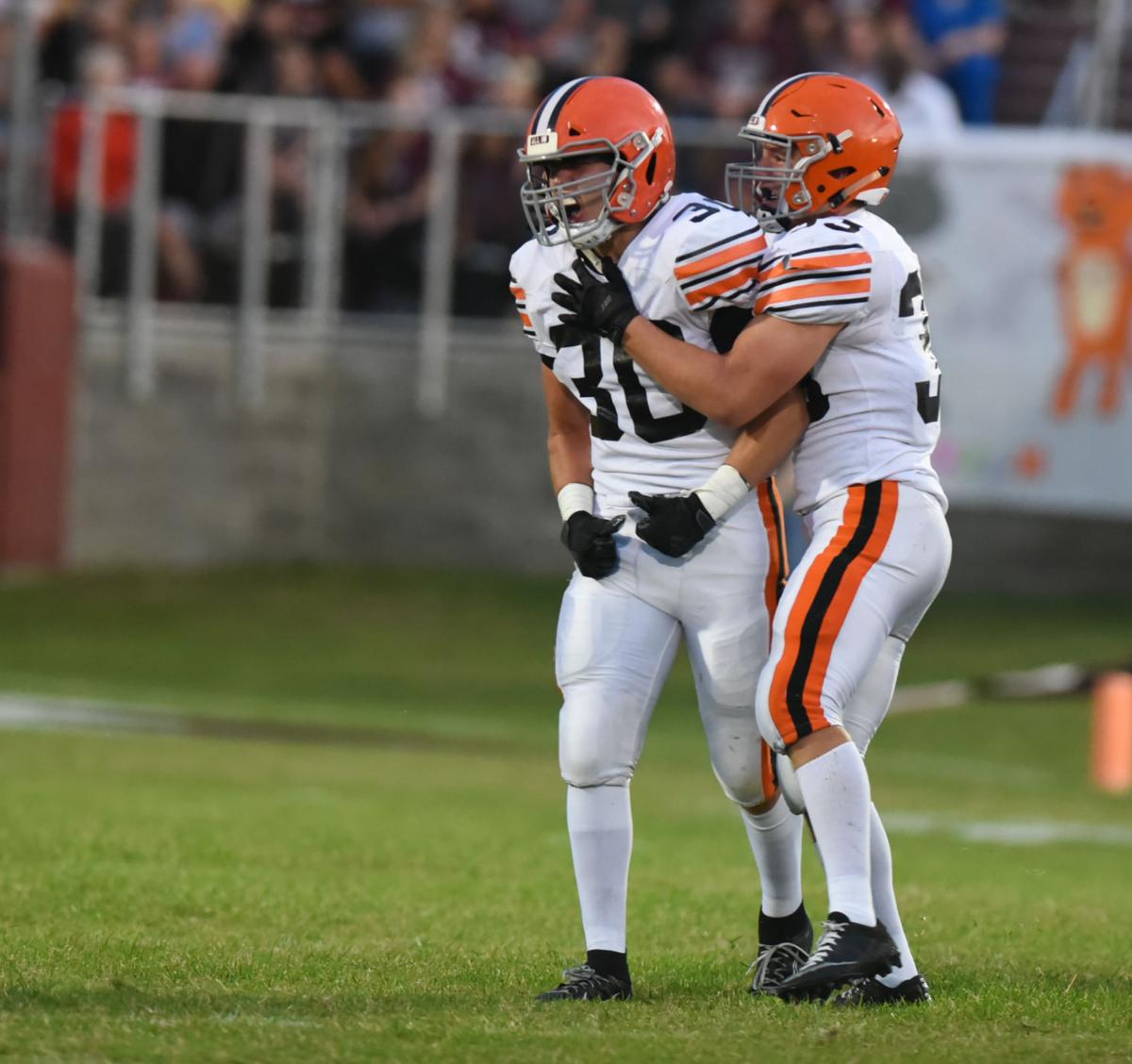 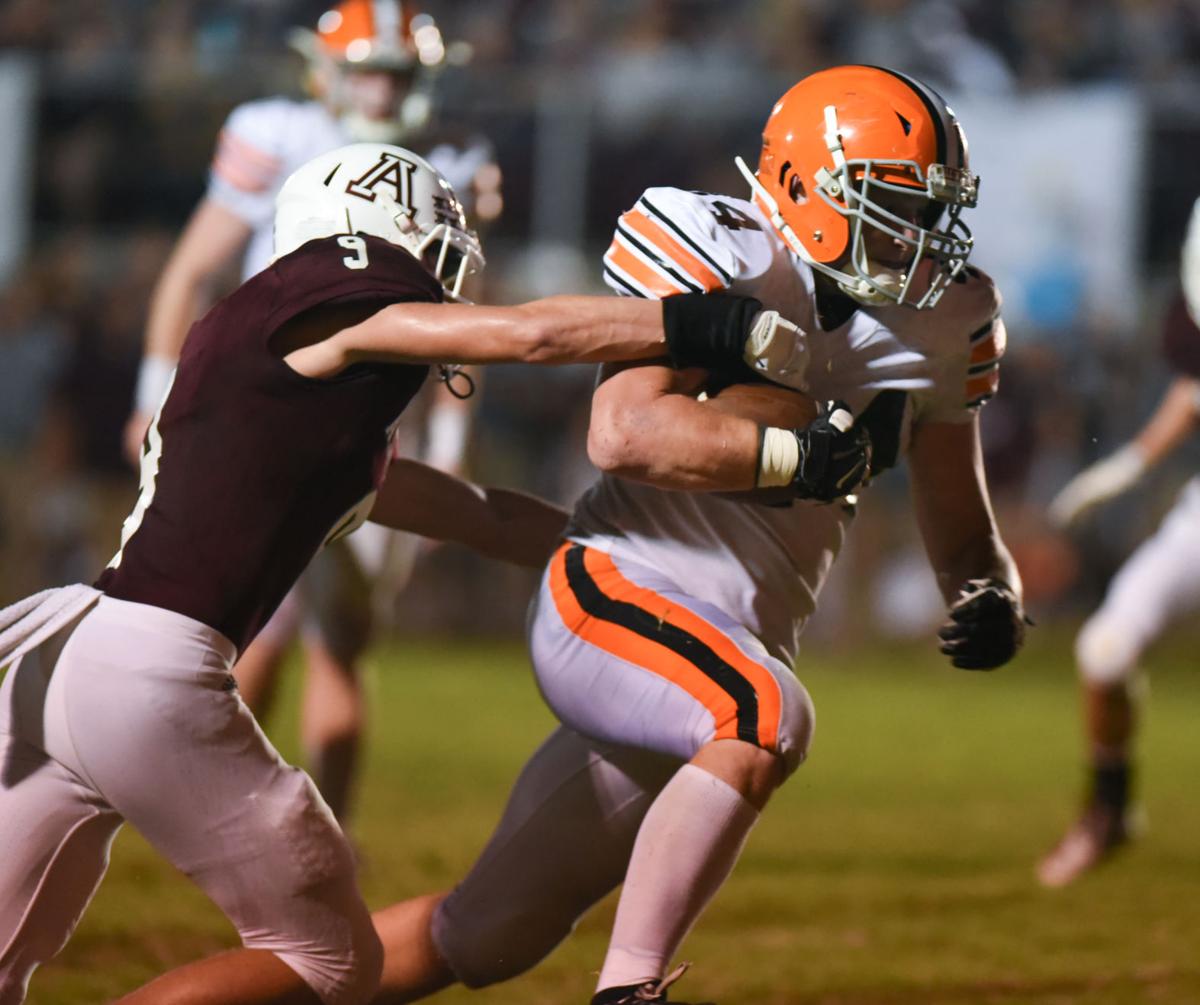 Ironton's Seth Fosson rushes for the touchdown on Friday evening against Ashland. MARTY CONLEY/ FOR THE DAILY INDEPENDENT 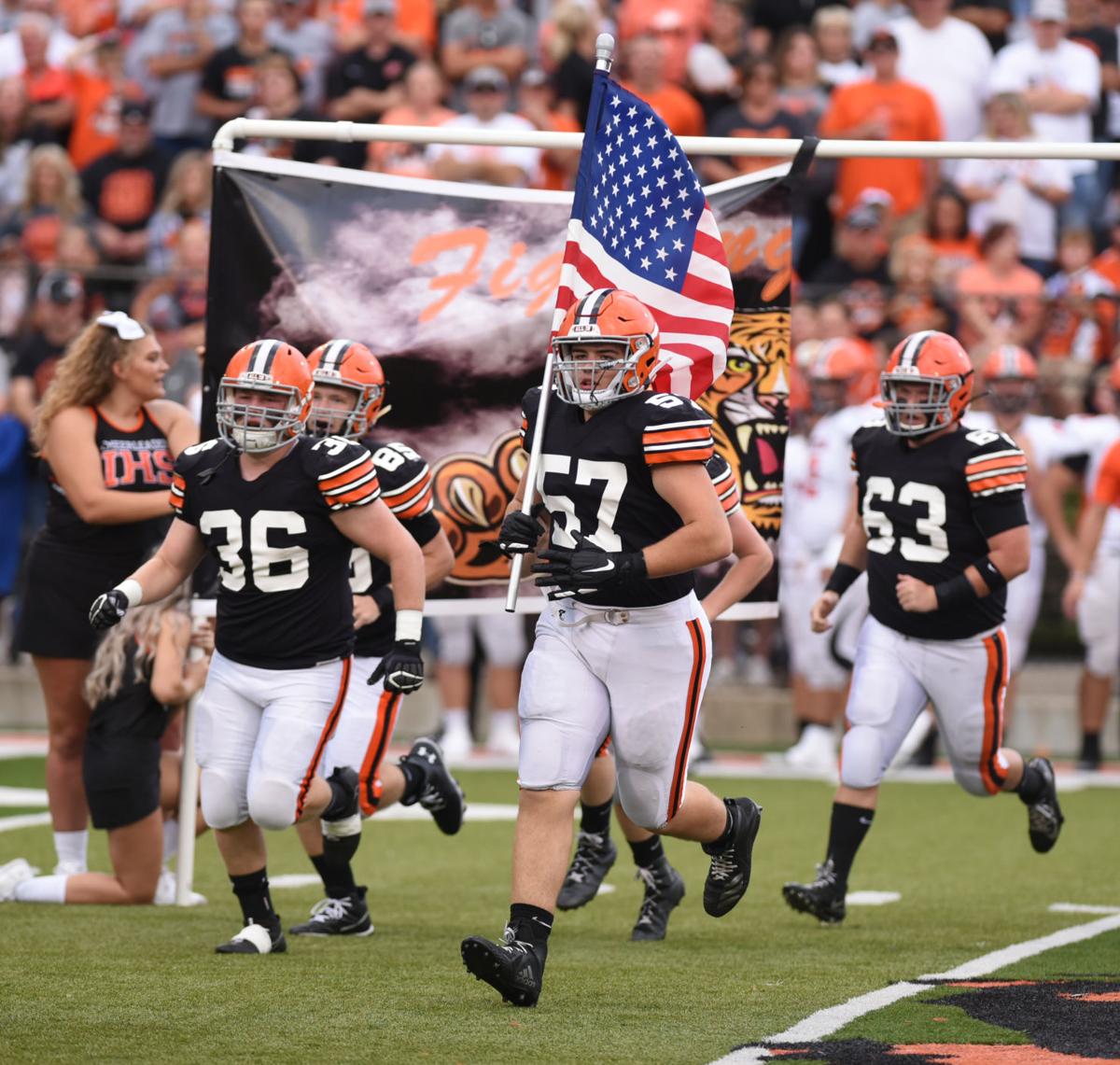 Caden McFann of Ironton carries the flag on the field on Friday evening against Wheelersburg. MARTY CONLEY/ FOR THE DAILY INDEPENDENT 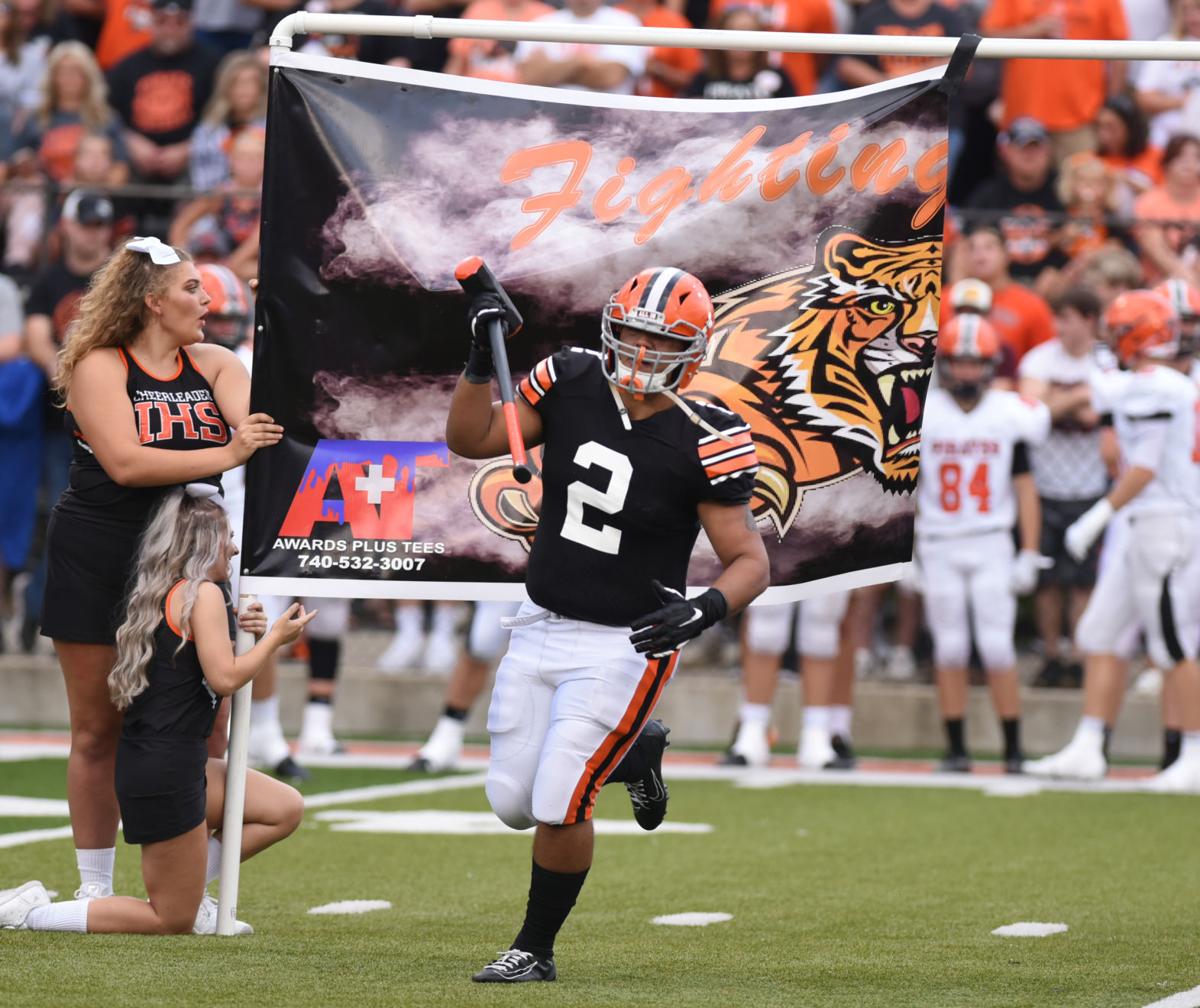 Ironton's Seth Fosson rushes for the touchdown on Friday evening against Ashland. MARTY CONLEY/ FOR THE DAILY INDEPENDENT

Caden McFann of Ironton carries the flag on the field on Friday evening against Wheelersburg. MARTY CONLEY/ FOR THE DAILY INDEPENDENT

He did the same thing on Thursday.

Nearly five months ago, the second-year coach stood with his bunch outside of Tom Benson Hall of Fame Stadium. He wasn’t about to let them enter the gates, though, even if they could.

“We told them the first time we step in there will be this year,” Pendleton said.

“We told them they’d be playing Kirtland for the Division V state championship,” said the coach.

Tonight at 8, Ironton will do just that as it meets the Hornets for all the marbles in Division V.

The Fighting Tigers will face a Tiger.

A move to Division V didn’t faze the Hornets. They’re 14-0 with seven shutouts. They’ve allowed more than 14 points in a single game only one time in 2019.

Ironton (13-1) is prepared for this moment, Pendleton said.

“The experience isn’t too much for them,” he said. “They’ve been in big games. There’s no more buzz than there was leading into Wheelersburg this year Week 1. ... The talk’s been Mission 15 since the day we ended last year, really. We knew this year was going to be a year we wanted to go all the way; we wanted to play 15 games and we wanted to win them all.”

As solid as Kirtland’s defense is, Pendleton knows Ironton’s tacklers are capable of keeping the red light aglow. So much so that he felt compelled to rattle off his entire starting 11.

Ironton has assembled four performances in which opponents didn’t score a touchdown.

“We’re loaded at every spot,” said Grizzle, a senior linebacker. “Our experience is better than what it has been.”

Ironton romped West Jefferson, 49-21, in the semifinals in Chillicothe a week ago. To say the Tigers were amped up is an understatement.

“If we could’ve gotten on the bus there in Chillicothe and drive straight to Canton, we definitely would’ve done it,” Pendleton said.

The magic of the No. 9 continues for Ironton. The Fighting Tigers were state champions in both 1979 and ’89. In ’99, they were runners-up. Overall, tonight marks their seventh showing in the state finals.

“This means a lot to everybody. We walk down Tiger Alley,” Grizzle referred to a revered portion of Tanks Memorial Stadium, “and look over and see what’s been done. Ever since we were little kids, we dreamed about being where we are right now. We’re excited, the town’s excited, we’re ready to win a state championship.”