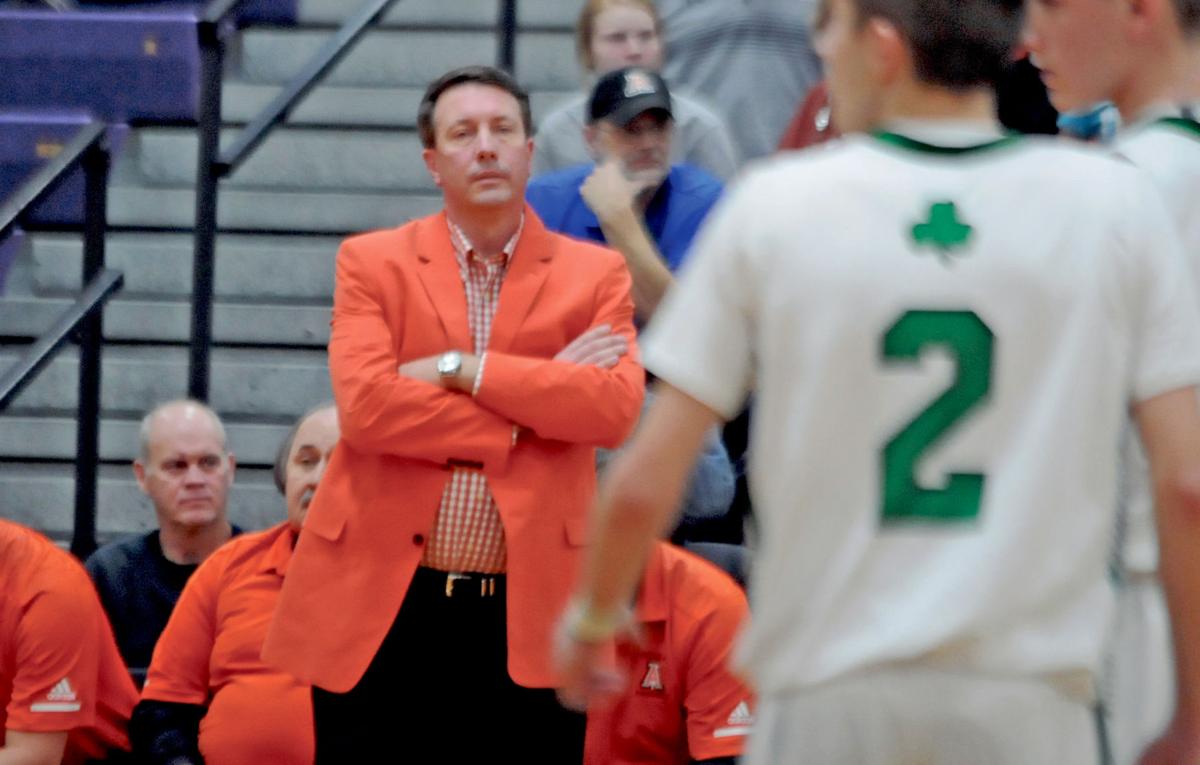 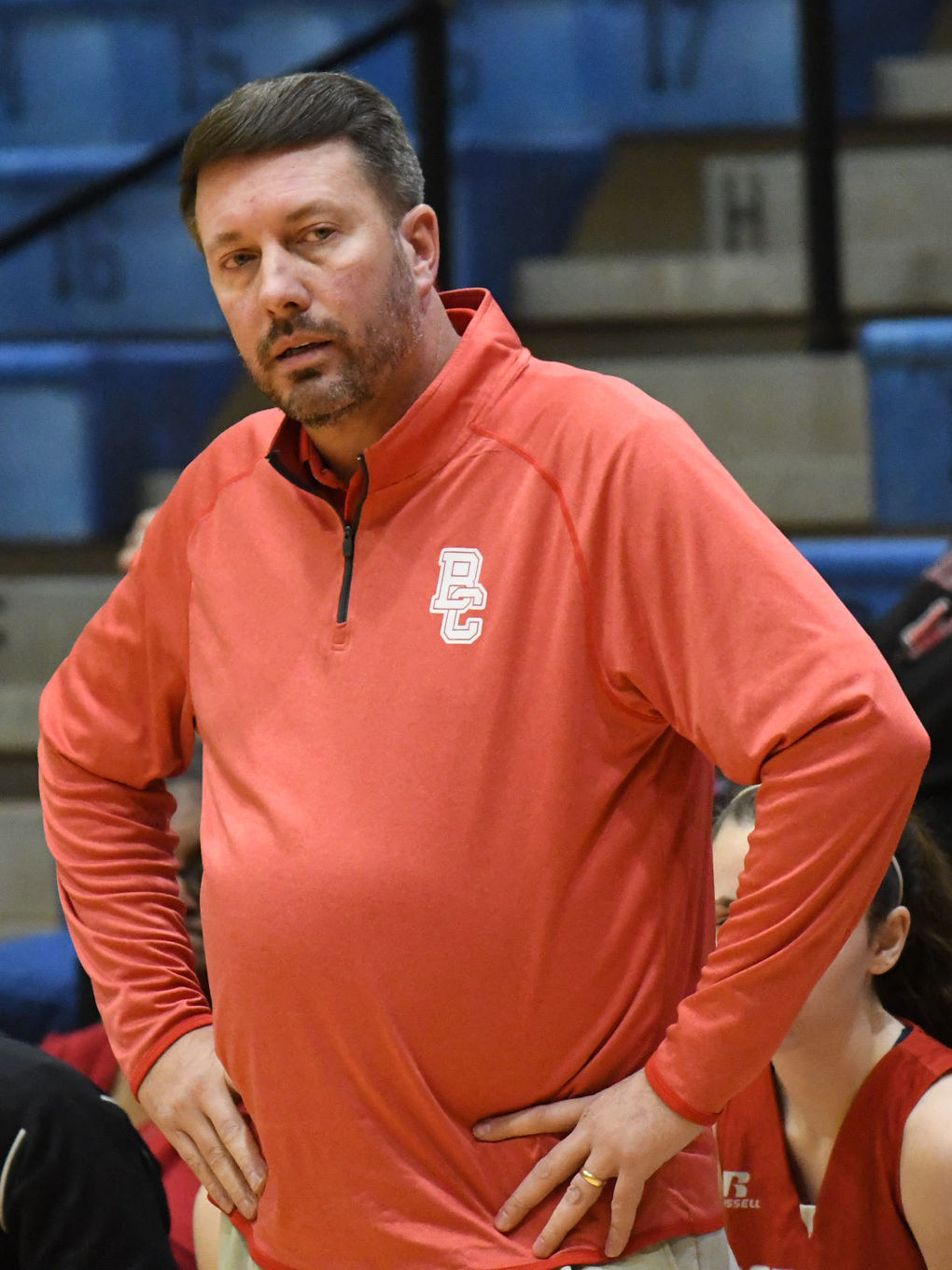 Roger Newton coaches Bath County during the 16th Region All "A" Classic girls semifinals in January of 2018.

Roger Newton coaches Bath County during the 16th Region All "A" Classic girls semifinals in January of 2018.

Roger Newton has been a head basketball coach at five high schools, so not being on the bench last winter felt a little strange.

Rectifying that was “probably the biggest factor” in the well-traveled coach and administrator’s latest move, he said — to coach Fairview’s boys basketball program.

“(Last year) was the first year since the 2011-2012 year … that I hadn’t coached some sport, whether it was basketball or tennis at the college level,” Newton said Tuesday. “I just miss the coaching and the interaction with the students and the parents.”

Fairview announced the move on Facebook on Tuesday morning.

Newton, familiar with Fairview because he’s previously served as Greenup County’s athletic director and Bath County’s girls basketball coach, took note of what he called a “family-type atmosphere” when his hat was in the ring for his new job.

“I was in the teaching interview process, and they talked about how the ‘F’ on the chest stands for family, first and foremost,” Newton said. “That’s big for a coach to come into a community and a school where you feel supported, and (feel) the commitment and the passion there for success.

“I think the resources will be put behind us to do what we need to do to try to be successful, and I think coming in and instilling the discipline and the expectations that the program will need, I’ll have that support from the administration there.”

Newton isn’t shying away from relationships with his players’ parents, he said. He welcomes them.

“I want the parents of the kids there at Fairview to see that I’m committed to trying to make their kid the best that they can be and push them,” Newton said. “My first and foremost goal is to raise great young men to do great things in life.”

“Mr. Newton brings to our boys basketball program a tremendous amount of experience coaching and passion for the game that will make a difference in the lives of our student-athletes,” Risden-Smith said. “We’re excited and ready for him to get started.”

Newton has already looked ahead to what he characterized as a stout schedule for the Eagles in 2020-21. That includes 64th District tests from Ashland, undefeated last season, and Boyd County in the first two weeks of the season.

“We want to give (players) great opportunities there at Fairview and put them in challenging situations, but also situations where we’re gonna be successful,” Newton said. “Man, what a tough district and tough region, and I look forward to the challenge. I think we’ve got a good group of young men in the program now, and coming through, and there could be some very good years for us here hopefully going forward.”

Newton’s first head coaching job was East Jessamine’s boys in 1997, which remains the only program he has led that isn’t All “A” Classic-sized.  He has since headed up the Lexington Christian, Nicholas County and Augusta boys programs and skippered Bath County’s girls.

Rick Lambert takes over as Fairview’s athletic director today for the retiring Rex Cooksey. Lambert is also the most recent Eagles boys basketball head coach not to be surnamed “Cooksey” — Rex led Fairview in his second stint there from 2003-09, son Derek skippered the Eagles from 2009-19, and Brett — Rex’s son and Derek’s brother — coached Fairview last season.

Newton, 53, is married to Pam, a kitchen and bathroom designer. They are parents of Tyler, 23, and Mia, a sophomore-to-be who played in three sports at Williamstown and Augusta, Newton said.

“We want to be at a place where she can continue to be successful academically and have really good opportunities athletically,” Newton said of his daughter. “We love the area. You’ve got lots of community and cultural things there in the Ashland area that are really attractive to a family.”

Newton wore a blue sports coat on occasion while coaching at Nicholas County and an orange coat when leading Augusta. He said with a chuckle he has a red jacket in his closet to match Fairview’s colors.

“We’re gonna be ready on the sideline,” Newton said. “I really take pride in being the coach of the school and trying to look professional, look the part, and we’re gonna try to instill those kinds of things in our kids as well.”