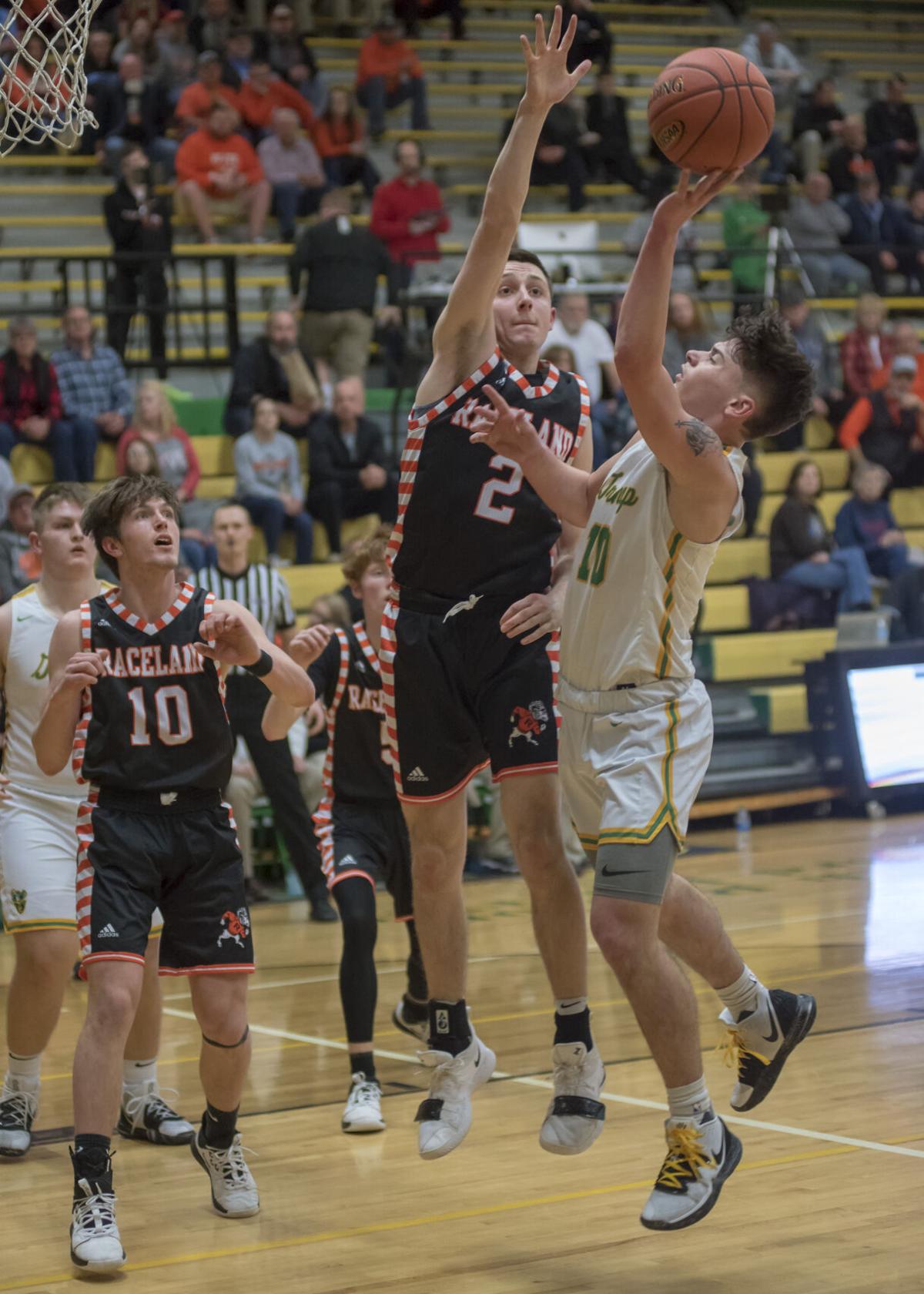 Greenup County’s Brady Nelson shoots over Raceland’s Kirk Pence at the Greenhouse on Feb. 2. Nelson signed to play at Alice Lloyd on June 26. 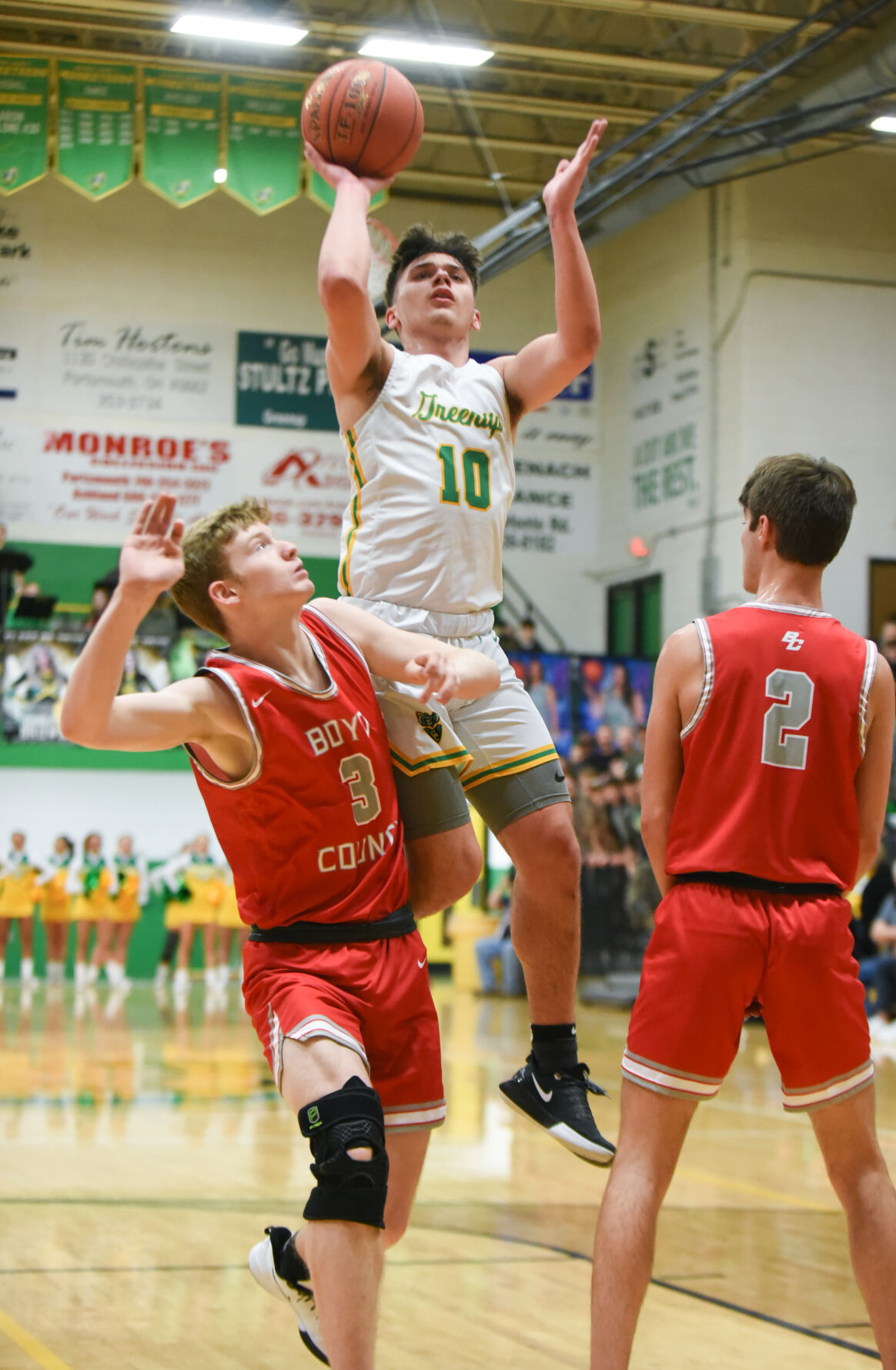 Brady Nelson of Greenup County puts up a shot in the lane over Boyd County's Jason Ellis on Jan. 14 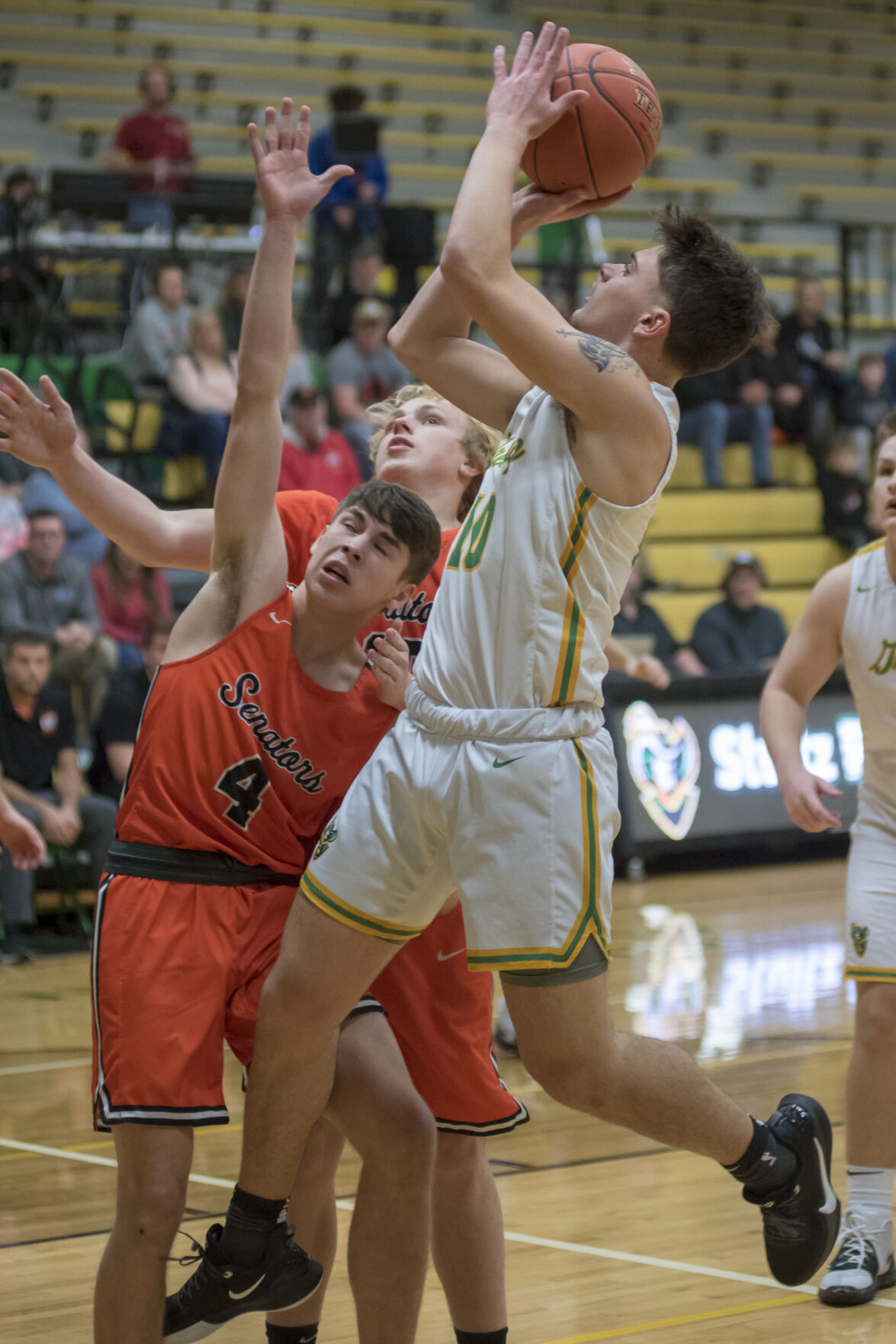 Greenup County’s Brady Nelson shoots a runner in the lane against Portsmouth West at the Greenhouse on Dec. 27.

Greenup County’s Brady Nelson shoots over Raceland’s Kirk Pence at the Greenhouse on Feb. 2. Nelson signed to play at Alice Lloyd on June 26.

Brady Nelson of Greenup County puts up a shot in the lane over Boyd County's Jason Ellis on Jan. 14

Greenup County’s Brady Nelson shoots a runner in the lane against Portsmouth West at the Greenhouse on Dec. 27.

The road started rocky, but the path reached its desired destination on a late June evening in South Shore.

Surrounded by family, friends and coaches, former Greenup County guard Brady Nelson signed a letter of intent to play basketball at Alice Lloyd on his back porch.

“I was nervous at first because it concerned my future,” Nelson said. “I talked to coach (Robert) Amis about it and he thought I made the right decision. My family thought that, too. It made everything more comforting.”

When Amis arrived in Lloyd two seasons ago, an intense introduction eventually turned into mutual respect. The two said they are now more like family.

“It wasn’t always sunshine and rainbows,” Amis said. “I can’t say all the things I said to him. You can’t print those things. He accepted his role. It was a rocky start. I kept telling him, ‘Listen to me and we will win a lot of games and be in a lot of games. You will really like me as a high school graduate and inking his name on the dotted line to play in college.’”

Nelson was another coach on the floor, according to Amis, and Nelson’s affinity for getting his teammates involved is what set him apart.

“Brady Nelson is probably the best passer I’ve ever coached at any level, high school or college,” Amis said. “He was a do-it-all kind of guy for us. He was for the two years that I got the luxury to coach him. He led the entire area in assists. One of the leading scorers in the area for two straight years. He’s been a floor general in every aspect of the word.”

An All-Area player, Nelson also averaged more than 20 points a game while leading the Musketeers to a 21-win season in his final year. The guard could get buckets from multiple spots on the floor.

“He has the ability to score in a variety of ways,” Amis said. “He is so strong physically that he can score inside. We posted him up sometimes. He’s about 5-foot-11 and you don’t hear that a lot. He shot 78% from the free throw line. He was a 40% shooter from the 3-point range.”

Nelson has been a starter since his sophomore season after recovering from a broken hip. After losing the bulk of the team’s scoring and his coach, he knew he would have to shoulder the load the following year.

“It was a little nerve-racking because I didn’t know what coach Amis was going to be like,” Nelson said. “I knew that I would have to step up because we lost Gage (Hughes), Kyle (Gammon) and a lot of good players. It was a lot of our scoring. I was the only scorer that we had back. I just knew that I had to step up and be the leader for the team.”

Nelson concurred with Amis. As the guard felt more comfortable in his new role, the relationship grew and so did the team’s win total.

“Coach Amis always preached leadership to me and taught me how to be a leader,” he added. “It really helped. We butted heads a lot, but I started to buy in more. He started to put more faith in me and now I feel it’s turned into a more father-son relationship.”

Nelson was inspired by the Eagles’ style of play. Alice Lloyd coach Scott Cornett assured Nelson that his basketball abilities would enhance the program.

“It was a family atmosphere,” Nelson said of Alice Lloyd. “It seemed like everybody knew everyone. It felt like home. They like to play fast and get it out to the guards and run. That’s what I like to do. (Cornett) told me they would like to have me up there as a player. He said he liked to watch me play and the way I passed the ball.”

The Eagles finished 15-16 last season and had advanced to the NCCAA Division I championship tournament before it was canceled due to COVID-19.

Nelson’s former coach is confident that he is ready to take the next step.

“The speed of the game will hit him in the face,” Amis said. “It hits everyone. When I was a college player, it was very different than being a high school player. It’s a business-like approach and he needs to treat it like that. Brady has a strong work ethic and he is intelligent enough that he can succeed both on and off the court.”

Amis said he needed Nelson’s help to find his house before his signing ceremony. It was important for him to be there before his point guard travels south to his new home court.

“That’s what it is all about,” Amis said. “When you get into this business, it’s all about the kids. We want to help them achieve and accomplish their goals and put them in the best situation to do that. … When I see them walk across the stage as graduates and when I see them sign letters of intent, it’s a thrill for me as a coach.”

“It meant a lot to me that he was there,” Nelson added. “He always promised me that he would be there, and he stayed true to that promise.”

Nelson will major in physical therapy at Alice Lloyd. He will also minor in entrepreneurship.