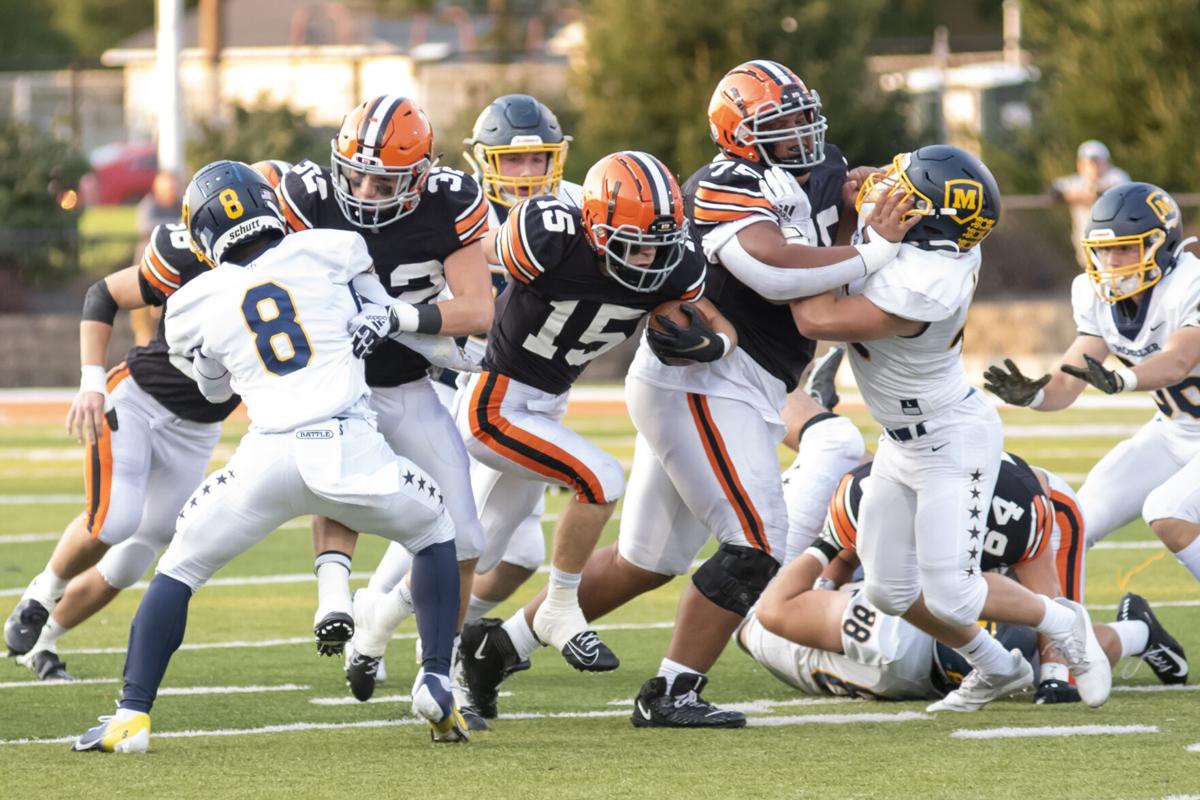 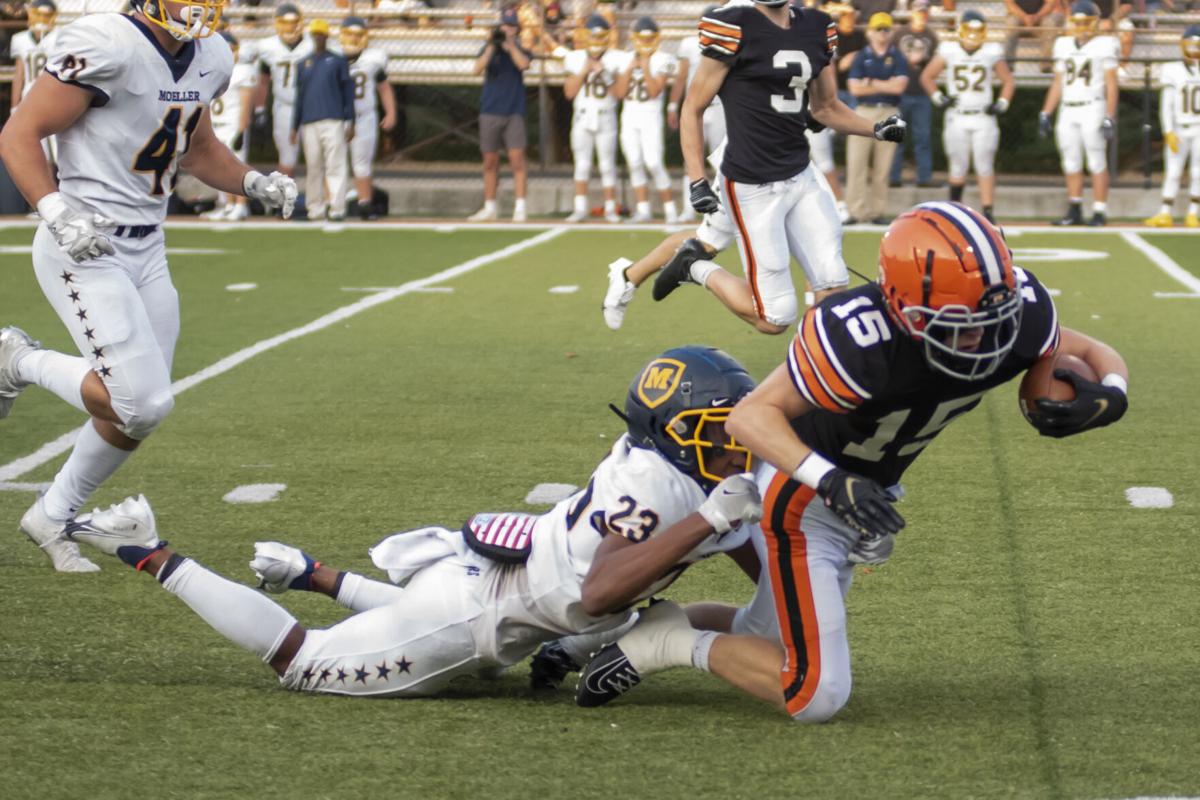 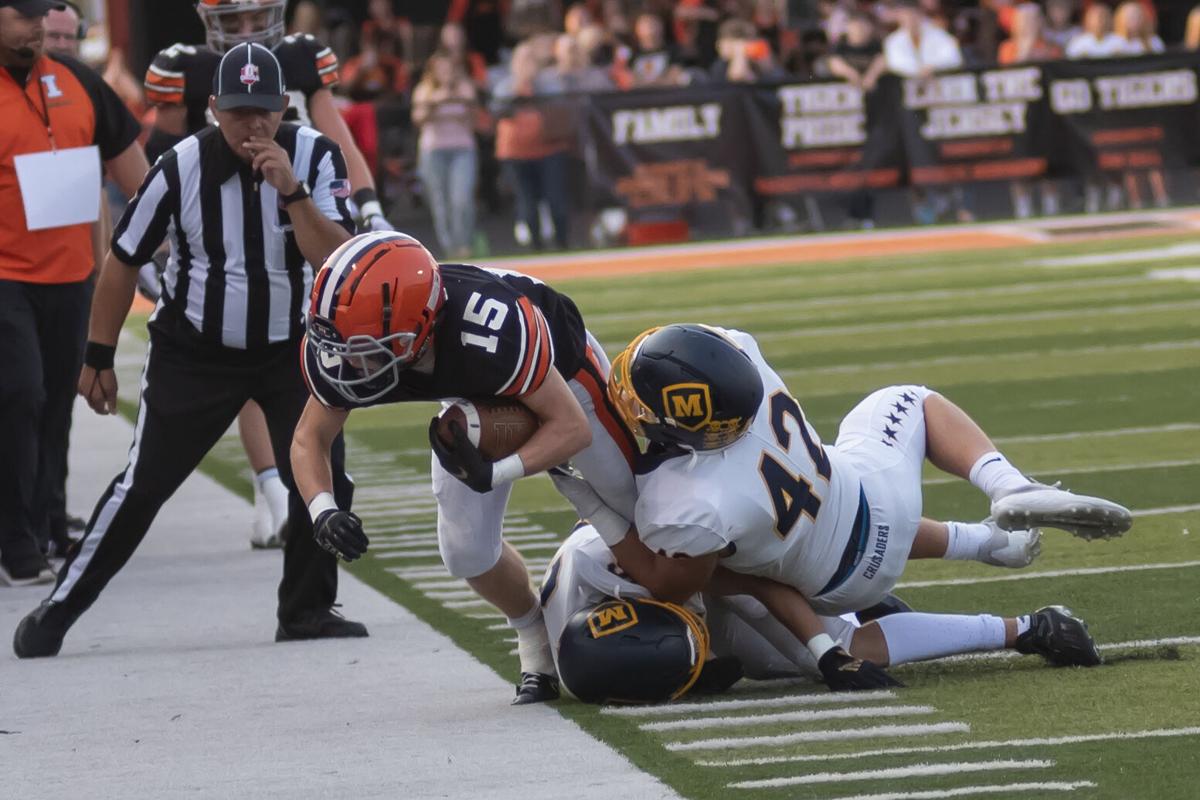 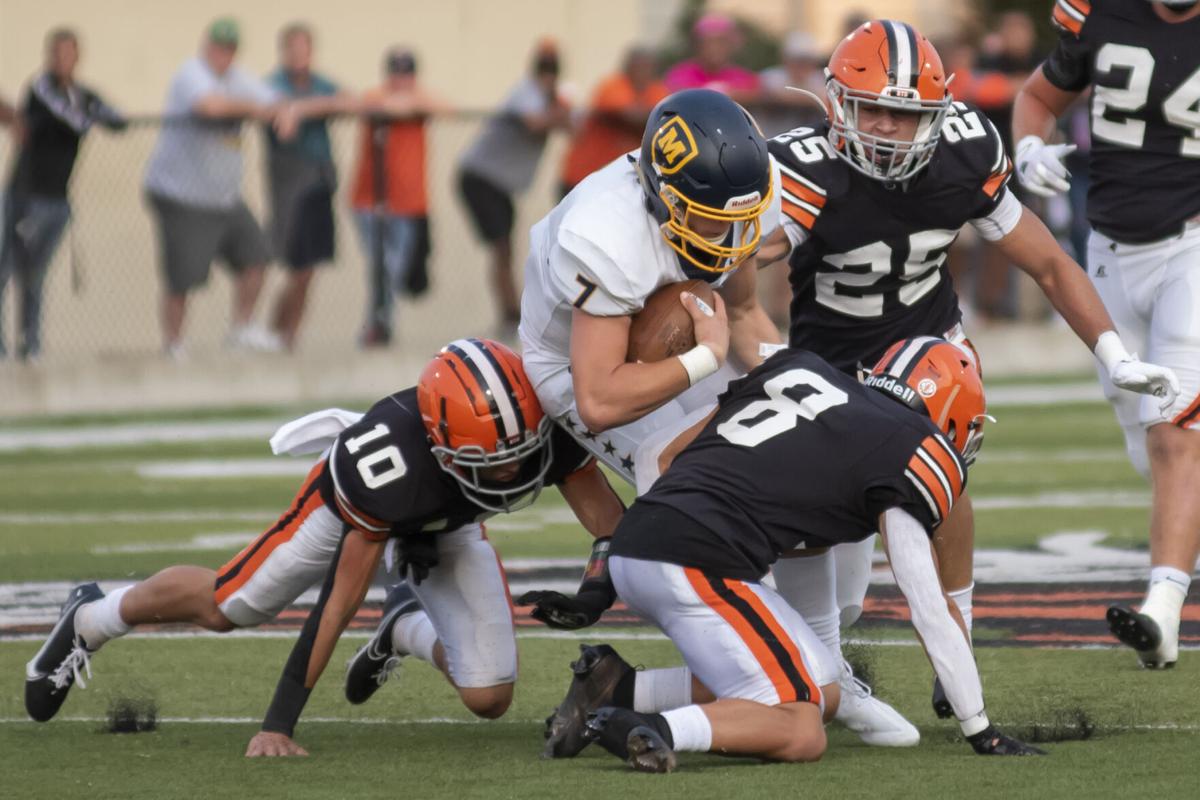 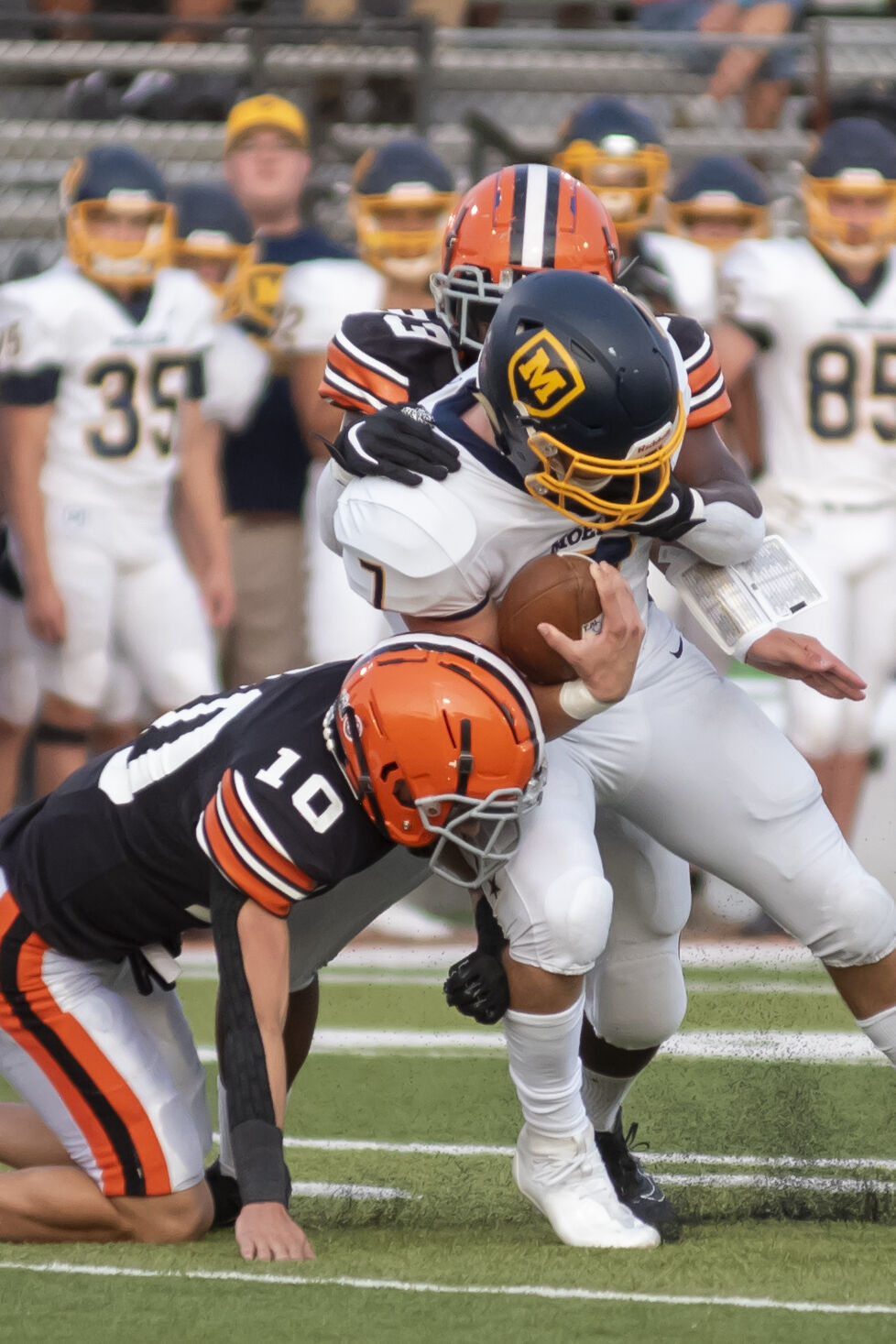 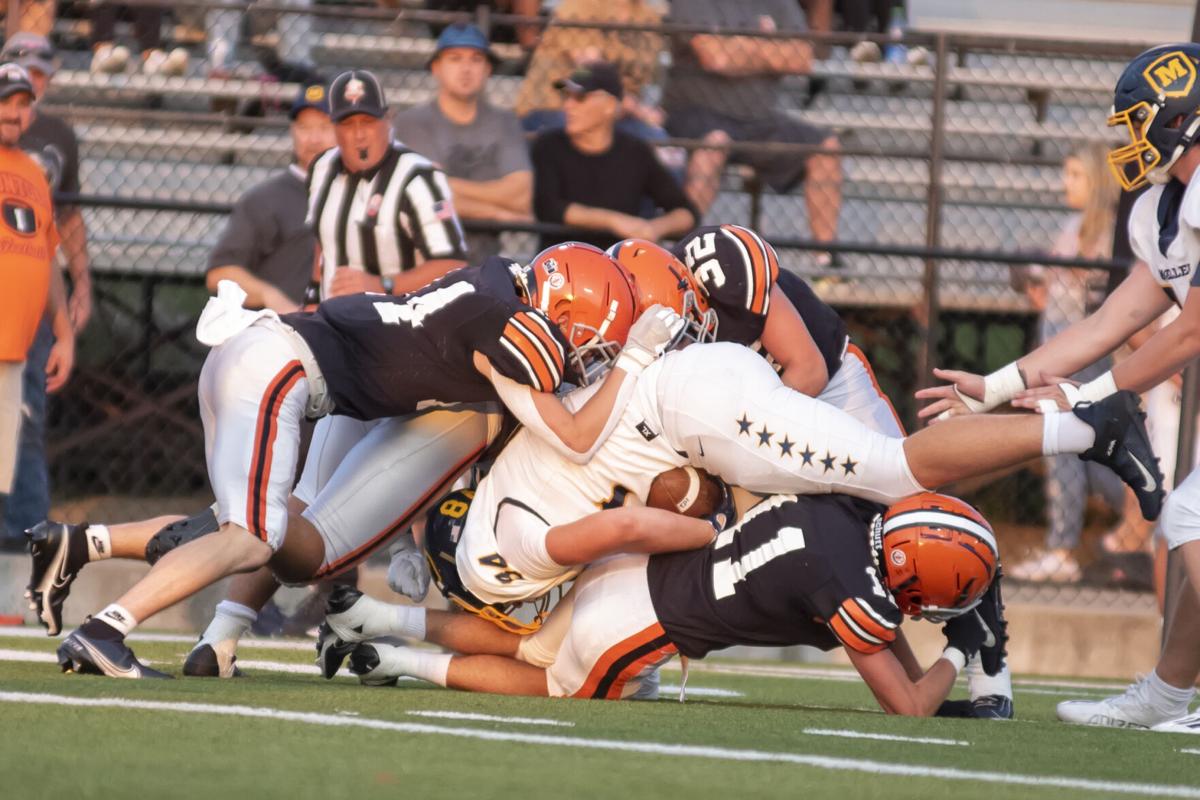 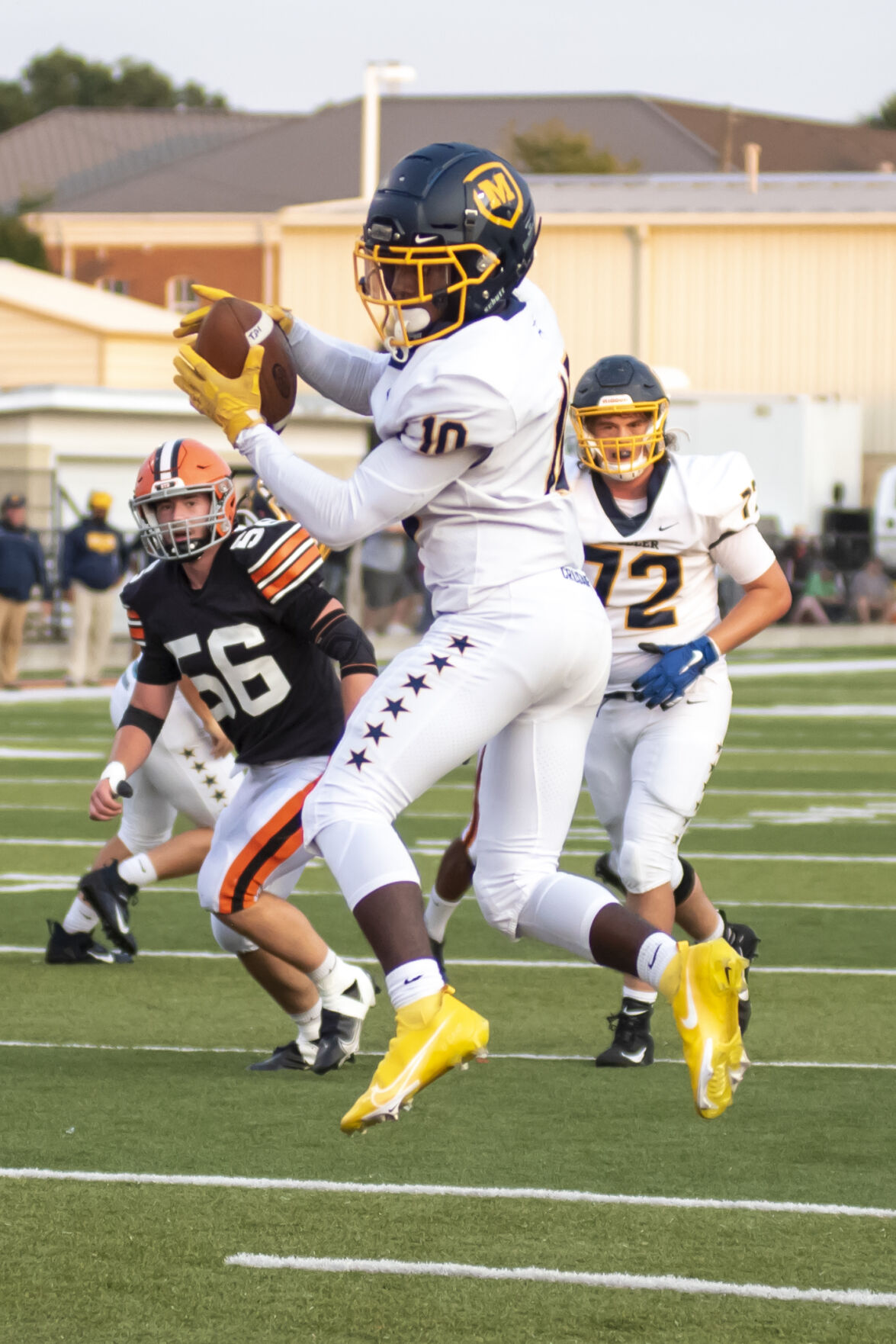 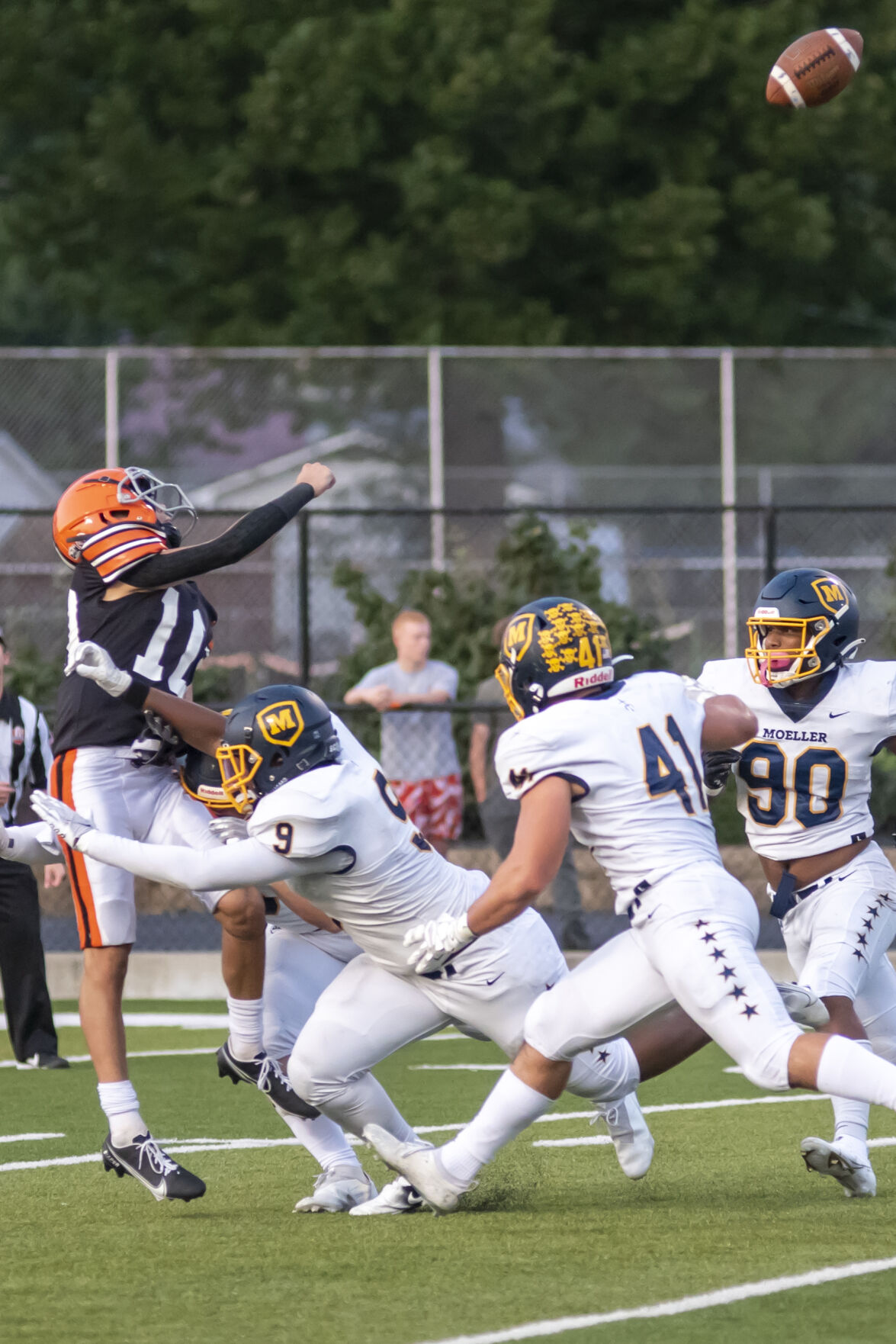 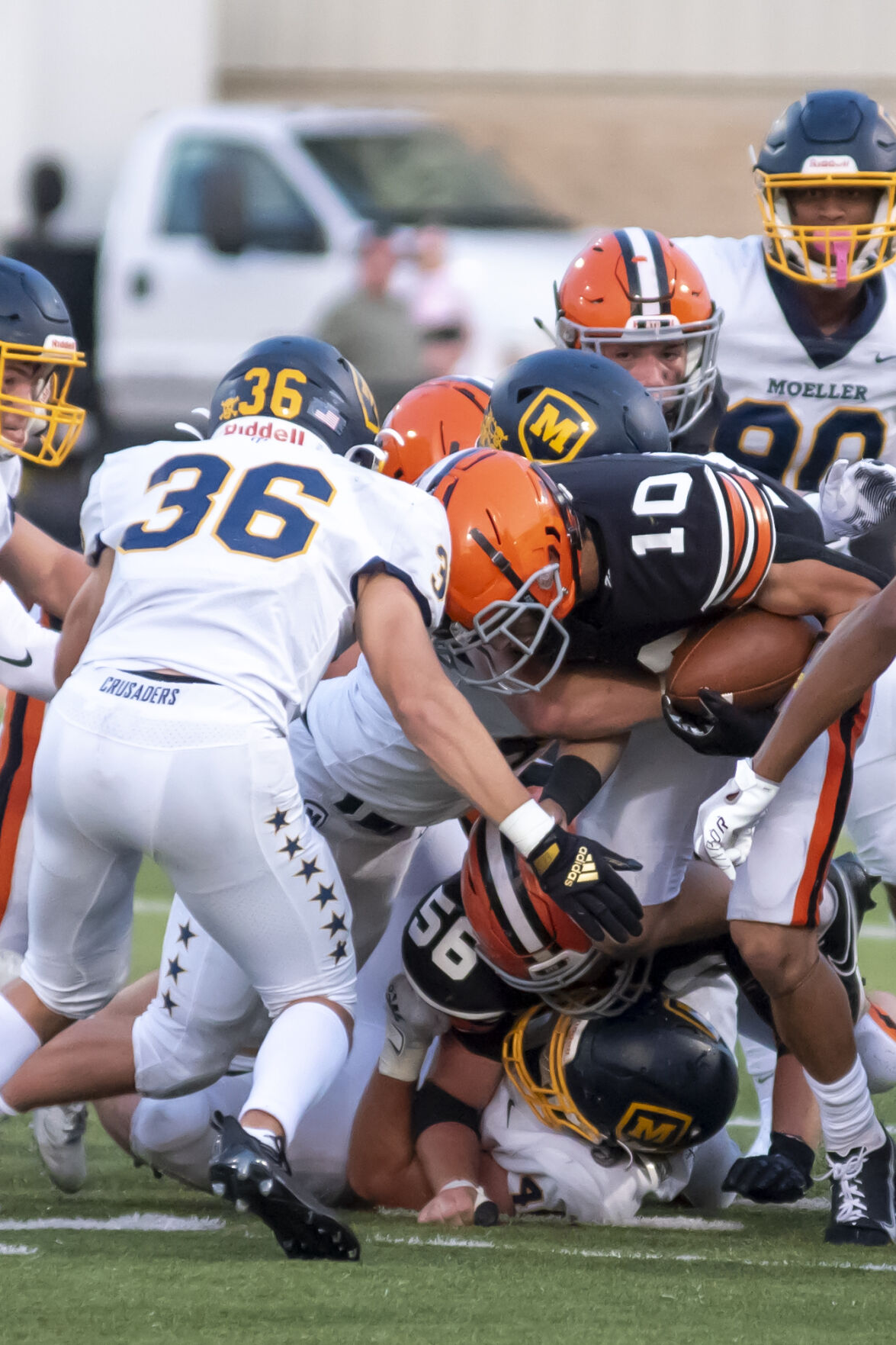 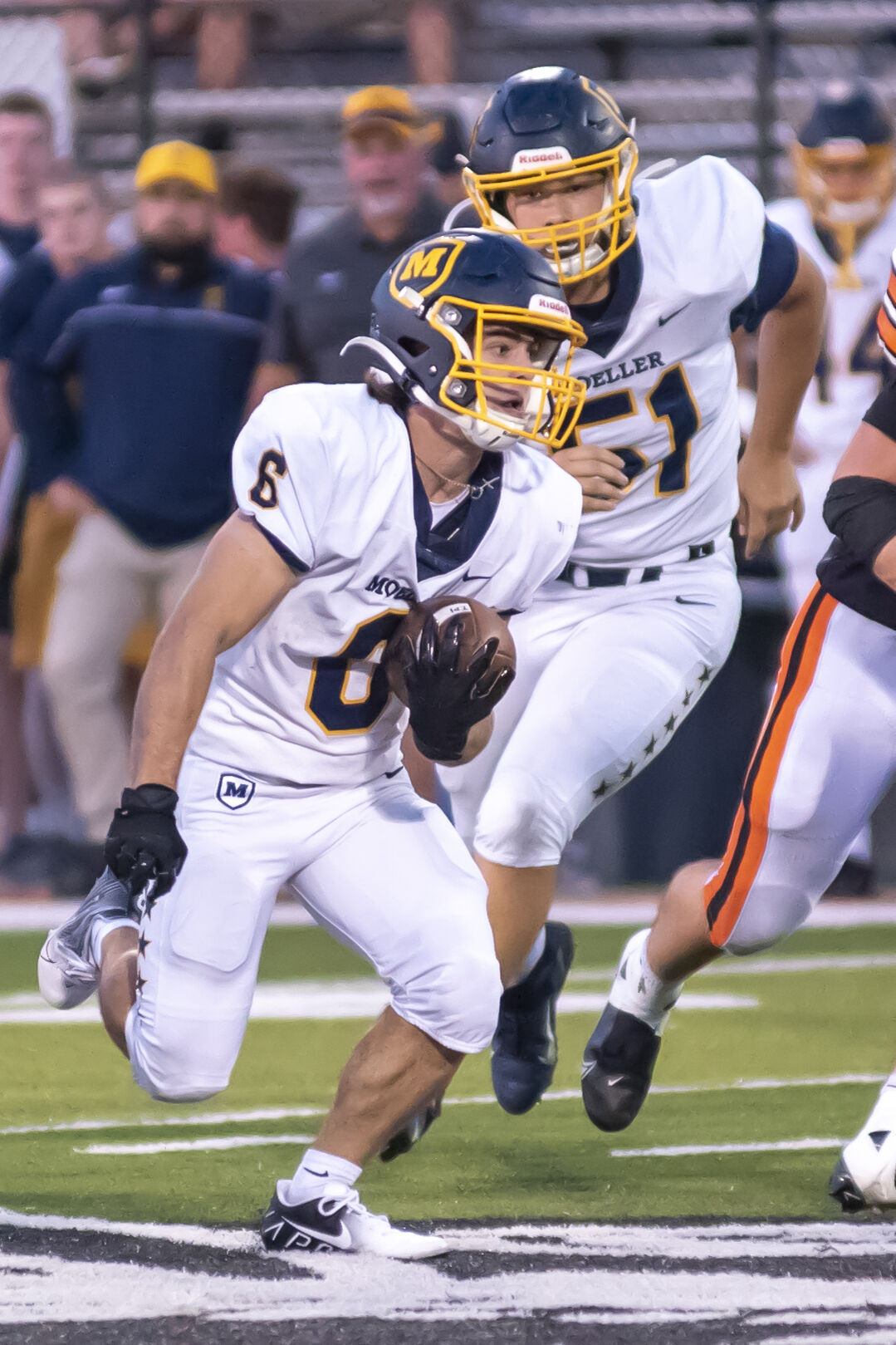 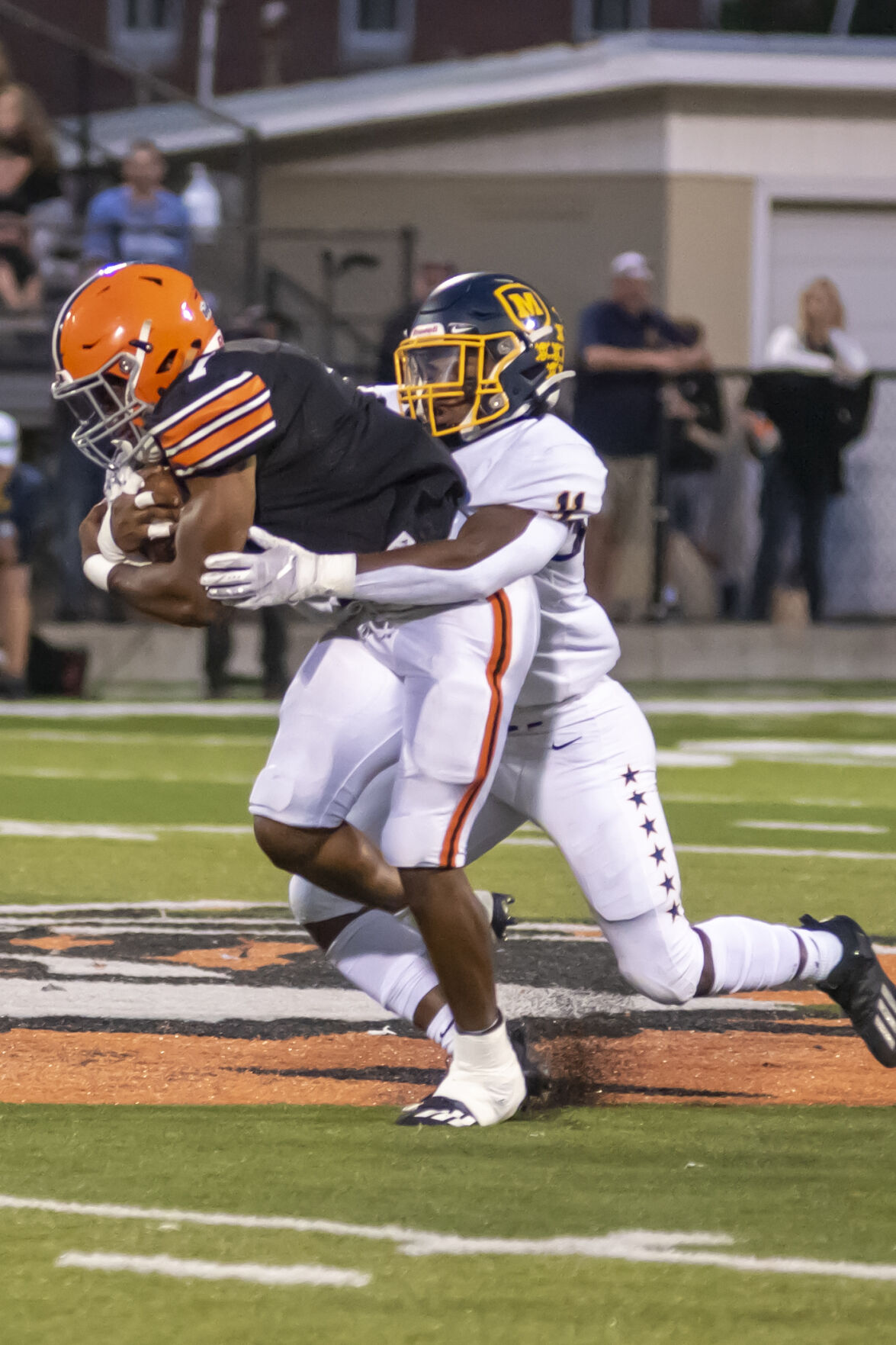 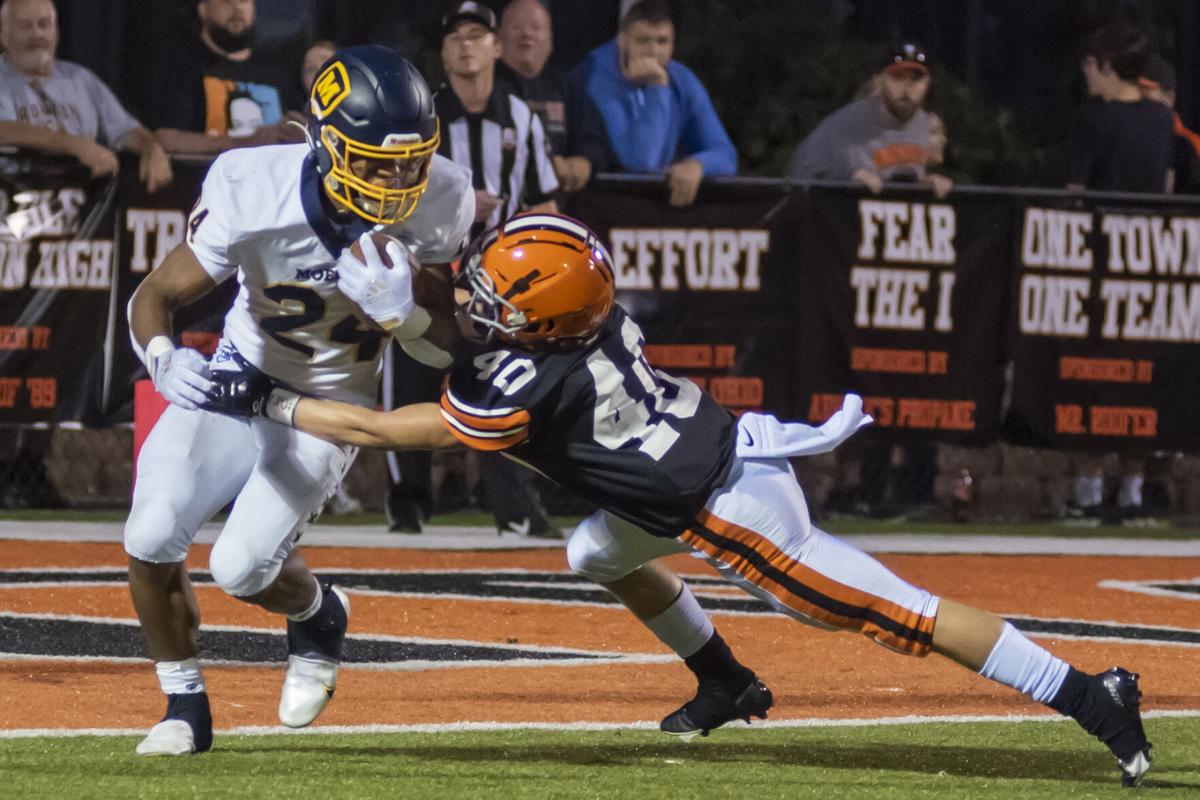 The Fighting Tigers aren’t in the business of moral victories, but they found some positivity even in a 25-7 setback at Tanks Memorial Stadium.

“To be honest with you, I wanted to get a lot of points out of it, with a win,” Ironton coach Trevon Pendleton said, cracking a grin, “but yeah, absolutely. (Moeller is) as good as anyone we’re gonna see, so, proud of our kids.”

The Tigers couldn’t overcome allowing two touchdown passes in the first quarter and committing four turnovers, but Ironton did score on what amounted to the final play of the game for the third consecutive week.

The Tigers’ Aaron Masters took a screen pass from Jon Wylie and outran everyone 53 yards to the house with 23 seconds to play.

Victory was out of reach by that point for Ironton as its 15-game regular-season winning streak ended. But getting something on the scoreboard was relevant, especially considering the opposition — a nine-time state champion in Ohio’s largest enrollment classification that came into the game 3-0 with a trio of convincing wins.

“Great play by Aaron Masters, great play by Jon Wylie, great blocking up front,” Pendleton said of the TD, “but honestly, touchdown or not, I’m just proud of our kids’ fight.”

The Crusaders took care of business through the air and did it without their starting signal-caller. Senior Noah Geselbracht was “under the weather,” Moeller coach Mark Elder said.

So sophomore Van George got his first career start and made the most of it, completing 17 of 23 passes — including the first eight he attempted — for 267 yards, three TDs and no interceptions.

“He’s a confident young man and went out and did a good job and did nothing different than what we would’ve expected him to do,” Elder said.

Tennel Bryant caught two scoring passes from George in the first quarter to facilitate the transition.

Bryant made a leaping reception over the middle for a 9-yard score with 3:16 to go in the first frame. Ironton went three-and-out on its ensuing possession, and the Crusaders capitalized immediately when Bryant ran under George’s perfect spiral and tallied from 57 yards out on the first play of their next drive.

Down two scores early, the Tigers were in danger of being blown out of the water when Wylie was intercepted deep in Ironton territory on the second play of their next trip. But Ty Perkins ran down the Crusader returner, stripped the ball and recovered it.

That was the second of 17 consecutive plays Ironton’s offense ran, eating up just over eight minutes. It didn’t result in points — the Tigers gave it up again on a fumble at the Moeller 29-yard line — but that drive changed the game.

“I don’t know how many minutes that drive was. A 40-minute drive is what it felt like,” Elder deadpanned. “We just gotta clean up a couple things. We had a pick and then we turned it over. We gave (Ironton) a first down on a penalty. We just can’t do that stuff.”

Ironton went toe-to-toe with Moeller in the rushing game — the Tigers ran for 132 yards on 34 carries, while the Crusaders collected 136 yards on 35 totes. Neither team ran for a score.

Moeller’s William Steele booted a 26-yard field goal at the 2:21 mark of the fourth quarter, and the Crusaders closed the deal when Brandon White skied to secure George’s aerial in the back of the end zone on fourth-and-goal from the Ironton 17 with 5:55 to play.

Landen Wilson ran for a tough 52 yards on 13 carries for Ironton (3-1). He picked up 34 yards on the second play of the game from scrimmage and could see daylight, but Moeller’s Khilee Willis chased him down at the Crusaders 30.

Moeller buckled down after that and only allowed three more Ironton plays for double-digit yards until the final drive of the game. Linebacker Benjamin Tinnemeyer tackled Wilson at the Crusaders 24 for a gain of seven on fourth-and-11 to end the Tigers’ promising first drive.

The Crusaders racked up 17 tackles for a gain of two yards or less.

Amar Howard ran for 42 yards on four carries for Ironton, including gains of 14 and 24 yards on the Tigers’ final possession to set up Masters’s TD.