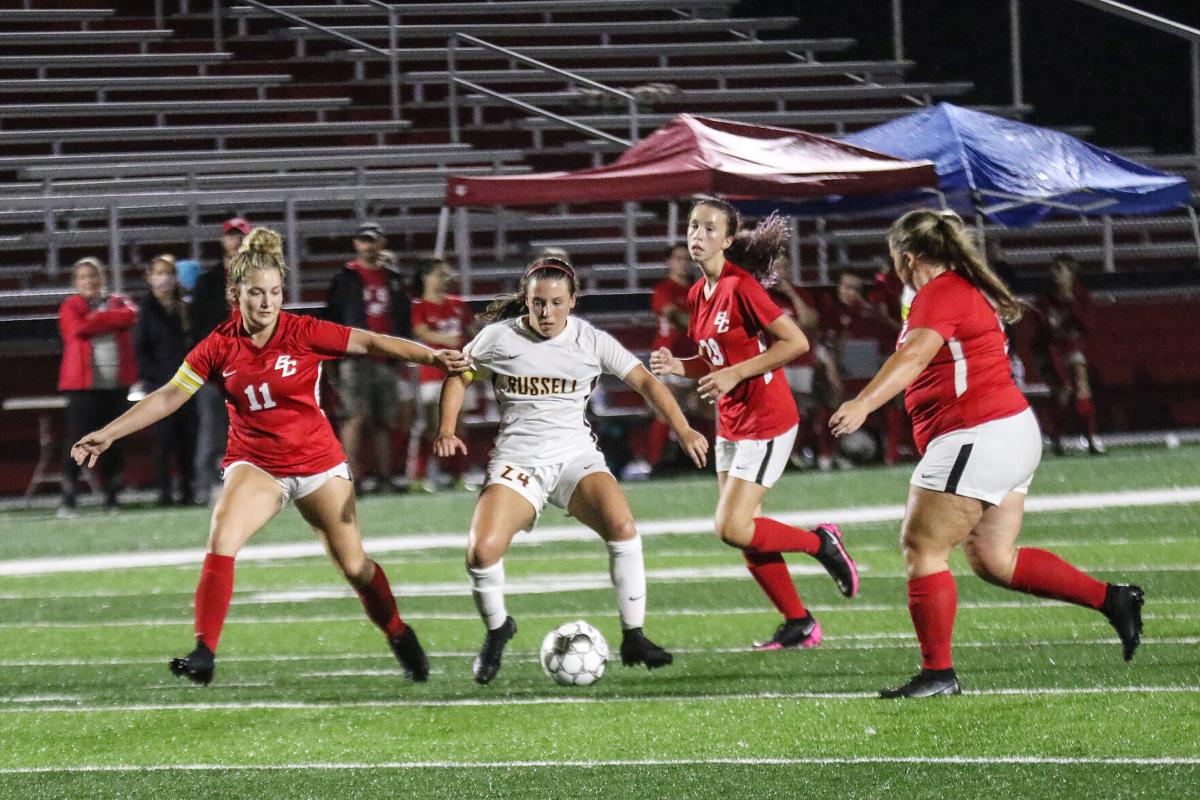 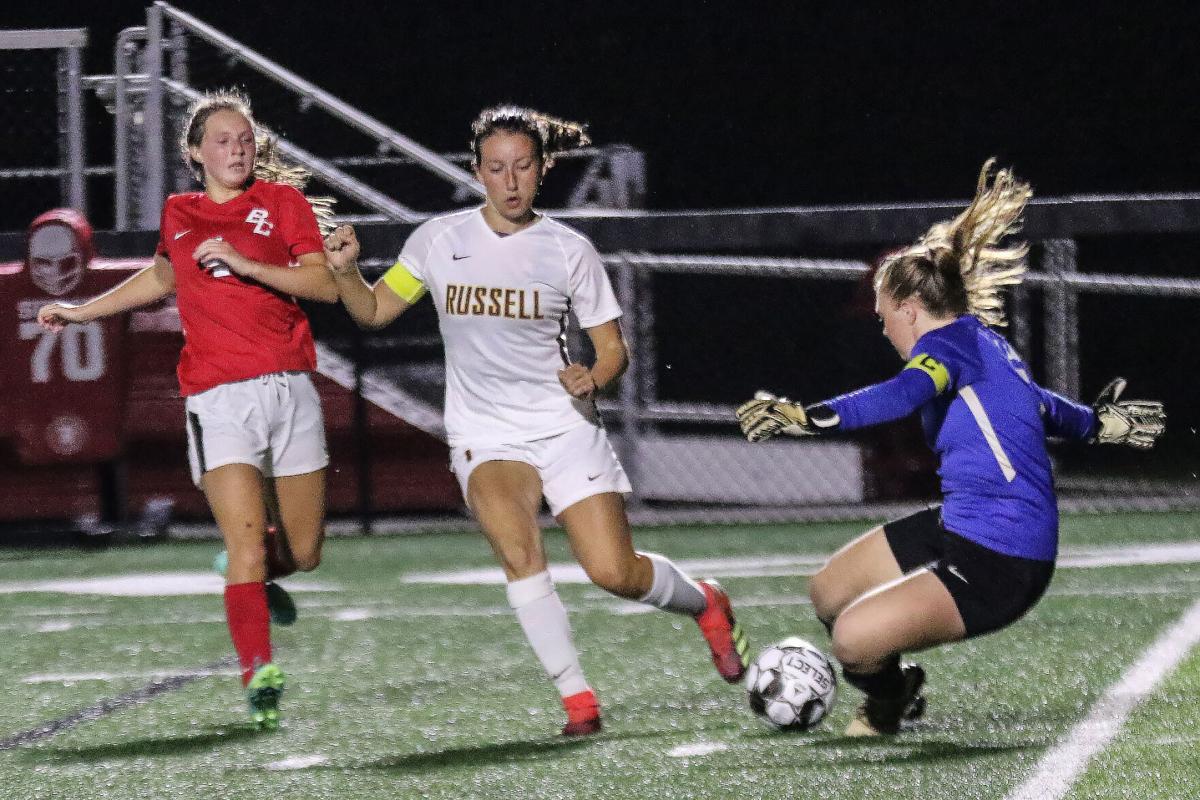 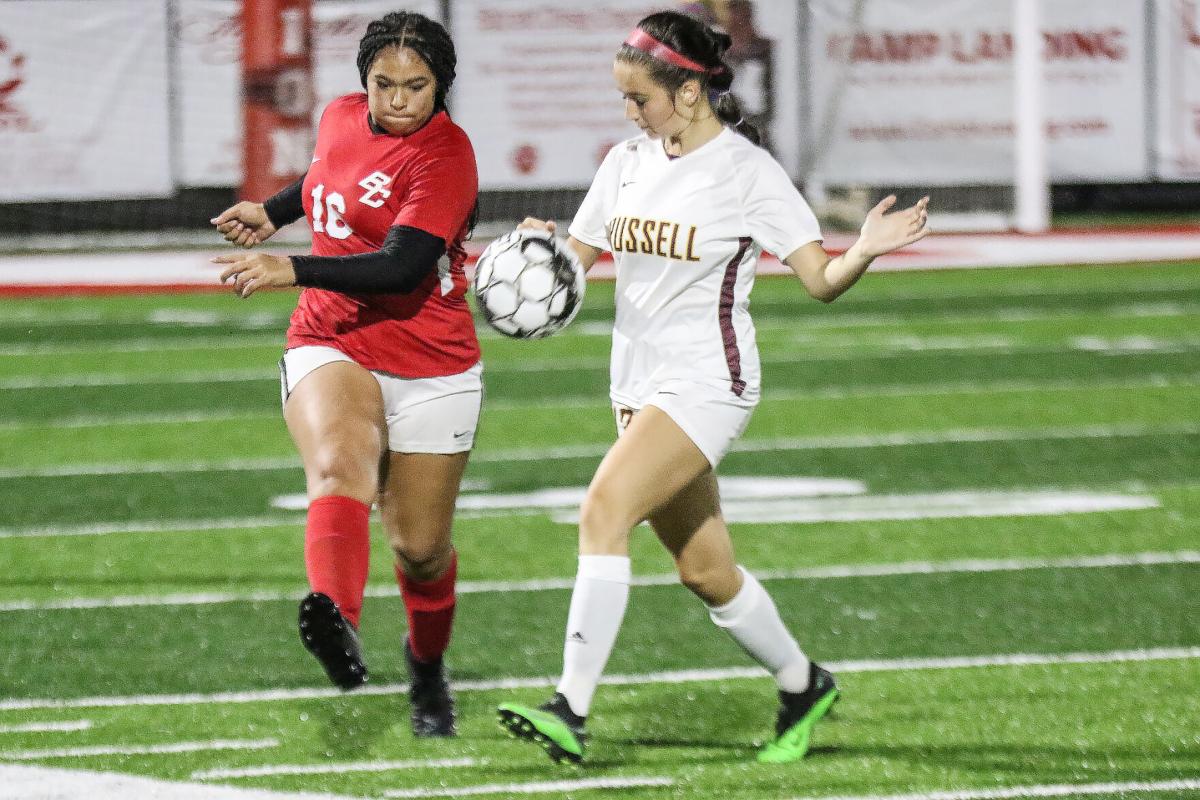 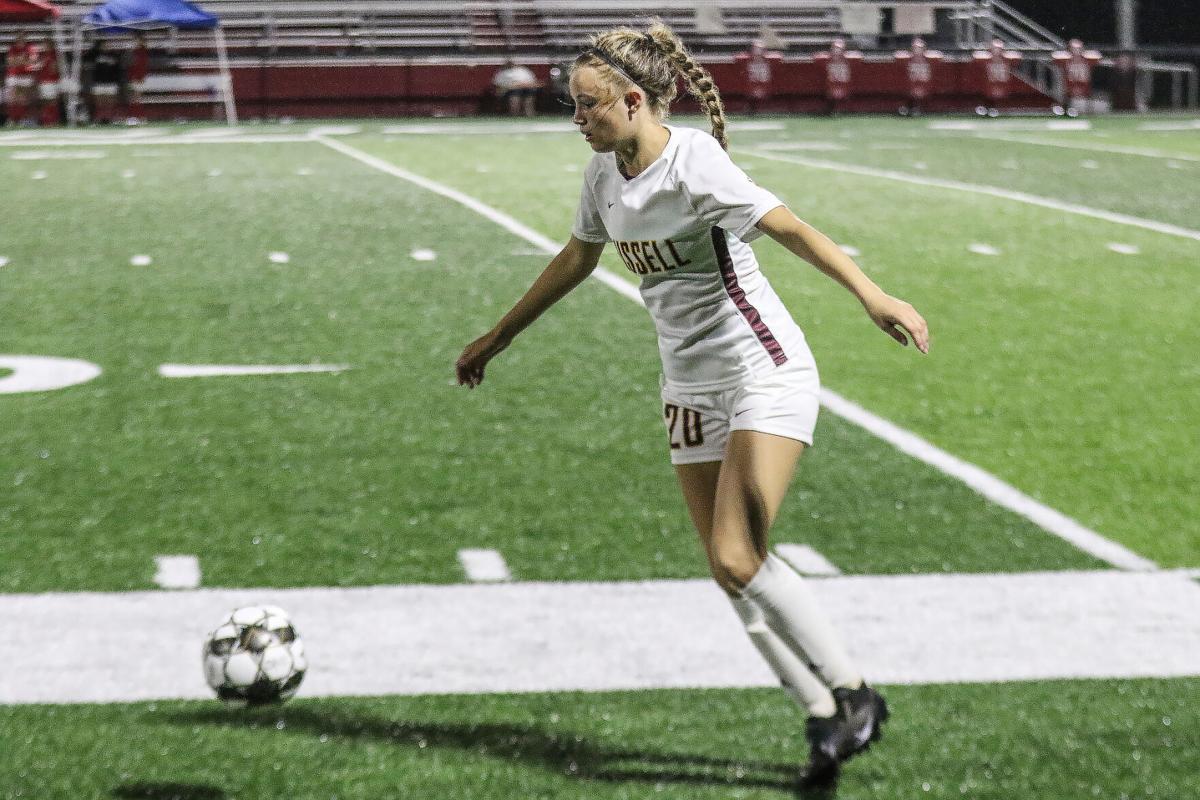 Russell’s Promise Burnham controls a ball in the midfield during Tuesday’s win over Boyd County. MATT JONES | THE DAILY INDEPENDENT 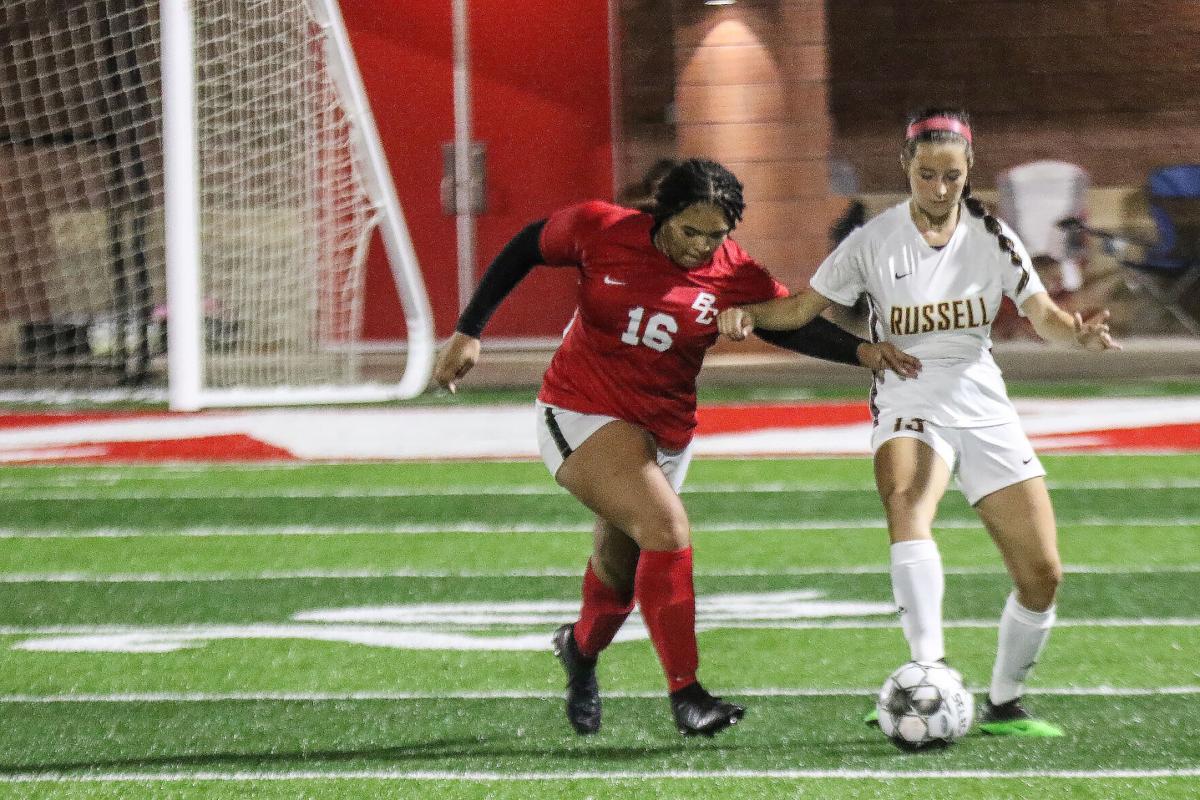 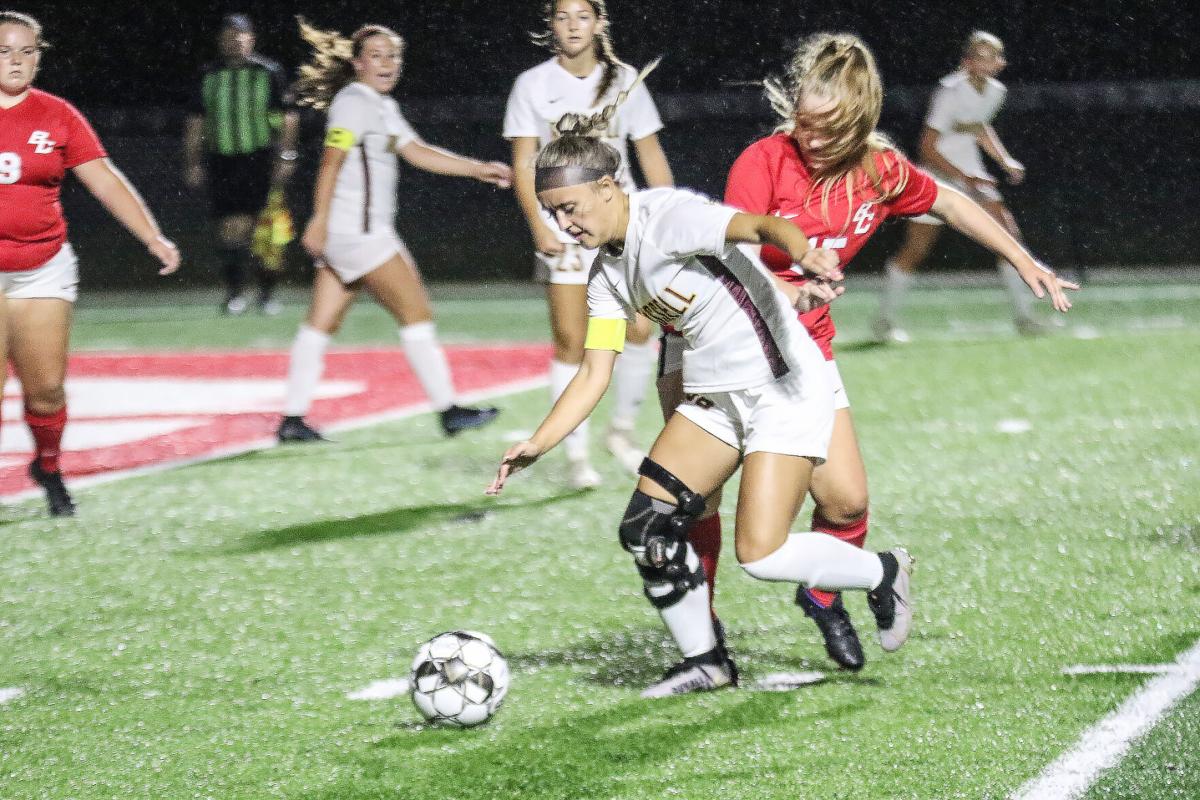 Russell’s Kyndall DuVall spins to the outside to find space to get off a shot while being guarded by Boyd County’s Jada Johnson during Tuesday’s match. MATT JONES | THE DAILY INDEPENDENT 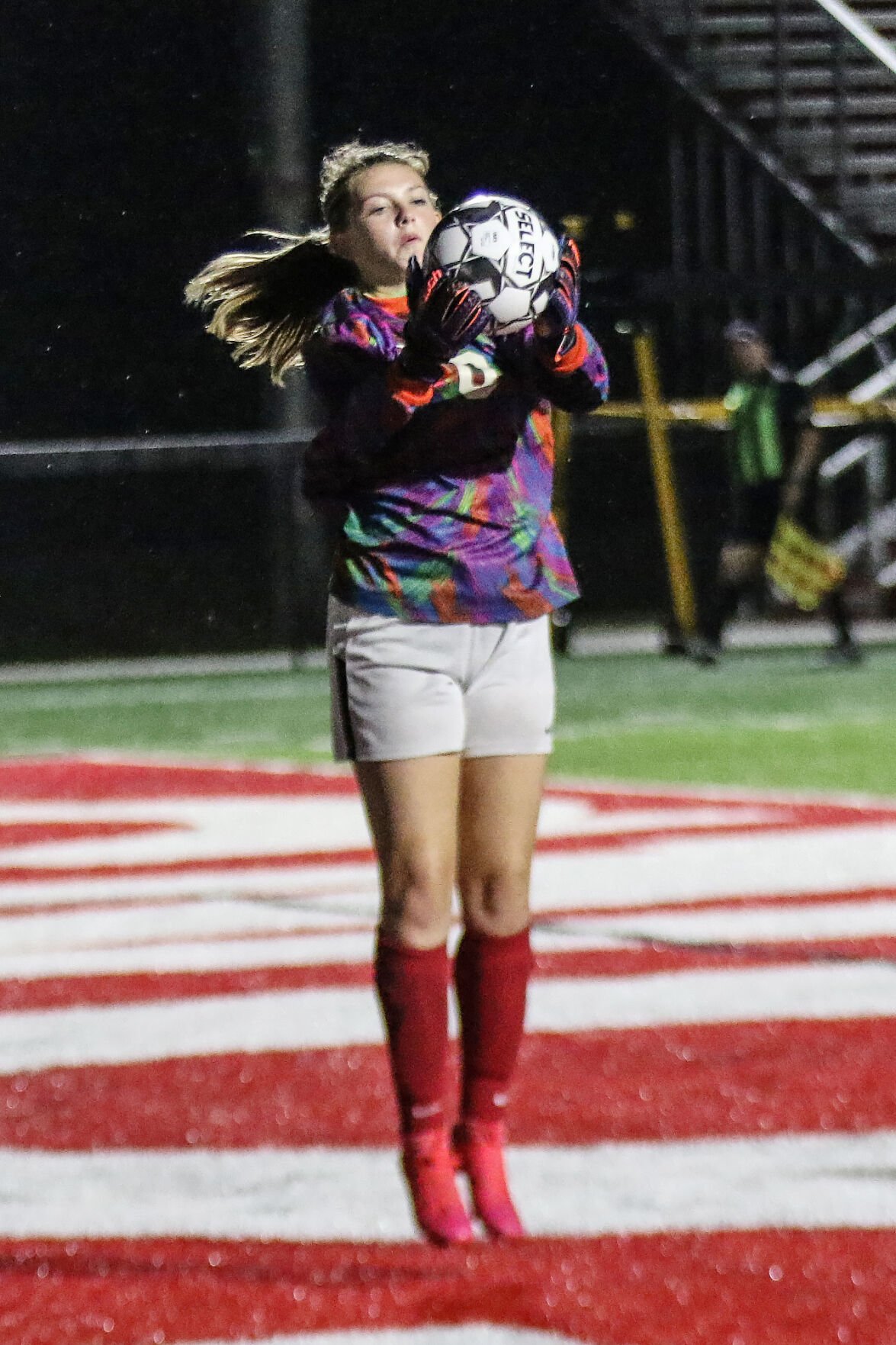 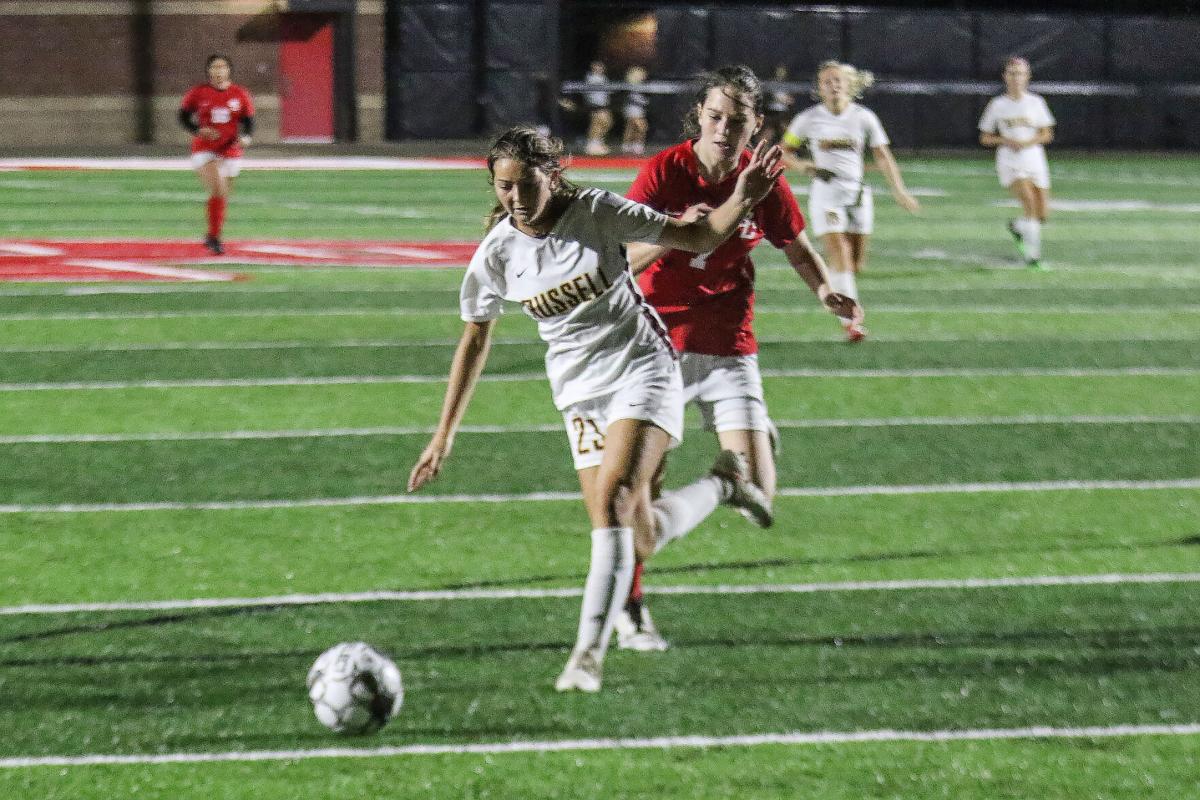 Russell’s Eva Blanke is fouled in the penalty box by Boyd County’s Alexis Boyd during the second half of Tuesday's match. MATT JONES | THE DAILY INDEPENDENT

Russell’s Promise Burnham controls a ball in the midfield during Tuesday’s win over Boyd County. MATT JONES | THE DAILY INDEPENDENT

Russell’s Kyndall DuVall spins to the outside to find space to get off a shot while being guarded by Boyd County’s Jada Johnson during Tuesday’s match. MATT JONES | THE DAILY INDEPENDENT

Russell’s Eva Blanke is fouled in the penalty box by Boyd County’s Alexis Boyd during the second half of Tuesday's match. MATT JONES | THE DAILY INDEPENDENT

CANNONSBURG When Laci Boyd connected on a penalty kick late in the second half, the goal made a significant impact on both Boyd County and Russell.

It cut the margin of Tuesday night’s 63rd District seeding match to one at the Boyd County Athletic Complex with 17:20 remaining.

The Red Devils started to increase their energy level again and found a final tally to produce a 3-1 victory over the Lions.

“It’s what we were talking about at the end of the game,” Russell coach John Perry said. “We didn’t want to come out flat, but unfortunately we did. We try to harp that it’s not how you start, it’s how you finish a match. We need to work on playing all 80 minutes at the same level. We just didn’t do that tonight.”

When Boyd found the back of the net, it recorded Boyd County’s first goal of the season in the Lions’ fifth match of the year. The junior calmly went top-shelf and hit her target.

“When we first started the game, it was rough,” Boyd County coach Olivia Pennington said. “When we switched later in the match, we put the Boyd sisters in the back, even though one is a freshman. They are good together. It was the first time that we have played them side by side. It worked.”

“It will mean a lot,” Pennington said the team’s first goal. “We have struggled with that. We had a lot more offense today. We changed up some things. There is a lot of motivation with this team right now. We have two starters that are quarantined. And for us to come out here and play this well, it is big.”

Sophomore Ava Quinn slipped in the first of her two goals five minutes into the festivities. She eluded defenders in the box to get Russell on the board first.

She found teammate Eva Blanke sprinting toward the front of the net late in the contest. The pass found its mark, but Blanke was tripped up securing a penalty kick for the Red Devils.

Quinn was given the honors and sent the kick inside the right post in the 70th minute.

“We know that teams will key in on (Ava) because she is playing in the middle,” Perry said, “and one of the best players on our team. Tonight, we wanted to try and focus on allowing her to drive at their back line. And then try and get our other players like Eva, Kyndall (Duvall) and Haley (Addis) to peel off and make those runs in front of the goal.”

“We are still working on that,” he added. “I thought Ava did a good job of controlling the middle, driving when she needed and playing the right balls. We just need to get better in front of the goal.”

Blanke tallied her 11th goal of the year early in the second quarter. Quinn increased her total to nine.

“It’s always a high-intensity game,” Perry said. “It is our first district seeding game. It’s always electric here. We like playing here because the field is wide. It allows us to play our game. When we come here, we always expect Boyd County to bring it to us.”

Despite the setback, Pennington believes the match will be a positive for her team moving forward once their roster returns to full strength.

“We graduated eight starters from last year,” Pennington said. “It was a 3-1 game against Russell. Russell is a good team. This match is good for us. We started our schedule off with a bang.”

Boyd County (0-5) falls to 0-2 in district seeding games. Russell (5-1) will host Ashland on Sept. 7 and the winner will earn the top seed and a bye in the upcoming 63rd District Tournament.