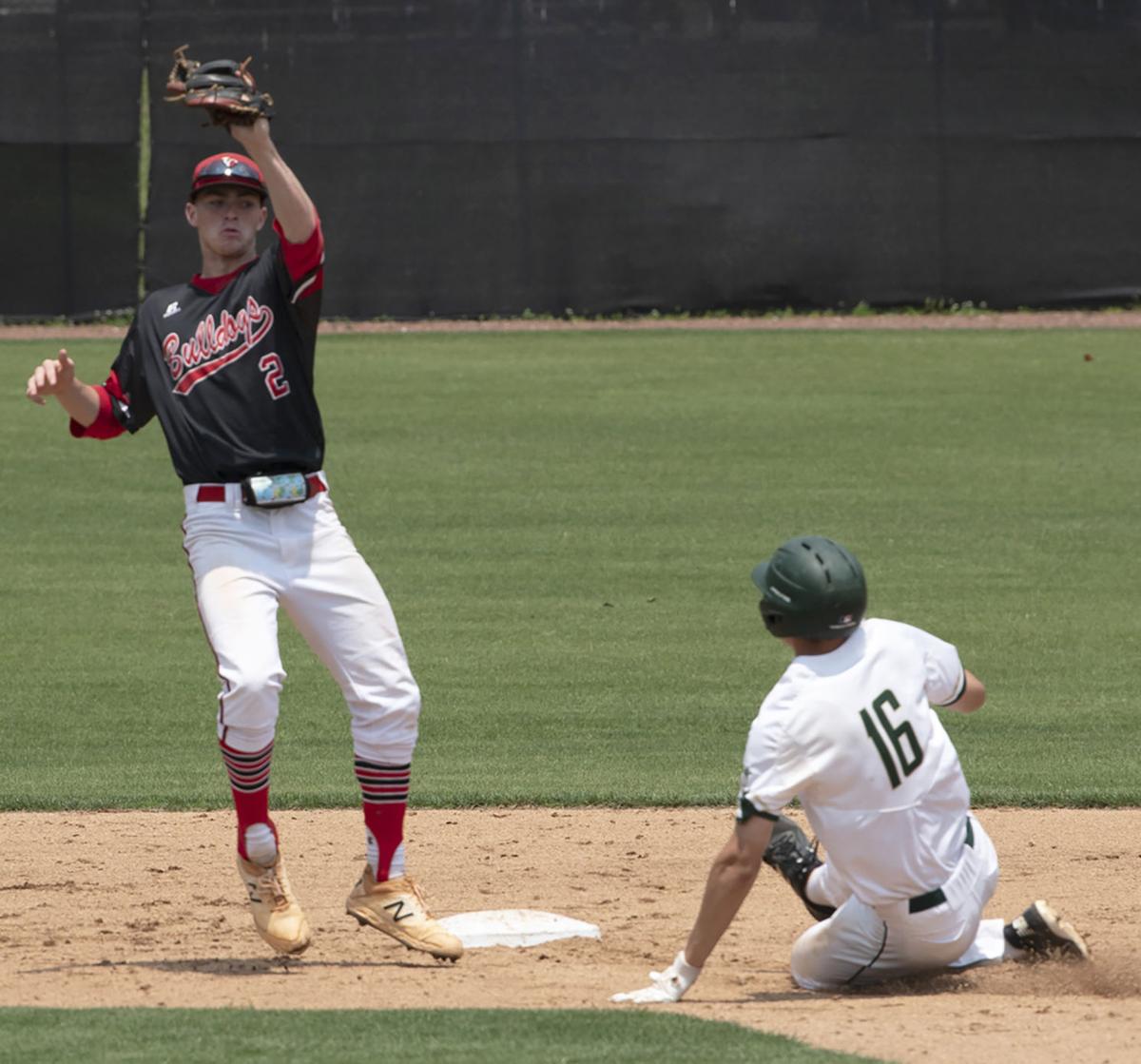 Rowan County’s Mason Moore slides for second base as Lawrence County’s Tyler Maynard brings down a tag Saturday, June 1, 2019, at the Semi-State 8 Tournament in Morehead, Ky. Photo by John Flavell / For The Daily Independent 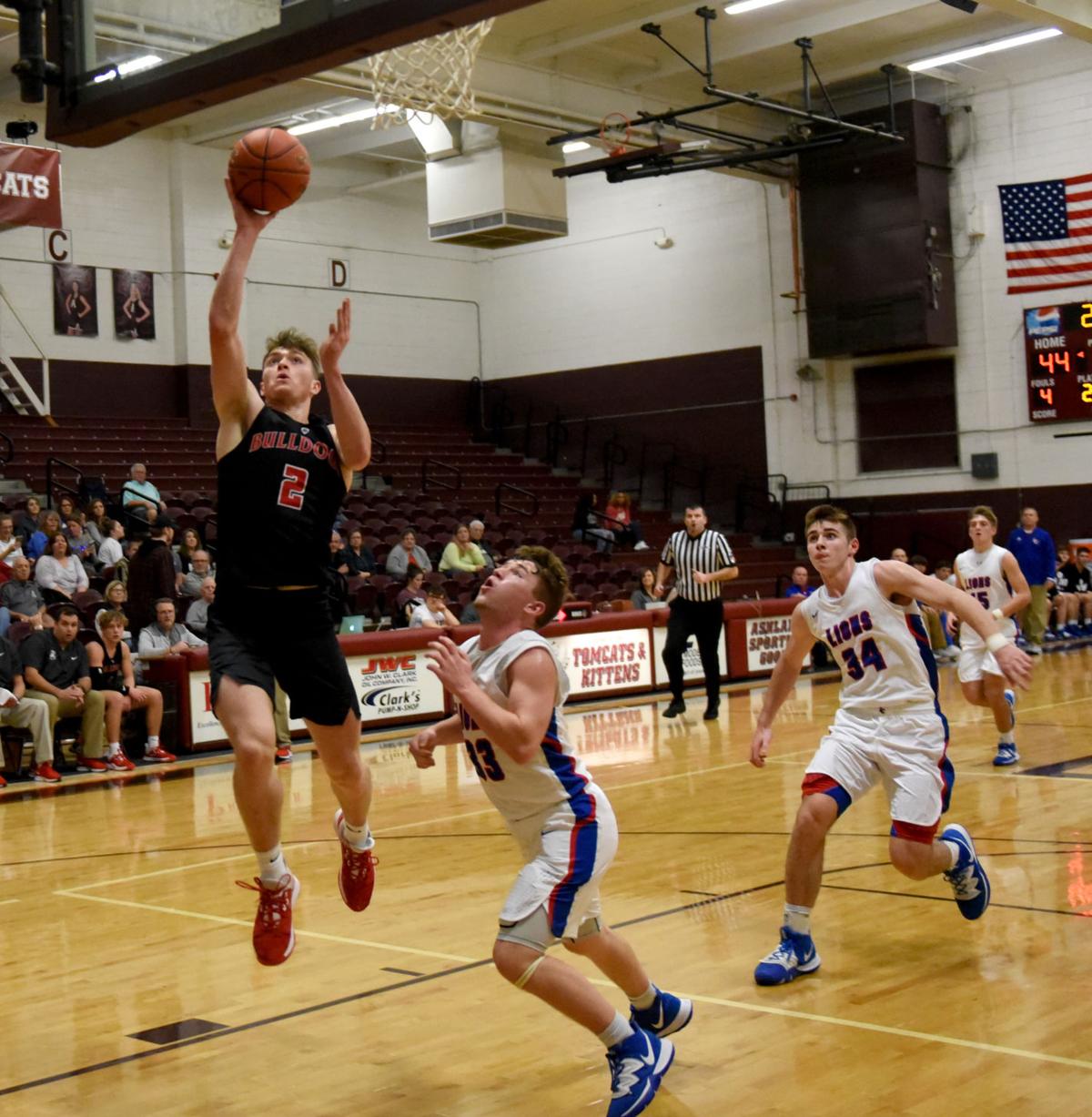 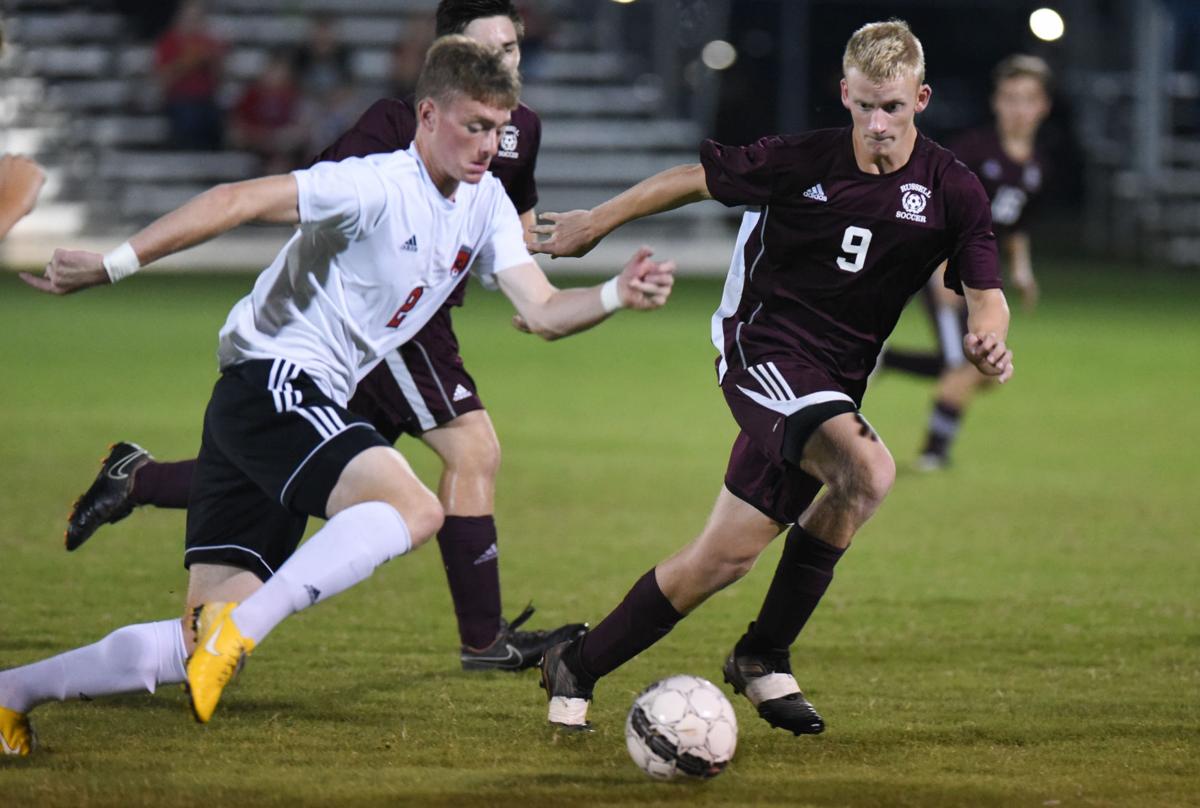 Rowan County’s Mason Moore slides for second base as Lawrence County’s Tyler Maynard brings down a tag Saturday, June 1, 2019, at the Semi-State 8 Tournament in Morehead, Ky. Photo by John Flavell / For The Daily Independent

Tyler Maynard started playing soccer at age 3 and basketball at 5, he estimates. It wasn’t until a nudge from his father when he was 10 that Maynard took up what’s become his favorite sport — baseball.

“It was just one of those sports where I didn’t enjoy it,” the Lawrence County senior said of the diamond, “and then middle school hit and we had a little bit of success, and then high school hit and we really found a lot of success in it, and I just fell in love with the game.”

Baseball is providing Maynard’s collegiate path. The combination of the three sports sent him off with another award to put on his résumé before that.

Maynard was named recipient of the seventh annual Wallace “Wah Wah” Jones Award on Wednesday. The award honors “a senior multi-sport athlete who excels equally in their classroom and contributes greatly to their community,” said the press release announcing Maynard’s receipt.

Maynard has not only had great individual success in baseball, basketball and soccer, but he’s been part of sustained team success in all three.

“I’ve been here for 22 years,” Bulldogs baseball coach Travis Feltner prefaced. “I’ll stand behind this statement — Tyler Maynard is a top-five athlete that I have witnessed come through Lawrence County High School. This award is certainly merited, and I know with Tyler’s humility he’s very gracious to be selected for such an honor.

“Very few people have any idea the level of commitment and sacrifice Tyler has given over the past four years.”

As a junior, Maynard hit .446, drove in 41 runs and scored 49 runs for last year’s baseball Bulldogs, all while compiling a 2.40 earned-run average and 97 defensive assists. Lawrence County won the 15th Region Tournament and reached the Semi-State round.

In the fall, Maynard scored 22 goals and dished four assists for the soccer Dawgs, who won their second 58th District Tournament title in as many years of existence and made it to the region tournament final.

That was closely followed by a winter’s worth of 20.6 points and 6.2 rebounds per game on the hardwood. Maynard was the 58th District Player of the Year as Lawrence County’s basketball team duplicated its soccer counterparts’ district tournament crown and region title game appearance.

“Tyler’s best trait is that he is a winner and he finds ways to make it happen in soccer, basketball, baseball or with his education,” said Bulldogs soccer coach Scott Johnson, who is also the high school counselor. “What a great representative for Lawrence County and Kentucky.”

“Playing three sports nowadays is definitely not easy, but he has proven that if you want to be successful bad enough you will find the time to perfect your craft in any sport you may choose,” Thompson said. “There is no doubt about it, Tyler will be missed in our program. He will be used as an example in our locker room for years to come. Special kid, special athlete, and an even better teammate.”

All told, Bulldogs teams Maynard has played on have won eight district tournament championships and played in four region title games since he broke onto the Lawrence County baseball roster as an eighth-grader in 2016.

He also totes a 4.0 grade-point average, according to the release.

Lawrence County’s baseball team was anticipating a special season, but that is on hold due to the KHSAA’s dead period as the COVID-19 pandemic continues.

Maynard half-joked he didn’t mind the first couple of weeks of the break, because he’s been playing one sport or another “nonstop for two and a half years” because Lawrence County added its boys soccer program before his junior year, “but now I’m itching to get back out there. I don’t know what to do with my time.”

Maynard said he didn’t expect to win the award “just because I’m from a little town in eastern Kentucky, but when I found out, I was really excited and it caught me off-guard for sure.”

Maynard has signed with Pikeville to play baseball and is considering pursuing nursing. Current events didn’t play any role in that desire, but they didn’t change his mind, either, he said, with medical personnel in high demand fighting the pandemic in some “hot spots.”

Maynard is the second northeastern Kentucky player to receive the award. The late Justin Graham of Rowan County got it in 2015.

Jones was an All-American in both basketball and football at Kentucky and an Olympic gold medalist in hoops in the 1940s.

The award will be presented at the Mr. and Miss Basketball ceremony on June 28 at the Griffin Gate Marriott in Lexington.