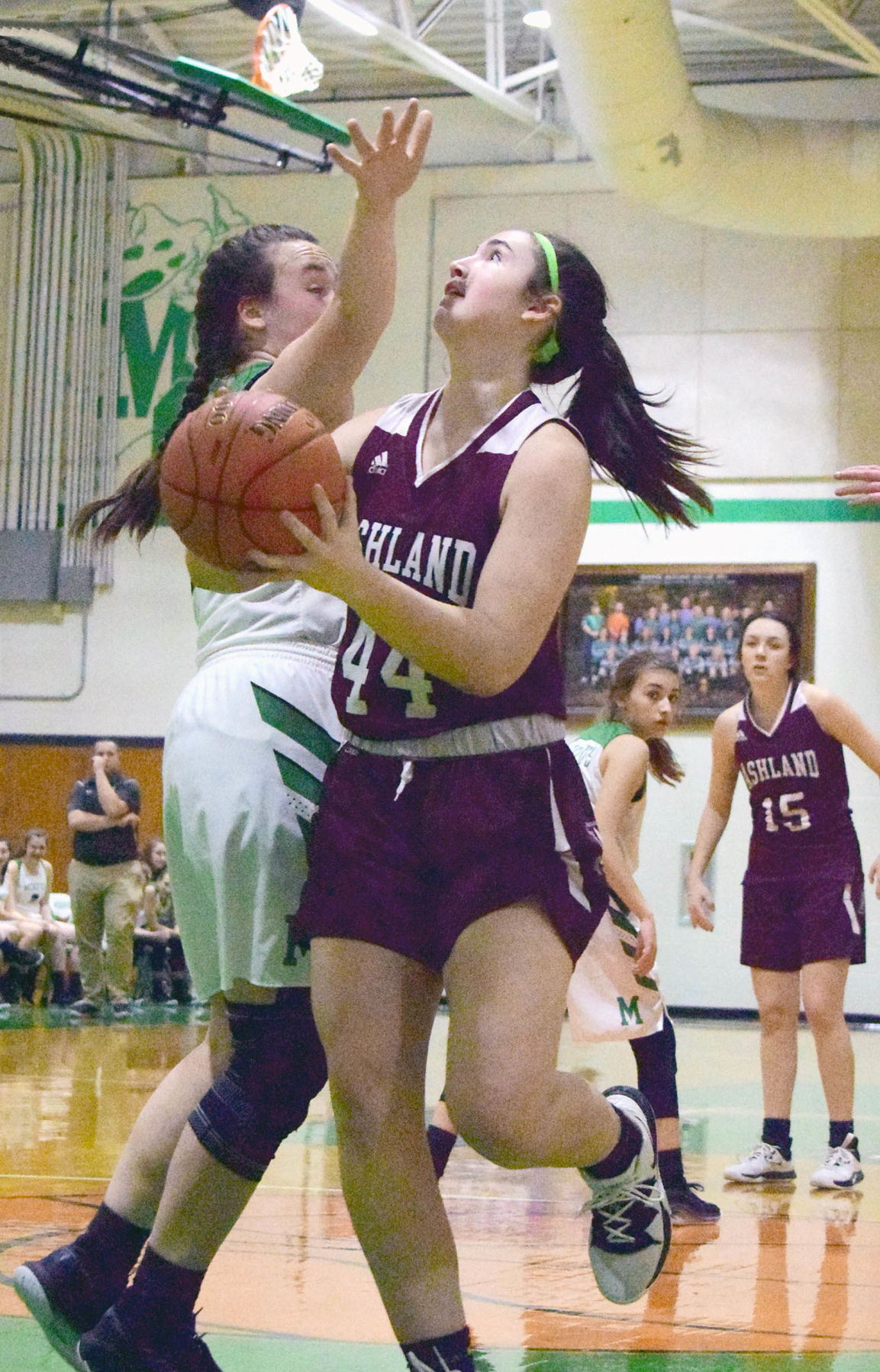 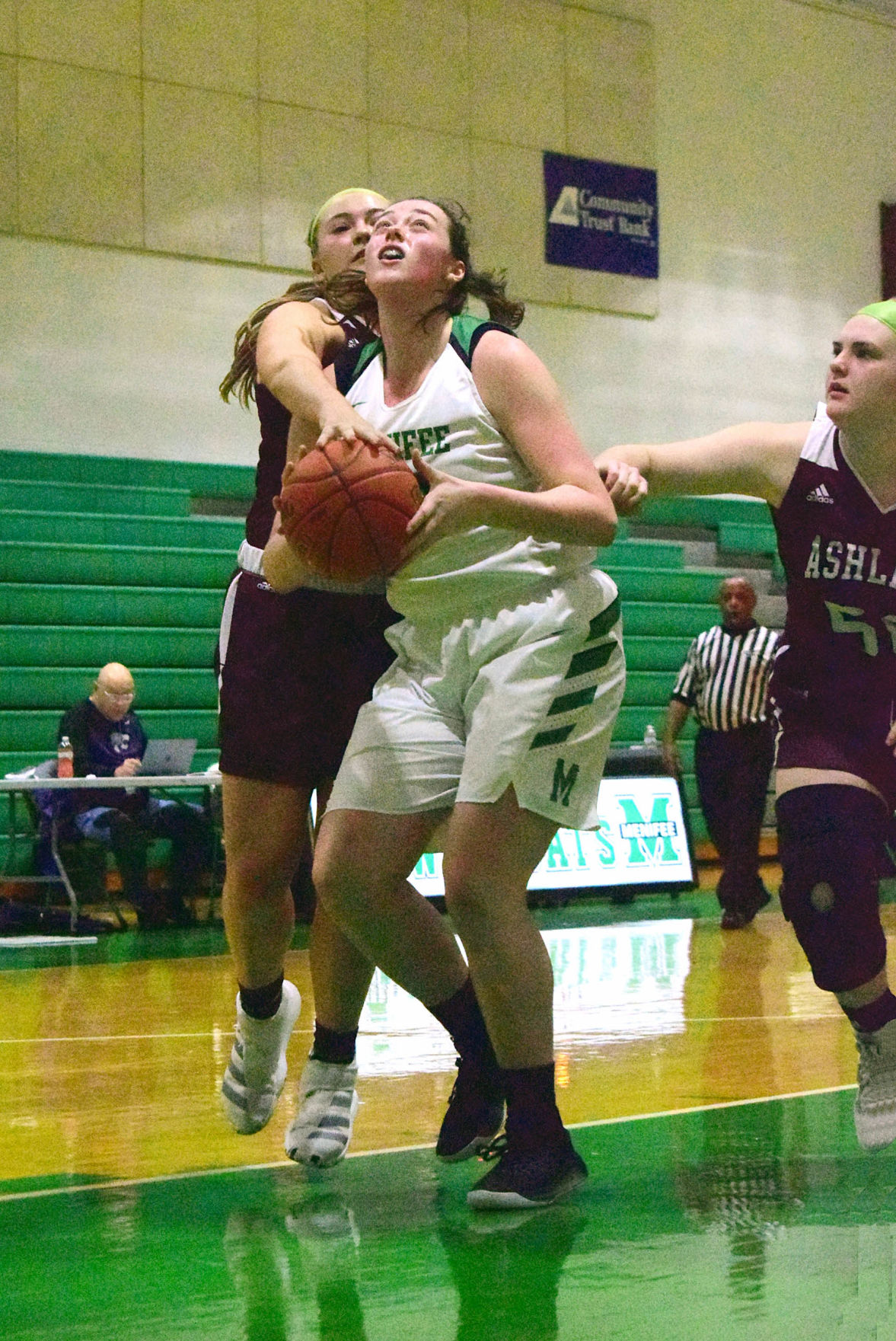 Ashland’s sophomore center may soon enjoy the pleasure. Her 14 points and 10 rebounds helped the Kittens to an 82-49 win at Menifee County.

Points and rebounds were nice, but Martin’s reward has more to do with comestibles. She also drew two charges – giving her four for the season – one more than she needed to earn a gift card to a local restaurant courtesy of Kittens assistant Matt Robinson.

Martin giggled when asked how long it would take her to cash in on Robinson’s largesse – “probably” Saturday night, she said. Rebounding, however, was the thing she most wanted to improve.

“I try to get as many rebounds as I can,” Martin said. “It was hard (Saturday) because of the two bigs (Menifee County’s Kelsey Woodard and Morgan Wells) inside.”

“Woodard’s a load inside,” Bradley said. “We had trouble with her early.”

Martin was not Ashland’s leading scorer, but she was part of a quartet of double-figure scoring. Julia Parker led the Kittens with 20 points, Carley Cullop added 11 points and nine assists, and Morgan Bradley chipped in another 10 points.

As important as the overflowing offense and Martin taking charges were, the Kittens defense was equally effective. It helped Ashland (10-3) keep the Ladycats scoreless for the final 4:41 of the first quarter and the opening 1:45 of the second.

After Menifee County (5-8) took a 2-0 lead on two Kelsey Evans free throws, Martin and Cullop put Ashland ahead, 7-4. Cullop was the major contributor – she scored five points, and Martin added the other two plus a steal.

“They have a veteran team, well-coached, depth, they shoot the ball very well,” Menifee County coach Paul Ricker said. “And I thought for us, playing the kids we play, the youth that we bring in, a freshman point guard, things like that, I loved our fight.”

Cue the Ashland highlights from there.

Finish with Ashland’s diverse defenses. The 2-2-1 and man-to-man presses mostly bedeviled the Ladycats into a 21-7 fourth-quarter nightmare.

Martin is already planning to take two more charges, which would give her six – and hopefully more of Robinson’s free-food philanthropy.

“I get another gift card,” Martin said.