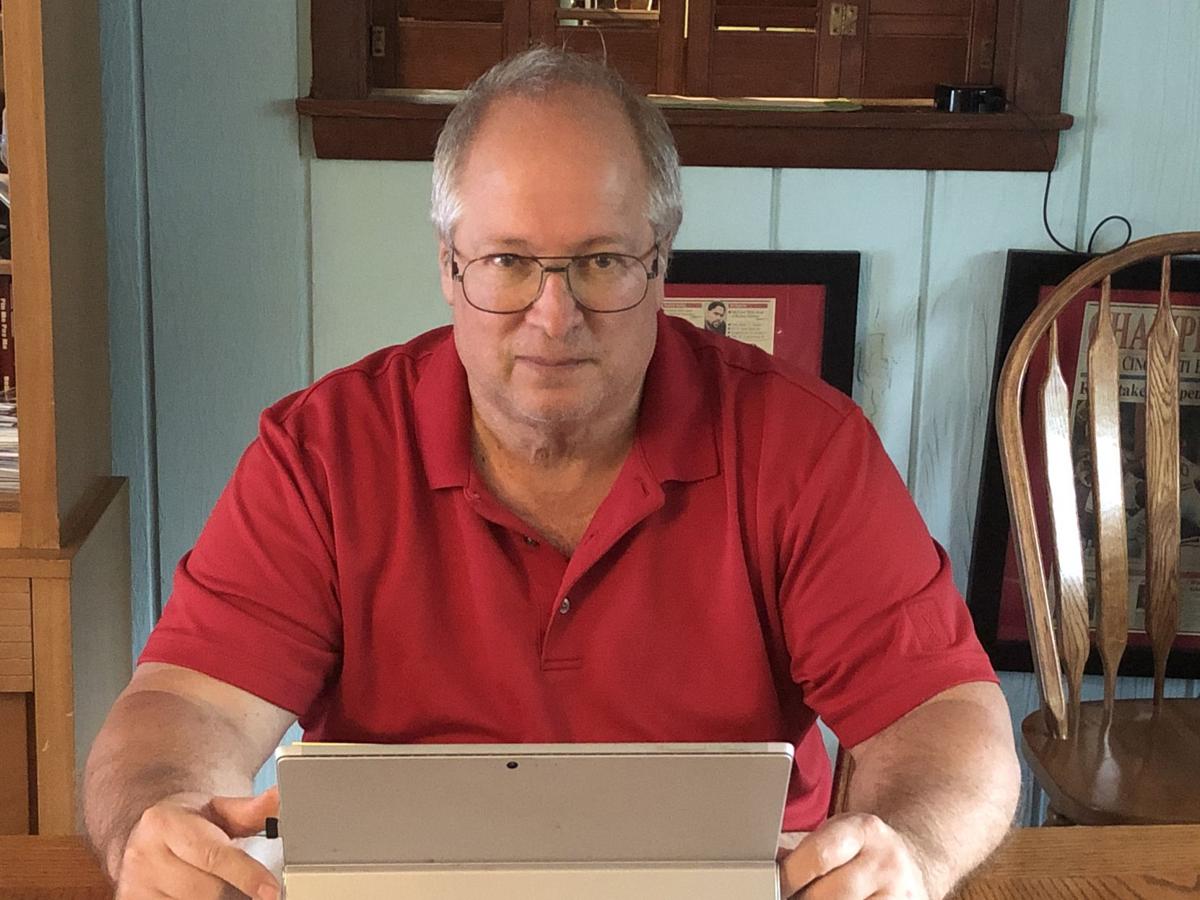 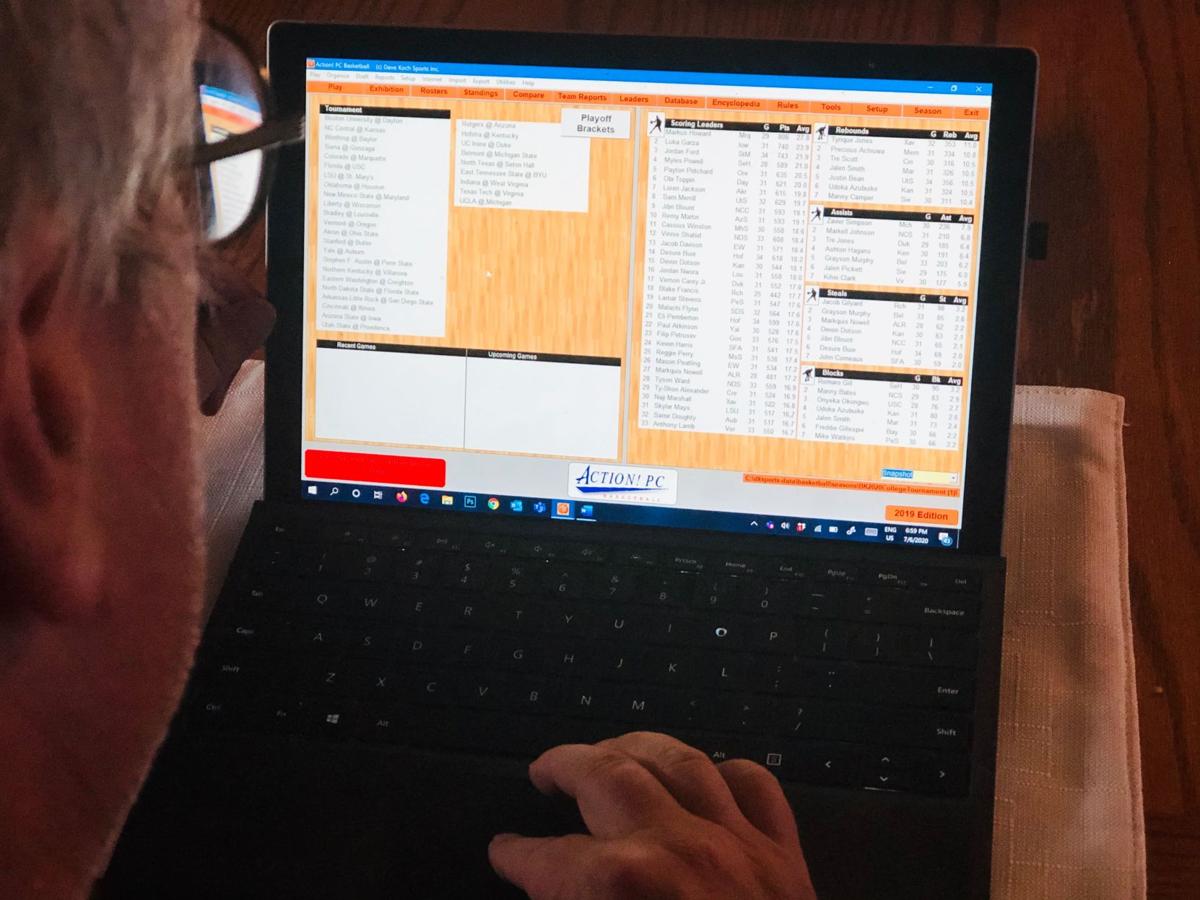 Mark Maynard simulates a game between real teams on his laptop to produce an outcome for his fictional contests. 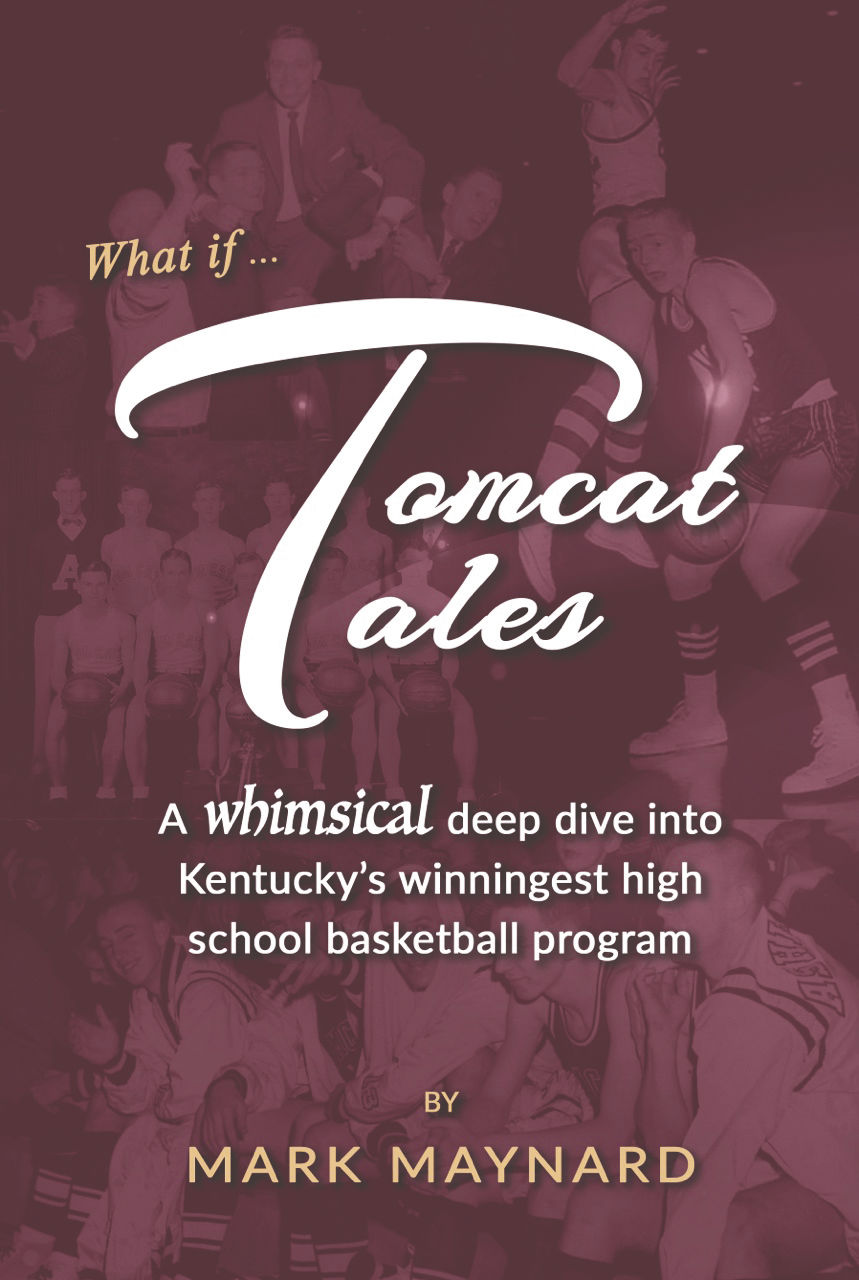 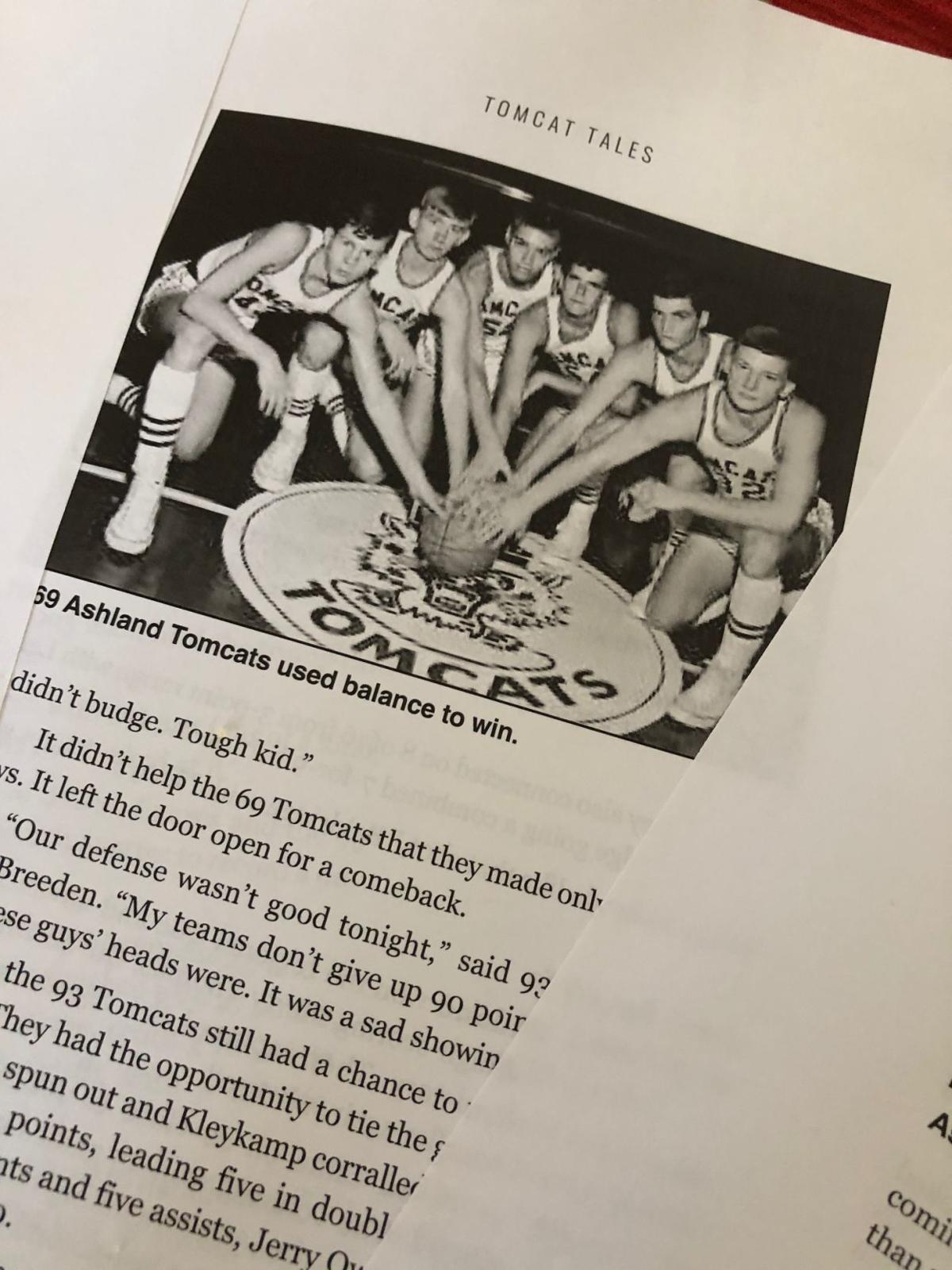 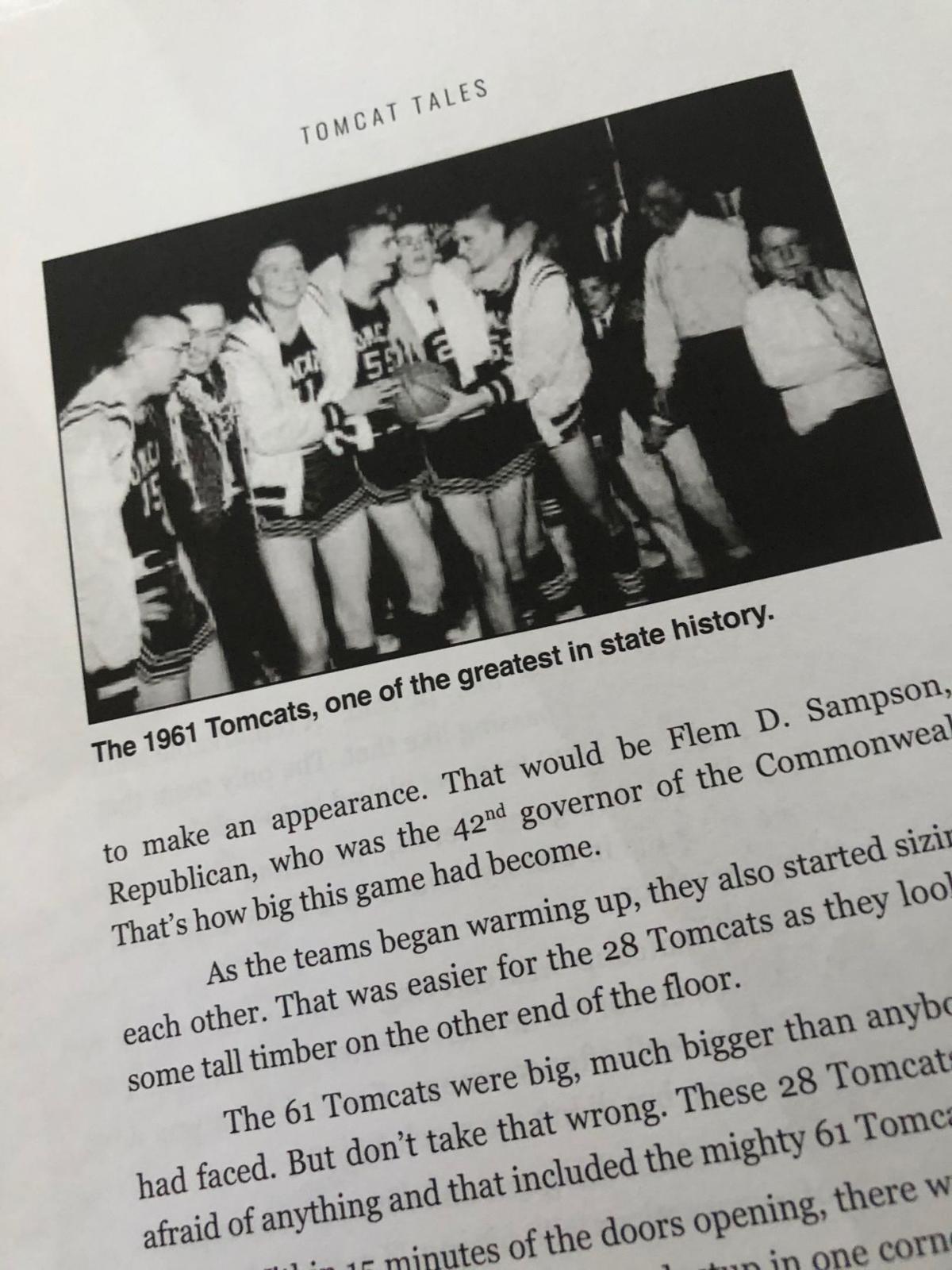 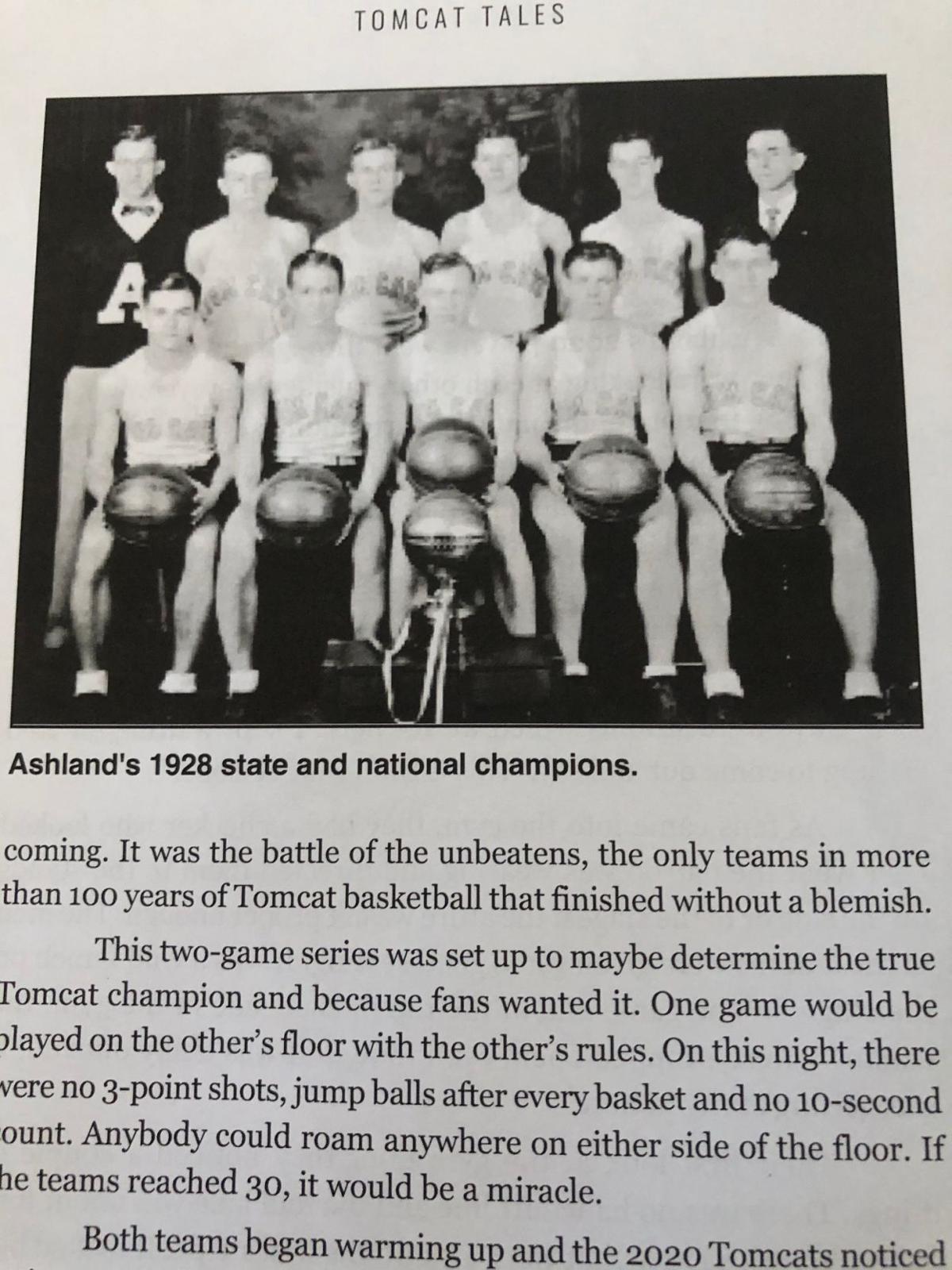 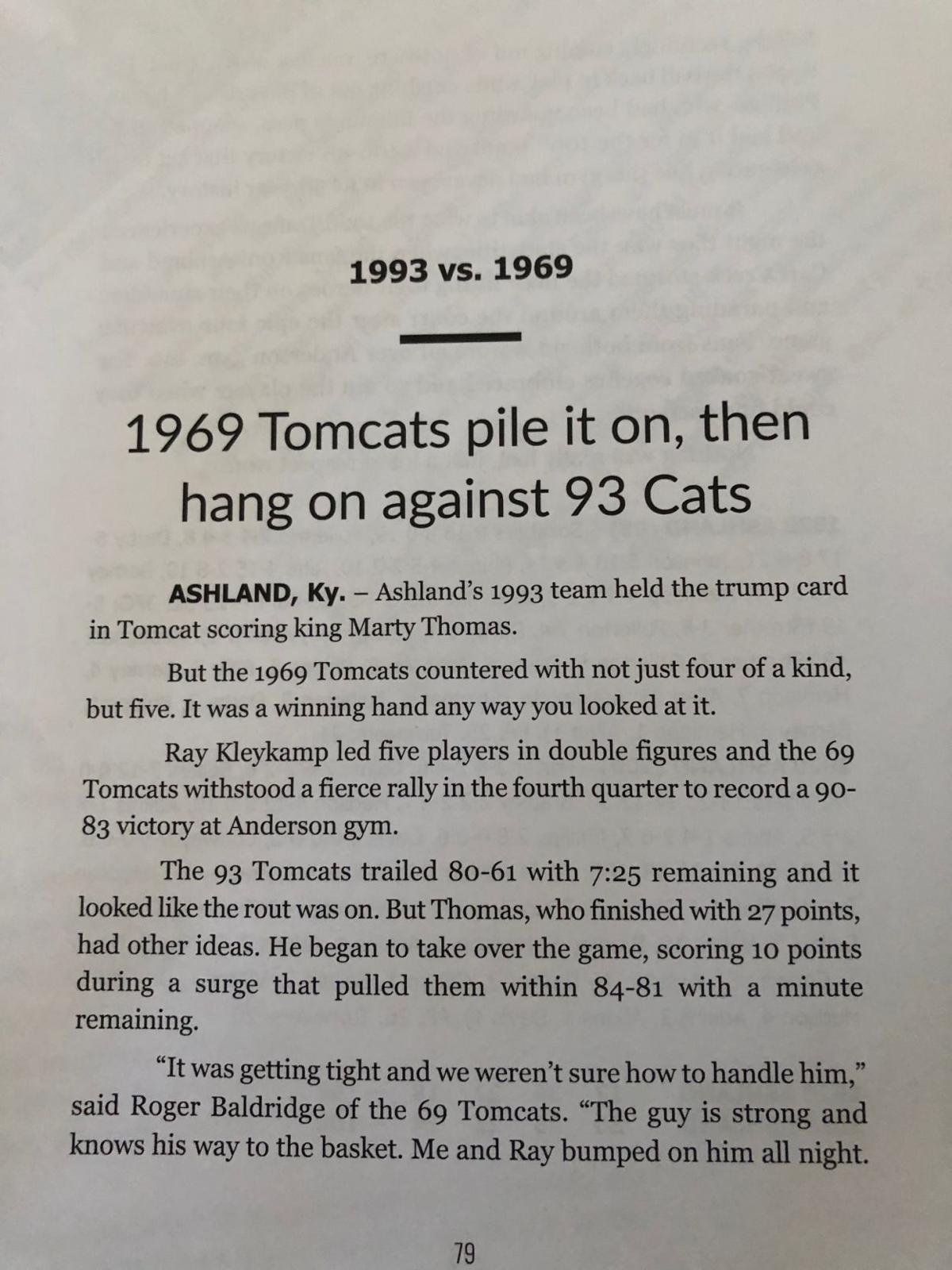 Mark Maynard simulates a game between real teams on his laptop to produce an outcome for his fictional contests.

Mark Maynard has dazzled readers for decades as an accomplished sports writer, editor and author.

Maynard refers to the book as a whimsical deep dive into Kentucky’s winningest high school basketball program. Even in a world of fable and fiction, Maynard draws on his extensive experience and rich Tomcat tradition to bring some reality into the game.

“This was a combination of fiction and history, which made it even more fun,” Maynard said. “I’ve never written fiction. Even the children’s book I wrote was true to life. It was exactly what had happened. There is a lot made up in the new book, but there is still so much real history in it that it didn’t seem like it. What I really tried to do was put people in the gym.”

Maynard said his original intent wasn’t to produce a book. He was having fun entertaining himself and his followers on Facebook. Just like any fan, he was also starved for sports and decided to create some of his own.

He bought a game around the time the NCAA Tournament was canceled. The game formulated a bracket and allowed players to strategize as a coach. Of course, Maynard got to work as John Calipari. Kentucky narrowly lost a tournament game and Maynard penned a game story.

After contemplating his next move, Maynard decided to create a fictional Sweet Sixteen after the 2019-20 Ashland basketball team didn’t get its chance to participate in a real one.

“I figured out how to do a high school tournament,” Maynard said. “I matched up stats and styles as close as I could. I played it out. The first game was really close. They beat Elizabethtown, 69-64, and beat Madisonville-North Hopkins, 81-73, in the next round. They beat Scott County by 20 in the semifinals then defeated Covington Catholic in the finals, 67-60. People were following that thing like crazy.”

Ashland’s march to its first undefeated season in 92 years left an indelible mark on the school’s storied history. Maynard, managing editor at Kentucky Today who started covering area sports in the mid-1970s for The Daily Independent, has cemented his place in that tradition with his collection of work. He received the Distinguished Tomcat Award at the 2017 Ashland Invitational Tournament.

He also knows how to weave a story.

In a few of his simulated stories, Maynard has Ashland’s best coaches strategizing against themselves in a contest between two different teams.

Current Tomcats coach Jason Mays is an avid reader of Maynard’s roundball regales and said he is depicted very well. The 2020 team played several teams in this series, including the 1996 state runner-up.

“He does know all the personalities of the coaches,” Mays said. “I thought he had (1996 coach) Wayne Breeden spot-on with some of the comments he made. Coach Breeden was intense and very defense- and game-prep-oriented. Maynard does a have a feel for the players and coaches he writes about.”

Mays said the book enlightens readers about the Tomcats tradition. Maynard effectively encapsulated the great athletes, teams and coaches from different eras in each game story, according to the Ashland coach.

“It shows how much people care about Ashland athletics in this town,” Mays said. “It speaks to our tradition and the heritage you leave behind when you are a student-athlete. I think current student-athletes needs to pay attention to things like this and realize the impact they have while they are here. No other high school in the state is doing this. It’s unique.”

Maynard said he wanted his game stories to be very descriptive. He included the sights, smells and electric atmosphere of matchups between some of the greatest teams Ashland has produced.

“It was kind of interesting to see, maybe this is what could have happened,” Maynard said. “That was my whole premise. I played all those games, then I started playing other Ashland teams. There is no other individual school that you could do this with. They have won so much. The Tomcats have 33 regional championships.”

Maynard includes every Ashland region champion in the book since 1953, but he also invited the 1928 team due to its historical significance. The great 1961 and 2020 Tomcat teams are well-represented.

The simulations involve a two-game series where each contest is played in the era of one of the teams using the rules of that time.

When the famed 1928 Tomcat team played host, a jump ball was held after every basket. There was no over-and-back because there was no midcourt line. Maynard writes about what you would see at Alumni Gym on a freezing winter night, where the temperature inside would get so hot the windows would always be open. Fans would arrive on horseback. The famous “dead spot” on the floor that was a difference maker for years actually cost the home team a victory in the book.

In turn, when the 1928 team played in the present day, Maynard details the reaction of the legendary Ellis Johnson, before he became Adolph Rupp’s first All-American, to Anderson Gym and the 3-point line.

“When I match the teams up, I look over their season and their stats,” Maynard said. “There are so many things I remember. I remember covering all these guys. That’s the fun part for them, too. They are reliving their glory days a little bit through this. This game spits out a box score. I embellish the play-by-play.”

“There are so many great stories here,” he added. “To have a good-sized book, you have to have around 35,000 words and that is what this was.  I talked to Adam VanKirk of Right Eye Graphics. He’s put together seven of my nine books. He did a good job of putting it together.”

Maynard also saw a fun opportunity with Ashland’s talented family trees to pit fathers and sons as competitors on the floor. Bob and Bill Lynch are depicted playing against sons Rob and Chris. Johnson even saw a few minutes of action with his son, Ken.

Maynard details the action inside the lines with each game story, but he also captivates with the atmosphere outside of them.

“You touch on their high school days and they love it,” Maynard said. “That’s definitely right up my alley. That’s probably what I do best. Part of that is the experience, knowing the history and understanding the history. I lived here my whole life. I followed the Tomcats as I grew up. I covered them as a reporter and then as sports editor. I was always looking for the good story.”

Maynard refers to Ashland as “a different animal” than any other team in the state when it comes to success and tradition. Mays said that distinction isn’t confined to the basketball court.

“Our team probably did serve as a catalyst for some of that because of the energy that was created from this past basketball season,” Mays said, “but I want to be clear. This past year, we had one of the best women’s soccer teams. They went undefeated until the state semifinals. Football has so many state championships. It’s not just basketball. People are passionate about all sports here at Ashland.”

Maynard attached a question to the cover of his new book.

“It’s not a little thing to be remembered,” Maynard said. “I think this book has allowed people to be remembered again. The names are real. The seasons are real. The stats come from a computer, but they are based on real averages. All that is real with each entry. I included a paragraph about what happened in real life. I hope people take it for what it is. It’s ‘Tomcat Tales.’ A tale is a story.”

A new shipment of “Tomcat Tales” will be arriving soon, Maynard said. To buy a copy, message Maynard on his Facebook page. They will also be available at Second Hand Rose and Pollock’s Jewelers in Ashland. The cost is $20.

Maynard has started exploring his simulation series further and included other area schools. You can read them at his blog, markmywords2.com.