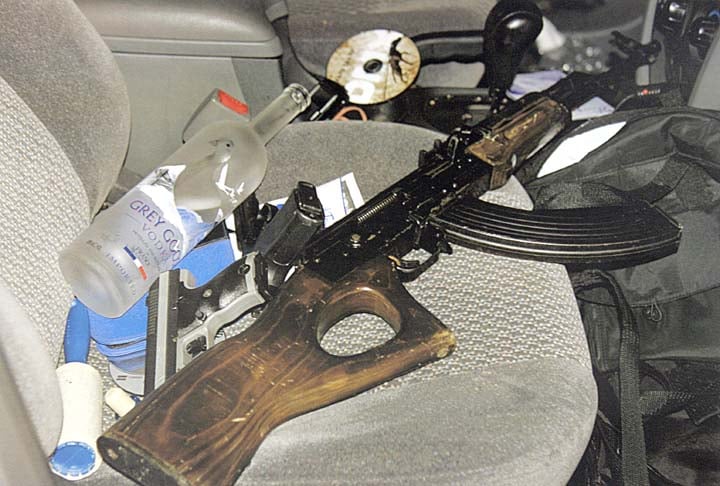 This photo taken and released by the Columbus Police Department shows the passenger seat side of Maurice Clarett's SUV after Clarett was arrested. 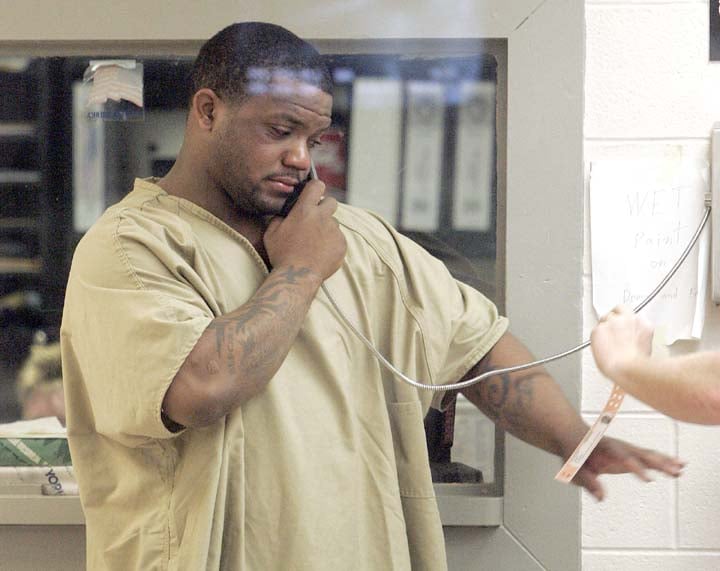 Clarett makes a phone call as he is booked at Franklin County Corrections Center Wednesday. 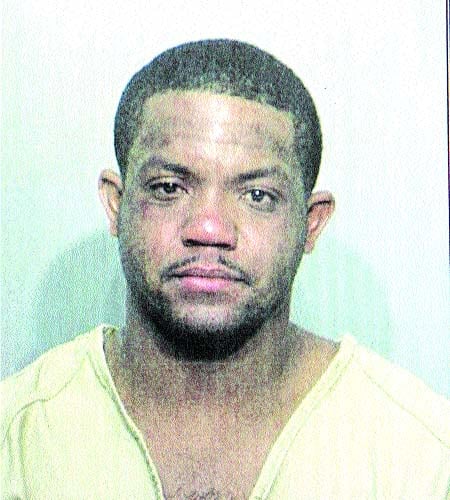 This photo taken and released by the Columbus Police Department shows the passenger seat side of Maurice Clarett's SUV after Clarett was arrested.

Clarett makes a phone call as he is booked at Franklin County Corrections Center Wednesday.

The legal morass that has ensnared Maurice Clarett since he was Ohio State’s star running back mounted Wednesday when police found four loaded guns in his sport utility vehicle and couldn’t subdue him with a stun gun because he was wearing a bullet-proof vest. It was just the latest in a series of problems for the beleaguered Clarett, who hasn’t played a game since scoring the winning touchdown in the Fiesta Bowl as a freshman for Ohio State’s 2002 national champions. He already faced trial in an armed robbery case next week, and his bond on those charges was raised to $1.1 million after he was jailed on the new weapon and traffic charges. Clarett hid one semi-automatic handgun under his legs in the driver’s seat and had an AK-47-type assault rifle on the passenger seat, police said. They said they found two other semi-automatic handguns, including one in a holster in a backpack. “We don’t have any idea why he had them or what, if anything, he was going to do with them,” Columbus police Sgt. Michael Woods said. “But if you’ve got four guns in your car, you’re up to no good.” The arrest came near the home of a witness set to testify against Clarett next week in the robbery case, Franklin County Prosecutor Ron O’Brien said. When police tried to shock Clarett, they couldn’t because of the vest and had to use pepper spray. Police say he wove in and out of lanes, did a U-turn on a freeway and refused to leave the SUV after a spike stick flattened its tires. Clarett’s promising football career was derailed when he was suspended for the 2003 season after being charged with falsifying a police report. He dropped out of school, then sued and lost in an attempt to be included in the 2004 NFL draft. He was a surprise third-round pick by the Denver Broncos in the 2005 draft but was cut during the preseason. Earlier this year, he was charged with robbery and carrying a concealed weapon after authorities say he was identified by witnesses as the person who flashed a gun and robbed two people of a cell phone in an alley behind a Columbus lounge early on New Year’s morning. Assistant Franklin County Prosecutor Tim Mitchell asked a judge Wednesday to keep Clarett in jail and revoke his bond on the robbery charges, given that Clarett was arrested close to the home of Tywona Douglas, one of the people who identified him in the alley behind the bar. Clarett’s attorney, Nick Mango, said it was “probably unlikely” that Clarett would be able to post the higher bond, meaning he would stay in jail for the duration of his trial, which starts Monday. The 22-year-old Clarett, a high school friend of NBA star LeBron James, became a father when his girlfriend gave birth to a premature daughter last month. When a judge scolded Clarett last week for being late for a hearing on the robbery charges, his attorney said Clarett was taking care of the baby. Clarett did not speak to police who tried to interview him at the station Wednesday, and his arraignment in that case was scheduled for Thursday. Police said the 6-foot, 245-pound Clarett refused to get out of the SUV when he pulled into a restaurant parking lot after a highway chase. It took several officers to handcuff him, and he kicked the doors of a transport vehicle as he was being taken to city police headquarters, Woods said. A partially full bottle of vodka was found in the SUV, but no breath test was given because there was no indication Clarett was intoxicated, Woods said. Clarett had planned to play for the Youngstown-based Mahoning Valley Hitmen, one of five teams in the Eastern Indoor Football League, starting in January. Hitmen coach and owner Jim Terry said he spoke with Clarett by cell phone early Wednesday about upcoming tryouts and there was no hint anything was wrong. The arrest will not affect Clarett’s status with the team, Terry said. “We gave him a chance and now we’ll wait to see what happens,” he said. “I’ve seen far worse situations than this.”