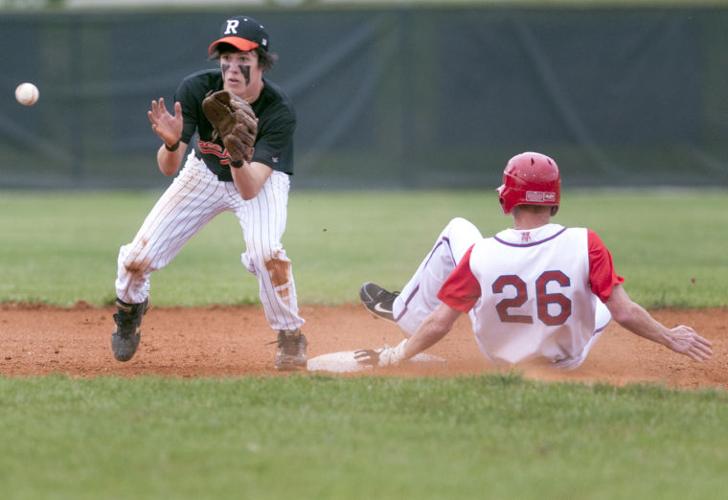 Boyd County's Scott Grimm slides into second base on a steal Tuesday during while Raceland's Zack Liles waits on the throw. 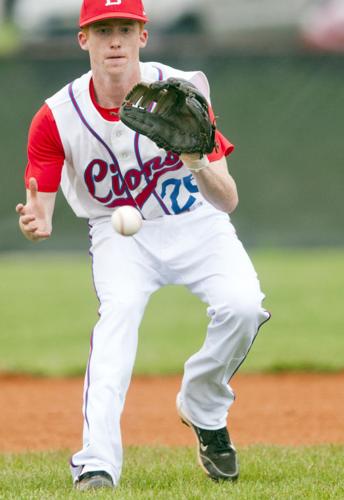 Boyd's Scott Grimm fields a Justin Ratcliff grounder Tuesday as the Lions played host to Raceland for the season opener.

Boyd County's Scott Grimm slides into second base on a steal Tuesday during while Raceland's Zack Liles waits on the throw.

Boyd's Scott Grimm fields a Justin Ratcliff grounder Tuesday as the Lions played host to Raceland for the season opener.

Boyd County has plenty of all three, as evidenced by its baseball season opener Tuesday night at Addington Field. The Lions rolled past Raceland 11-0 in five innings.

“You can’t argue with a win, and a mercy win at that,” said winning pitcher Cody Clark.

The Pikeville College signee worked the first three innings, striking out six batters, and also went 3-for-3 at the plate with two runs scored.

“I like hitting a lot,” Clark said. “Last year, I didn’t get to bat much when I was pitching. Coach (Brandon Ramsey) took out the DH for now. I was glad to see it.

Ramsey said the Lions’ pitchers will get a chance to swing the bat as long as they don’t lose focus about which is most important.

“Our top pitchers are experienced,” Ramsey said. “Offensively, we are better with them in the lineup. When they get on base, we still have a chance to run for them. We’re going to see how it goes. It will be OK as long as they show they can do the pitching part first.”

Clark and junior Trey Salisbury showed excellent control as well as good pop on their fastballs in mowing through Raceland’s lineup. Salisbury struck out five of the six batters he faced.

“They came out and threw 13 of 19 first-pitch strikes,” Ramsey said. “Both guys were aggressive in the strike zone.”

Although 11 of the 15 outs came via strikeouts, Ramsey also liked the fact that the Lions played error-free ball. Last season, fielding miscues became a nagging problem.

“If we play defense, we will be hard to handle,” Ramsey said.

Offensively, Boyd County figures to make good contact all season long and has the speed to put pressure on opponents. The Lions swiped six bases Tuesday, led by Scott Grimm and Ethan Ross with two apiece.

Five singles and four steals in the first inning produced a quick 4-0 lead. The stolen bases kept runners in scoring position and Grimm and Ross each took advantage with RBI singles.

Ross, a senior outfielder, drove in four runs overall. He hit a two-run double in the third inning and pushed across the Lions’ 10th run with a groundout in the fourth.

Grimm scored three runs and knocked in two. With runners on the corners in the fourth, he executed a hit-and-run single through the left side to score courtesy-runner J.D. McDowell.

Boyd County is scheduled to play at home Thursday against Fairview, then heads to Lexington for a Saturday doubleheader against Tates Creek and Henry Clay. Both Lexington teams are ranked in the preseason Top 25 coaches’ poll.

“We will see this weekend how we match up,” Clark said.

Austin Blankenship had both of Raceland’s hits. He doubled in the first inning, then singled sharply in the third to put runners on first and second with two outs. Clark struck out the next batter looking to end the threat.

The Rams won their opener 4-1 Monday at Bath County in eight innings.