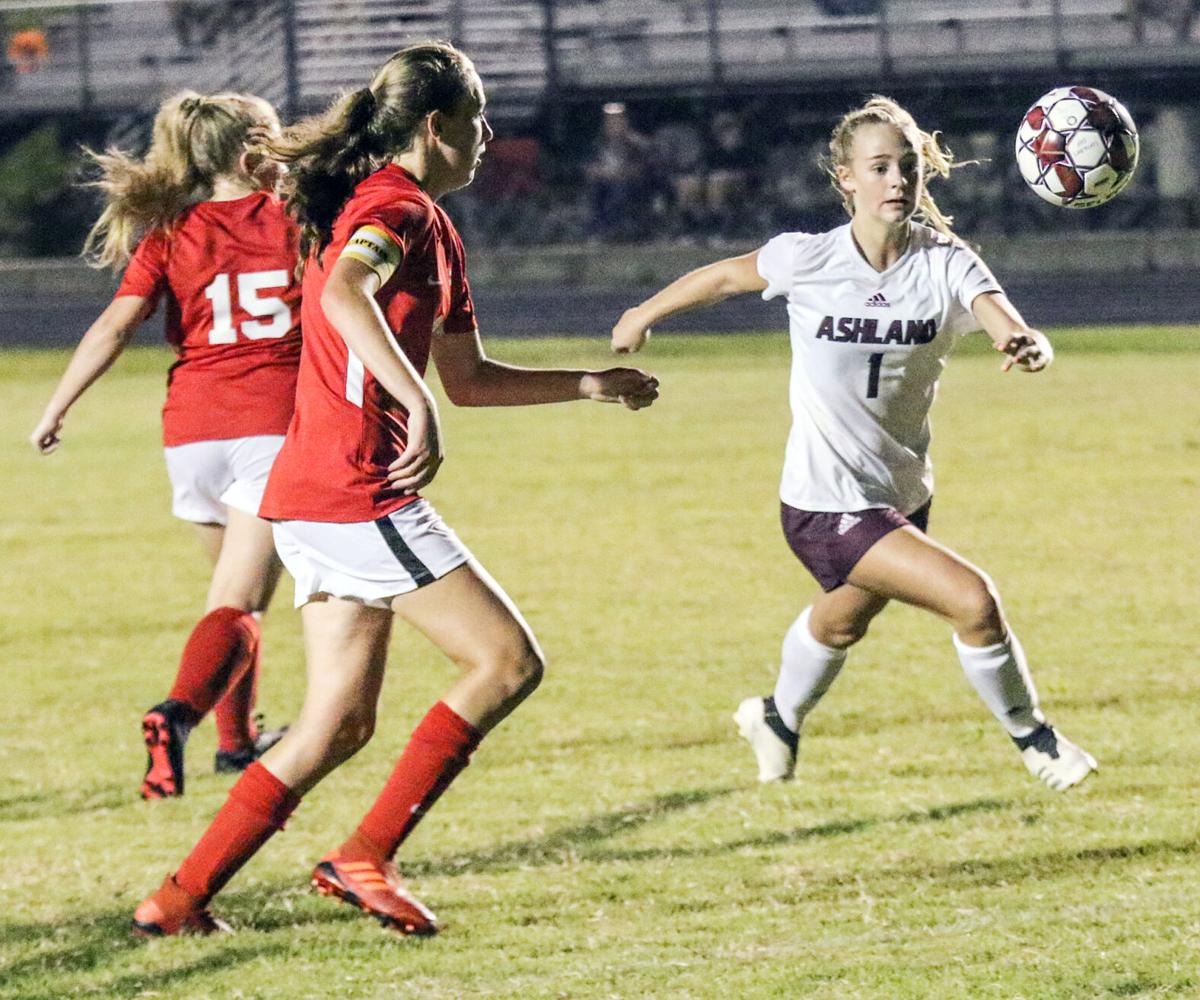 Ashland’s Kenleigh Woods matches a cut toward the ball and goal while Boyd County’s Laci Boyd defends during Tuesday’s match. Boyd was able to clear the ball out of the box for a corner kick. Matt Jones | The Daily Independent 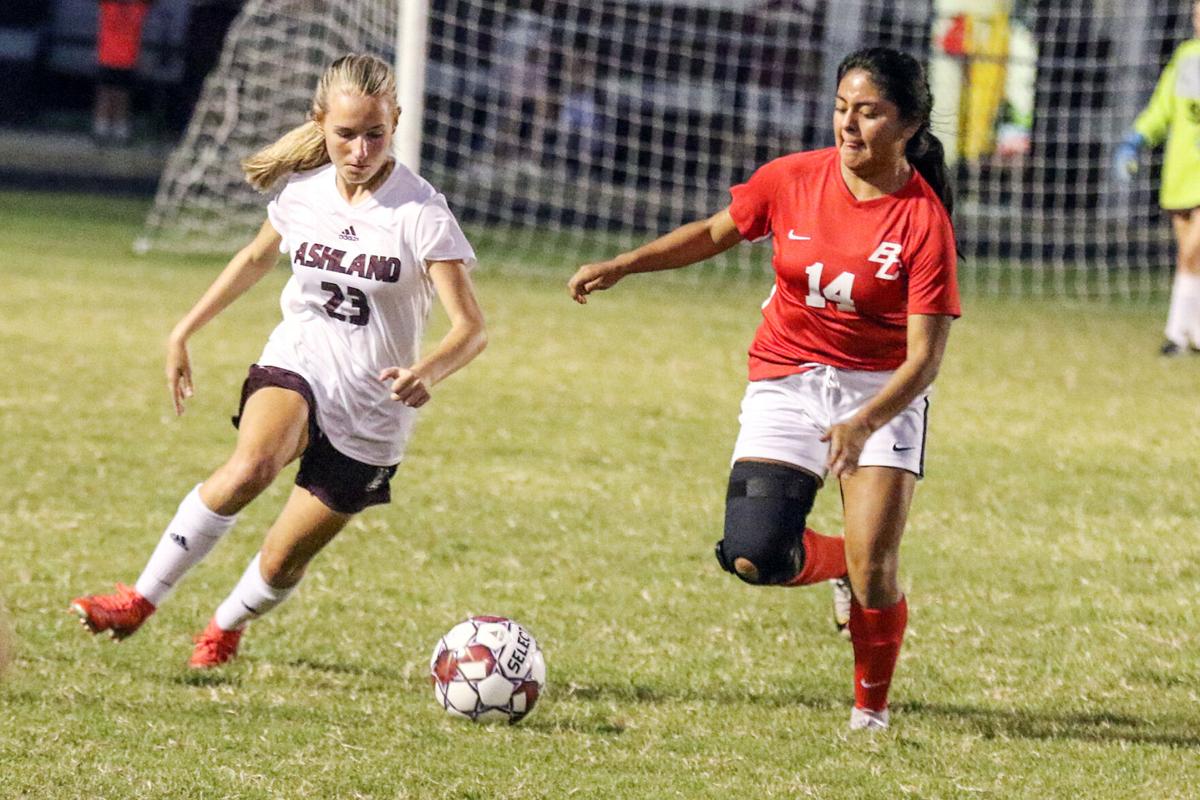 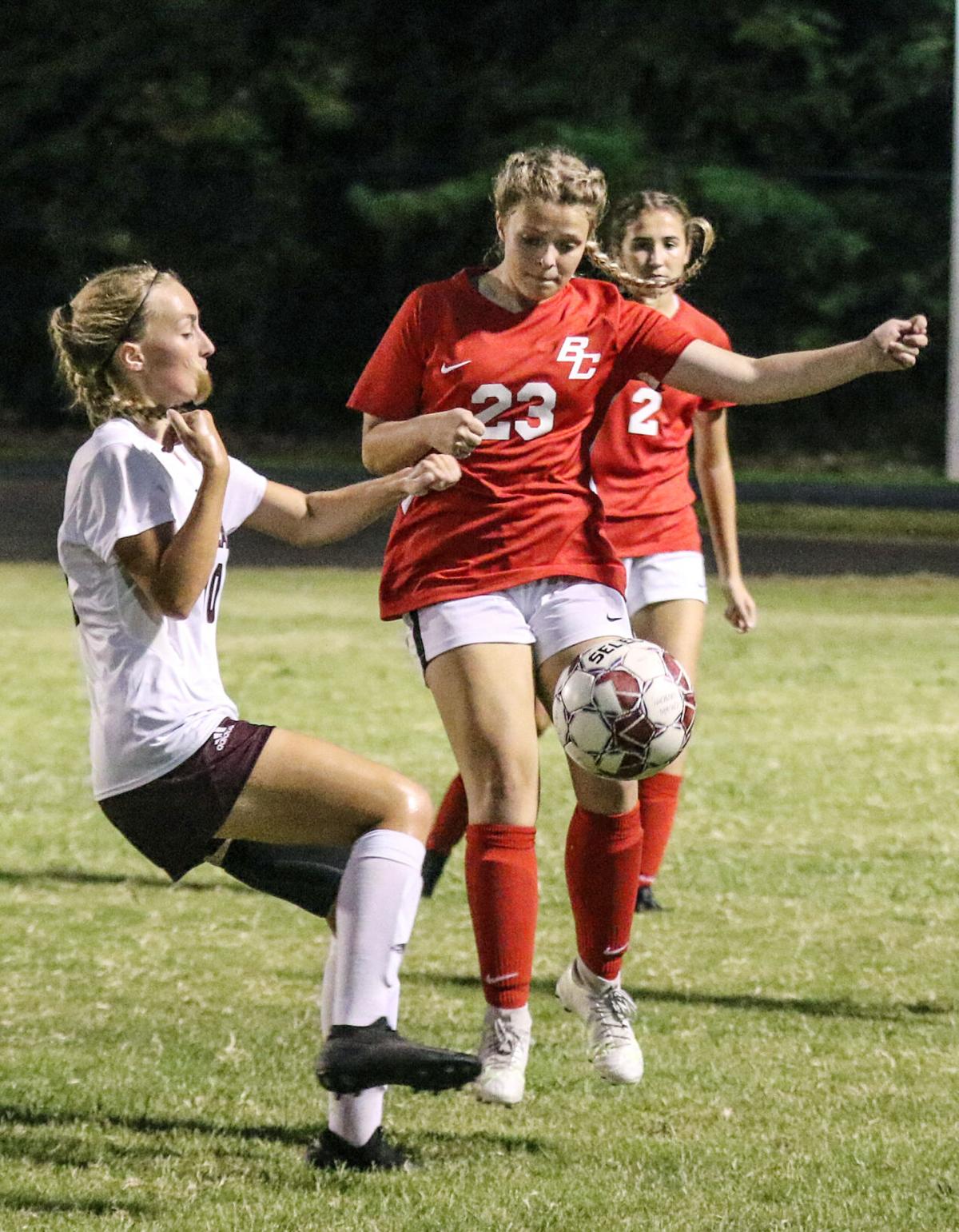 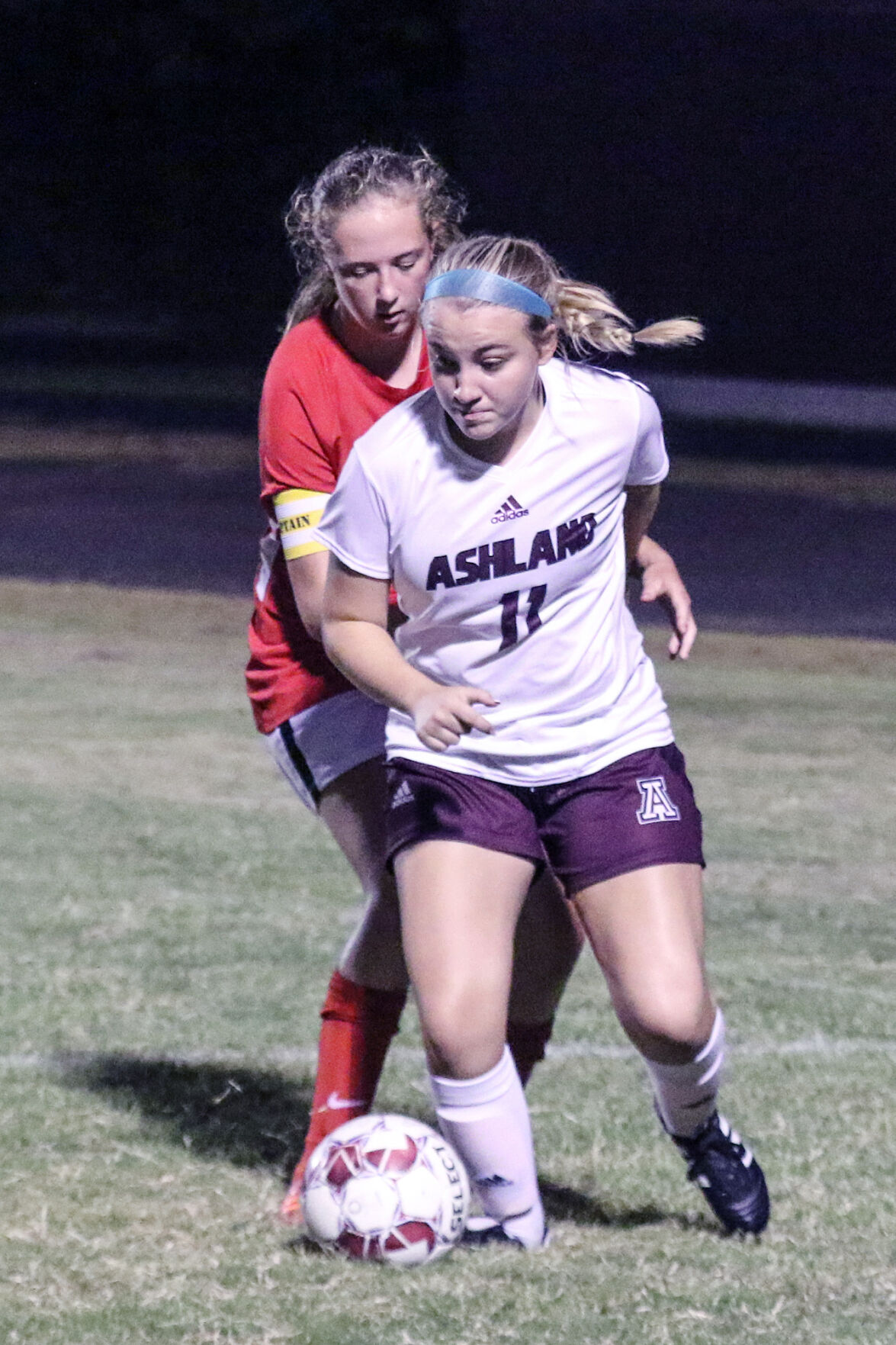 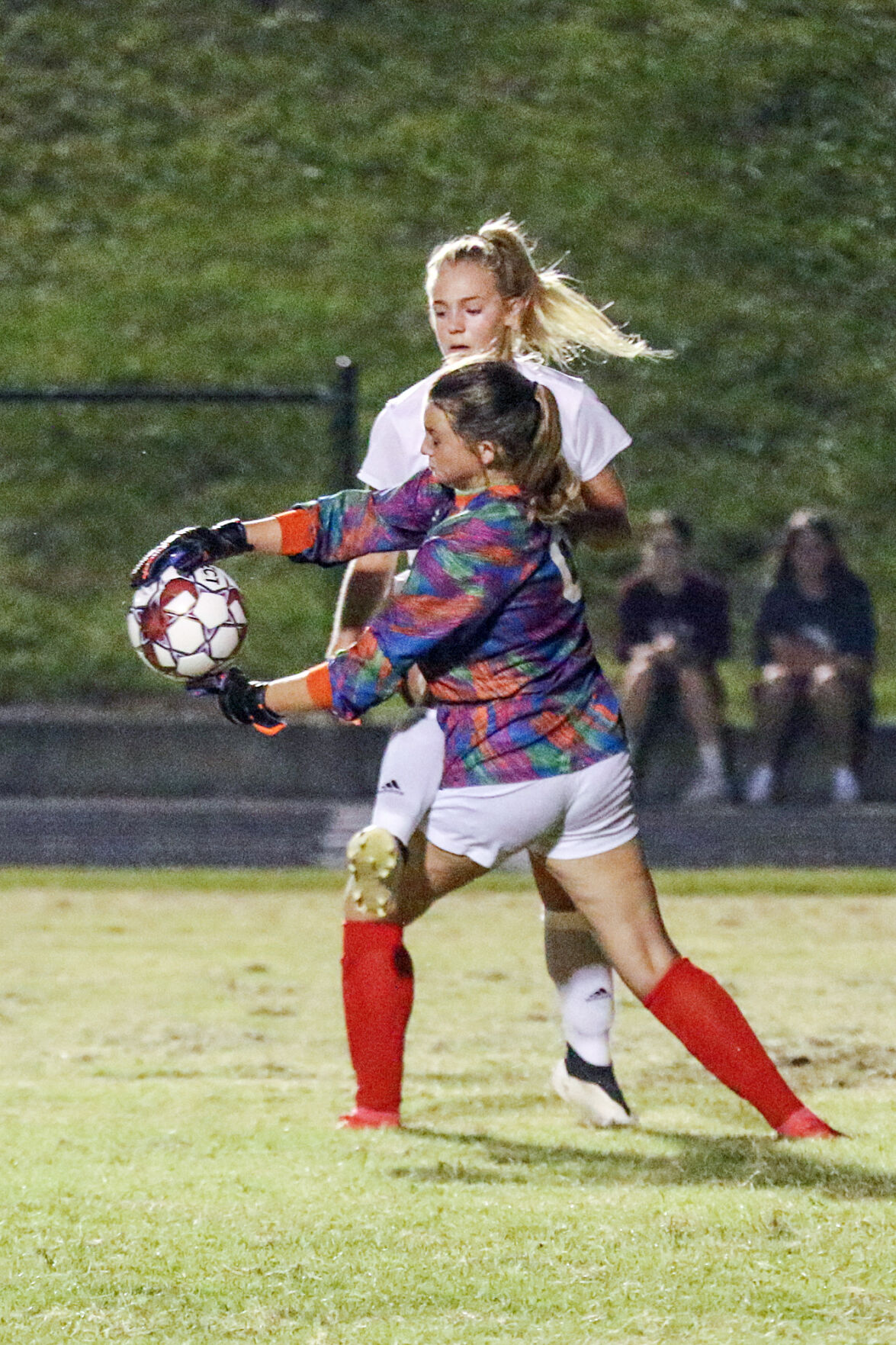 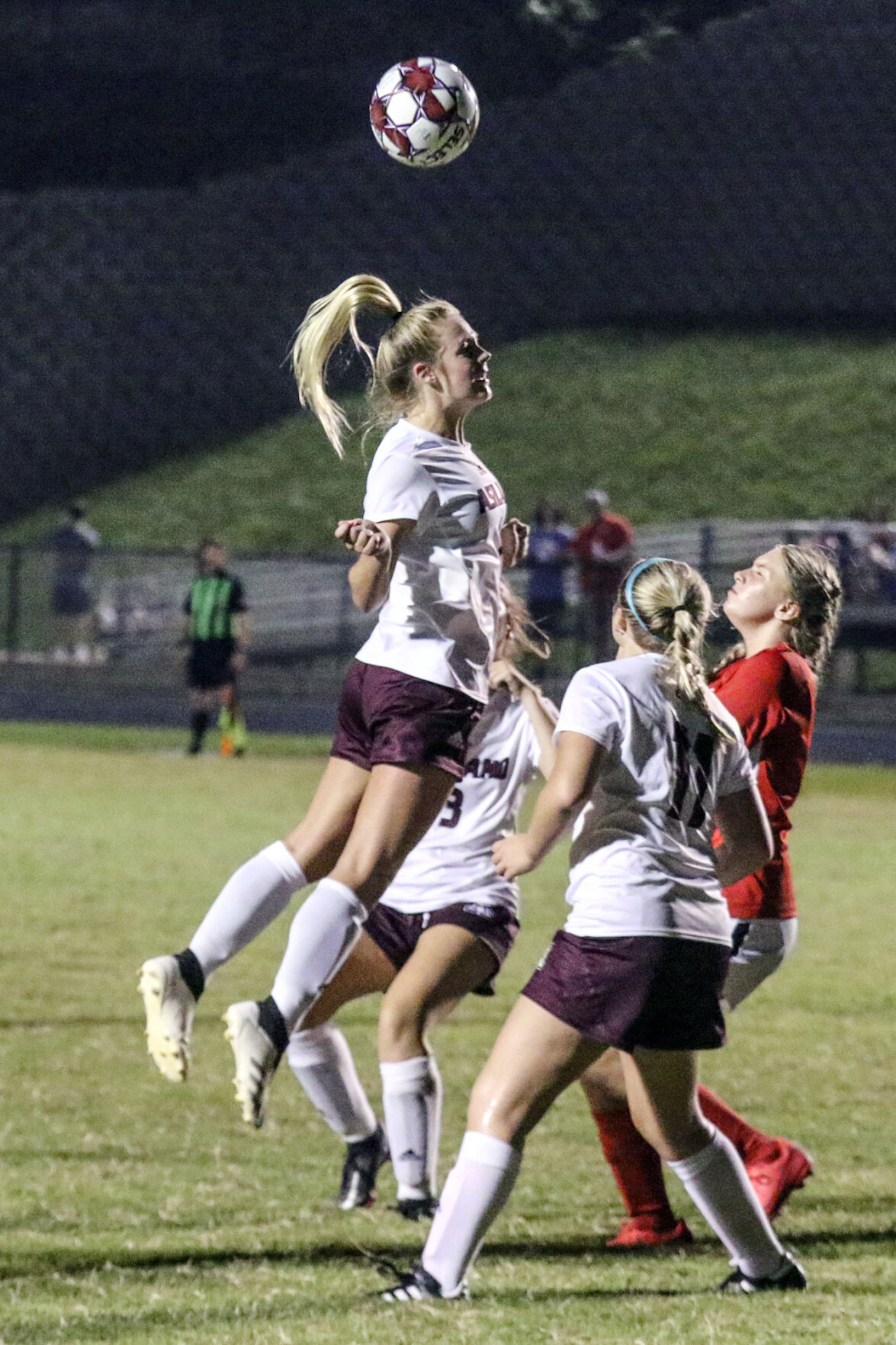 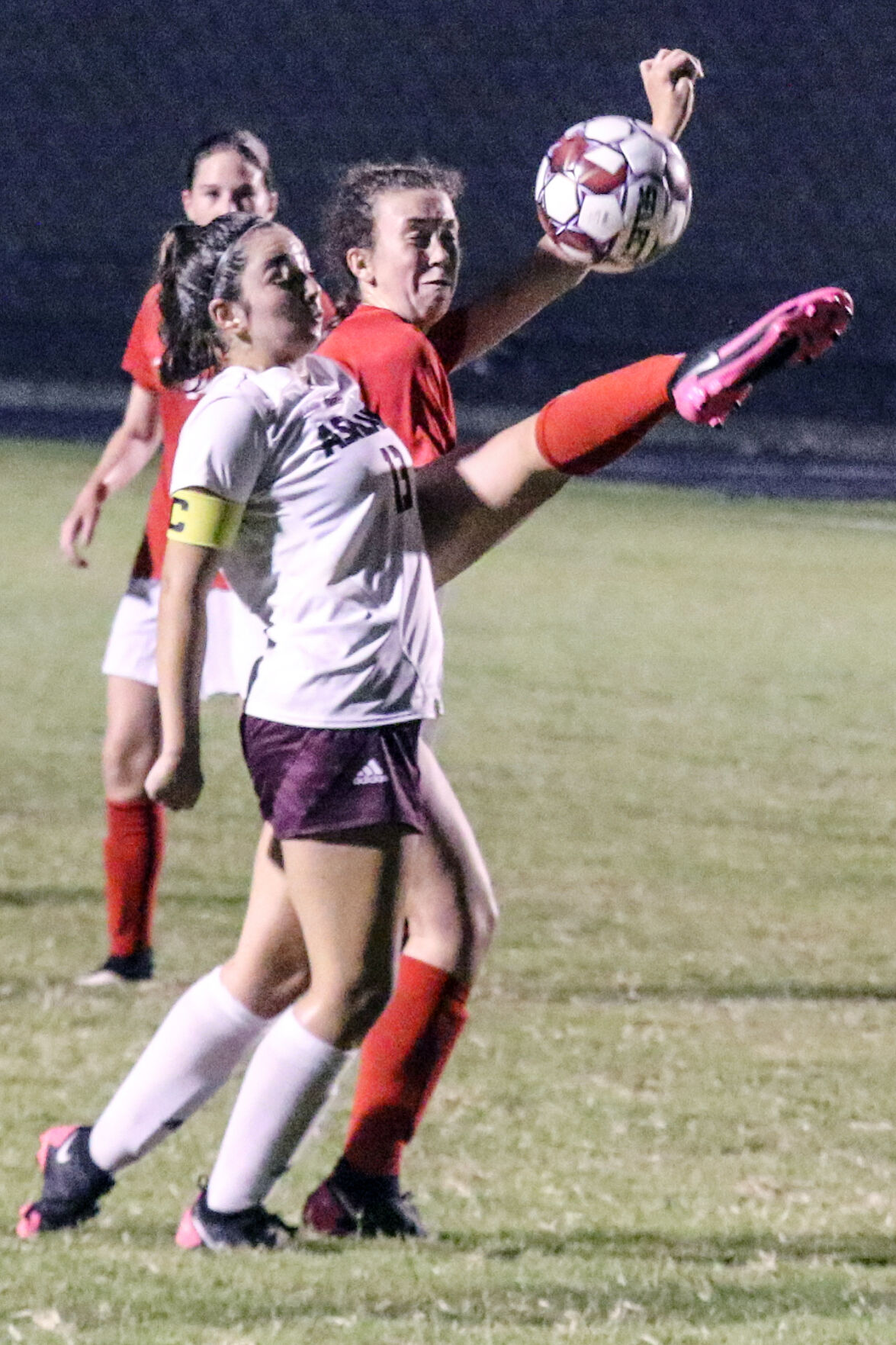 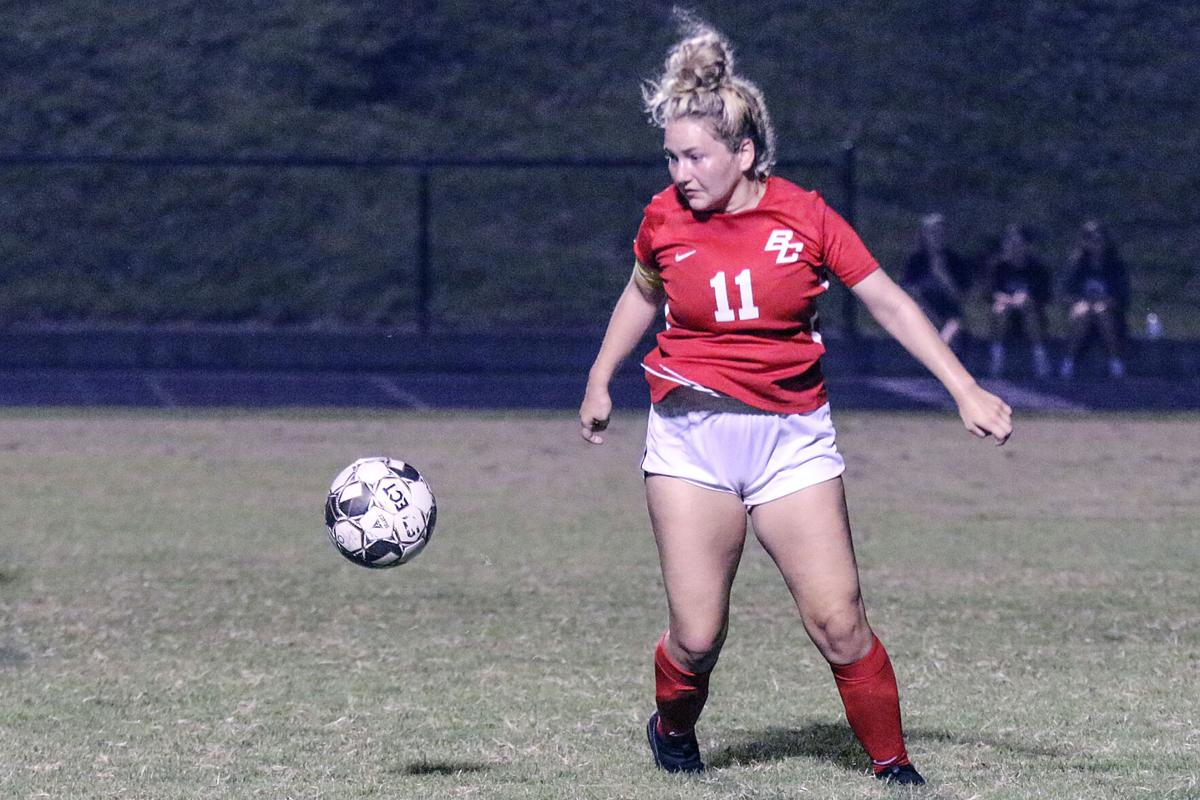 Ashland’s Kenleigh Woods matches a cut toward the ball and goal while Boyd County’s Laci Boyd defends during Tuesday’s match. Boyd was able to clear the ball out of the box for a corner kick. Matt Jones | The Daily Independent

ASHLAND The last time Ashland and Boyd County’s girls soccer teams met, it was for a berth in the district tournament final and the region tournament.

The stakes weren’t as high Tuesday, but the LadyCats celebrated like it was an elimination game — both after scoring and after winning.

All Ashland’s field players on the pitch ran to greet Kenleigh Woods after her 38th-minute goal put the LadyCats ahead. And they gathered joyfully in front of their bench upon the completion of a 2-0 home victory Tuesday night.

“I think it’s mostly a product of younger kids getting the first taste of it, and also, this team really likes each other,” Cook said. “That was one thing that probably made me the happiest down there was when the first goal was scored, they all came together. I‘ve been wanting them to do that.”

Ashland’s Amelia Lucas curved a cross across the goal line in the 74th minute to complete the scoring.

The LadyCats remembered a 4-0 season-ending postseason loss at Boyd County last season, Cook said, and several mentioned it in practice on Monday.

Ashland still got a game effort from an inexperienced and youthful Lions side — so much so that first-year Boyd County coach Olivia Pennington said the Lions have “three girls on the field right now who have played any past three minutes (entering the season).”

Boyd County still hung within one goal until six minutes and change remained.

“It’s Boyd County, man,” Cook said. “When we get together, it’s just like us and Russell. It’s gonna be a battle, no matter who’s on top, who’s on bottom.”

For now, Ashland is on top in the 63rd District seeding race. The LadyCats, Lions and Russell will only count their first game against each other this regular season toward seeding, so Ashland is halfway to clinching the top seed in the district and a bye into the district tournament final and the 16th Region Tournament.

”It feels good, and I’m glad they took that serious,” Cook said.

Woods got Ashland (3-1, 1-0 district seeding) on the board first shortly before halftime by getting past Boyd County’s keeper and finishing. It was a learning experience for the Lions, Pennington said.

Cook recognized Woods’s ability to generate offense, as well as Calista Williams’s effectiveness as the sweeper and Abby Baldwin’s work in the midfield.

The Lions dropped to 0-4 and and 0-1 in district seeding and lost to the LadyCats for the first time in their last three meetings. But Pennington sees progress from Boyd County’s first three games.

“We’re getting a little bit more aggressive,” she said. “It’s hard to get freshmen to get in there and want to battle with other girls. So this game, I thought I saw a lot more of them getting to the ball, getting into it, winning it more often. We had a lot more offense this game. Our first two games was just defense.”

Boyd County and Ashland reconvene Sept. 16 in Cannonsburg in a non-seeding game.