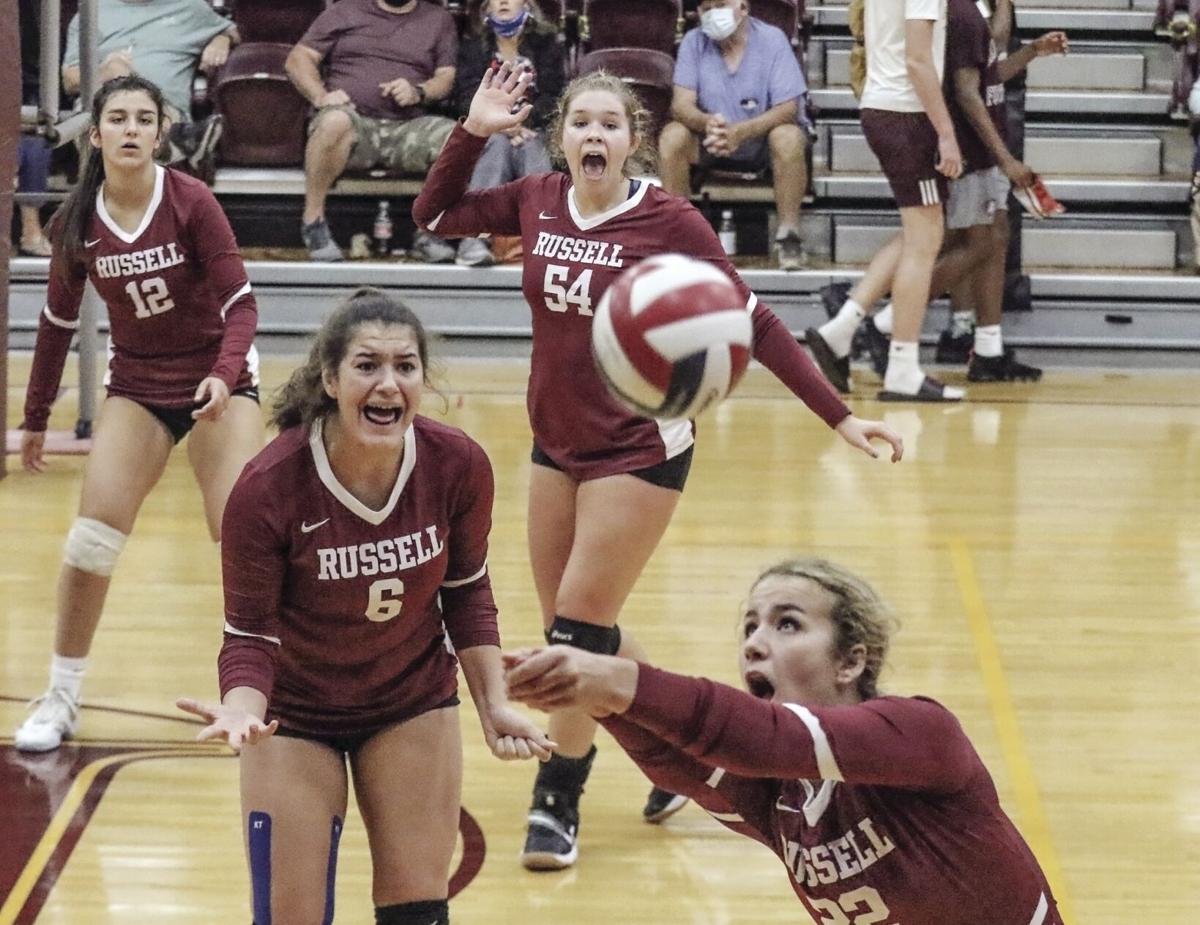 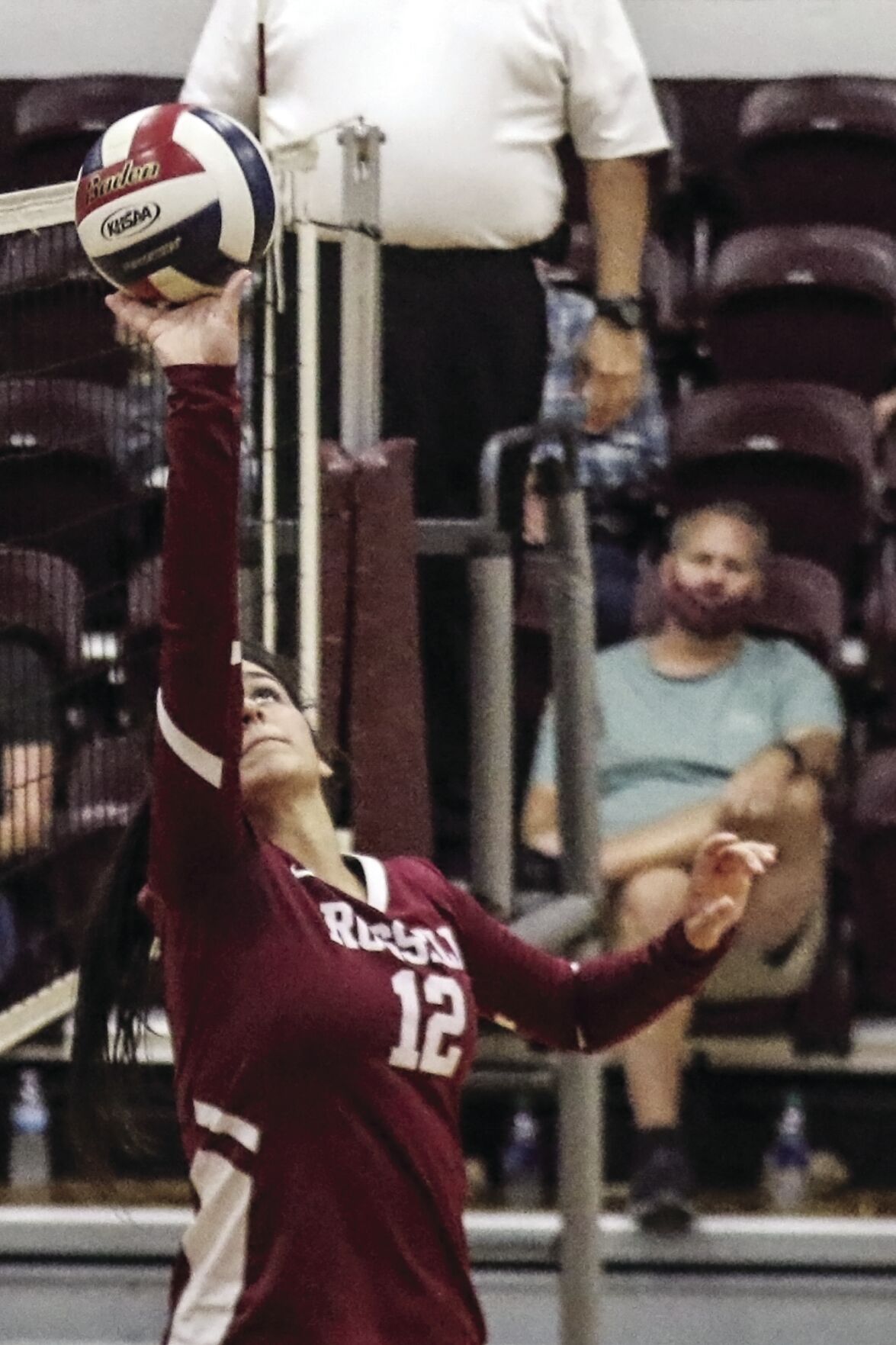 Matt Jones | The Daily Independent Russell’s Emily Ruggles hits a ball in the second set of Thursday win over Ashland. 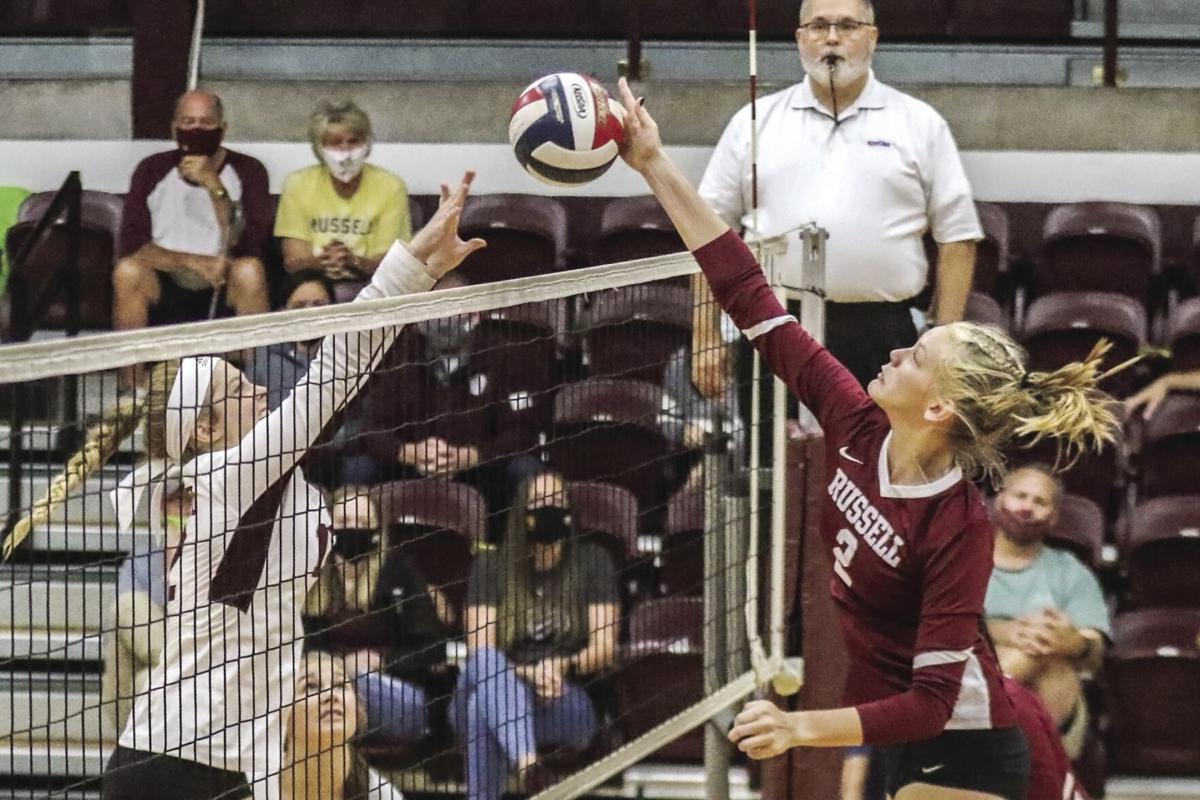 Matt Jones | The Daily Independent Russell’s McKenna Barfield adjusts her shot to go around the block of Ashland’s Emma Sloan during Thursday’s match. 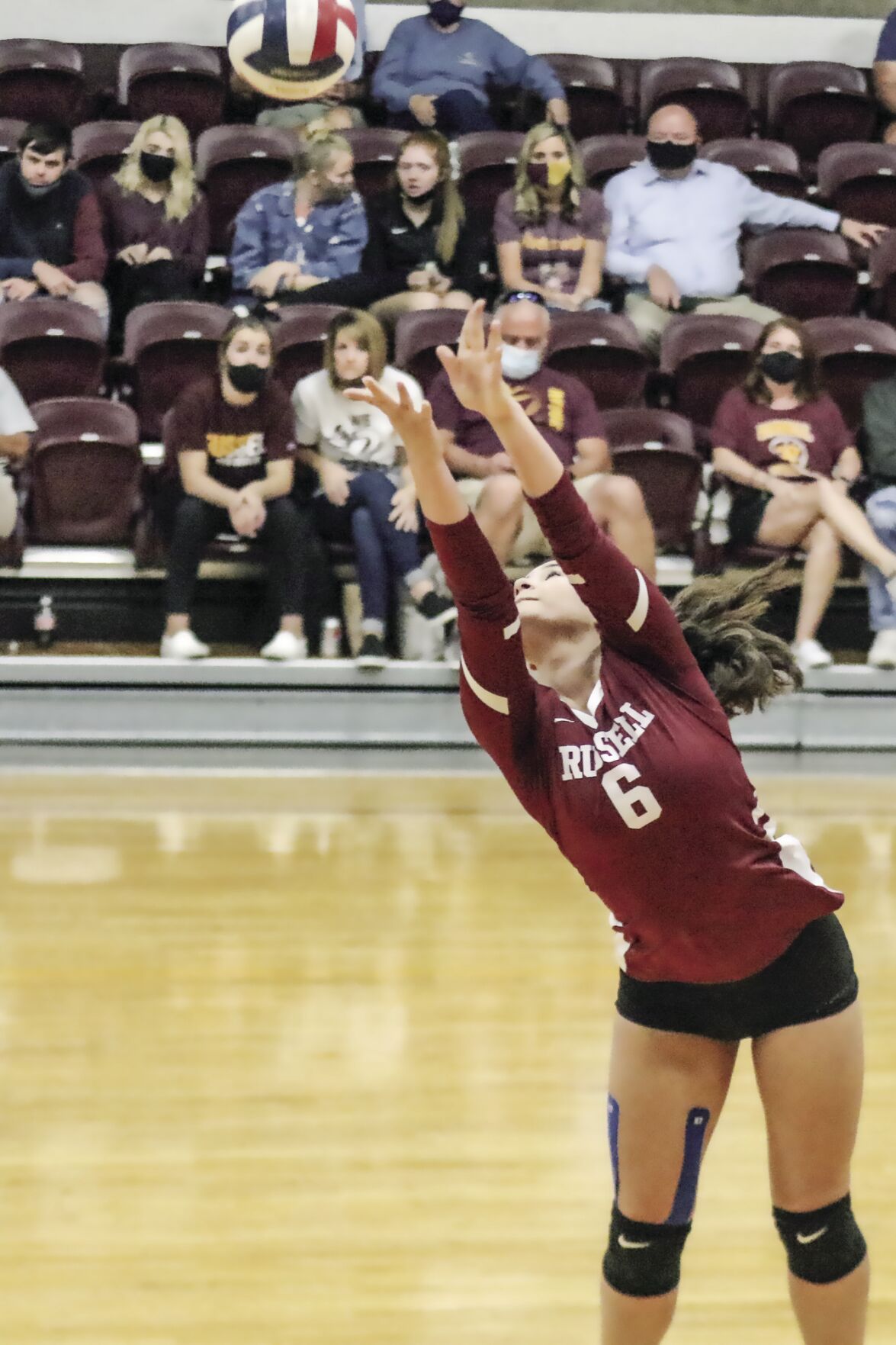 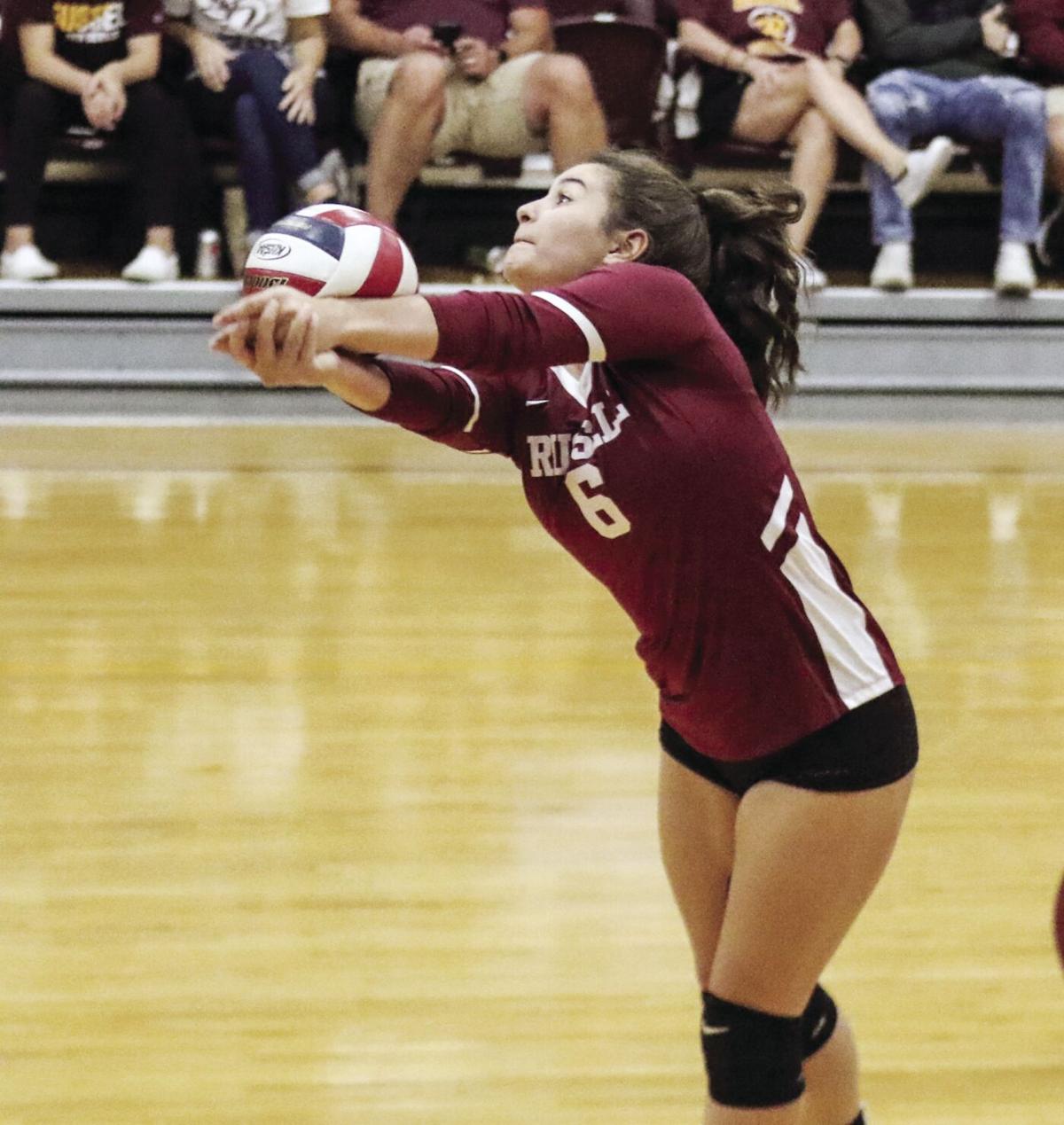 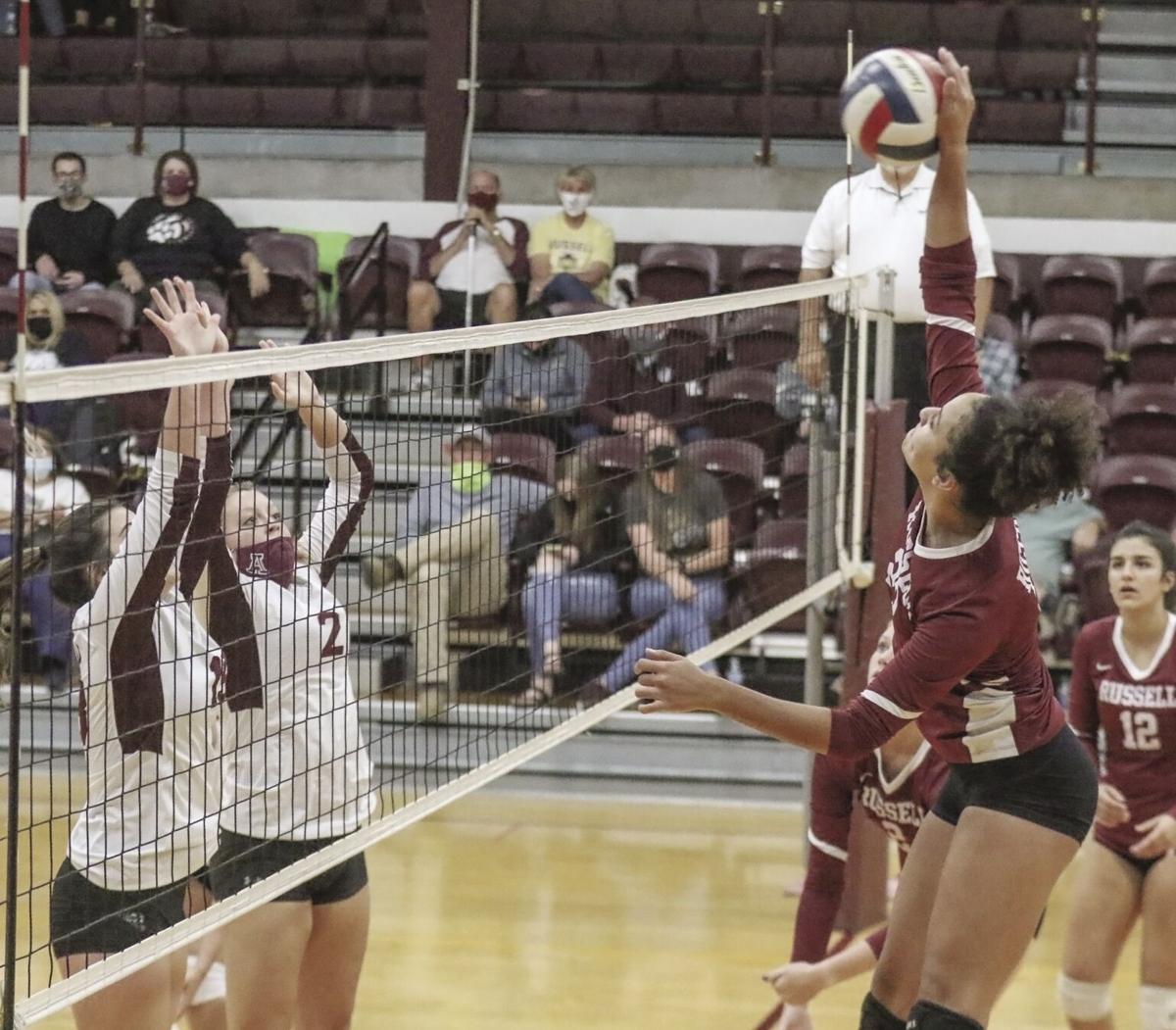 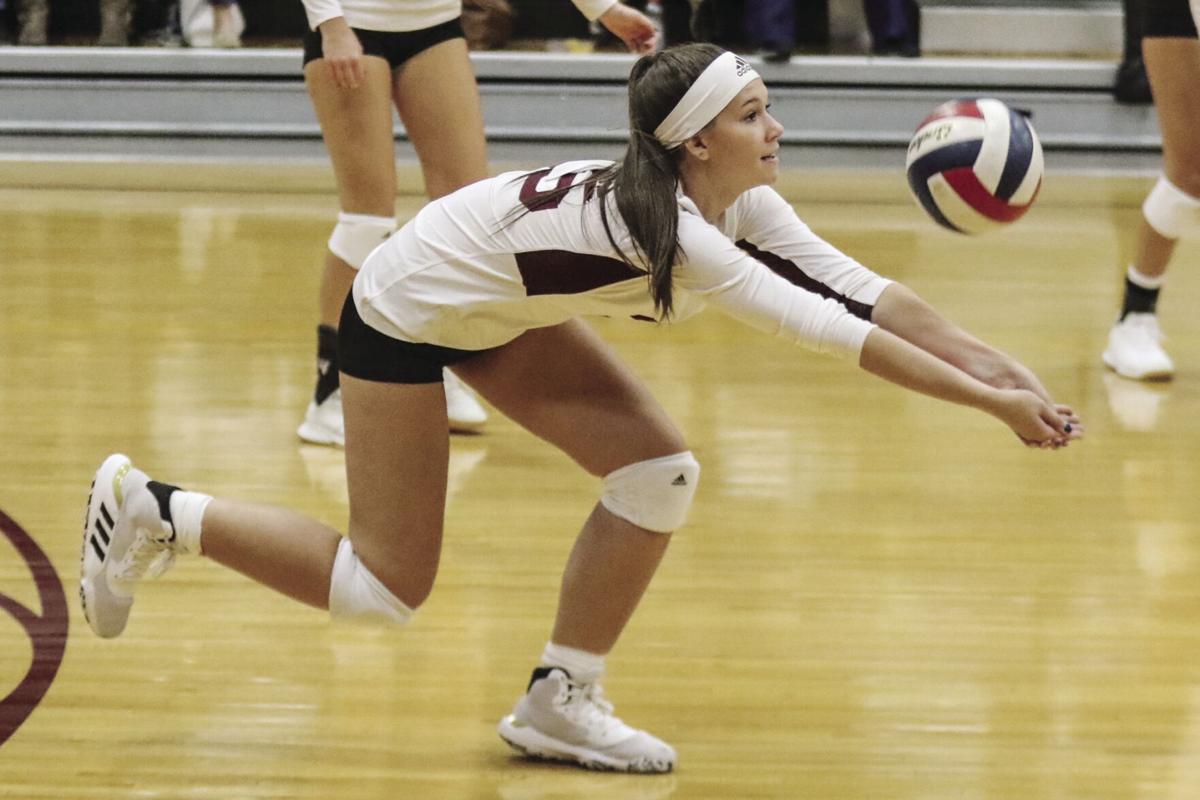 Matt Jones | The Daily Independent Russell’s Emily Ruggles hits a ball in the second set of Thursday win over Ashland.

Matt Jones | The Daily Independent Russell’s McKenna Barfield adjusts her shot to go around the block of Ashland’s Emma Sloan during Thursday’s match.

RUSSELL If Tiffany Perry were to channel her inner Lou Brown from the 1989 hit Major League, the message to her team was very clear.

Give ‘em the heater!

“It’s great and to compete with a team as good as Ashland is. It’s really rewarding to see hard work pay off,” Perry said.

If comparing players from the Lady Devils to a character from the movie, McKenna Barfield’s role would be an easy choice.

The senior slammed the ball to the court as Ashland defenders could only hope to get a piece of the ball before it found hardwood. But more times than not, that was not the case. Barfield sent several balls caroming off the court and into the stage area with a pair of serves ricocheting off an Ashland player and into the fans sitting courtside.

“It’s not even the volleyball intelligence for McKenna, it’s the athleticism and just the skill that she has,” Perry said.

But her biggest swing of the night came amidst a 13-0 run in the final set to close out the match when she saw an opening in the back corner and drove the ball forcefully off the court. And the official standing in the corner.

“Sometimes you have to remind them to hit hard and when you get that perfect set, it’s time,” Perry said.

Barfield’s teammates believed it was time as well.

Mallory Allen backed up Barfield’s game-high nine kills with eight of her own, including a pair of kills to set up set point in the opening two frames. Allen sparked the Lady Devils’ final run with a spike at the net on a ball that had bounced back her after an attempt kill. The second opportunity was driven with power with no hopes of a return. But the junior saved her best for last, earning the game-winning kill to close out the sweep.

“I was extremely pleased with Mallory’s presence at the net tonight,” Perry said. “I think especially just the force behind the hits was the most impressive thing for me.”

Christin Corey provided a spark of her own, delivering six kills and five aces.

Russell followed the lead of senior Sadie Hill, who provided a little bit of everything in the match including a display of a superpower even her coach took notice of.

“I think she has eyes in the back of head sometimes,” Perry joked. “Sadie put up a great effort tonight and I was really impressed with her. Just her quickness and ability to know where the ball was going. She really performed well tonight.”

Barfield admits her job is easy when everyone knows exactly what the other is thinking.

“When your team can see it, it’s so fun,” Barfield said. “Sadie does a good job of saying you have one blocker and your hole is here. So, when you get up there, you can see it a lot better.”

Ashland stumbled mightily in Set 1 after volleying for the lead to open the match. A 6-0 run by Russell pushed the set out of reach while forcing the Volleycats to scramble. Set 2 looked to be another runaway by the Lady Devils after opening with a 6-0 lead and leading by seven early on. Ashland found a late spark bookended by a pair of Bethany Ledford kills to pull to within two, 20-18. However, they would get no closer the rest of the match.

Russell runs its winning streak to seven straight, has not lost a set since Sept. 28 against East Carter and has recorded nine shutouts this season.

“The corona started out like a bad thing but recently it’s been giving us more motivation because we don’t know if we are going to get to play our next game,” Barfield said of the surge. “So, when we come out here, it’s like, this could be our last one.”

Perry explained the importance of her team knowing the value of today.

“I remind them every day and it’s not something that I want to remind them of, but it’s something that I think they need to be reminded of,” she said. “This is such an unprecedented time and we don’t know what tomorrow holds. It’s just important for them to learn to live in the moment and to put forth their best effort no matter who the team is because it could be their last night.”