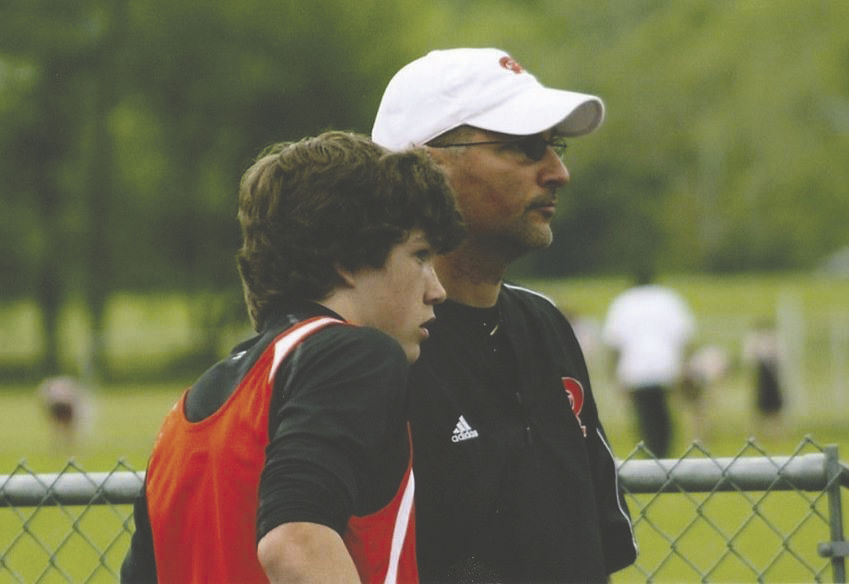 Raceland boys track and field coach Randy Helton and the Rams’ Trey Potter look on during the 2013 Class A, Region 7 meet at Rowan County. 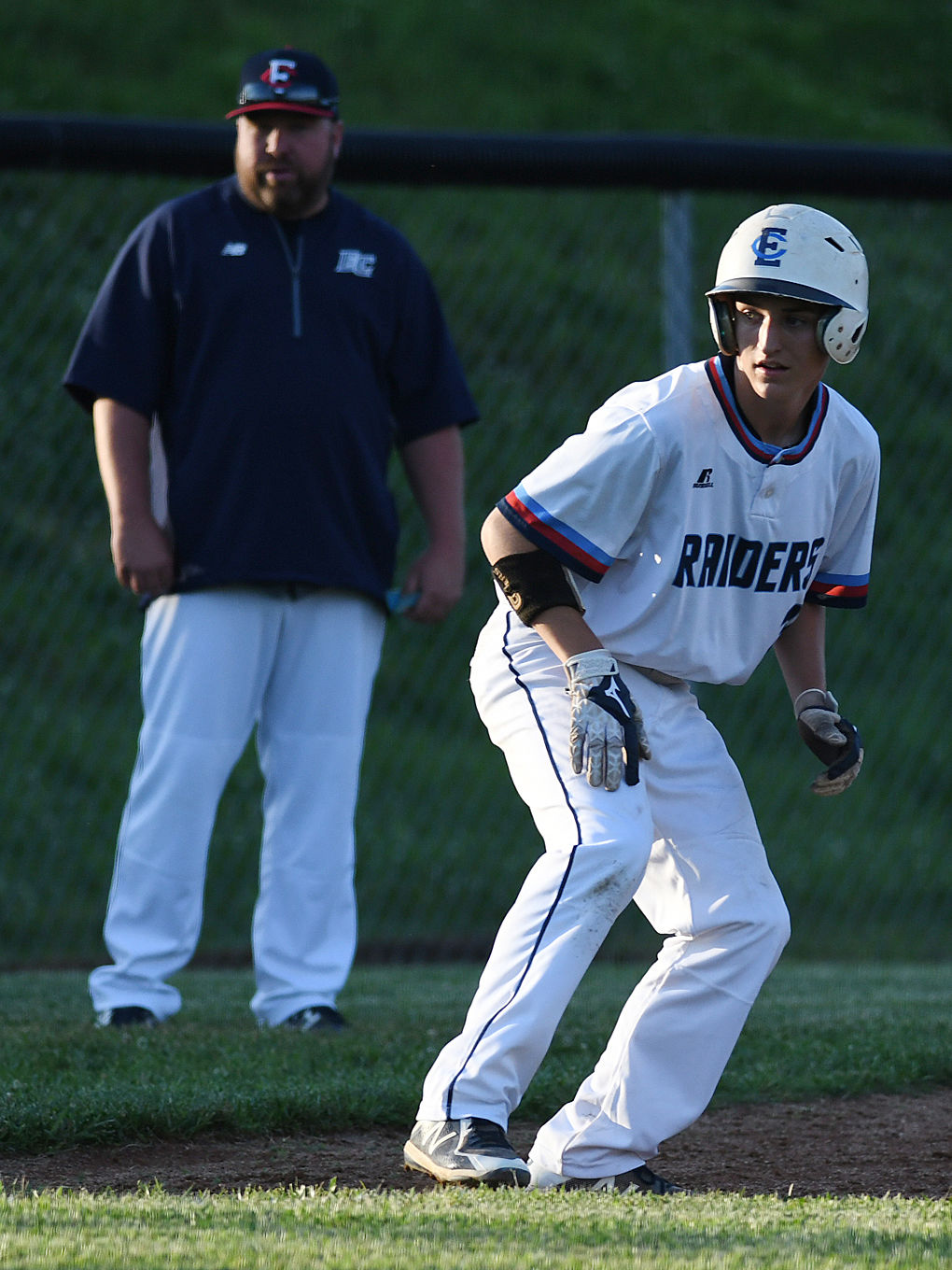 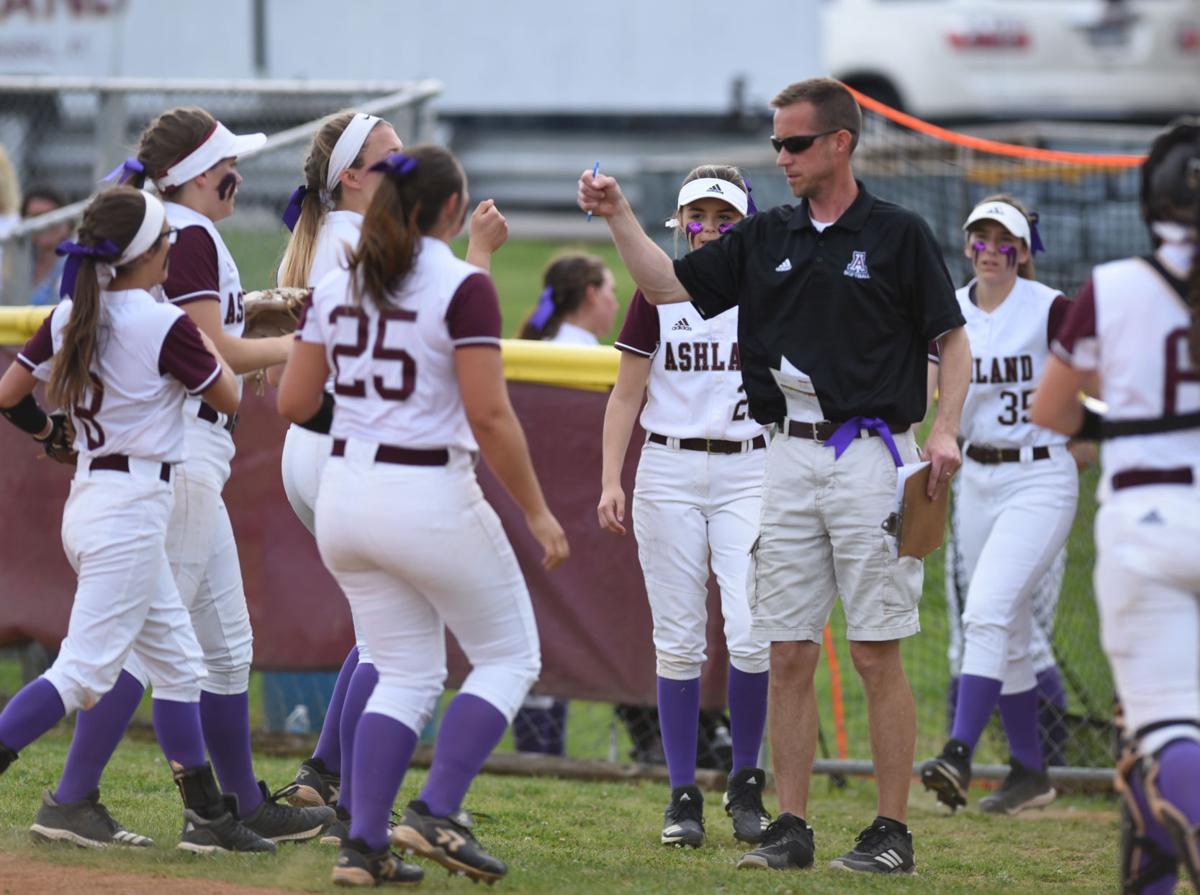 Ashland head coach, Scott Ingram congratulates his team between innings on Thursday against Russell. MARTY CONLEY/ FOR THE DAILY INDEPENDENT

Raceland boys track and field coach Randy Helton and the Rams’ Trey Potter look on during the 2013 Class A, Region 7 meet at Rowan County.

Ashland head coach, Scott Ingram congratulates his team between innings on Thursday against Russell. MARTY CONLEY/ FOR THE DAILY INDEPENDENT

For the first time in three decades, East Carter baseball coach Jeremiah Shearer will not get to spend the spring on the diamond.

His disappointment pales in comparison to the dismay he feels for his team and his senior class. The KHSAA officially announced the cancellation of all regular-season practices and games, as well as postseason tournaments and championship events, for all spring sports on Tuesday.

The provisions of the KHSAA-mandated dead period also remain in effect until further notice as a result of the COVID-19 crisis.

“They have all been disappointed,” Shearer said. “As a team, you grow close and I especially hate it for our seniors. Younger kids realize that, ‘Hey, I’ve got another year. I can do this again next season.’ I think they’ve embraced the fact that they hate it for their brothers that are seniors.”

“You become a family as the season goes on,” he added, “when you have guys that have been in the program five, six years like these seniors have. We just try to pick these guys up and let them know we are thinking about them.”

Raceland boys track and field coach Randy Helton said his team had made excellent preparations in the offseason for another run at the state stage. Seniors Gunnur Lewis and Ethan Cox both were looking to build off impressive performances at the state meet last season. Lewis earned state runner-up in both the 100 and 300-meter hurdles. Cox finished fourth in the 100 meters.

“I was sad,” Helton said. “Not so much for me, but for my seniors especially, and my kids not given a chance to compete. Gunnur Lewis and Ethan Cox, who had big years last year, were going to try and come back and be even better. Both of those guys had a legitimate shot at state championships this year. It’s just very sad for all of them.”

Helton said the senior group has shown great leadership during their time in uniform and even during the time away during the dead period. It’s left a lasting impact on the future.

“Derek Pennington would send me pictures of him jumping and working out,” Helton said. “I think it will be a good lesson for the guys coming back. Most of the time, they just assume they have time to do things and now they have been shown with this virus that nothing is promised to you. You have to take advantage of the time you have to work because you never know when it won’t be there.”

The Ashland softball roster is without a senior, but that doesn’t mean the sting of Tuesday’s announcement was any less significant, according to coach Scott Ingram.

“It is just very sad, not just for our kids, but for every kid across the state, especially for seniors,” Ingram said. “We don’t have any on the softball team, but there are plenty who go to school at Ashland for track and field, tennis and baseball. My heart goes out to them and their families. It’s just tough.”

Ingram said the team has persevered through the waiting game, hoping to put the gloves on again this season. The team has been in contact through video chats on the Internet and their team app. It was important to him to stay connected and keep the encouragement level up.

“I think after this last extension to April 30, it was pretty much going to be a long shot (to play),” Ingram said. “To not have anything finalized, it’s been miserable. What else do you have to do but sit around and think about it? …Today would have been a nice day for a ball game.”

“I can only imagine what they are going through,” he added about his players. “I tried to head it off (Monday) night. Once they canceled school, it was a done deal. I just hate it for them. Adversity happens in life. Although this is something none of us have experienced, you have to try and make the best of it.”

Shearer expressed similar sentiments. He said he expected the announcement was imminent and he was bracing the team for what was coming. It’s been imperative for Shearer to bolster the enthusiasm.

“It’s still tough when you get the official word,” Shearer said. “We hate it for every kid, especially for our seniors and seniors around the state. … We can text and communicate through electronics and I’ve been trying to stay positive. I check in every week or so and say to the guys that I just want to check on you and see if you’re out doing something. On warm sunny days, it would be a great day to get out and do something baseball-wise, stay in shape and keep the arms loose.”

Shearer knows the team is anxious to get back on the field and resume baseball activities.

“We are going to play it by ear,” Shearer said. “When we get the all-clear sign, we hope to put a summer schedule together for next year’s team. I know those guys are itching. I’m itching to get back at it. I’ve cut grass every other day and I don’t think it’s even growing now.”

Ingram said the Kittens are going to try and focus on the positives because one day they will play again.

“We keep that in mind and do the best we can,” Ingram said. “Stay in some kind of shape and become a better player, not only for yourself, but for your teammates. … Hope is out there. I’ve tried to challenge them to improve on a habit. We have a lot of time right now. I’ve been doing the same.

“We have the laundry done in our house. That usually doesn’t happen in the spring. We have a lot of empty laundry baskets around.”

The OHSAA and WVSSAC have officially called off their spring sports seasons as well in Ohio and West Virginia, respectively.