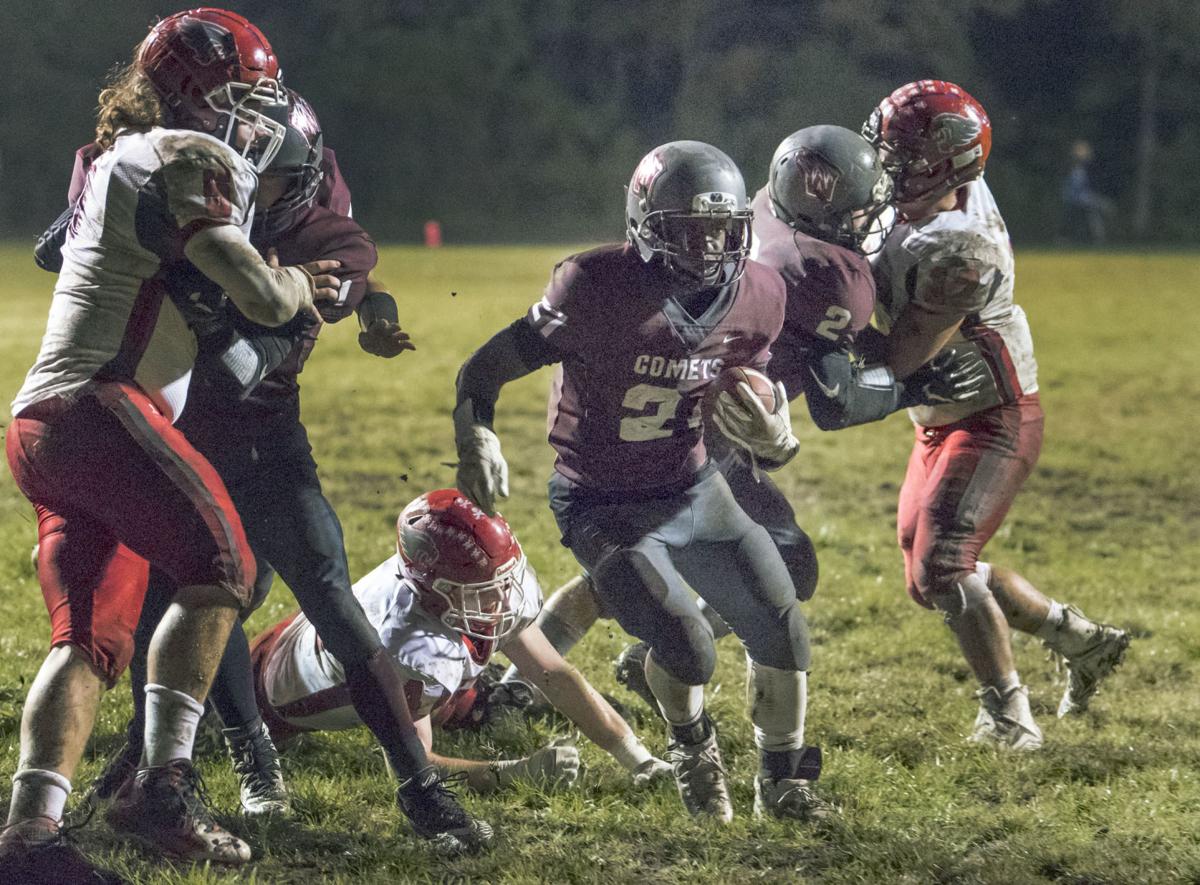 West Carter’s Leetavious Cline runs in for touchdown during a game Friday, September 28, 2018, at West Carter High School in Olive Hill, Ky. Photo by John Flavell / For The Daily Independent 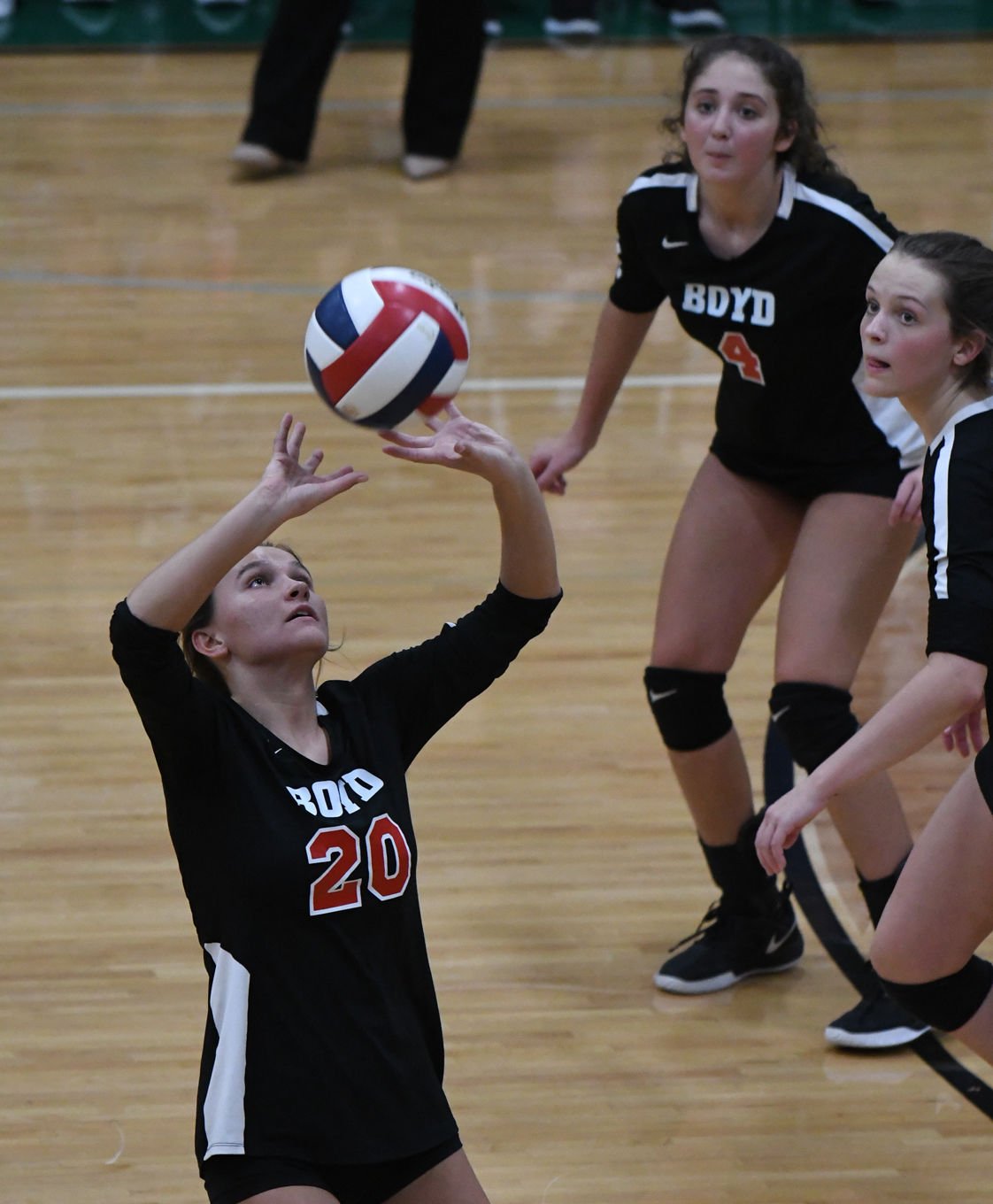 Boyd County's Abby Baker passes a ball against Rowan County during the first set of the 16th Region Championship on Thursday in Morehead. KEVIN GOLDY | THE DAILY INDEPENDENT

West Carter’s Leetavious Cline runs in for touchdown during a game Friday, September 28, 2018, at West Carter High School in Olive Hill, Ky. Photo by John Flavell / For The Daily Independent

Boyd County's Abby Baker passes a ball against Rowan County during the first set of the 16th Region Championship on Thursday in Morehead. KEVIN GOLDY | THE DAILY INDEPENDENT

The KHSAA Board of Control voted Tuesday to begin football games Sept. 11 and kick off all other fall sports Sept. 7, except golf — set to start Friday.

“I’m just really glad that (KHSAA) commissioner (Julian) Tackett and the BOC really worked so hard to try to keep sports alive for all the student-athletes,” West Carter football coach Daniel Barker said. “I think that’s been evident. It was evident in spring; they really tried to have that season and it just didn’t work out. We have really good leadership and we’re real thankful for it.”

The board voted separately on resumption schedules for football and for all other fall sports excepting golf, which was given the go-ahead at the previous board meeting on July 10 due to its inherent social distancing.

The motions for each carried 17-0. Jefferson County athletic director Jerry Wyman abstained from both votes, citing “too many unknowns” brought on by COVID-19.

The KHSAA will remain in “Segment 3” of its return-to-competition plan until Aug. 24, limiting teams to no more than 50 players total in subgroups of 10 or fewer doing conditioning, weightlifting and skills training with no game-like situations.

Tackett said after the board meeting that football teams can play up to nine regular-season games, The Courier Journal reported. The board voted to allow 16 soccer games, 28 volleyball contests and 11 cross country competitions.

The football playoffs were postponed by a week to create an extra week of the regular season to partially make up for the three lopped off the beginning of the schedule.

“With the feedback we had from the (Kentucky Football Coaches Association) council, the majority of the coaches preferred a scrimmage and preferred more time, but not at the expense of losing games,” Barker said. “If it’s eight games and you get three weeks (or preseason), I’ll take that over four weeks of practice and seven games, because the games are something kids will never get back, no matter how sloppy they are.”

The board also voted in non-football sports to only require one district seeding game between each team instead of the two many districts typically require.

Ashland girls soccer coach John Cook fully expects some scheduling quirks, he said, but is “tickled” with the results of Tuesday’s meeting.

“It gives you something to look forward to,” he said. “Like we give the kids, it’s a goal. And I know my girls need to hear this: hey, we have a plan. It looks like we’re gonna get to have a season, hopefully.”

“I’m thankful the girls, and especially (rising senior) Abby (Baker), have the opportunity to compete this season and continue to build on the Boyd County program,” Neltner said. “Despite all the setbacks, we’ve talked about 2020 being our year, so given the opportunity, we’re gonna make sure it’s memorable.”

Neltner conceded some frustration with the perception of volleyball being difficult to accommodate, due to its distinction from Gov. Andy Beshear as “high-touch” and its indoor status.

“Based on the KHSAA info released today, it’s factual that football produces nearly 2.5 times the varsity athletes that volleyball does, with heightened physical contact, but we’re the concern because volleyball is played indoors,” Neltner said. “I think all good coaches are concerned with the safety of our kids. We want what’s best. We’re taking the necessary steps to play, and comparing sports is apples to oranges when it comes to combating this thing, but logic has to win. If volleyball is a contact sport, you’re doing it wrong.”

Eliminating the first three weeks of scheduled football games may jeopardize a handful of area rivalry games scheduled for before Sept. 11.

But the Russell at Raceland game was saved by moving it to Nov. 6, Rams coach Michael Salmons and Red Devils coach T.J. Maynard said. And West Carter and Greenup County will play the same night in a game added Tuesday to the newly opened schedule slot, Comets coach Daniel Barker said.

The board also voted to limit out-of-state play to counties bordering the commonwealth. One football game will be canceled by that decision — Ashland at George Washington (West Virginia), which also was scheduled for Sept. 4, now unplayable for Kentucky teams.

The board will meet again Aug. 20 at 10:30 a.m. — four days before practices are currently allowed to begin.

Until then, unless circumstances change, teams will ramp up in hopes of a season.

“It really warms your heart to see these kids out working in this heat and working toward something,” Cook said. “They weren’t sure this was gonna happen either, but now I think we’ve got some hope that it will — or at least I do.”