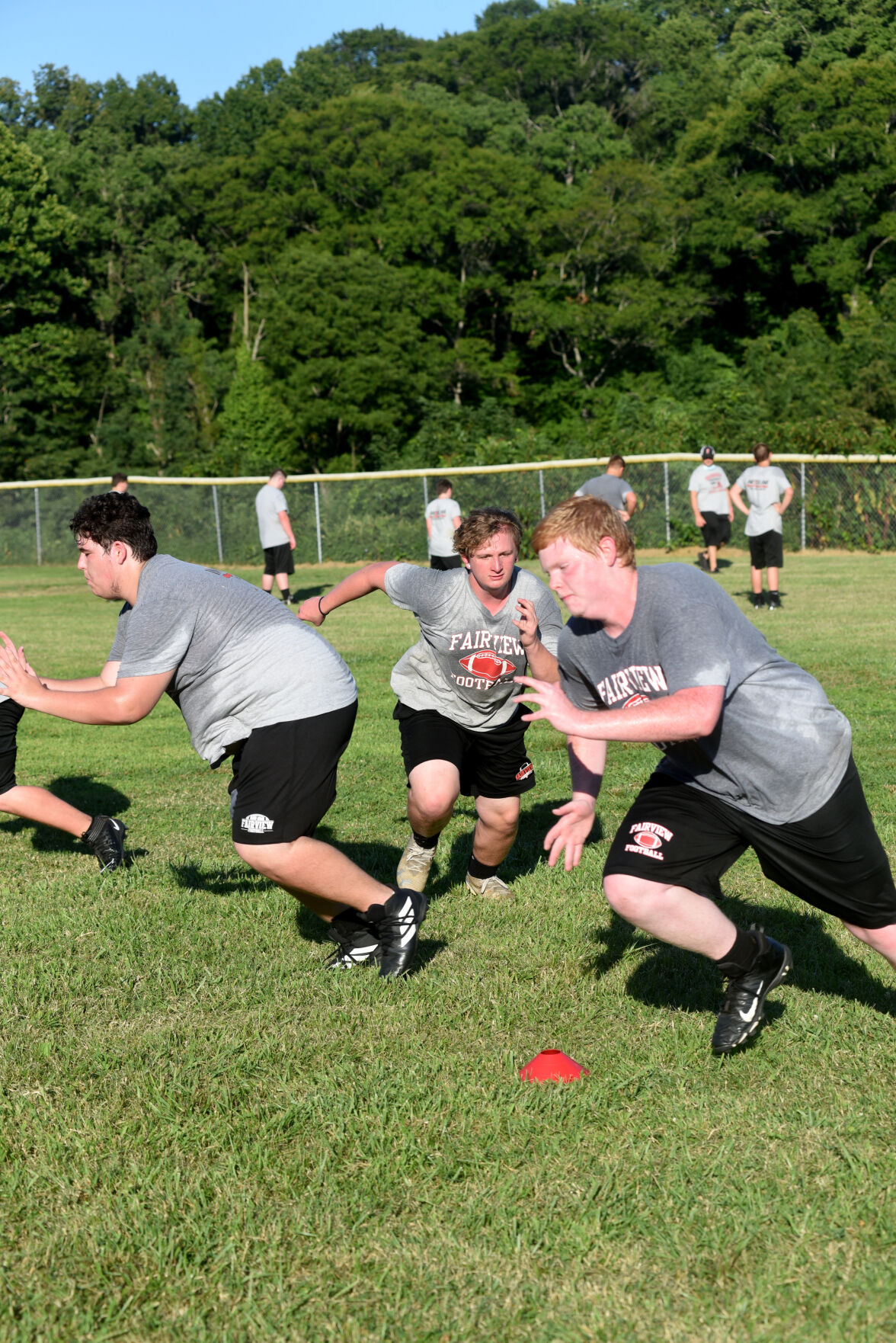 Brennan Murray Fairview Senior working on a reverse or trap play. ___ Don McReynolds | For the Independent 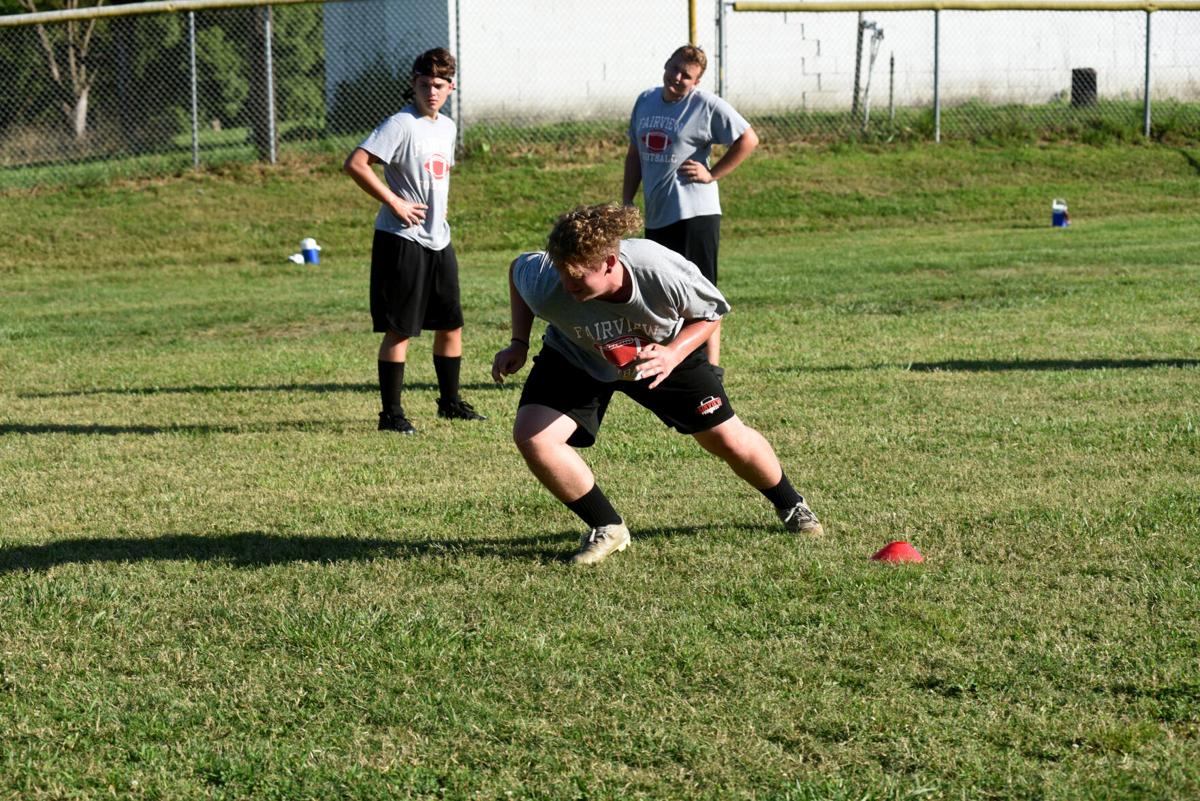 Brennan Murray Fairview Senior got to get the steps down if you are a pulling guard. ___ Don McReynolds | For the Independent 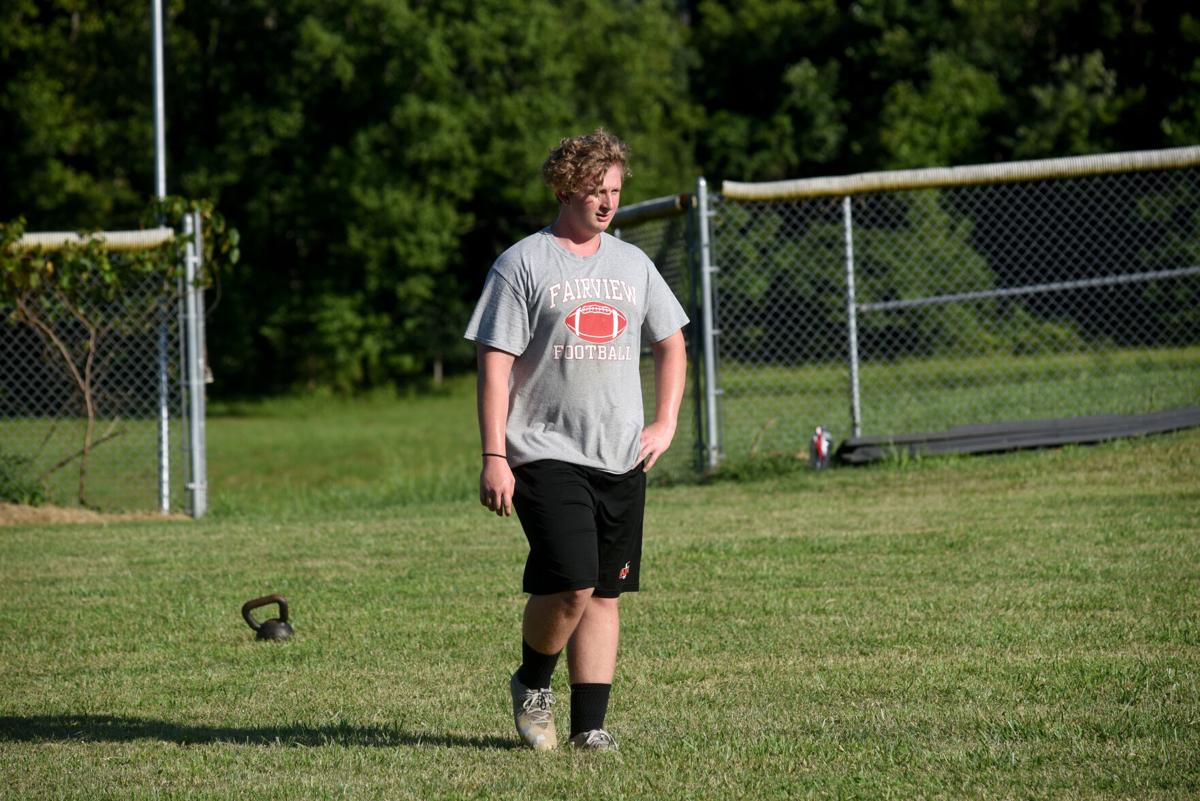 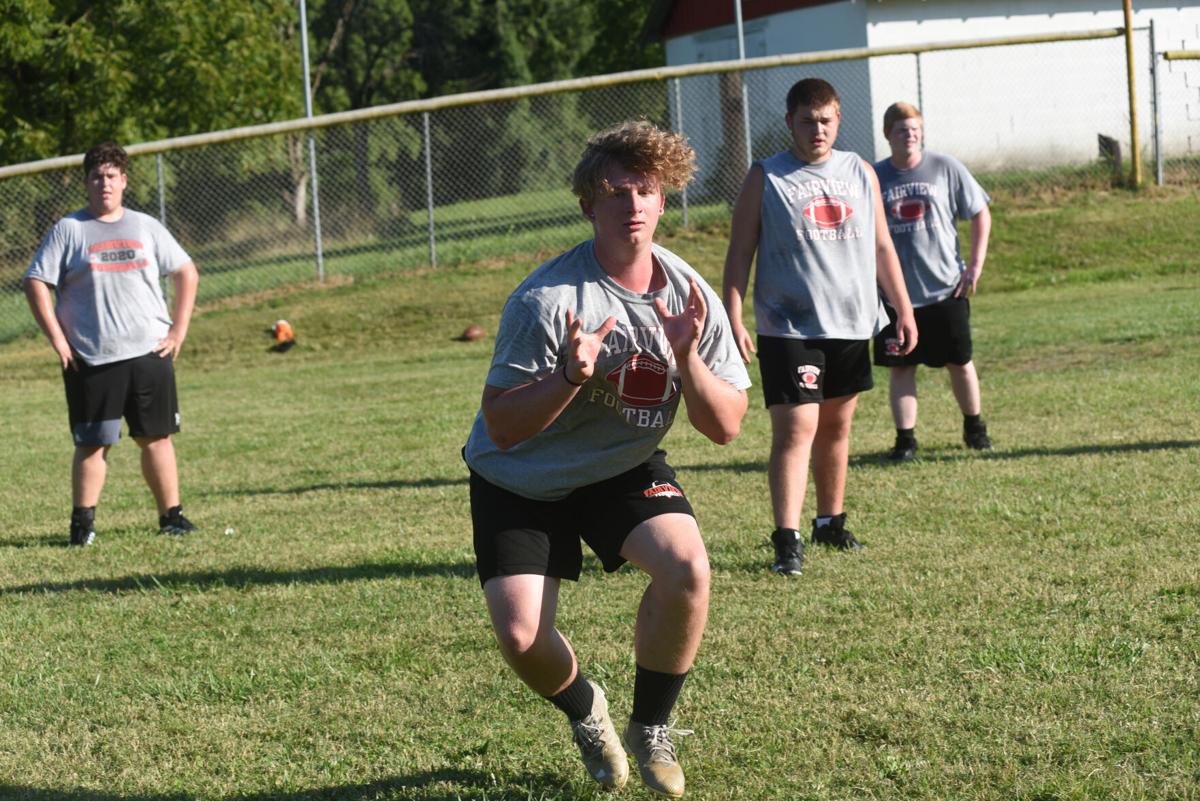 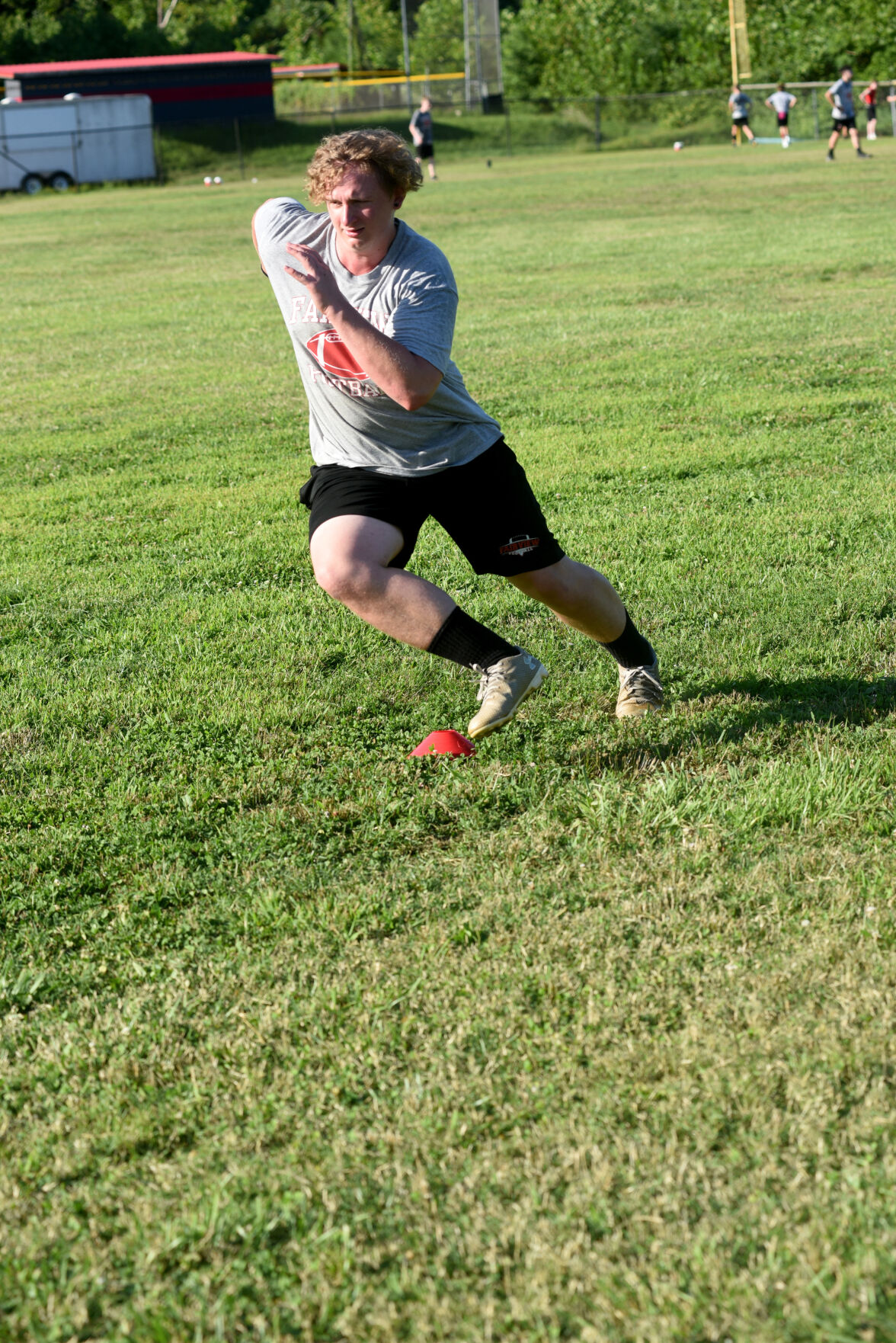 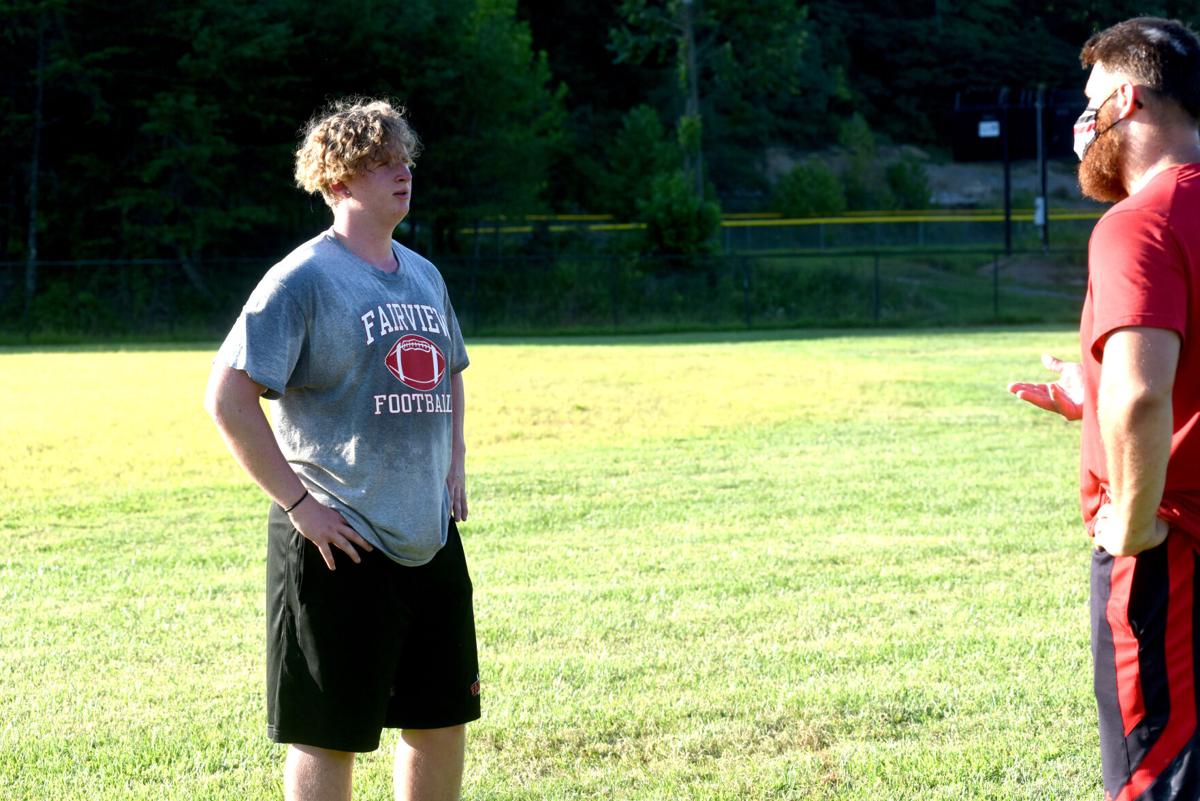 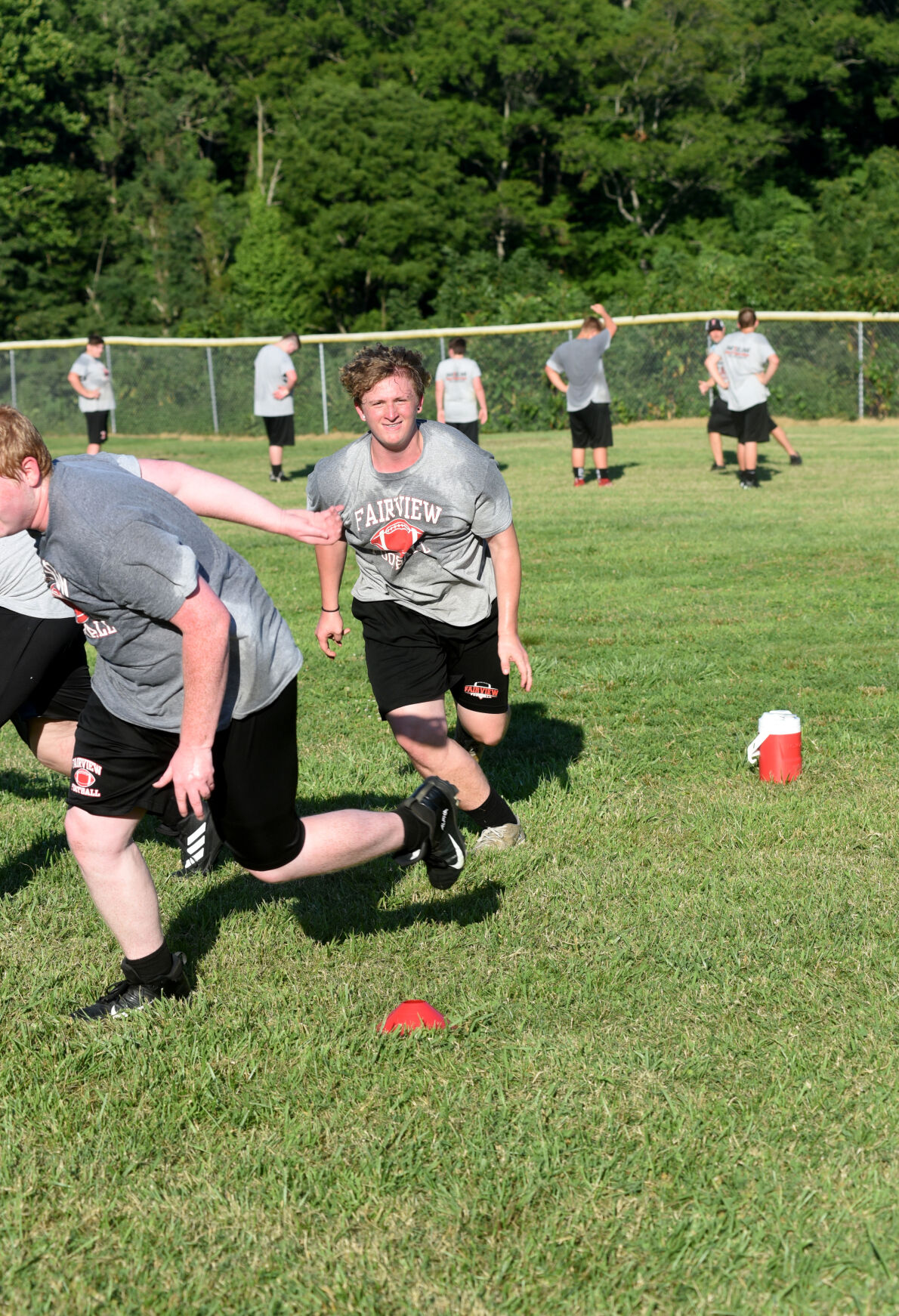 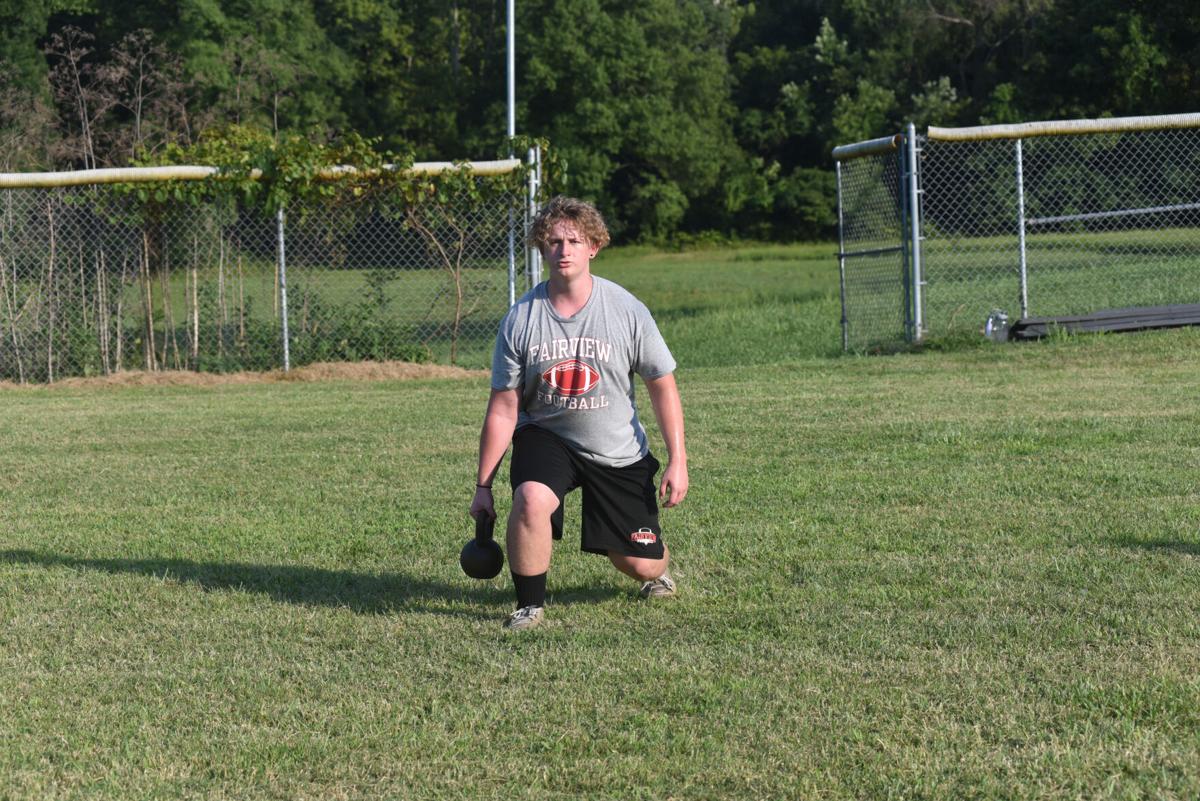 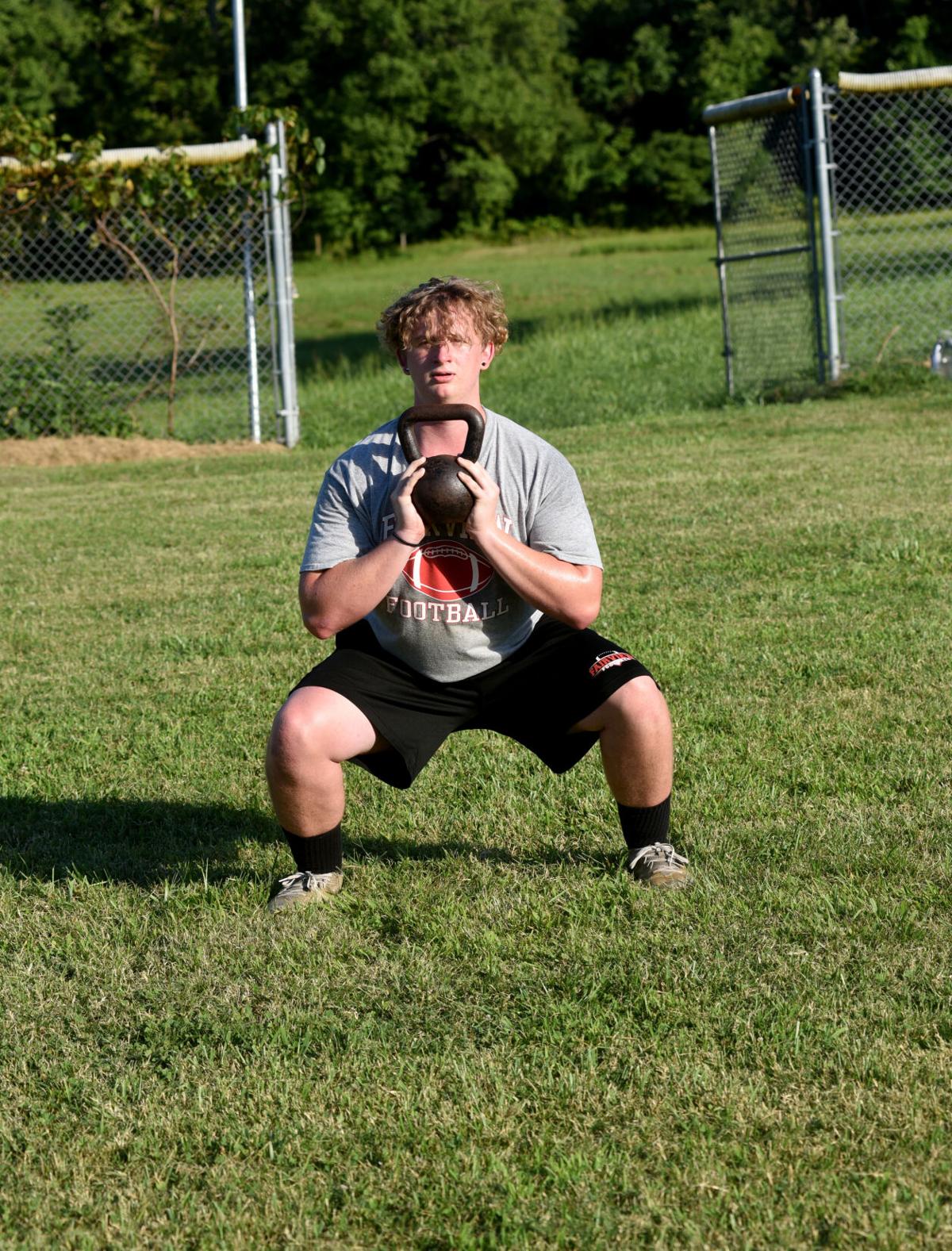 Brennan Murray Fairview Senior working with weights outside due to COVID 19. ___ Don McReynolds | For the Independent 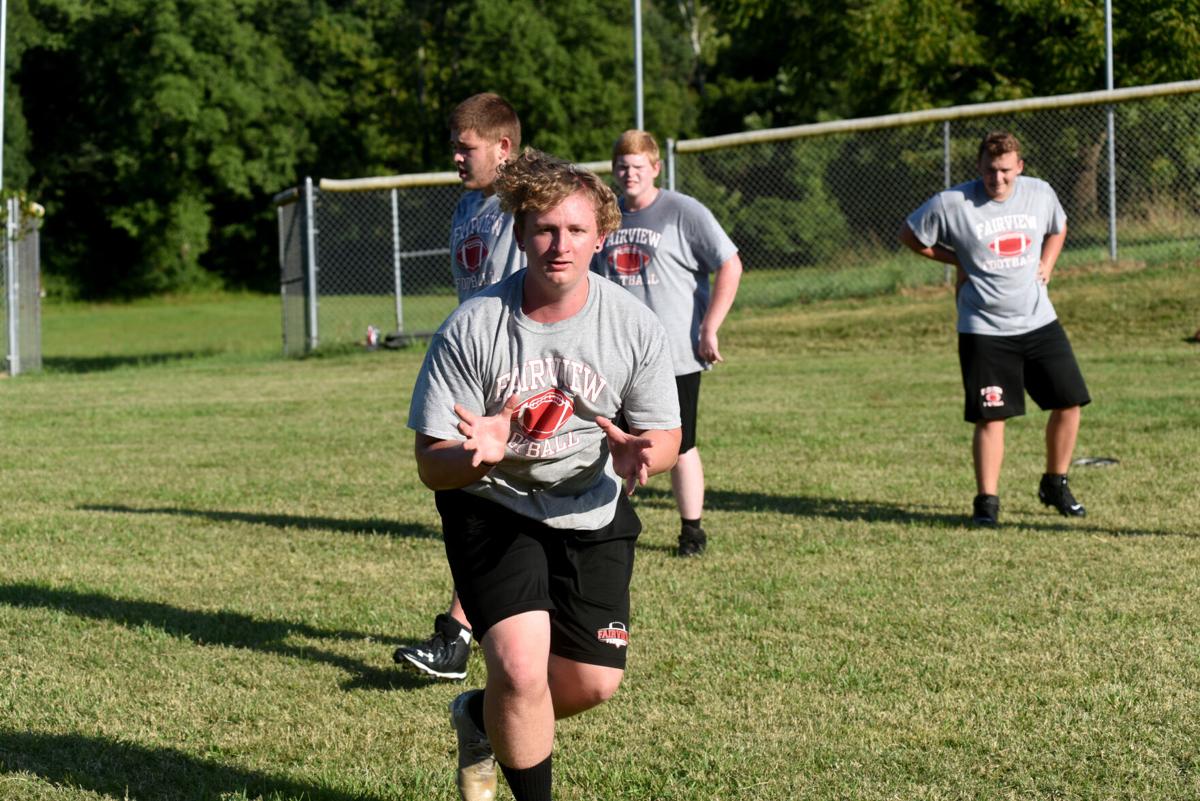 Brennan Murray Fairview Senior working on his blocking technique with hands and arms inside. ____ Don McReynolds | For the Independent

Brennan Murray Fairview Senior working on a reverse or trap play. ___ Don McReynolds | For the Independent

Brennan Murray Fairview Senior got to get the steps down if you are a pulling guard. ___ Don McReynolds | For the Independent

Brennan Murray Fairview Senior working with weights outside due to COVID 19. ___ Don McReynolds | For the Independent

Brennan Murray Fairview Senior working on his blocking technique with hands and arms inside. ____ Don McReynolds | For the Independent

WESTWOOD Brennan Murray has had more than enough reasons to hang up his cleats.

In his first season as a sophomore with Fairview, the Eagles went winless and managed only 34 points over their 10 games while being shut out seven times.

Regardless, Murray never gave up, even after developing a second nagging injury. Murray plays every game with a bum shoulder, the result of a skateboarding accident in seventh grade. And as a sophomore, Murray suffered a groin injury which the lineman never knows when it will show up.

But no matter how battered and bruised the senior may be, coach Daniel Armstrong said Murray never complains.

“He might be beat up a little beat, but he would never let you know that,” Armstrong said. “He doesn’t miss practices. He doesn’t sit out practices. He talks about these injuries he’s had but it’s not something you would know. As a coach, you know when your kids aren’t playing up to their potential, but you never see that out of Murray. He’s just blue-collar tough.”

Murray’s nagging injuries could not be in any worse place for of a lineman — a position that requires significant upper- and lower-body strength. Murray’s right-side extremities have seen better days.

“You can’t even lift your leg,” Murray said of the groin pull. “You try to run and it’s more like you are just hobbling around. You can tell when it’s going to go and once it goes, there’s no stopping it. You know you will be out of practice at full strength for at least a couple days. You just have to try to stretch as much as possible and take it easy leading into the game.”

Regardless of how banged up Murray may or may not be each week, he admits it is not something he worries about.

“You can’t sit back and think about it,” Murray said. “You don’t focus on the negatives in life. I try to be a positive person, anyway. I’m a glass-half-full kind of guy.”

Armstrong calls Murray a model leader who leads by example.

“He’s a guy who shows up every day, sets an example for the freshmen and works his butt off,” Armstrong said. “I don’t think he’s missed a single practice in my two years as head coach. He’s our only senior lineman, so there’s a lot of pressure on him to be in that leadership role. He’s a great kid outside of football. He’s exemplary outside the classroom. He’s a kid who does all he is asked to do. He’s everything you want in a senior.”

After a 3-7 season in his rookie campaign, Armstrong wanted to see a change in culture in the Eagles’ locker room. By implementing a new conditioning and weight program, Armstrong believes the program is ready to make a step in the right direction and Murray was a big reason.

“The biggest leadership quality he passed on to our kids was he never missed weights,” Armstrong said. “He would have to be at work at 4:30 p.m. and he would stay at weights as late as he could. There were times he was working out in his work clothes that he would be working in until 4:10, 4:15, 4:20 and then he was like, ‘coach, I’ve gotta be at work at 4:30 but I wanted to get this lift in.’

“I think that rubbed off on our younger kids because they saw how important the weight room was to Brennan and it kind of made them see, if this is a senior who is working this hard knowing he is going to start and play most every snap, and he’s working this hard, then we freshmen need to work just as hard.”

Murray admitted the thought of leaving the program was a possibility, but the chance to strap up one last time was far greater than not playing.

“Dude, I’d give anything just to play one more game,” Murray said. “Our first game is Morgan County and that’s who we got our first win over last year. It was my first-ever win in varsity. It means a lot because that will be our first home game and we know we are going to get to play that game.”

Although some seniors elected not to play the 2020 season, Armstrong said Murray simply wanted to play.

“We had some seniors who decided the risk wasn’t worth the reward to play this year and I respect that,” Armstrong said. “But Brennan was one of those who thought the reward of playing football far outweighed the risks of COVID. He’s shown up. He’s been a leader. He wants to play. He wants to get those games in for his senior season.”

Before Murray takes the next step in his life, which includes college and even questions of where he could be in 10 years, he wants to focus on his final year as an Eagle.

“Just knowing this is going to be my last season, I just want to be out there on that field,” Murray said. “You can’t really trade this stuff for anything — being out here with my friends; being able to hit and take out some aggression along the way.”