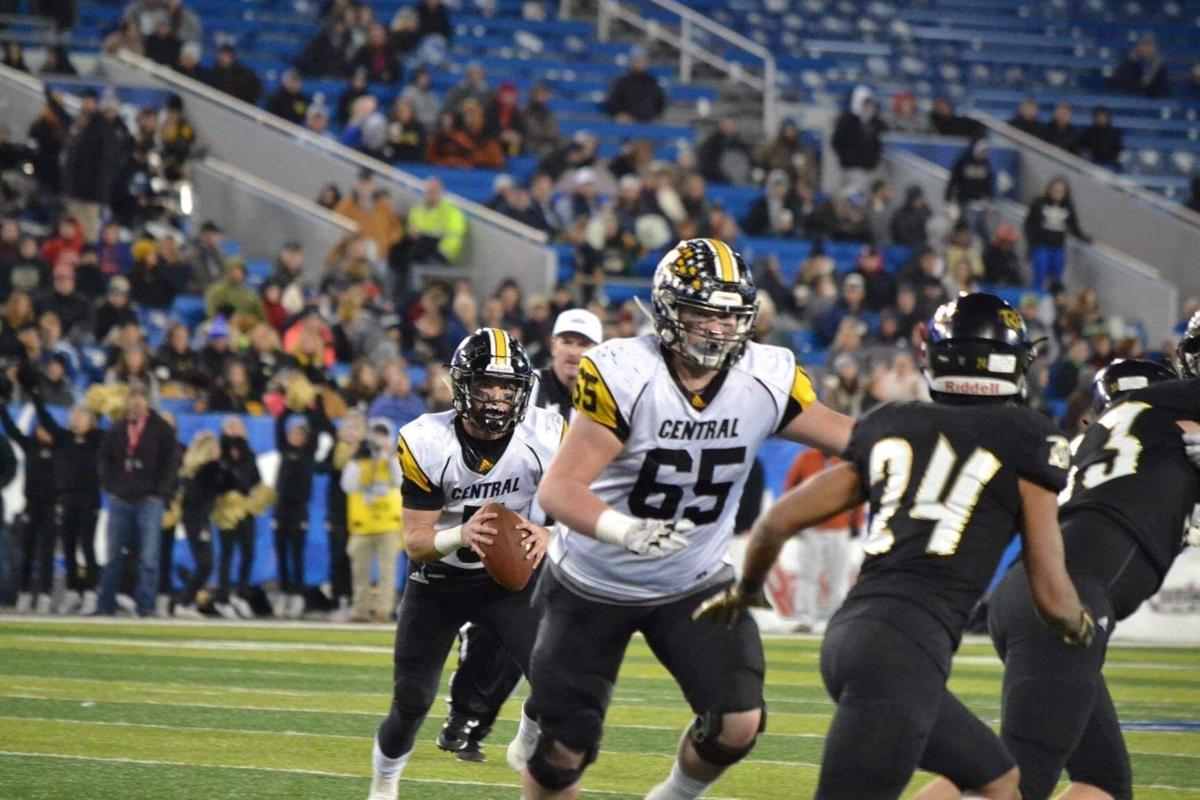 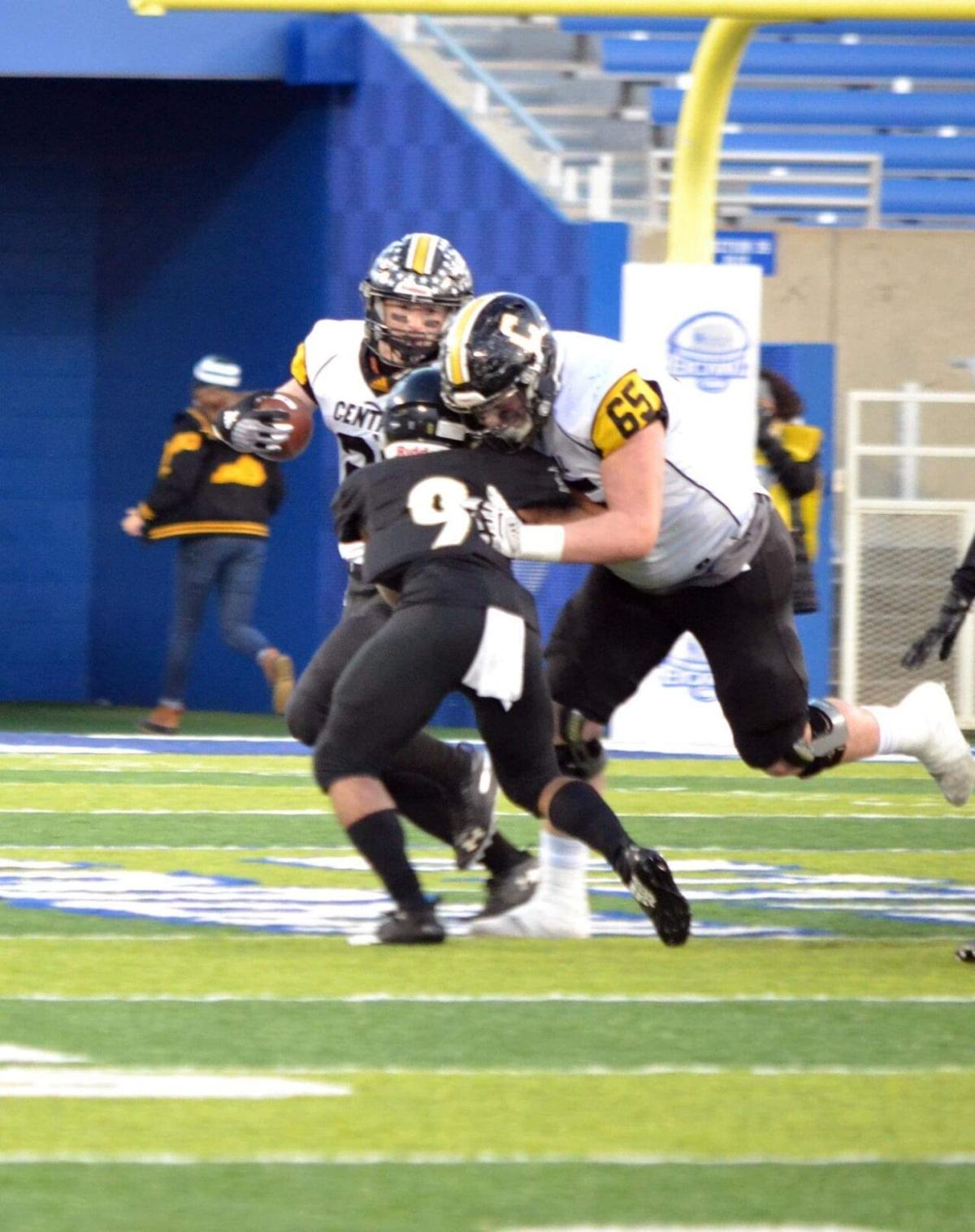 Grant Bingham’s phone has been ringing off the hook since January.

He is not blocking any of the calls. The Johnson Central junior saves his blocks for the football field.

The offensive lineman’s talent and tenacity has started to receive a tidal wave of college offers and they don’t seem likely to stop anytime soon.

“All the offers have been after the state championship,” Bingham said. “It’s been very exciting. I didn’t expect it to go that fast. It has just taken off. My family is excited for me. I’m more focused on getting back on the field and keep working hard, but it has been a blast.”

The Golden Eagles finished off their first undefeated season in school history last year with their second state championship. Johnson Central has earned five straight trips to the Class 4A finals and continually playing on the big stage has opened several eyes to the talented 6-foot-6, 302-pound lineman.

“What separates him from every 6-foot-6, 300-pound lineman is that he moves so well,” Johnson Central coach Jim Matney said. “He is athletic. He looks like a skill player out there.”

Bingham has quickly become one of the most sought-after recruits in Kentucky. He still has plenty of time to grow, according to his coach.

Matney believes his character and passion for the game is what impresses him the most.

“He’s handling this probably better than most people,” Matney said. “I don’t know if there’s ever been a recruit in Kentucky that has been as highly recruited, maybe Tim Couch.”

He’s had a lengthy conversation with NFL Hall-of-Famers like Kevin Mawae, a former offensive lineman and eight-time Pro-Bowler, who is an offensive analyst for coach Herm Edwards at Arizona State. The Sun Devils have offered, too.

“Just knowing that I can go play at the national level, I am very excited about it,” Bingham said. “I love the game of football. My college is going to be paid for, so that is awesome.”

One of the biggest thrills during the process was getting the call and offer from coach Vince Marrow and the Kentucky Wildcats. Bingham and his family have always been Kentucky fans. Bingham’s grandfather played fullback for the Wildcats.

He was honored that his home state team showed interest, but Bingham said he will ultimately choose a school that is a solid fit for him.

“It’s exciting that my home state wants me to play there,” Bingham said. “I’m just trying to find what’s best for me. I’m looking for a good player development school that also feels like home.”

Bingham started playing football in the first grade. He began his path in the backfield but quickly gravitated to the offensive line.

“I grew out of the fullback position,” Bingham said with a laugh.

Coaches have been impressed with his abilities on the field. Due the recent pandemic, Bingham had to find other ways to stay in shape and keep his skills sharp.

“The coaches say they like me in the open field,” Bingham said, “and my blocking and my footwork. I just like to hit people.

“I’ve been doing a lot of running. When the weight room opened back up, we’ve been working out for six weeks straight. I’ve been running on my own and just trying to do what I could.”

Bingham’s brother, Ethan, has been an inspiration for him. Ethan also played on the offensive line at Johnson Central and was a member of the 2016 state championship team. They play on opposite sides of the line, but when Grant started on the varsity team, it was important for him to carry on the family legacy and wear his brother’s No. 65 jersey.

“I always looked up to my older brother,” Grant said. “He told me to work hard, keep getting stronger and be coachable. He is always there for me.”

The Binghams are part of a tradition of stellar offensive lineman that pride themselves in opening holes for running backs and protecting the quarterback. These “Mountain Men” continue to give the Golden Eagles a sizeable advantage over their opponents.

“We have been fortunate with talented linemen and very good coaches to develop them,” Matney said. “If you don’t have good assistant coaches, you don’t have good players. We start teaching that hard-nosed type football when they’re young and they really buy into it. They like it. We’ve got some excellent players and they’re obviously talented.”

Bingham still has plenty of time to decide his college destination. He wants to keep growing as a player and hopes his immediate future will include a couple more state titles and filling the Johnson Central trophy case with more hardware.

“We always have to bring our best on Friday night,” Bingham said. “Everybody is excited to get back. We want more. We don’t feel that we’re through yet. Everybody wants to keep on winning. We can’t wait to get back on the field. I think it’s going be a good season.”