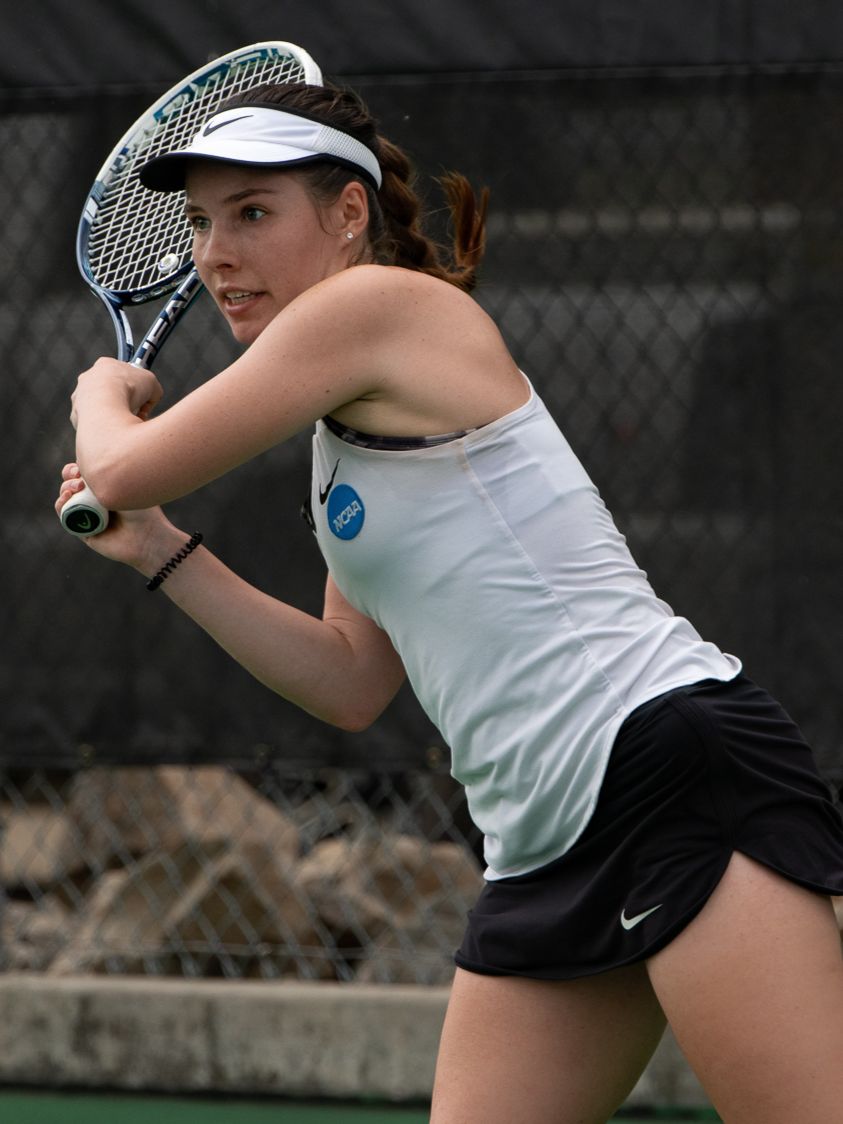 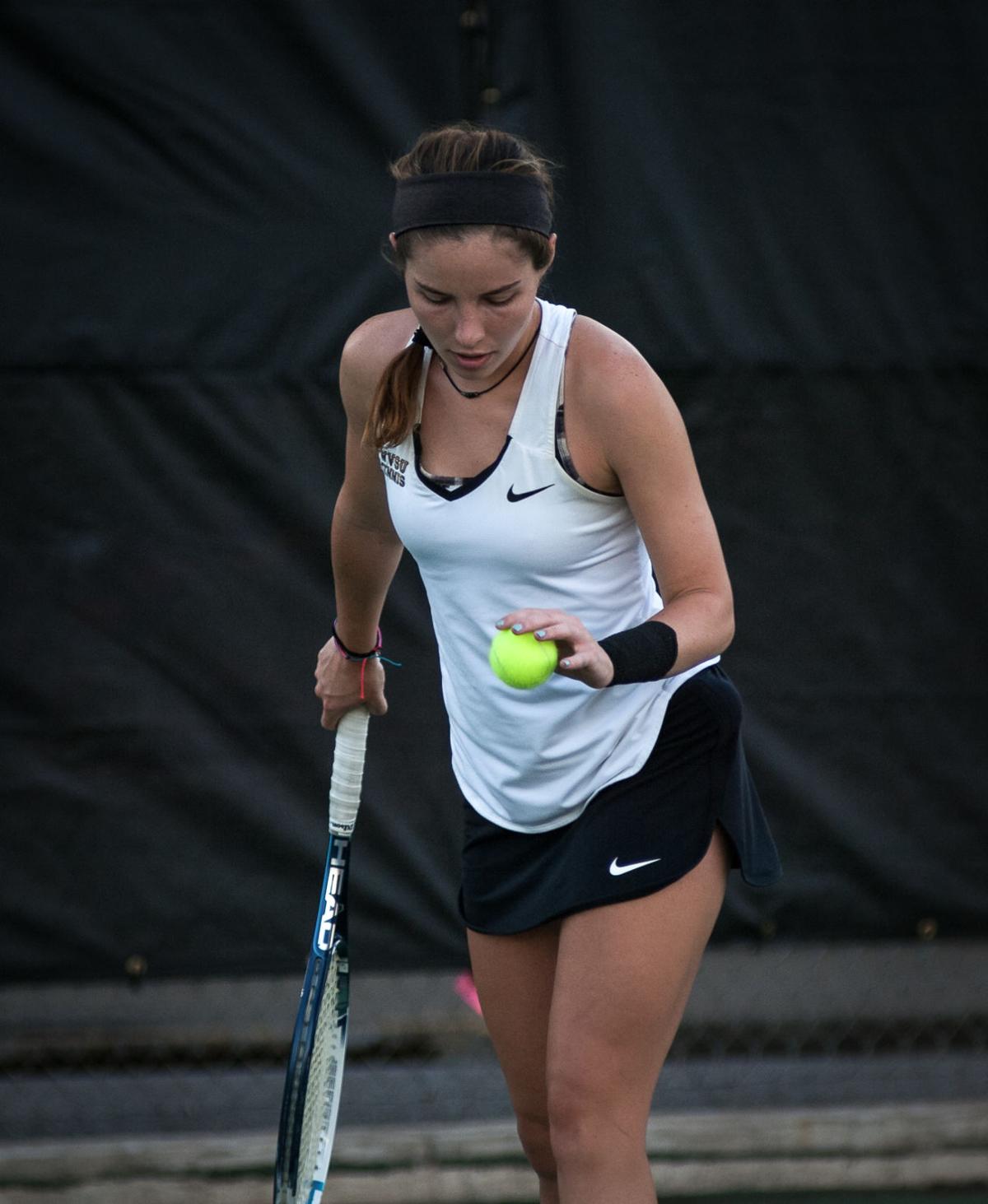 “After spring break I was planning to present Kierstin with awards at one home match after another for her achievements,” said the Yellow Jackets’ 17th-year coach.

Unfortunately, WVSU’s season never got that far due to the coronavirus pandemic.

The team breezed past West Virginia Wesleyan 7-0 on March 9 to open Mountain East Conference play but didn’t get a chance to take the court again.

“The hardest thing was how fast it all happened,” said Hensley, the squad’s lone senior and already a three-time All-MEC selection. “One morning we’re looking forward to going to Florida. Then the trip gets canceled. It turned into a day of three or four disappointments, each time getting worse.”

Hensley mostly wanted to finish out her career with WVSU successfully defending its MEC championship and returning to nationals.

At the same time, she stood to break several school records and was considered a strong favorite for conference Player of the Year honors.

“Every senior has thoughts of that last semester,” Hensley said. “I was going to give it my all. I visualized the last match, what it would be like. I was getting ready for the closure. It’s kind of hard because I didn’t have that.”

On March 30, the NCAA granted an extra year of eligibility to spring sports athletes whose seasons were terminated because of COVID-19.

While pleased by that news, Hensley already had big plans in place. She is set to marry Russell High School sweetheart Matthew Eastham in June and then attend Shawnee State to pursue a Masters degree.

“My situation is I want to go into Occupational Therapy and (West Virginia) State doesn’t have that,” she said. “It’s heartbreaking. That’s what I’ve been planning to do for four years.”

Both schools have stepped up their efforts for Hensley.

“There are definitely a lot of things being offered, a lot of opportunities I’m getting,” Hensley said. “I have not talked to my college coach or teammates about what I’m thinking. I guess one thing I can say, I’m being offered hopefully a coaching position at Shawnee State. It would be like a graduate assistant. Right now they are trying to figure out a financial package.”

Hensley’s combined singles and doubles record at WVSU stands at 127-26. The school record is 144.

“I’m hoping the competitive part of Kierstin will push her to come back,” Simms said. “At the same time, I understand she was ready to move on with her life and career. It’s a tough decision.”

Last September, Hensley won the Atlantic Regional singles championship last September, then followed up by winning her first match at the national level. She finished the fall with a No. 12 national ranking — highest ever for a West Virginia State or Mountain East Conference player.

Hensley opened the spring in fine fashion with a 6-7, 6-3, 6-3 victory over Bellarmine University’s Ashley Jonathan at the Ashland Tennis Center. Jonathan went on to compile 29 singles and doubles wins before the season’s premature end.

“Kierstin’s had numerous big wins, and she won several matches against Division I teams,” said Simms, mentioning Radford, Dayton and Wright State. “I mean, she could have easily played high on a Division I team.”

Simms described her as a combination of the smartest, hardest-working and most coachable player to come through the program.

“That’s saying a lot because we’ve made 12 straight NCAA appearances won 10 conference championships in the last 13 years,” he said. “She helped take a really good program to an even higher level.”

The NCAA is scheduled to announce All-America selections soon and Simms feels certain Hensley has earned a spot.

“You find talented players, but to find a leader like Kierstin may be the most difficult thing,” Simms said. “She’s just amazing. I feel she still has a lot of unfinished business. In this unsettling time, you need a leader. I would love nothing else more than to coach her for one more year.”

Hensley developed strong bonds with her coach and teammates.

“Coach Simms seriously has been like a dad to me,” she said. “If I don’t go back to State I’m definitely going to miss him. He’s such a good person overall and definitely a good coach. He’s always been super supportive, always been someone I could go to.”

“I’ve met so many awesome girls,” Hensley said. “I’m very grateful and appreciative of having those relationships in my life. I will probably have four international girls at my wedding.”

Health regulations allowing, the event is scheduled for June 20 at Bridges Christian Church in Russell.

“Everybody asks me what my Plan B is going to be,” Hensley said. “I say I’m still on Plan A. We’ll see how it goes. I’m trying to remain optimistic.”

Hensley is certainly mindful of virus. She said her sister Kelsey’s travel nurse unit in South Carolina “got turned into a COVID unit. I have three family (members) basically on the front lines of this. You know that things can be taken from you super fast.“