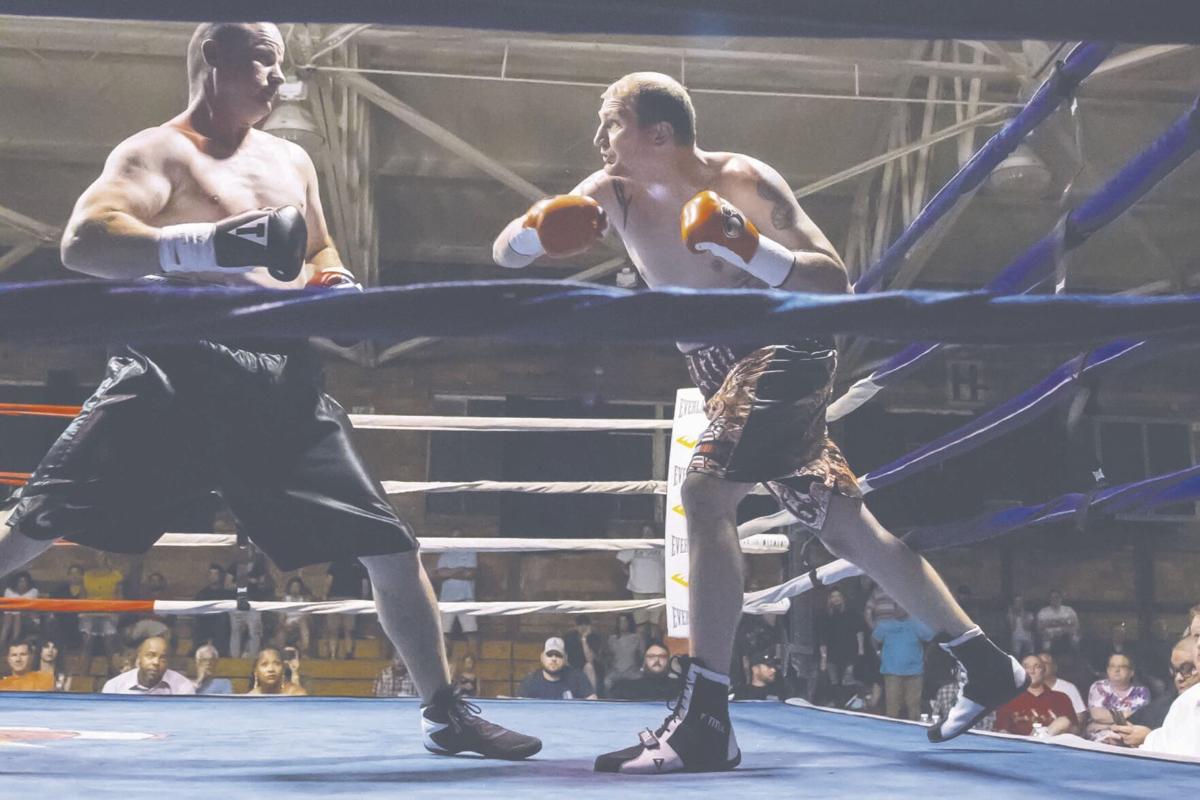 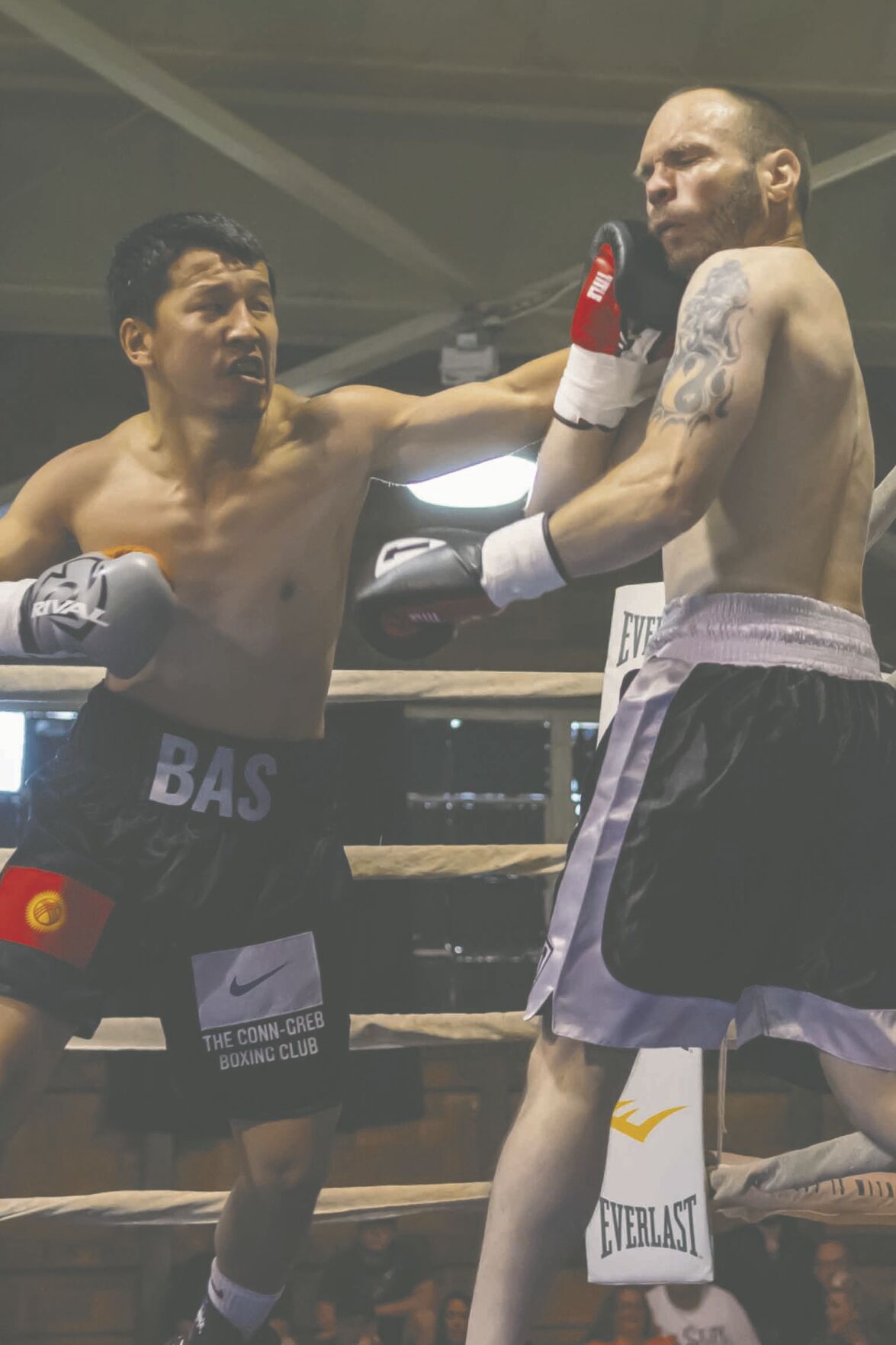 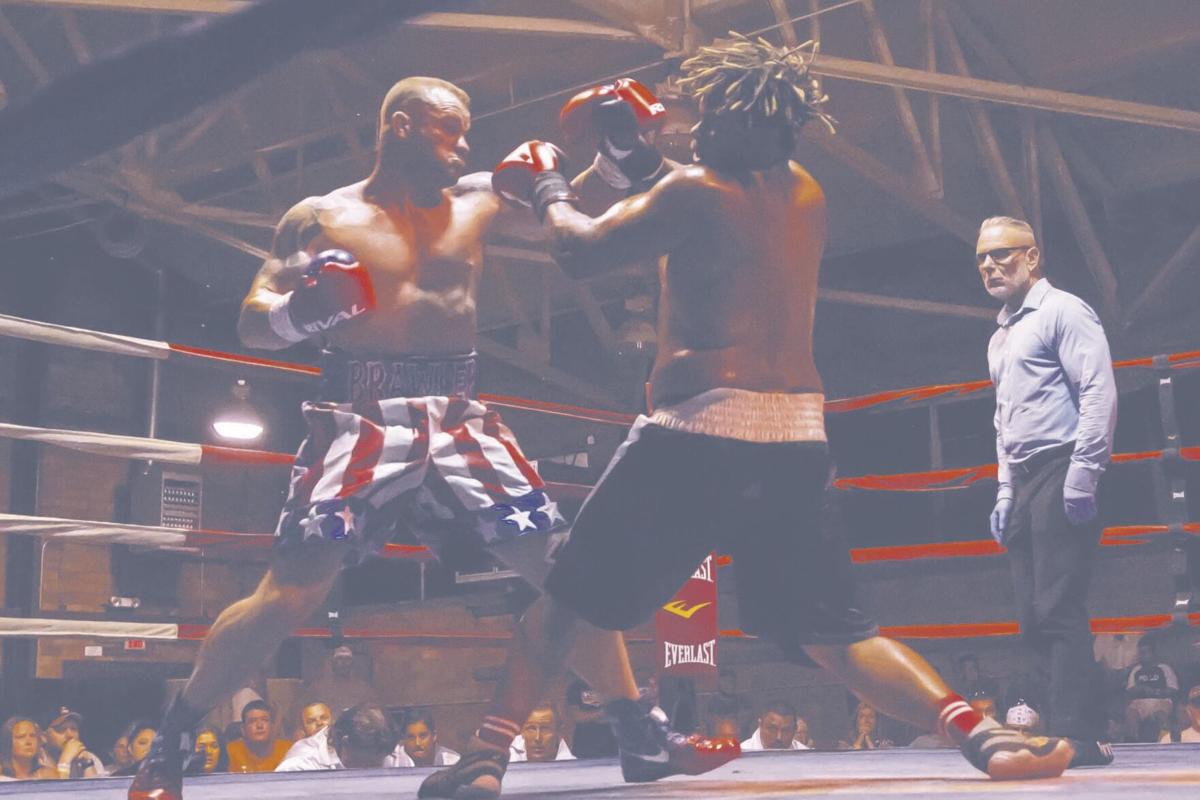 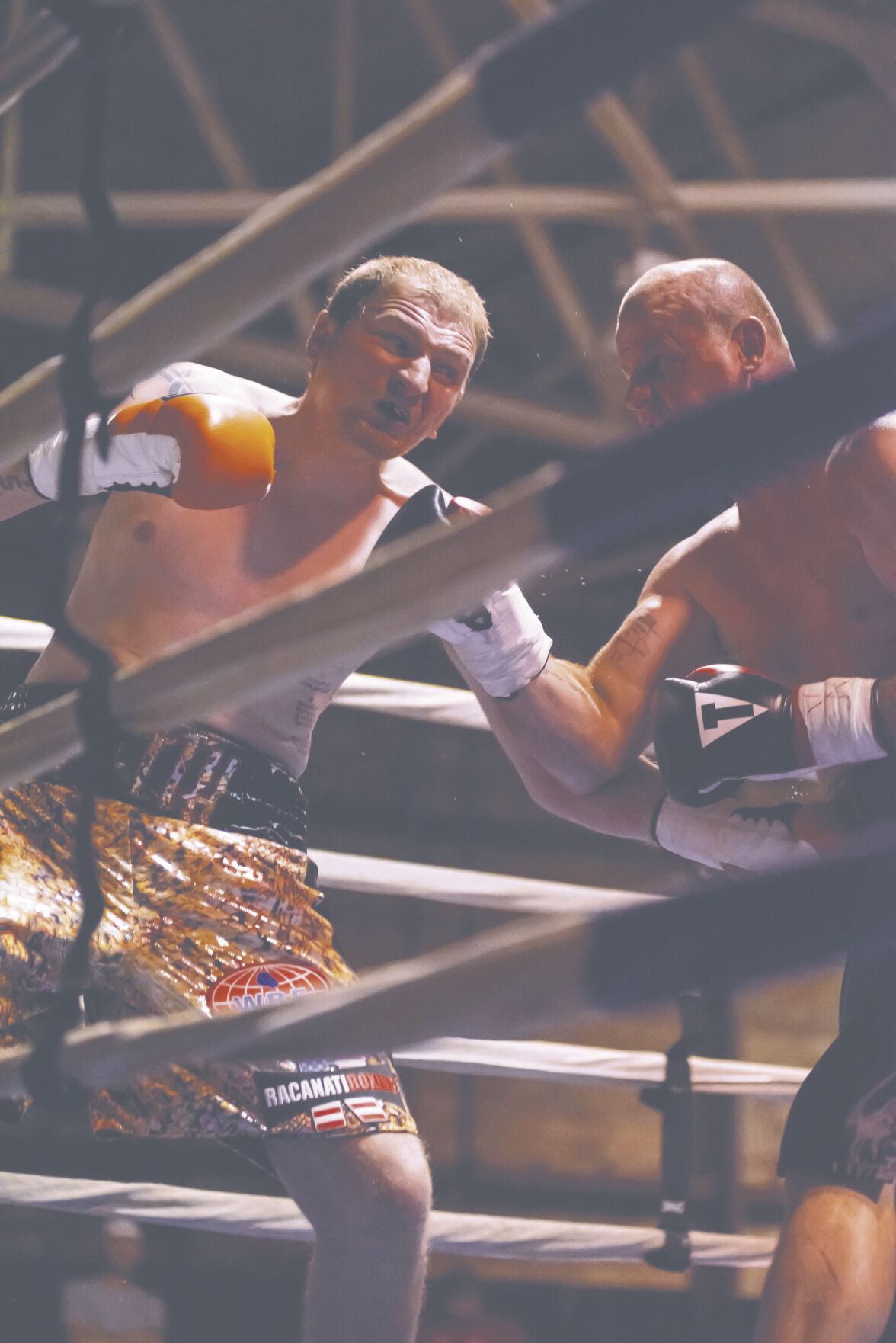 ASHLAND Travis “Rattlesnake” Hanshaw cracked a smile in the direction of his family Saturday night late in the second round of the main event matchup with Anthony Williams presented by East Coast Promotions.

The smile was actually directed toward one family member specifically, his son, who sat ringside along with his family to watch Hanshaw’s first match in nearly two years.

“Let him know daddy was going to be OK,” Hanshaw joked about the smile.

Hanshaw struck like his nickname that is displayed on the back of his boxing shorts, allowing Williams to connect on one big blow so Hanshaw could get the combo he wanted. One minute and 53 seconds into the third round, Hanshaw’s devastating 1-2 combo to the head and chin of Williams brought the match to a halt, giving Hanshaw the knockout win that sent the Ashland Armory crowd into a frenzy.

“I hit him with a body shot and I heard him grrr. I was like, it's just a matter of time now,” Hanshaw said of the knockout. “That’s why I slowed down and let him throw his punches and try to catch him with something big.”

The win pushed the Boyd County native’s record to 17-1-1 with eight total knockouts, his first since dropping Corey Budd in November 2016.

“I felt kind of sluggish,” Hanshaw said of his performance. “I should have had him (knocked) out in the first. He was tough and he took my blows. That’s why in the second and third rounds I paused a little bit. I was just gassing out so I needed to let him throw a little bit.”

The biggest issue for Hanshaw was the change in weight class, which he immediately said was the primary reason for many missed opportunities early in the match.

“Timing was off,” he said. “The weight change was big. I’m used to fighting super (heavyweight) and I fought heavyweight, so that was tough. That was a big change for me.”

Both fighters spent the opening three minutes of the match feeling each other out, but Hanshaw said he knew early on he would land the combo needed for the win.

“About 10 punches into the first round, I knew I was going to get him at some point,” Hanshaw said.

Saturday night’s main event marked the first time Hanshaw had stepped through the ropes against an opponent since defeating Nika Gvajava on Nov. 9, 2019, in Germany via a split decision.

Hence, the roar of the crowd as his hand was raised along with the long line of fans wanting a photo with the champ.

“It was awesome,” Hanshaw said with a smile. “I was supposed to go overseas and didn't get to. I was going to defend my world title and COVID got me. I signed my biggest payday, and it could have retired me and COVID hit me and I didn’t get nothing.

Both boxers connected with a handful of big blows over the first three rounds until Yates became the aggressor in the fourth stanza. While the duo traded punches early, it was Yates who sent Merheim staggering into the corner in the fourth.

Yates's assault continued into the fifth after a right hook opened the area above the left eye of Margheim. Yates finally sent Margheim to the mat in the final round, but a standing eight-count was all that was given as the match went the full six scheduled rounds before being decided by the judges.

Yates said Margheim’s approach, along with fighting in a different weight class, forced him into several needed adjustments to earn the win.

“His reach was a little more than I expected, so my timing was off,” Yates said. “I was trying to set stuff up and he switched and went southpaw, which is a little unorthodox, on me a couple times, so I had to adjust. He was throwing a lot of feints, so every time I tried to throw a jab, he was always throwing something over top of it.”

The prelude to the evening’s main events saw five matches, with only one going the full collection of scheduled rounds. Bas “Pacman” Baratov continued with a frenzy of punches to end the first round into the second to earn a knockout of Mike Russell 1:26 into the round. The second match of the night saw Haven Brady Jr. defeat Nathan Benichou by TKO only 93 seconds into the bout.

Match three was scheduled for eight rounds, but Oleh “Ukraine Pitbull” Dovhun pushed his record to 12-0 with a TKO win over Julio Garcia. Charles “Bad News” Conwell defeated Silverio Ortiz by unanimous decision, 80-69, in an eight-round slugfest that saw Ortiz face standing eight-counts in the fourth and twice in the seventh rounds, but the Mexican-born fighter refused to stay down while withstanding Conwell’s flurry of punches in the late rounds of the match. Conwell’s record improved to 15-0.

Chris “The Hammer” Brammer returned to the ring for the first time in nine years and needed only two of the scheduled four rounds to earn a victory by retirement over Jeramy Karshner. Brammer sent Karshner to the mat in both rounds, with a powerful uppercut in the second being the deciding blow.

The Ironton native earned his first win since 2011 and donated his earnings from the event to a coworker whose son is battling leukemia.