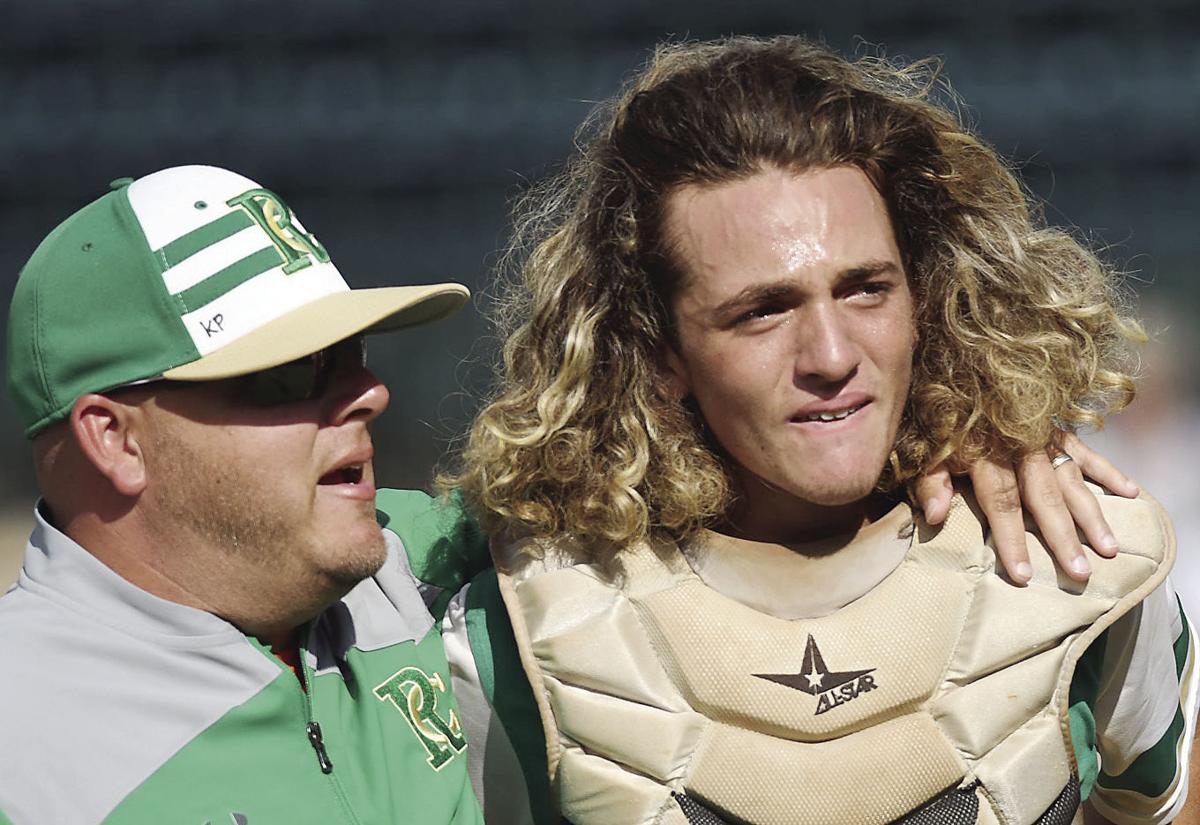 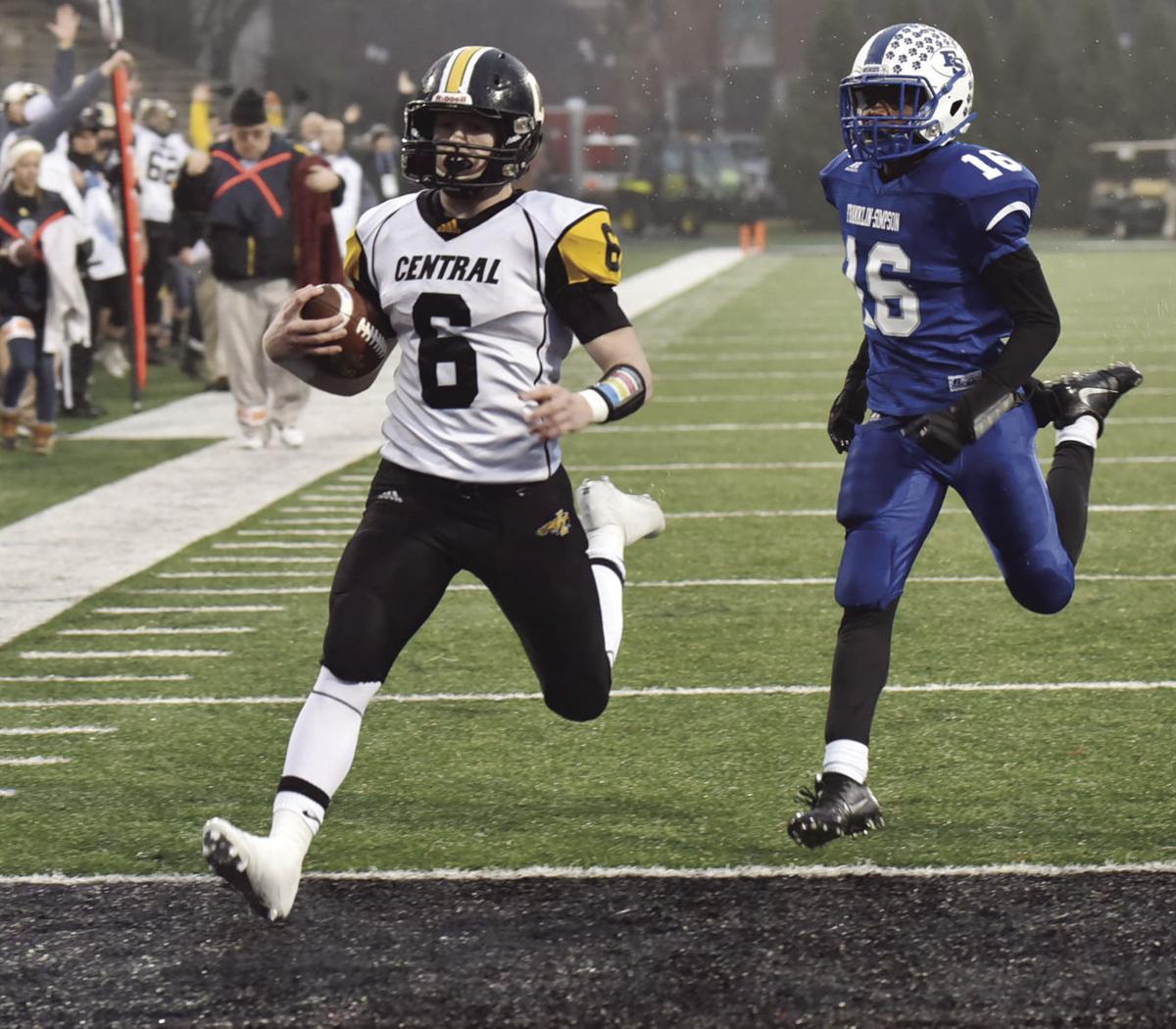 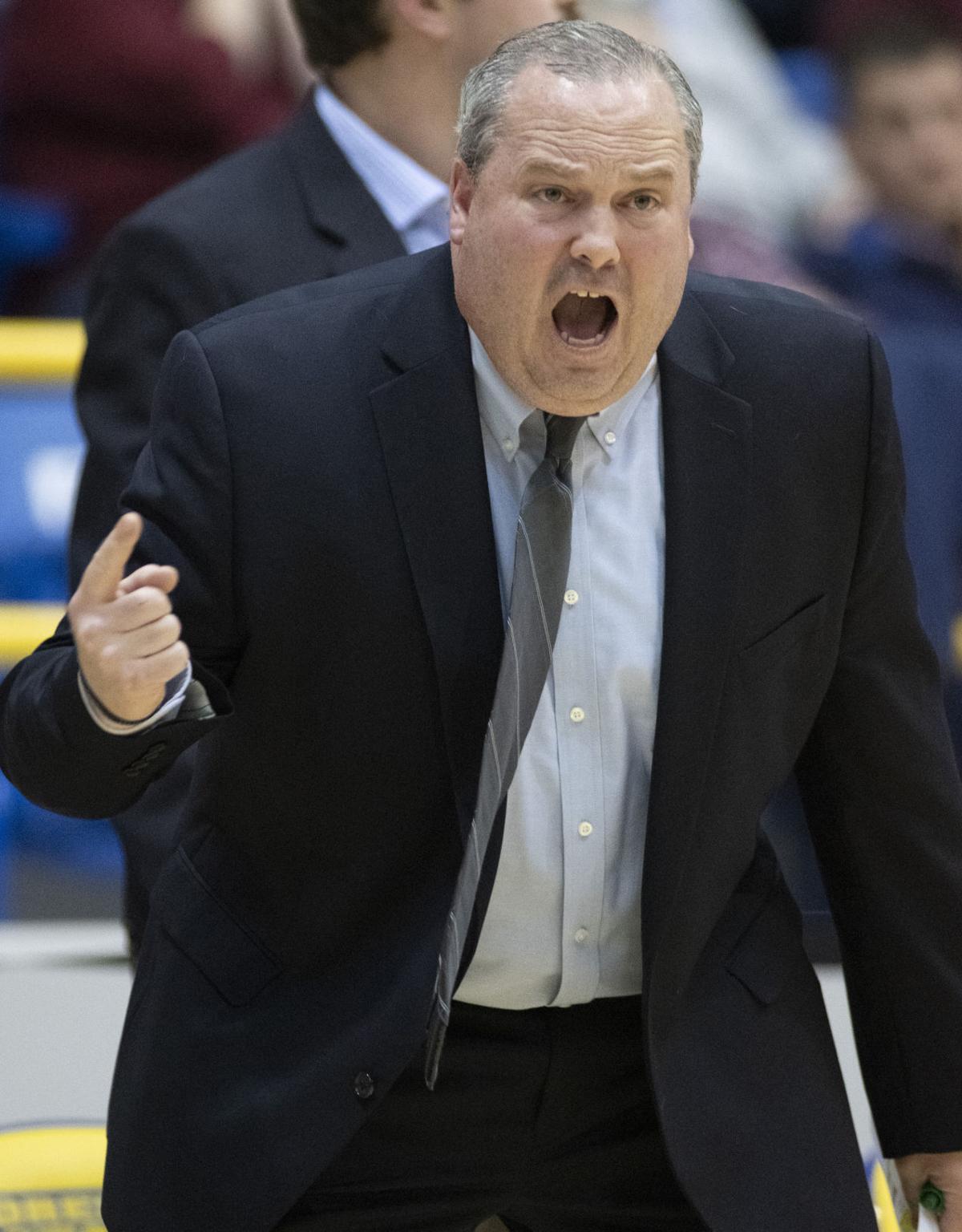 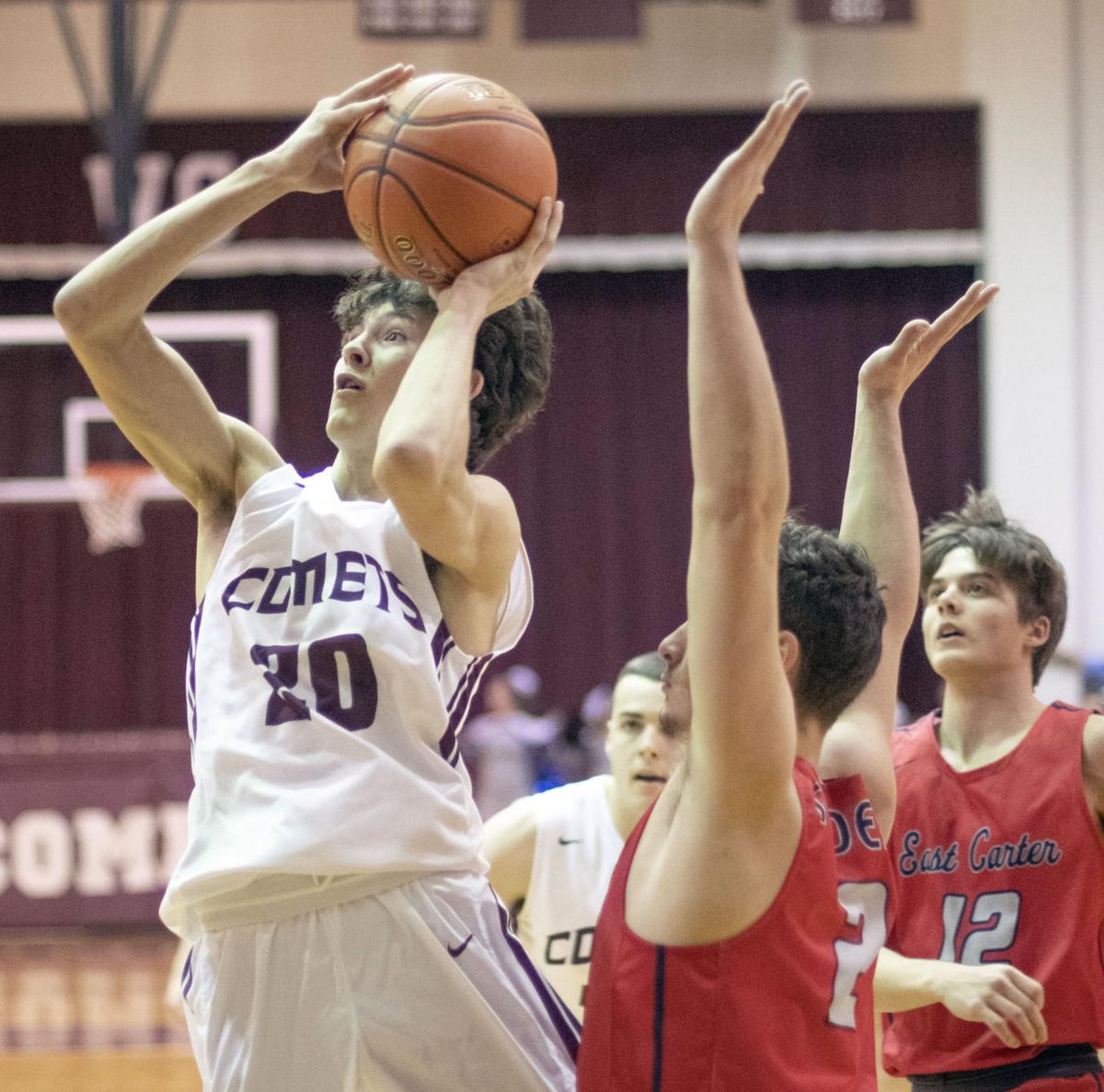 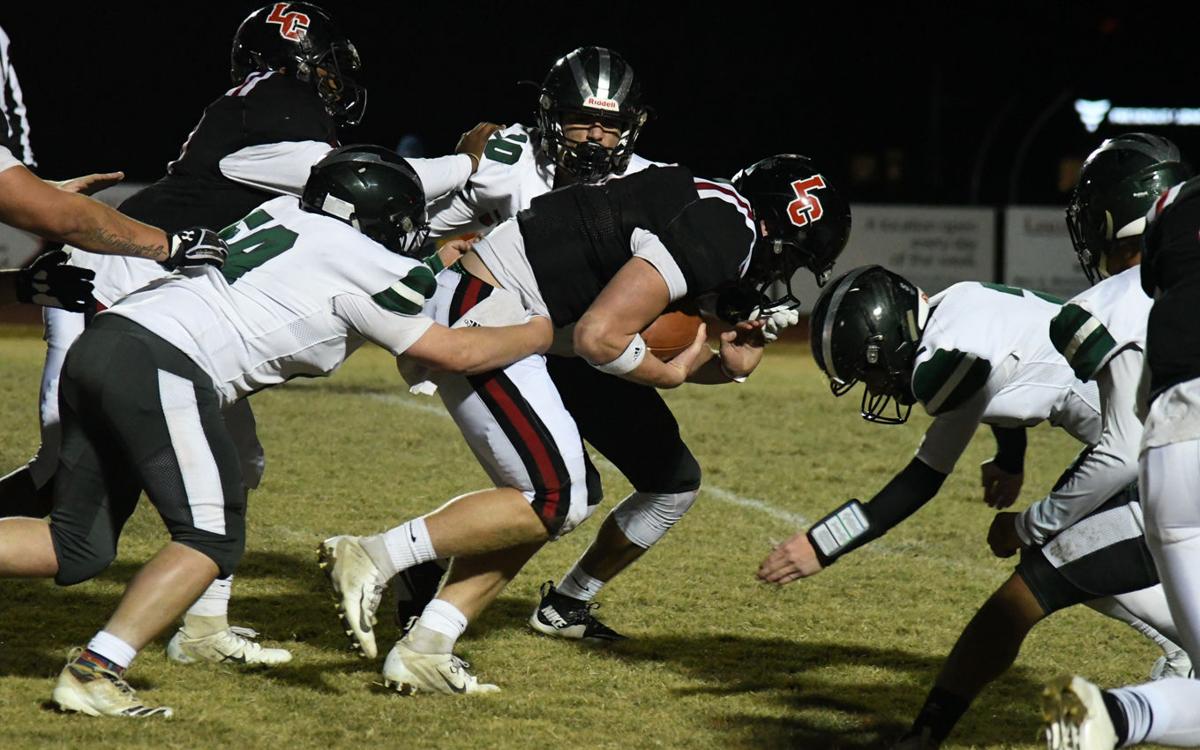 The result was the first state title for Johnson Central in a taking-to-task of undefeated Franklin-Simpson in the 2016 final.

Johnson Central cranked the running clock shortly after three scoring runs in the first 18 minutes from game MVP Joe Jackson, and it became the first defense to post a third straight shutout to clinch a title since at least 1997.

A great game it was not. It was an evening of joy and relief for a team that had battled tragedy off the field and on it had the misfortune to meet the season-ending brick wall of Highlands and Covington Catholic eight times between 2006 and 2014.

KHSAA realignment may have cleared a path, but the Golden Eagles authored their own breakthrough statement.

4. A Sprint, Then a Marathon

Before there was 33-0, there was the largest second-half comeback in 16th Region Tournament history.

The Tomcats clawed back, and Justin Bradley forced overtime with his first bucket of the game with 20 seconds left in regulation. He added a 3-pointer to put the Tomcats ahead to stay with 1:48 to go in overtime.

Ashland has only lost once since. The Tomcats next won their first region championship in 17 years, claimed a victory in the first round at State and went 33-0 this winter.

Forget 32 minutes. Forty-four almost didn’t do it in a Carter County collision in the 2019 62nd District semifinals.

Down three in the final 30 seconds of regulation? Bam — a Micah Adams trey. Trailing by two with less than 10 seconds left in the first extra session? Swish — a Treven Tussey baseline runner. Behind by a deuce in the last 30 seconds of the second overtime? Two Hunter Binion free throws.

The Raiders almost did it again in the third OT. Down three, East Carter got off a long potential tying triple at the horn, but it found only iron as West Carter escaped, 62-59.

Rodney Evans scored 22 points for the Comets and Trace Tackett came up with 13 off the bench.

Wan’Dale Robinson was the center of the commonwealth’s attention the day before the first round of the 2018 Class 3A playoffs.

He took a back seat to Noah West one night later.

Lawrence County’s quarterback did everything except complete a pass and work the chain gang. West ran 45 times for 393 yards and seven touchdowns, carried for nine two-point conversions and made the game-clinching interception as the Bulldogs outlasted Western Hills, 78-74.

Robinson did his best to match West’s exploits. The eventual Mr. Football winner, who’d committed to Kentucky the day before (eventually landing at Nebraska), amassed 360 yards of offense and four scores for the Wolverines.

West ran for the winning touchdown and two with 5:46 to go. He then snuffed out the Wolverines’ last-ditch drive with a pick at his own 10 in the final minute.

West so impressed Western Hills that Robinson and its recruiting coordinator offered the Bulldogs their connections for West’s recruitment through a media intermediary.

Rowan County’s 4-3 nine-inning loss to Muhlenberg County in the first round of the 2017 state tournament wasn’t just baseball.

It was community congregation, therapy for the Vikings and their backers.

Two days earlier, coach Keith Prater had been diagnosed with leukemia. In a cruel twist of fate, having piloted the Vikings to their first State game in 34 years, Prater couldn’t go. But he was in Lexington — lodged at the University of Kentucky Hospital, from where he FaceTimed the Vikings during a break between innings.

Rowan County didn’t win — the Mustangs concluded a thrilling back-and-forth contest by scoring a walk-off run on a Vikings error in the bottom of the ninth — and neither did Prater. The charismatic coach succumbed to cancer at age 38 about six weeks later.

But, though Rowan County desperately wanted a victory, the sunny summer afternoon also felt like a celebration of life and of the fight to preserve it and to make it meaningful. And it was difficult not to leave Whitaker Bank Ballpark having felt the healing and unifying potential of sports.