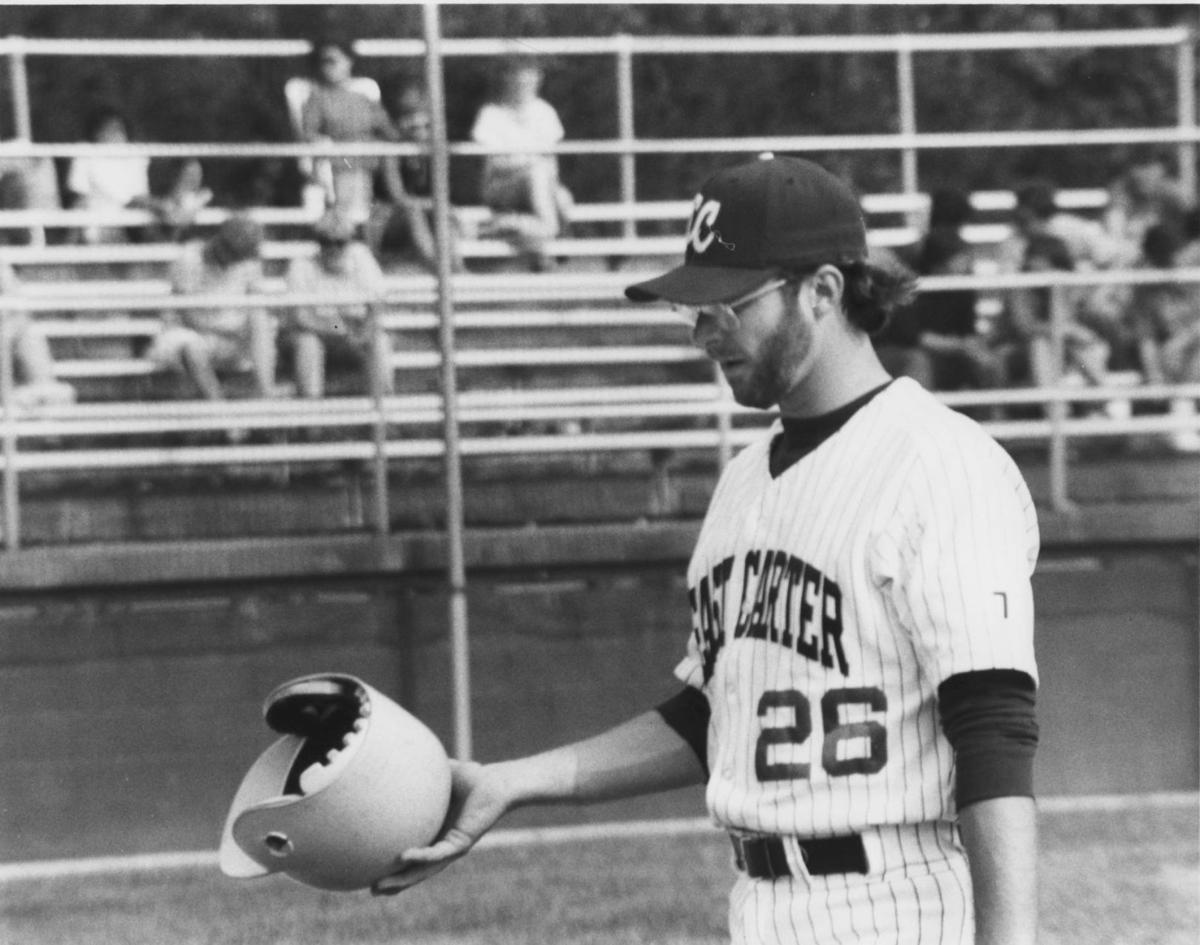 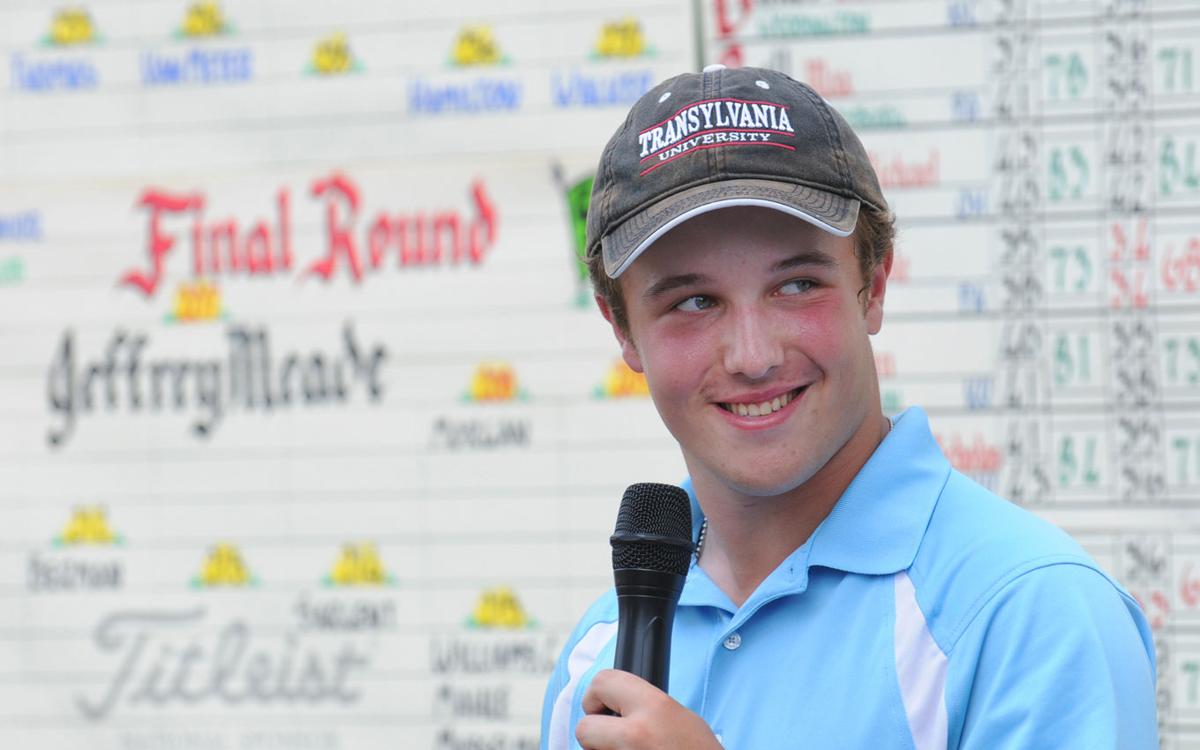 Jeffrey Meade, of Ashland speaks after winning the AJGA Bluegrass Junior by one stroke at Bellefonte Country Club Friday. KEVIN GOLDY / THE INDEPENDENT 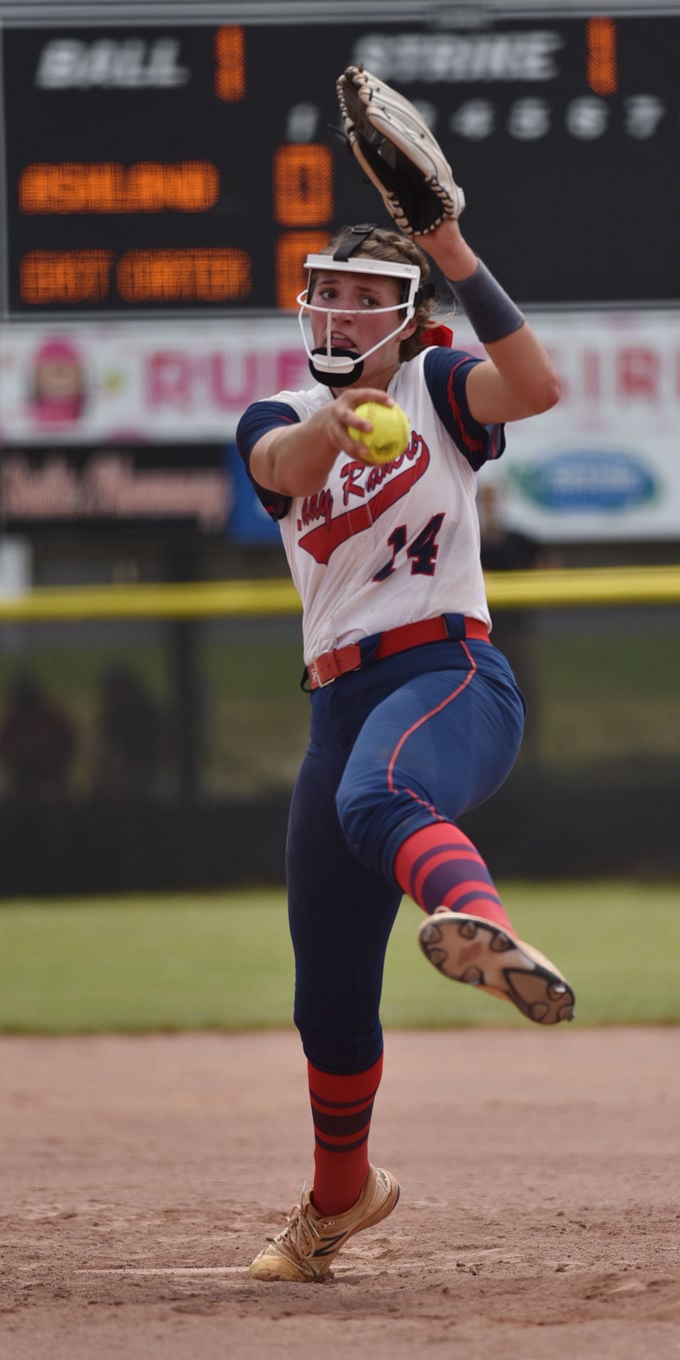 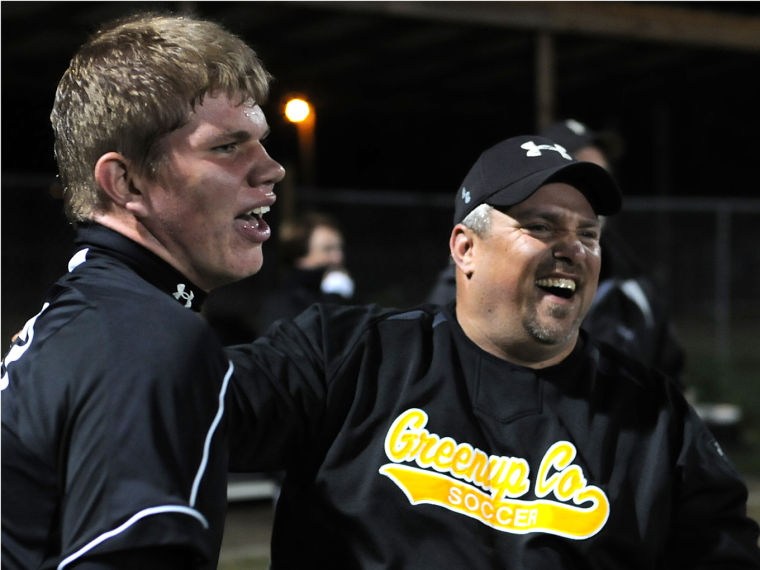 Jeffrey Meade, of Ashland speaks after winning the AJGA Bluegrass Junior by one stroke at Bellefonte Country Club Friday. KEVIN GOLDY / THE INDEPENDENT

Perennially a non-contender, Greenup County’s boys soccer team came out of nowhere in 2012 to hoist the 16th Region championship trophy in Grayson.

The Musketeers had never even made it to the region tournament. A 3-1 win over Fleming County broke the ice there, but a huge obstacle loomed. Coach Andy Zabrieszack told his players they had to say “You can beat Russell” 200 times apiece in each of the next couple of days.

It worked. The Musketeers pulled off a 4-3 stunner against the two-time defending region champs. A month earlier, the Red Devils had dominated Greenup County, 11-2.

They next knocked off Boyd County 2-1 in overtime for the championship.

American Junior Golf Association tournaments are the teen equivalent of playing on a pro tour.

Going wire to wire to win his hometown Bluegrass Junior in 2012 couldn’t have been more gratifying for Ashland’s Jeffrey Meade, who was playing in his final AJGA event.

A personal-best tournament round of 66 on opening day — fueled by six birdies — put him atop the leaderboard by three shots.

Two days later, Meade held off a charge from Lexington’s Chandler Morgan. Meade made an uphill, 35-foot birdie putt on No. 17 and won by one shot.

A potent Ashland wishbone offense rarely punted and sometimes didn’t bother to pass during the 1990 season.

In a showdown of 13-1 teams at Louisville’s Cardinal Stadium, Lincoln County proved powerless to contain the Tomcats.

Ashland won the Class 3A state final 35-13 after rushing for 370 yards and limiting the Patriots to five first downs.

Running backs Chris Hutt and Charlie Johnson accounted for all five of the Tomcats’ touchdowns. The speedy Hutt carried for a season-high 175 yards, including scores of 67, 25 and 21 yards. The last came with 9:23 remaining and put the game out of reach.

The Patriots came in allowing less than nine points per game, but Ashland set the tone by scoring touchdowns on its first two possessions.

Just when all the superlatives for Montana Fouts had been exhausted, East Carter’s senior took it up a few more notches during her 16th Region Tournament farewell in 2018.

Ashland got off the easiest by walking Fouts all four trips — three intentionally — in the opening round. Unfortunately for the Kittens, they had to bat against her.

The future Alabama star pitched a perfect game in a 10-0 six-inning win. Fouts struck out the entire lineup the first time through and also fanned the last seven batters.

Region semifinal and championship game opponents Raceland and Boyd County hoped to fare better, but to no avail.

Against tournament host Raceland, Fouts surpassed the 400-strikeout season mark and became Kentucky’s all-time winningest pitcher with No. 143 in a 10-0 romp. Fouts also went 3 for 3 with two home runs.

Those who wondered how Fouts could follow up those two stellar performances got an eyeful in the final. She fired a two-hitter, hammered a grand slam onto U.S. 23 and homered again in the seventh versus Boyd County.

The Lady Raiders’ 11-1 victory completed a region three-peat and sent them to Owensboro with a 37-0 record.

Hollywood met reality in 1984 when the Kentucky state baseball championship made its only appearance in Johnson County.

“The Natural,” starring Robert Redford, was showing in theaters across the country. His character, Roy Hobbs, launched a dramatic, pennant-winning home run into a bank of stadium lights. It set off an endless shower of sparks as the hero circled the bases.

Against that backdrop, East Carter slugger Kevin Bair did the real thing — minus special effects. With the Raiders down to their final out, Bair’s two-run bomb disappeared into the Paintsville night, giving the Final Four newcomers a 10-9 victory and state title.

Raiders fans bolted out of the stands and onto the field with faces and screams of pure elation.

A rising Thorobreds program went on to collect three state titles in the 1990s and another in 2010. But ‘84 forever belonged to coach J.P. Kouns’s Raiders.